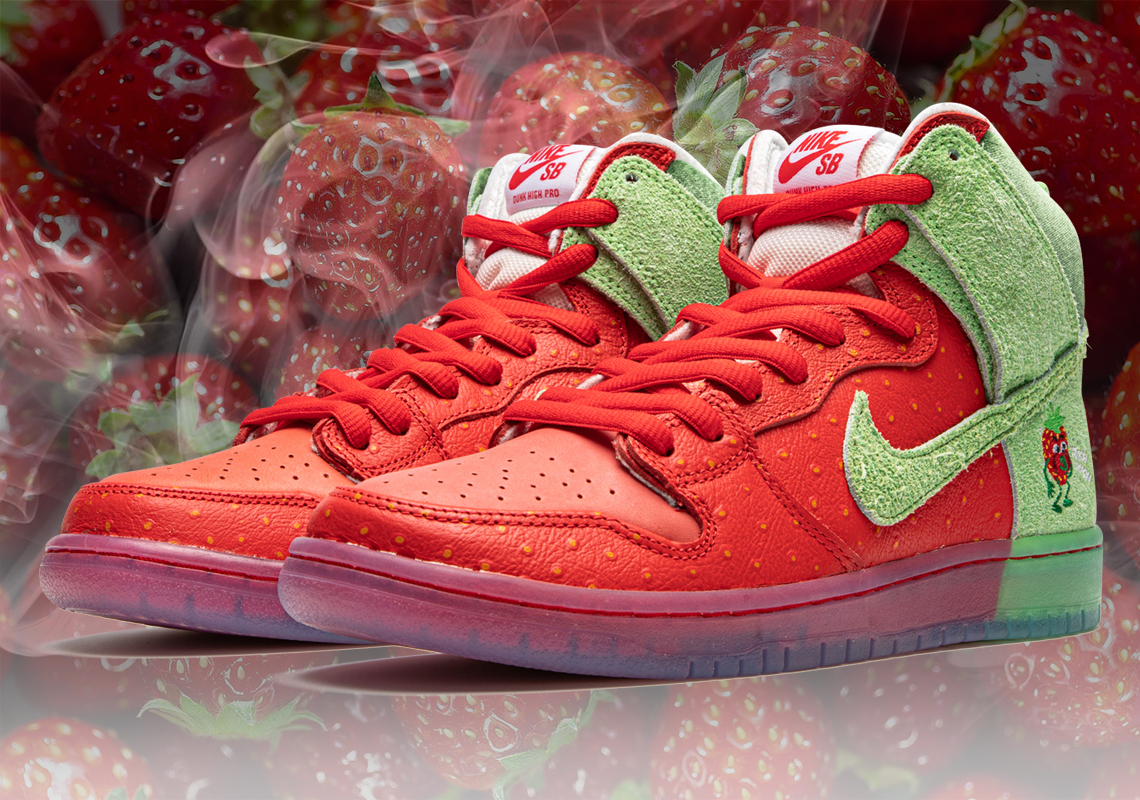 Every 4/20, Nike SB prepares something special — whether it be the elusive Reverse Skunks or the relatively more accessible Dog Walker. But earlier this year, alongside one the aforementioned, the brand let reveal the Dunk High Pro QS “Strawberry Cough,” a special colorway that was supposedly scrapped before it ever saw the light of day. And now, according to retailer Caliroots, there’s finally word of an official release that’s likely slated for later this year — though exactly when is unclear.

For the initiated, the “Strawberry Cough” pays overt nod to weed culture in both its colorway and its use of imagery. Red tones and various dotting honor the fruit that is its muse, while green suedes at the heel finish the connection with subtle hints of marijuana color. Translucent soles provide yet another cosmetic treatment, accenting below the embroidered image of a personified, coughing strawberry.

Grab a detailed look at the pair right below, and if you were upset about not being able to cop originally, keep your eyes peeled for the upcoming release. 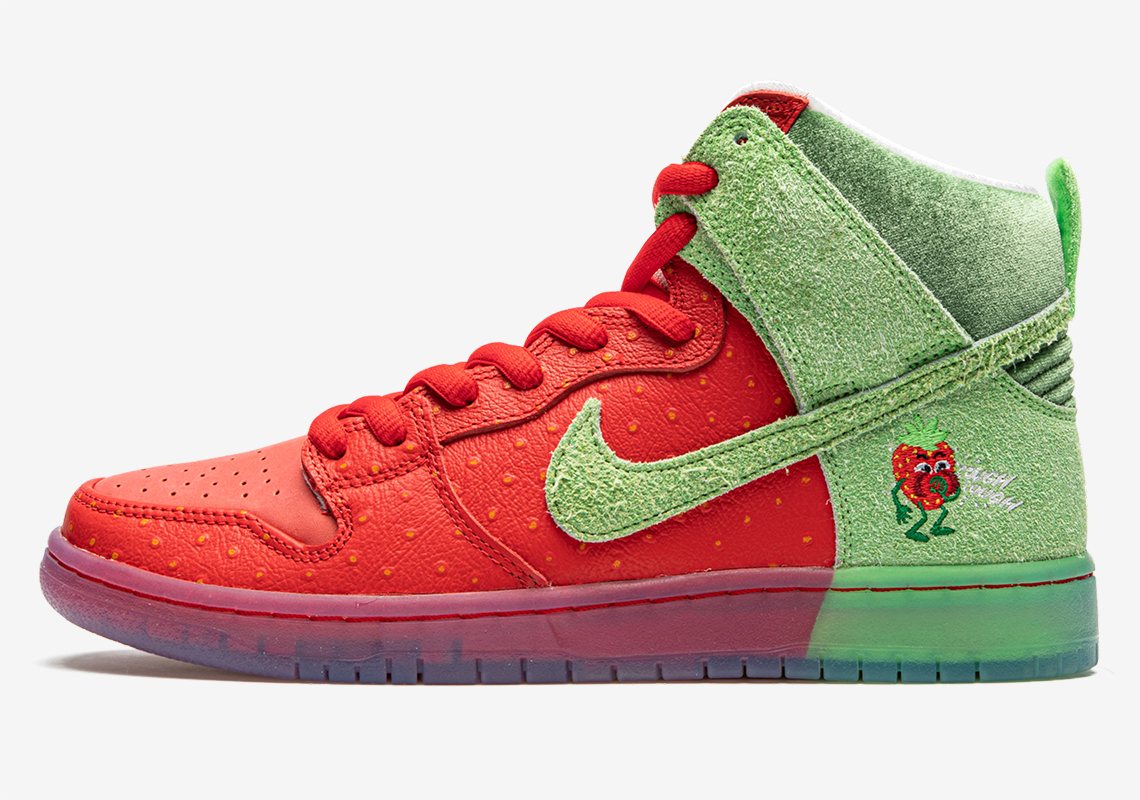 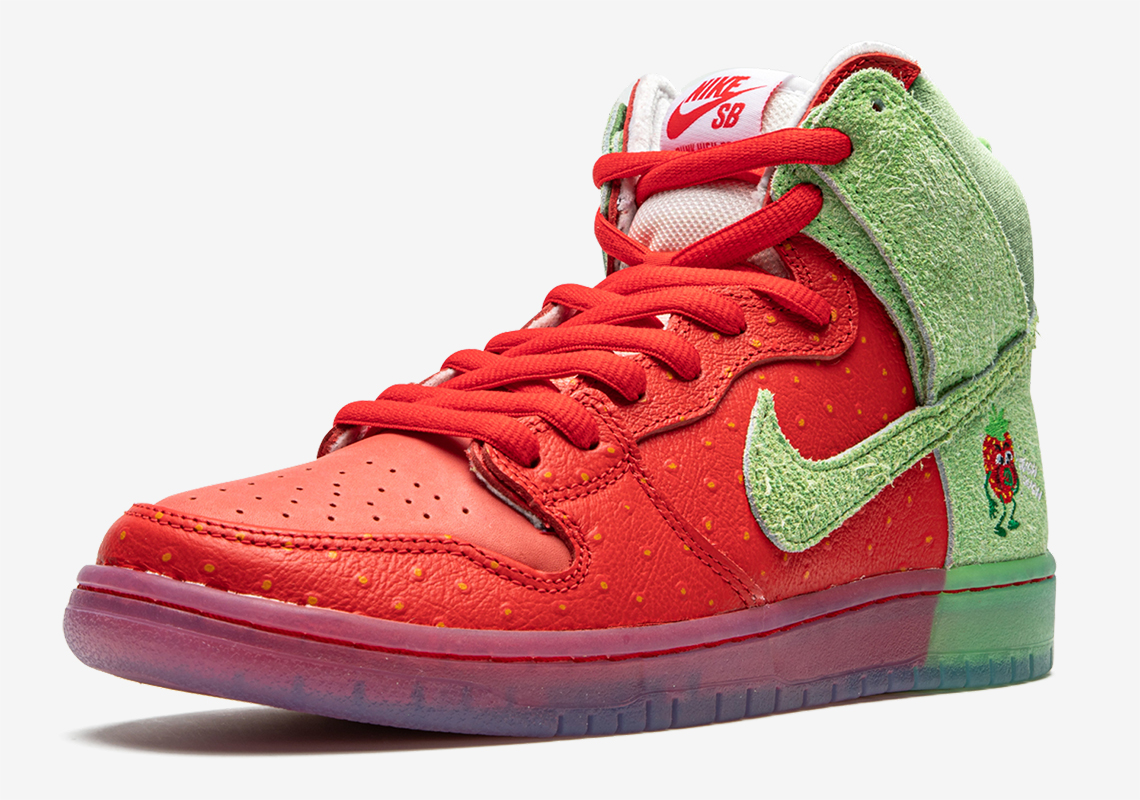 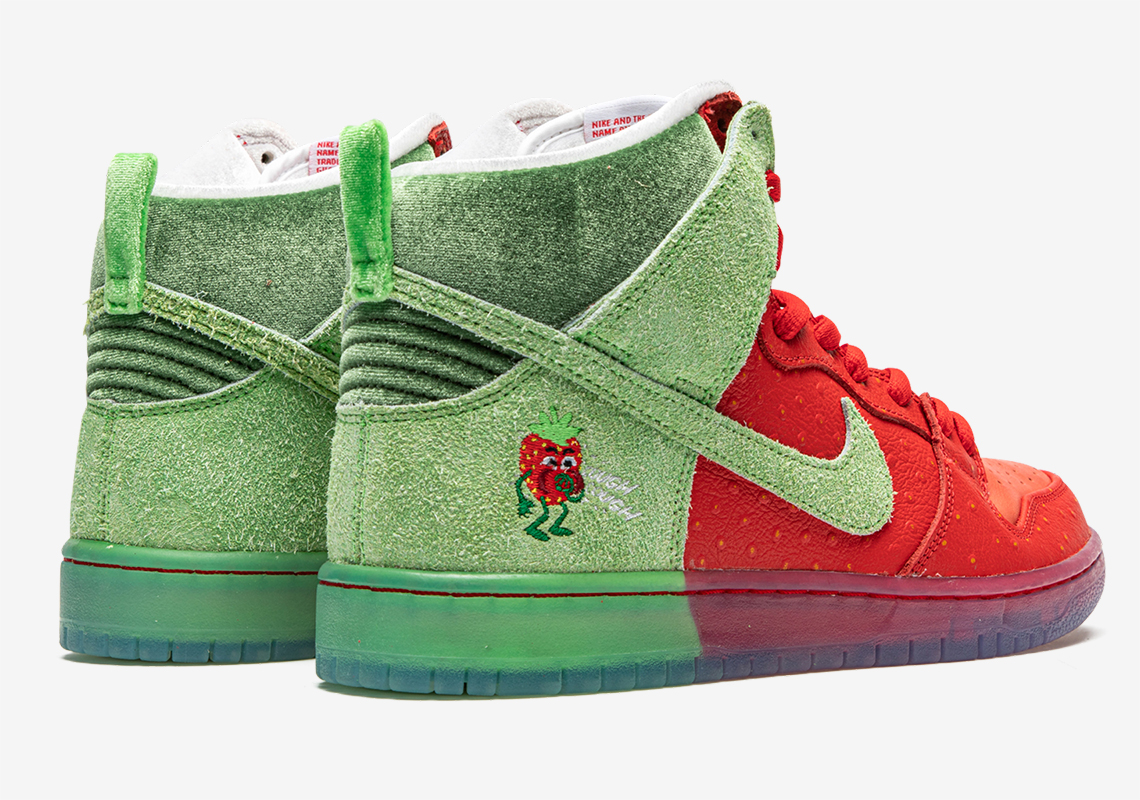 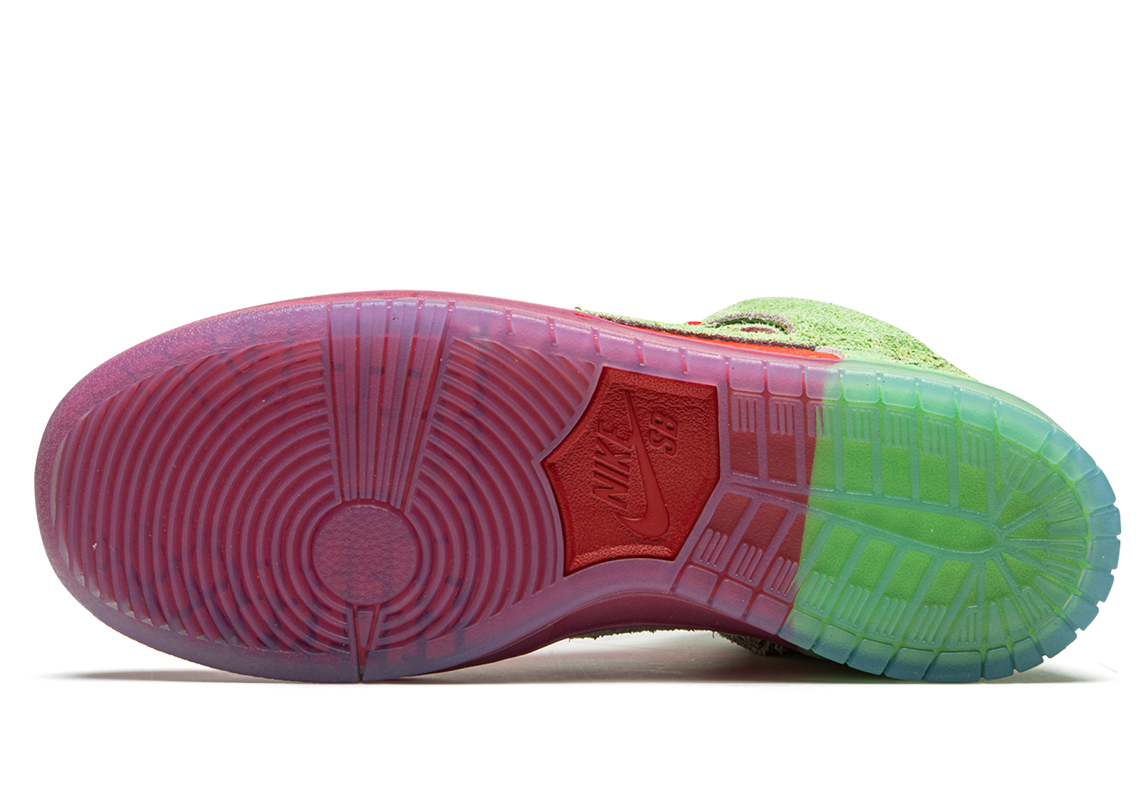