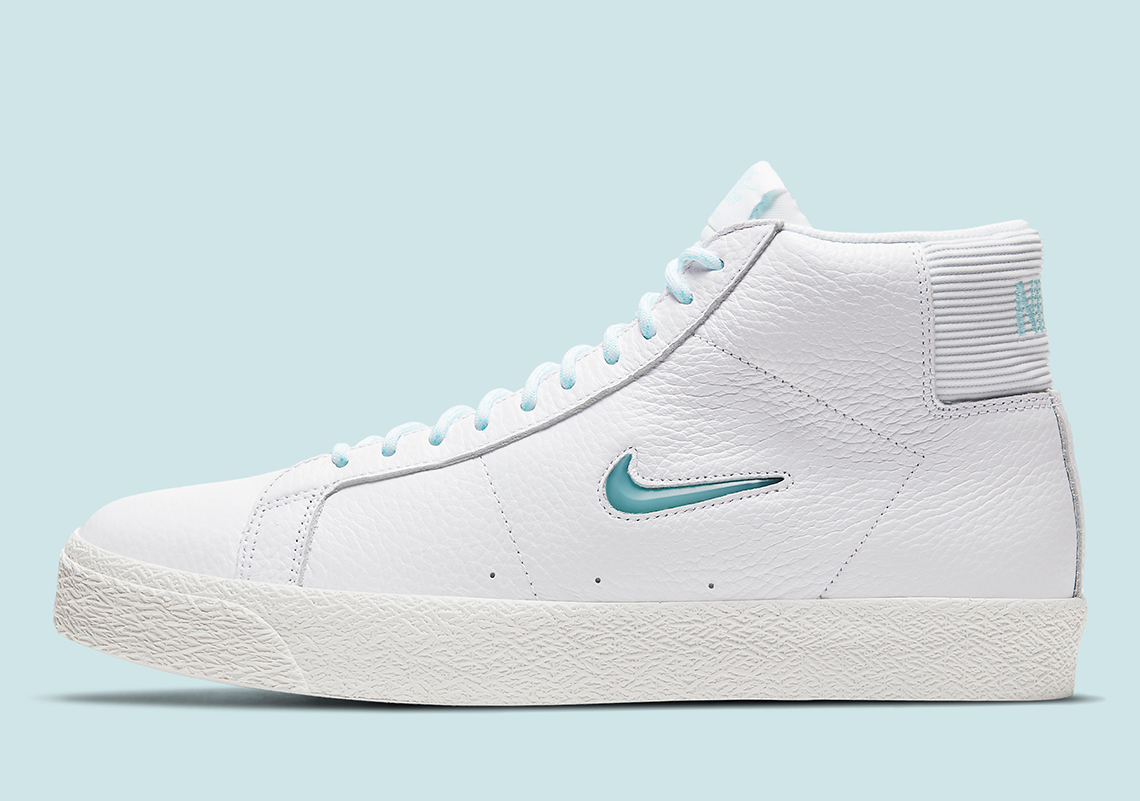 Nike SB has been rather experimental with the Zoom Blazer Mid, tweaking its upper with sashiko stitch and even jewel swooshes. And now, after the latter’s Black/Gum reveal, we’re soon to see yet another colorway that contrasts in near full white shading. Tumbled leathers and Sail midsoles benefit visually from the lighter aesthetic, both of their textures standing out more pronounced than that of the aforementioned. Even the jewel swoosh itself seems louder by comparison, something to which its bright blue coloring is owed credit. Elsewhere, in complement to the branded fixture, the laces, tongue patch, and “NIKE” embroidery at the corduroy heel are marked with aqua tint. Grab a detailed look at these here and expect a release to arrive on Nike.com soon.

In other news, the Dunk Low Community Garden is releasing this week. 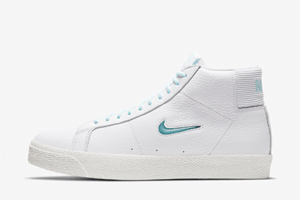 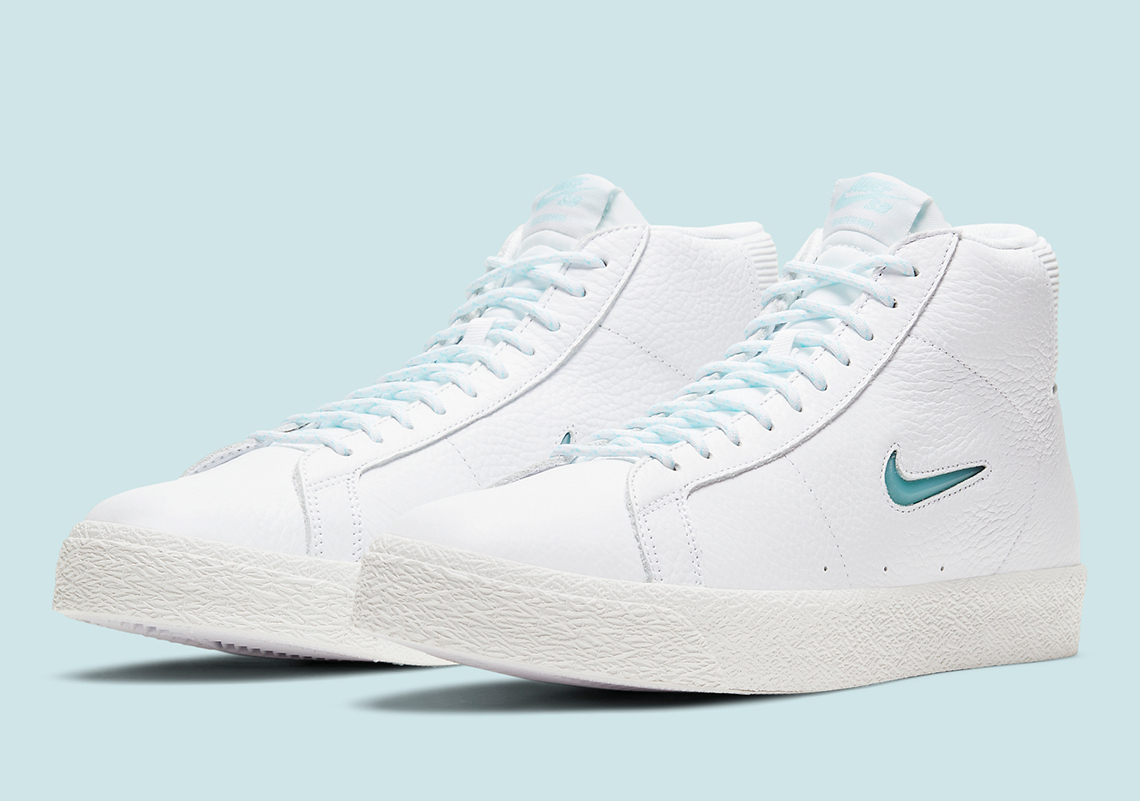 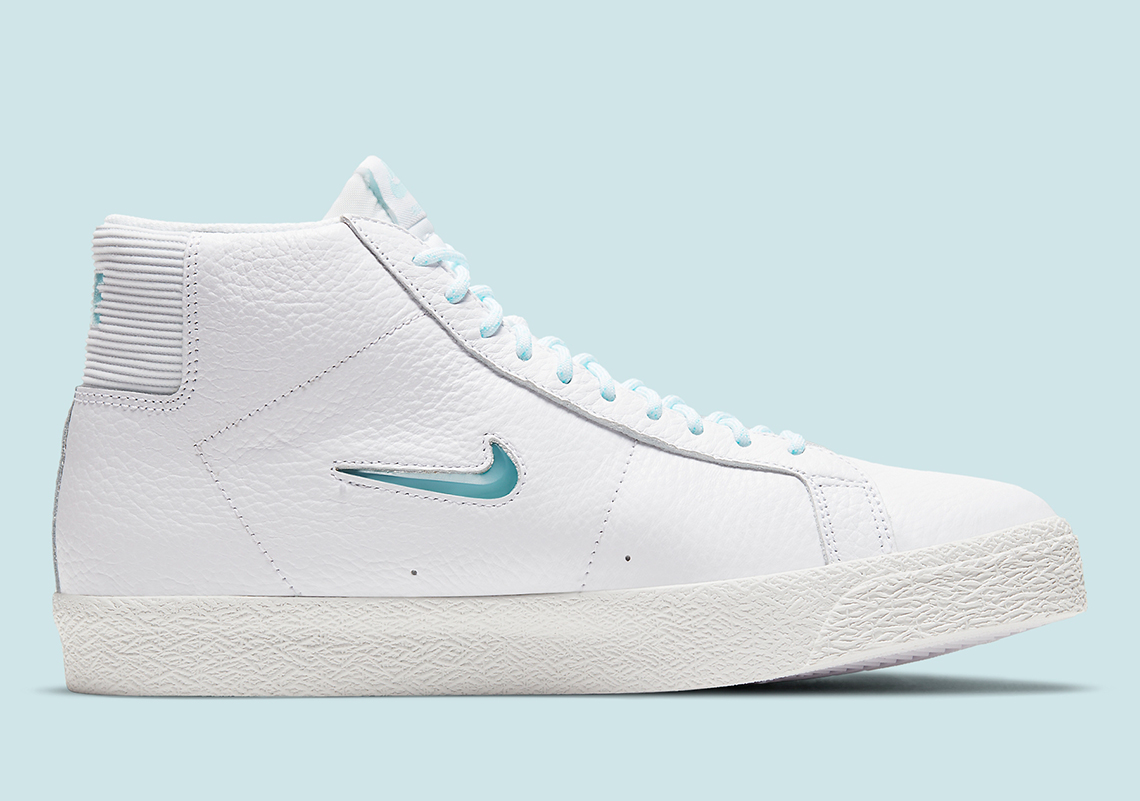 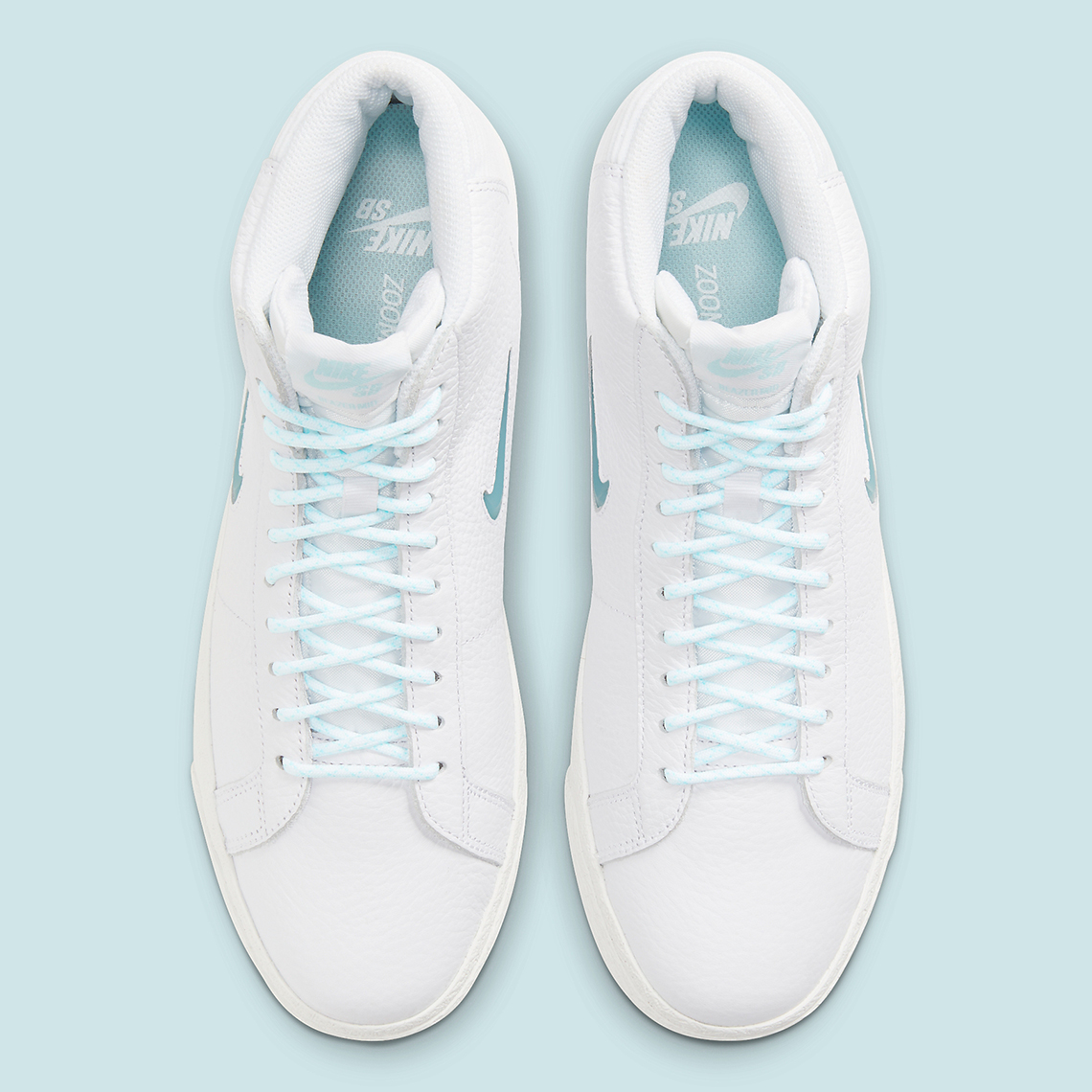 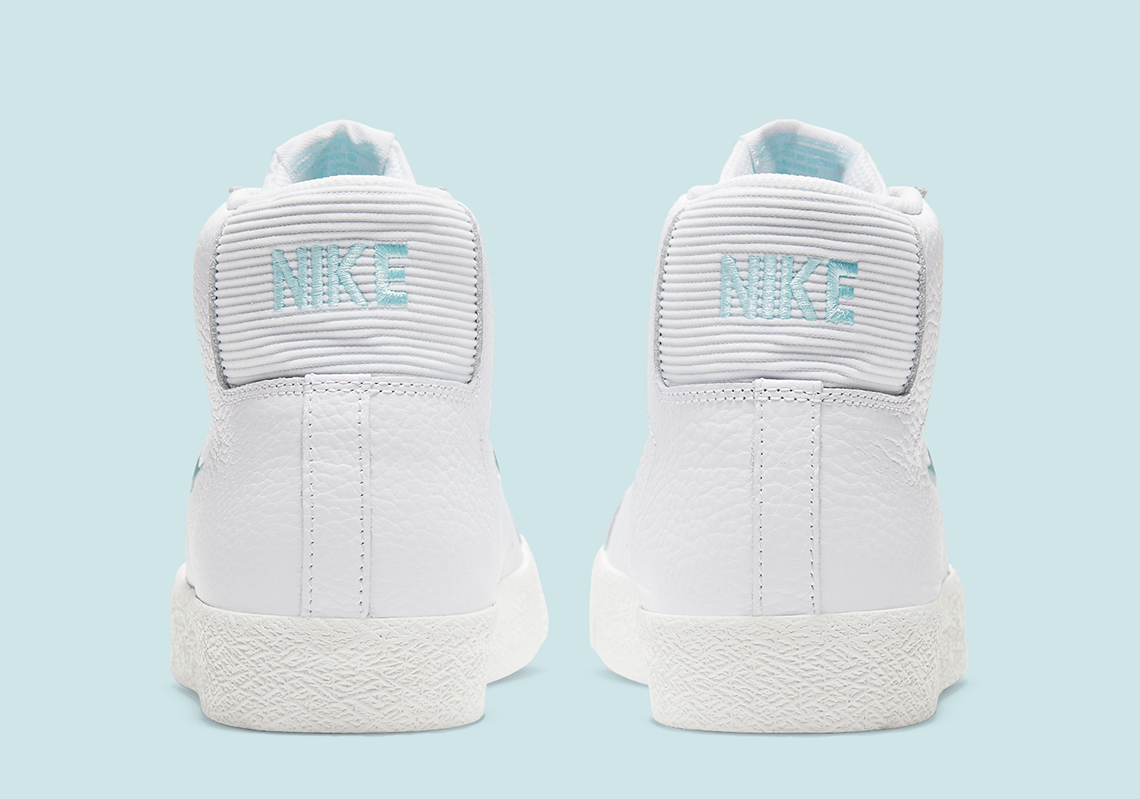 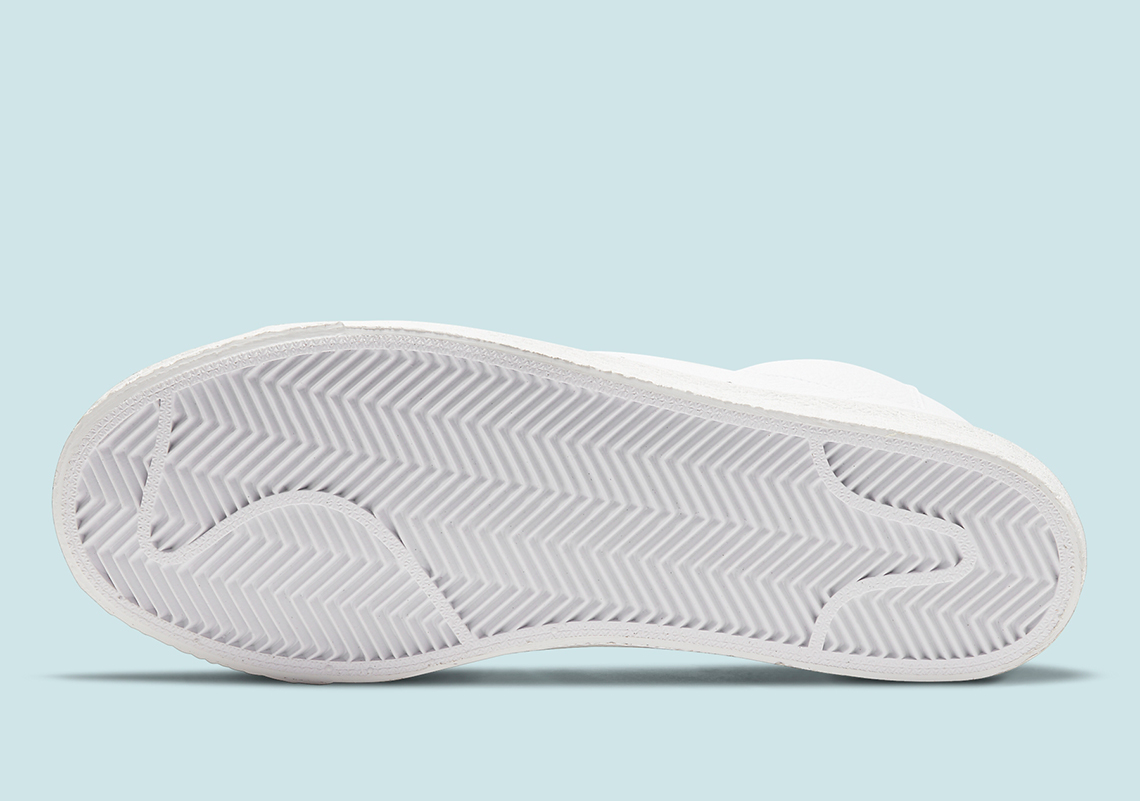 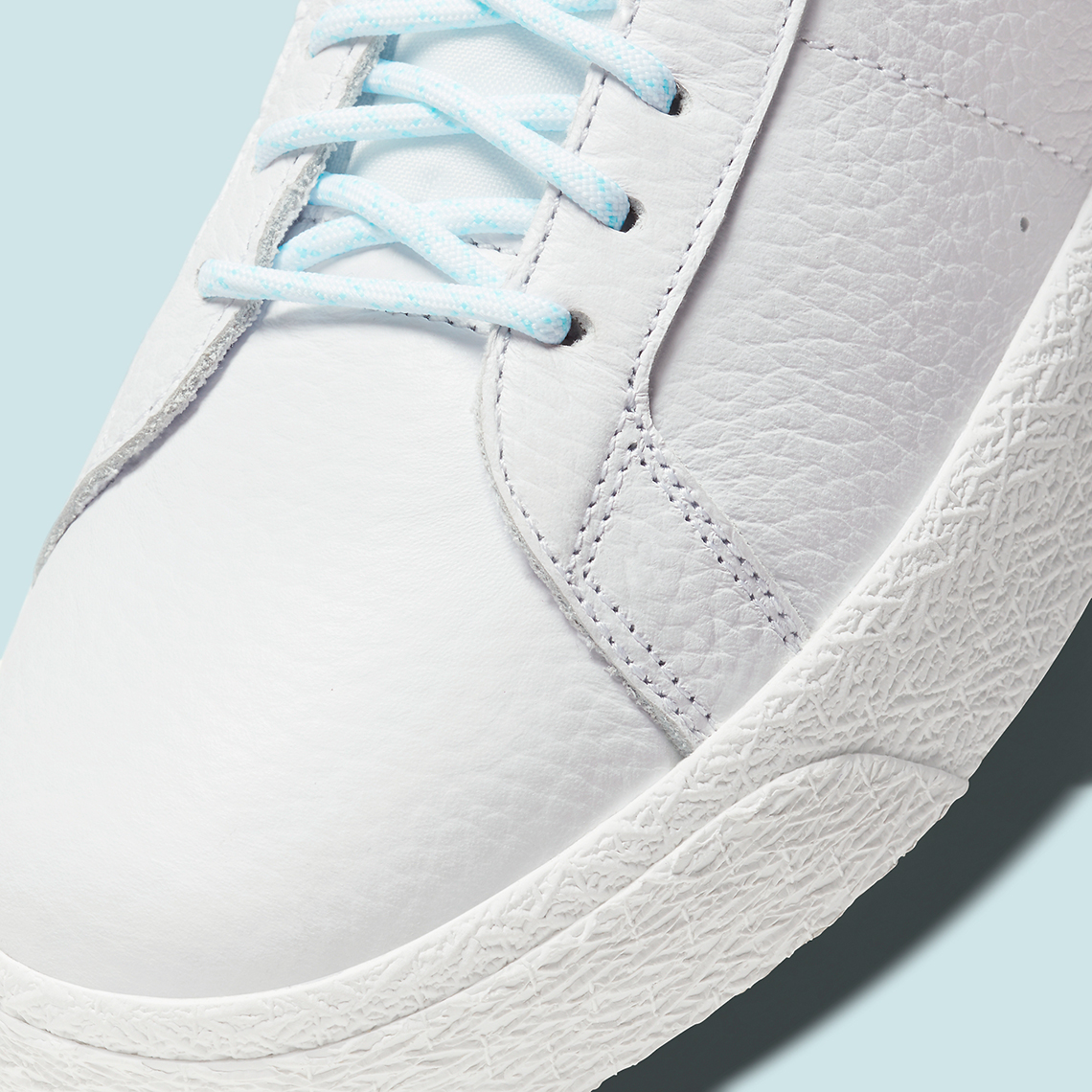 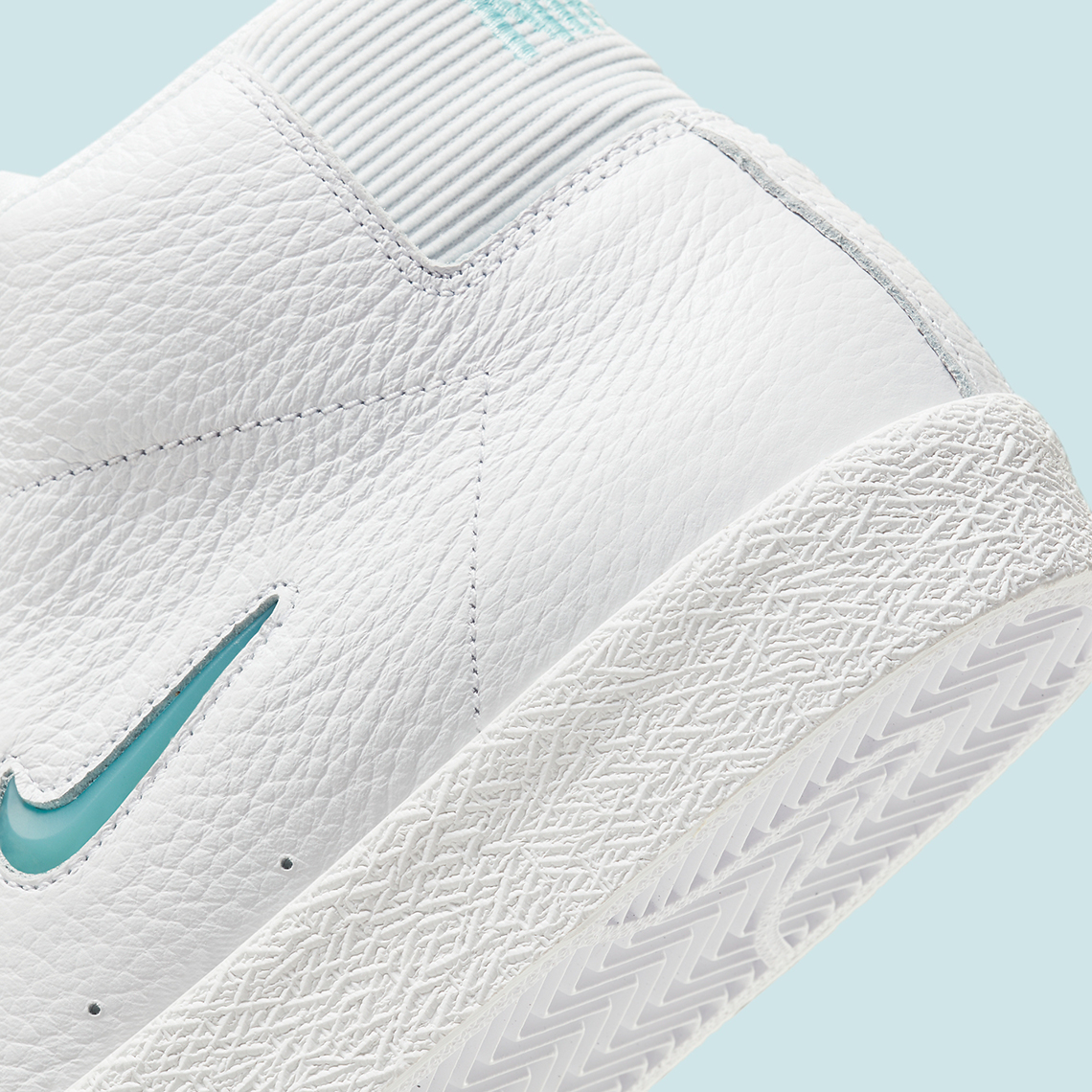