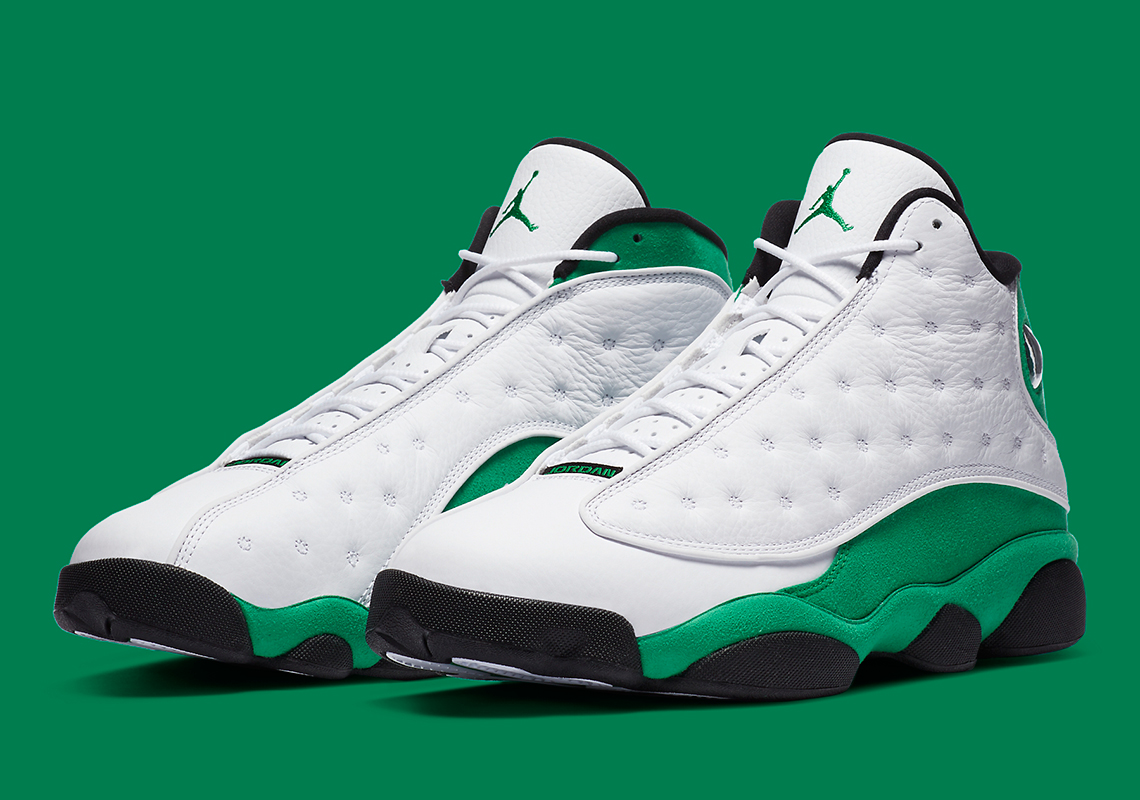 In the month of September, the folks on the Jumpman team have two retro releases that are highlighted by their luscious greenery. Tomorrow, the Air Jordan 5 “Oregon” will make its way to the market, and towards the end of the month the Air Jordan 13 “Lucky Green” will make its official debut. The latter, after being announced by Jordan Brand back in June, has now unveiled a detailed look via official imagery.

By the very nature of its Celtics-esque color scheme, many can compare these to the rare Ray Allen 13 PE, only the suede paneling here that falls along the mudguards up the the heels is dialed to a more saturated shading. Additionally, the padded, leather side walls and throat keep the white exteriors in tact, but the sock liners and treading outlines deviate with solid black finishes. For those with intentions of copping, you can count on these to drop via Nike.com and through select retailers on September 26th for $190 USD. 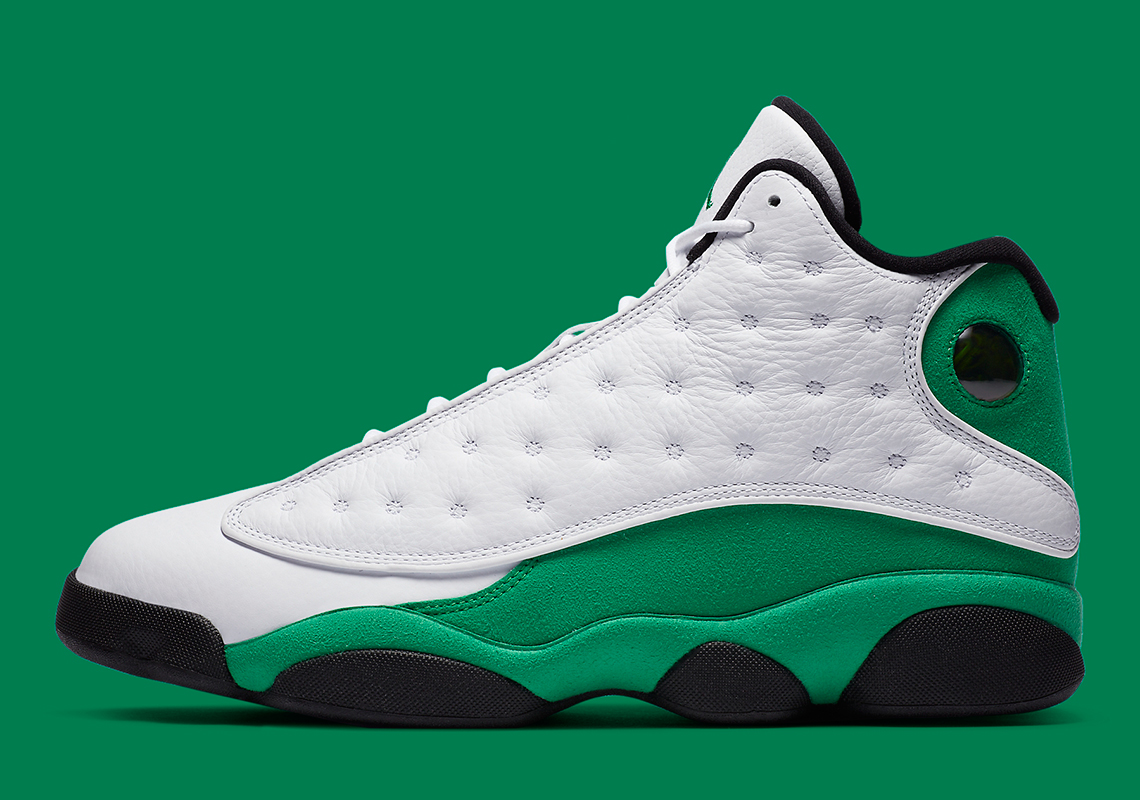 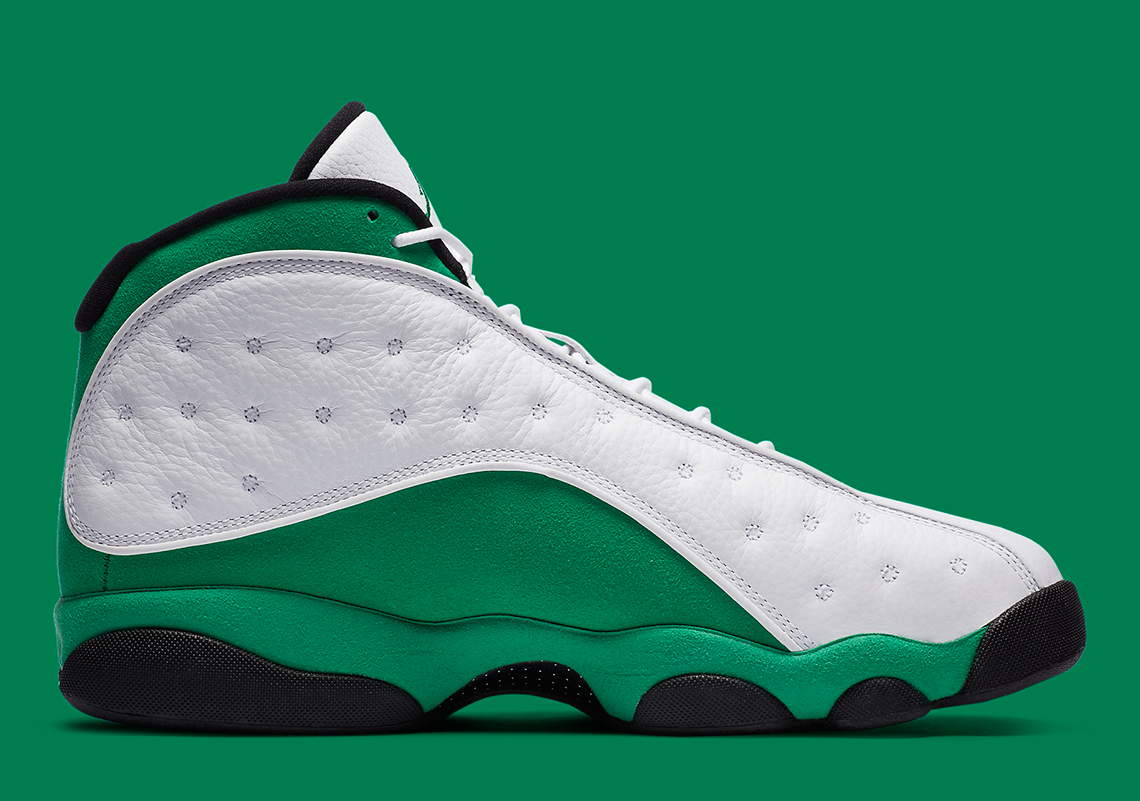 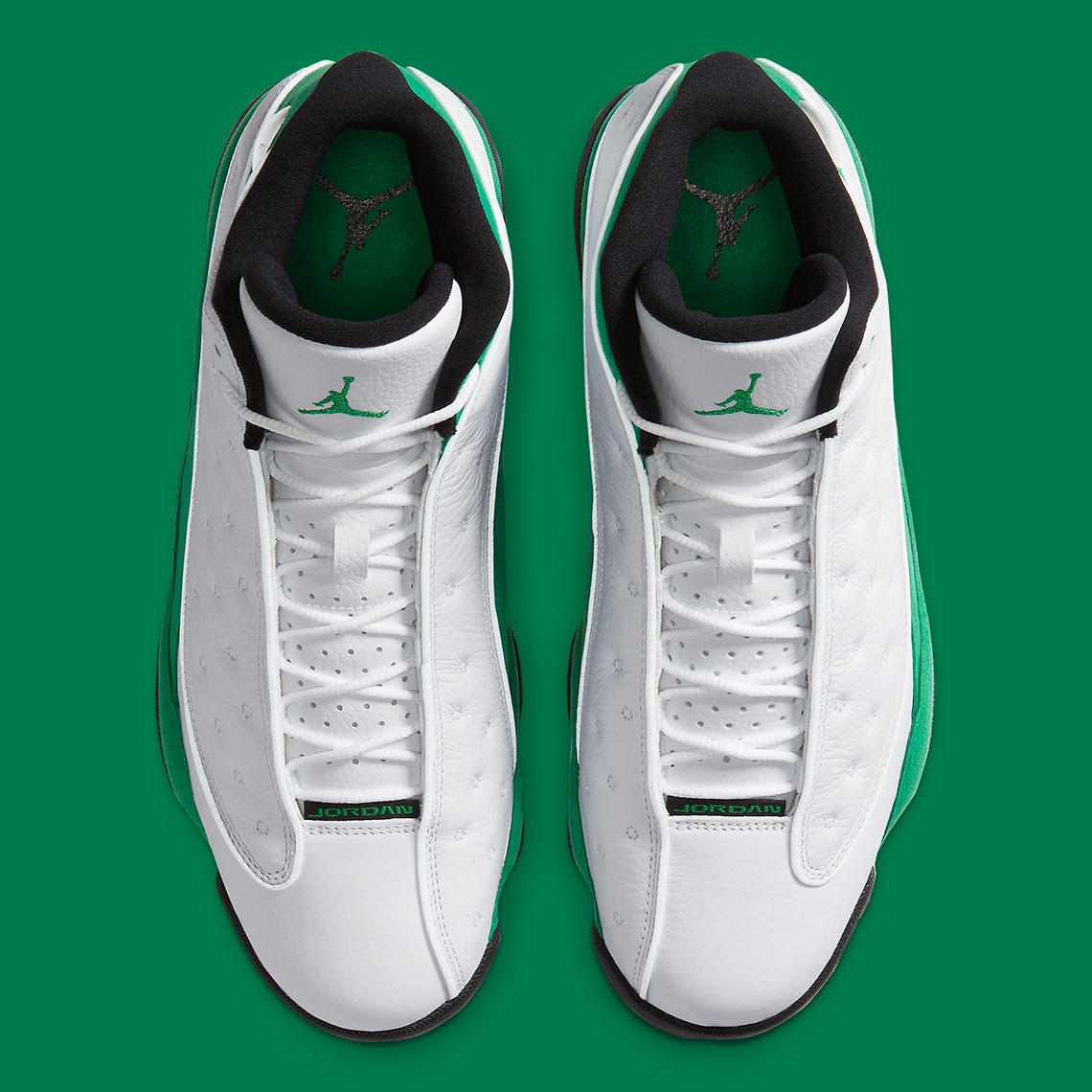 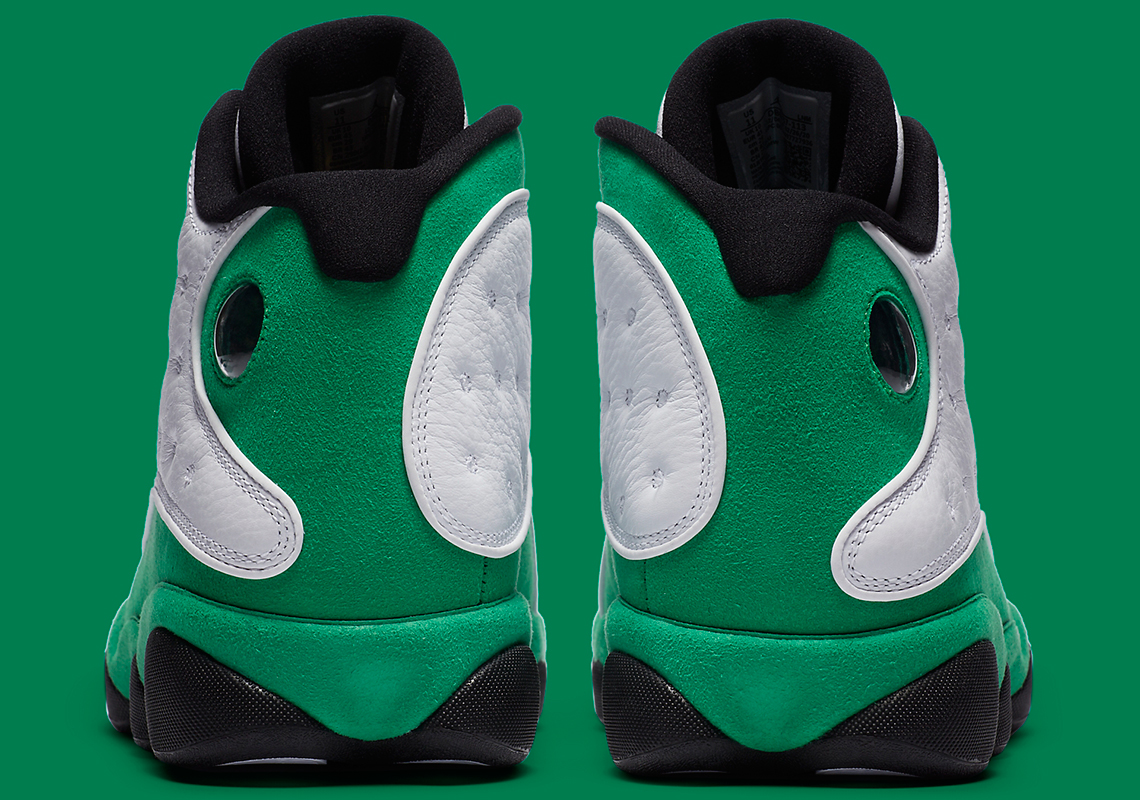 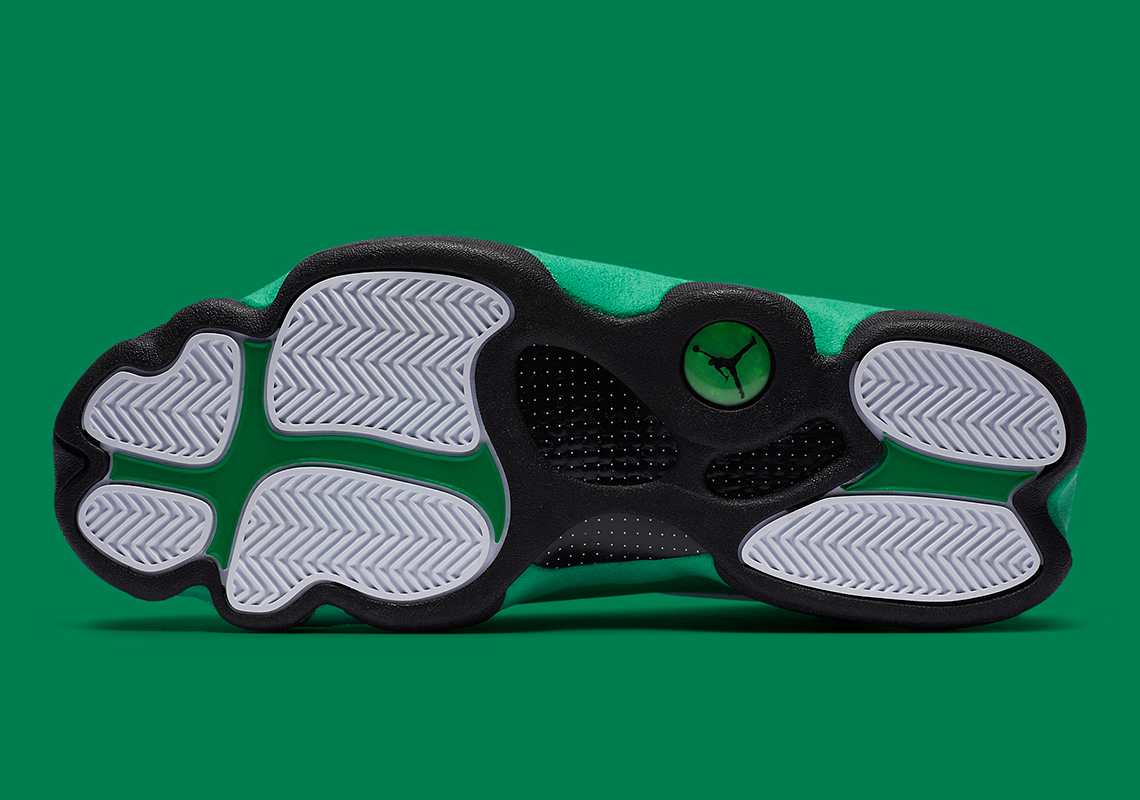 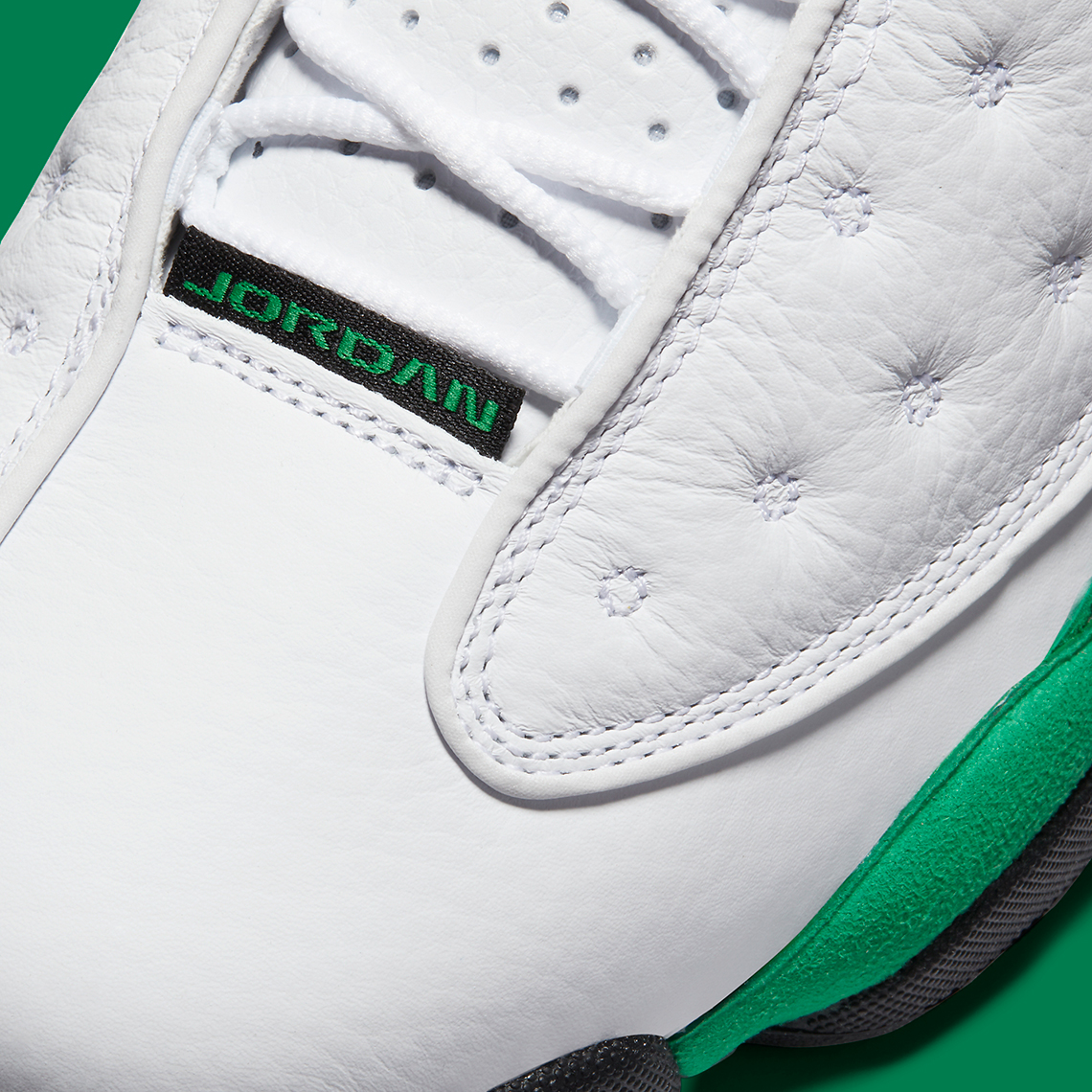 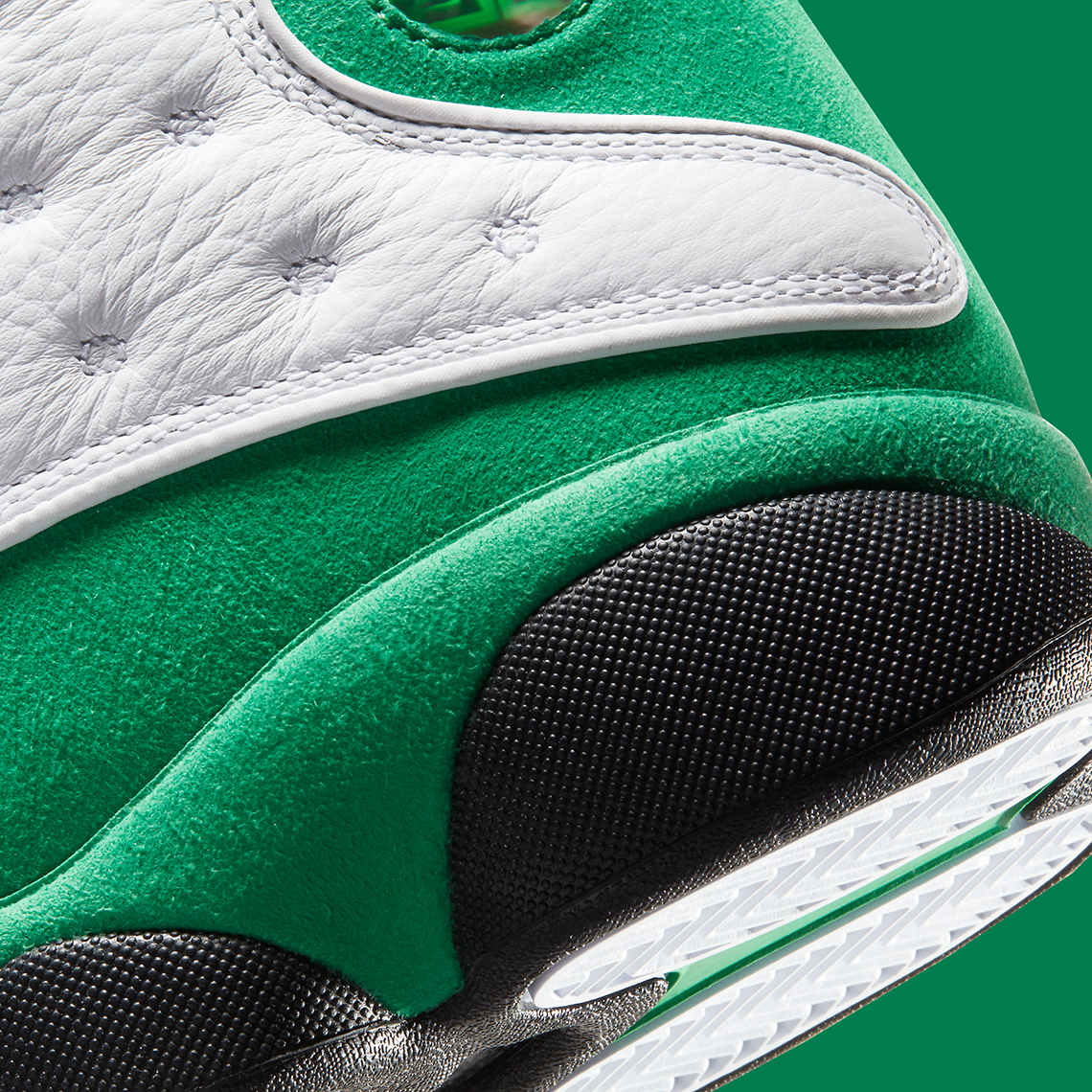 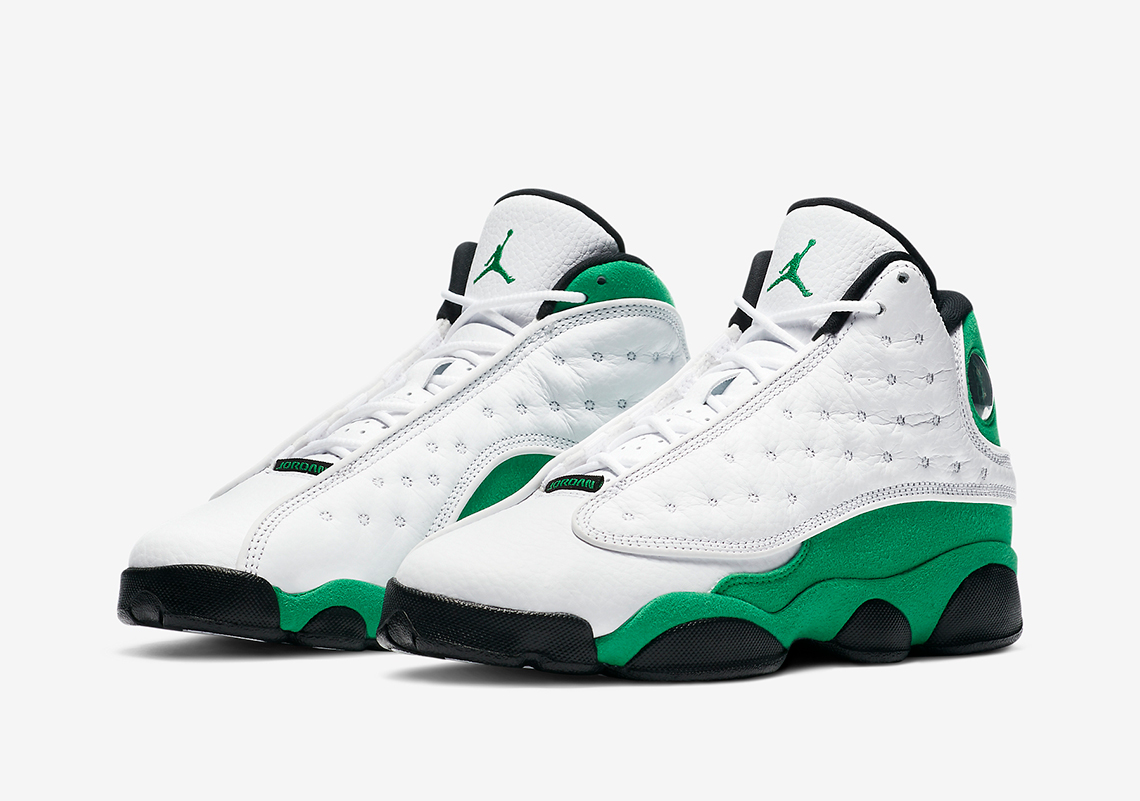 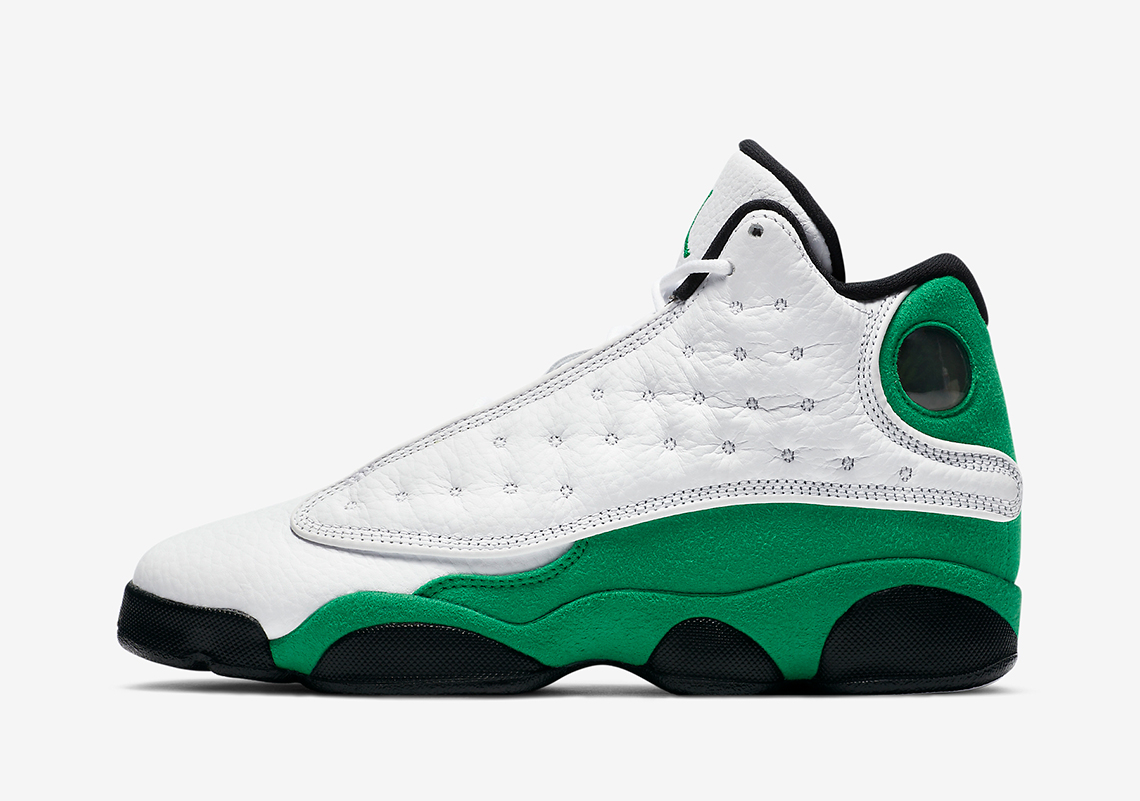 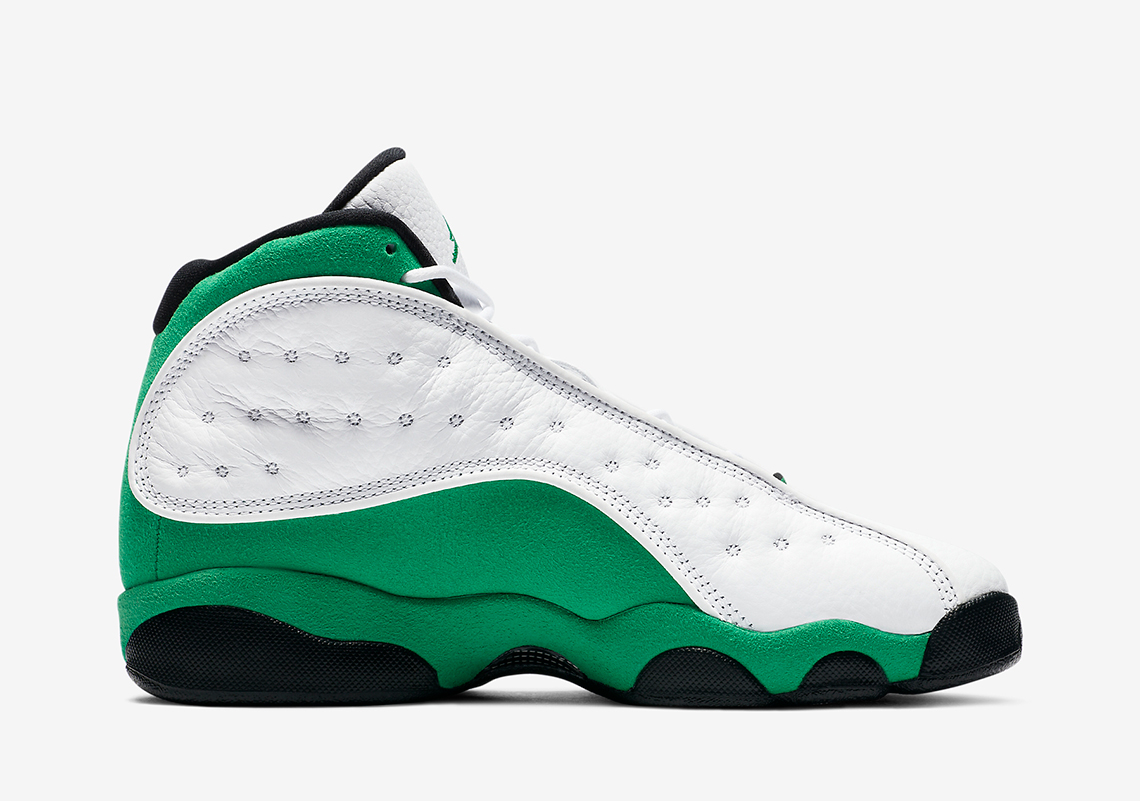 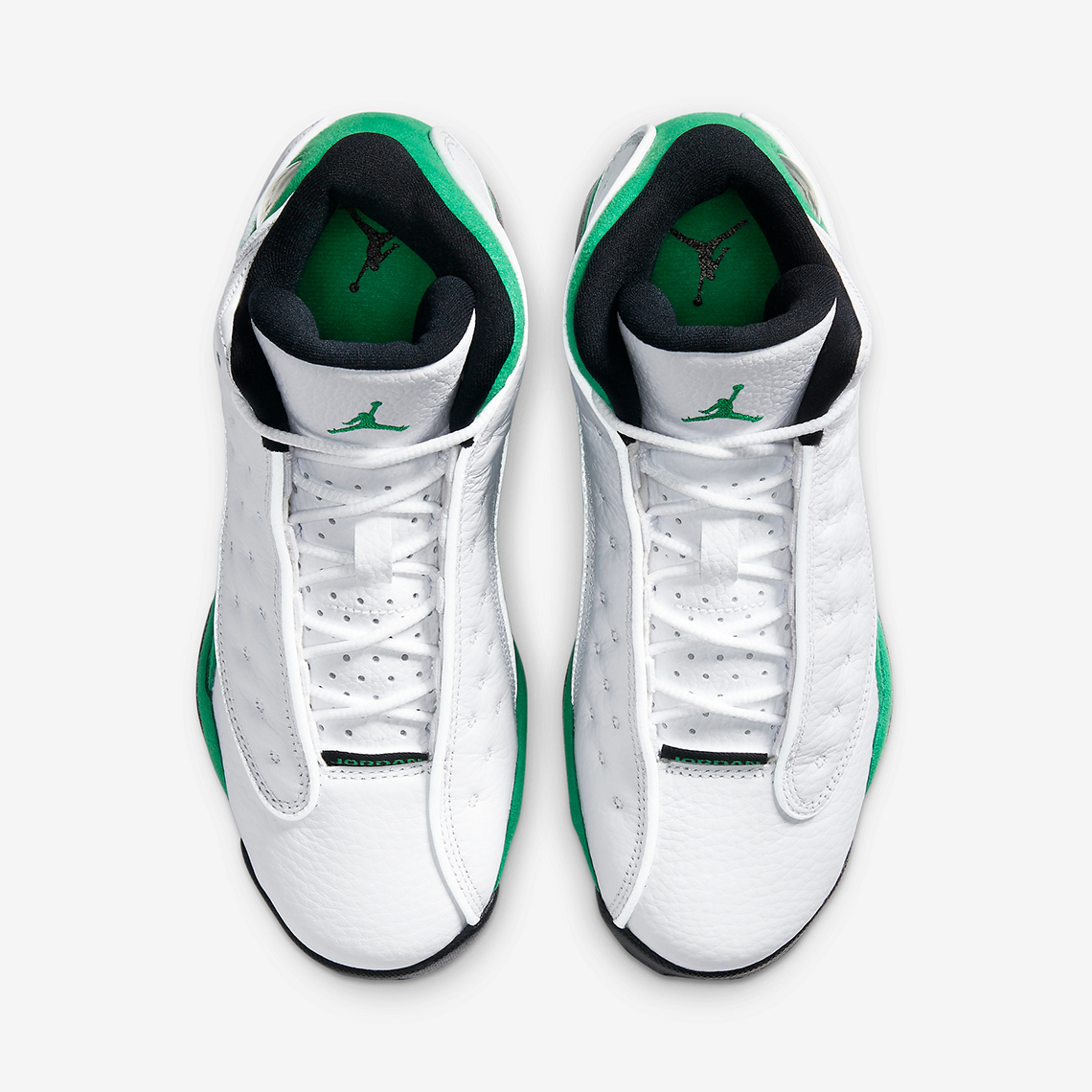 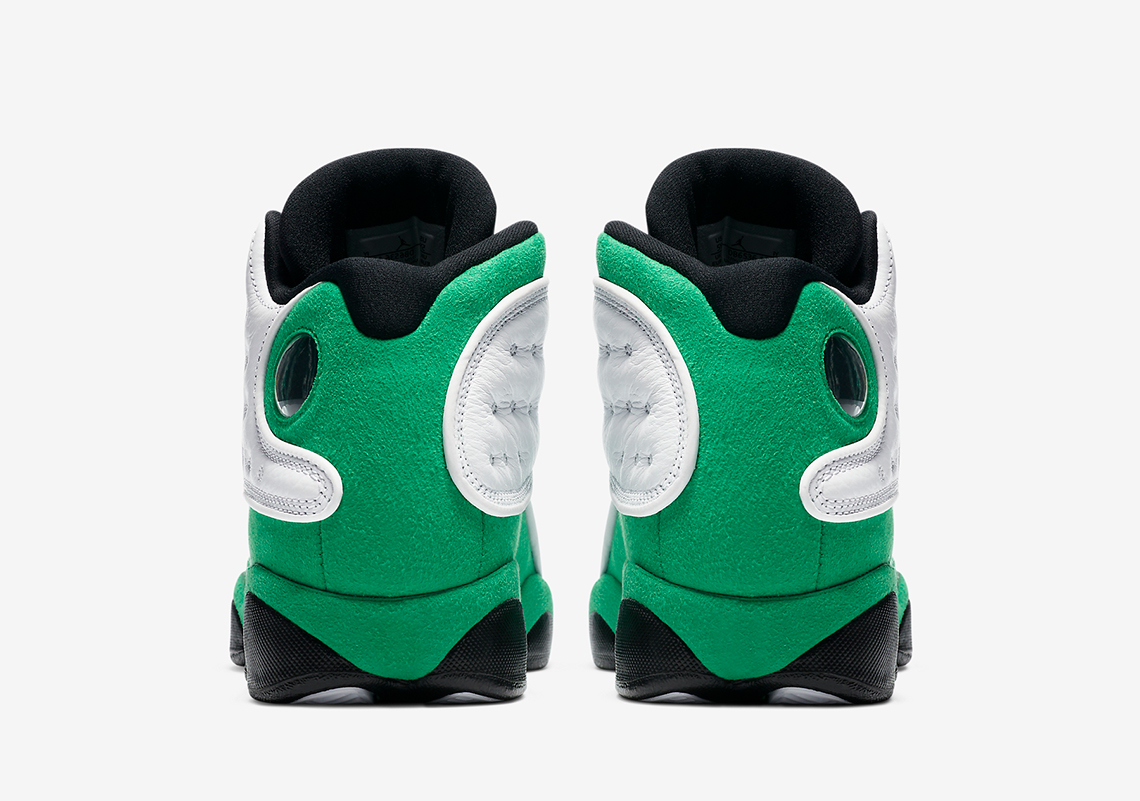 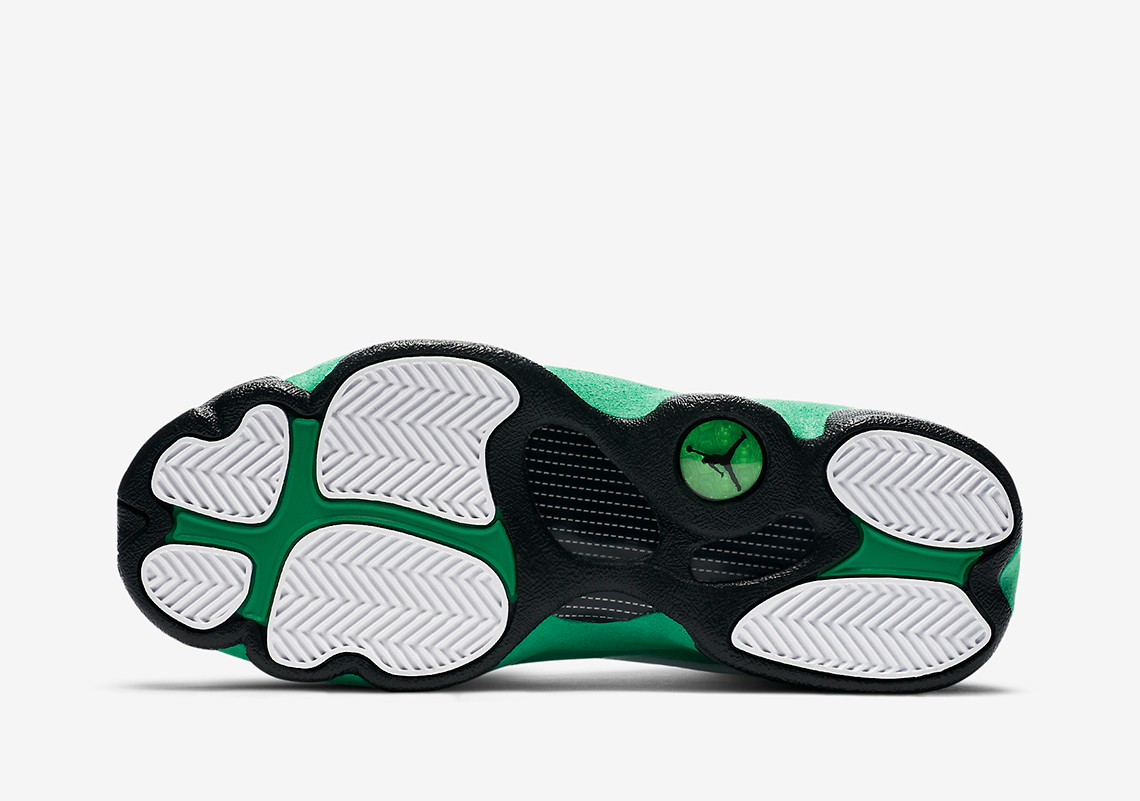 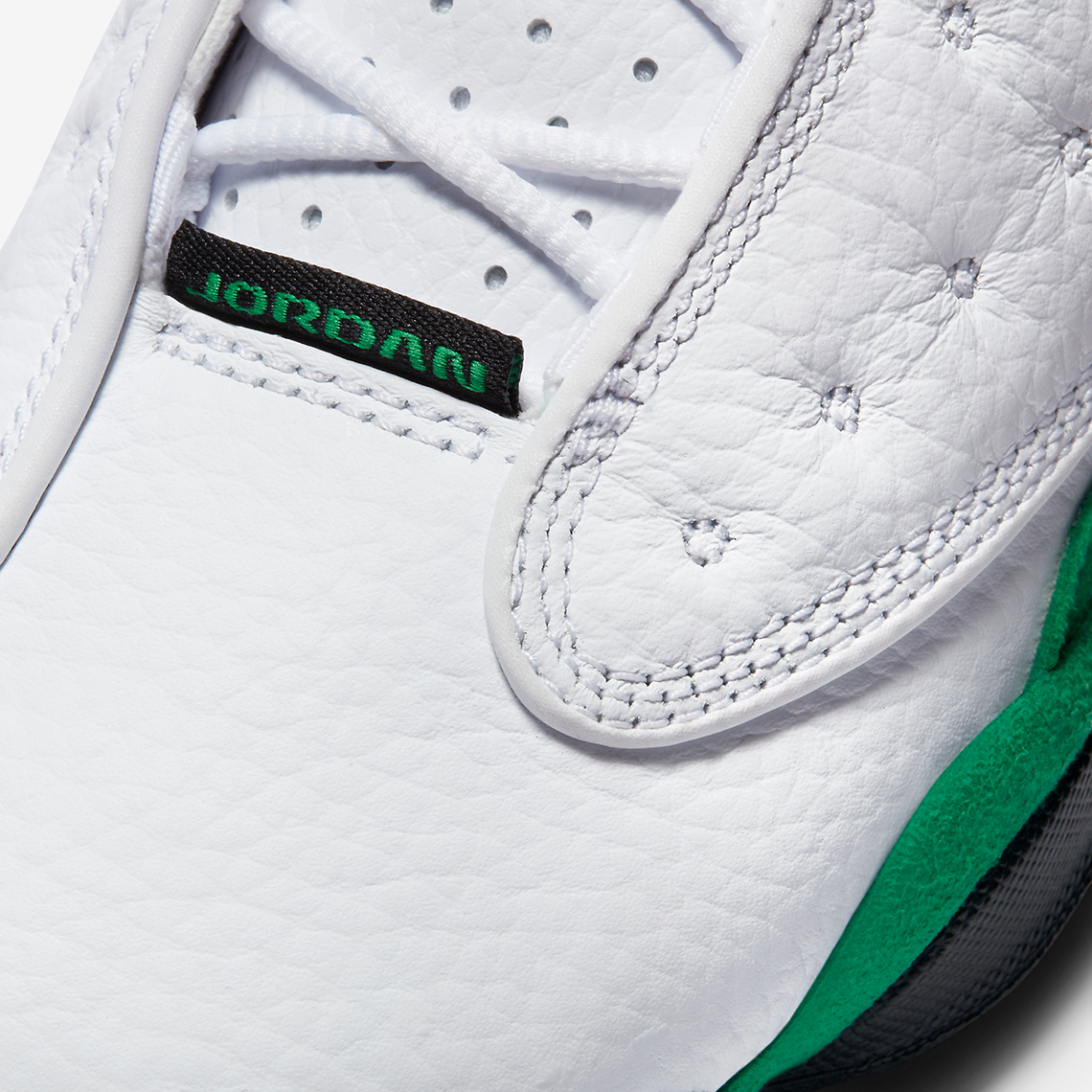 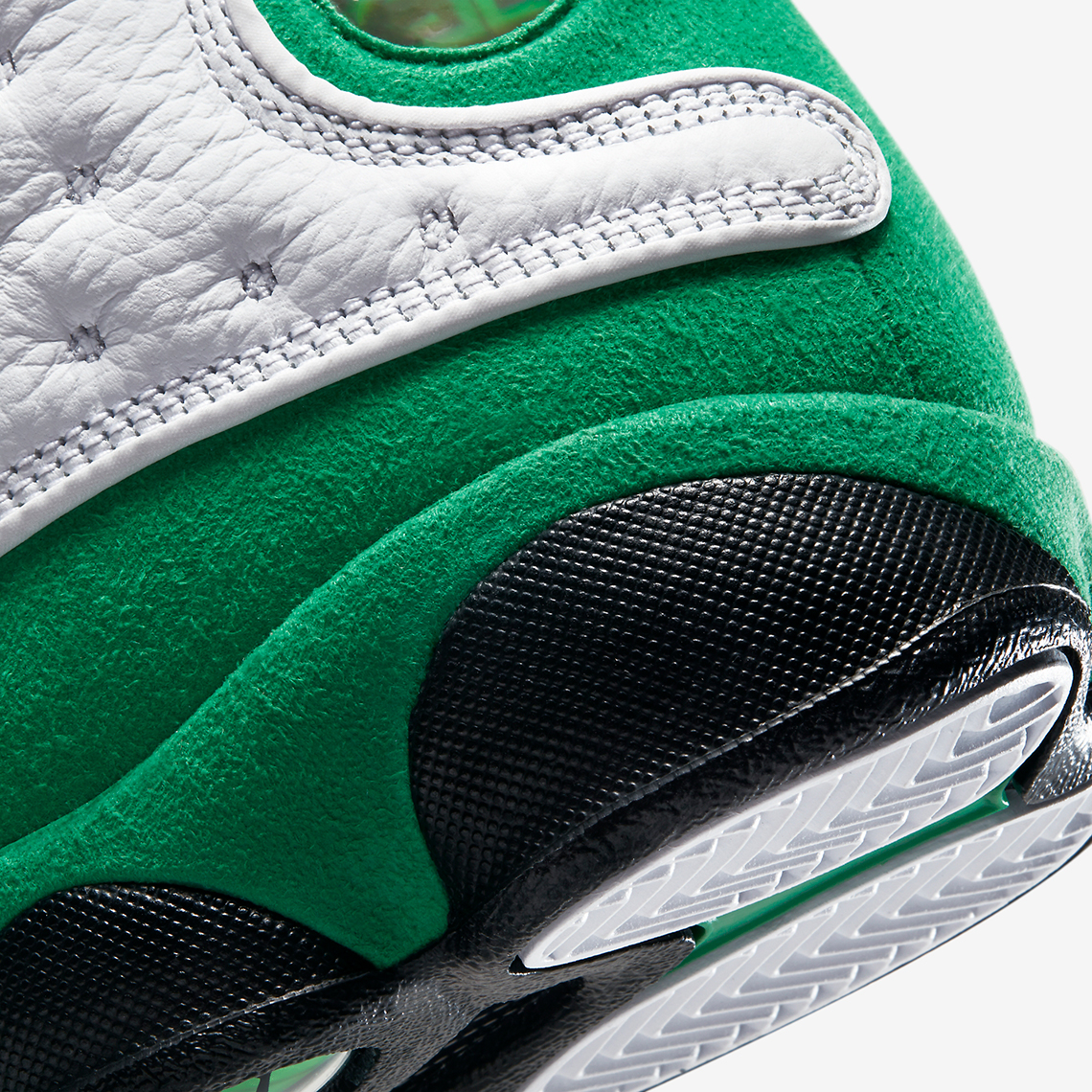