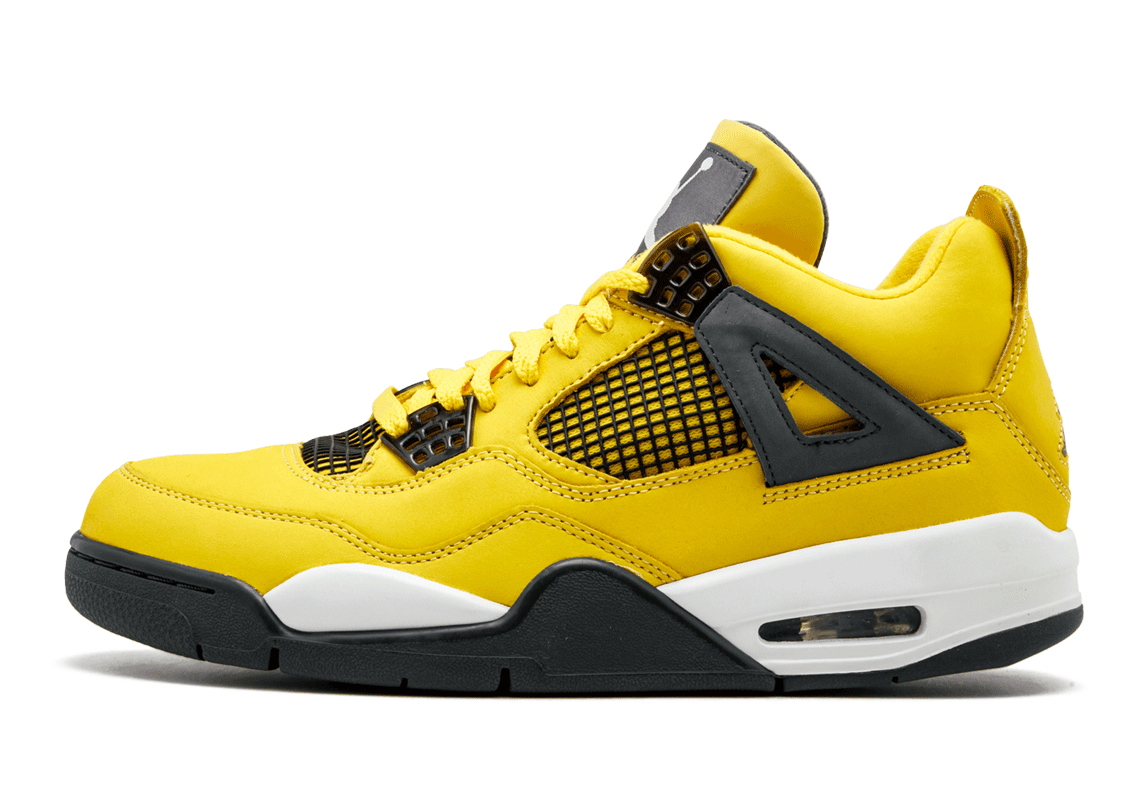 Although the Air Jordan 4 celebrated its milestone 30th Anniversary last year, the silhouette has dressed up in several notable colorways throughout 2020. And while its “Fire Red” iteration is on schedule to join an Off-White collaboration and return to “Black Cat” form for the year, Tinker Hatfield’s design is gradually building out a rumored roster for 2021. The beloved “Lightning” colorway from 2006 is reportedly retroing next August.

Unlike its “Thunder” counterpart, which re-released in 2012, the “Tour Yellow” Jordan 4 has never been reissued. Recent on-foot endorsements from Travis Scott have brought new interest to the pair, but the sneaker’s bright and grey-accented arrangement has garnered attention on its own throughout the last 14 years. Mesh detailing and hardware throughout the “Lightning” reminiscent upper indulge in stark dark contrast, with the latter component opting for a glossy finish. Profile flaps, labels on the tongue, Jumpman logos on the heel, and most of the outsole further interrupt the tonal suede makeup in shades of grey. While not easily visible when the shoes are being worn, the “Tour Yellow” branding on the tread deliver a cherished touch to the grail-status-worthy pair.

The Jordan 4 “Lightning” is rumored to return sometime in August 2021 for a retail price of $190 USD. In the meantime, enjoy a detailed look at a pair from 2006 here below. 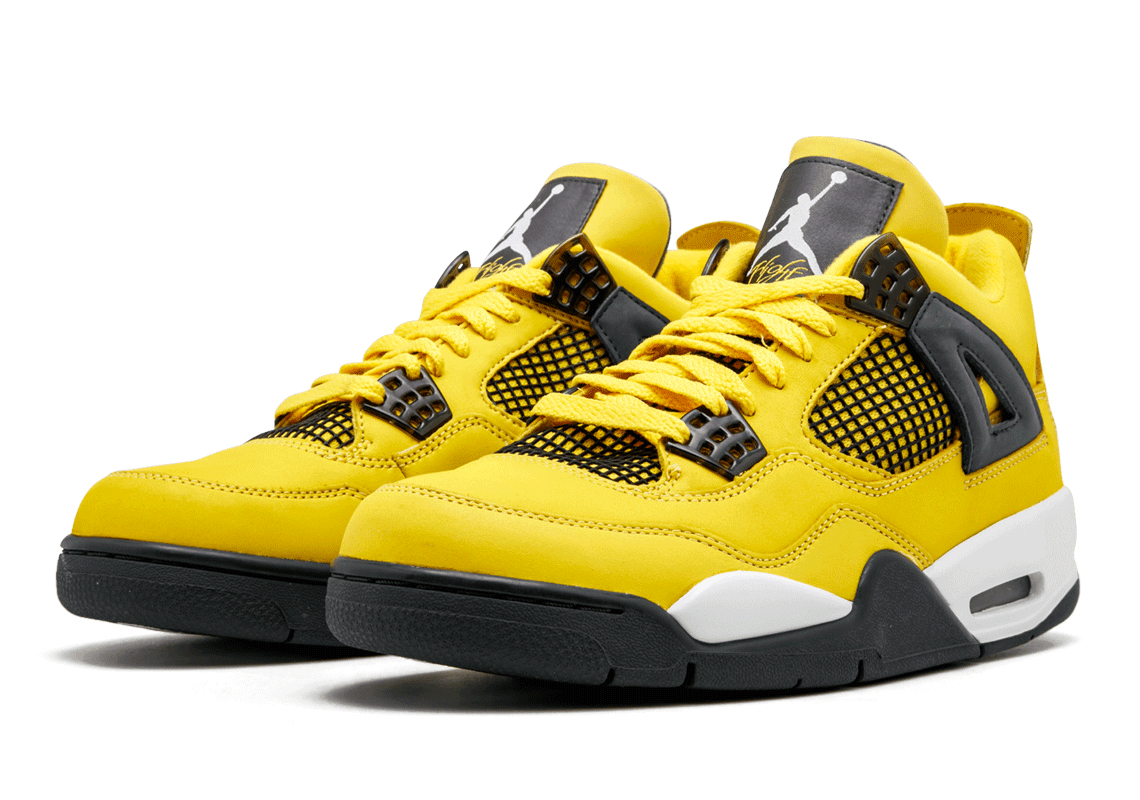 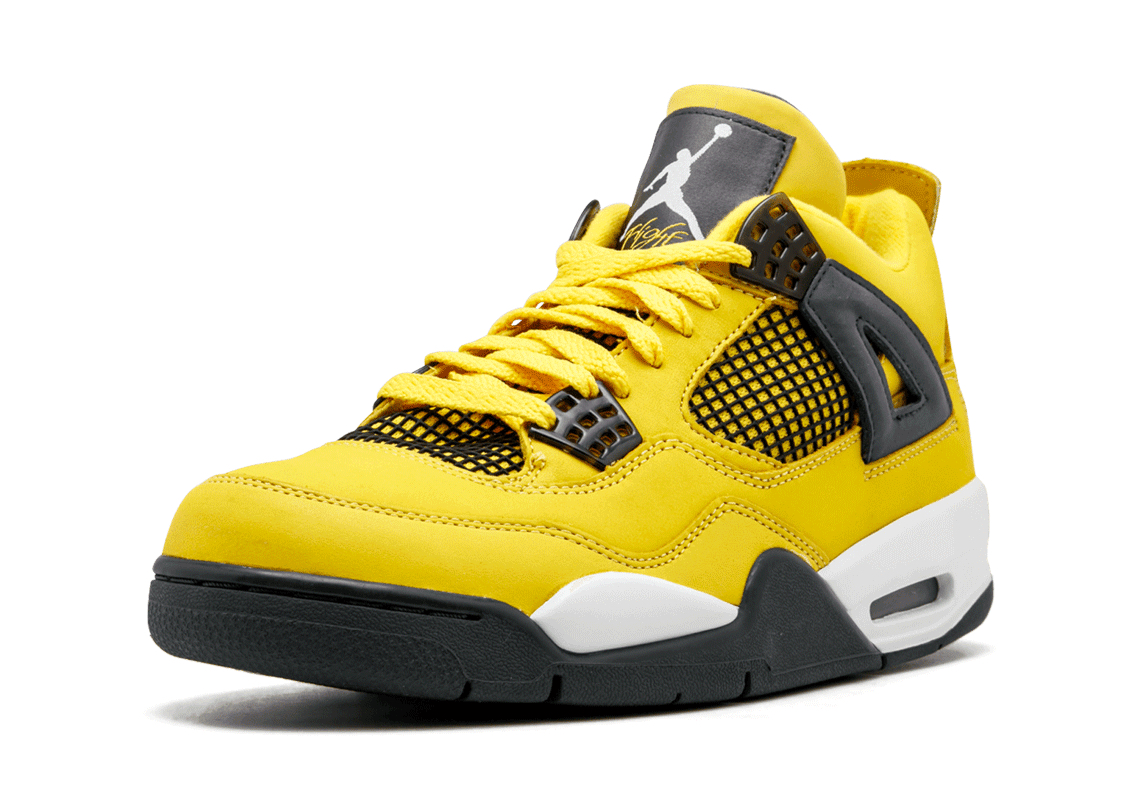 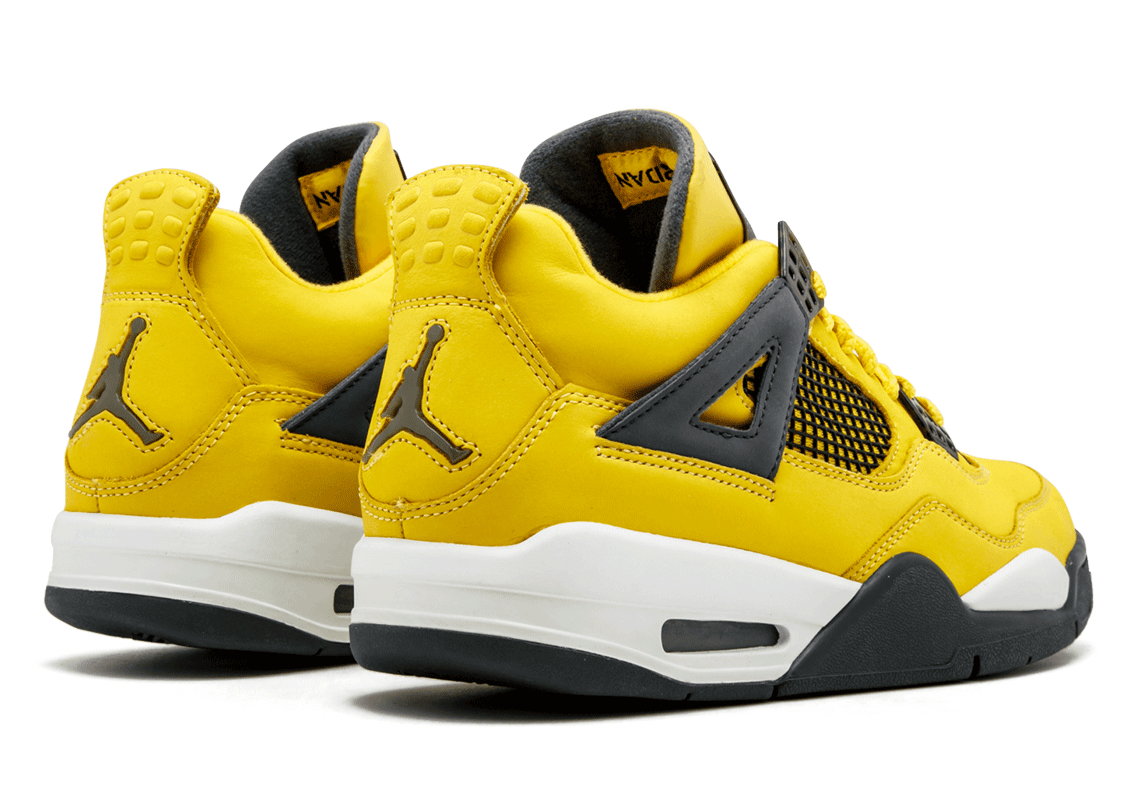 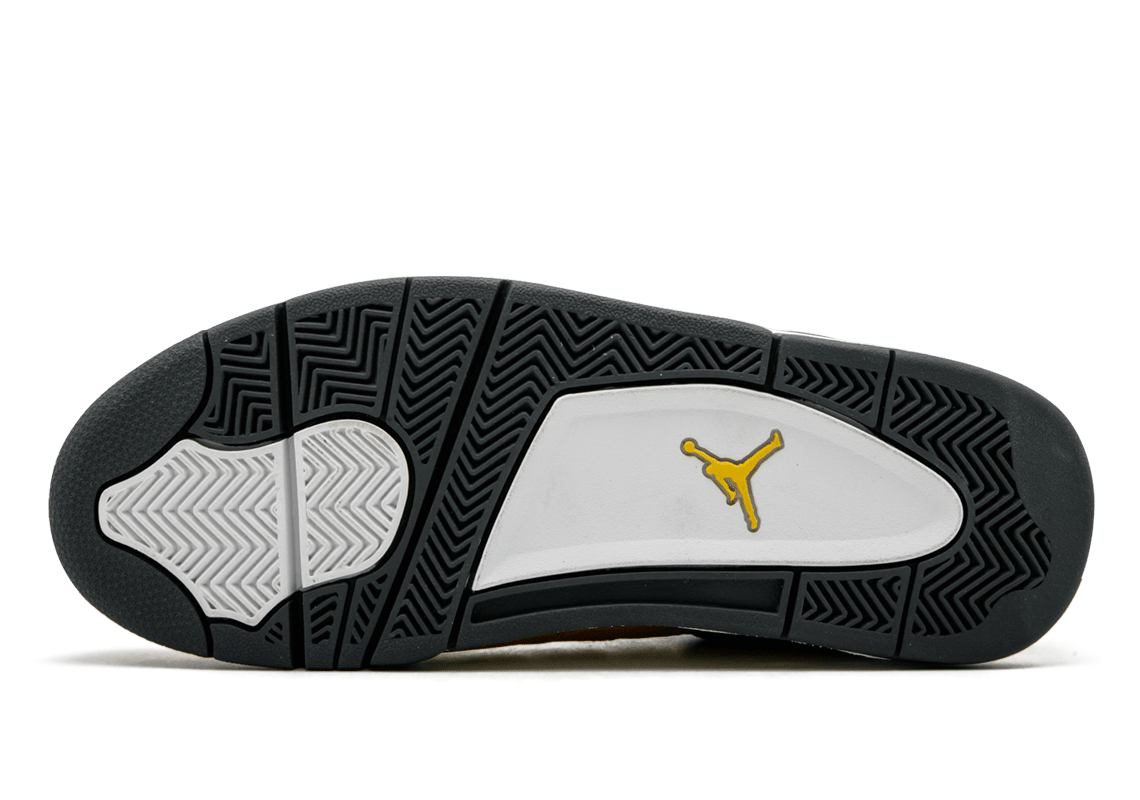