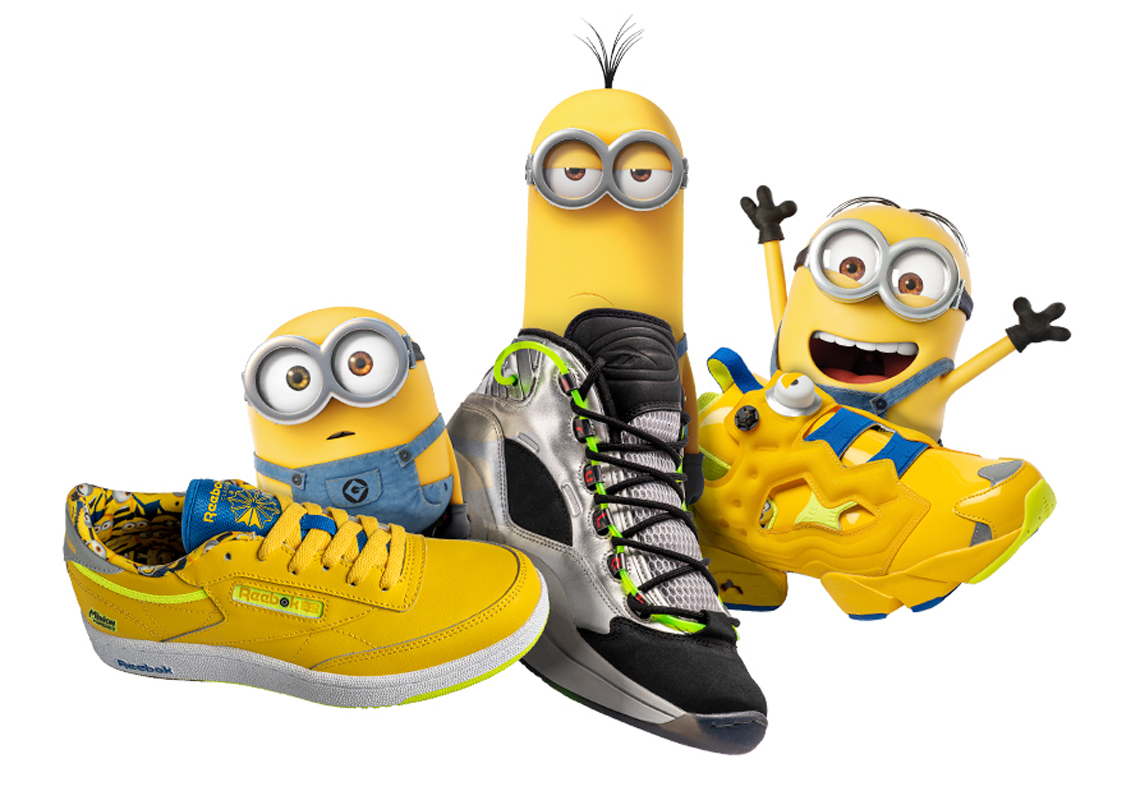 It’s been 10 years (yes, you read that right) since the world was introduced to Felonius Gru and his band of whimsical, but loyal Minions in the film “Despicable Me.” Ahead of the most successful animated film franchise ever’s next release, “Minions: The Rise of Gru” (July 2nd, 2021), Illumination has teamed up with Reebok for an extensive apparel and footwear collection that brings the global cultural phenomenon to life in another form.

Consisting of five sneakers, the scheduled-for-October capsule tells the story of 12-year-old Gru (voiced by Steve Carell) and his aspirations of becoming the world’s greatest supervillain. Allen Iverson’s Question Mid is modified for this collection with parts gathered from Gru’s lab, including glow-in-the-dark “slime” on the outsole; unpolished silver and glossy chrome “metals” throughout the upper; and asymmetric “booby-trapped” sockliners hiding the aspiring supervillain’s secrets on their underside.

Accompanying pairs of the Steven Smith-designed Instapump Fury don’t feature “G” logos or direct nods to the protagonist of “Despicable Me,” but focus on two integral parts of his journey to supervillain greatness: the Minions and Vicious 6. The former needs no introduction, as it’s arguably transcended the original film. Furthermore, the bright yellow and blue combination, when paired with magnified eye-graphics, screams “Minions!” as it does on one of the pairs in the forthcoming collaboration. An adjacent iteration nods to the six most evil villains Gru must defeat in order to achieve his dream. All members of the Vicious 6 lend their personas and costumes to the ’90s silhouette, which boasts an asymmetric approach replete with disparate prints, materials and textures.

While nowhere near as bold as its Instapump Fury counterpart, the Club C “Vicious 6” further calls back to “”Minions: The Rise of Gru.” Rooted in the film’s ’70s setting, the low-top model features a faint brown and purple palette transplanted from the group’s lounge. Corduroy, nubuck and leather panels work in-tandem with velvet lining to capture the aesthetic of the time. By contrast, the second, kid-exclusive Club C is clad in the vibrant two-tone combination of the newest Minions member: Otto. Yet, all footwear products in this collection are packaged in boxes replicating Gru’s childhood bedroom and secret lair. Easter eggs from the forthcoming film are also incorporated into the presentation.

The entire “Minions: The Rise of Gru” collection by Reebok will launch in full-family sizing on October 1st via Reebok.com. (Reebok UNLOCKED members will have access to the collaboration on September 30th.) In the meantime, enjoy a look at all the footwear here below.

Elsewhere from the Massachusetts-based brand, the original Shaqnosis has recently emerged in an inverted colorway. 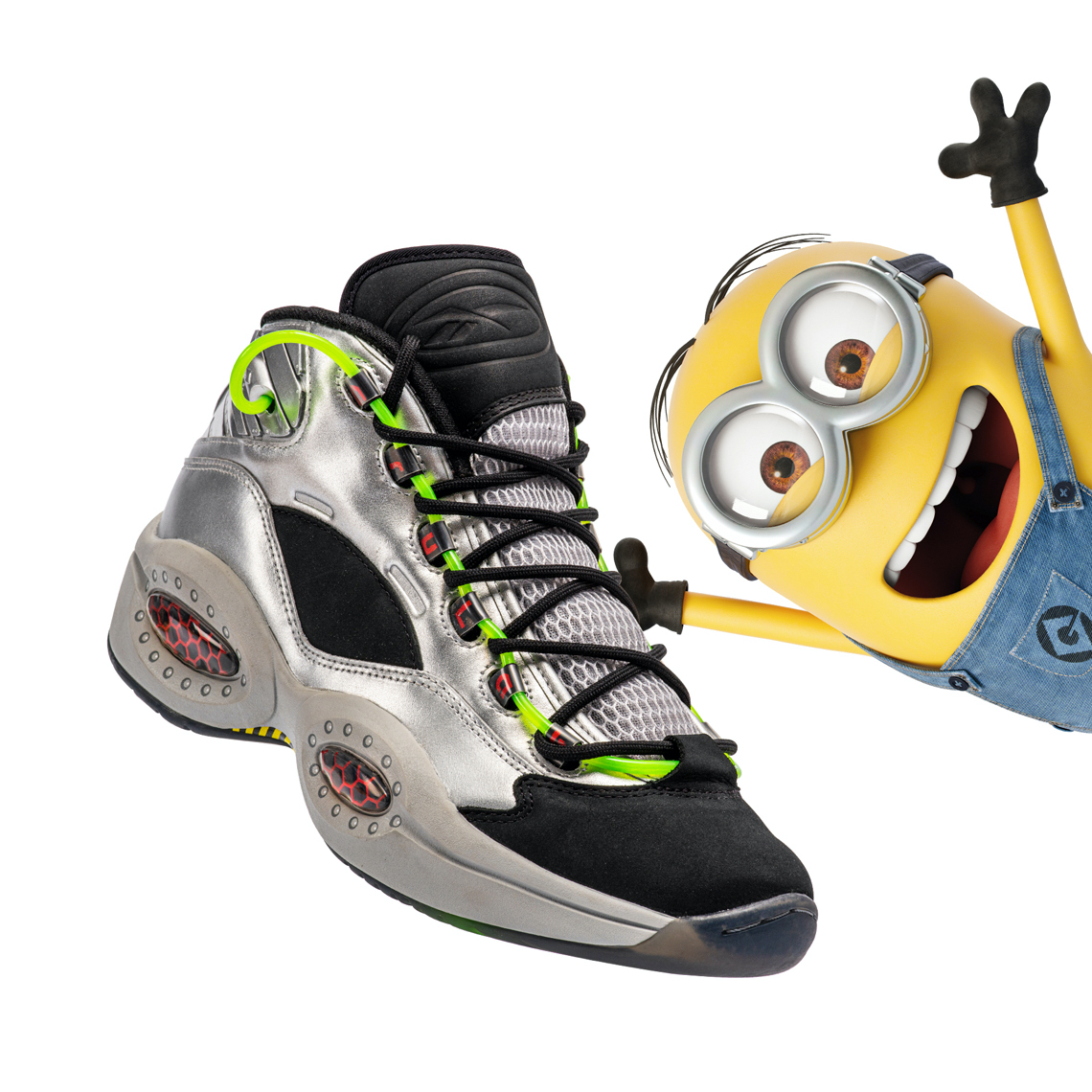 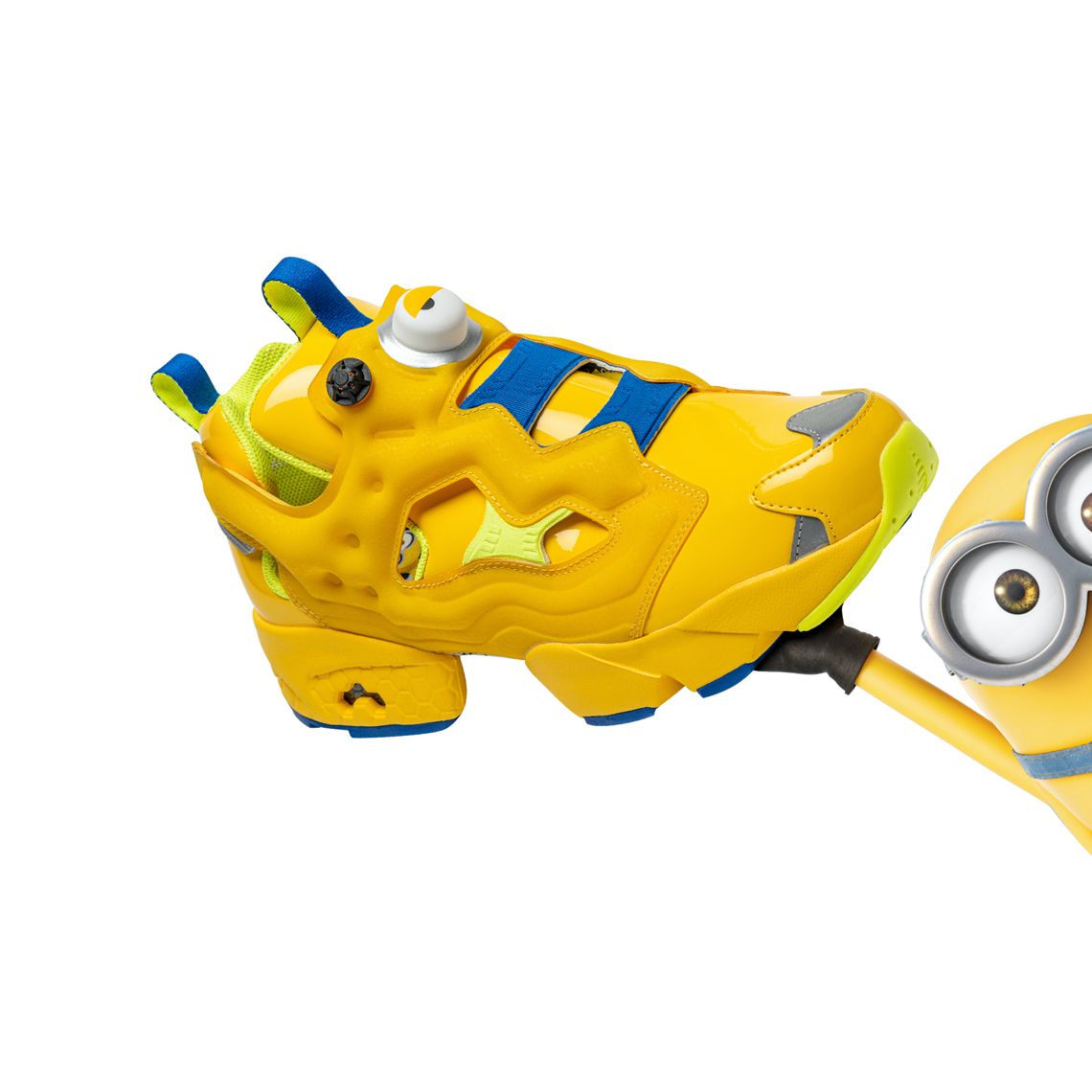 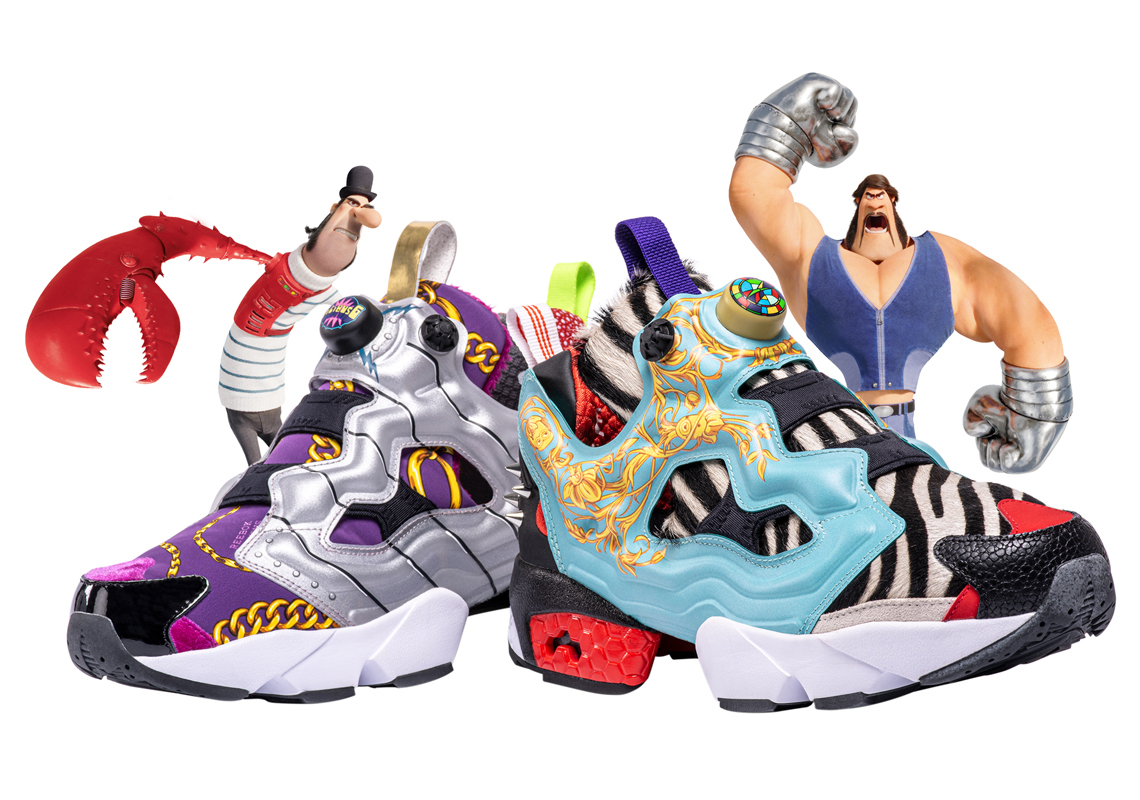 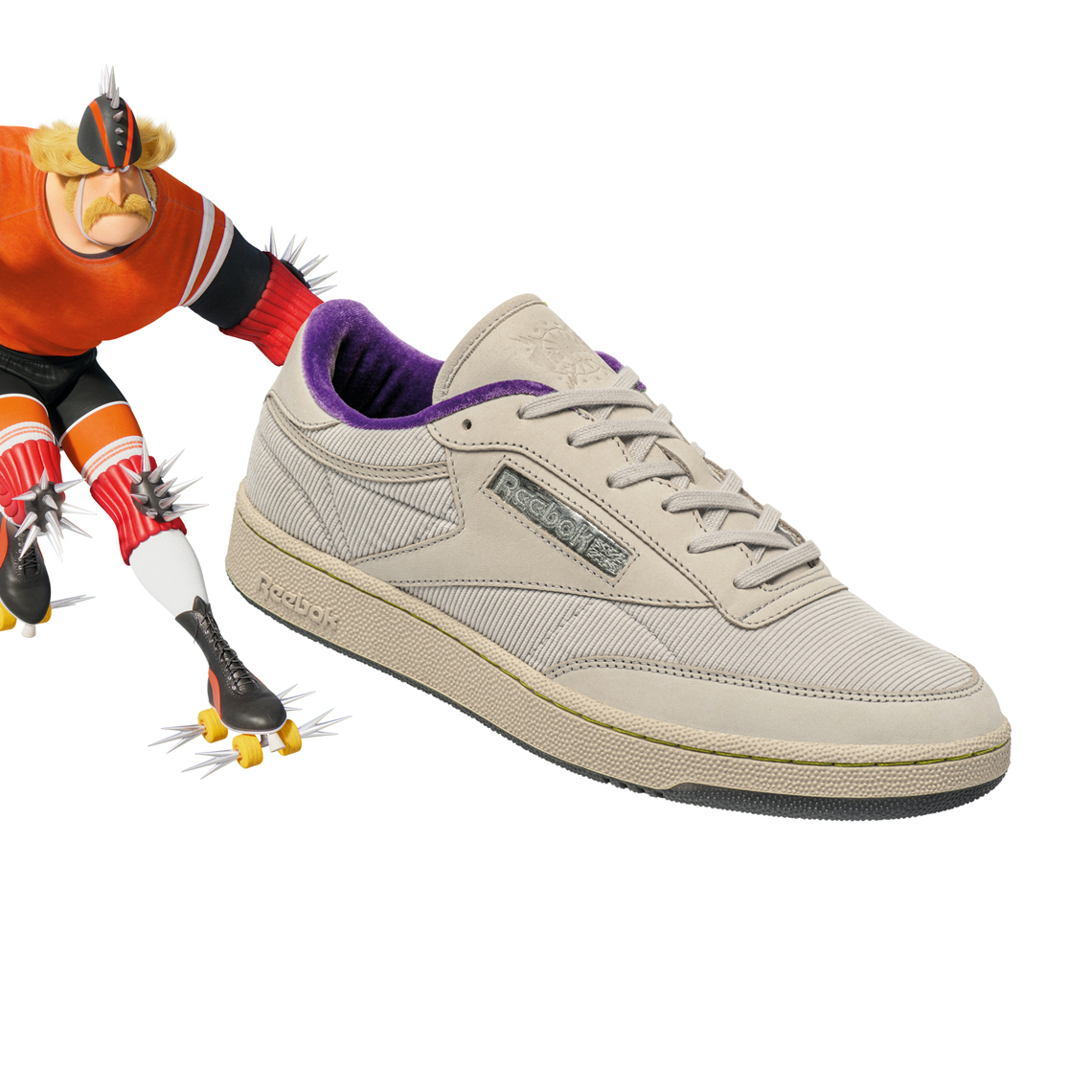 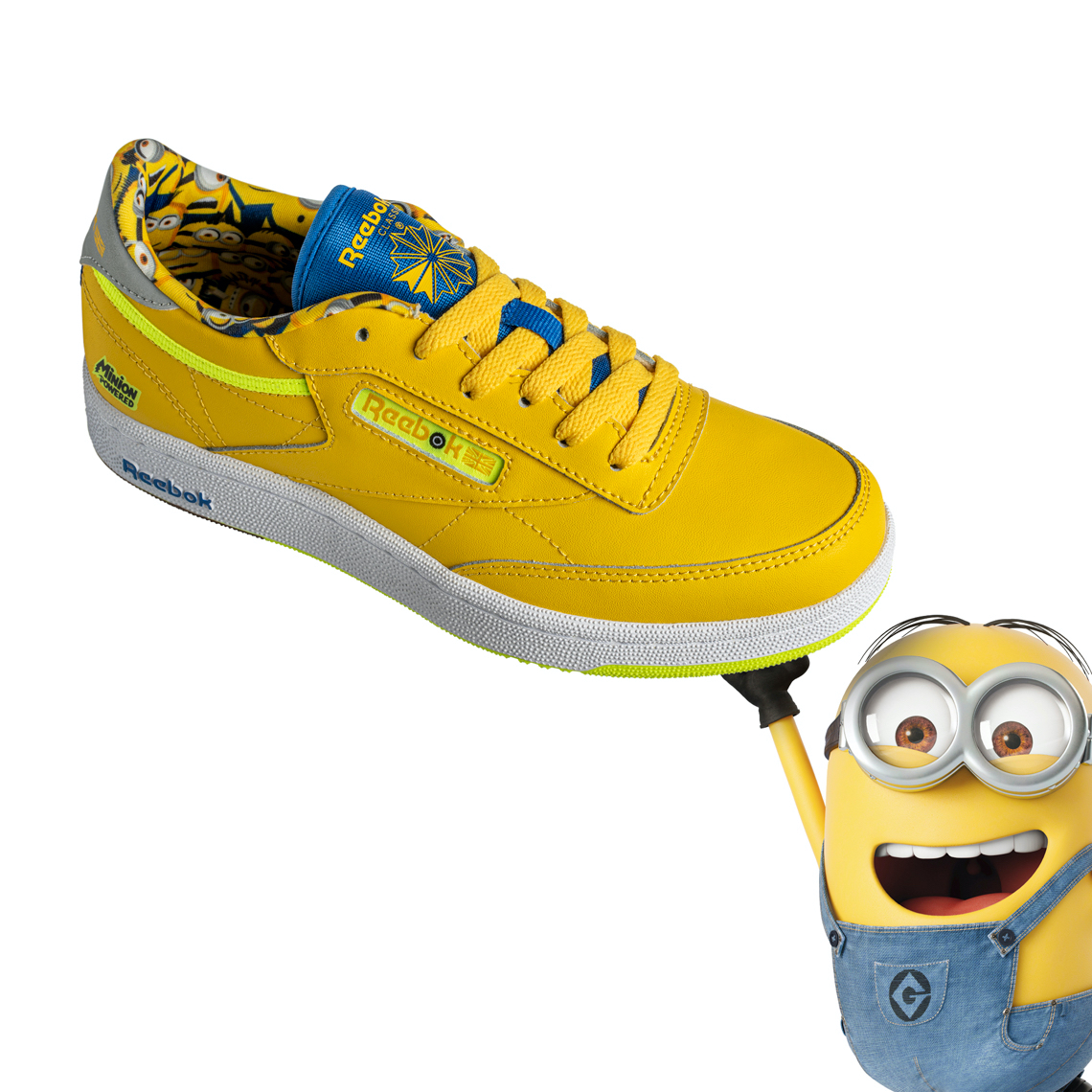