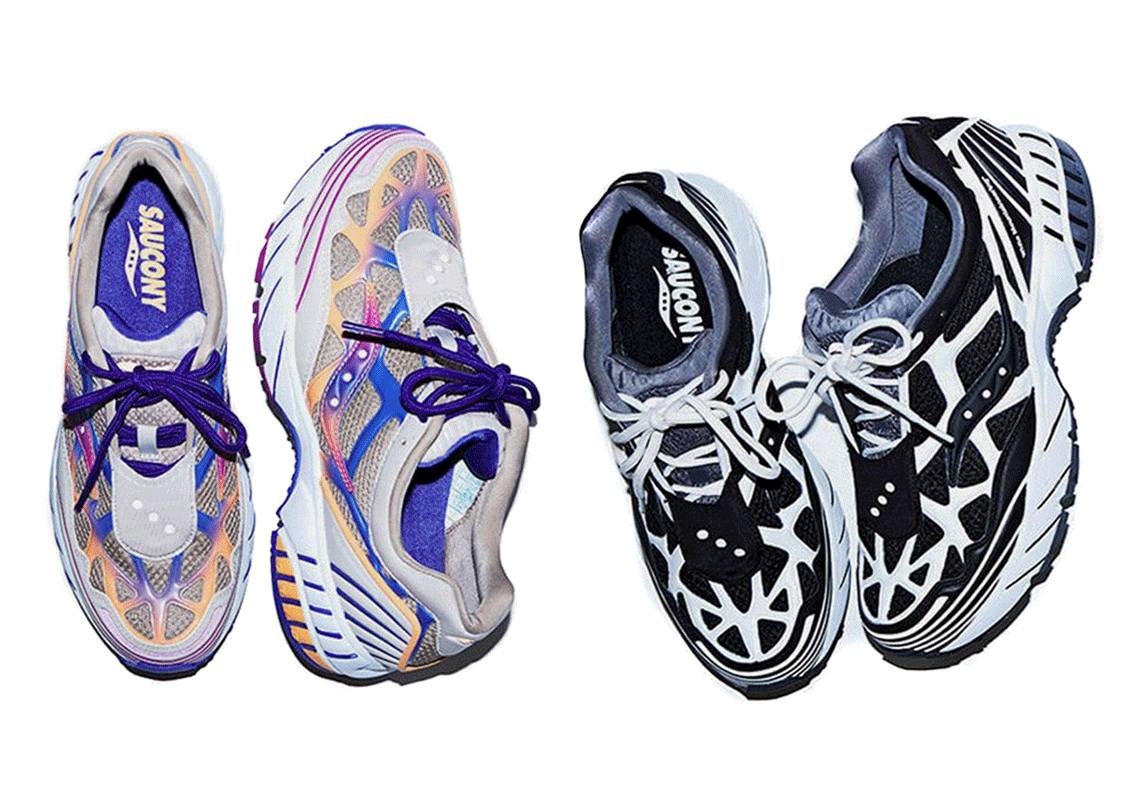 Now that its partnership with adidas has ended, White Mountaineering has been free to bring its outdoors-inspired design to other players in the sneaker space. Saucony has been one of the lucky brands to collaborate with the technical experts, having revealed a first-look at its joint-efforts back in January. Today, the Grid Web duo created by both institutions has finally launched.

Although 20 years old, Saucony’s silhouette has enjoyed newfound attention over the last year, thanks in part to its “dad shoe” aesthetic. Technically, however, the Grid Web delivered a notable alternative to the running models of its era. Unlike its previous collaborations, White Mountaineering has added a non-monochromatic arrangement to one pair of the duo, a design choice that enables the silhouette’s web-like TPU cage overlay to pop that much more. The angles stripes throughout the midfoot, which help mitigate the wear from high mileage, further contribute to the sneaker’s retro look, and are pronounced regardless of hue. Saucony adds its collaborator’s branding on the shoes’ lateral heel.

The Grid Web duo by White Mountaineering arrives to select retailers today for $190 USD per pair.

UPDATE (10/07/2020):
A previous version of this post referred to this Saucony Grid Web duo as the second collaboration with White Mountaineering. It, however, is the first, and was initially revealed back in January during the latter’s Paris Fashion Week show. 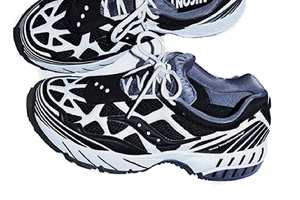 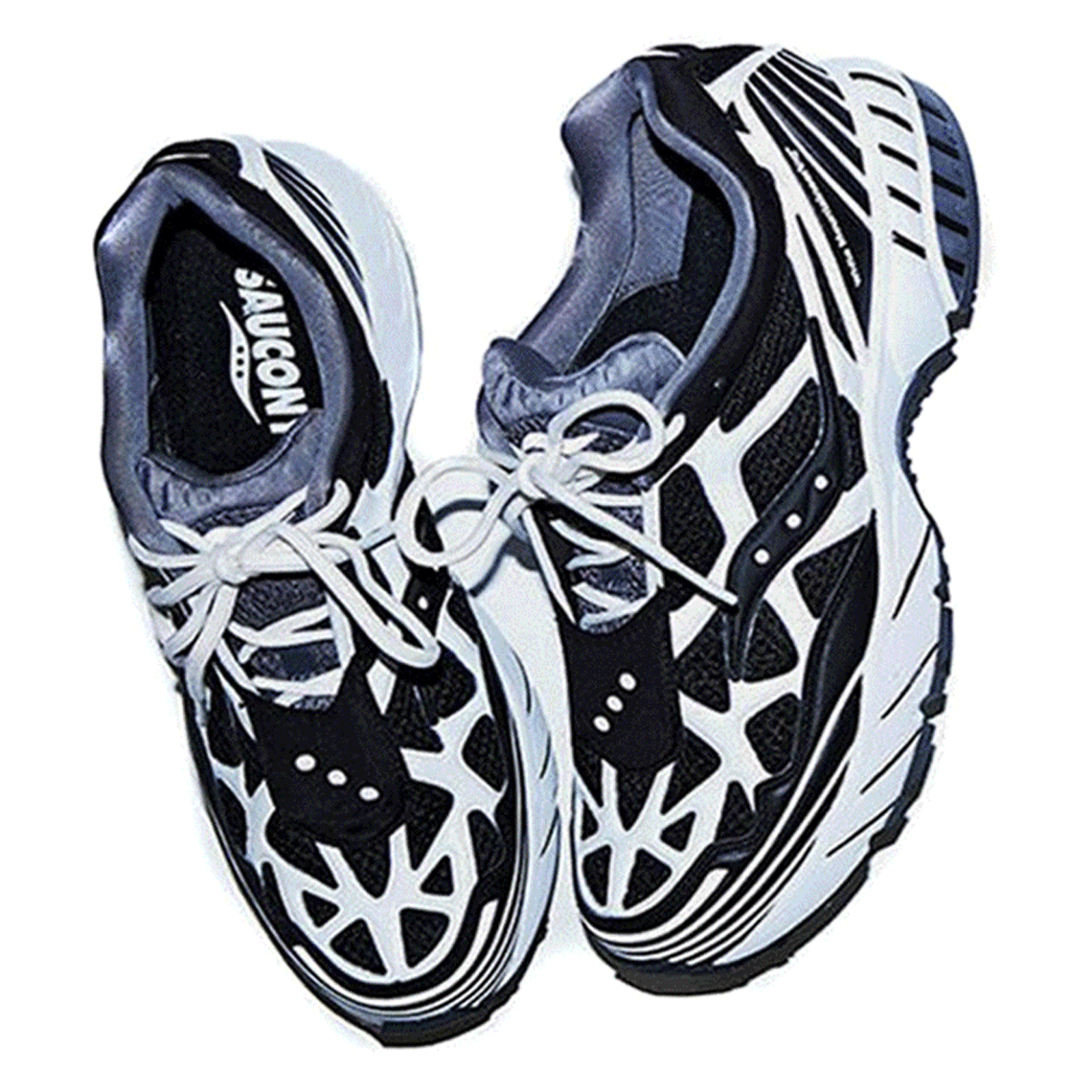 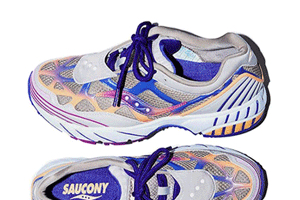 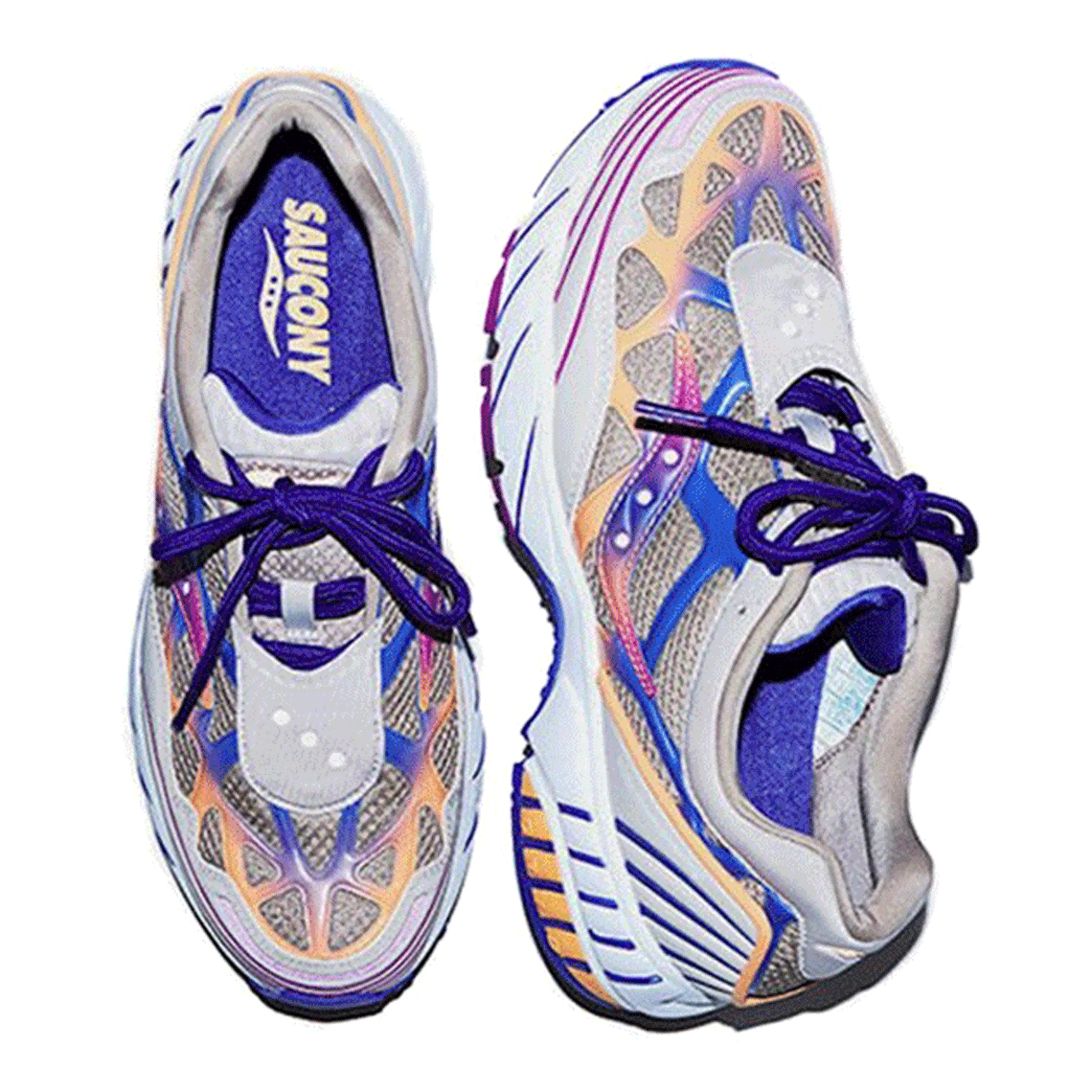