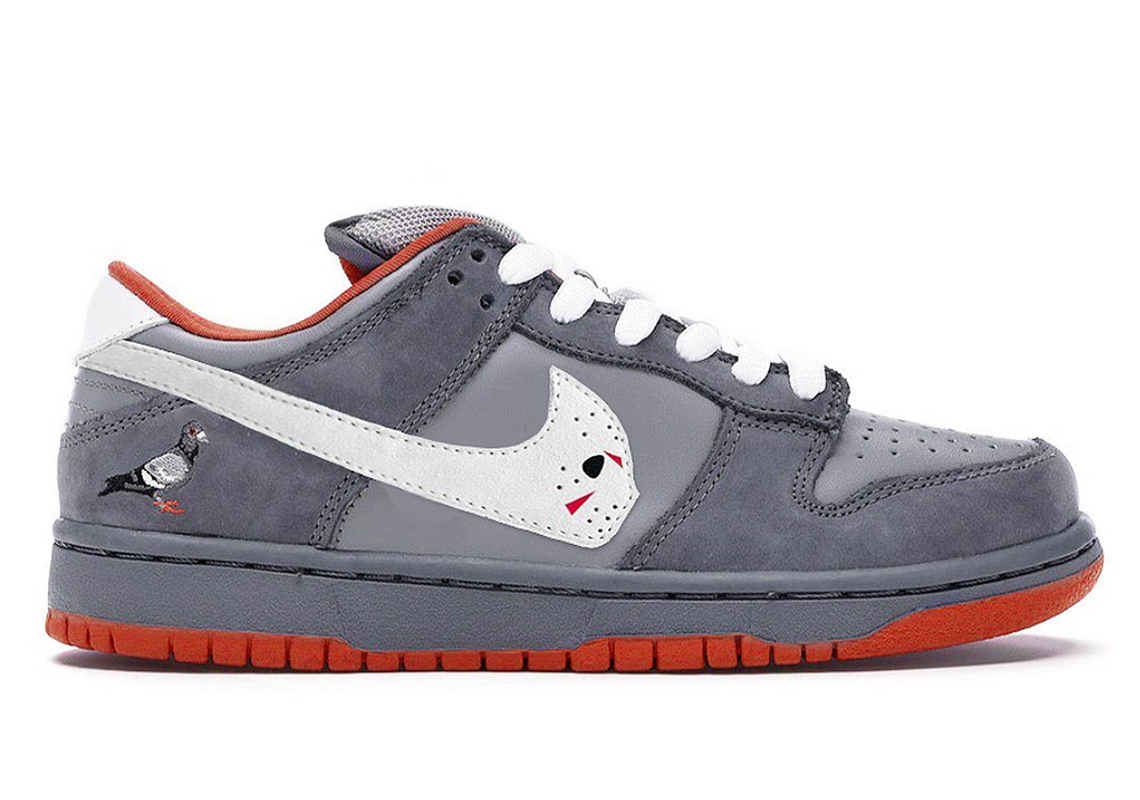 Late Wednesday night, Nike sued Warren Lotas for his SB Dunk rip-offs that have been populating Instagram Suggested Post pages for the last year. His most recent offering stirred up the most controversy in the comments as his Pigeon Dunk was actually co-signed by Staple Pigeon Dunk creator Jeff Staple, who himself took to Instagram to spread the news to his over quarter-million followers. Unlike the original Pigeon Dunks, there were no set amount of pairs available, but rather a 15-minute window in which interested consumers could order as many as they want,  made to order in overseas factories and delivered weeks later. No line-ups, no raffles, no newspaper headlines. An otherwise shrewd move on an inventory standpoint.

Nike alleges in their suit, according to the Daily News, that the shoes are “confusingly similar” to the famous Dunk sneaker. The colorway is tit-for-tat. It even has the legendary pigeon embroidery on the heel. Nike further alleges that “Warren Lotas intentionally created the confusion, and he is attempting to capitalize on it, by, among other things, using Nike’s registered Dunk word mark, using Nike’s registered Dunk trade dress, and using a mark that is confusingly similar to Nike’s famous Swoosh design to promote and sell his fakes.”

The only separator of Lotas’ wares from actual SB Dunks is the infusion of a hockey mask at the belly of the Swoosh. It made clever sense with his Jason Voorhees editions (a colorway inspired by a 2007 SB Dunk High), since the fictional killer from Crystal Lake wore a mask for most of his mythical duration. The “Stussy” and “Heineken” colorways might have furrowed some eyebrows, but the sneaker community for the most part let it slide – as it does most of these types of “tributes”. But the Pigeon Dunk rips really struck a nerve, and it seemed primarily due to Jeff’s co-sign.

Since its original release in 2005, the Nike SB Dunk Low “Pigeon” has gone on to become a legend, pure and simple. It is arguably the best SB Dunk ever, and Jeff’s name rose in prominence in the world of footwear and streetwear off the strength of that one shoe. However, a valid criticism of Staple over the years is that he has repeatedly recycled the same grey and pinkish hue on almost all of his footwear collaborations moving forward. The polarizing response around his co-sign of Lotas’ shoe goes beyond that as this “collaboration” appeared less about honoring his original work, but rather a means to profit or maintain relevancy.

Nike is seeking to have a Los Angeles federal judge order an immediate stop to Warren Lotas’ manufacture and sale of its allegedly “confusingly similar” sneakers.