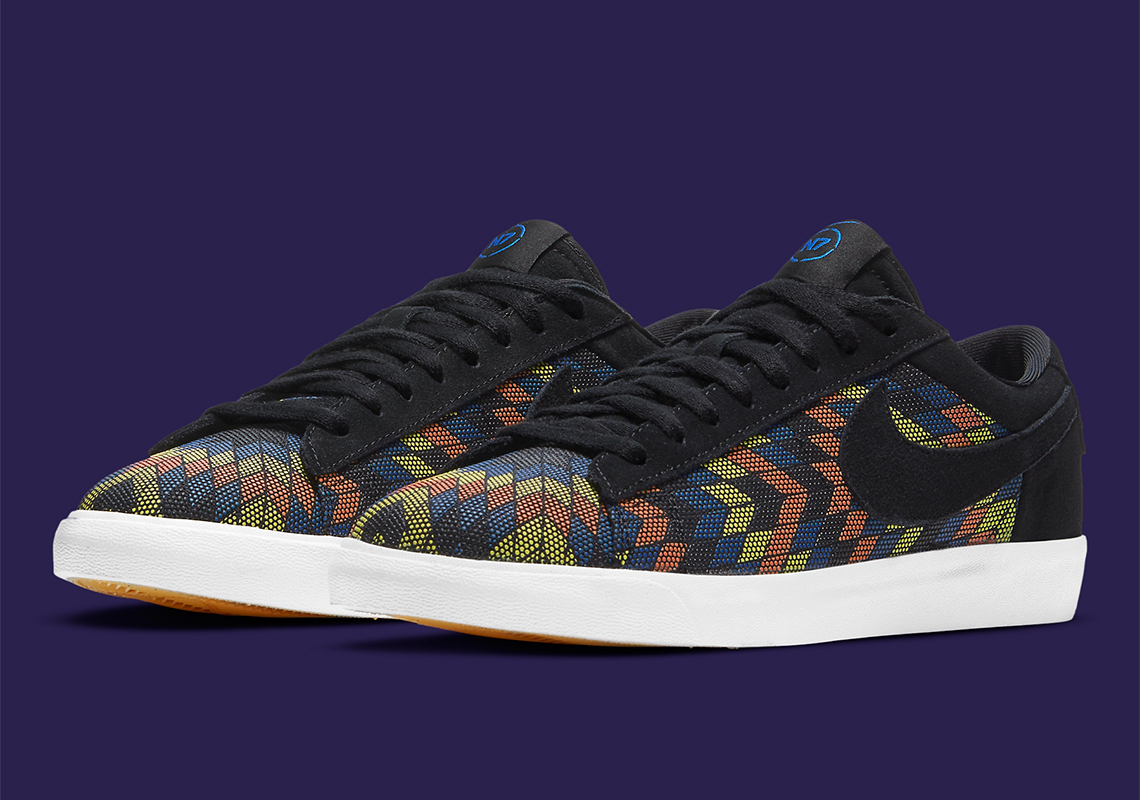 By way of their longstanding N7 collection, Nike celebrates the rich culture of Native communities. And as an extension of its capsule earlier in the year, the series is unveiling not just an Air Max 1 N7 but also a pattern-laden Blazer Low.

At its upper, the offering features a raised haptic graphic blocked in a multitude of floral tones. A muted orange, yellow, blue, and black tiles through the profile towards the toe box, creating a geometric mosaic that both celebrates Native artwork and pays homage to the gifts Kyrie Irving received during his naming ceremony. Adjacent, dark black suedes outfit the lace unit, swoosh, and counter, each visually separate from the multicolor spaces forward. Branding, of both typical “NIKE” embroidery and on-theme “N7” insignia, then dresses the heel tab and tongue in dark blue while a vibrant yellow outfits the tread underfoot.

For a close-up look, check below. The product is currently listed as “Coming Soon” and Nike.com and should officially surface later this month or the next.

In other news, the What The Air Jordan 5 is releasing tomorrow.

UPDATED 11/12/2020:
The Nike Blazer Low N7 will be officially releasing on Nike.com as well as select stores on November 13th. 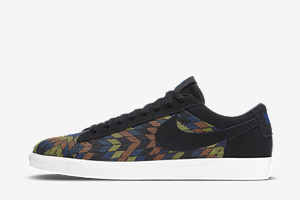 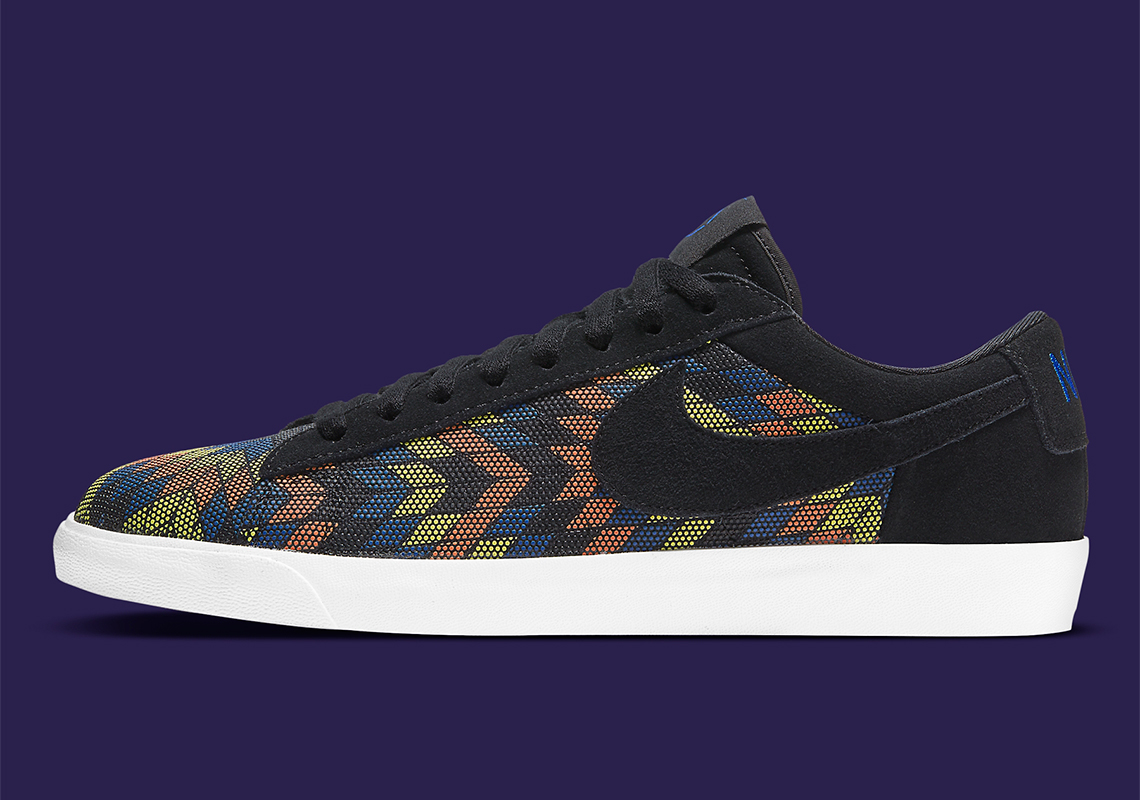 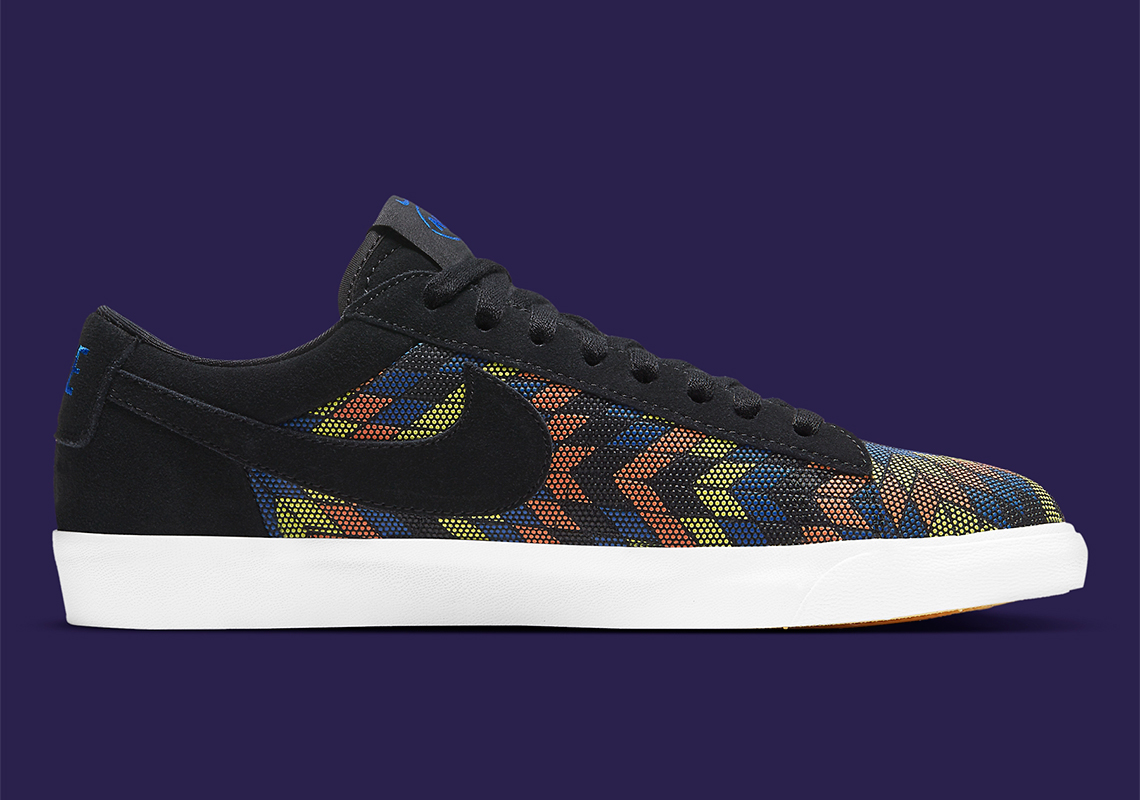 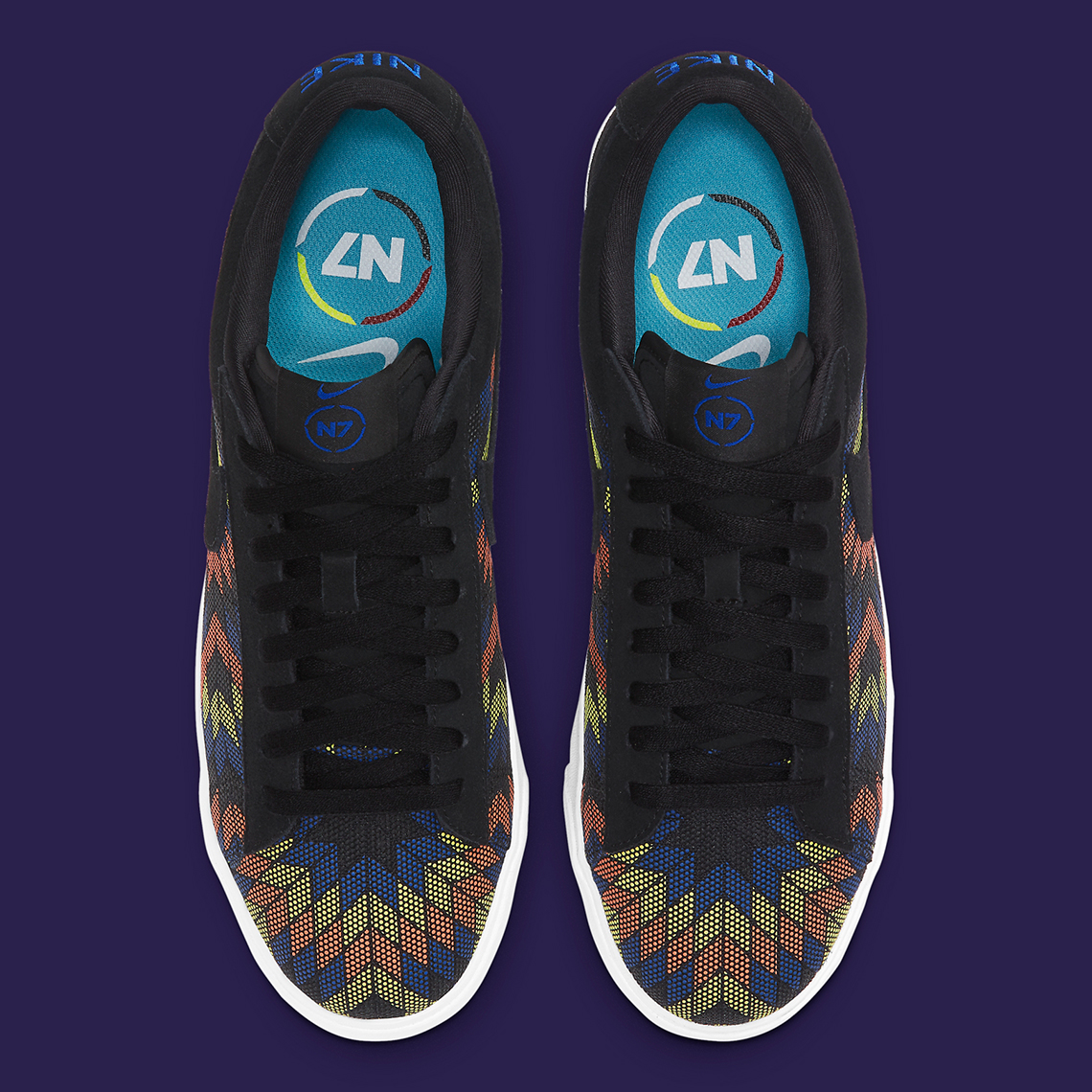 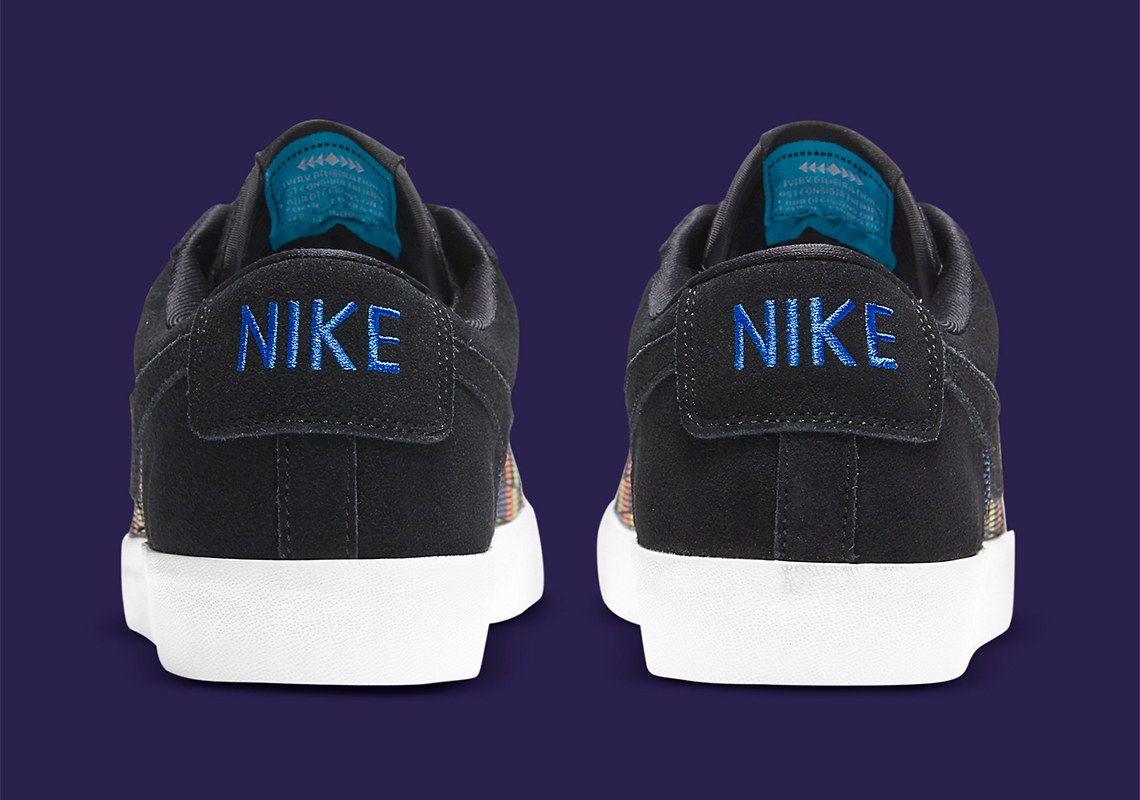 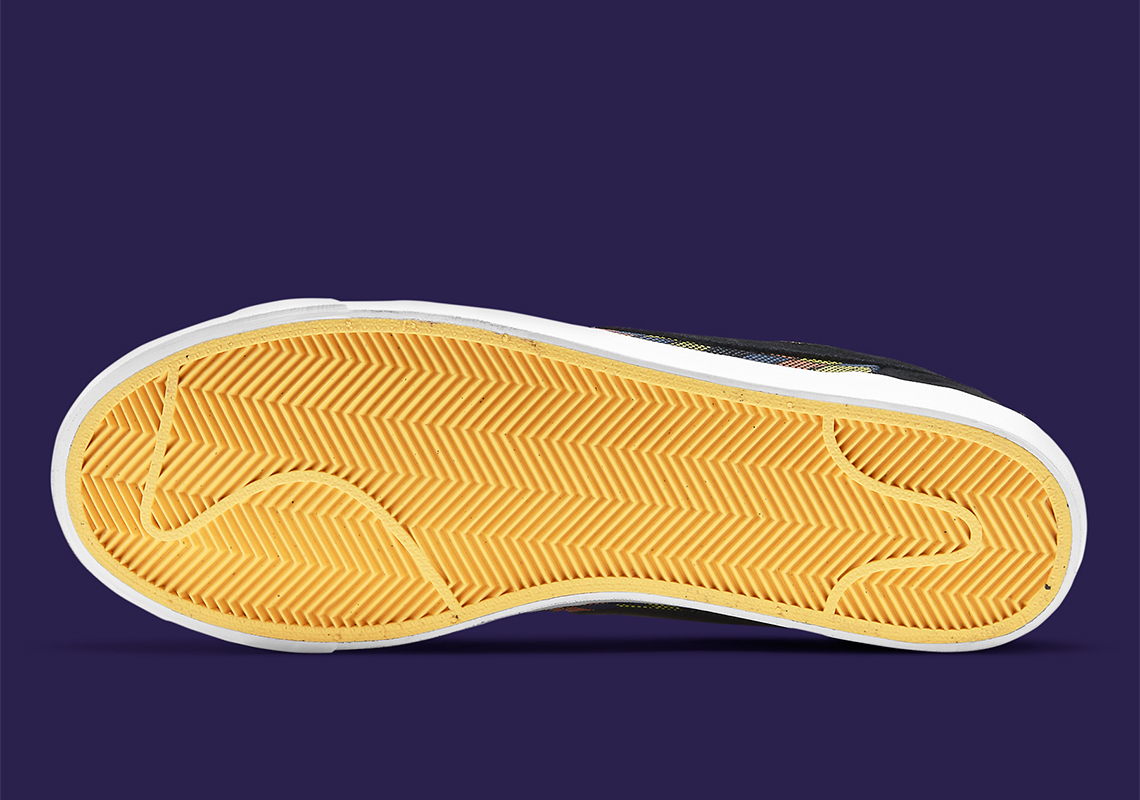 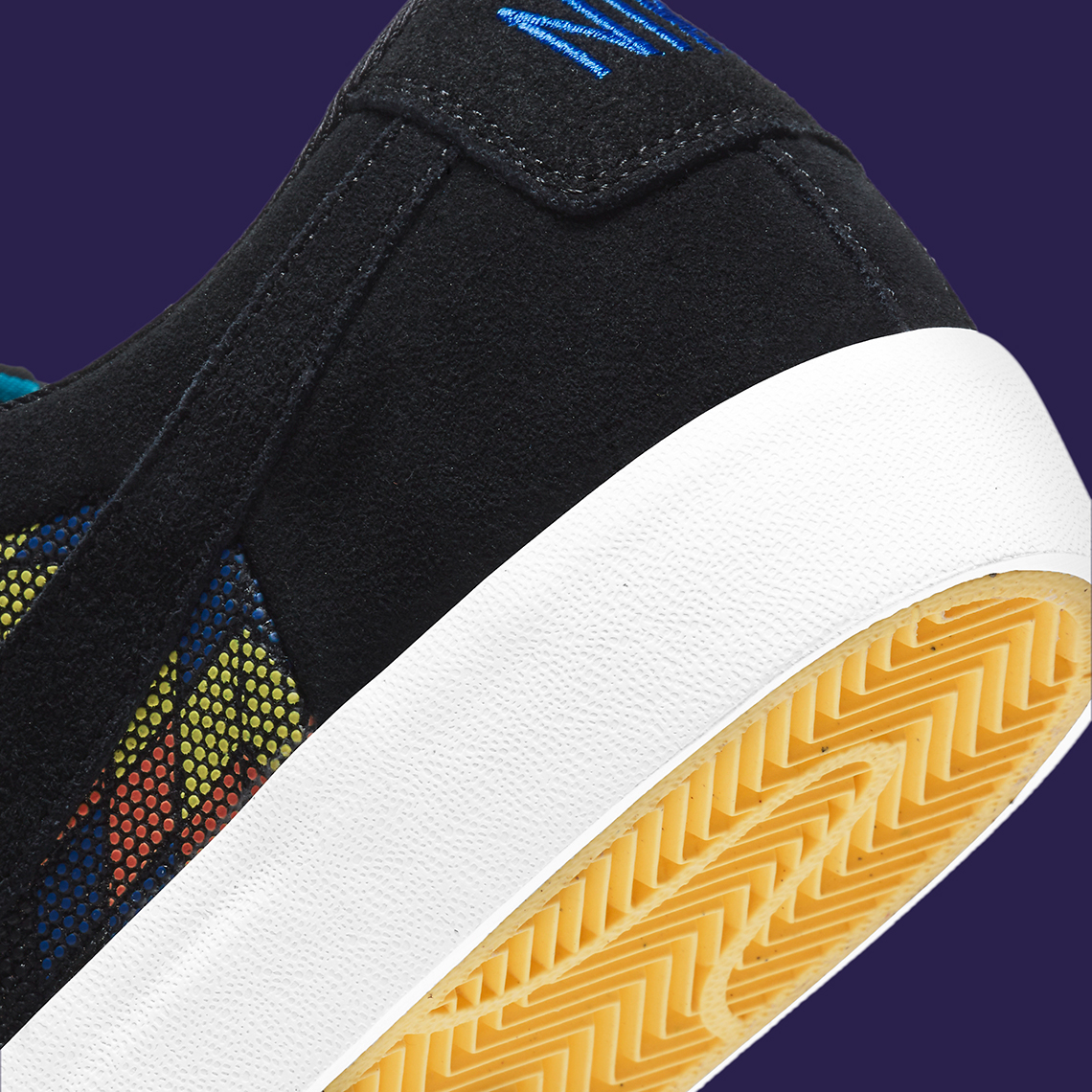 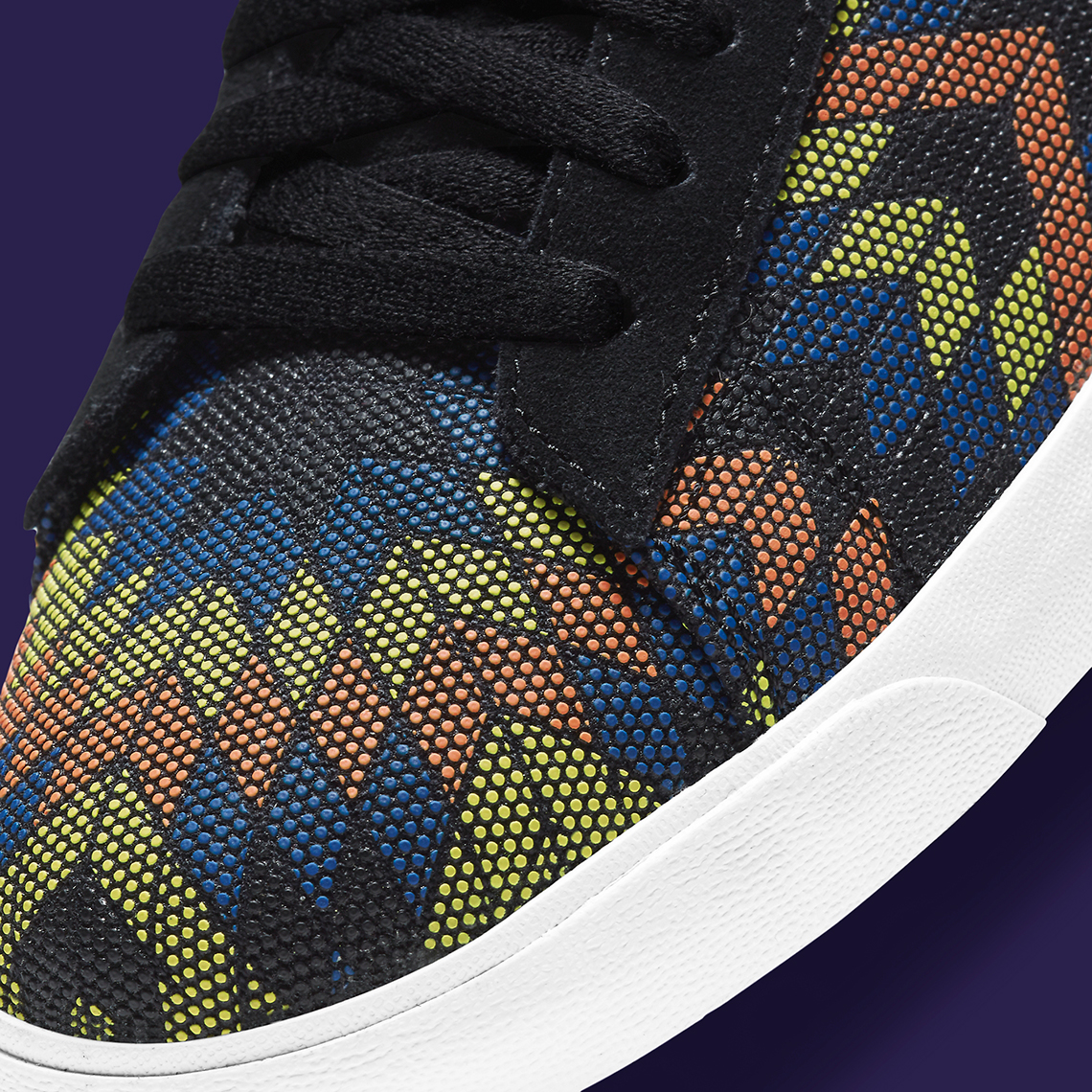