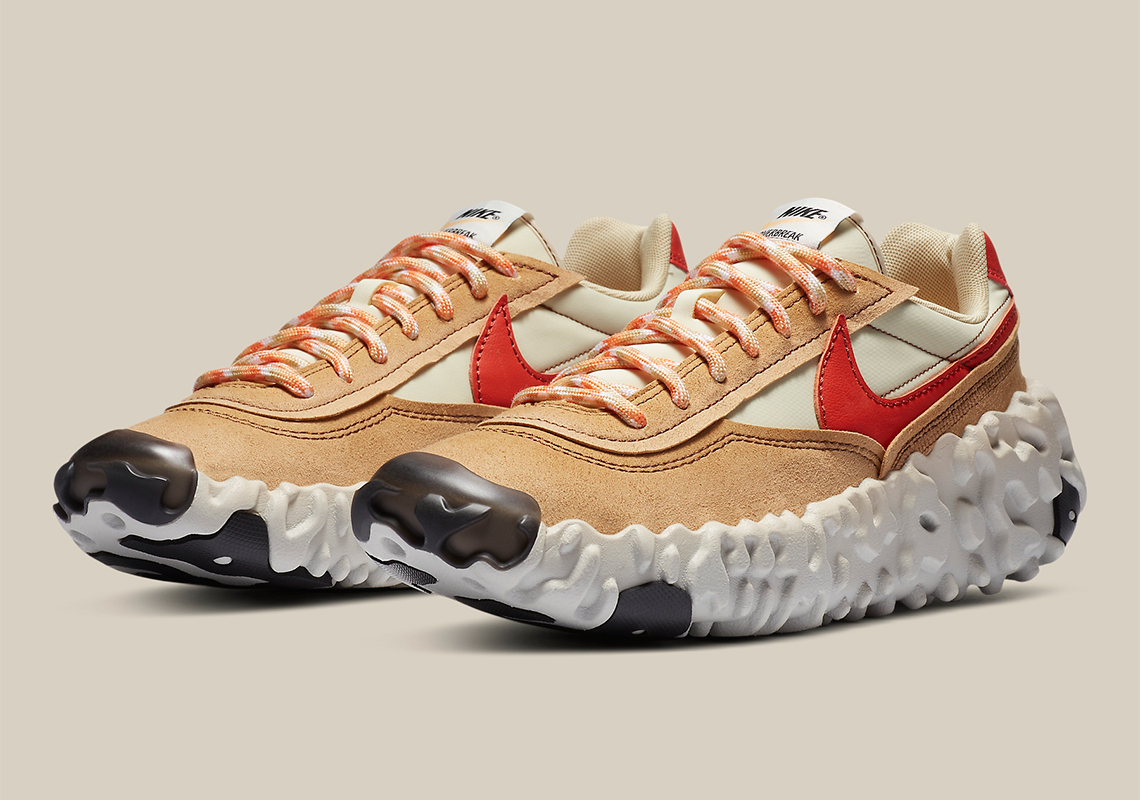 Where To Buy The Nike Overbreak “Mars Yard”

Revered in contemporary American art circles for his modern sculptures, Tom Sachs has an equal amount of clout in the world of footwear due to the Mars Yard, a sneaker built from the ground up, intended for traversing the surface of Mars, but practically used for daily commutes. The Mars Yard began its legend back in 2012 with the debut of ths striking colorway that combined earth tan and beige hues with a pop of red on the Swoosh, and since then, we’ve seen its role reprised across several in-line Nike footwear products and shoe customs galore. However, none seem to be as naturally fitting than on this – the Overbreak SP.

Featuring a reconstructed upper with Daybreak DNA, the Nike team added the Overreact sole that debuted on one of its ISPA inclusions from mid-2020. The exaggerated dimensions of the data-mapped outsole also suggest a bit of a hiking/outdoors aesthetic for its rocky texture, and unsurprisingly, it works seamlessly with the Mars Yard look.

This colorway of the Overbreak is confirmed to drop on January 5th in Asia, with a global release date TBD. But if you’re more interested in the real deal, the Tom Sachs Mars Yard 2.5 will be releasing soon through a unique wear-test process. 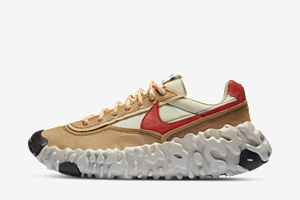 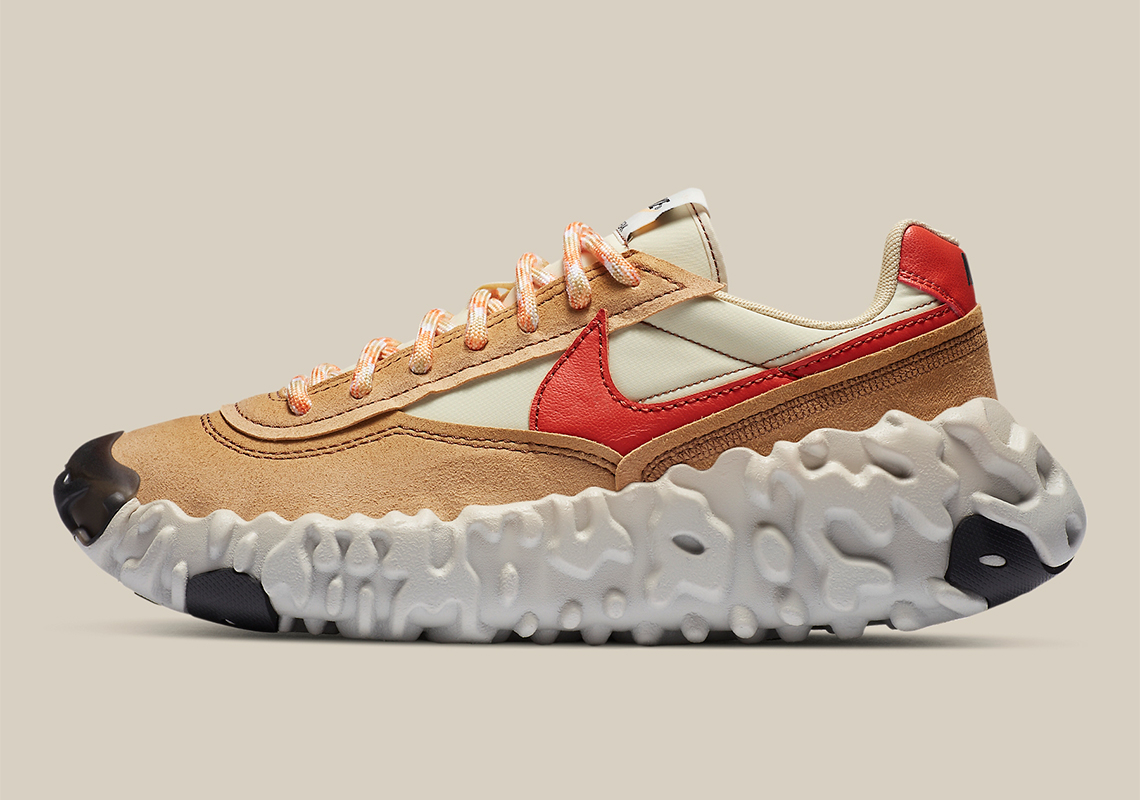 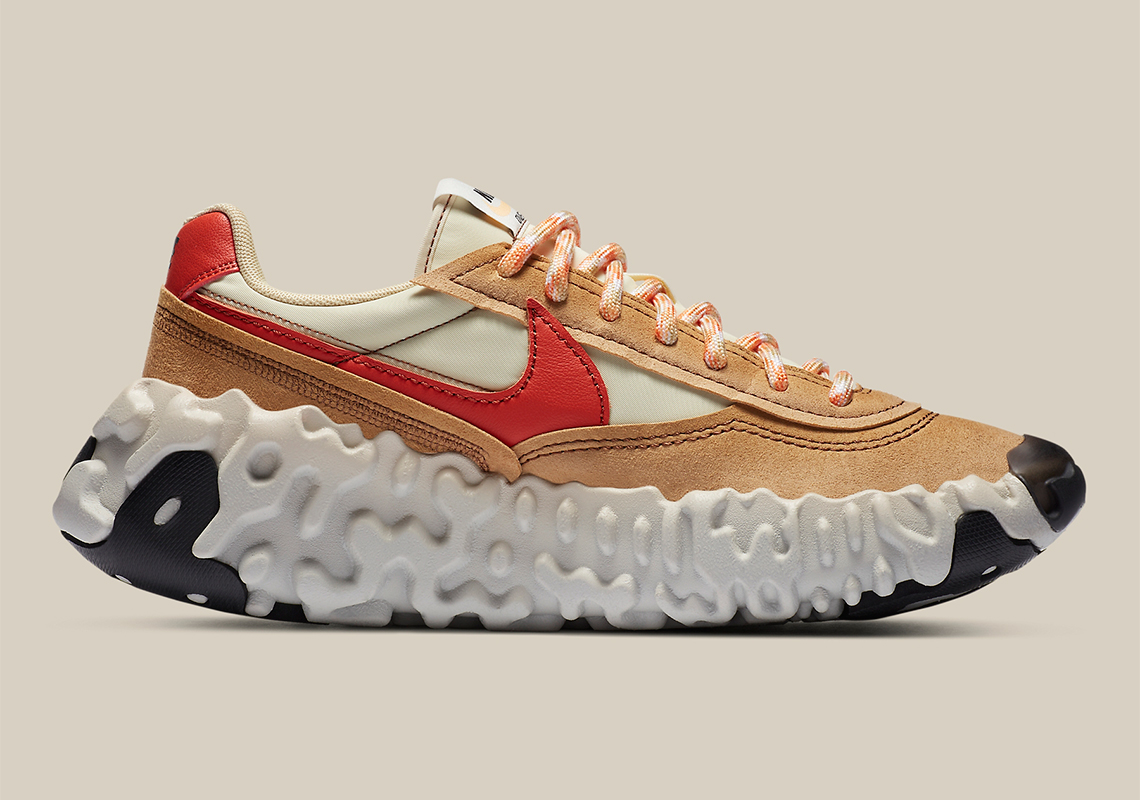 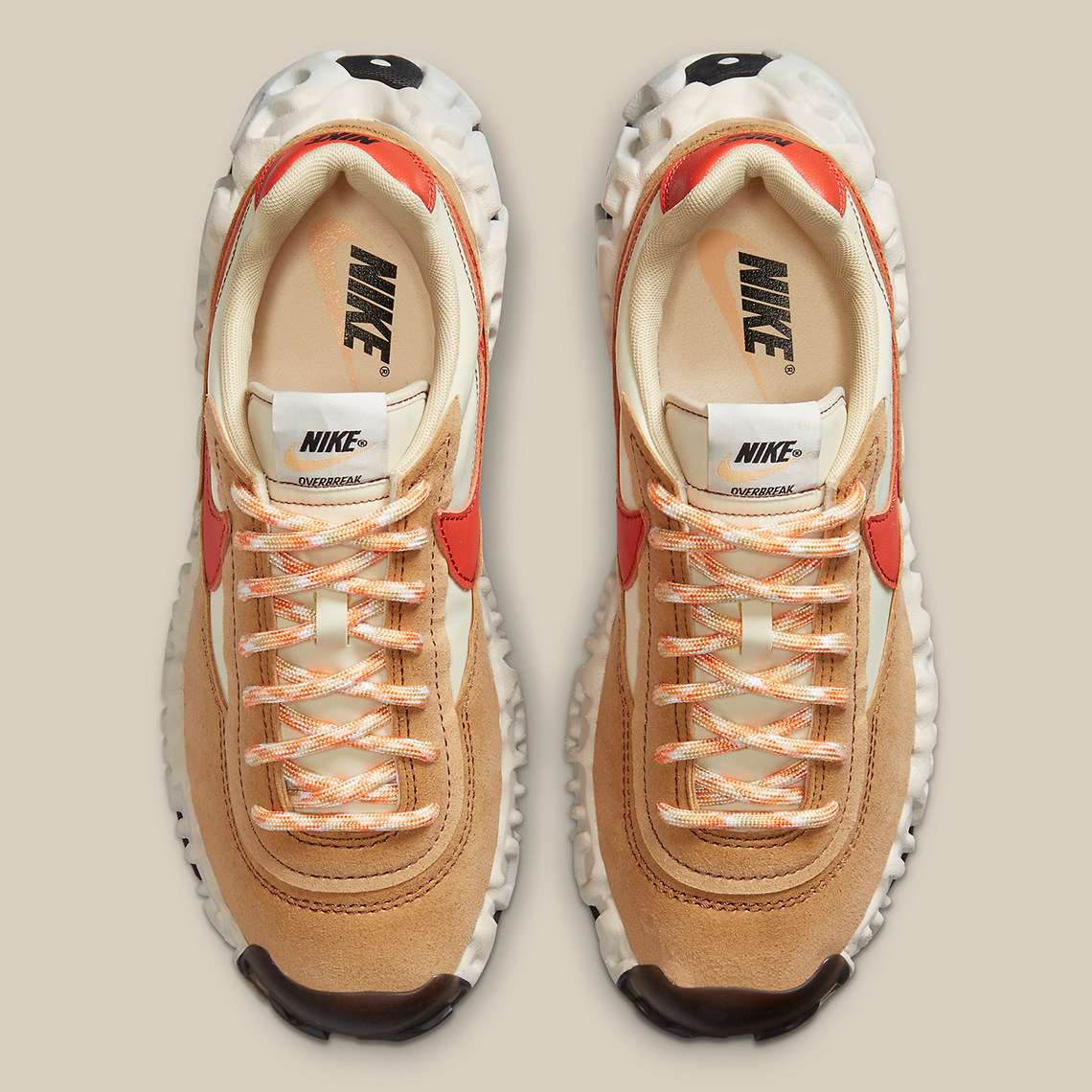 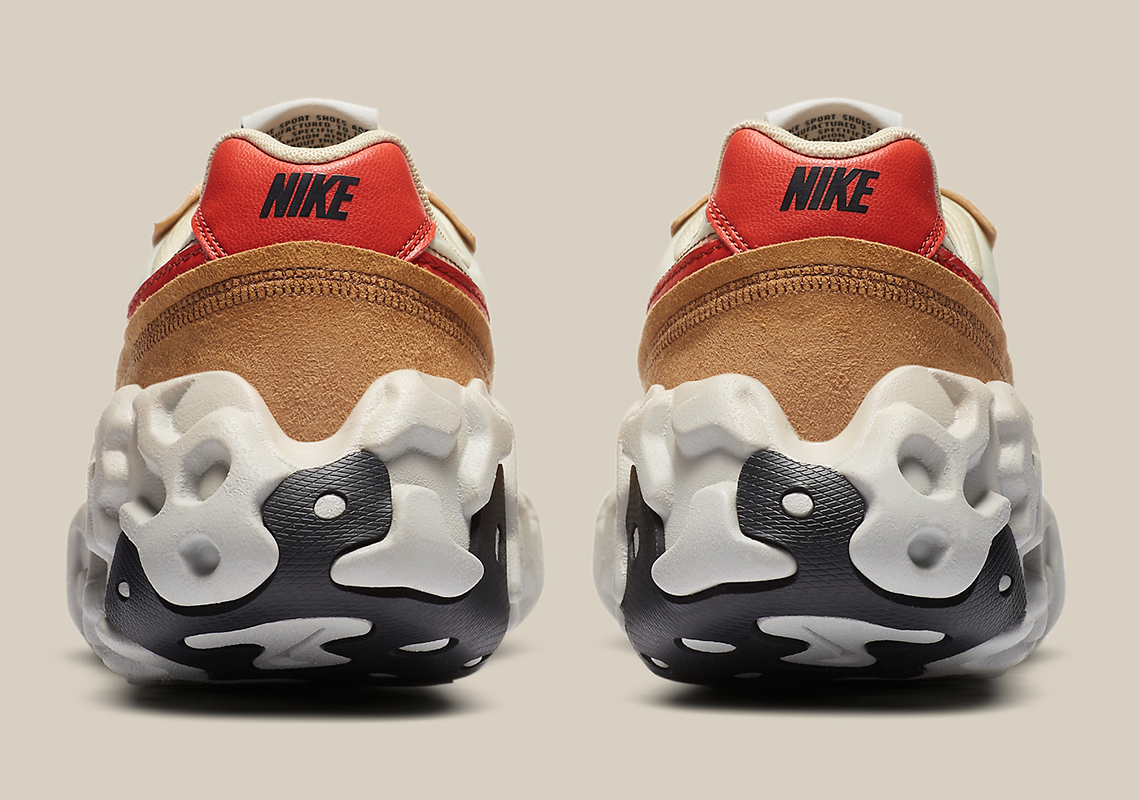 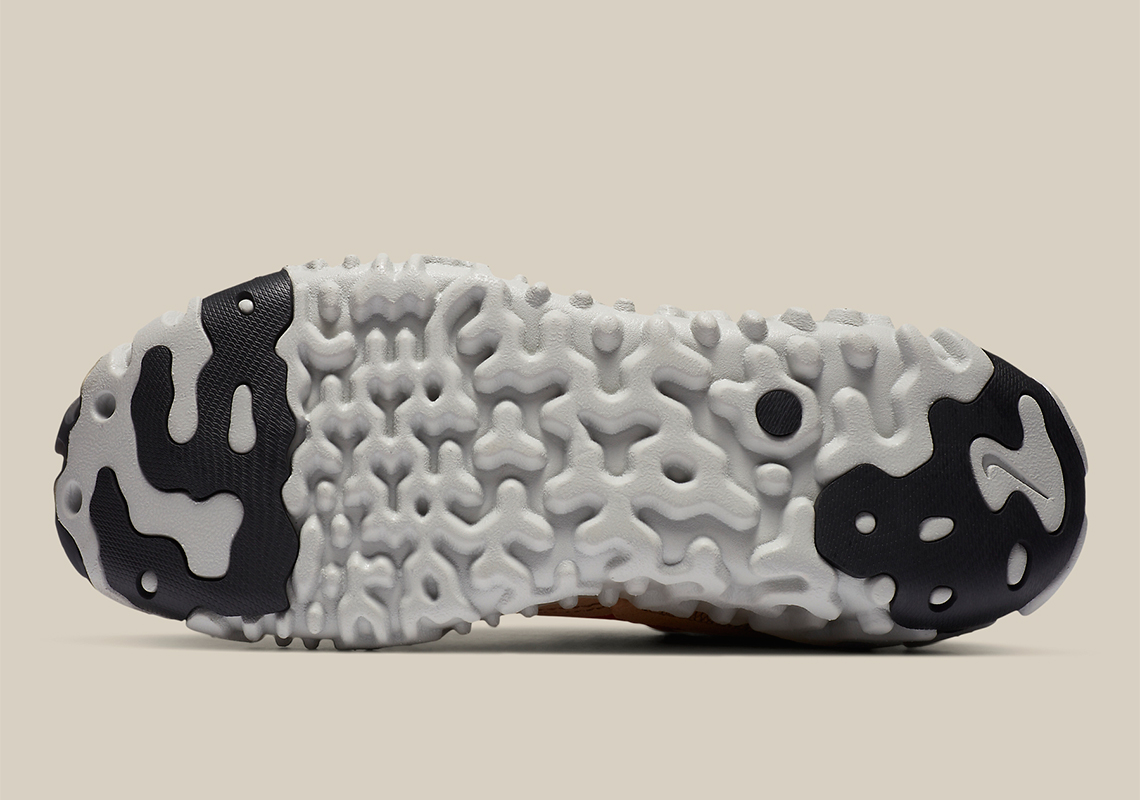 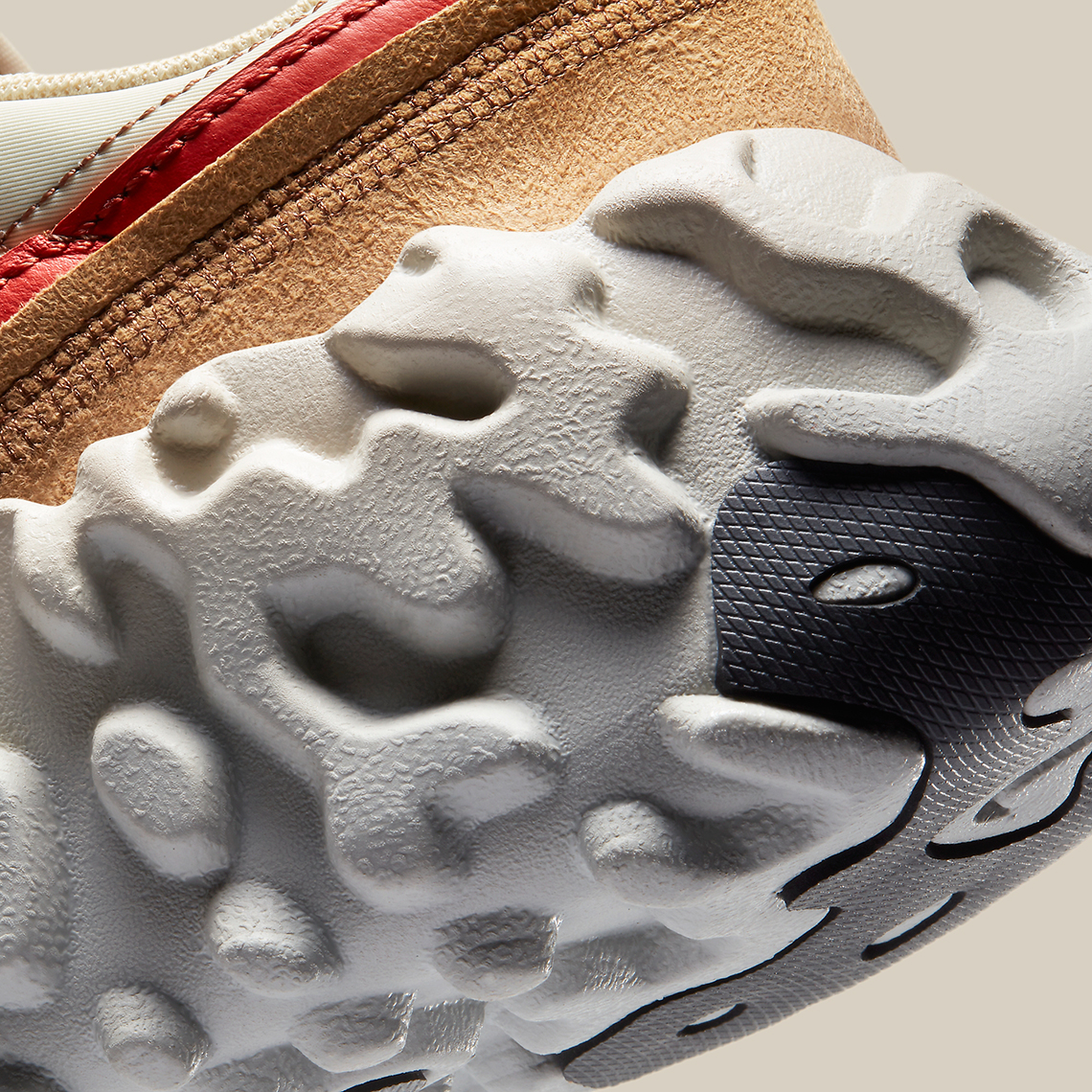 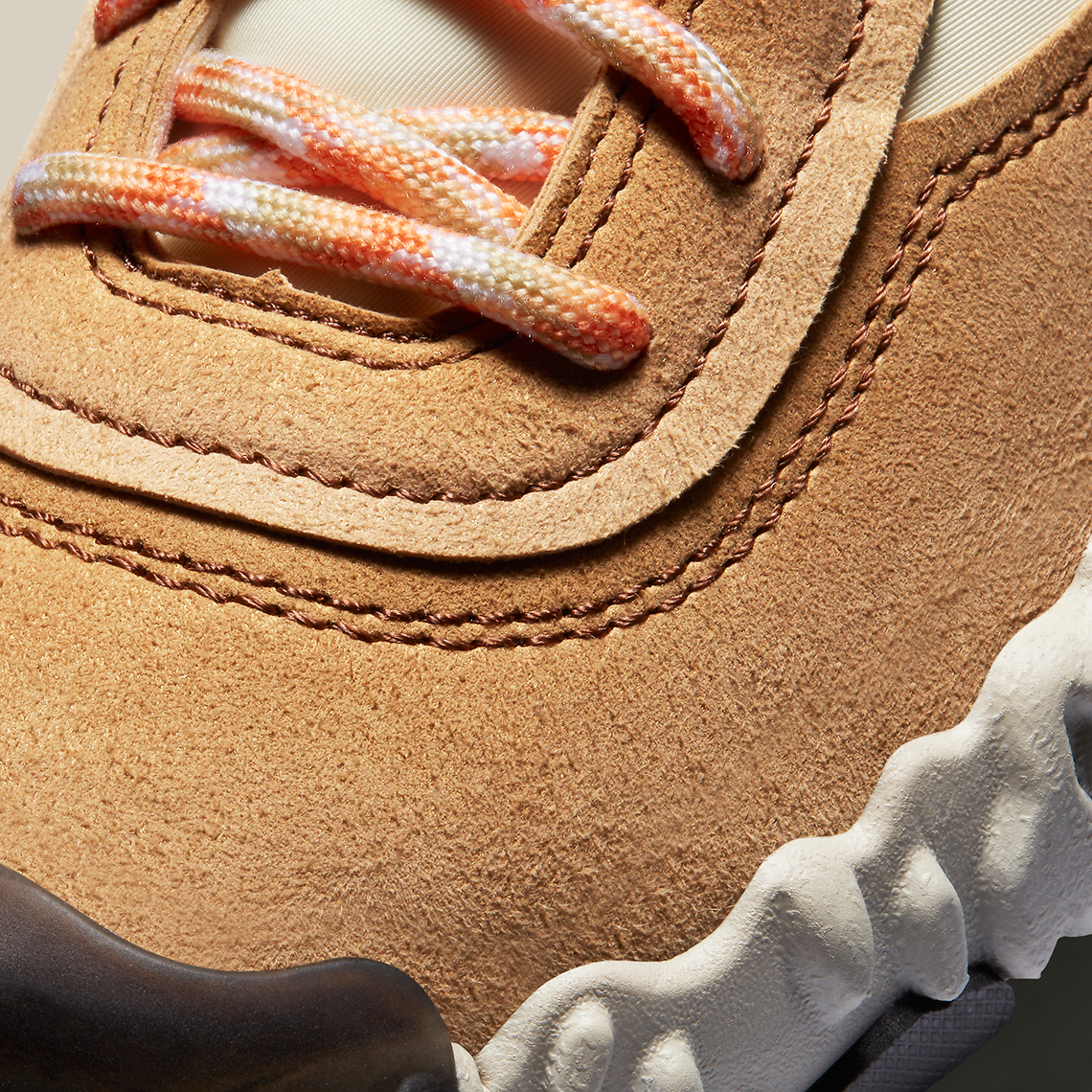