The initial attention and hype around New Balance’s new archive-inspired 327 model was caused  by Parisian label Casablanca, delivering the collaborative  debut of the silhouette in a light orange and green color-combo that has gone on to appear on many “best of” lists of the year. They’ve followed it was a similar sophomore drop, but for their next batch, it seems that they’re spurning the solid colors for something with a bit more dimension.

Revealed by brand collaborations manager Joe Grondin, this upcoming New Balance 327 release features the Casablanca’s seasonal Monogramme pattern that was first introduced as part if its Autumn/Winter collection. Featuring linked strands of green and tan against a wine red base, this pattern lands on the toebox overlay as well as the heel, while a green ribbon with a leaf pattern appears longitudinally on the tongue. The double-layered N logo persists, as does the perforated leather base.

A release in Spring 2021 can be expected, so here’s to hoping New Balance continues its partnership with the hotly rising label. In more confirmed New Balance news, the brand recently revisited its Gentleman’s Pack on the 991 and 1500. 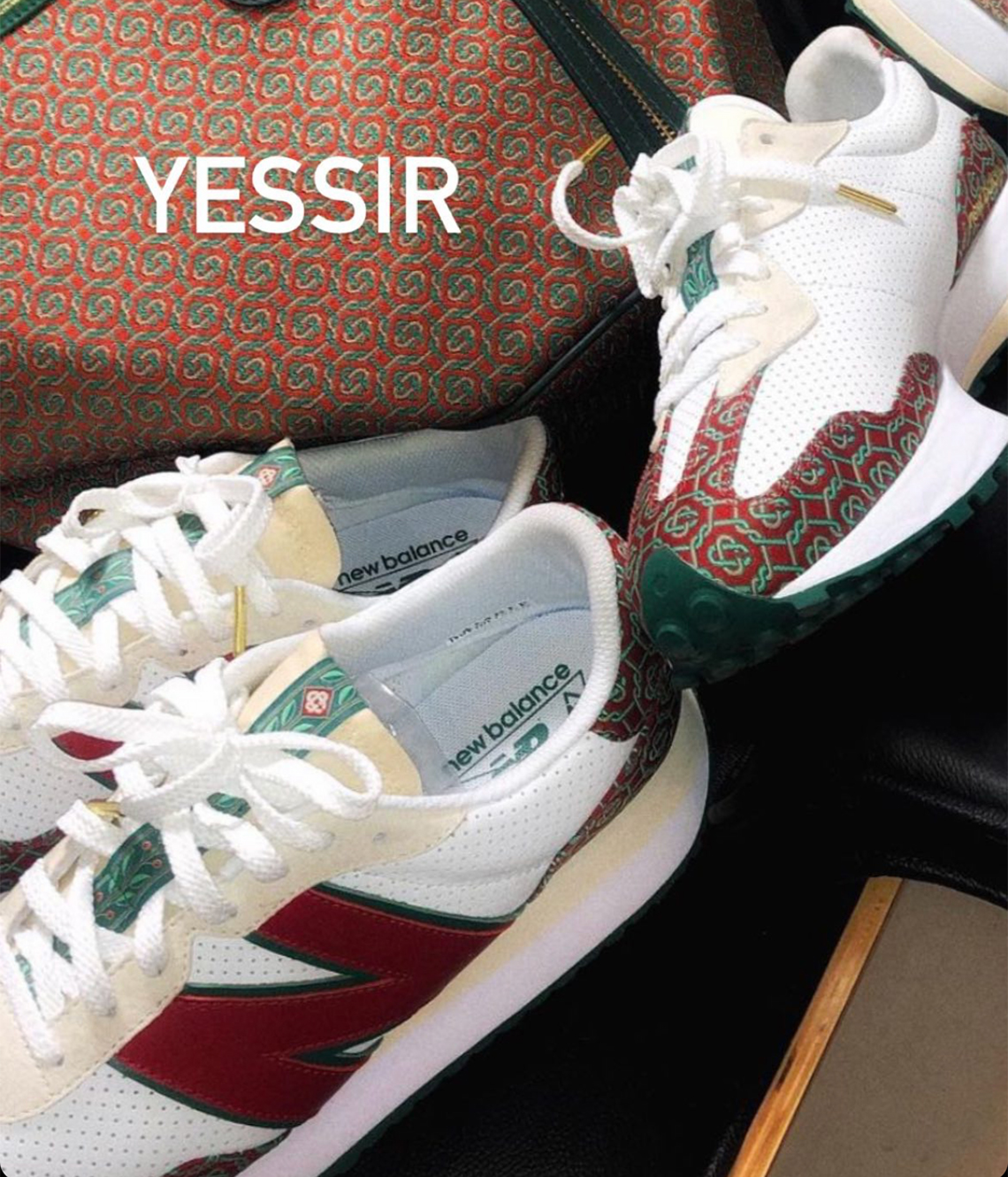