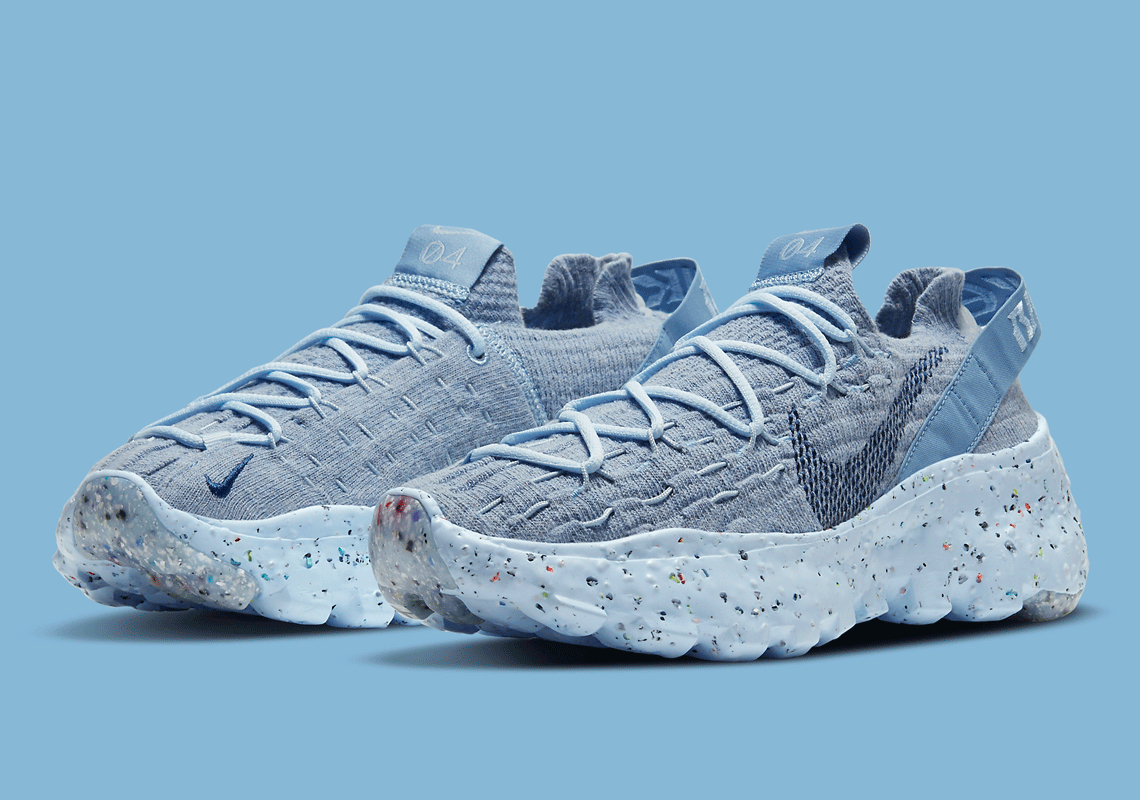 Another Take On “Chambray” Appears On The Nike Space Hippie 04

The women’s Nike Space Hippie 04 has emerged in a handful of colorways, while the rest of its Space Hippie kin has only emerged in two options since debuting in June 2020. The model’s latest revisits a “Chambray Blue” scheme.

Space Yarn uppers are clad in a grey-reminiscent “Light Armory Blue,” which has appeared on the Blazer Low before. Profile Swooshes, however, forgo previously-utilized “Crimson” and “Volt” hues in favor of a segmented “Midnight Navy” arrangement. “NIKE” text on the otherwise-tonal heel pull tab continues the bluescale makeup, but in a lighter shade. Elsewhere, speckling across the Crater Foam sole unit indulges in green, red, and blue tones. The cushioning’s chambray-like composition delivers some more flair to this eco-friendly silhouette, while tread at high-wear zones boasts a predominantly grey palette.

Enjoy official images of this Space Hippie 04 here below, and head over to Nike.com right now to secure a pair.

For more from NIKE, Inc. umbrella, check out the Air Jordan 4 “Starfish” set to launch on January 21st. 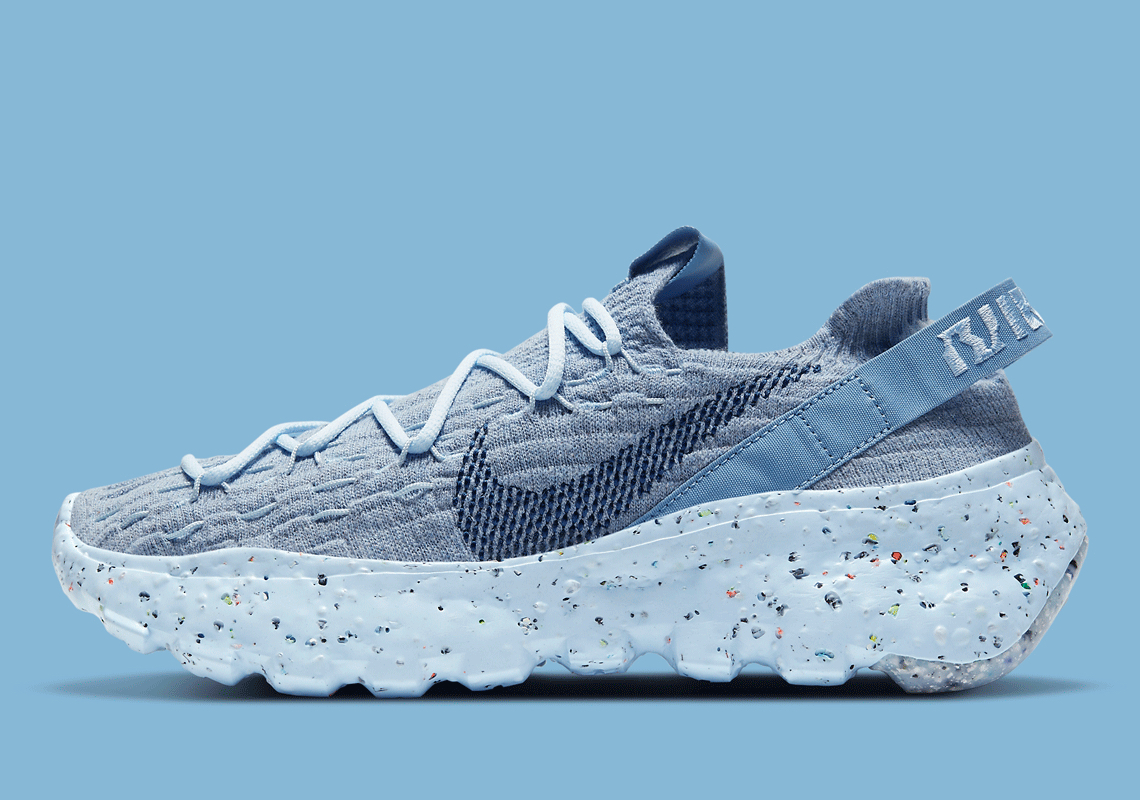 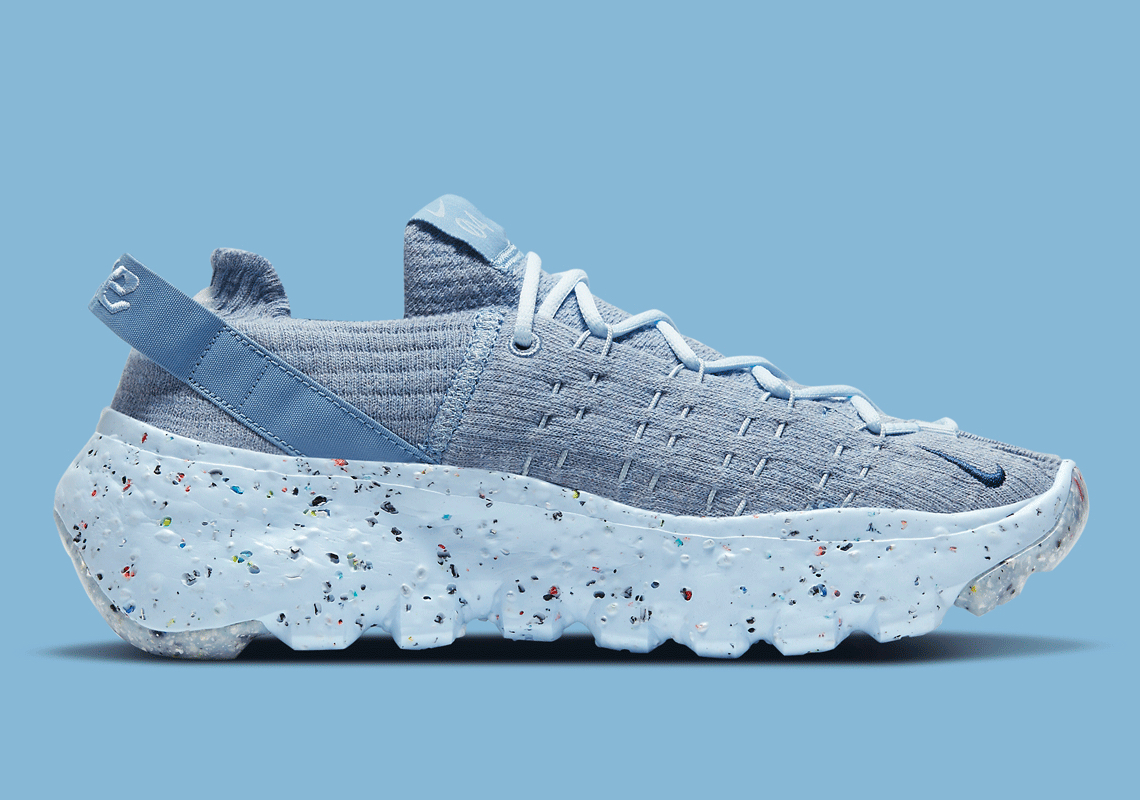 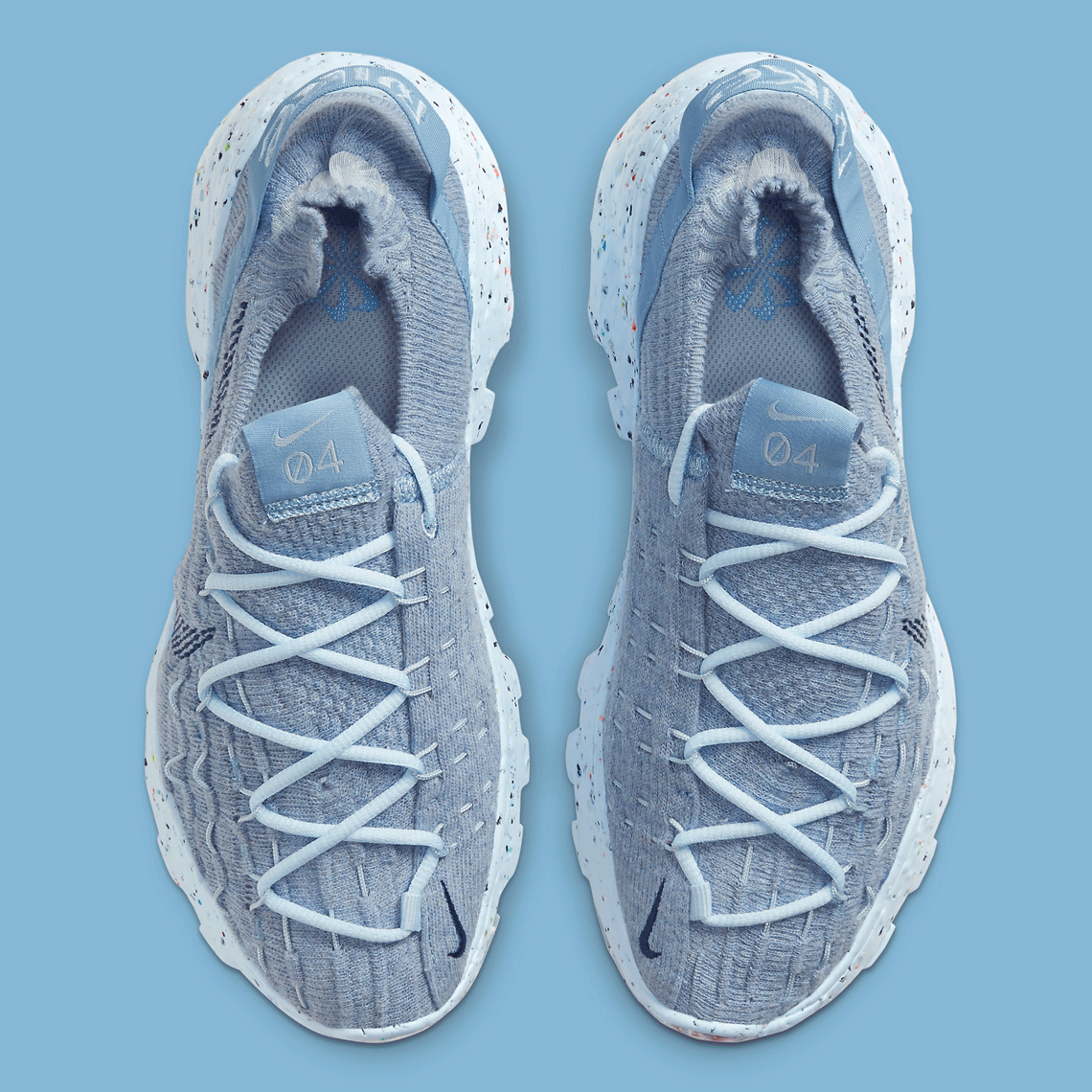 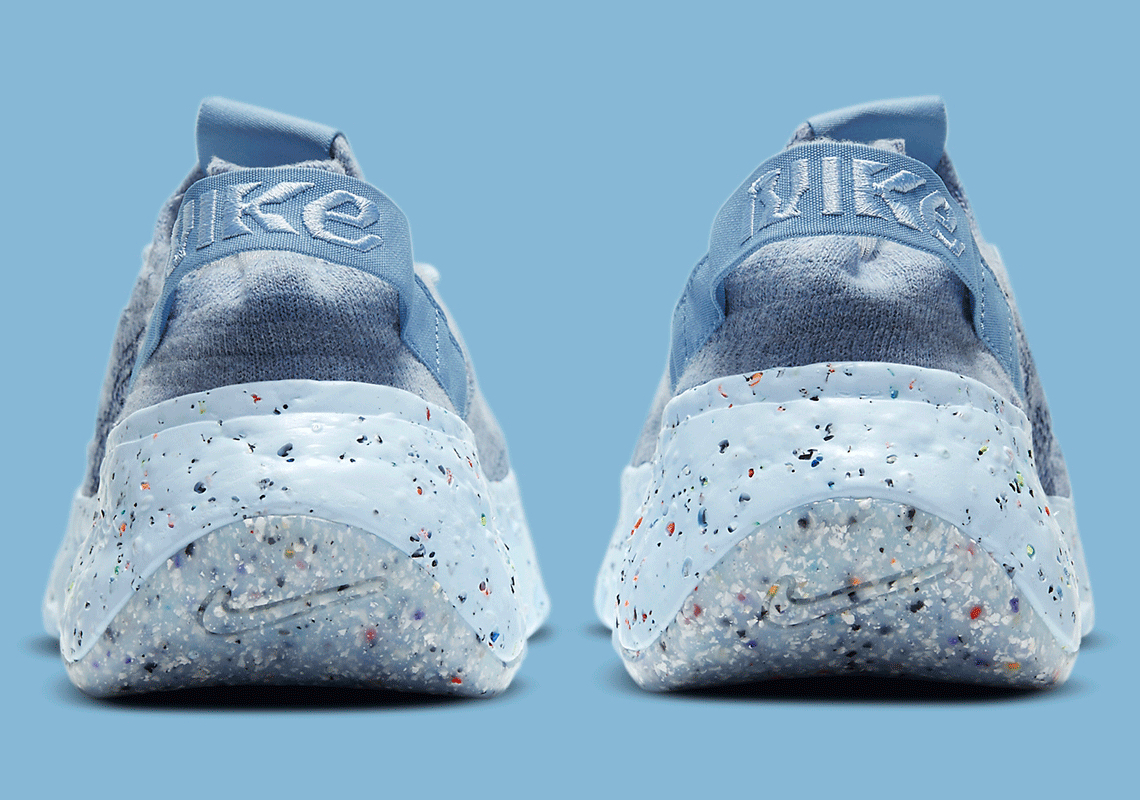 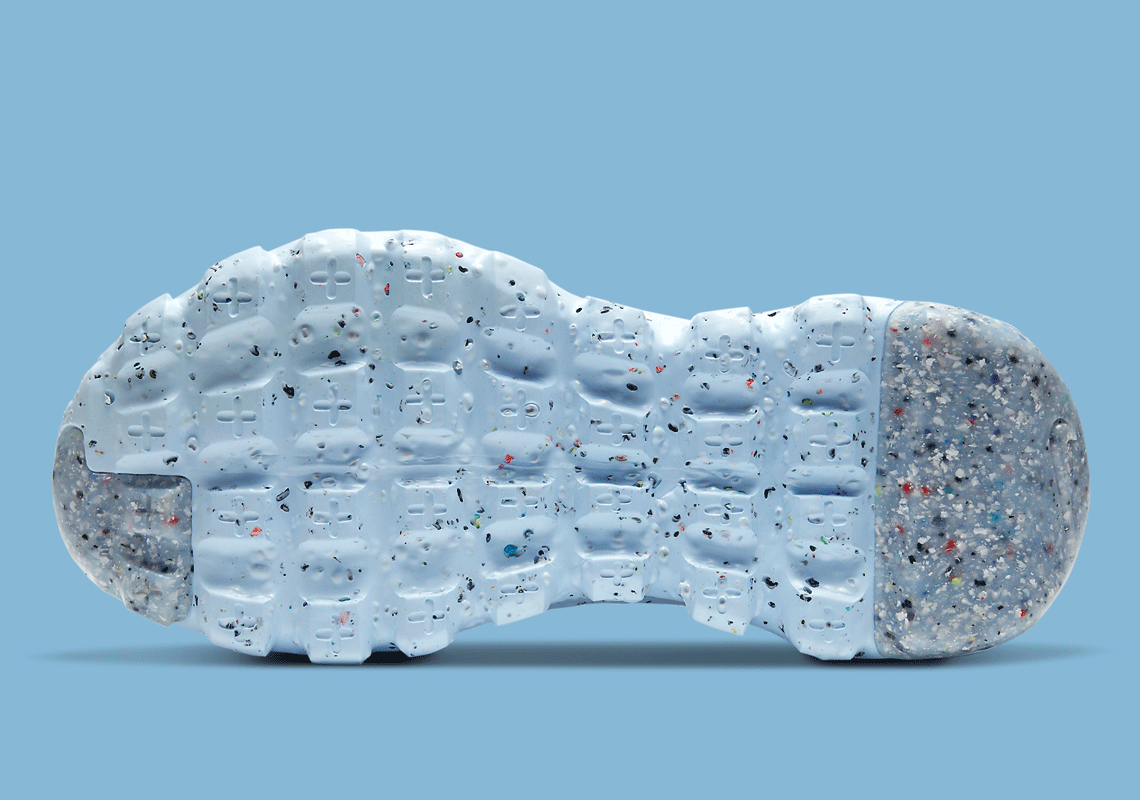 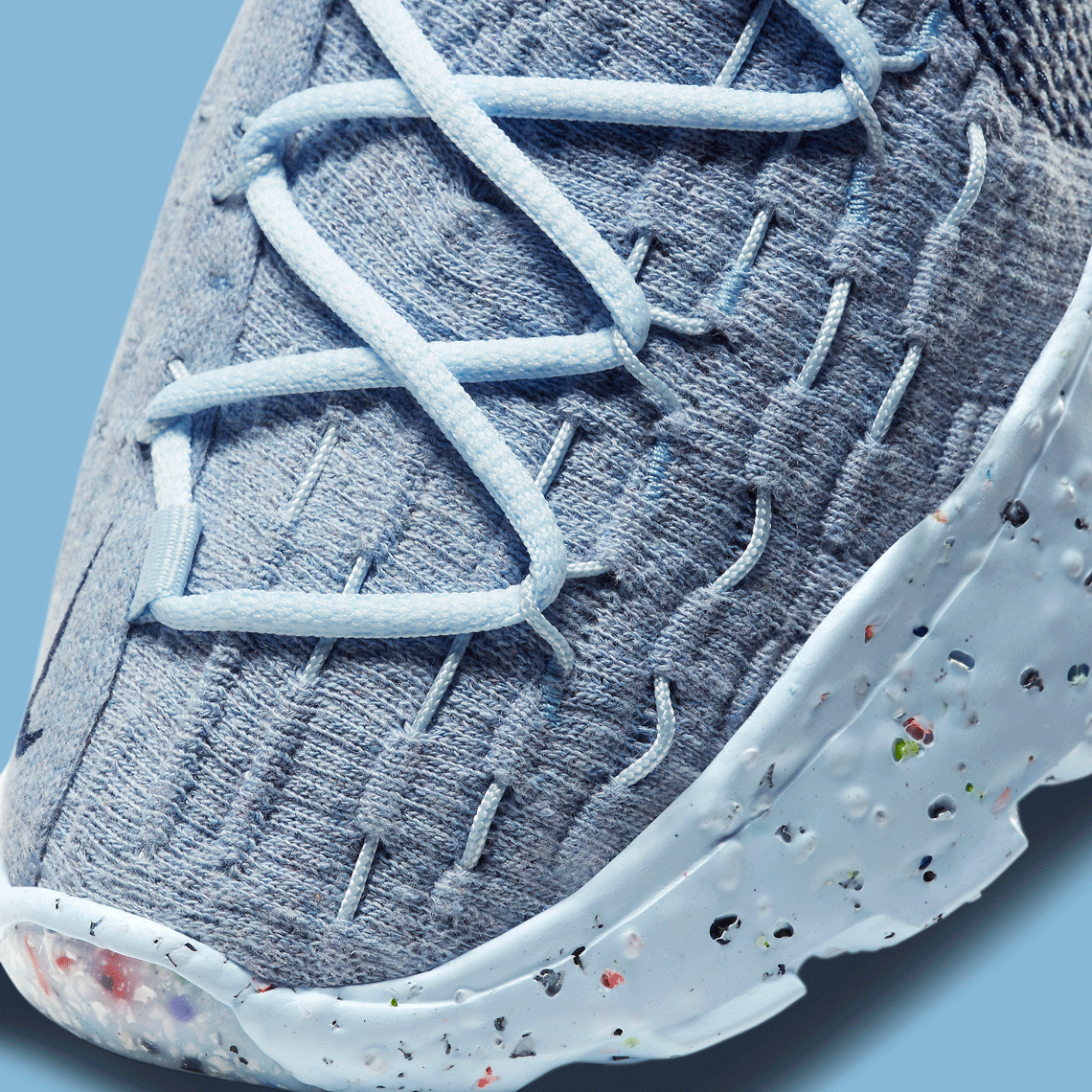 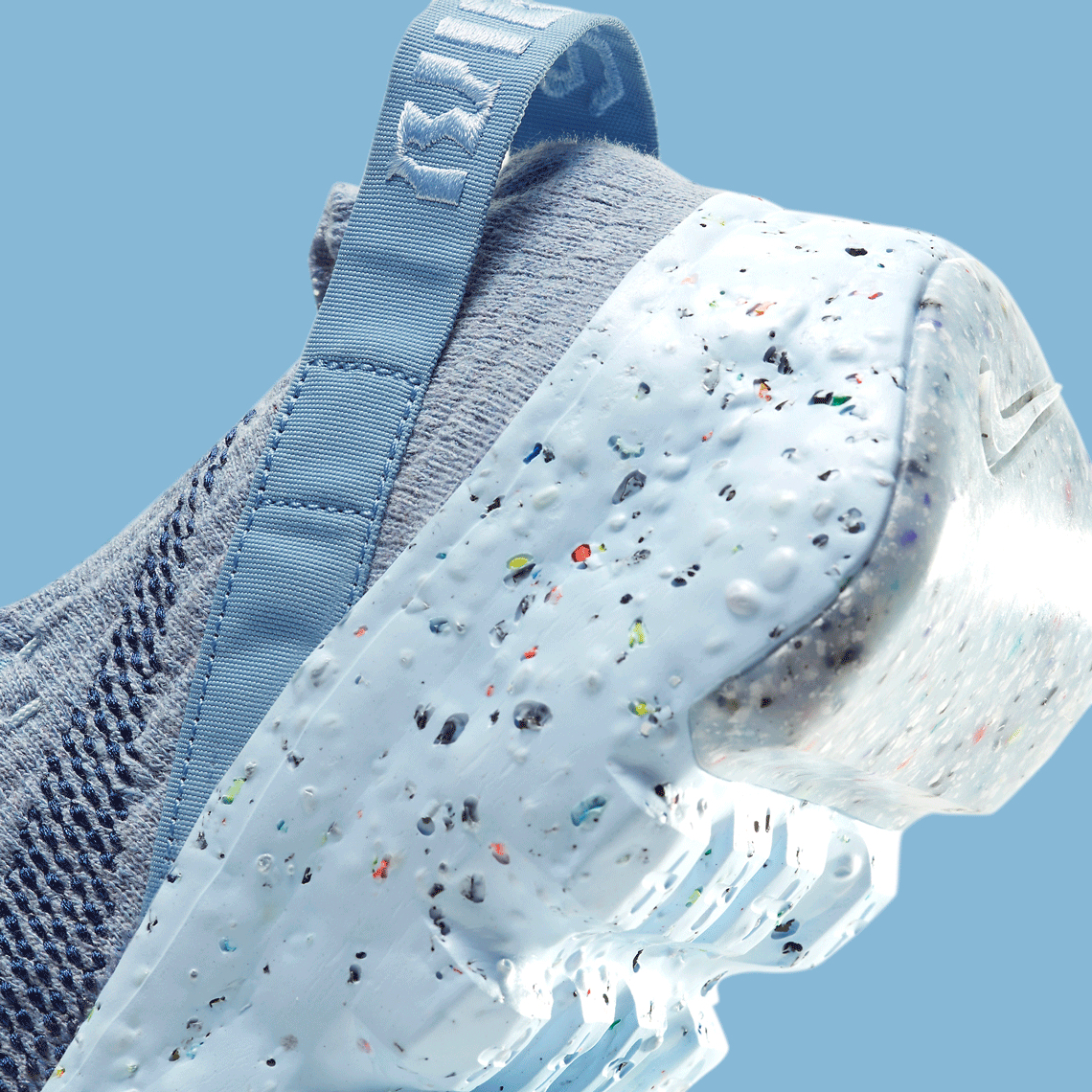