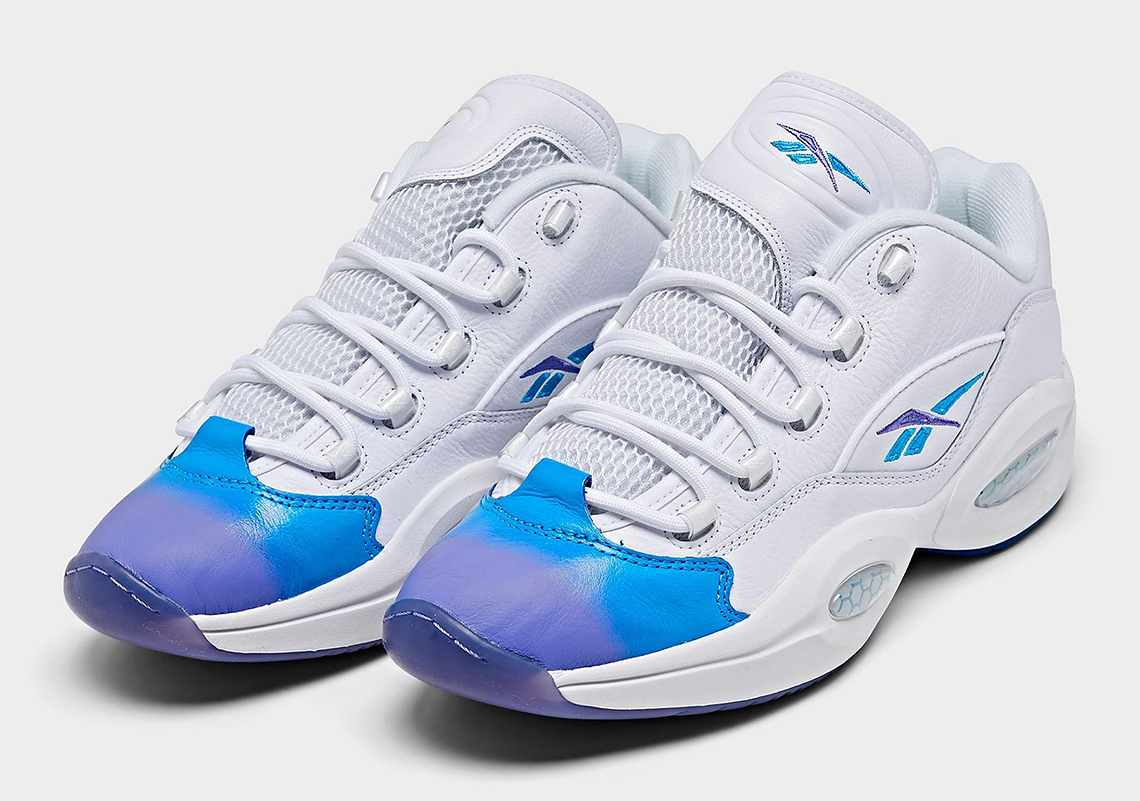 The Reebok Question, one of the most important basketball signatures of all-time, has experienced a bit of a renaissance since being brought back not too long ago. With both collaborations and inline releases, the silhouette has effectively created a new legacy, one brimming with both retro and newfound influences. Today, we’re seeing the Question Low on center stage once again, clad in a bright, new age “Glitch” colorway.

Similar to the options previous, the upper dresses most of its fixtures in white. This tumbled leather panels all throughout the side profile and heel, extending down and above to the midsole as well as the lace unit, respectively. Logo hits and cushioning, then, introduce some cool-toned color, as hexagonal graphics, tread patterns, and Vector logos dye with a mix of both purple and blue. This palette is mirrored on the contrast toe alongside, with “Glitch” themes allowing it to further stand out.

For a closer look, peep the images below. Pairs are set to release at select retailers and likely Reebok.com on March 20th.

In other news, a Triple White adidas Forum Mid is on the way. 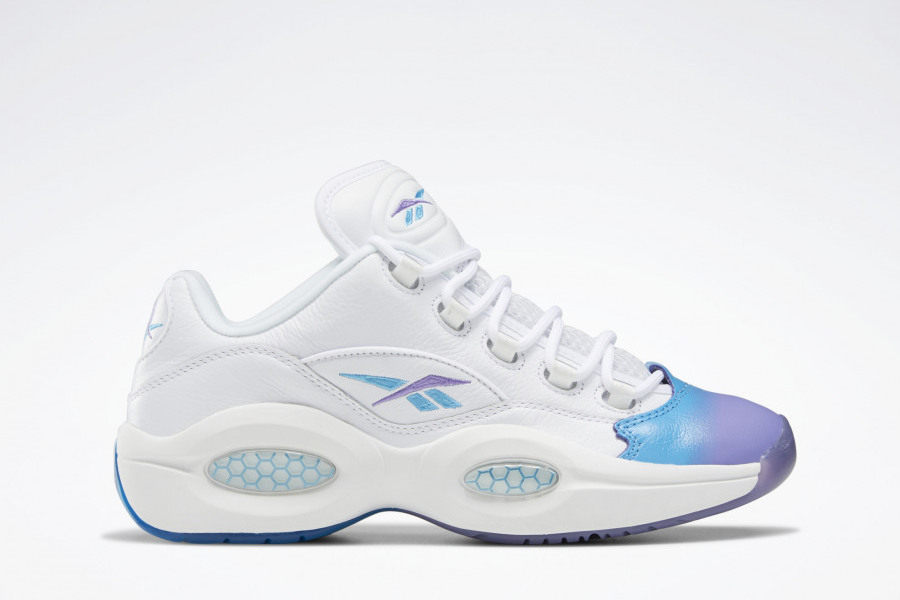 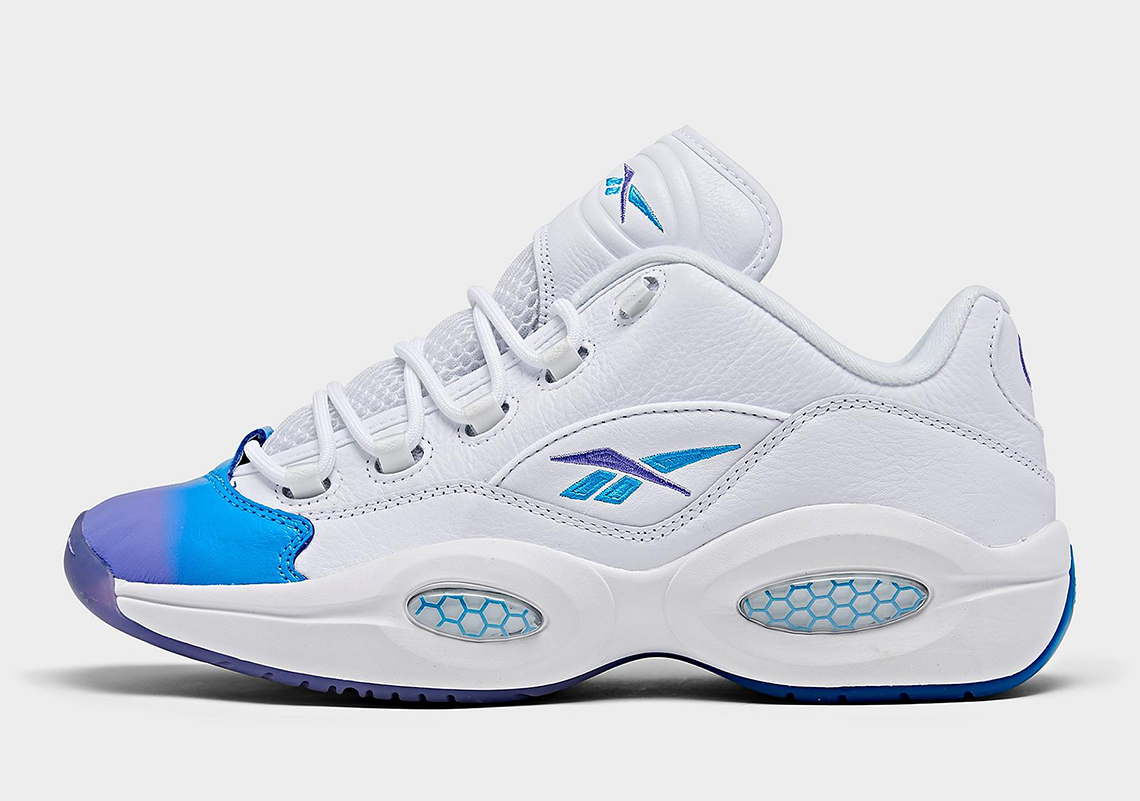 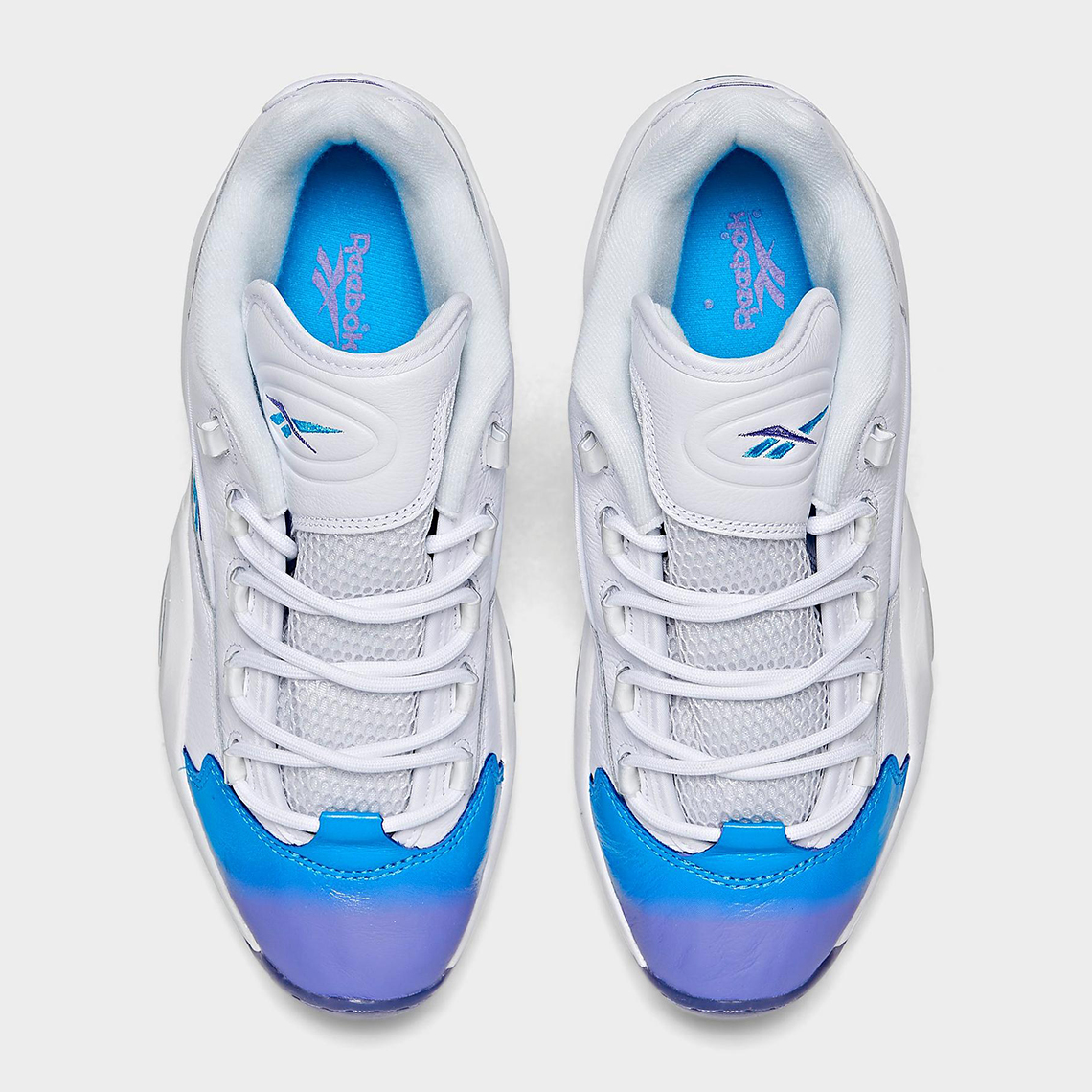 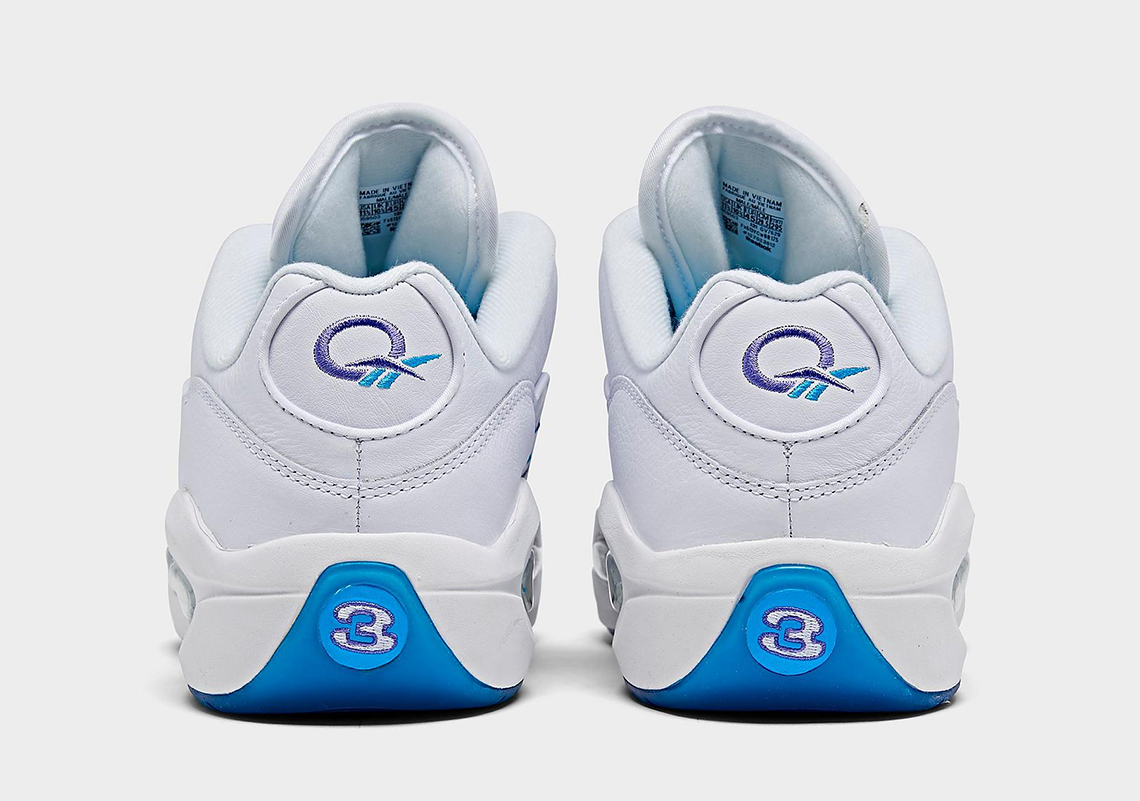 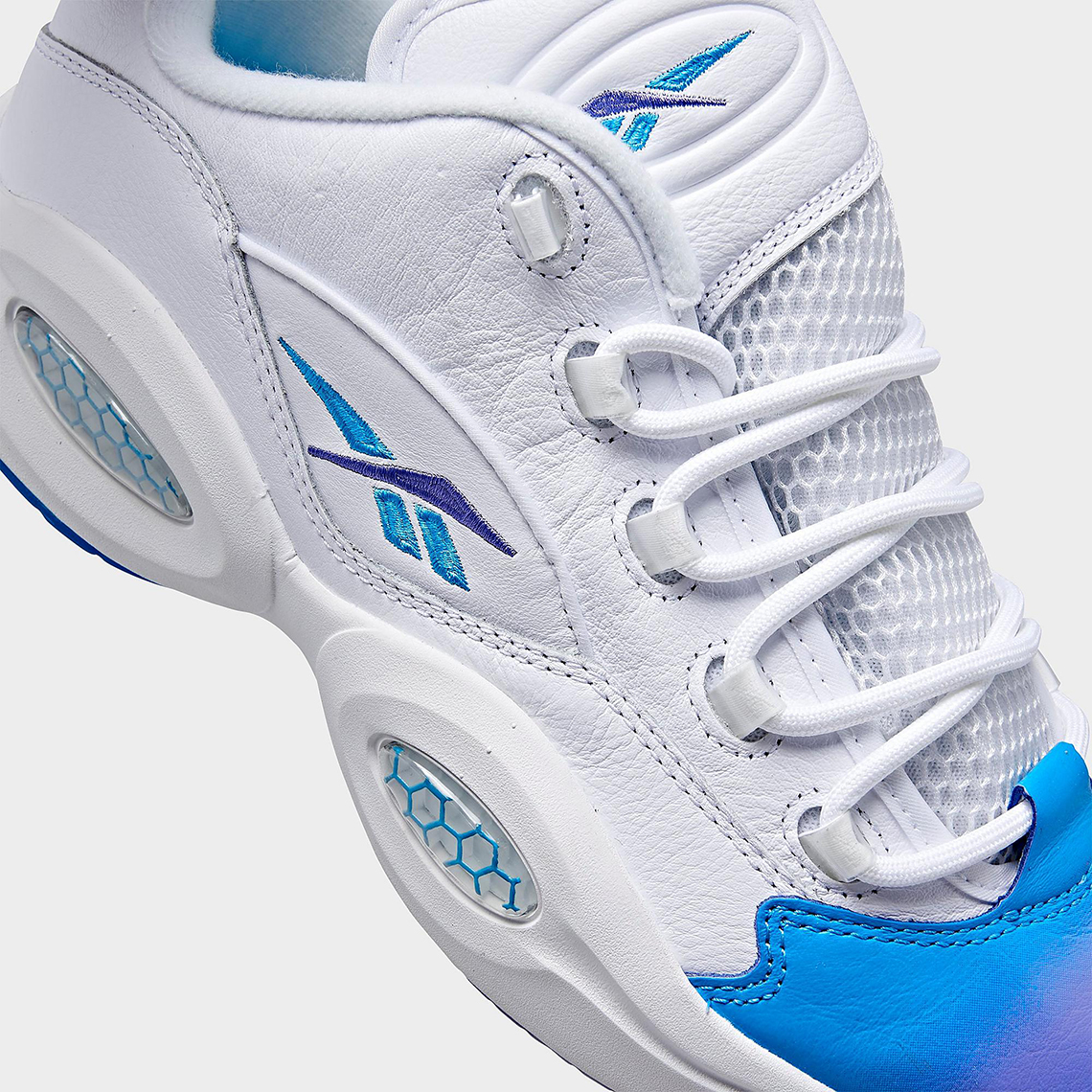 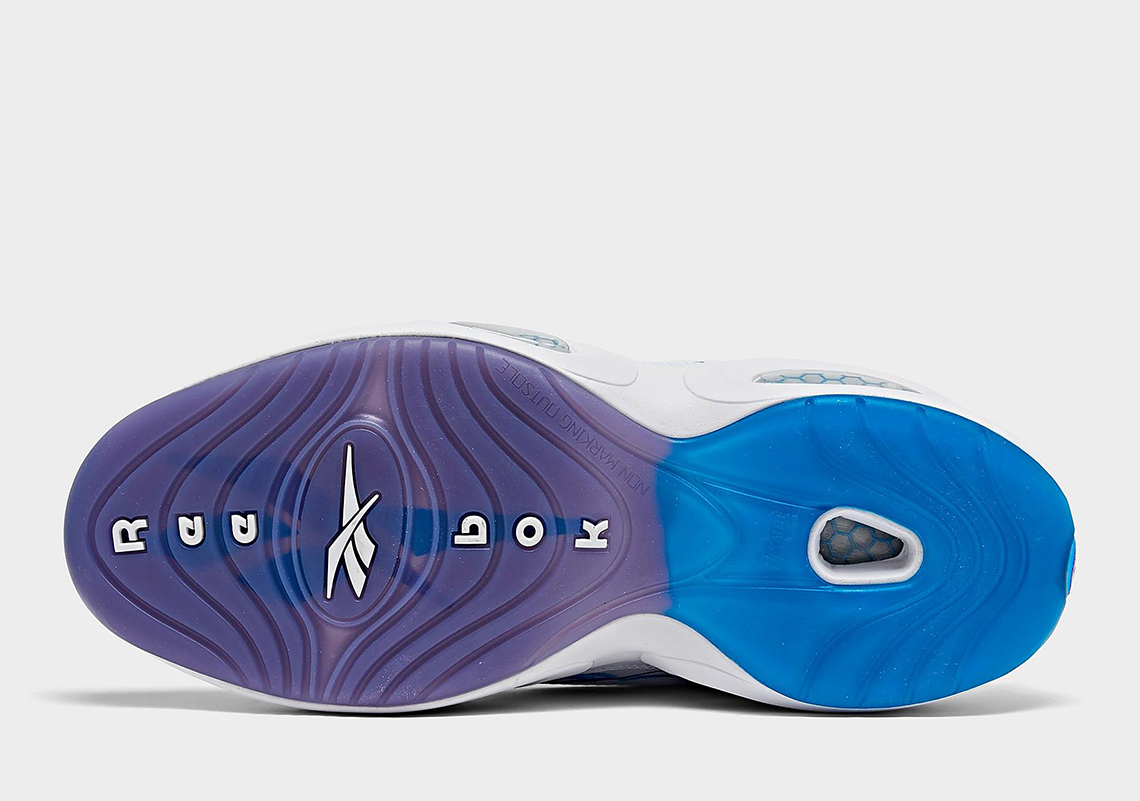