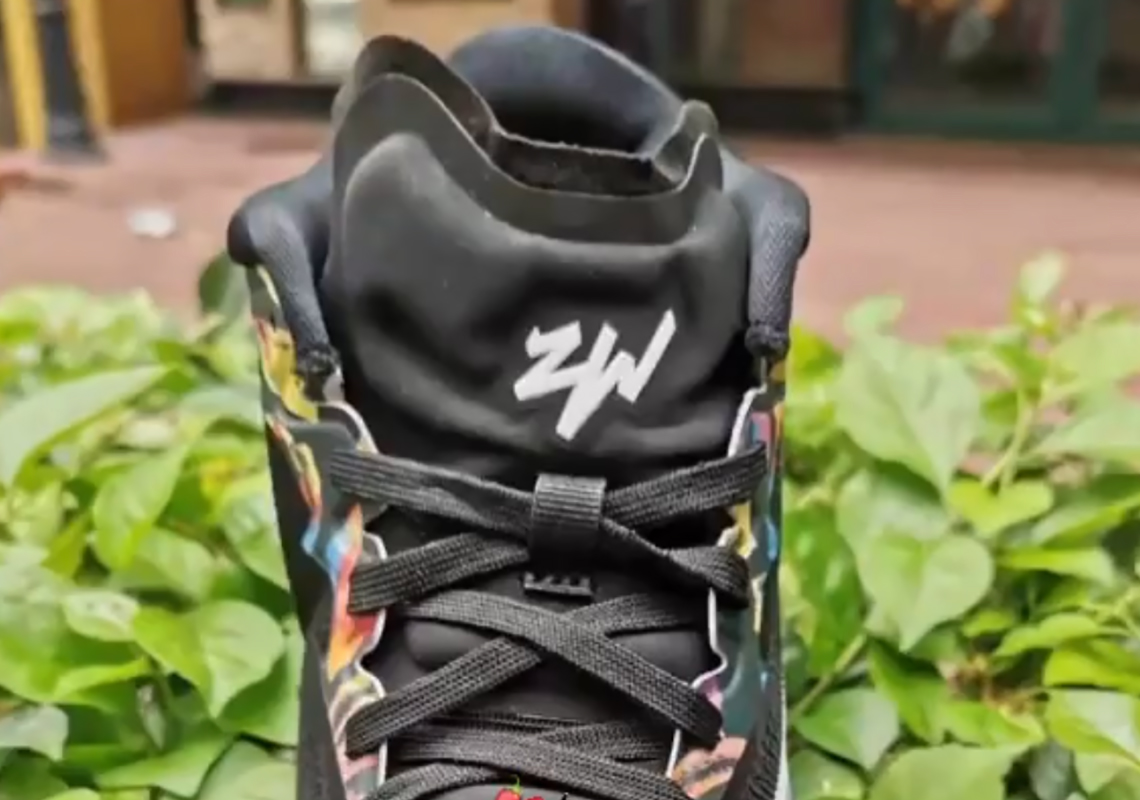 Back in September of last year, news of Zion Williamson getting his own signature shoe, the Jordan Z Code, began an important conversation around the youth movement within Jordan’s roster of athletes. It reminded us that Russell Westbrook is the only NBA player on the Jumpman roster with an active signature shoe on the market, and that simply does not bode well in today’s competitive basketball shoe industry. But, with a fresher crop of stars that boasts Zion, Luka Doncic, Jayson Tatum, Bam Adebayo, and others, Jordan Brand may be in the most promising position as we enter a new decade.

Today, a first look at Zion Williamson’s Jordan Z Code signature shoe has appeared. All that’s really leaked is a toe portrait shot that reveals Zion’s logo on the tongue, multi-colored hits on the lace eyelets and outsole, a wild pattern on the collar, and a white mesh upper that appears both lightweight and breathable. Arguably more important than its weight and ventilation is its containment capabilities, and despite Air Jordan footwear keeping Zion’s feet nicely locked in, we still can’t shake that unforgettable moment when the Duke star obliterated a pair of Kyries.

Based on earlier reports, the Jordan Z Code will release in April 2021, with a variety of colorways confirmed. That’s just weeks away, so stay tuned for an official announcement from the brand, possibly coming this month. 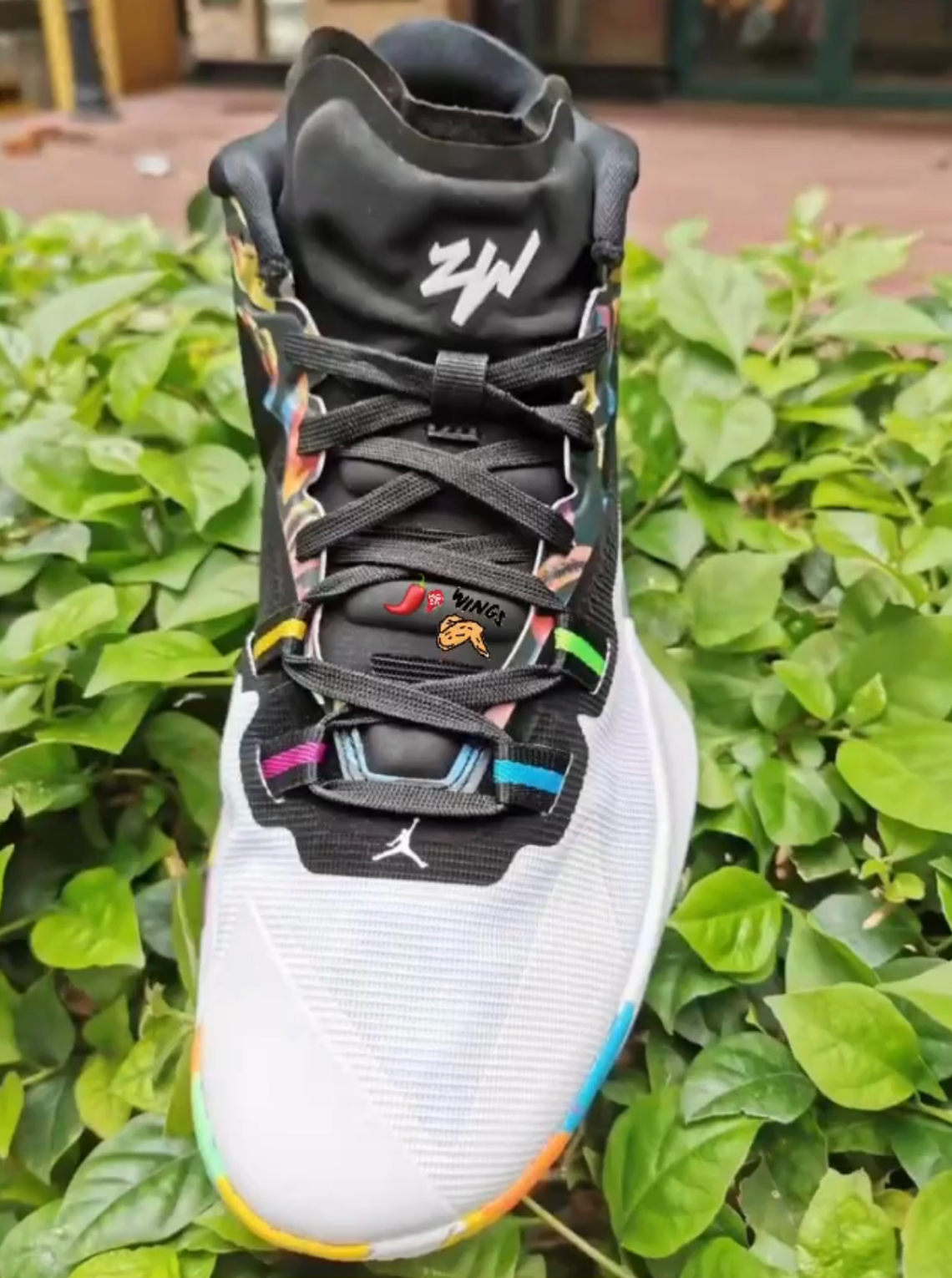