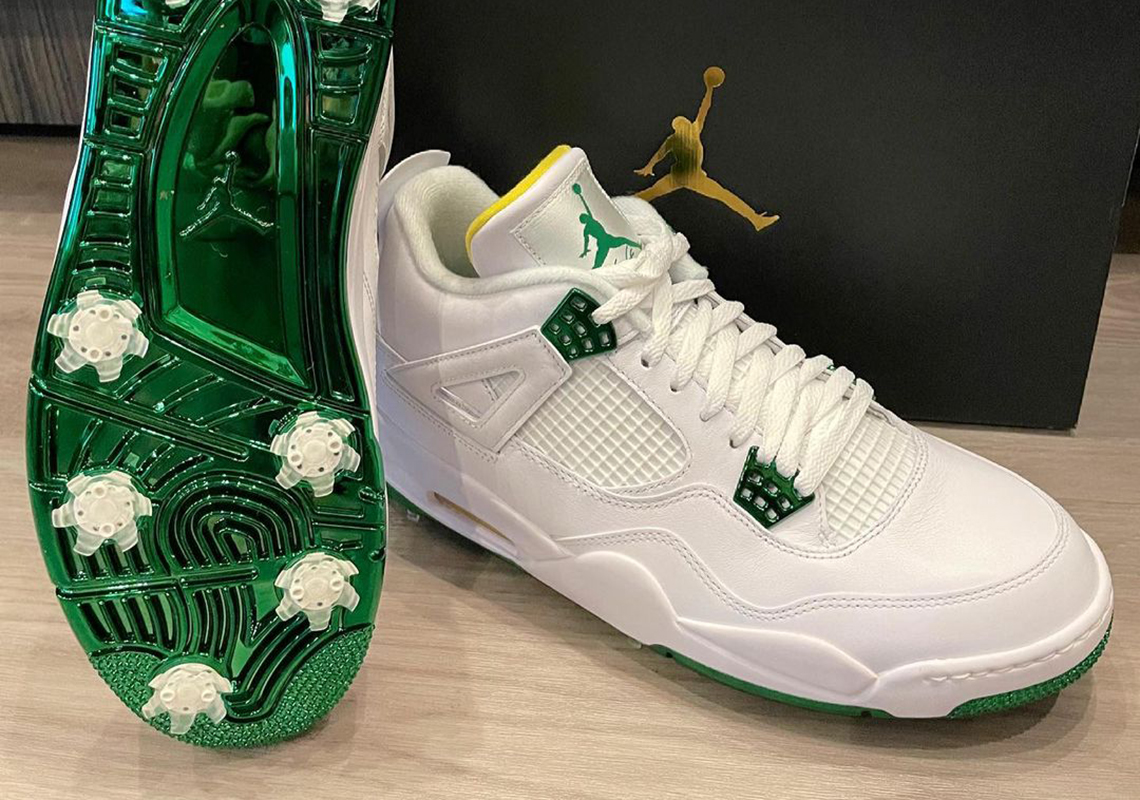 In just a couple more days, the Masters — one of the four major championships in professional golf — will have officially started. And for Bubba Watson, there’s no better a way to prepare than to bring out some special golf-fitted Air Jordan 4s.

This wouldn’t be the first time we’ve since the silhouette done up in such a manner. Not long ago, the “White Cement” colorway was adapted for the green, and further leaks confirm more are on the way. But what makes this pair special is it its nods to the Masters themselves, as it leans on a palette identical to the tournament’s logo. Yellow subtly touches up the inside tongue, while bright, at times metallic greens treat the Jumpman, the support wings, and the golf spiked tread.

For a closer peek, see the full image below. It’s not likely that these will see a retail release, so stay tuned for future options.

In other news, a black/white Dunk High was just revealed. 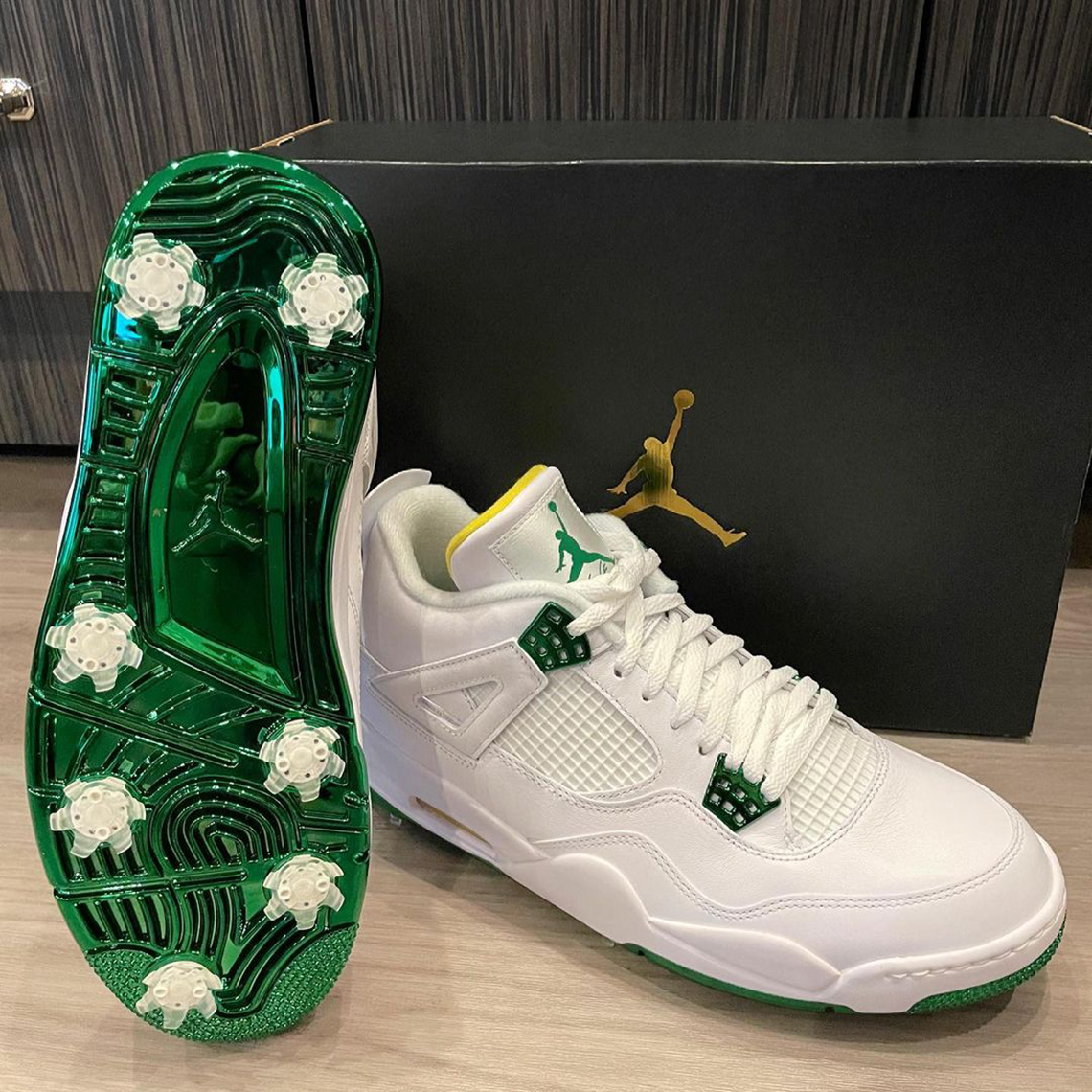