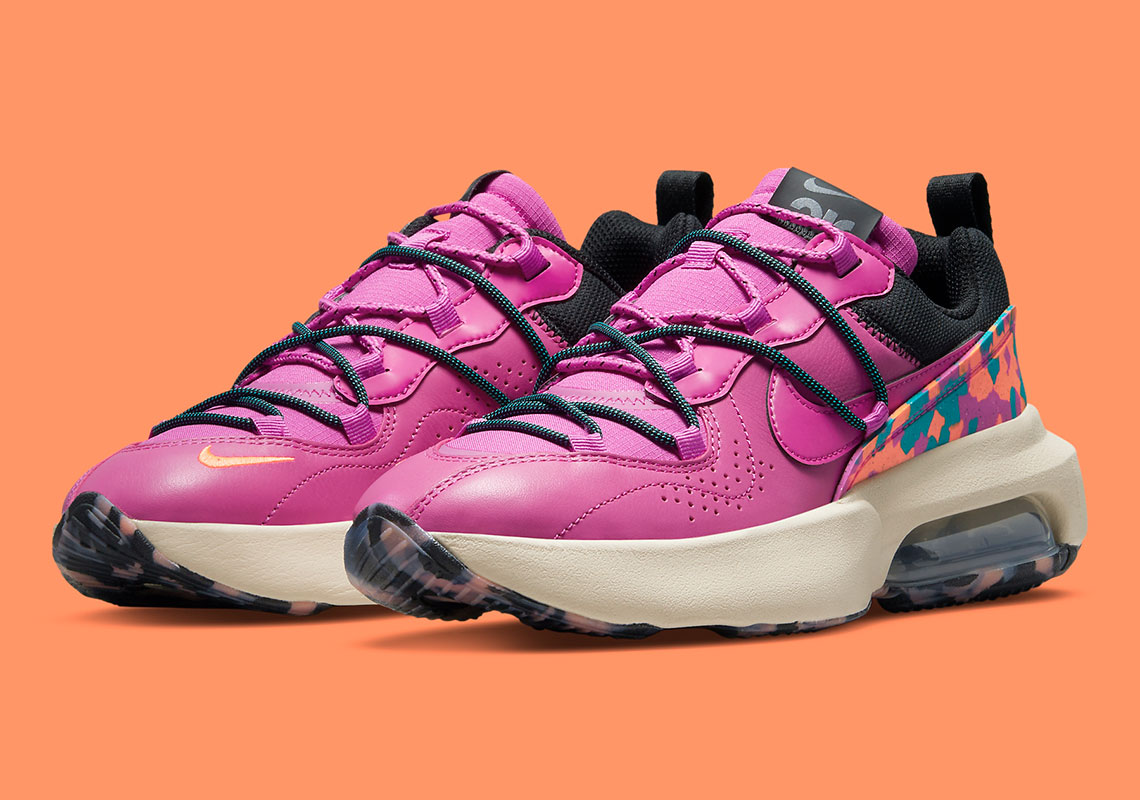 Debuted in February 2021, the Air Max Viva is a rather bold silhouette, featuring an exaggerated Air Max unit and a hiking-inspired lacing system. These bold elements have been balanced out by tamer color palettes, such as the tonal approaches seen on the inaugural “Plum Dust” and “Iron Grey” pairs. For an upcoming offering, the women’s exclusive not only opts for a bold magenta base but also incorporates a multi-colored heel overlay that has not been seen among already-released styles.

Suede, nubuck, and mesh used to construct the uppers are tinted in a vibrant pink-purple. This time around, the camo-like patterned overlay on the heel doesn’t match the uppers; it sees unexpected hits of teal and orange instead. These two shades are applied to other elements of the model as well, such as the embroidered mini Swoosh on the toe. And to embrace the hiking aesthetic, the pair uses a lacing system consisting of two criss-crossing, chord laces in magenta and teal. An off-white chunky midsole completes the bold look by featuring a swirled pattern of black and orange underfoot.

Get a sneak peek at the Air Max Viva below before it arrives at the listed retailers in the near future for $140.

In other news under the Swoosh umbrella, major beach vibes have landed on an upcoming Air Max 90. 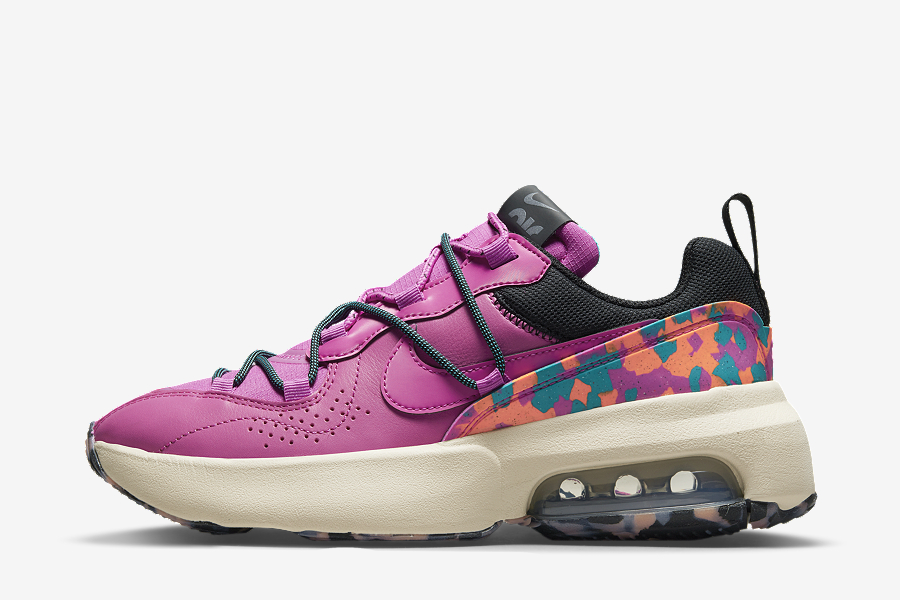 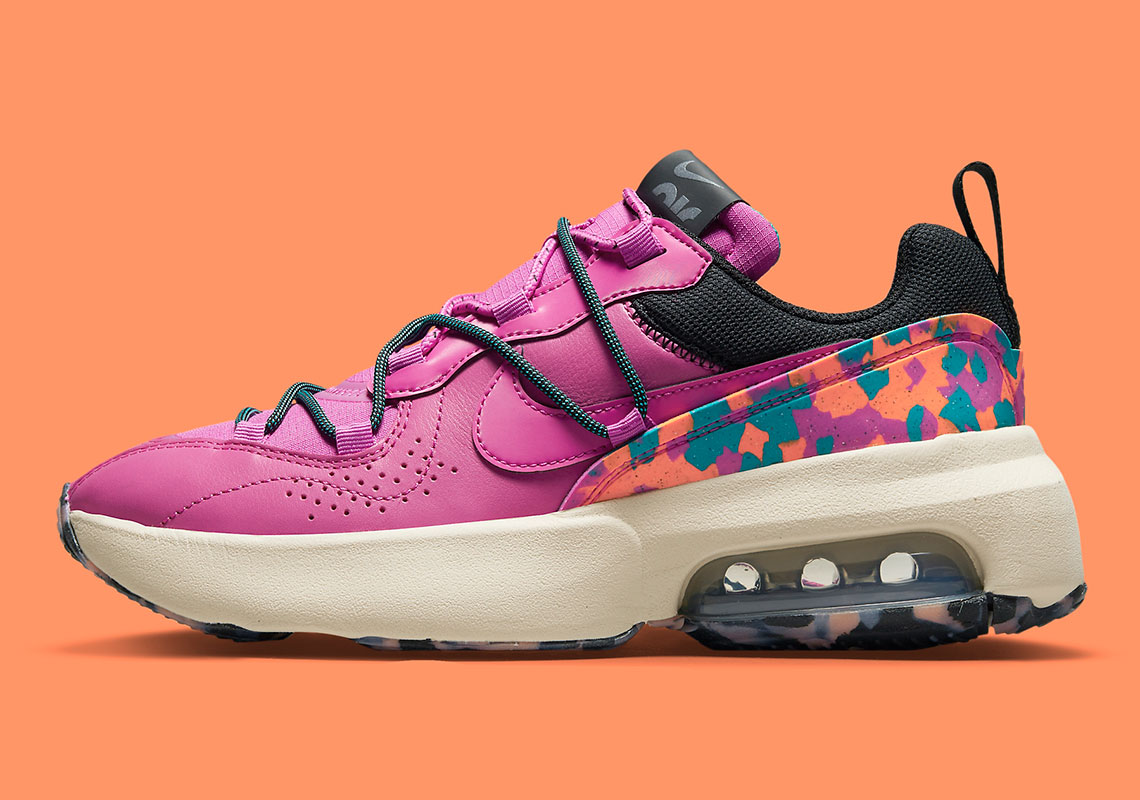 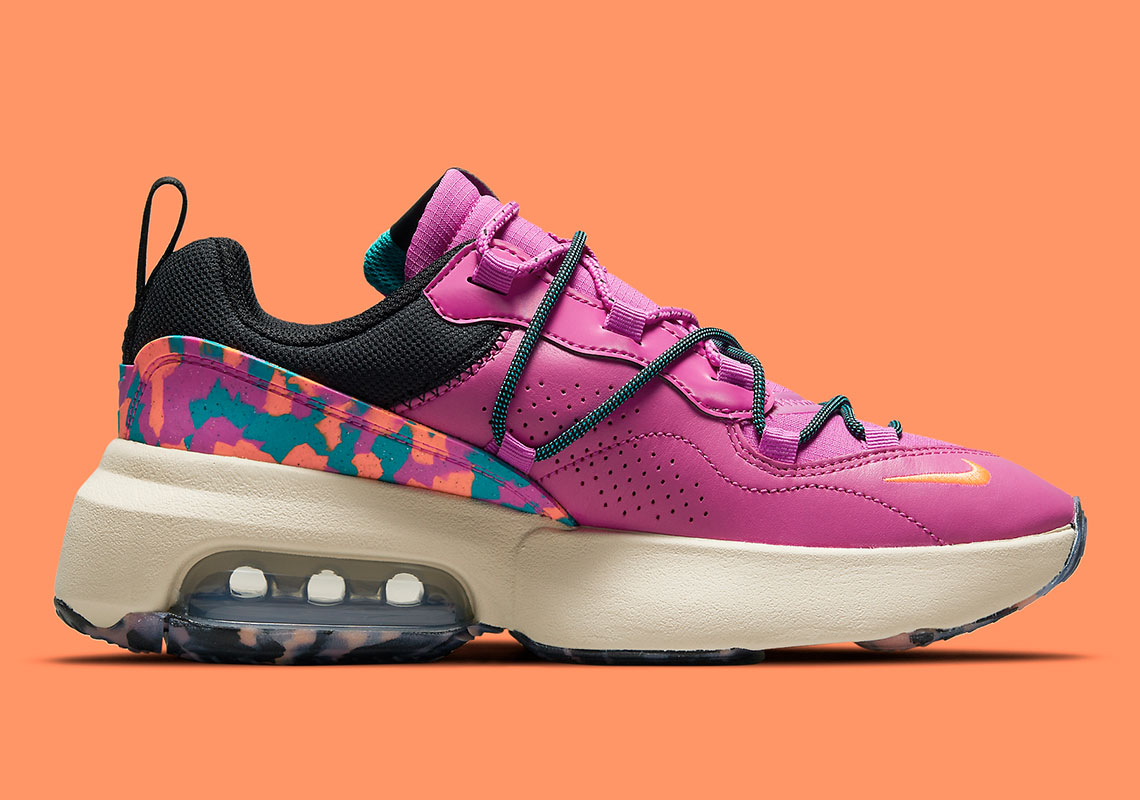 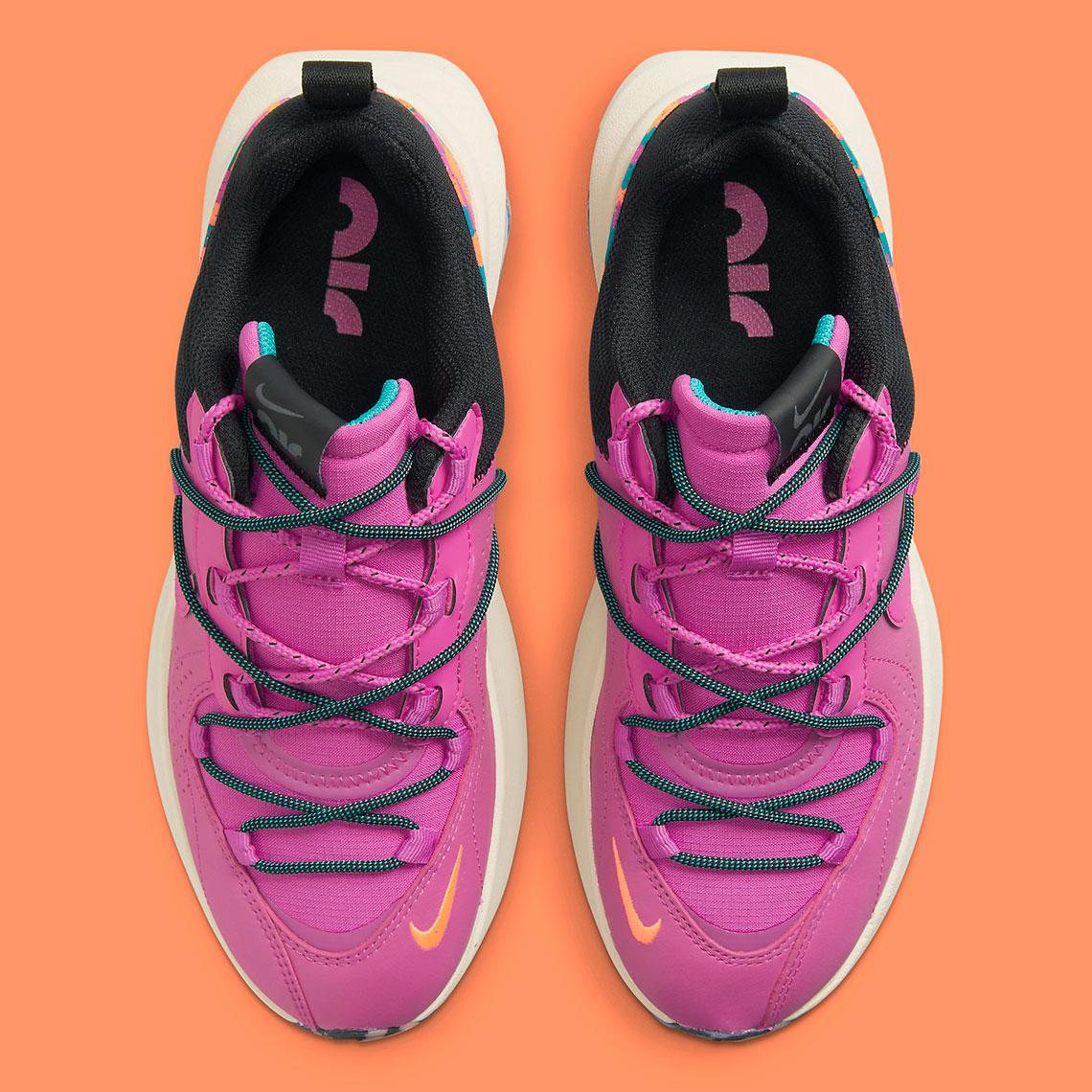 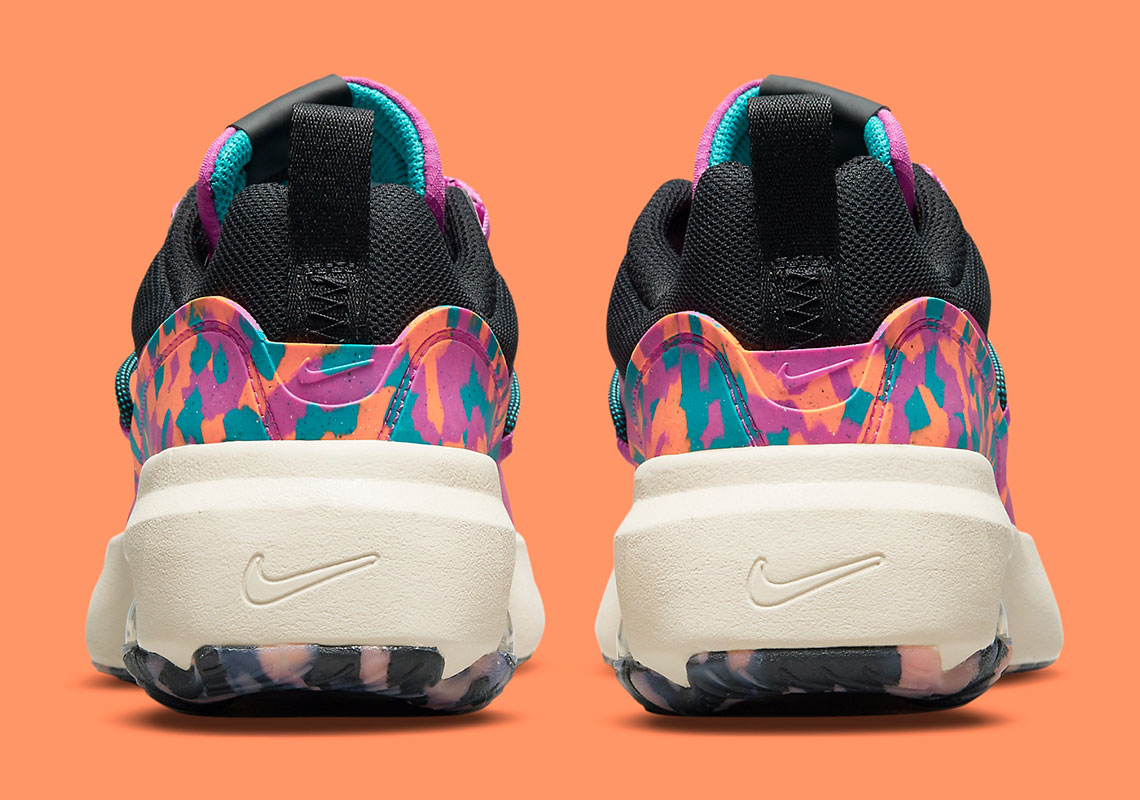 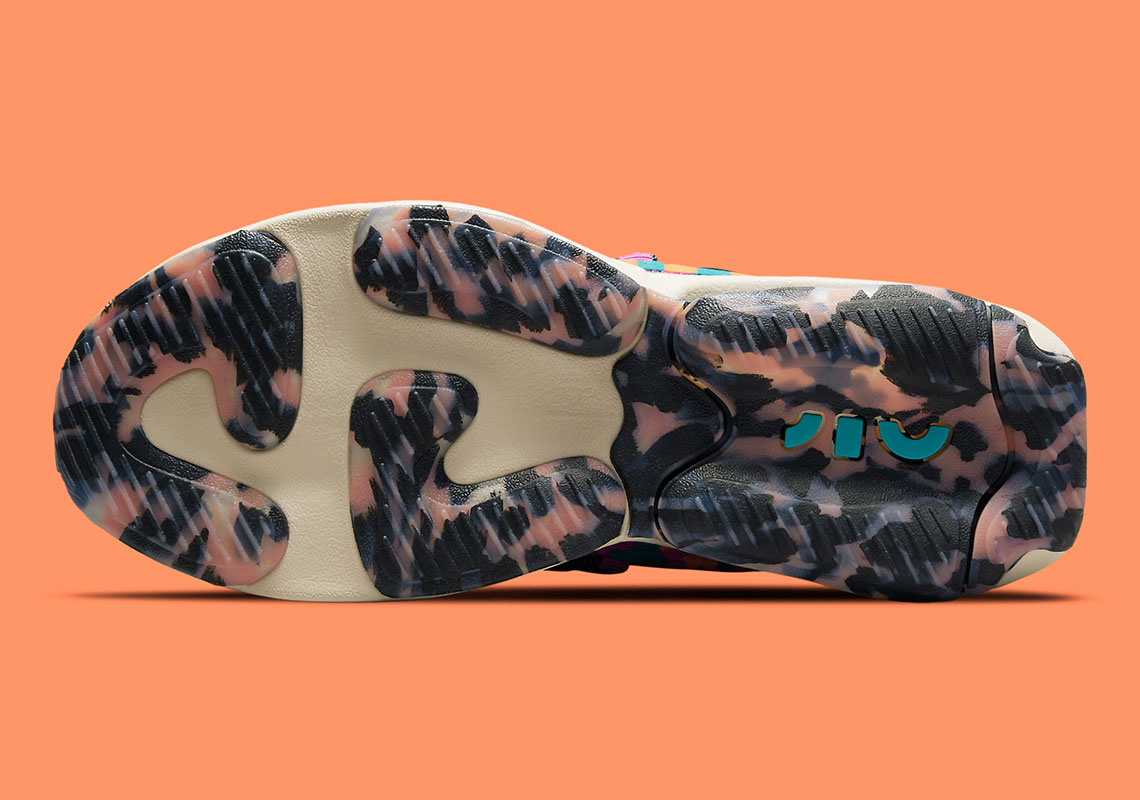 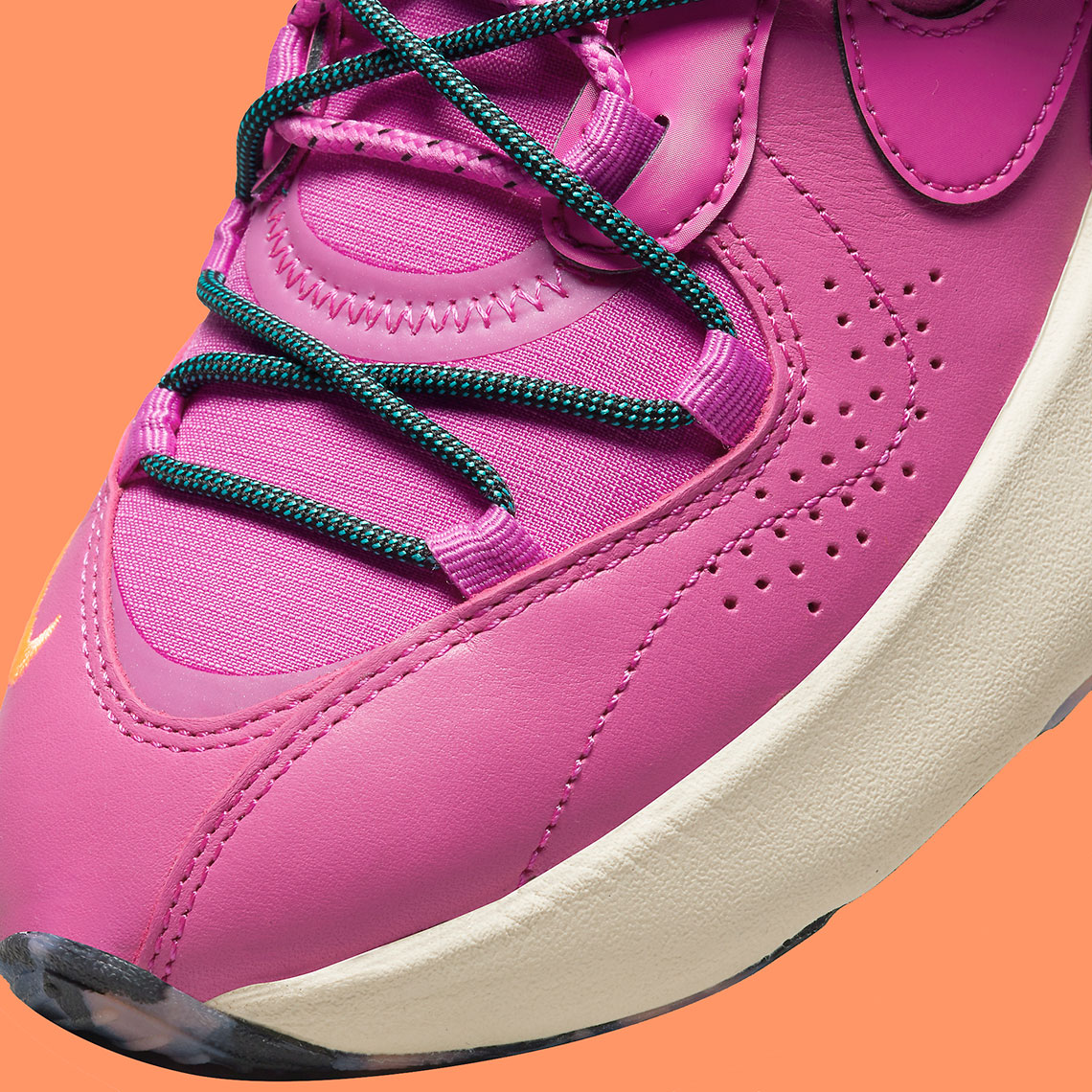 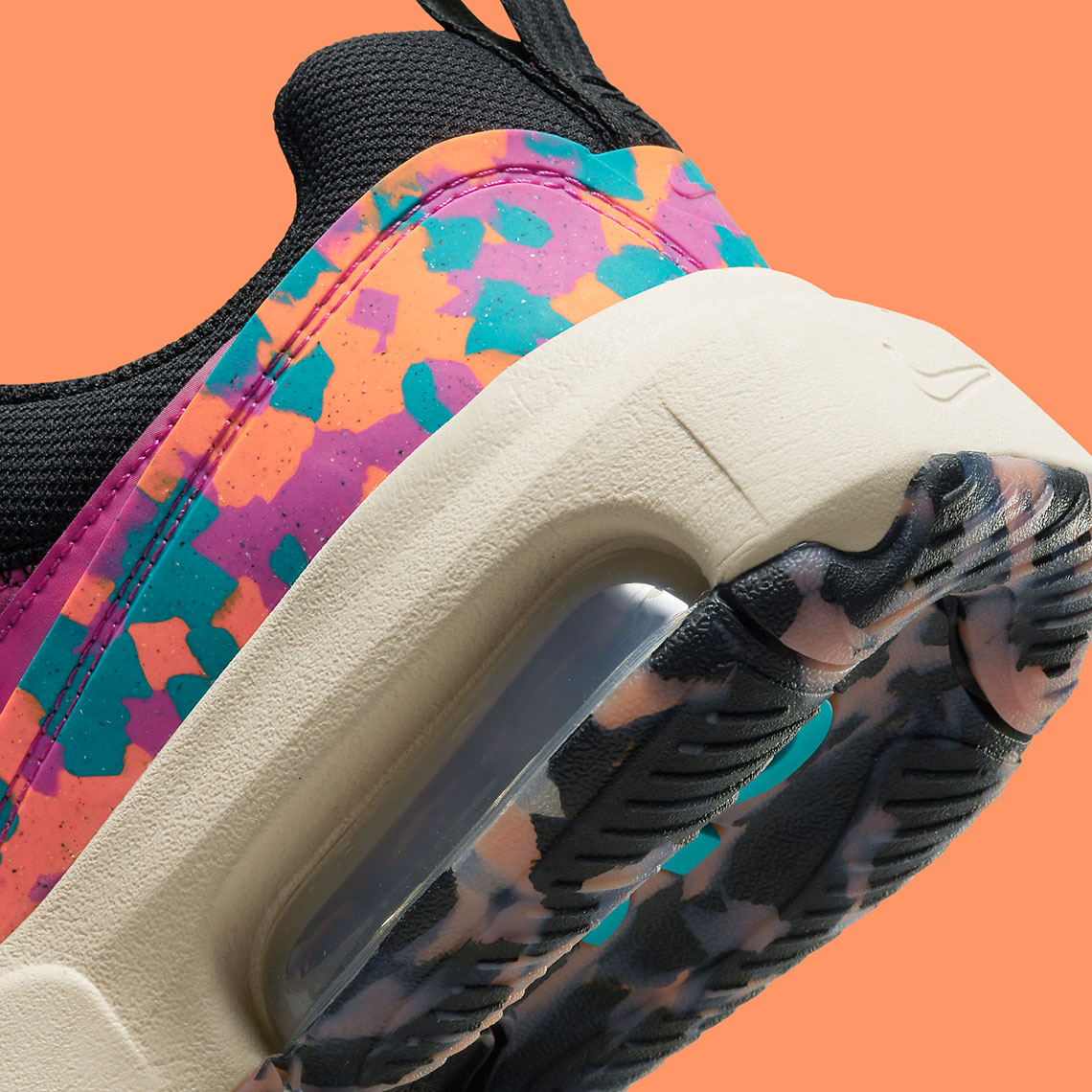