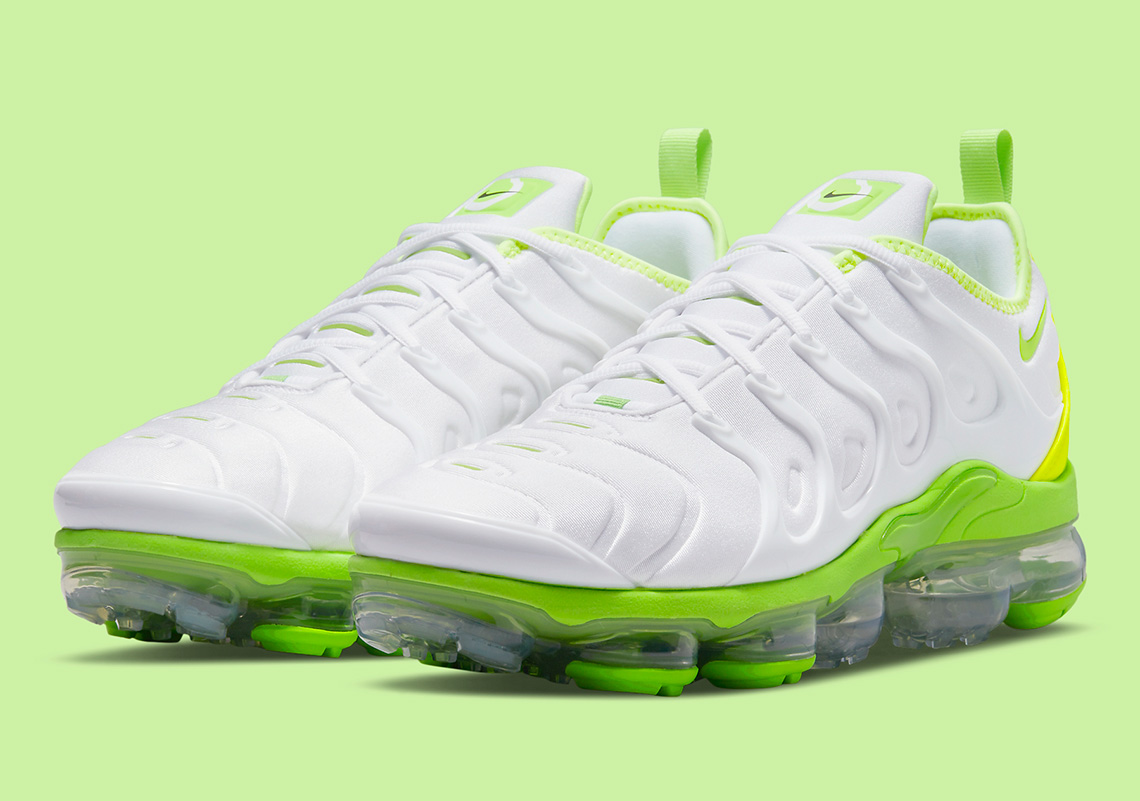 Nike Adds Contrasting Neons To A Clean White Vapormax Plus

Considering how often the Vapormax Plus hits the shelves, there’s clearly a decent market for the shoe. Whether for its comfort or its eccentric look, the silhouette continues to persist, offering new and bold creations like this upcoming colorway.

But this pair, unlike its predecessors, doesn’t get too out of hand. Instead, the focal neon color is only used in seldom — specifically, atop the midsole, heel, and top line. And though complements to one another, the shades battle somewhat visually: the lower half sports a variant near slime-esque, while the upper opts for a much lighter Volt. Elsewhere, both the cages and synthetic base are kept a simple white neutral, allowing for all of the aforementioned accents to better shine.

For a closer look, check the official images below. A release should hit Nike.com and select retailers within the coming months.

In other news, a Navy/Yellow New Balance 550 just hit Japan. 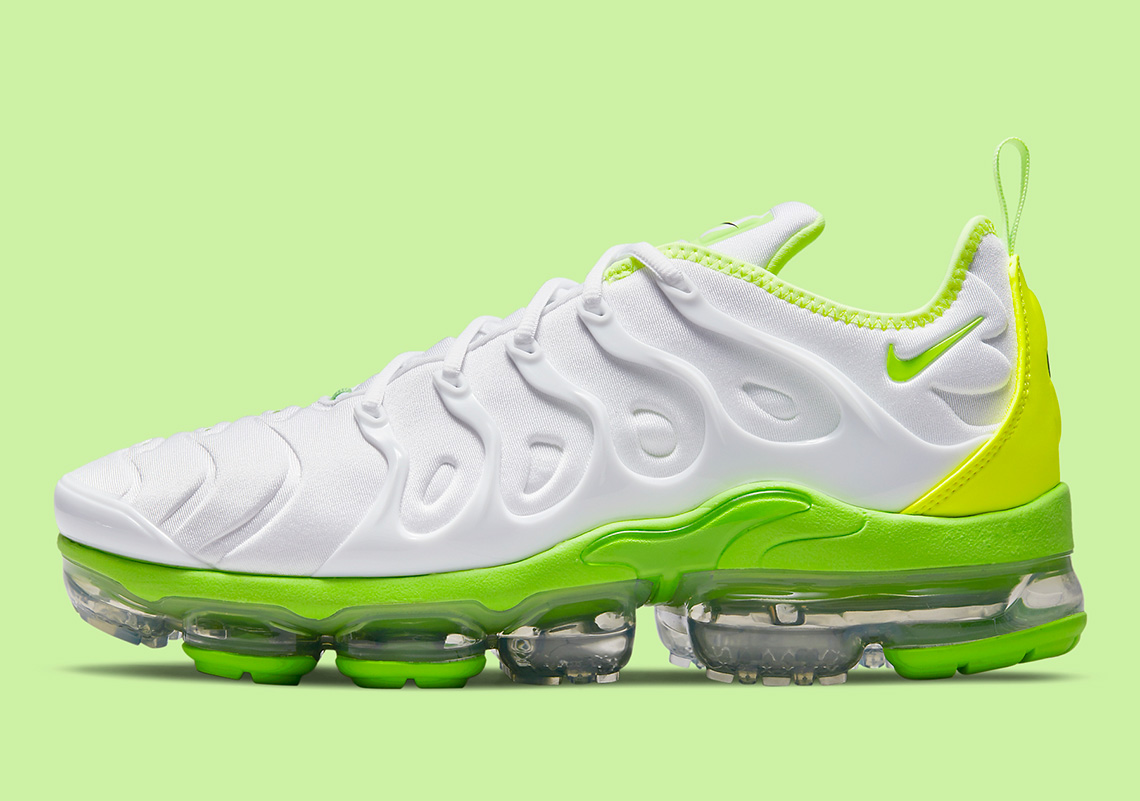 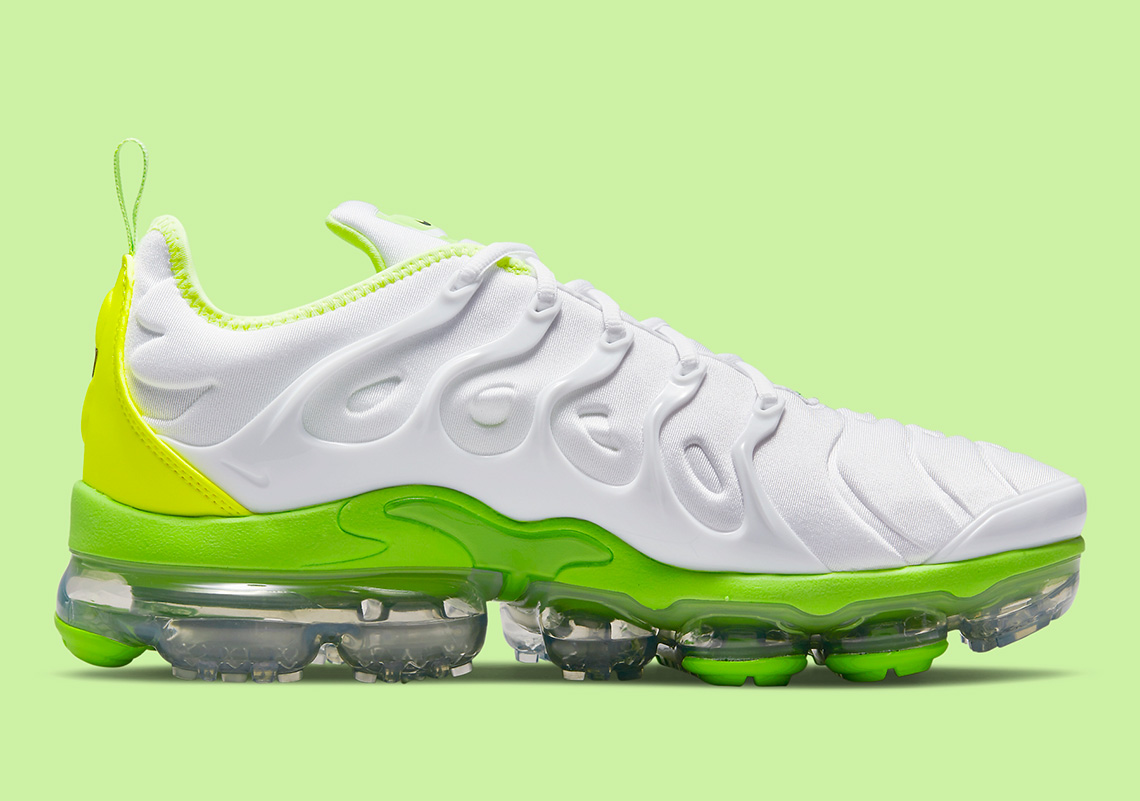 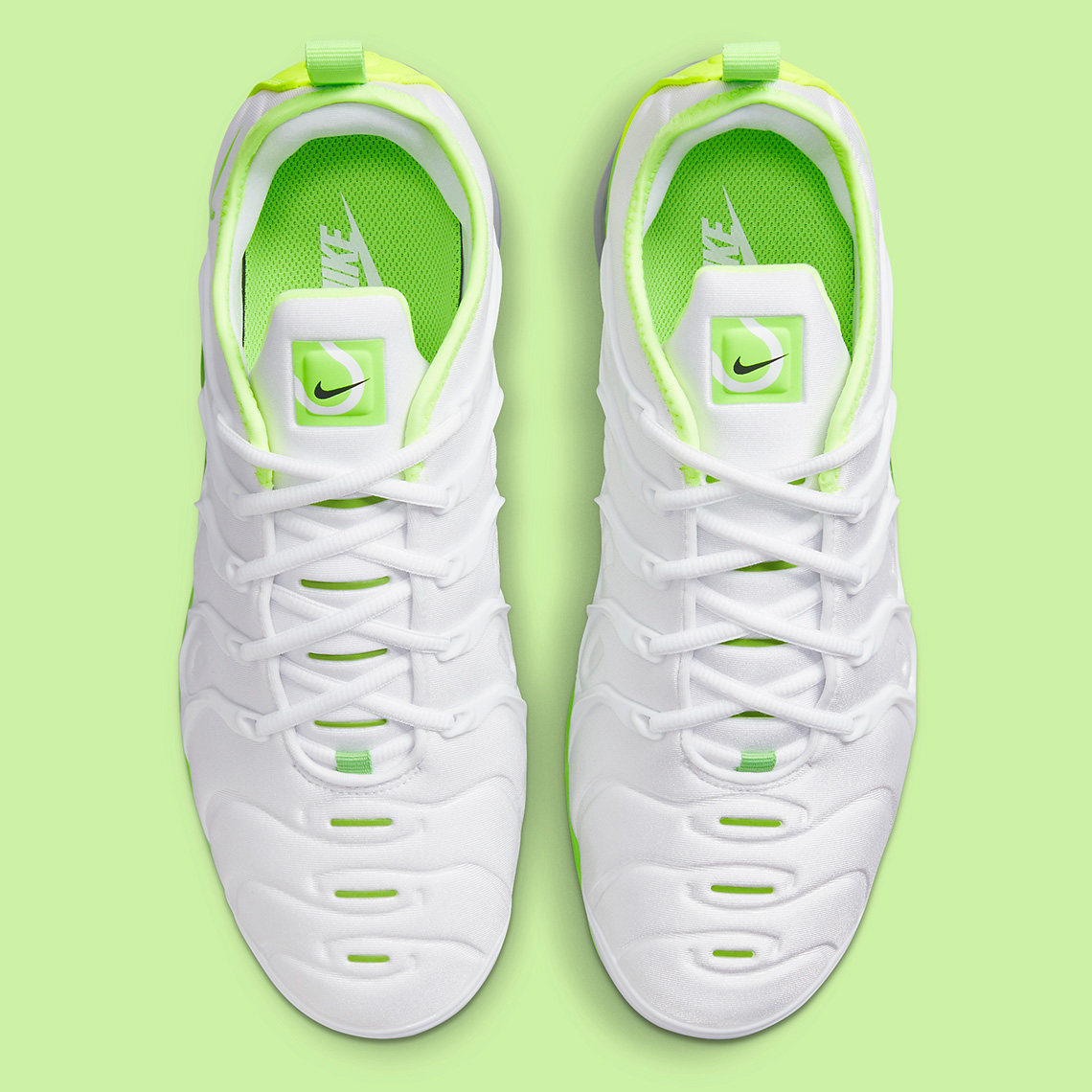 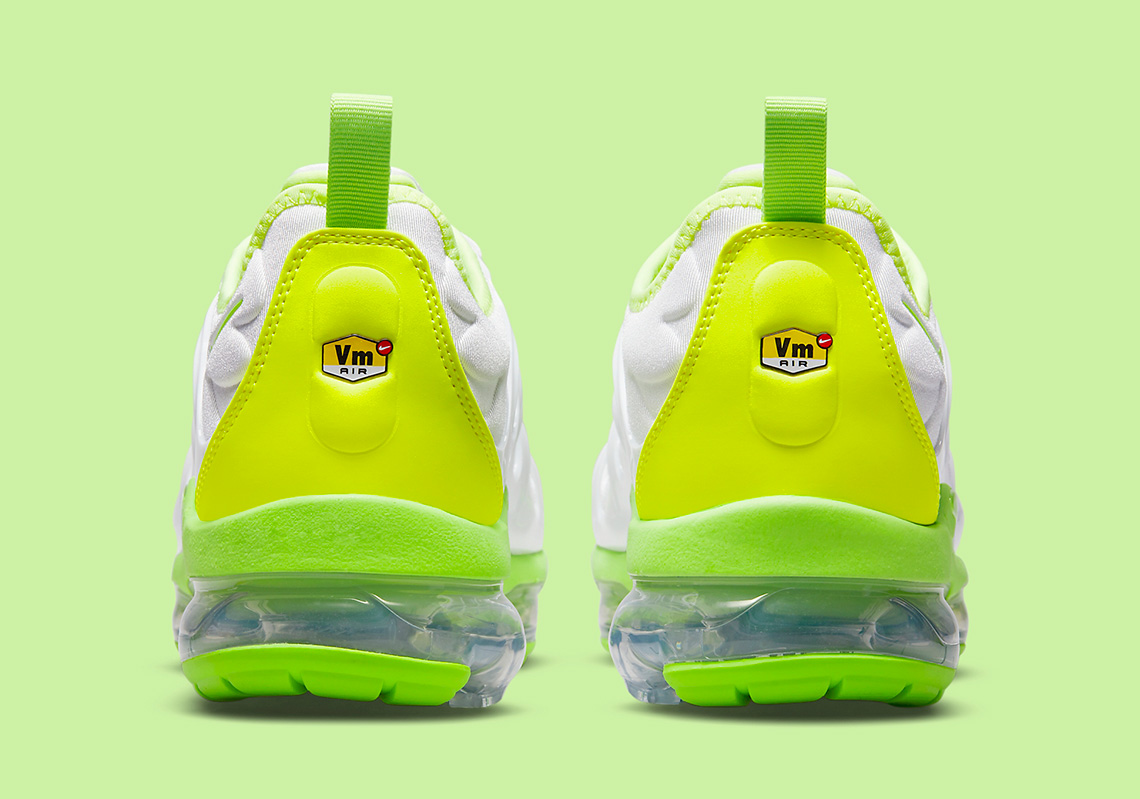 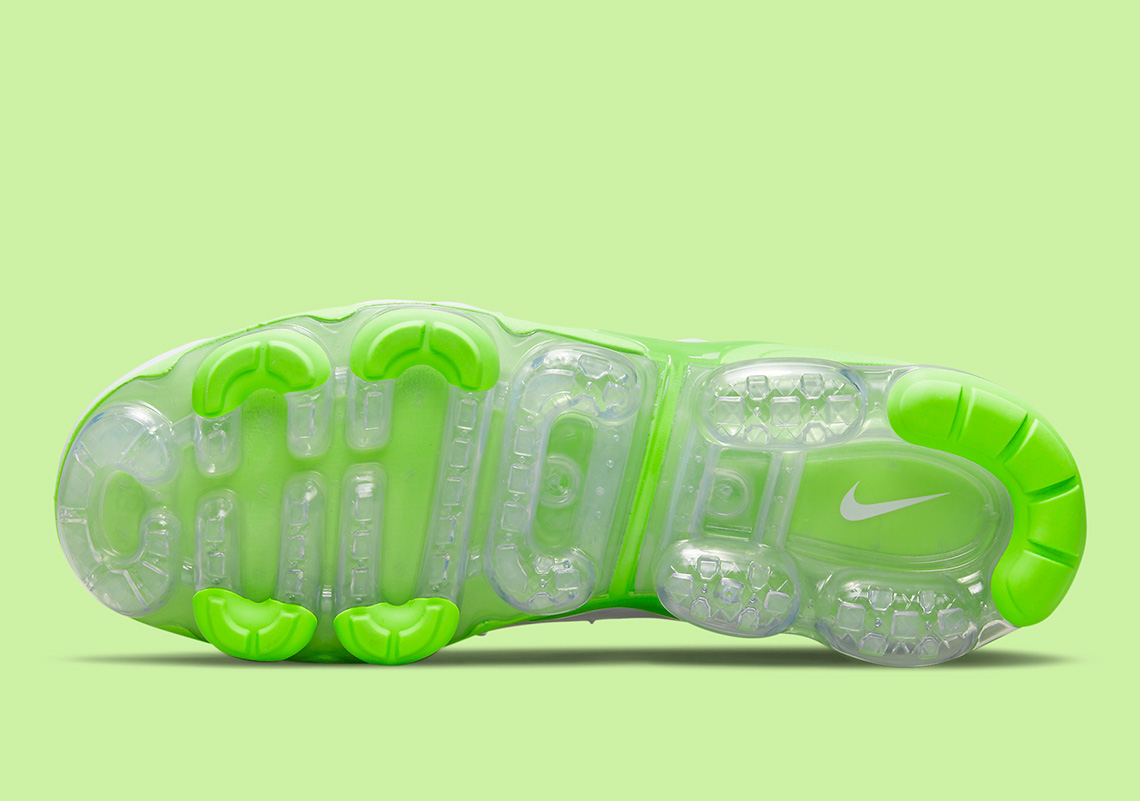 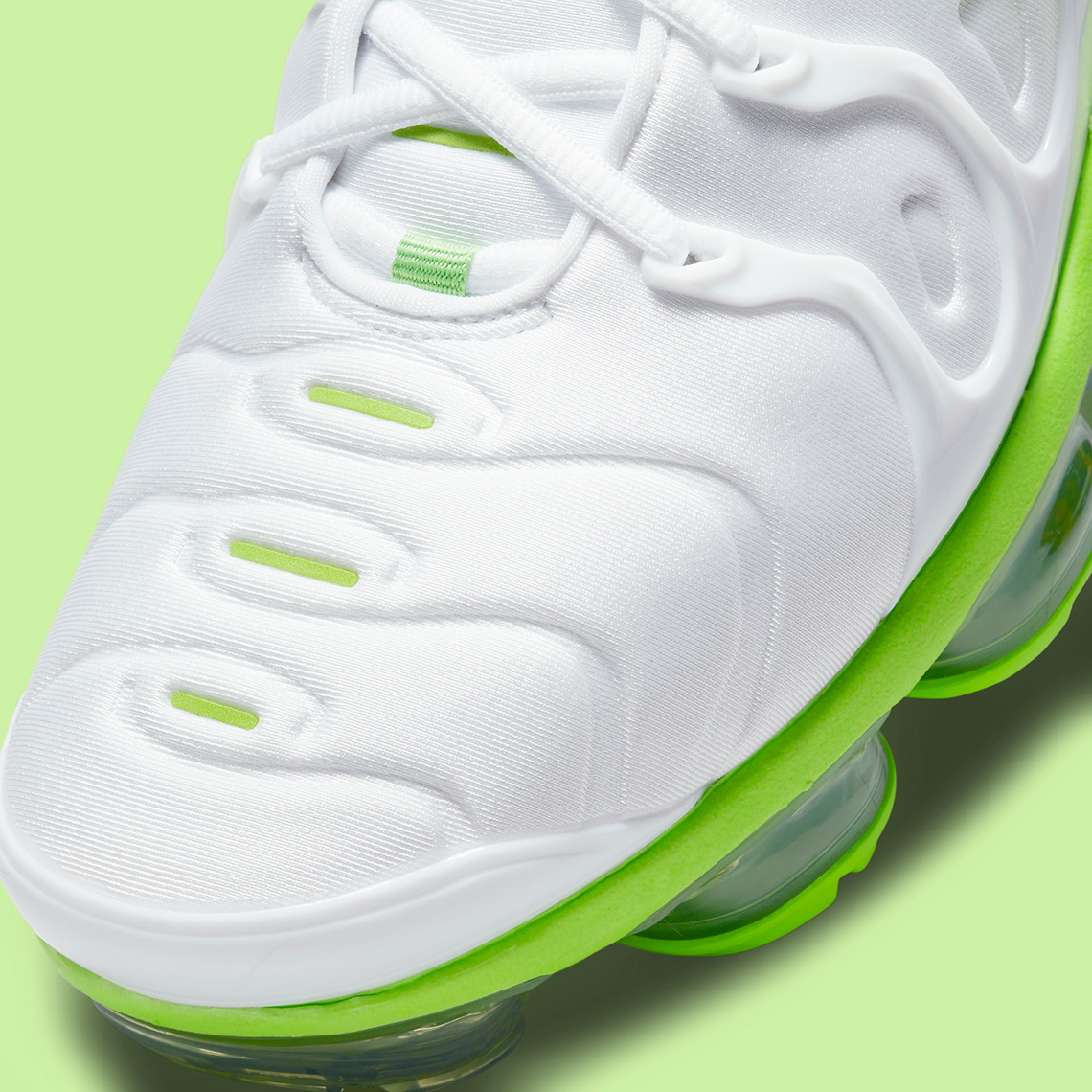 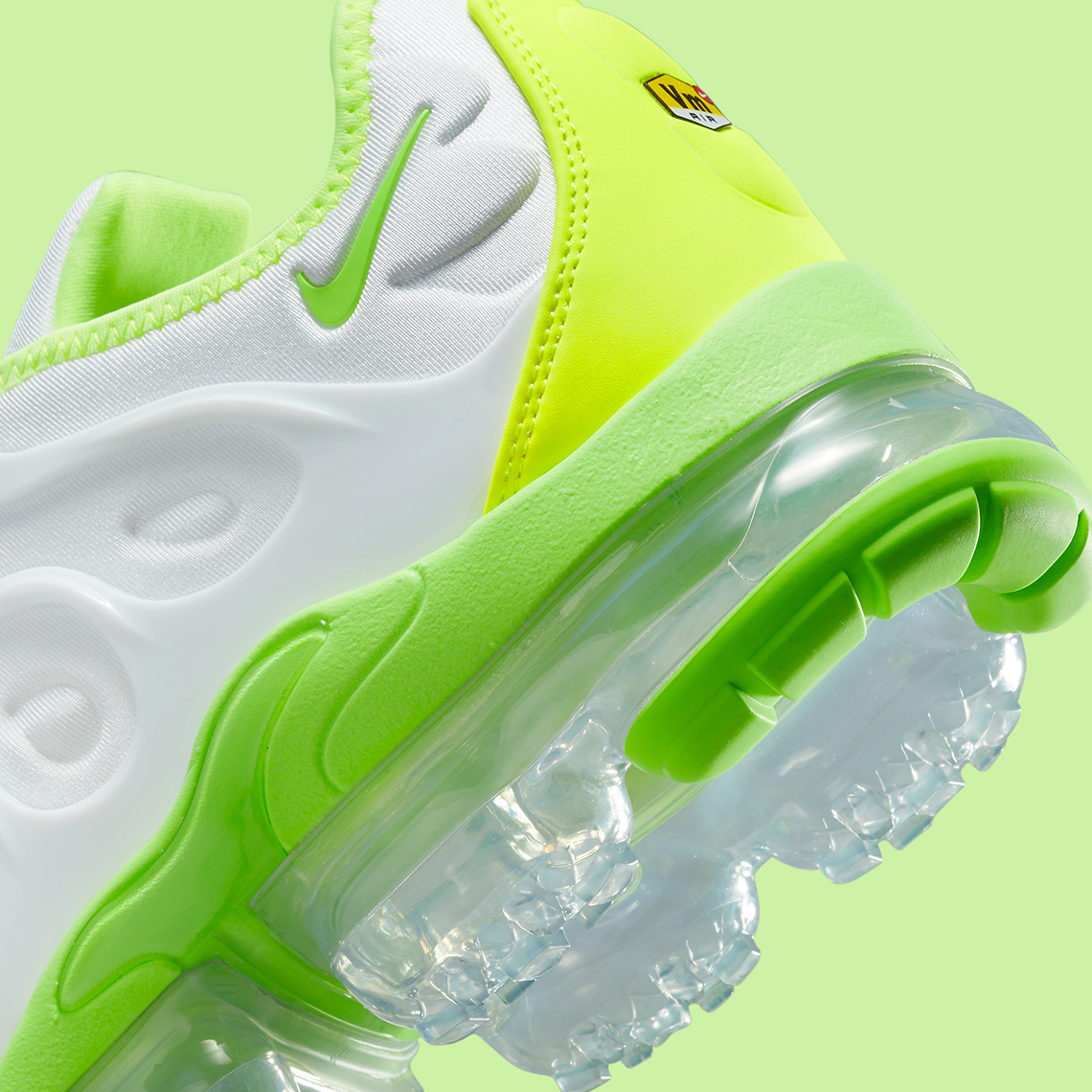