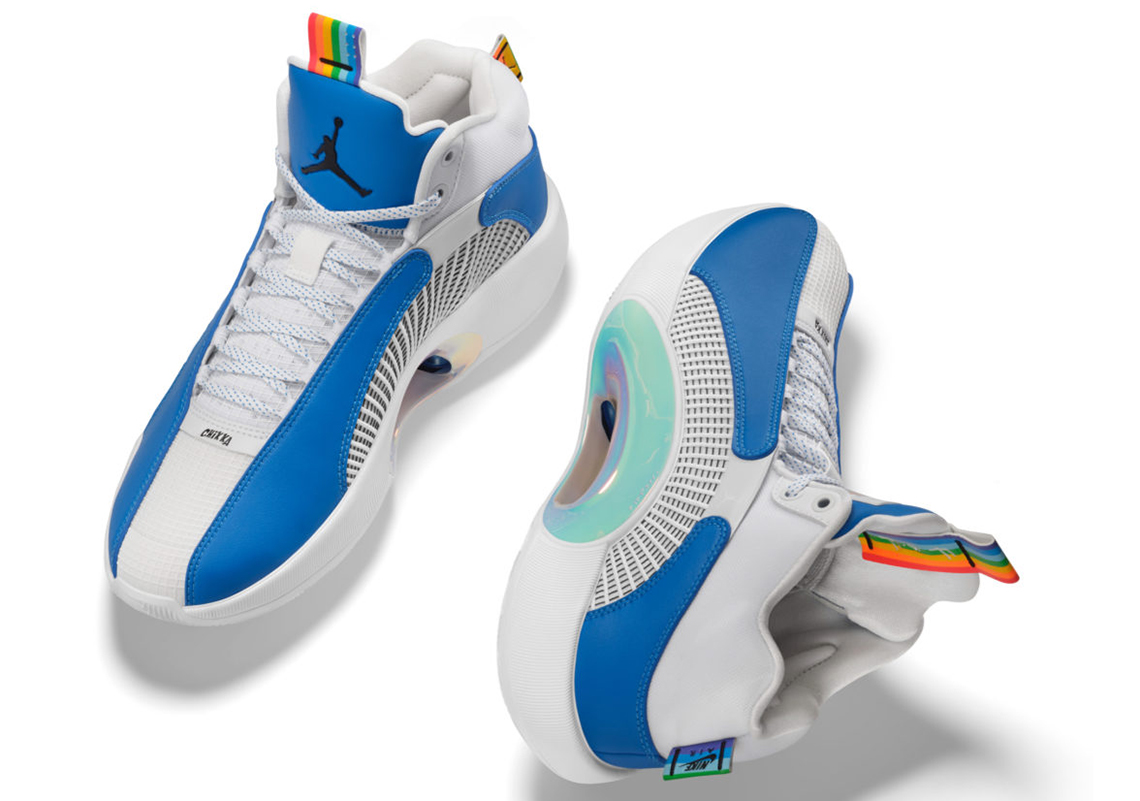 Near the end of the 2000s, Seth Rogen and Evan Goldberg put to script the coming-of-age antics of Superbad. The film, though led by a young Jonah Hill and Michael Cera, was arguably more noteworthy for one character: McLovin. And to this day, the references to the gag are still present, appearing even through the Air Jordan 35 thanks to Blake Griffin.

Revealed on the court just the other night, the PE — which is dubbed “Movie 2” purely for licensing issues — mimics the fake Hawaii ID that appeared in the film. Black Griffin’s portrait replaces that of Fogell’s on the tongue, and all mention of the name “McLovin” is removed in favor of the athlete’s own. Elsewhere, the rest of the construction mimics in palette, adding blue overlays to a true white backdrop. Even the rainbow makes a subtle cameo as it prints atop both the tongue pull and the heel’s hangtag.

For a closer look at this wild Player Exclusive, see the images below. Though we all might want one, a release is not likely.

In other news, the Air Jordan 5 Oreo is coming back this Fall. 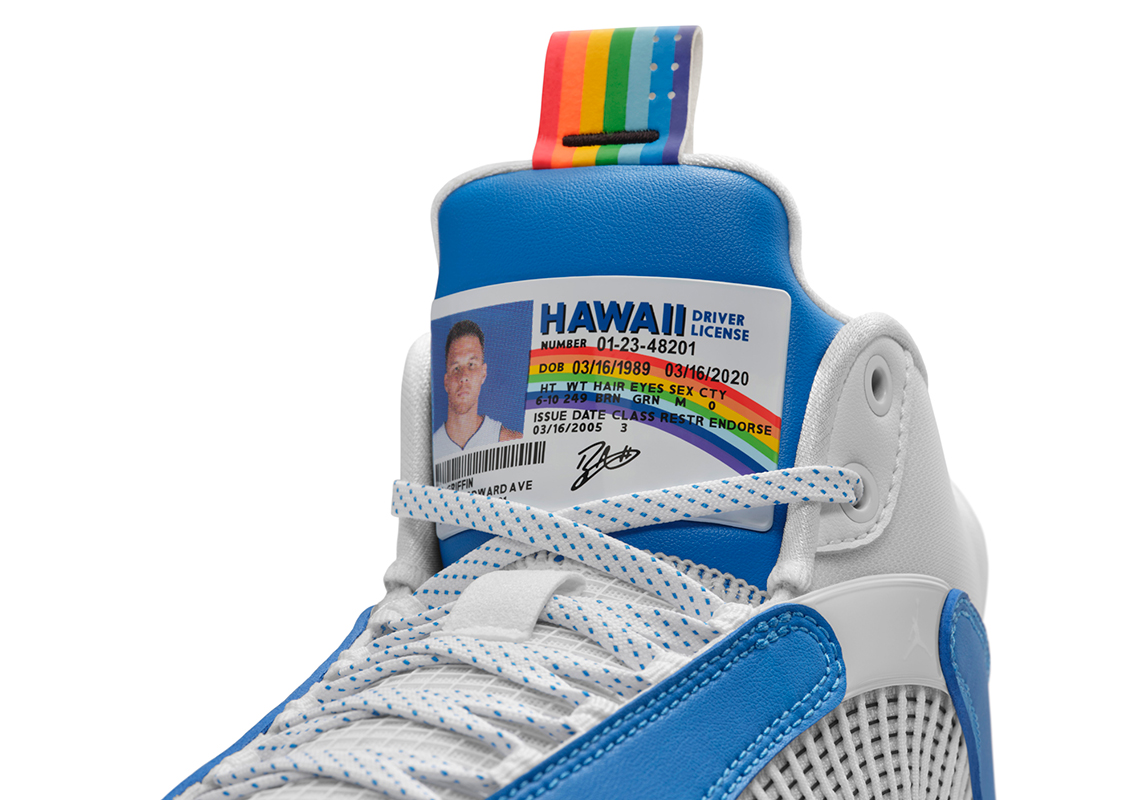 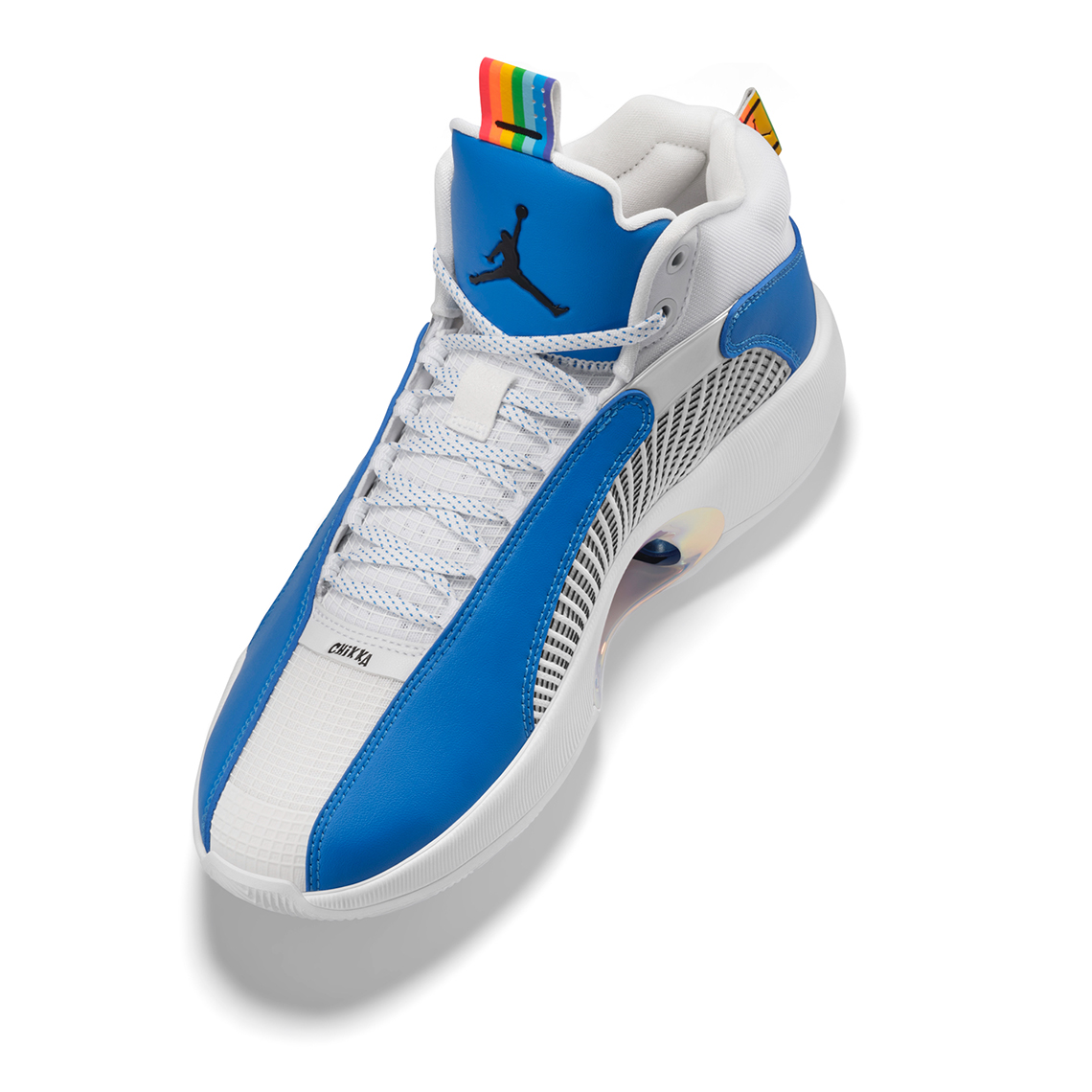 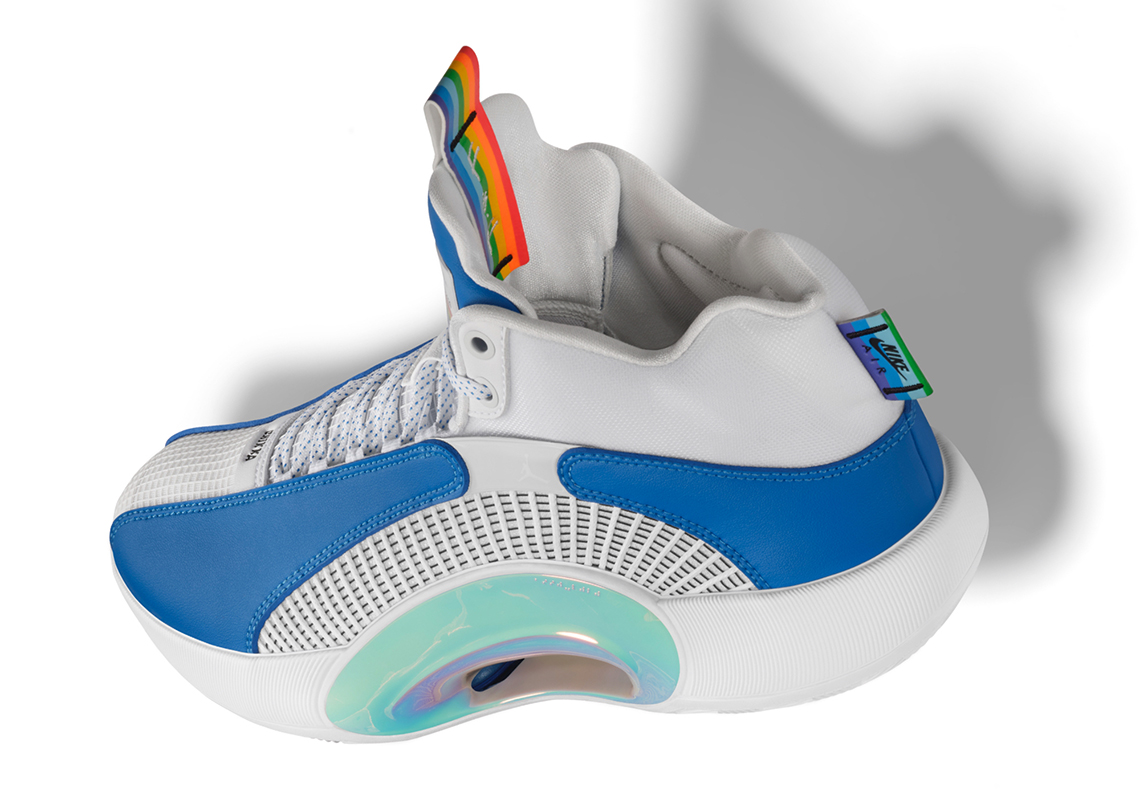 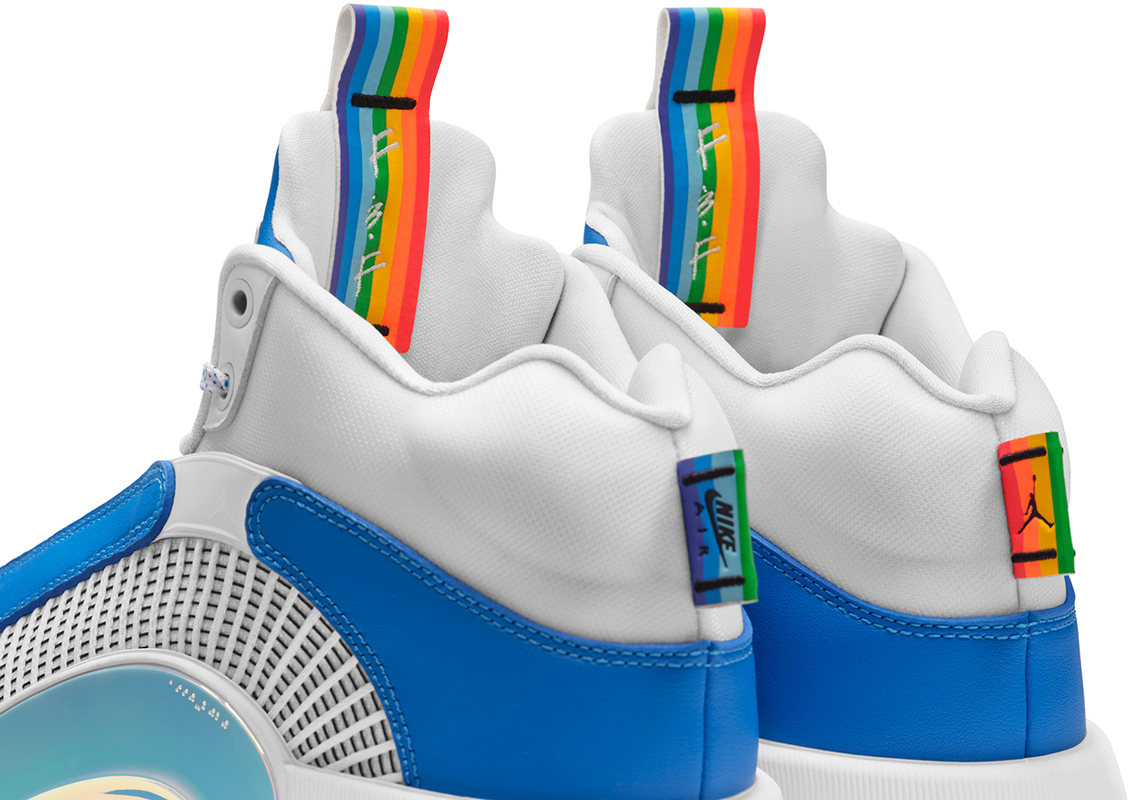