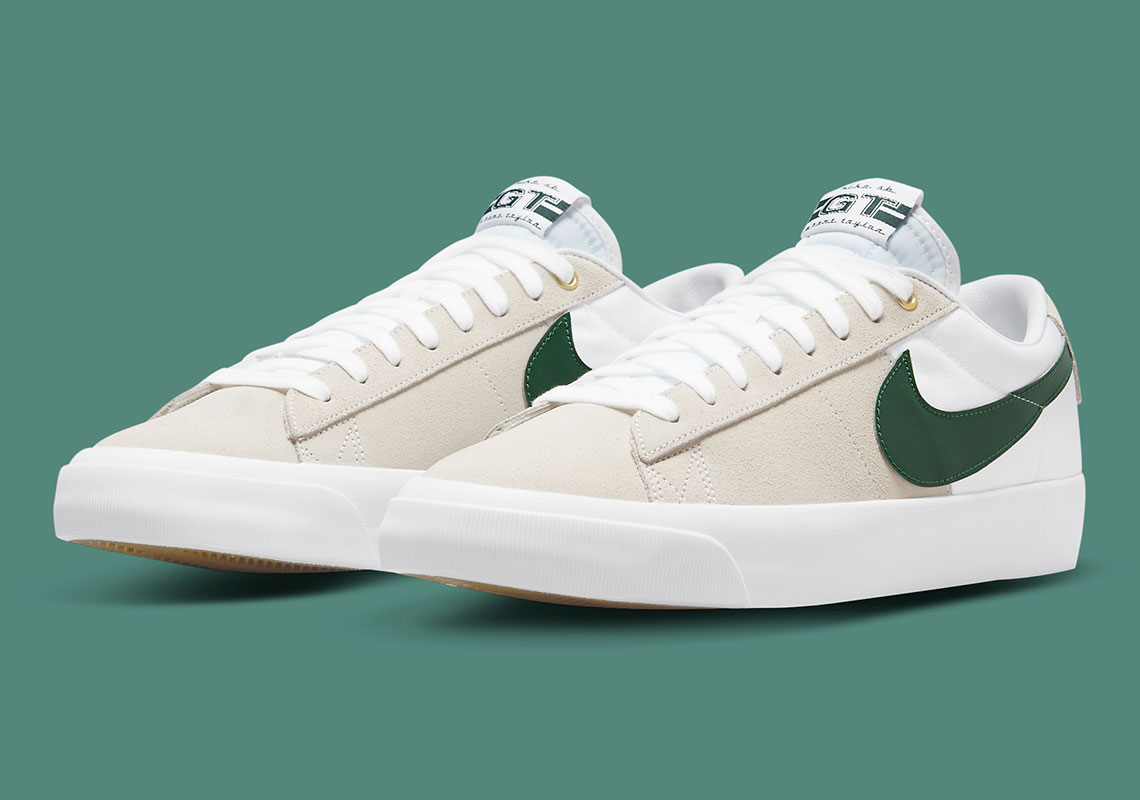 The Nike SB Blazer Low is a tried-and-true skate classic. It has won the skate community’s approval, thus any major upgrades to the design aren’t necessary. However, Grant Taylor has been able to add some personal touches to the model and even improving upon it with higher taping. His Nike SB Blazer Low GT now sees a new arrangement that channels a two-tone look and hints of forest green.

From the toe to midfoot, the Blazer Low GT sports a beige suede construction. Elsewhere, the uppers switch to a white canvas build for a high-contrast appearance. Leather swooshes on both sides introduce a dark green, which also tints the NIKE logo on the beige suede heel tab and the Chevrolet El Camino-inspired branding on the tongue. For the white rubber midsole, higher taping is used for added durability. The fan-favorite gum brown rubber is found underfoot to finish the skate-ready style.

Check out official images of the Blazer Low GT below, which will arrive at Nike.com in the near future with a price tag of $80.

For more by the Swoosh, take a look at an upcoming, neon-clad Nike ZoomX VaporFly NEXT% 2. 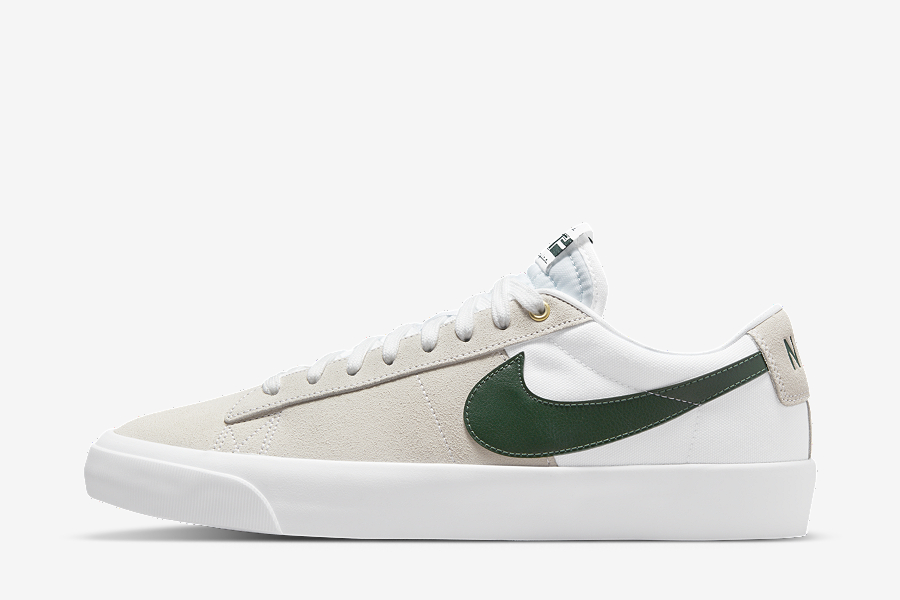 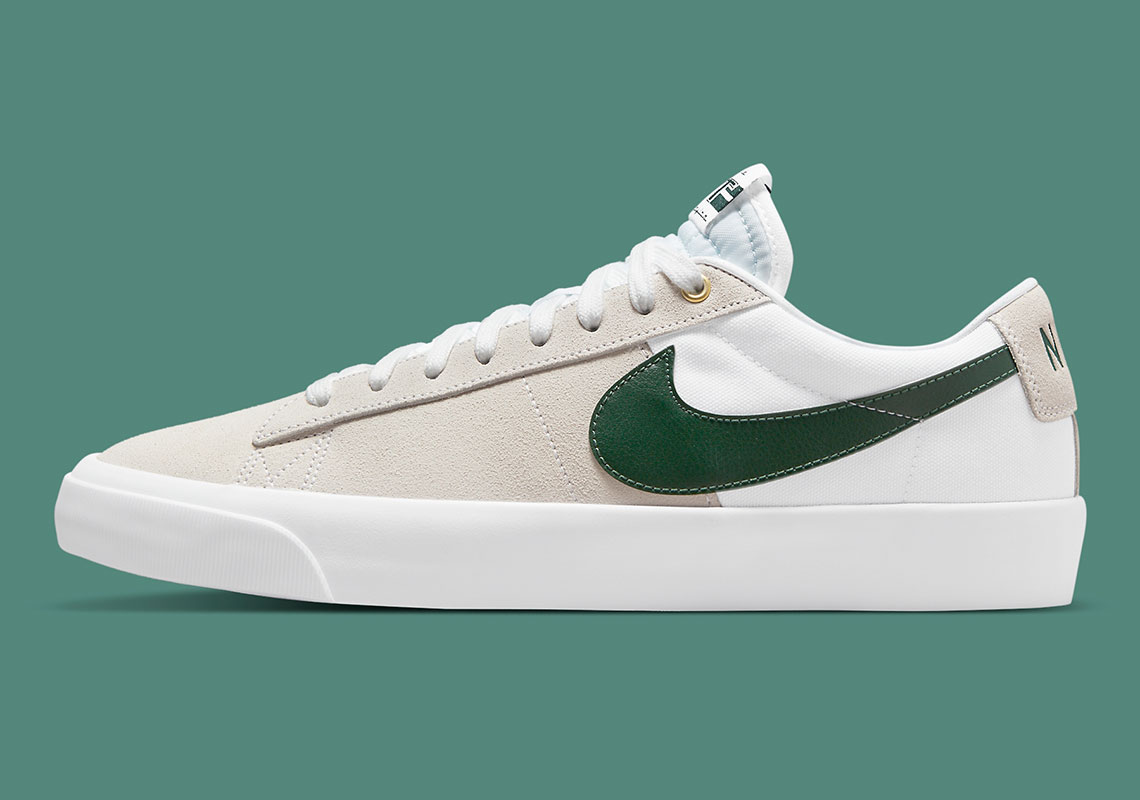 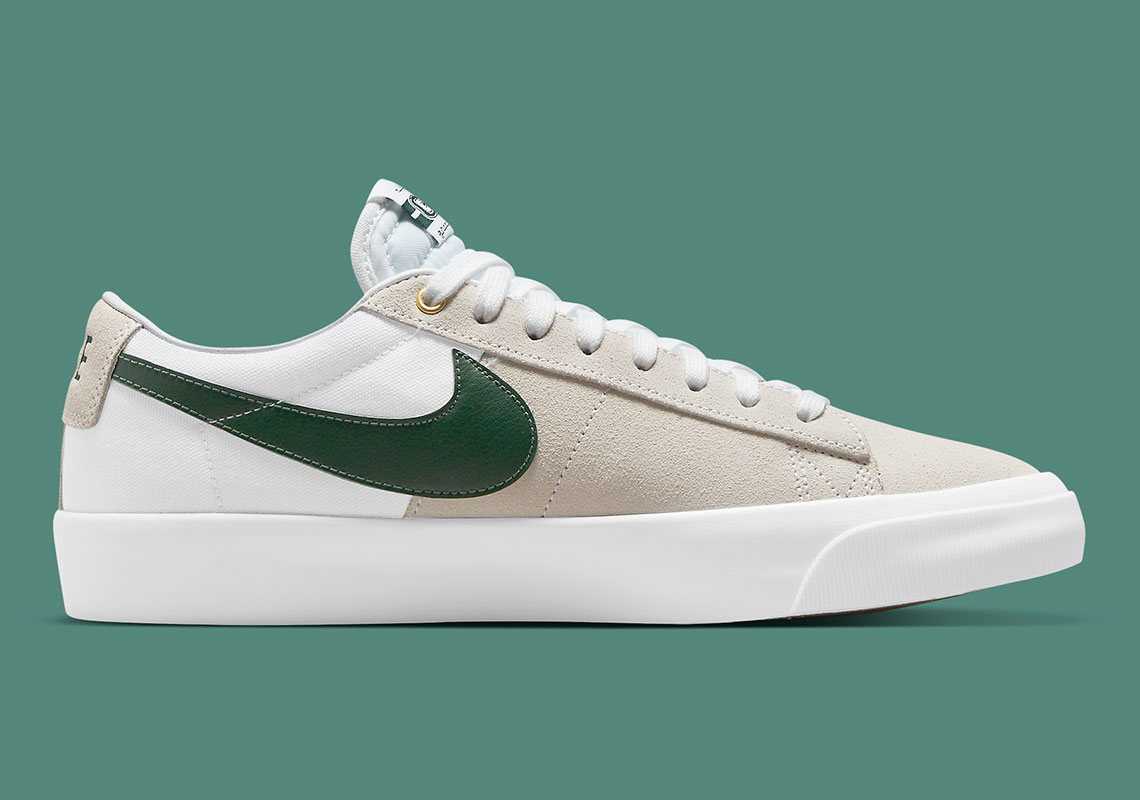 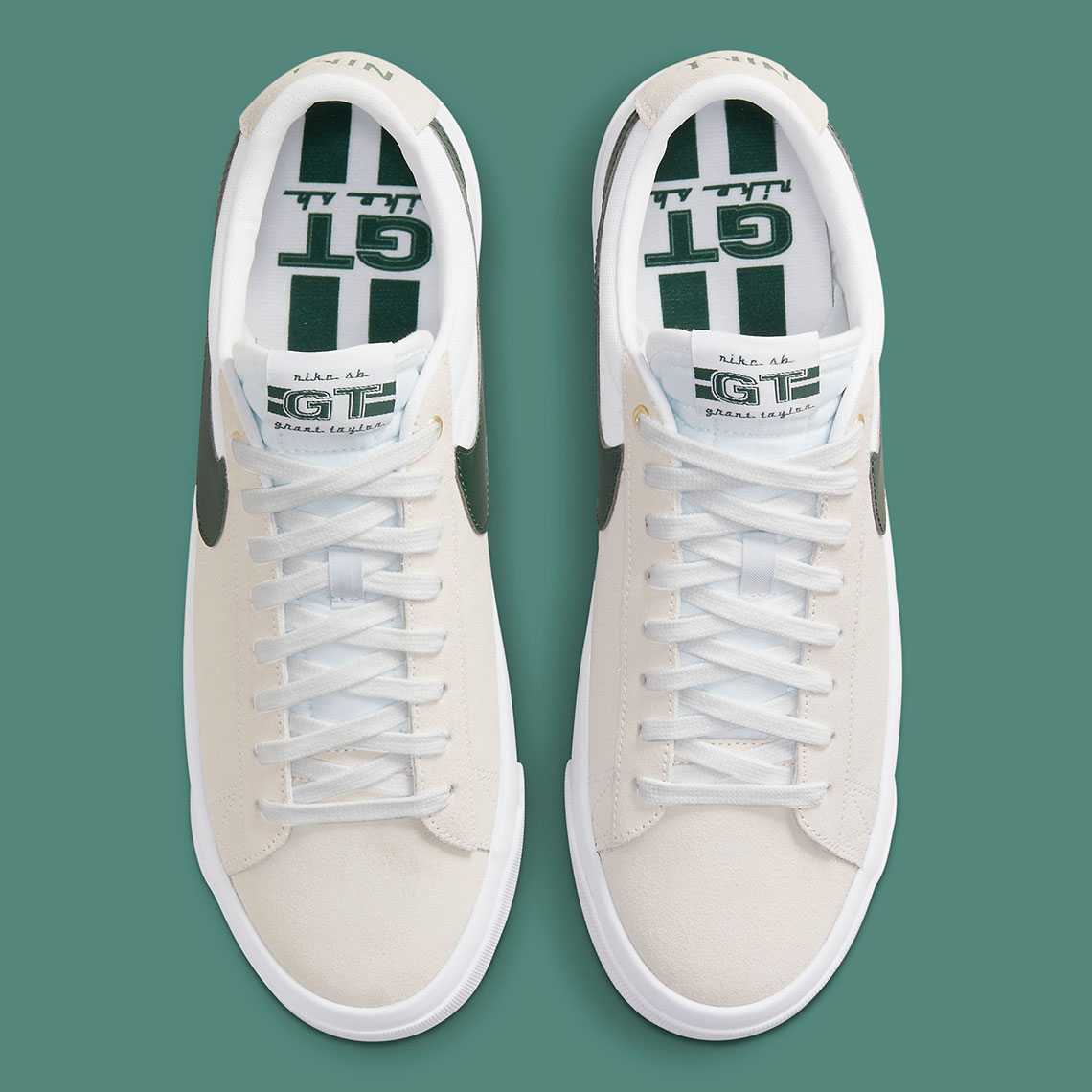 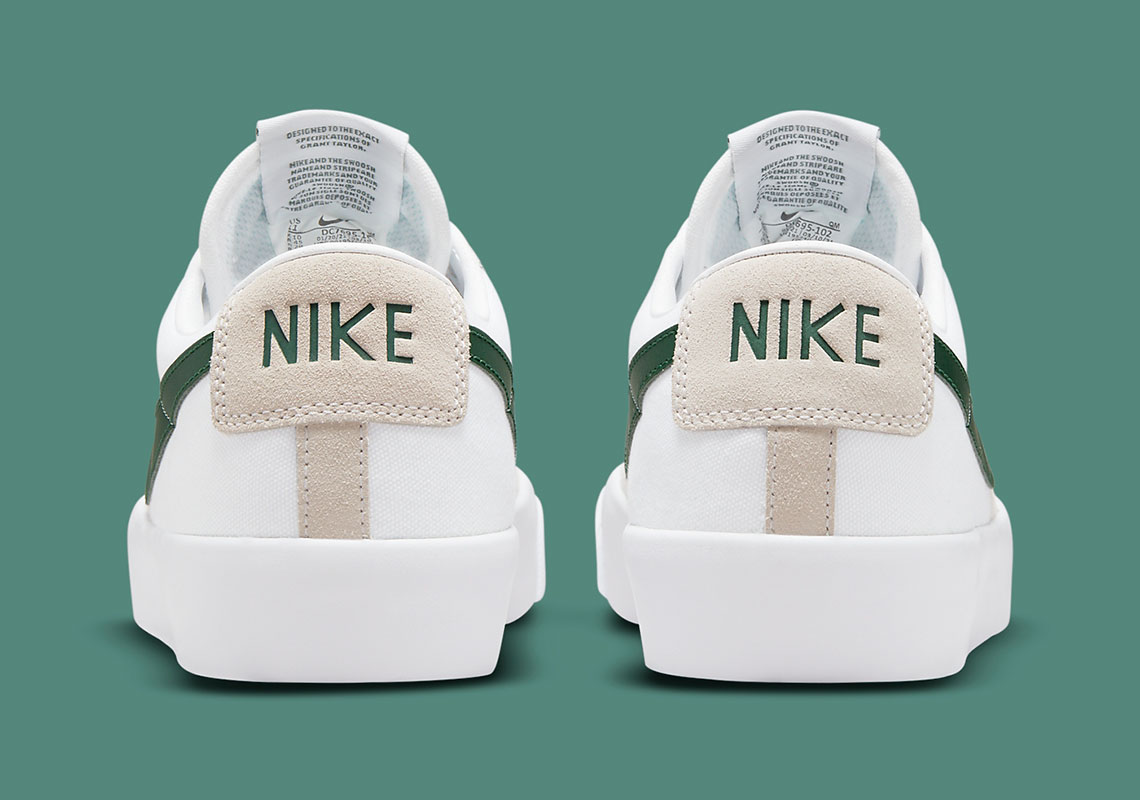 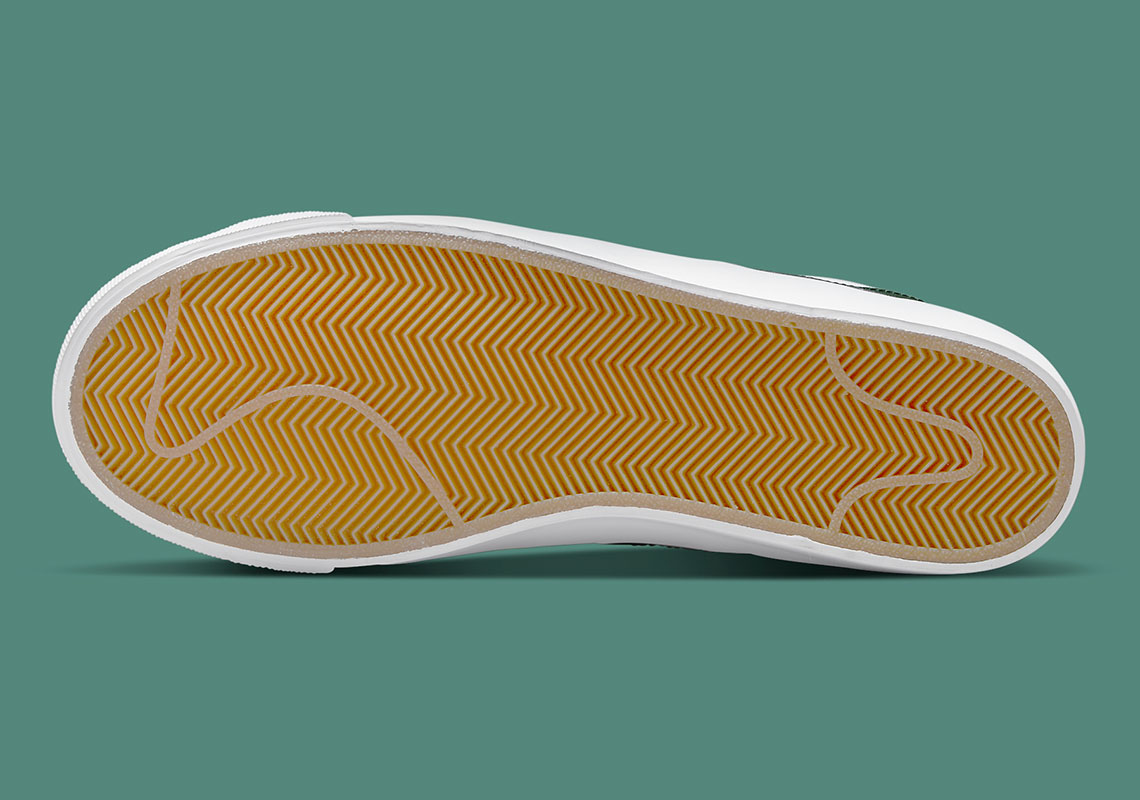 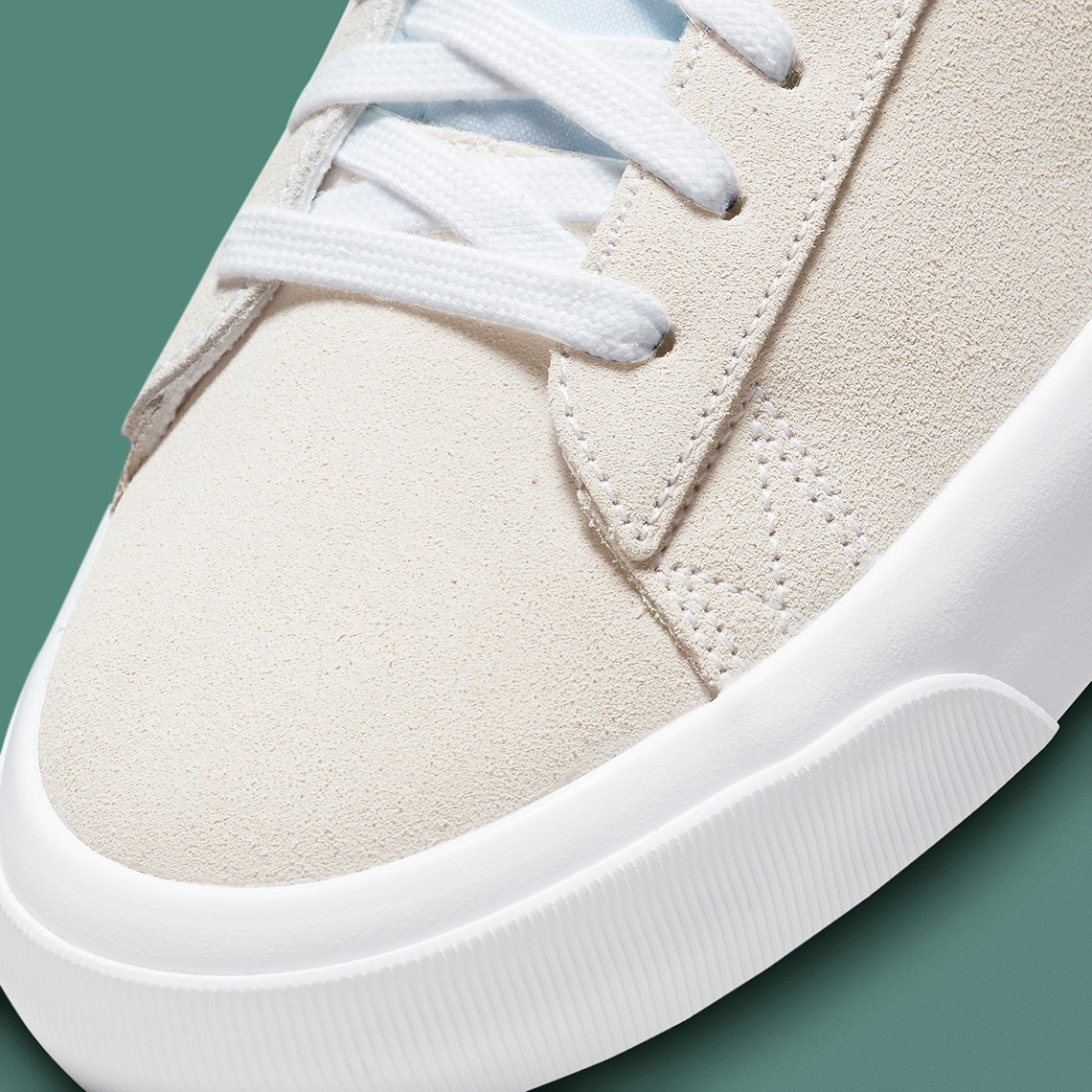 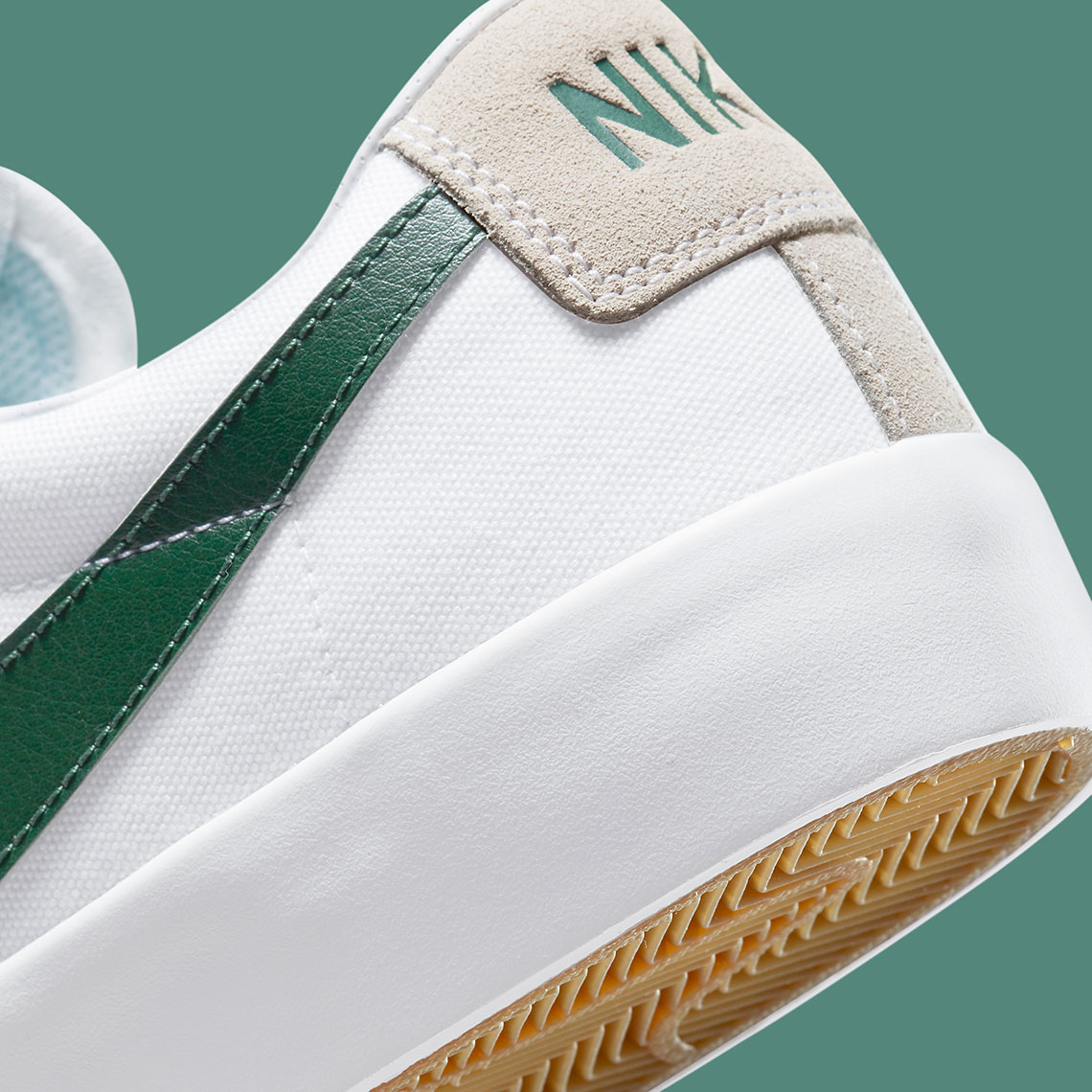 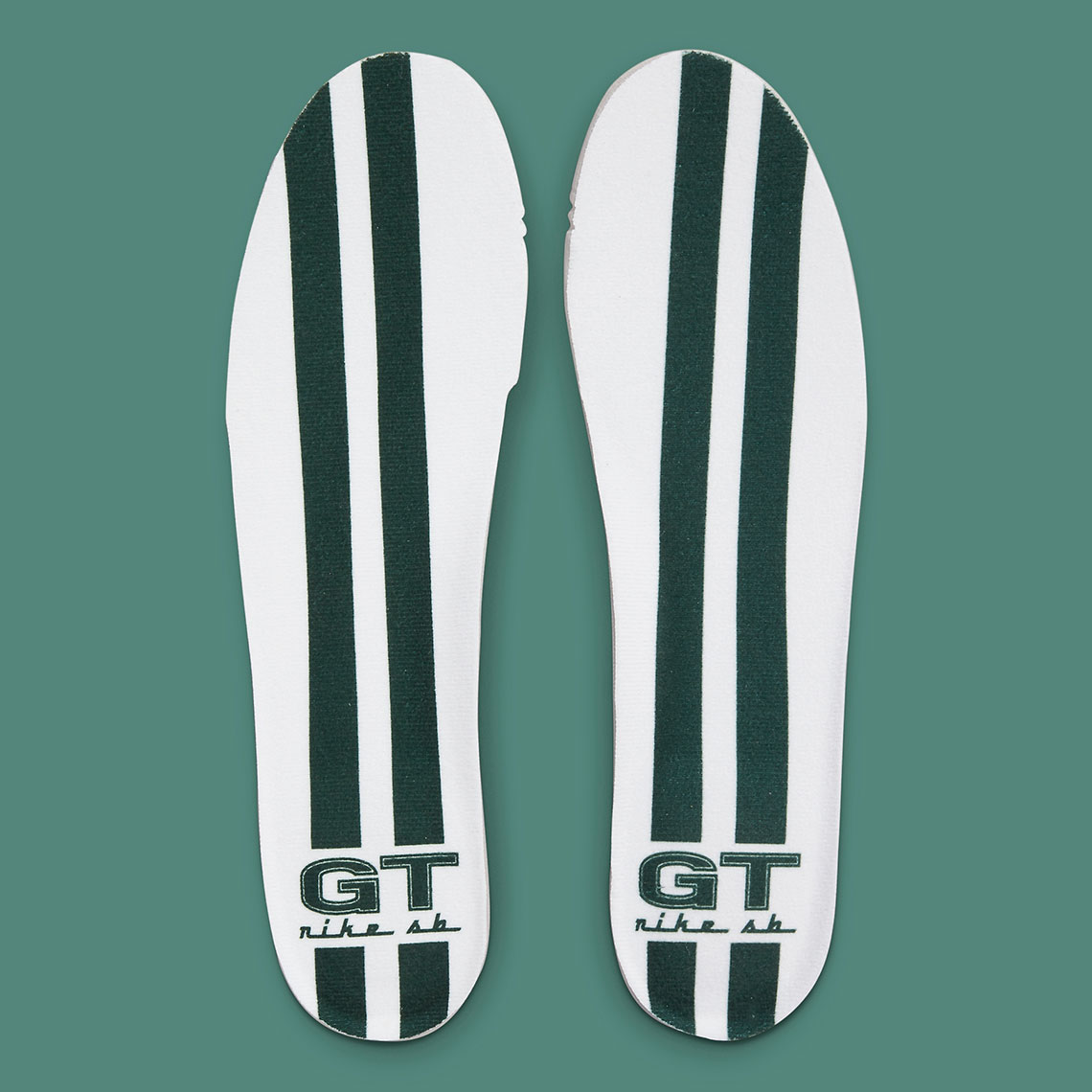