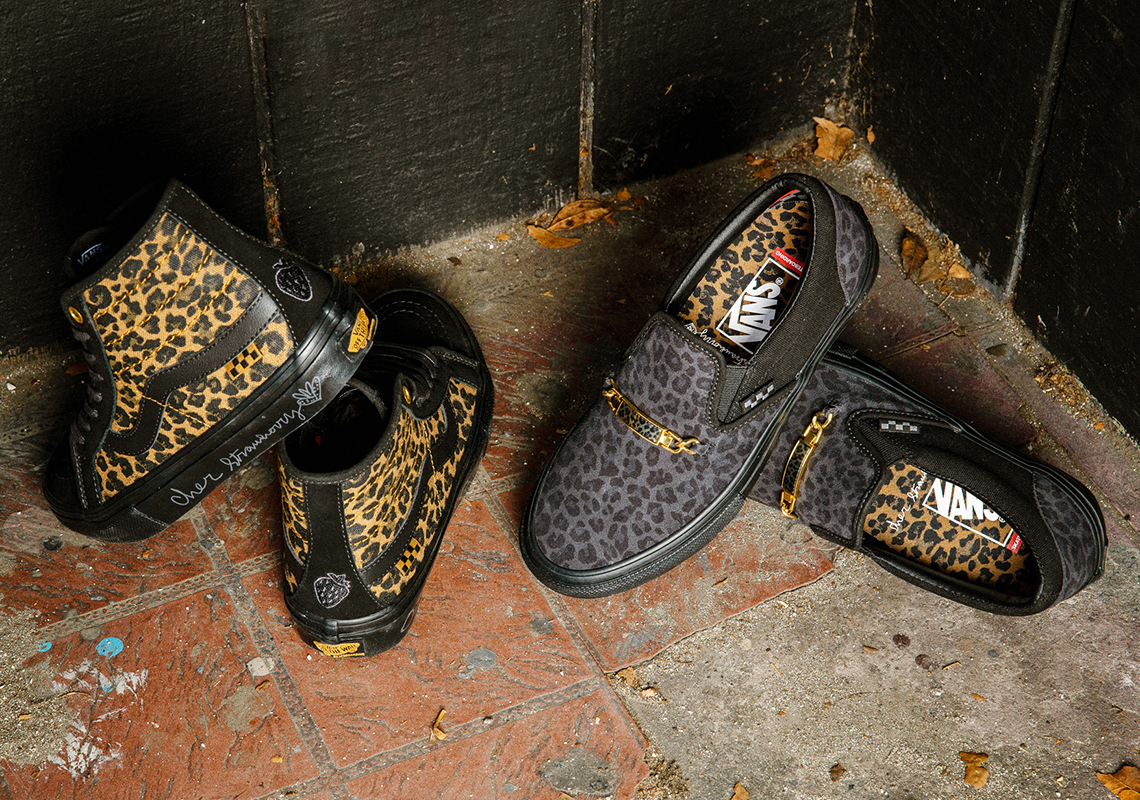 As one of the most significant brands to the skate community, Vans takes responsibility for amplifying the voices of those who are redefining skate culture. Among these voices is skateboarder, musician, and artist Cher Strauberry, who is revitalizing San Francisco’s Embarcadero skate scene as a transwoman. For an upcoming collection of footwear and apparel dubbed “Skate Classics,” Cher embraces her edgy style by incorporating bold cheetah prints and gold details.

The collaborative pack consists of two Vans Skate models: the collection’s very own Sk8-Hi Decon and the Vans Slip-On. The former, which is Cher’s reimagination of the Vans Sk8-Hi, is a high-top silhouette with a slimmed-down profile. Cheetah-print canvas is applied to the uppers and is offset by the black suede exhibited by the toe, lacestays, and heel. Gold eyelets, waxed laces, and the black leather Sidestripe act as luxe additions to a rather casual model. A strawberry graphic near the heel and handwriting on the midsole are the final, personal touches to the arrangement.

On the other hand, Cher’s Skate Slip-On uses a greyscale variation of the aforementioned cheetah print to cover the vamp and heel counter. This leaves the quarter and vamp binding seeing a simple black canvas makeup. A gold buckle featuring the feline pattern is attached to the vamp, reminiscent of the hardware found on loafers. Such crossover further exemplifies the skateboarder’s eclectic style and unapologetic creativity.

Enjoy official images of the “Skate Classics” collection below, which is available now at select retailers and Vans.com. 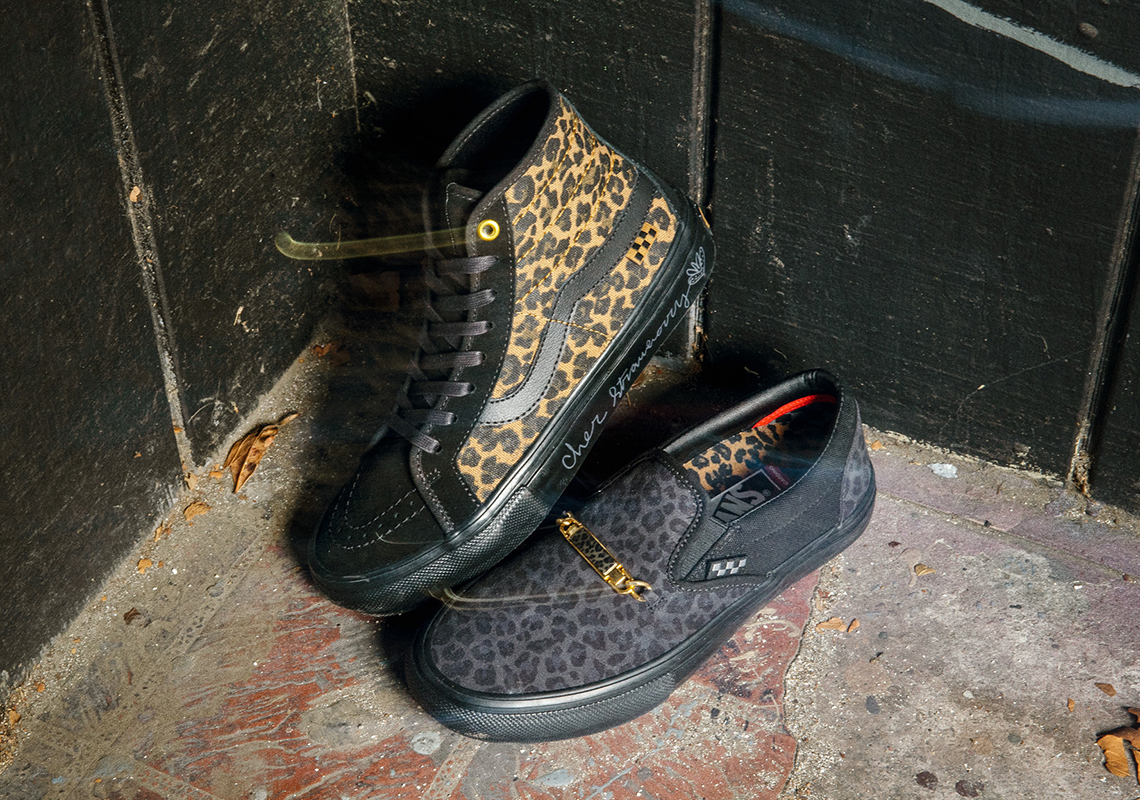 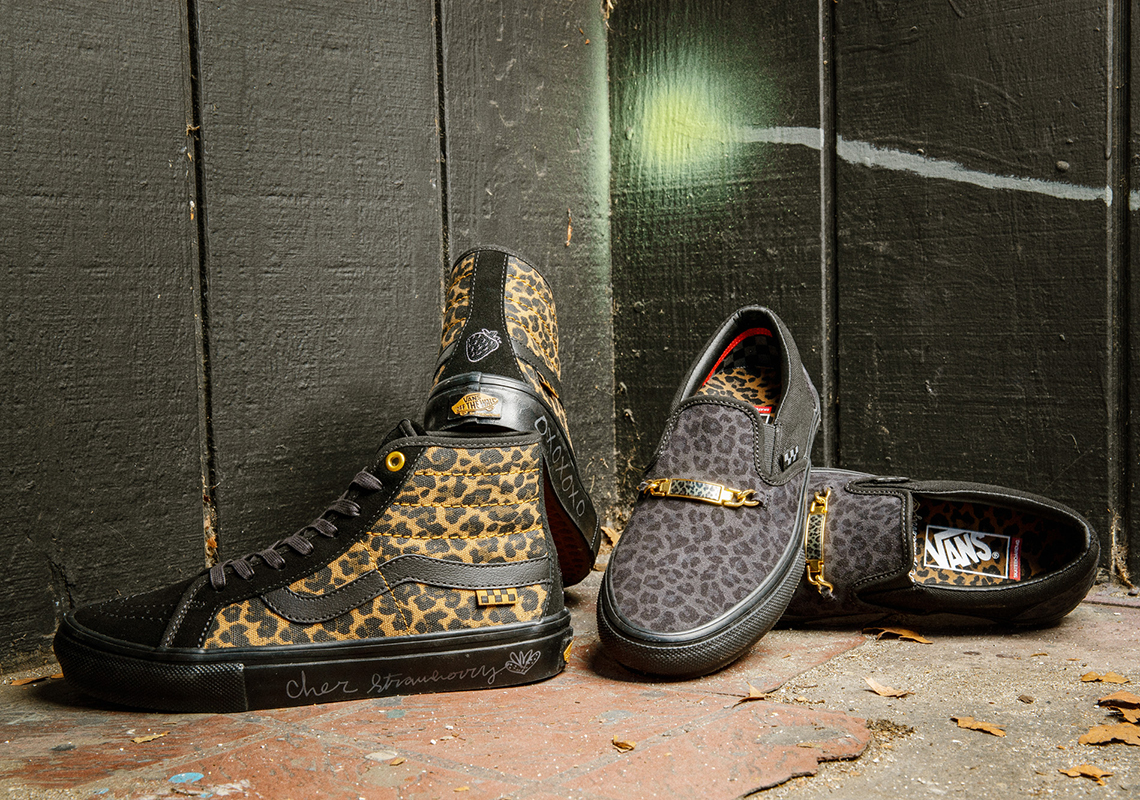 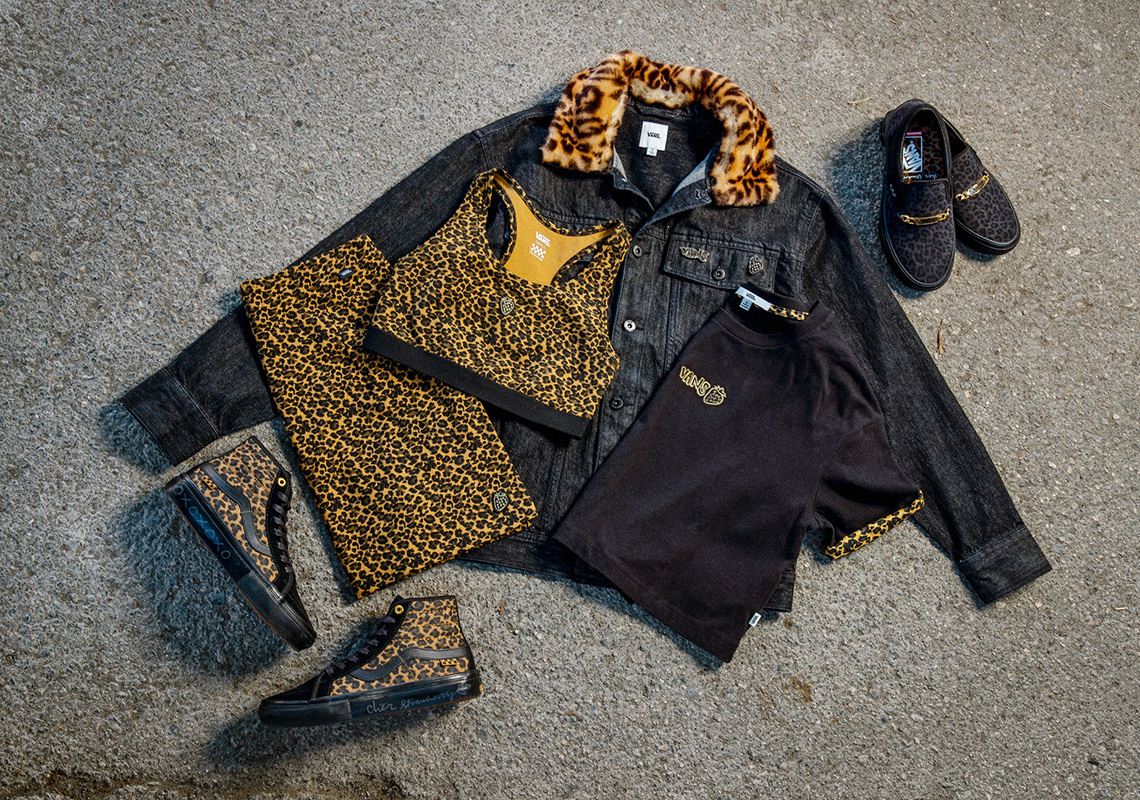 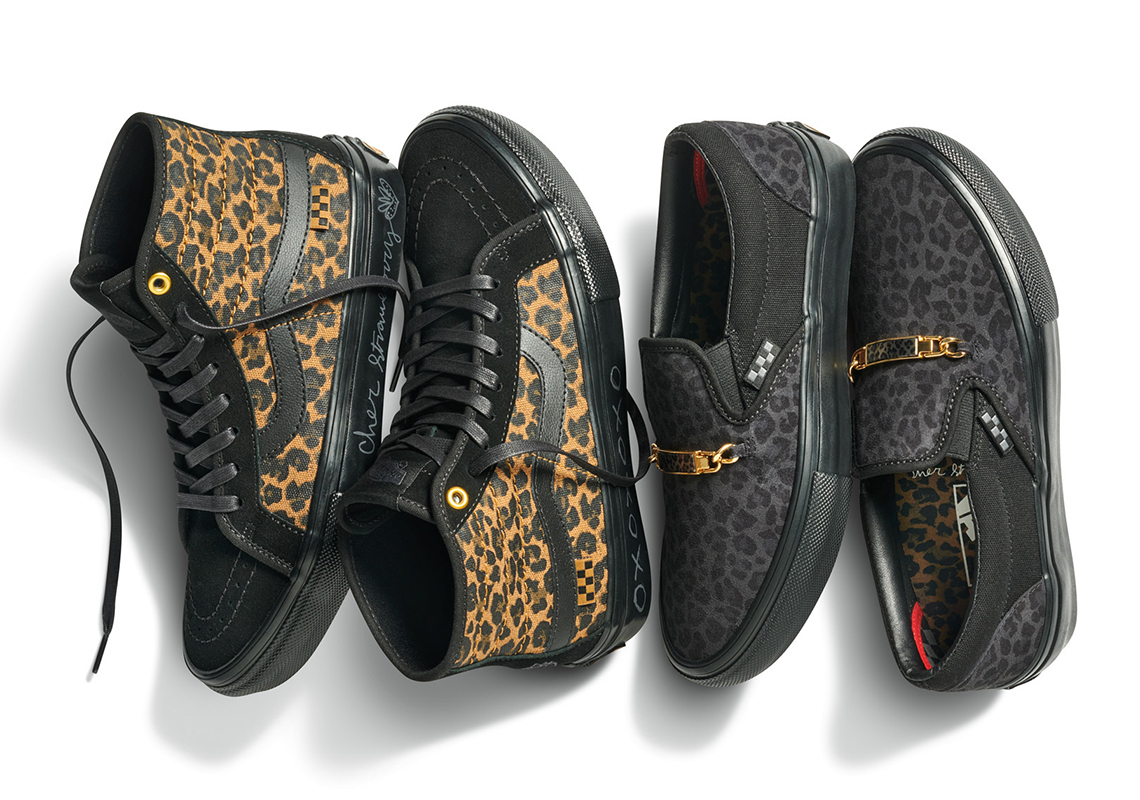 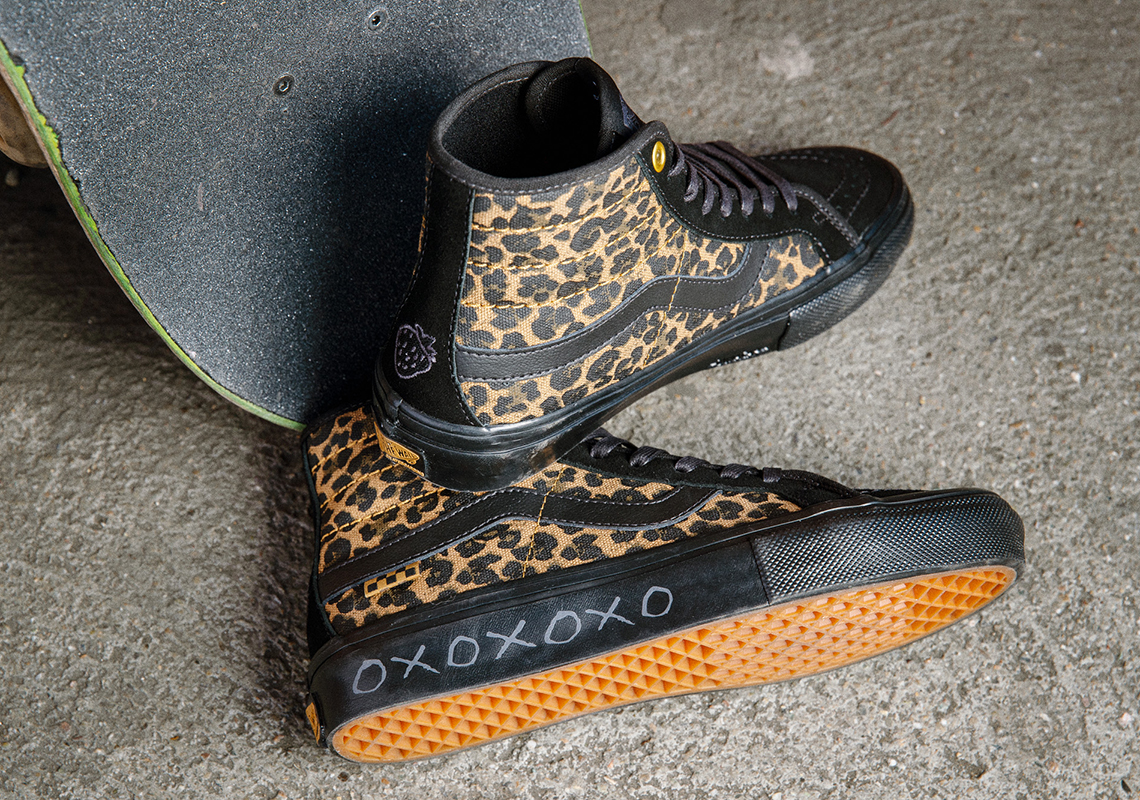 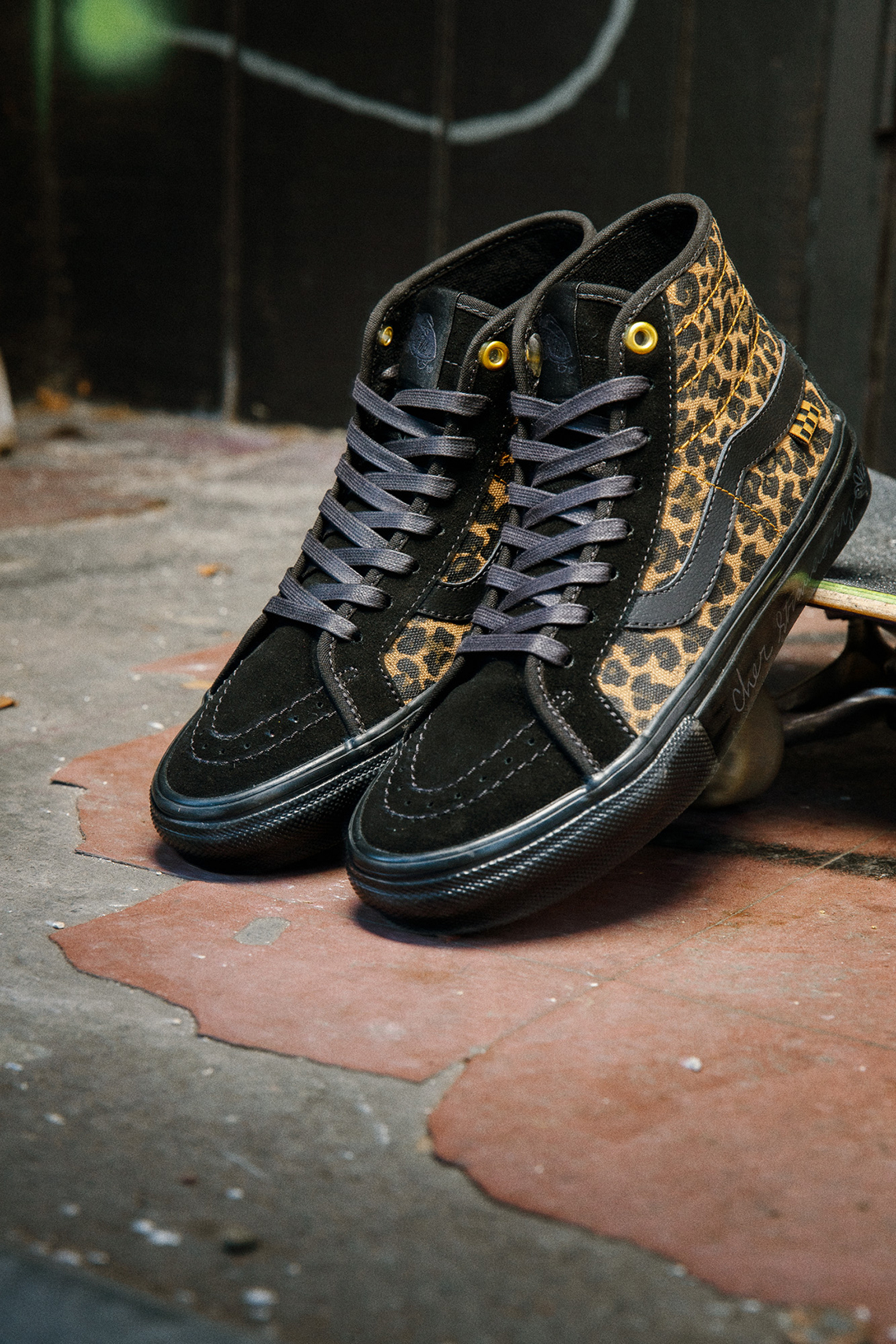 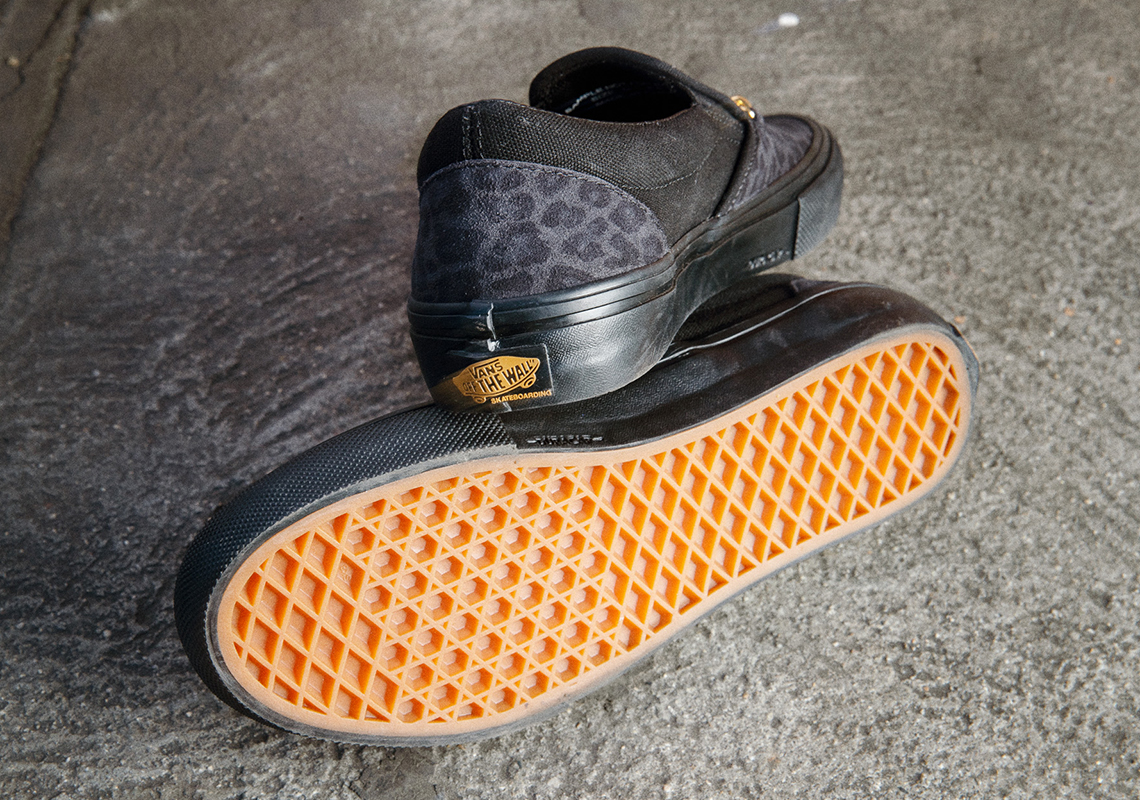 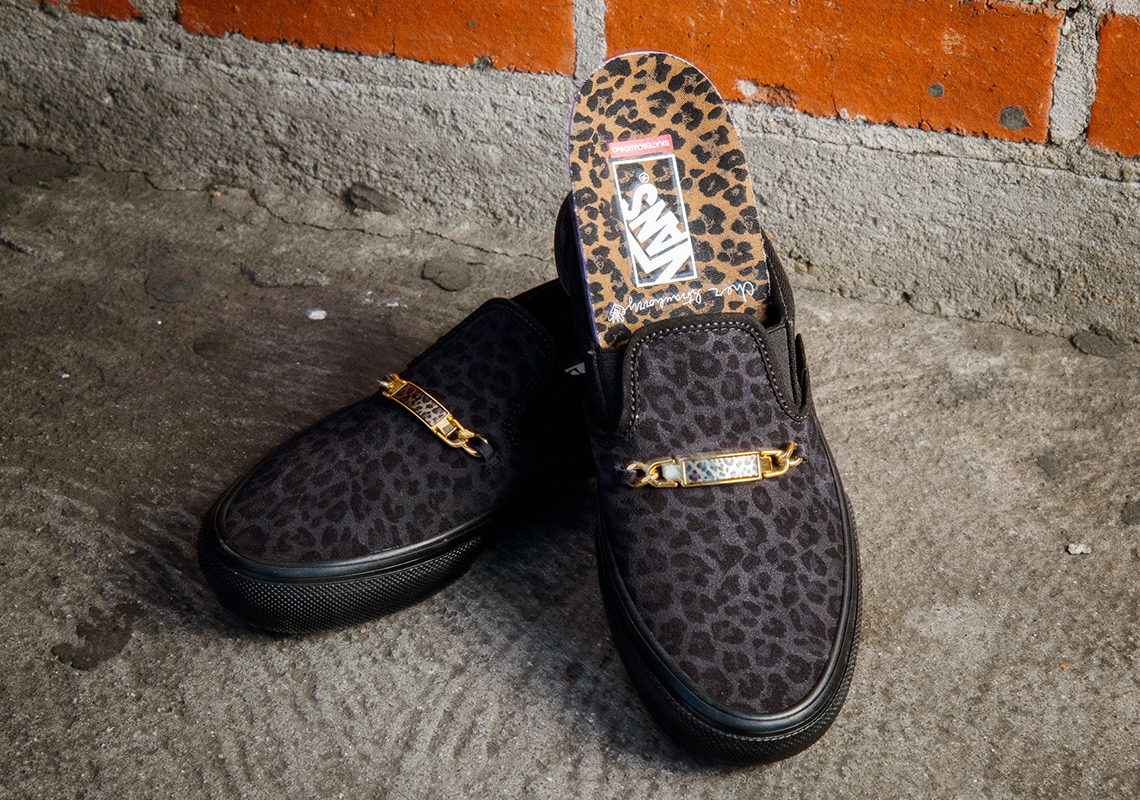 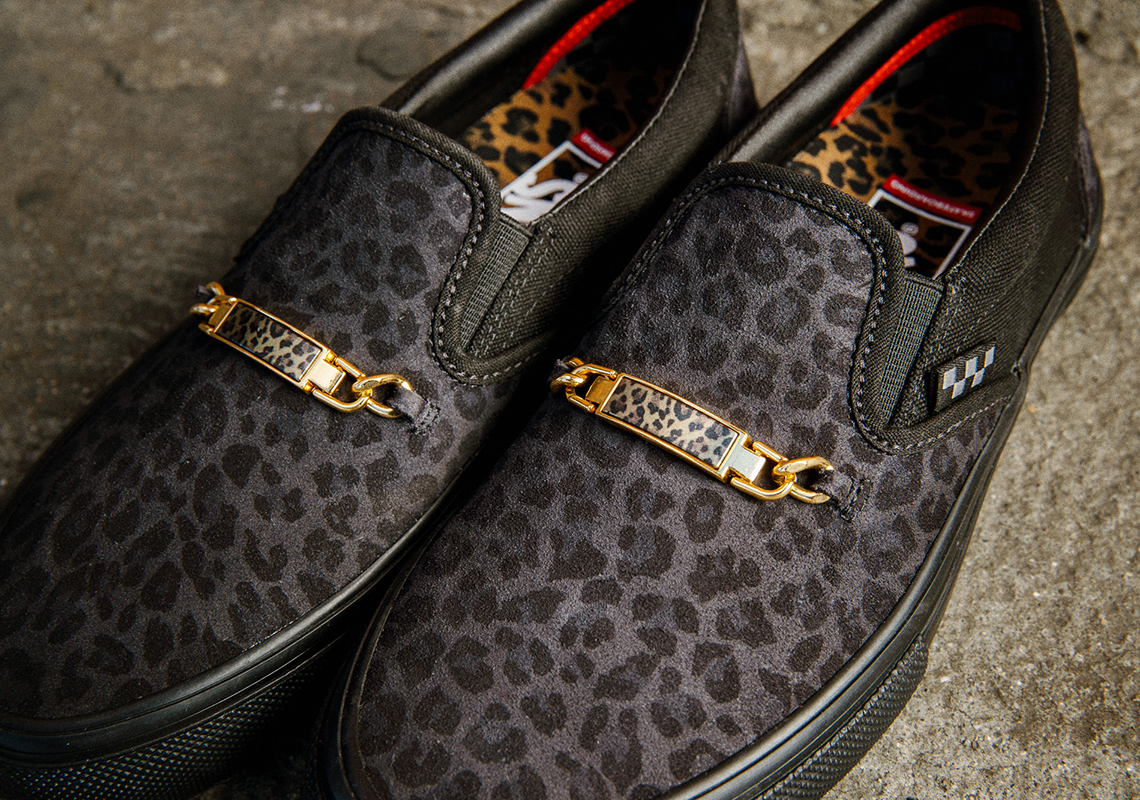