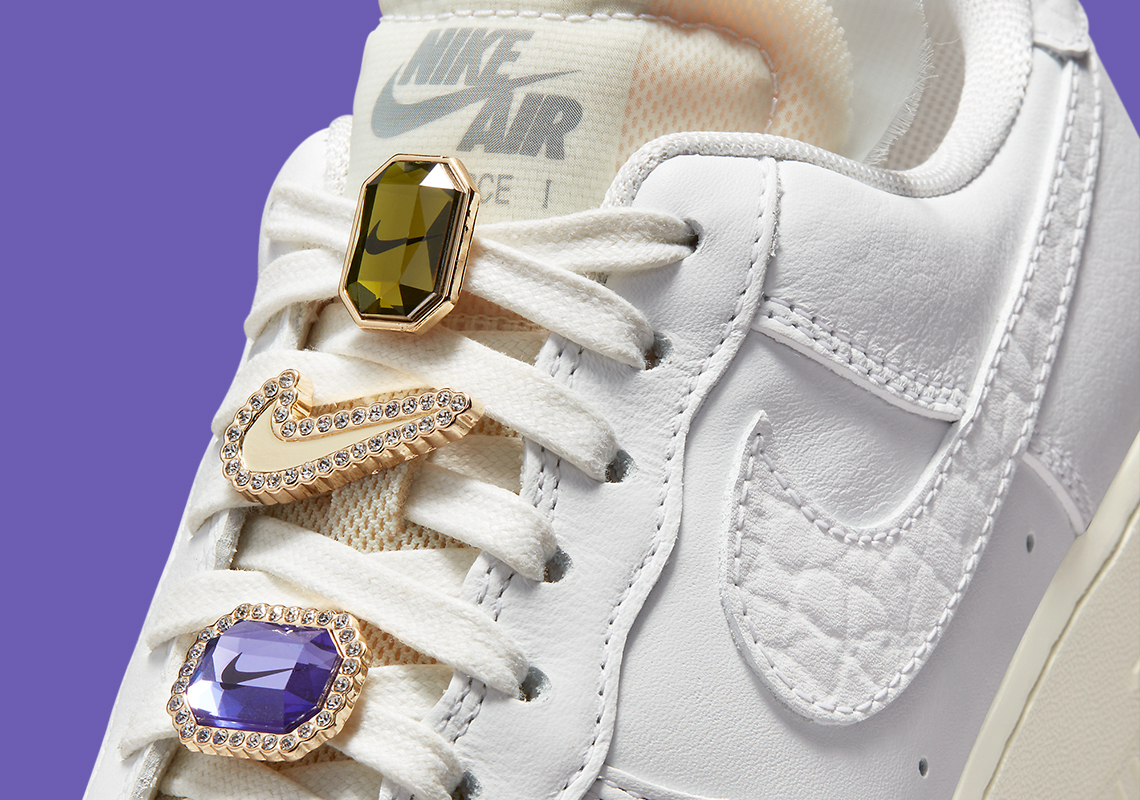 Wanting to look expensive is no uncommon desire. And Nike often taps into this urge with many of their inline releases, echoing “Premium” for more than a decade. But somewhere down the line — not many years ago — the brand swapped out the term for “Bling” and the minimal luxury with vibrant, costume-like jewelry.

This Air Force 1 continues this relatively long-running series, though with subtle tweaks to the established formula. White leathers still take the lead, however, constructing much of the upper against the footbed of a slightly aged, moderately yellowed tooling and the mesh of the multi-layered tongue. Tumbled Swooshes also obstruct the norm a fair bit in tandem with the gold-backed amethyst and amber jewels.

For a closer, official look, see below. A release is sure to hit Nike.com and select retailers soon.

In other news, have you seen the Nike Dunk Low Red Plum? 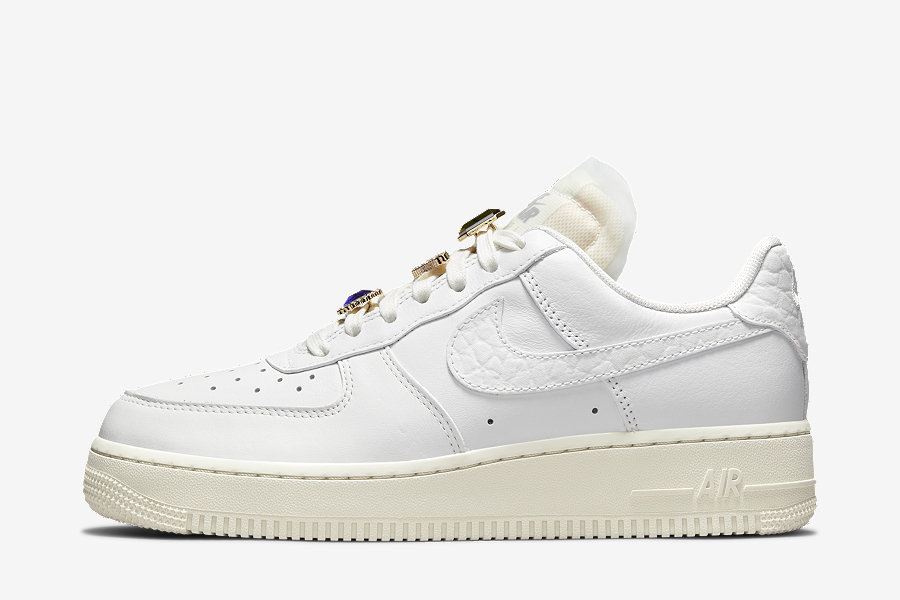 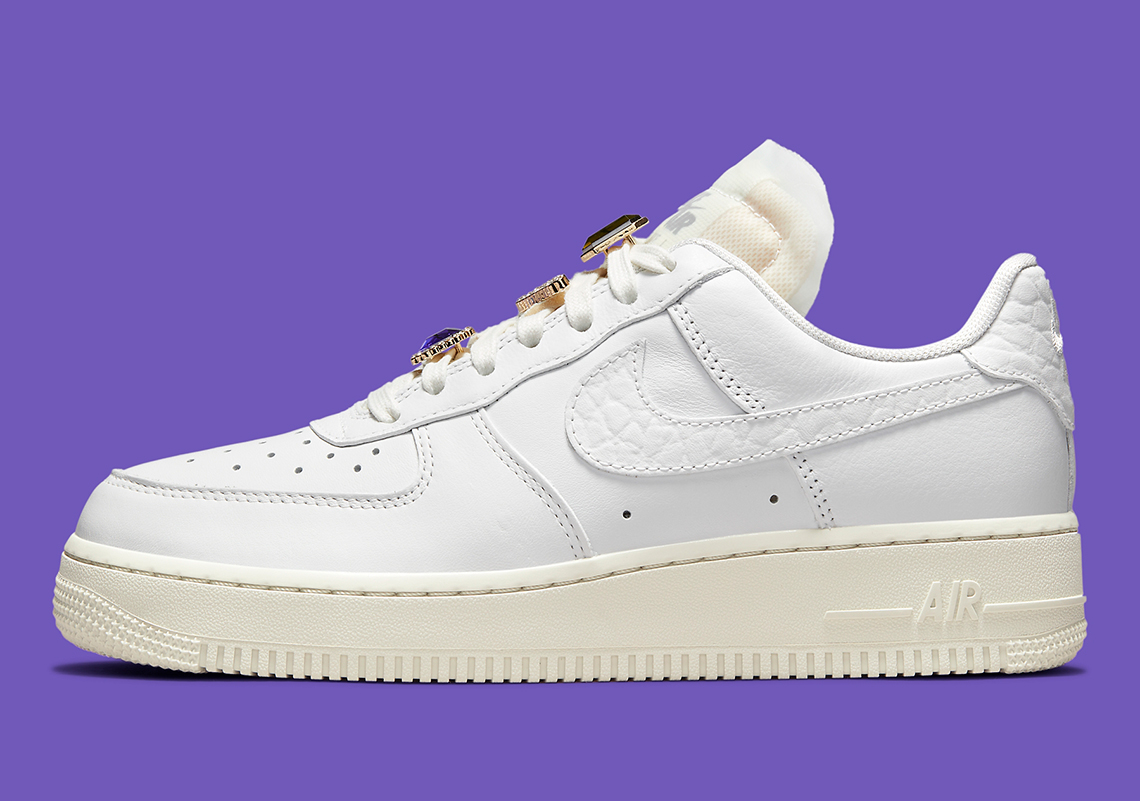 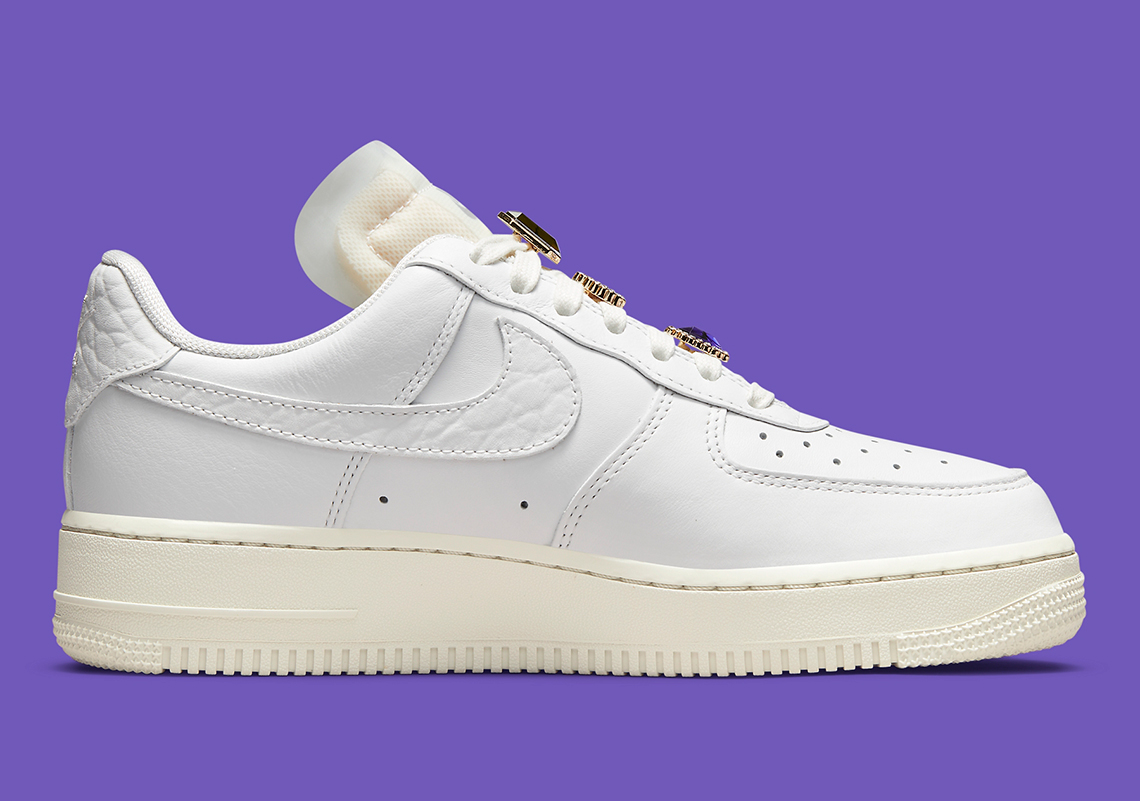 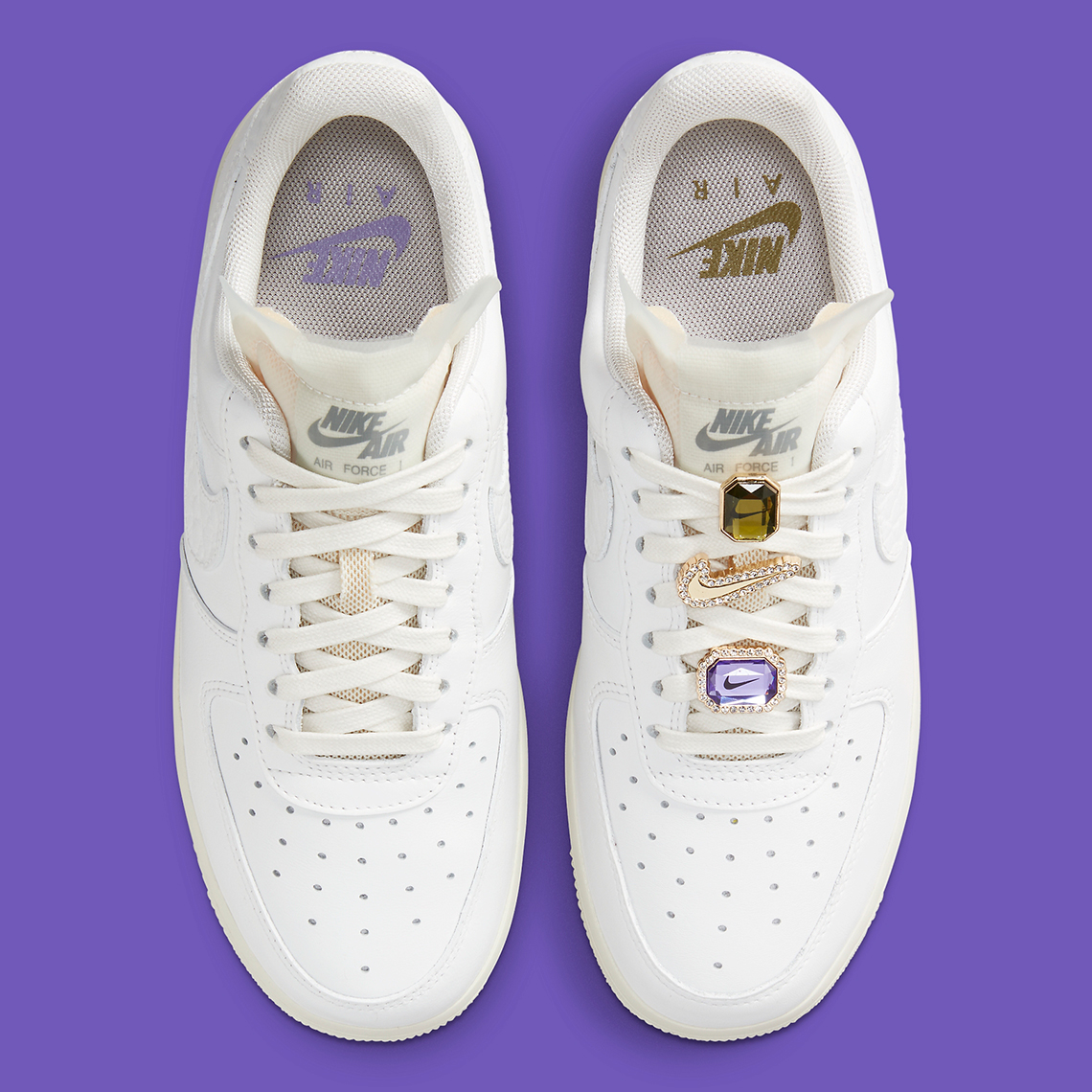 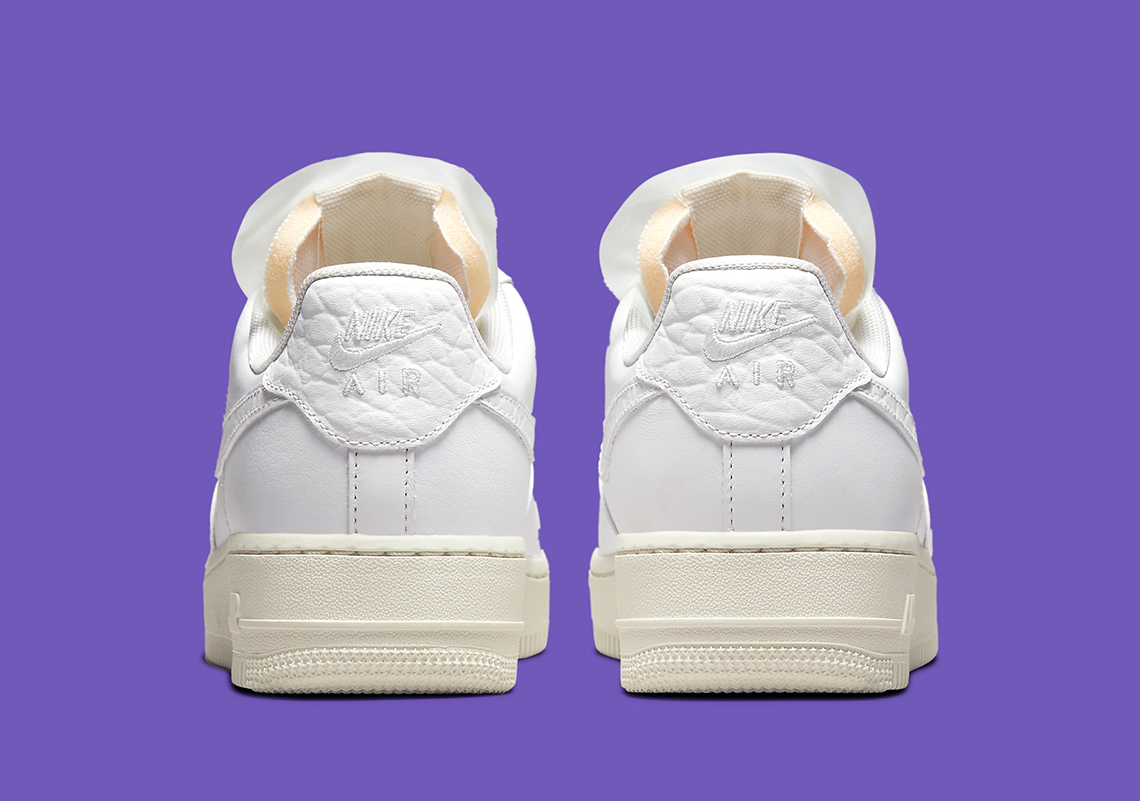 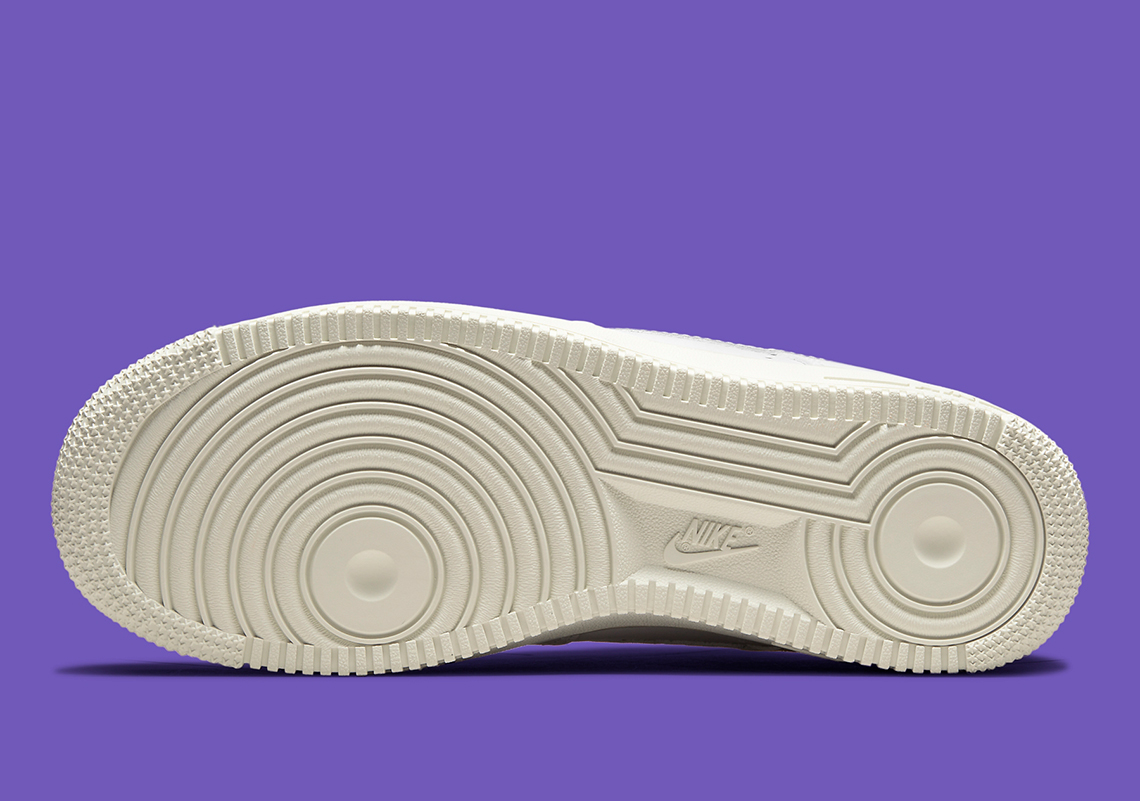 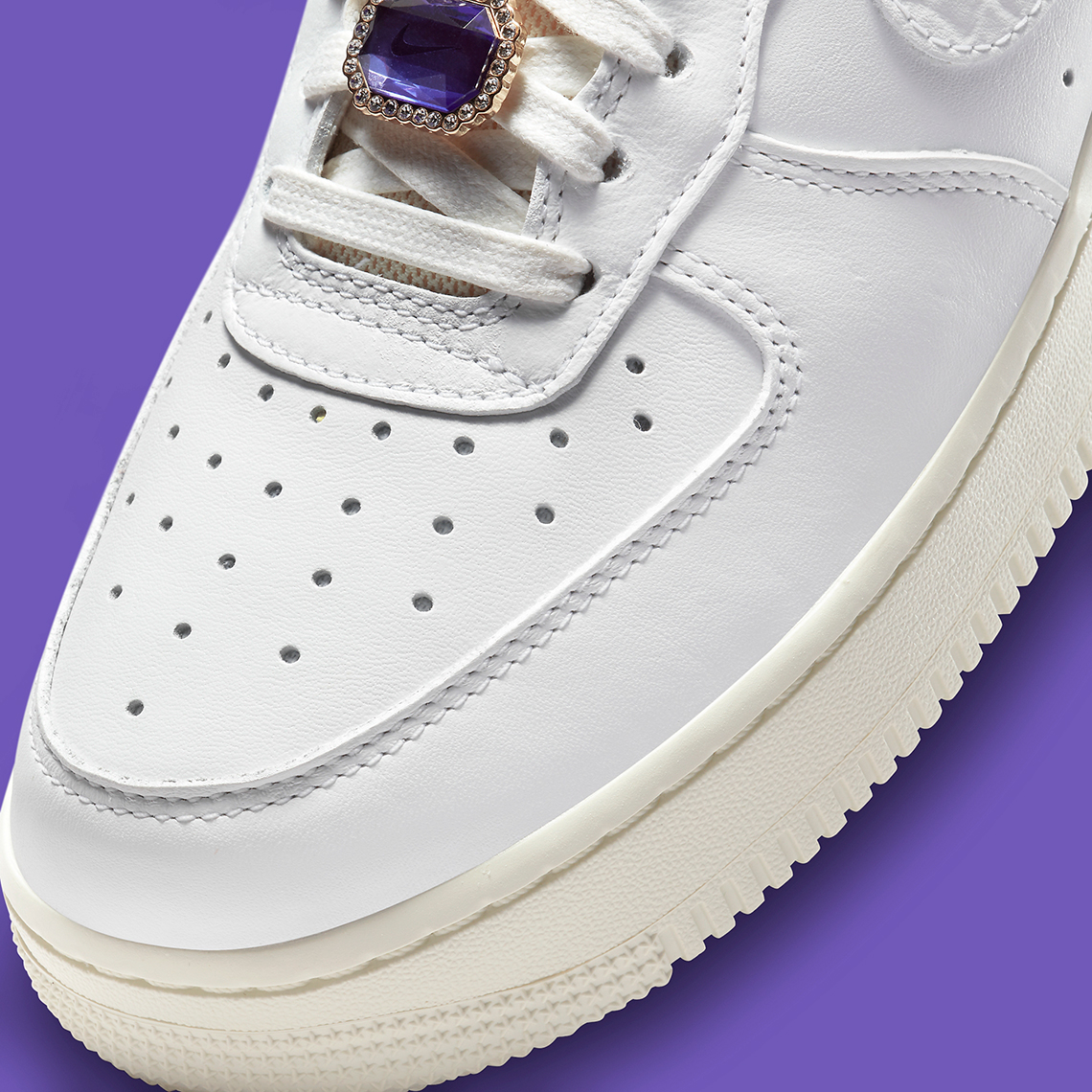 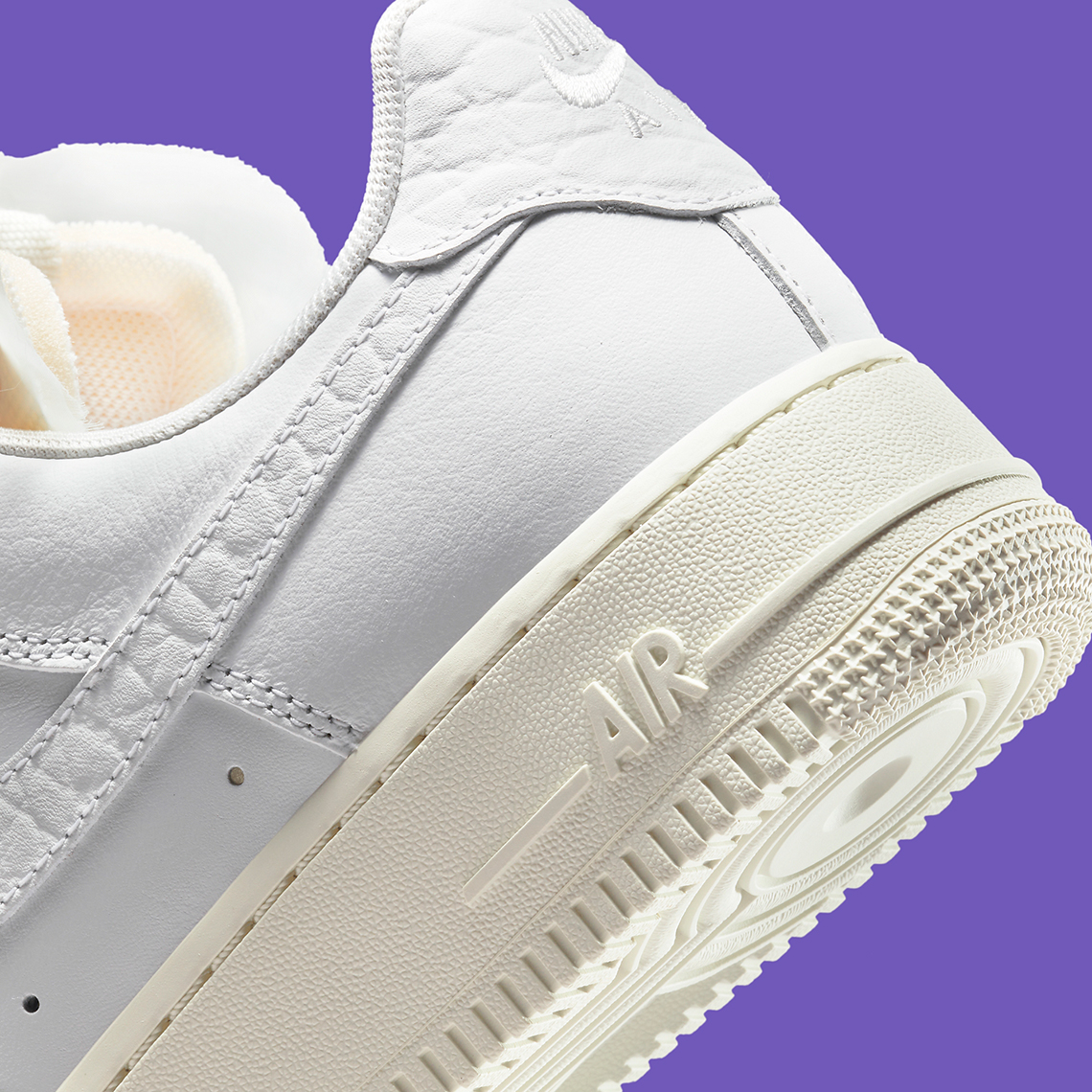 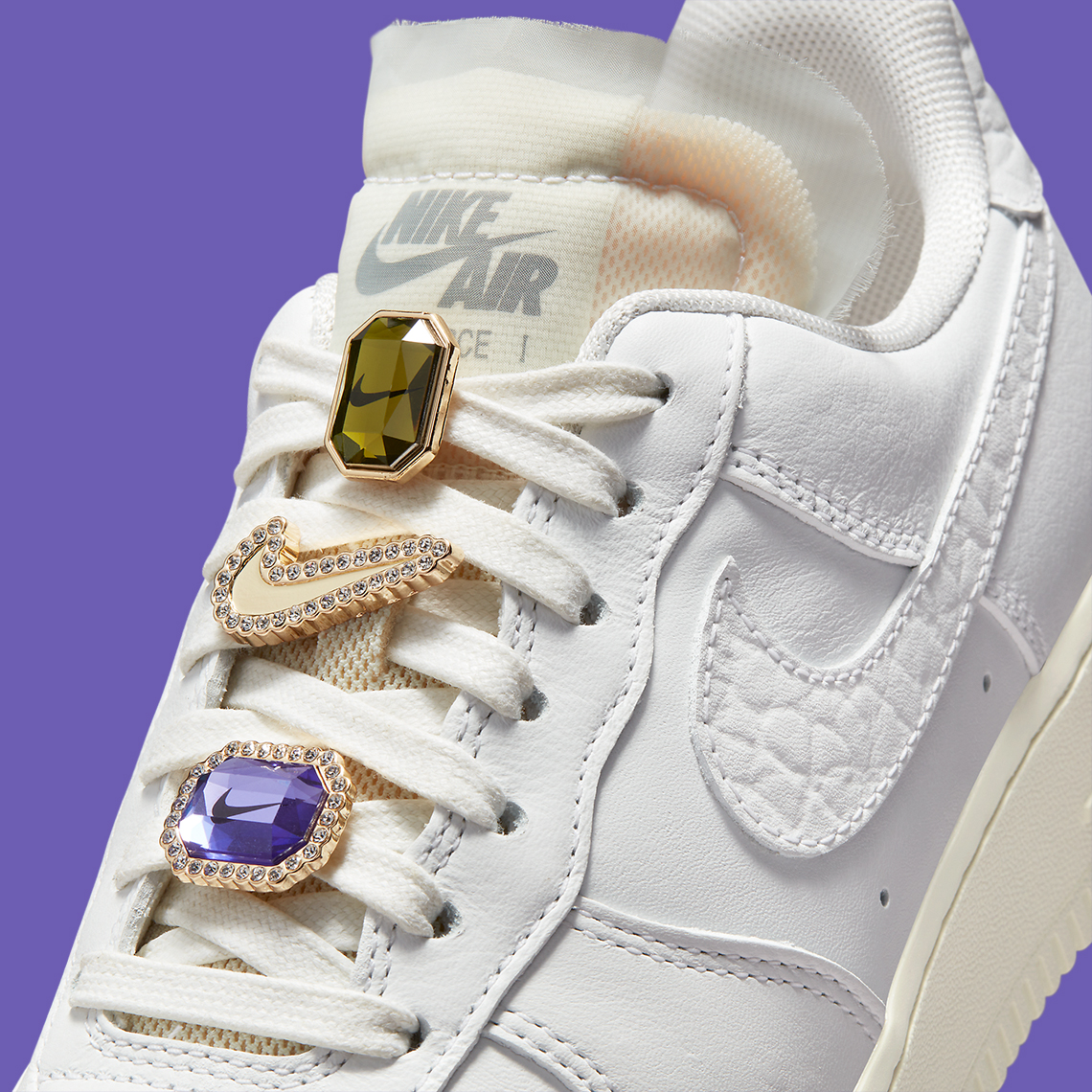