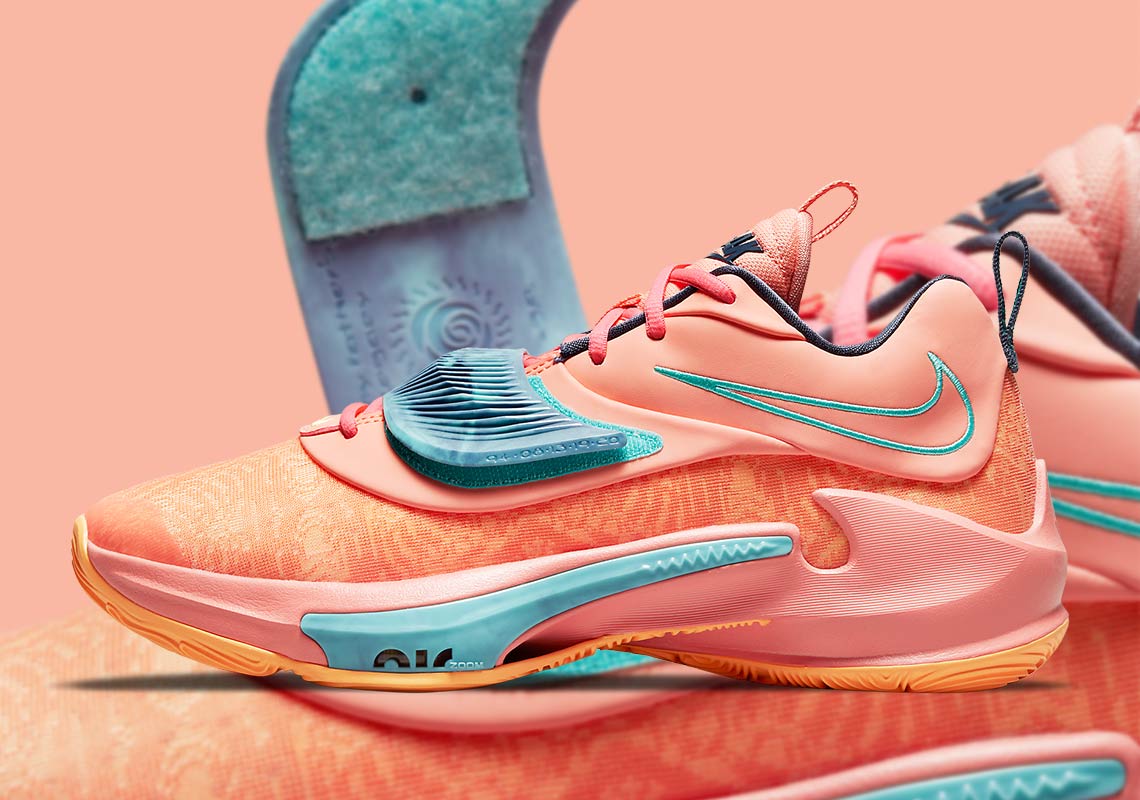 After an unfortunate injury during last night’s Playoff game, Giannis is out for the count. And though it may be a long while before we see the athlete back on the court, he can at least play vicariously through those in his new Nike Zoom Freak 3.

Shown in the shoe’s initial reveal as well as on the feet of PJ Tucker, this colorway — nicknamed “Orange Freak” — is best for the Summer. A vivid, warm tone drives most of the scheme, its mesh patterned lightly all throughout. Underfoot, a similar shade complements, dressing just underneath a midsole made light pink like that of the tongue, lace unit, and collar. The strap, however, sports a light aqua blue, rounding out the beach-like themes in tandem with the embroidered, backwards Swoosh.

For a closer look, peer below at the official images. A release is said to hit global on July 1st and North America later in August, both likely through Nike.com and select retailers.

In other news, the Air Jordan 4 White Oreo is releasing this weekend. 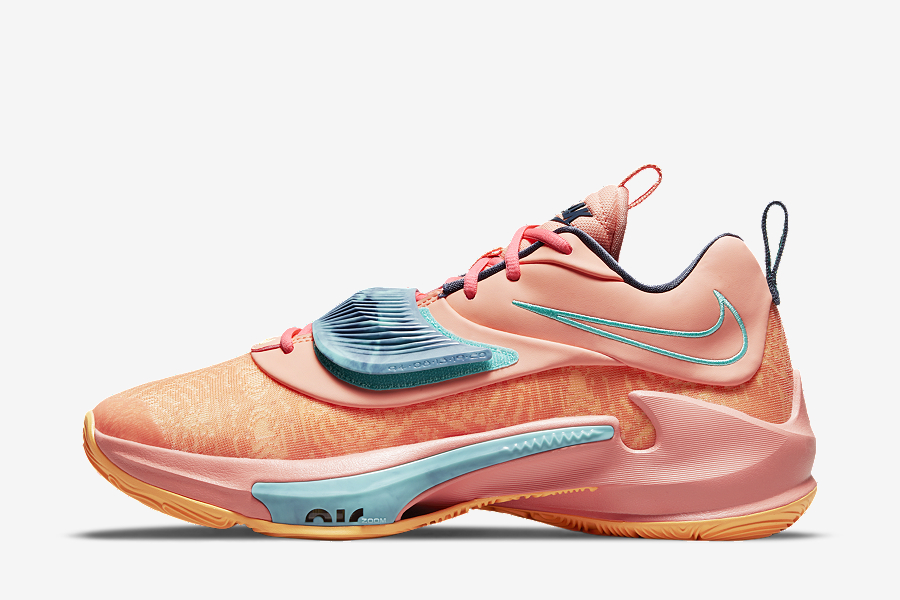 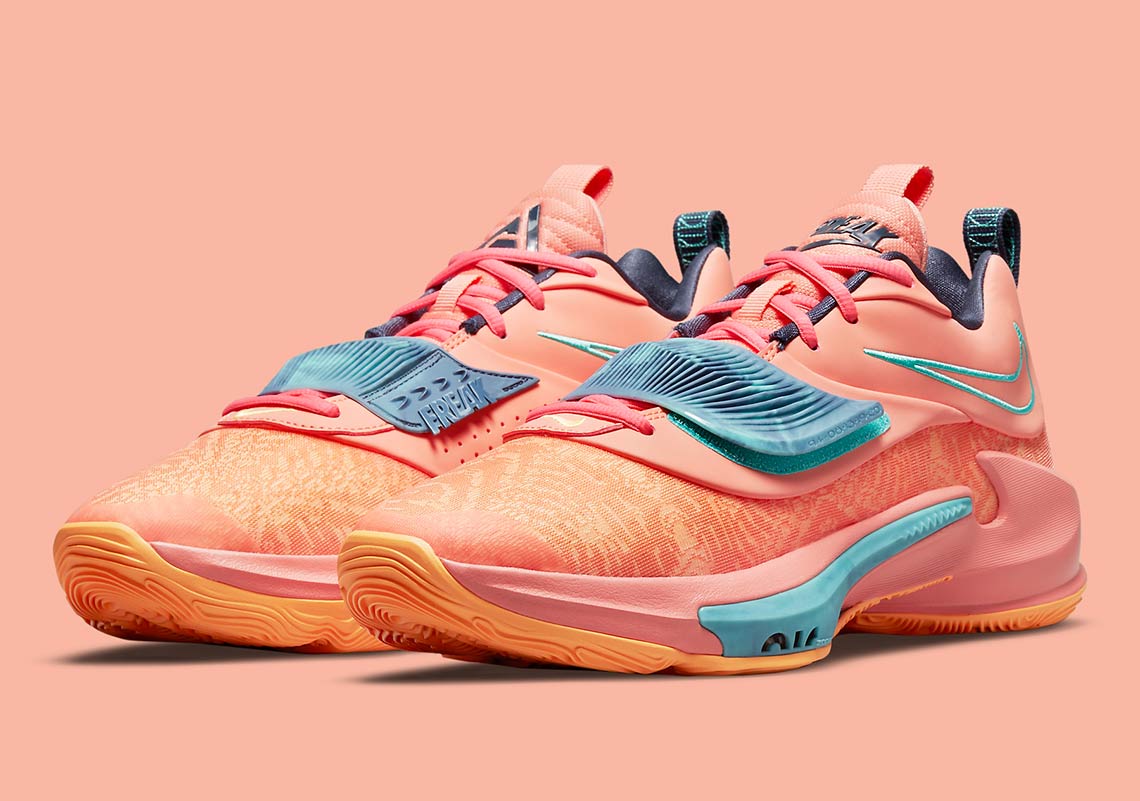 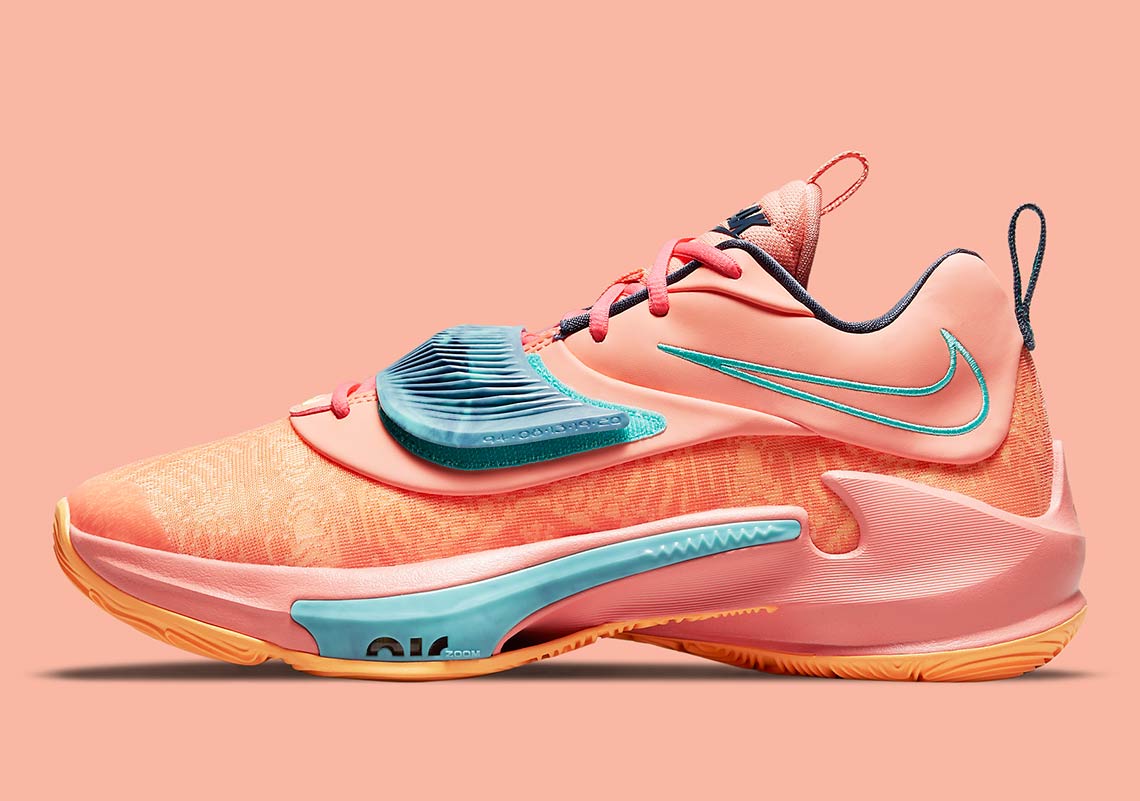 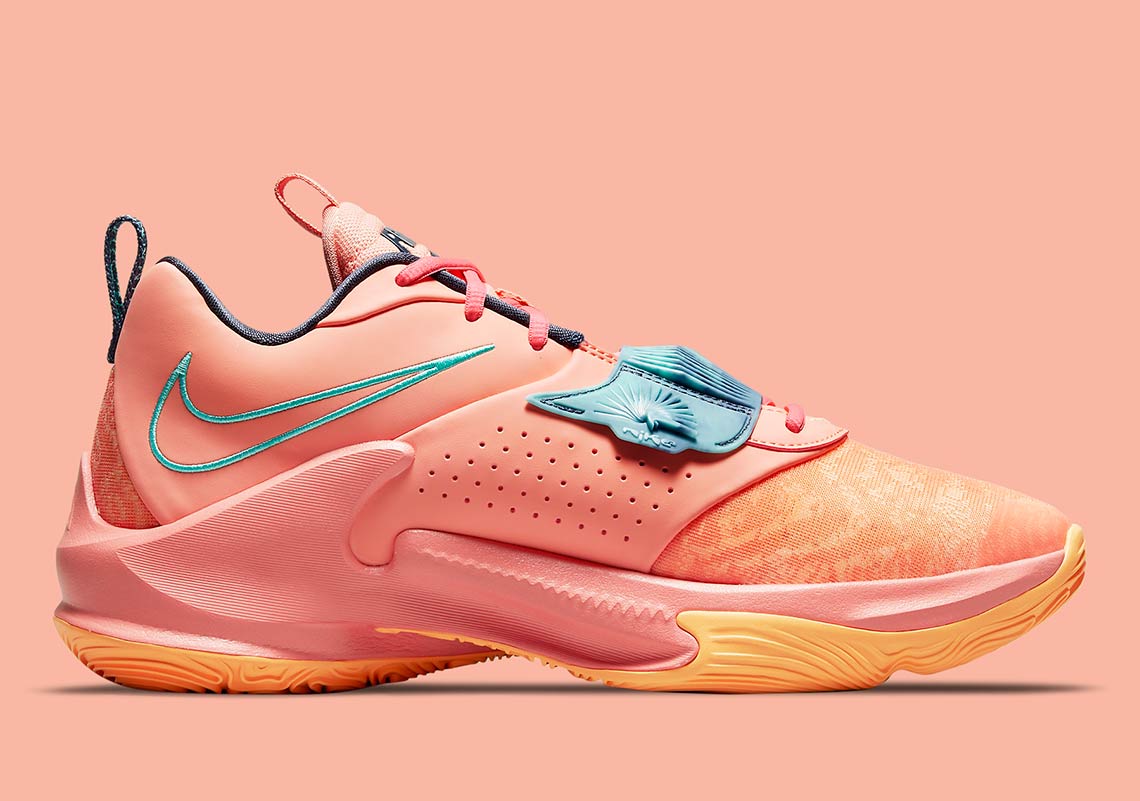 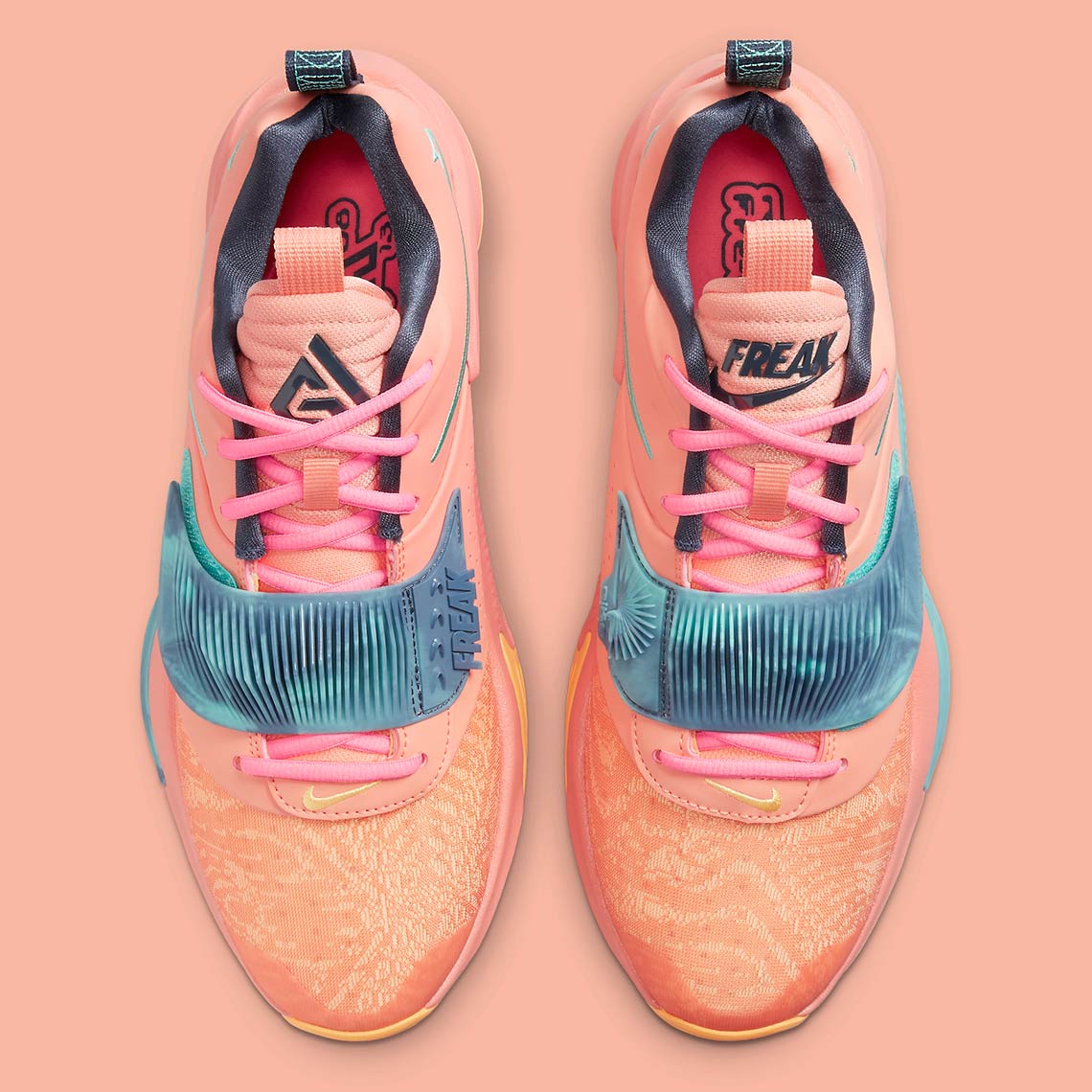 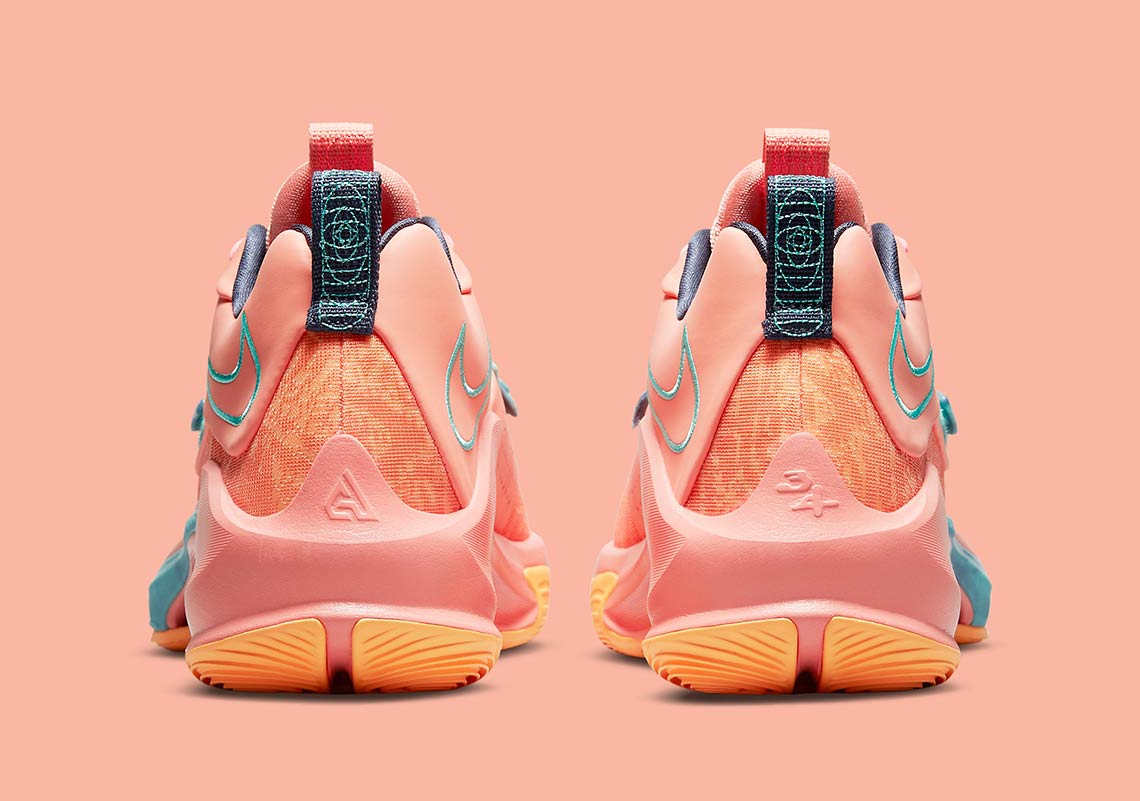 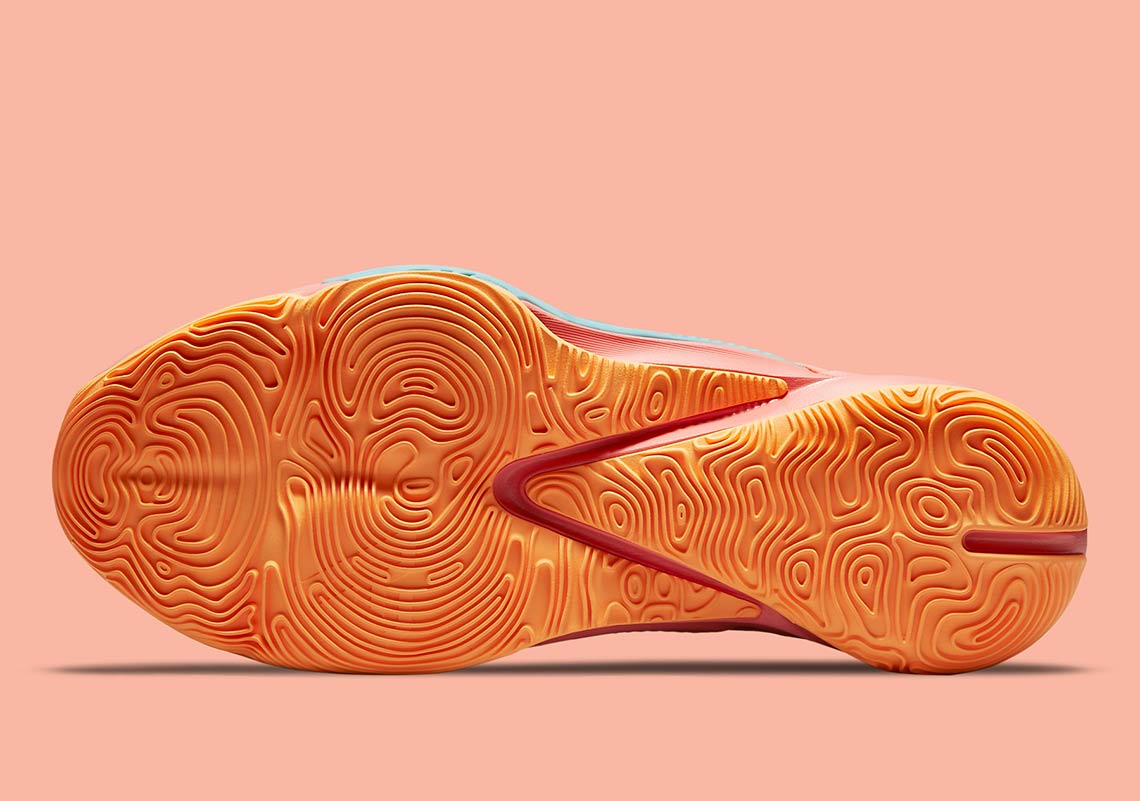 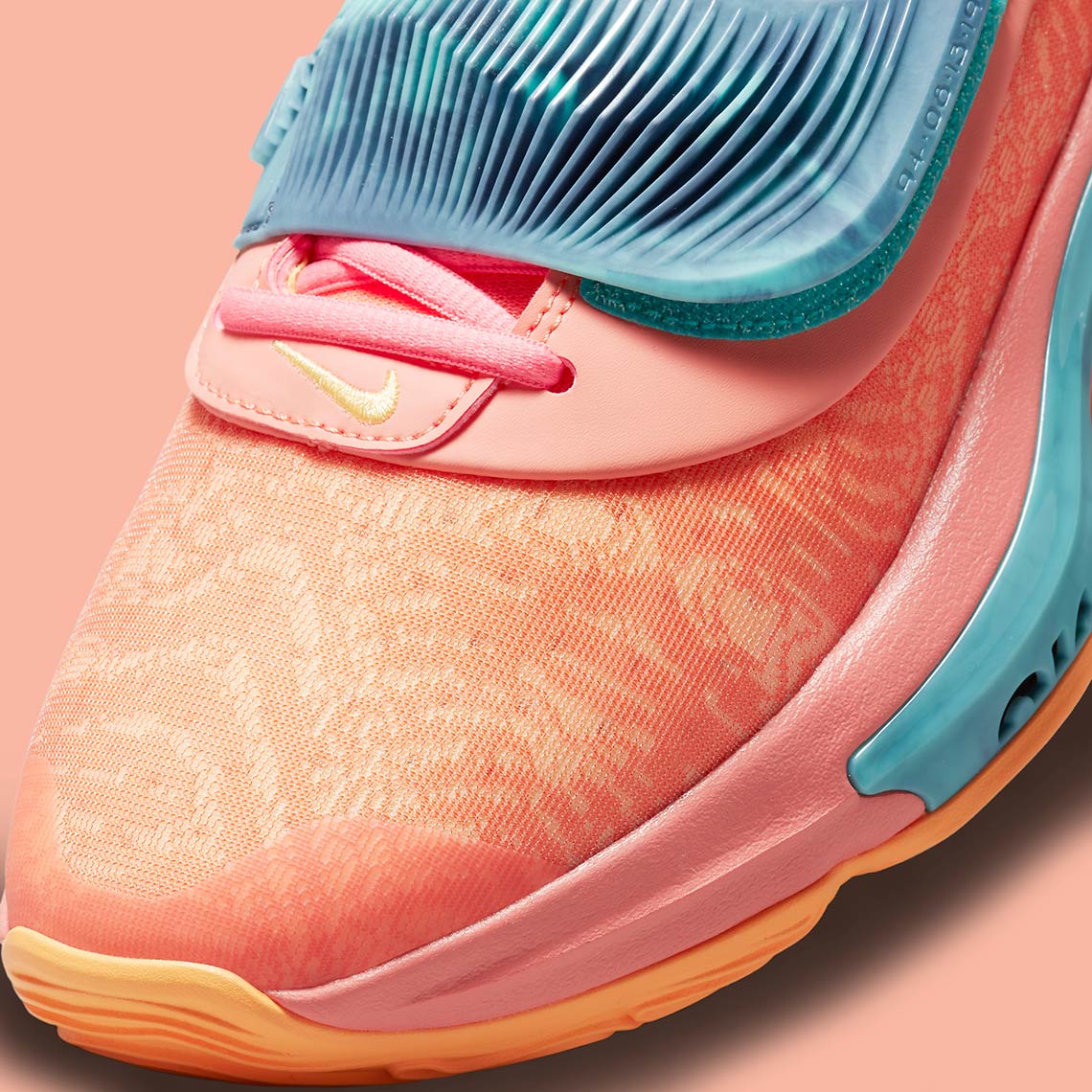 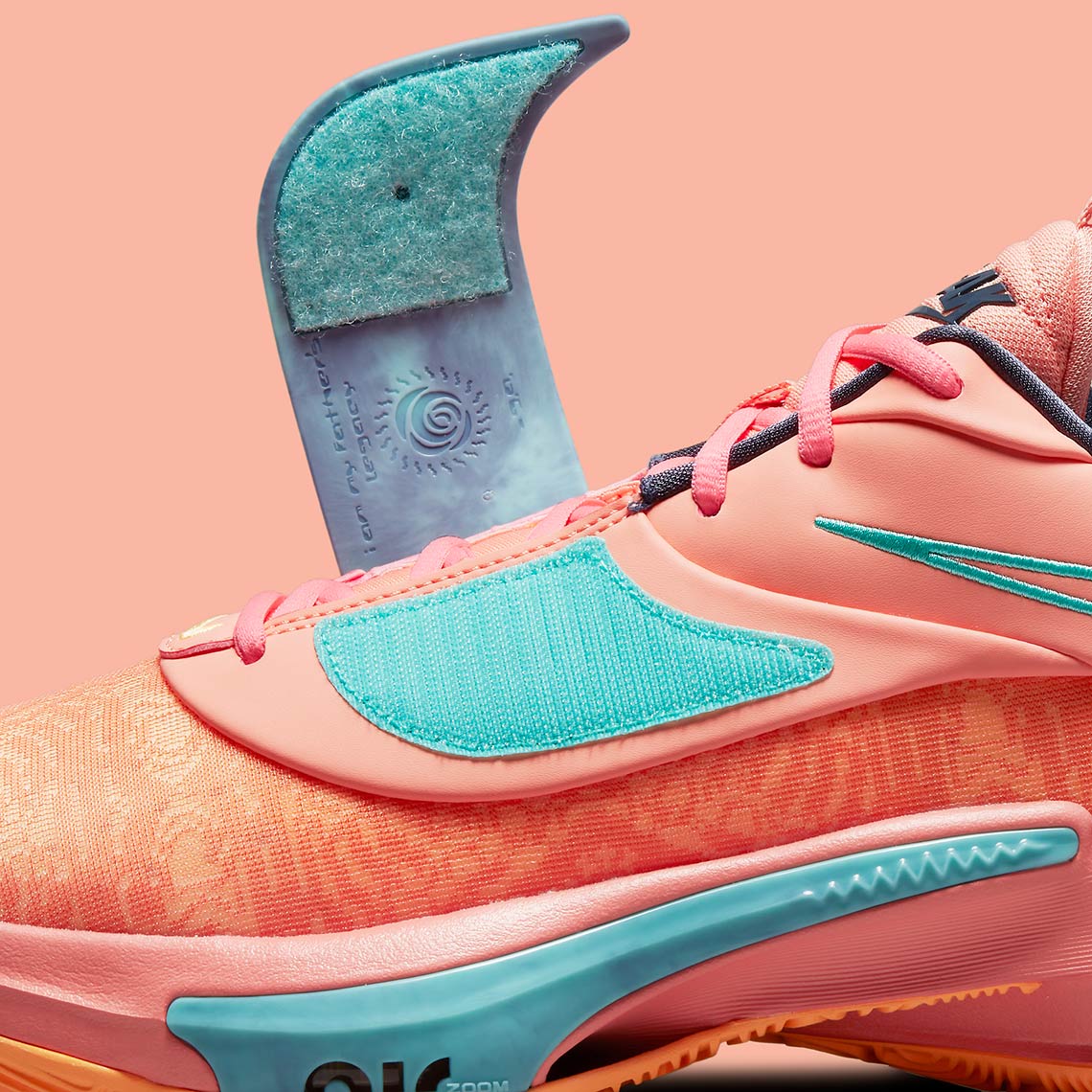 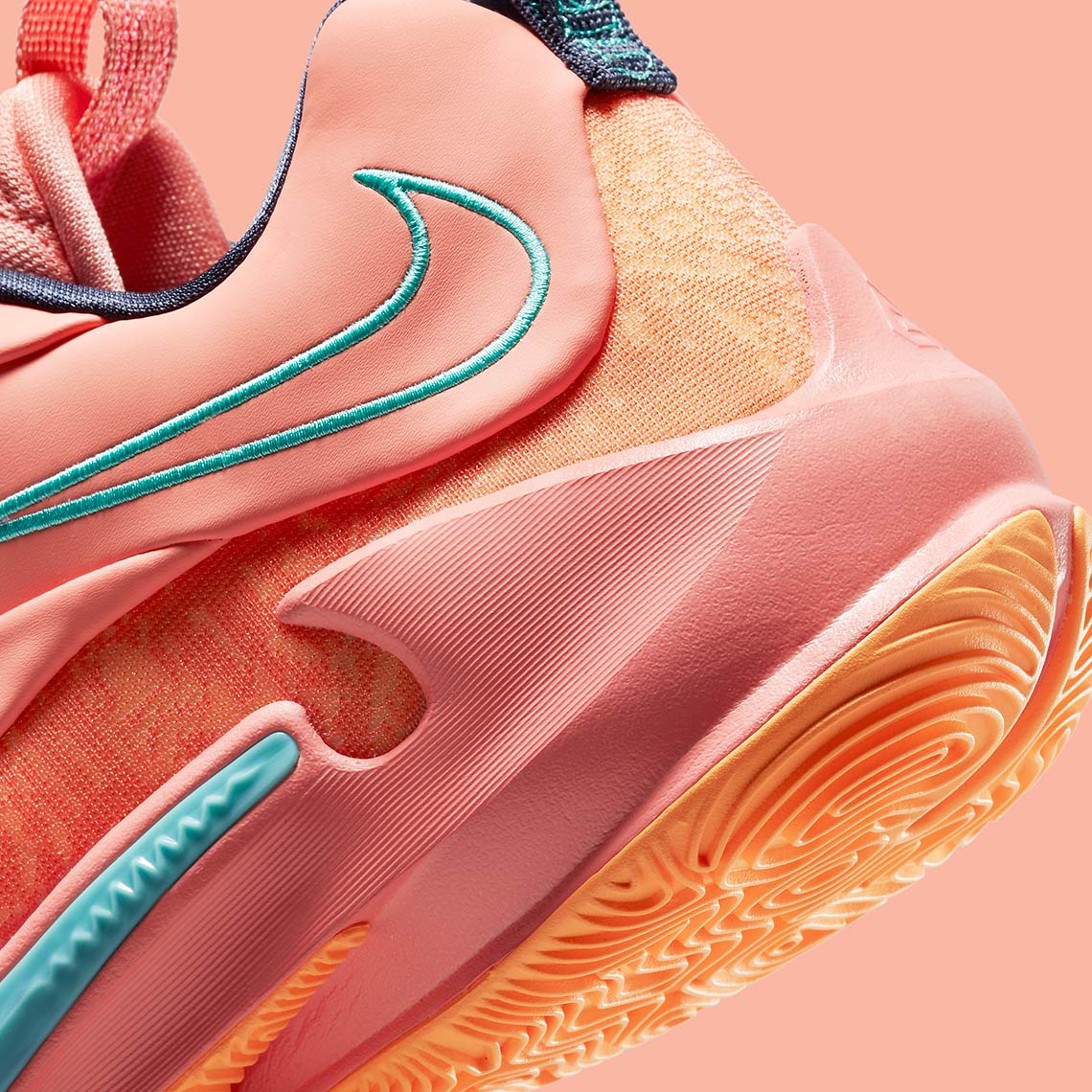