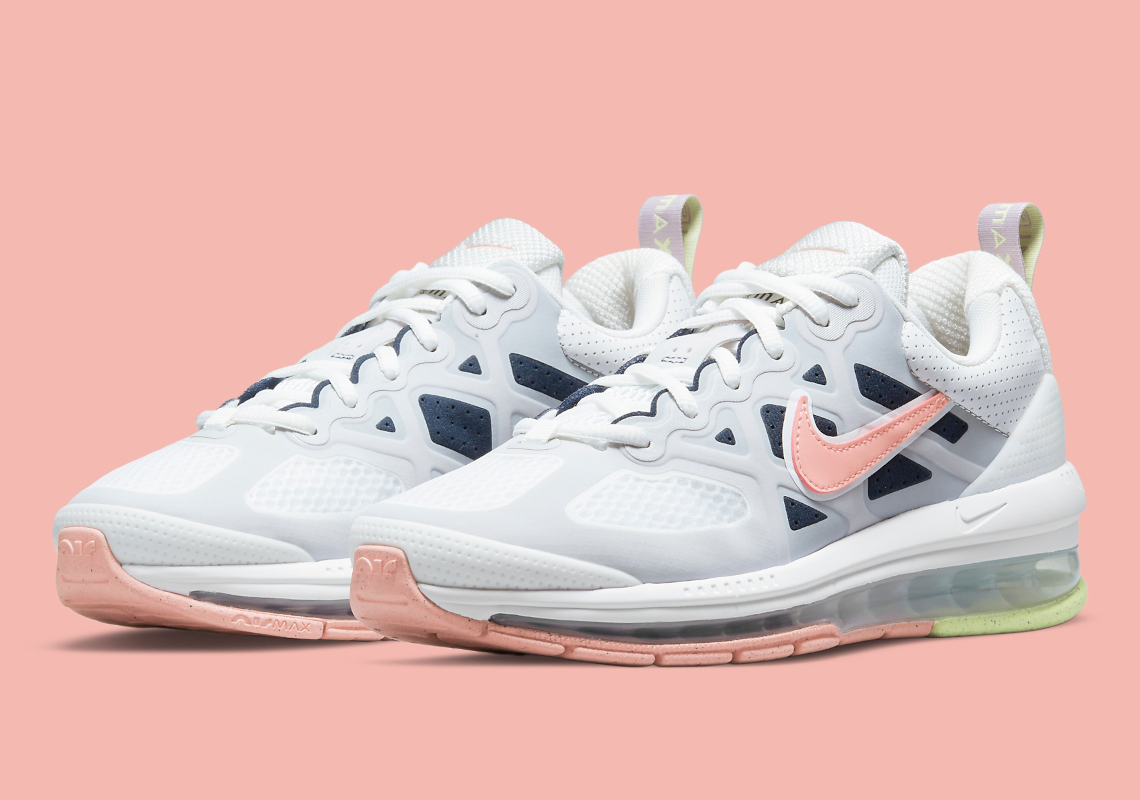 Among Nike Sportswear’s newer propositions, the Nike Air Max Genome quickly become a fan-favorite thanks in large part to its equal-parts heritage and modern design. For its latest ensemble, the model has delivered women a predominantly unassuming colorway, complete with pink and green accents scattered throughout.

Akin to some of the silhouette’s inaugural styles, the newly-surfaced pair indulges in a mostly white, off-white and grey arrangement. The mesh, perforated leather and synthetic panels that make up the entirety of the sneakers’ top-halves are complemented by a South Florida-appropriate rose tone that animates both profiles’ swoosh logos. Underfoot, the Air Max unit is accompanied by a tread pattern partly-clad in the aforementioned faint neon hues; detailing art the heel also indulges in the statement-making color combination, while not detracting too much from the shoes’ overall clean look.

No official Nike.com release date has been disclosed, but this women’s Air Max Genome is likely to quietly arrive in the coming weeks. In any case, enjoy images of the pair ahead.

Elsewhere in the Swoosh empire, the Air Force 1 High has recently emerged in a number of strapless styles. 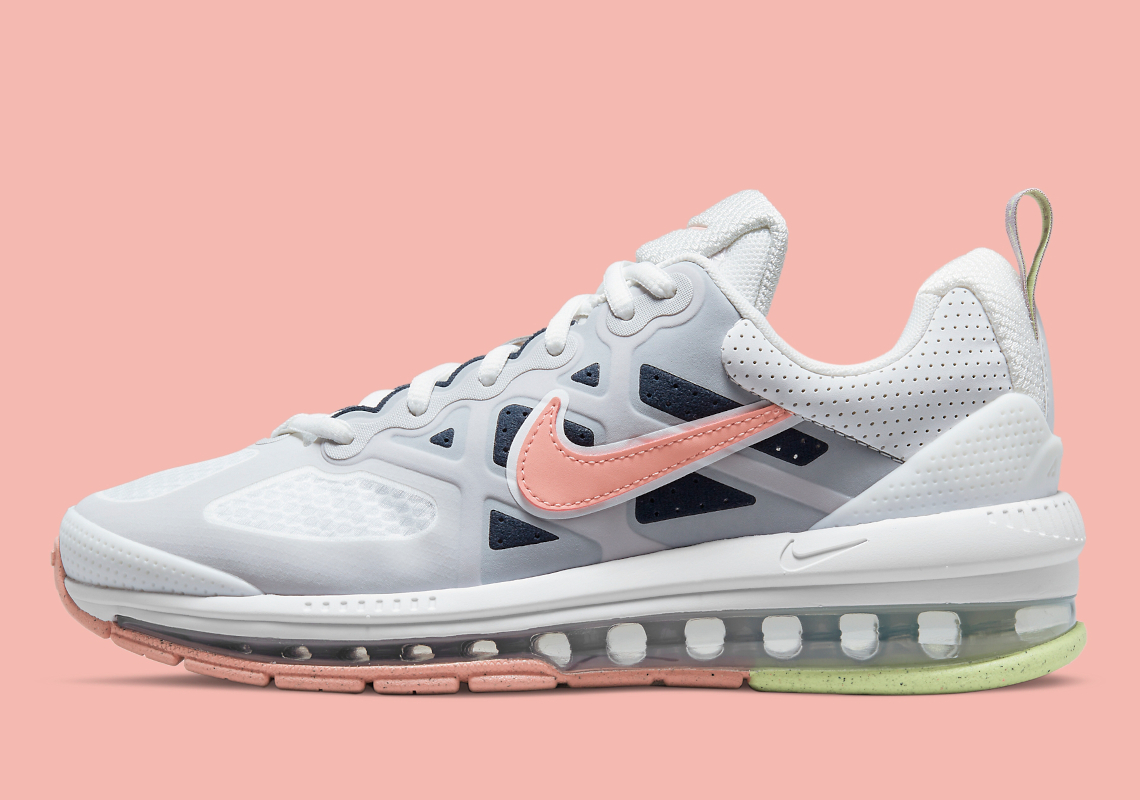 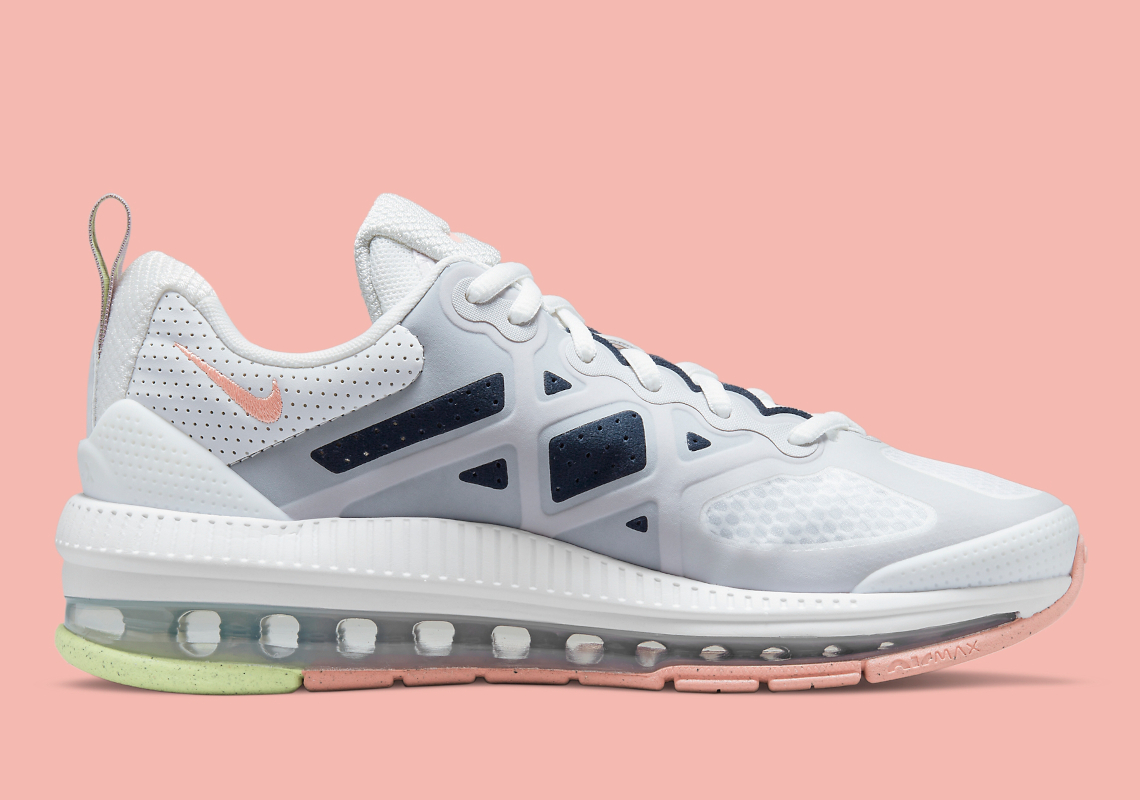 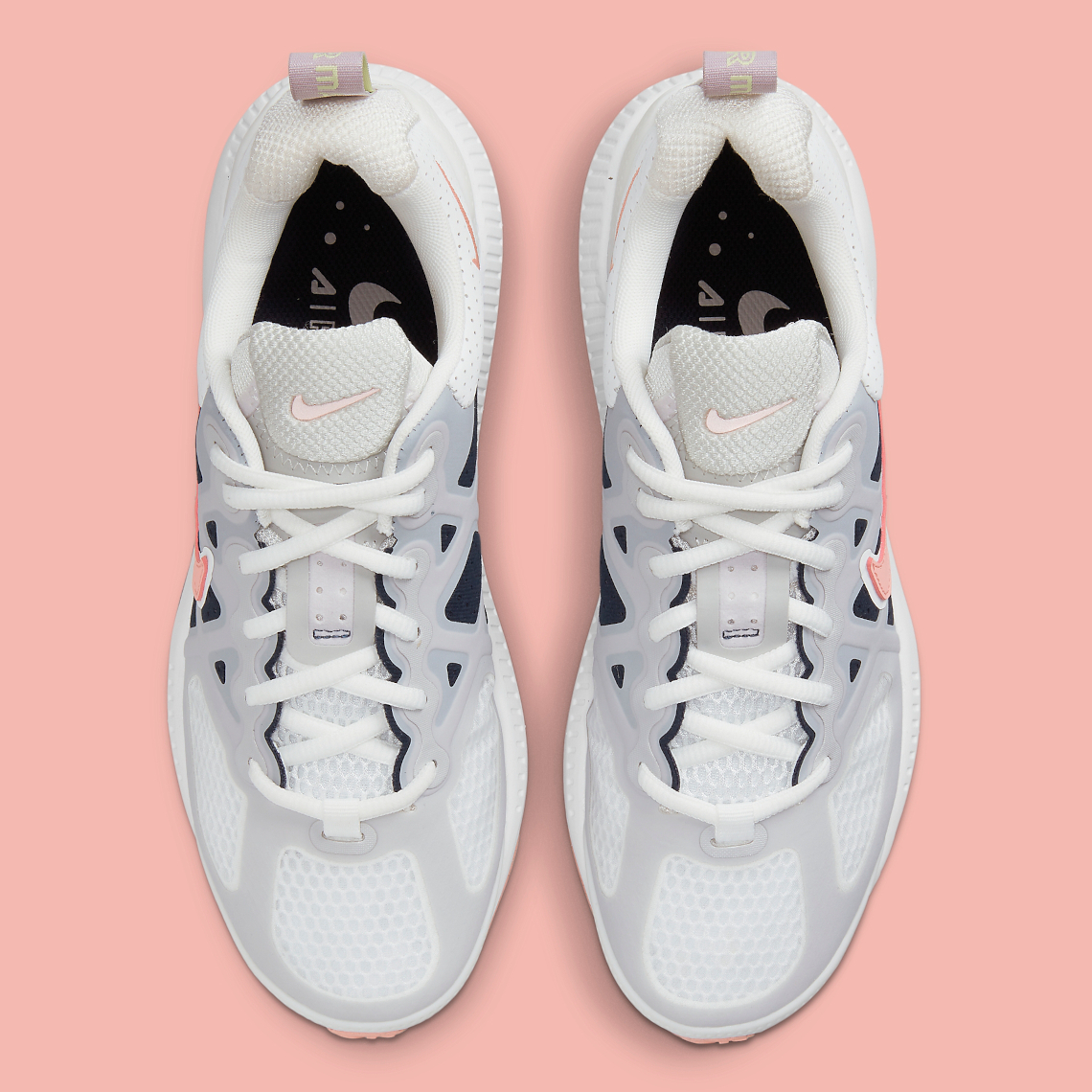 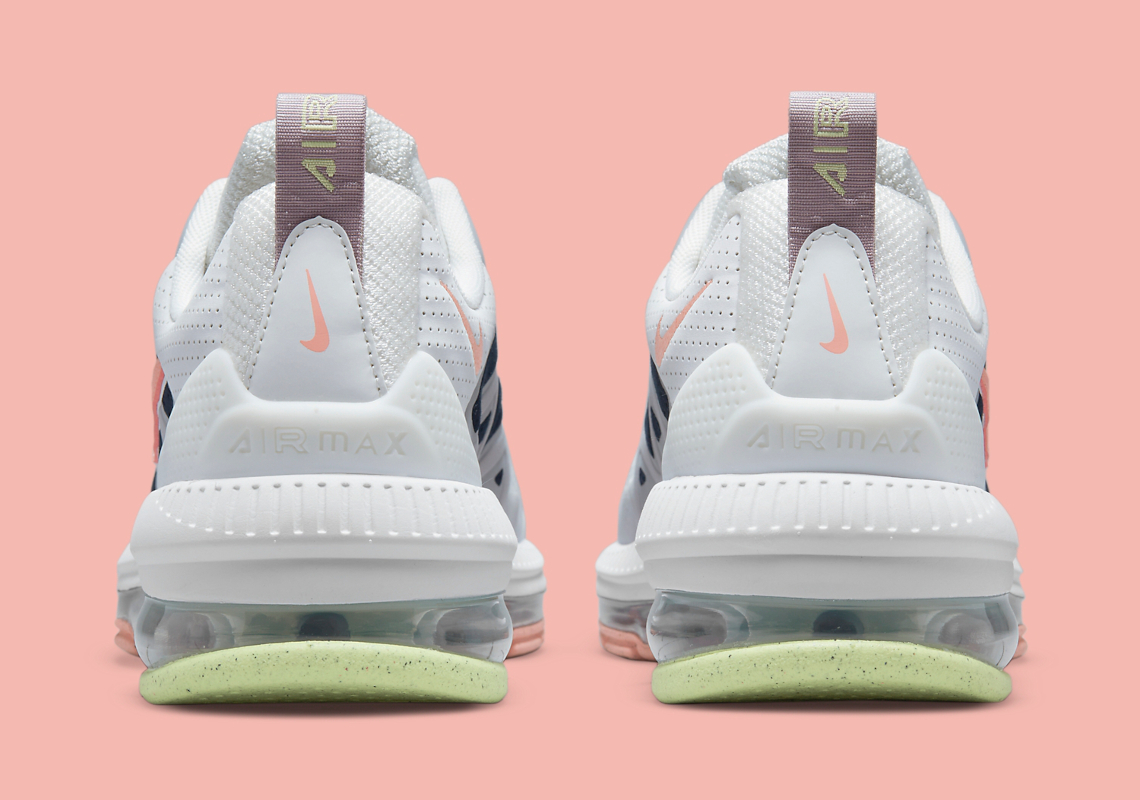 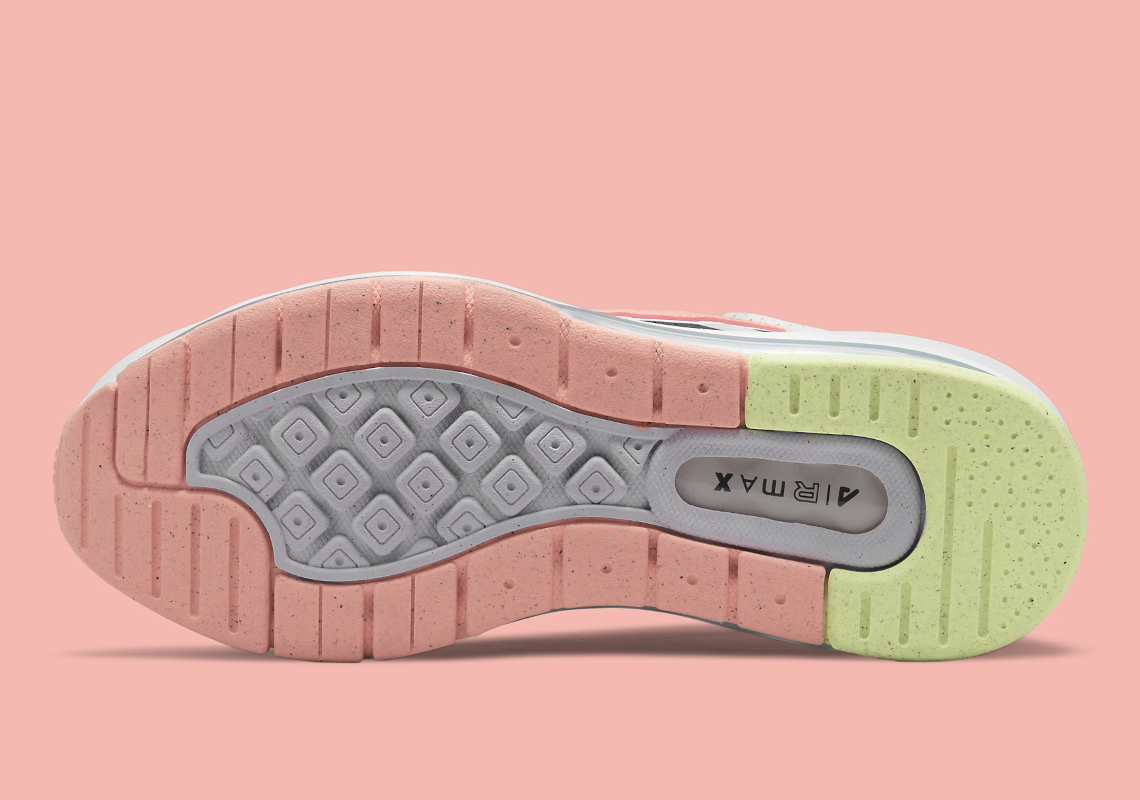 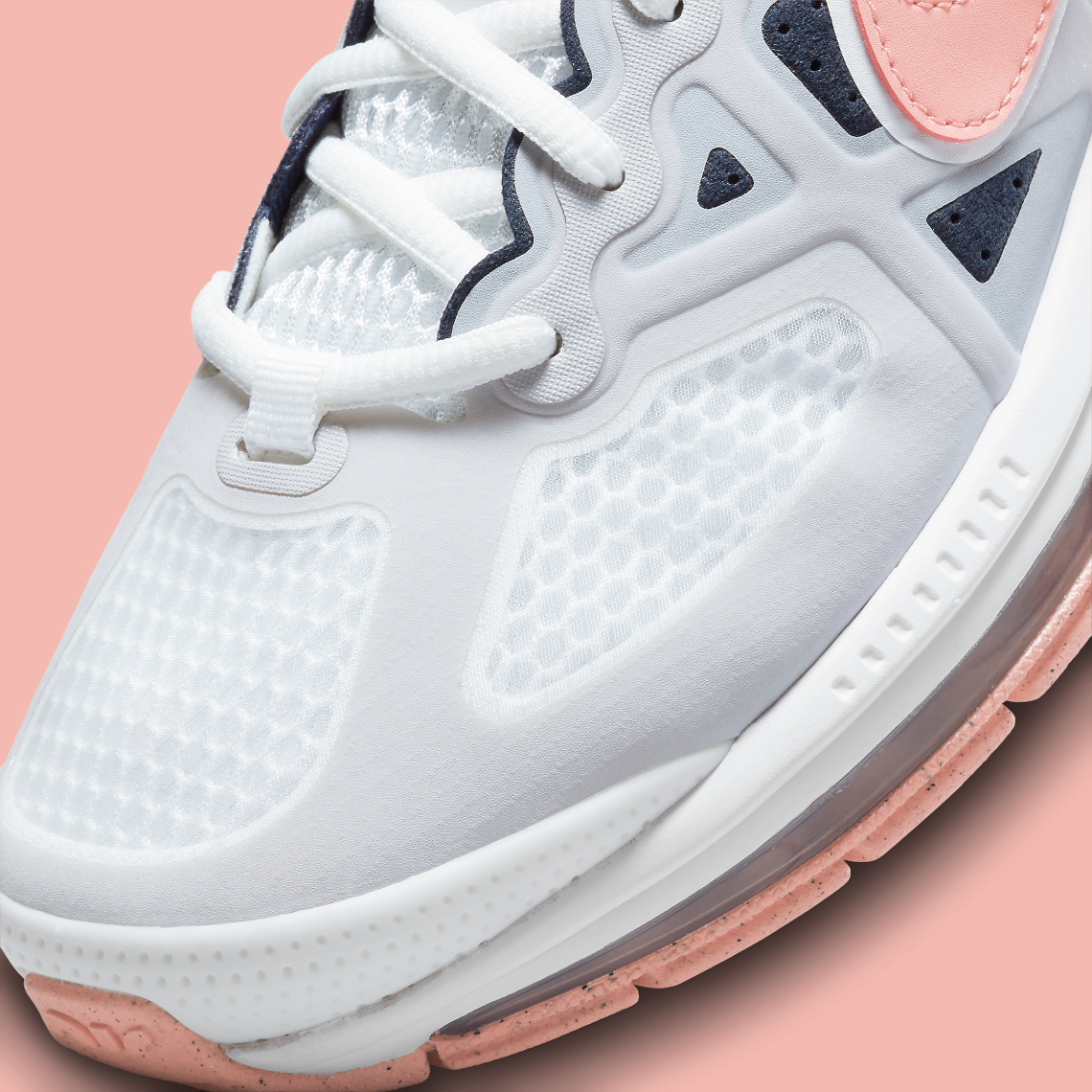 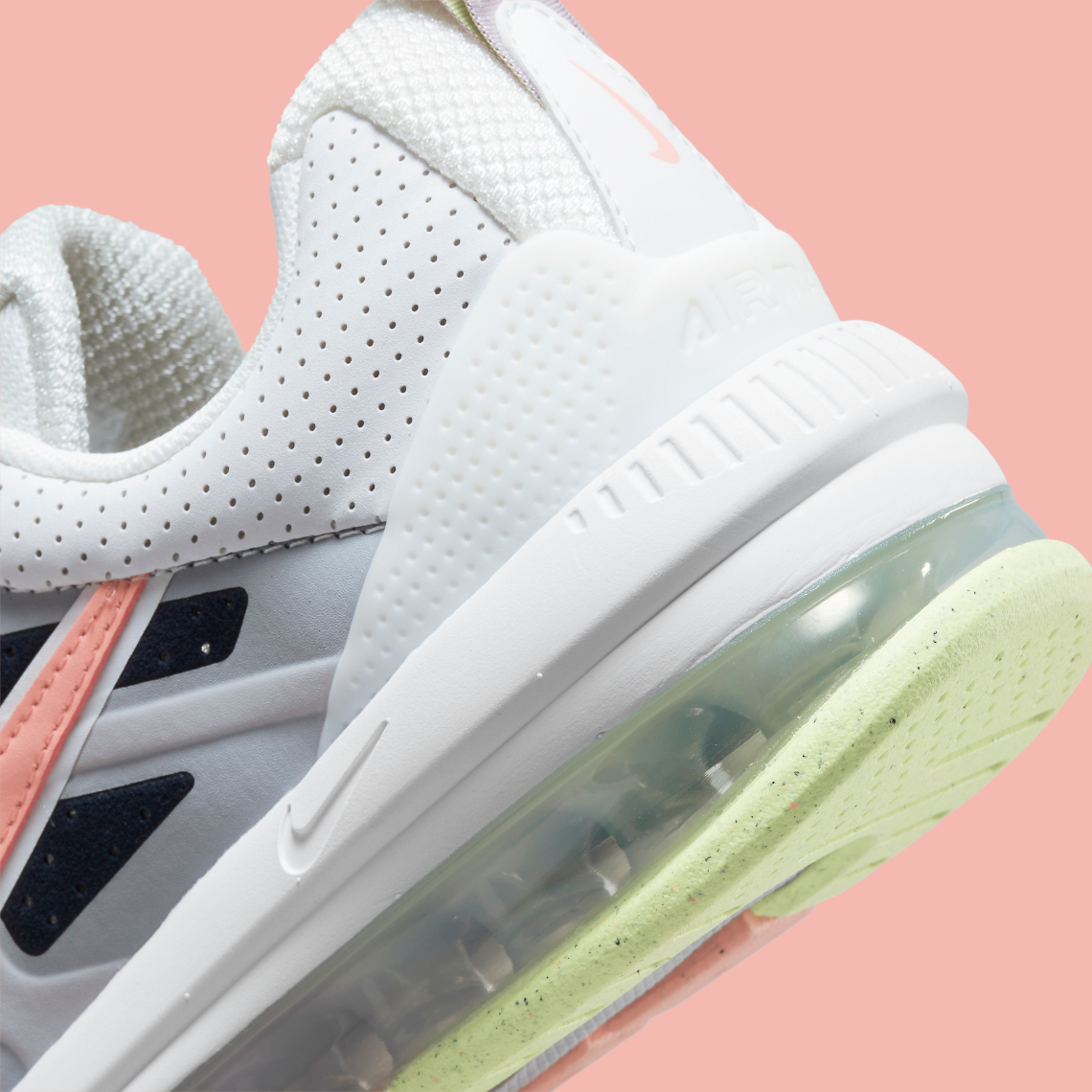 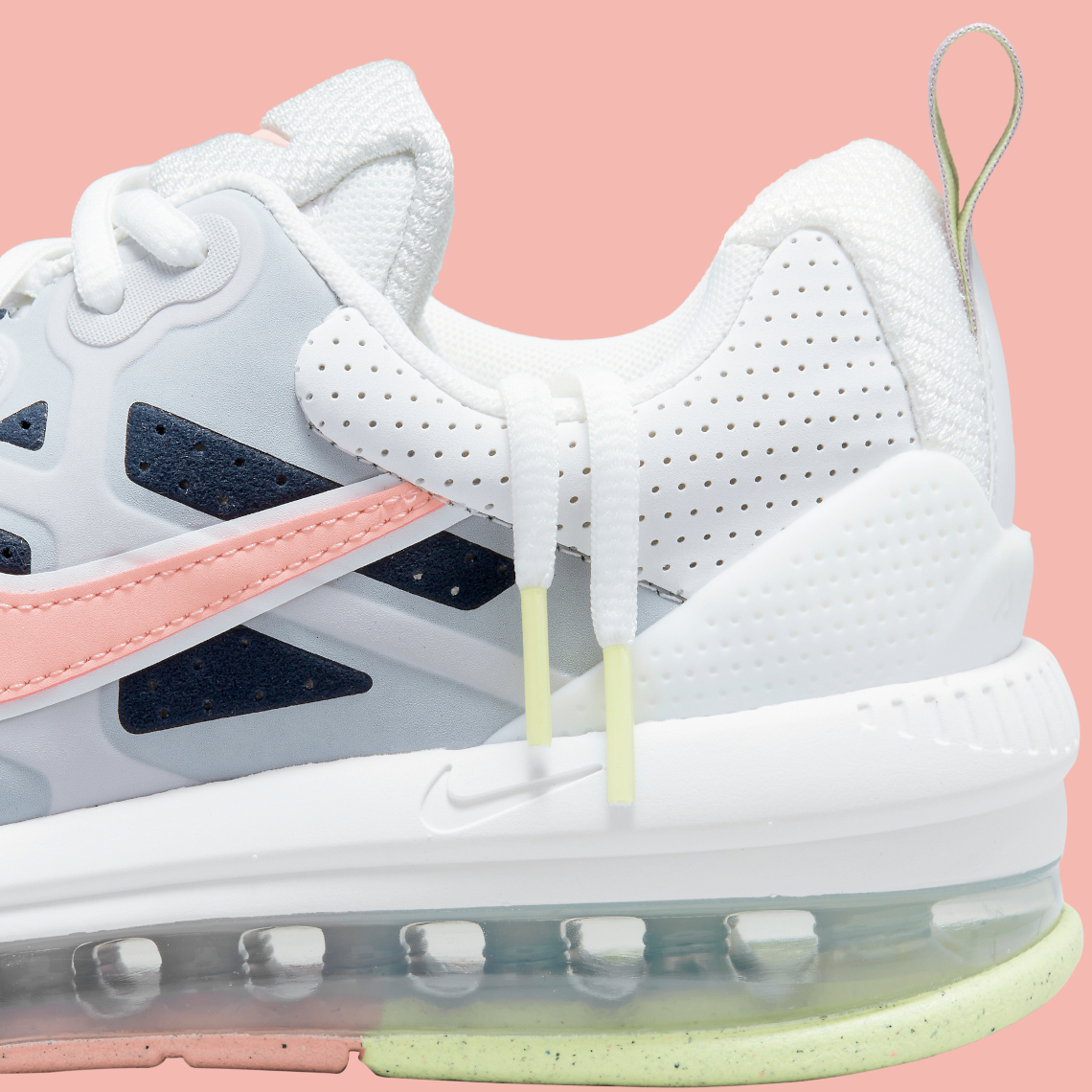