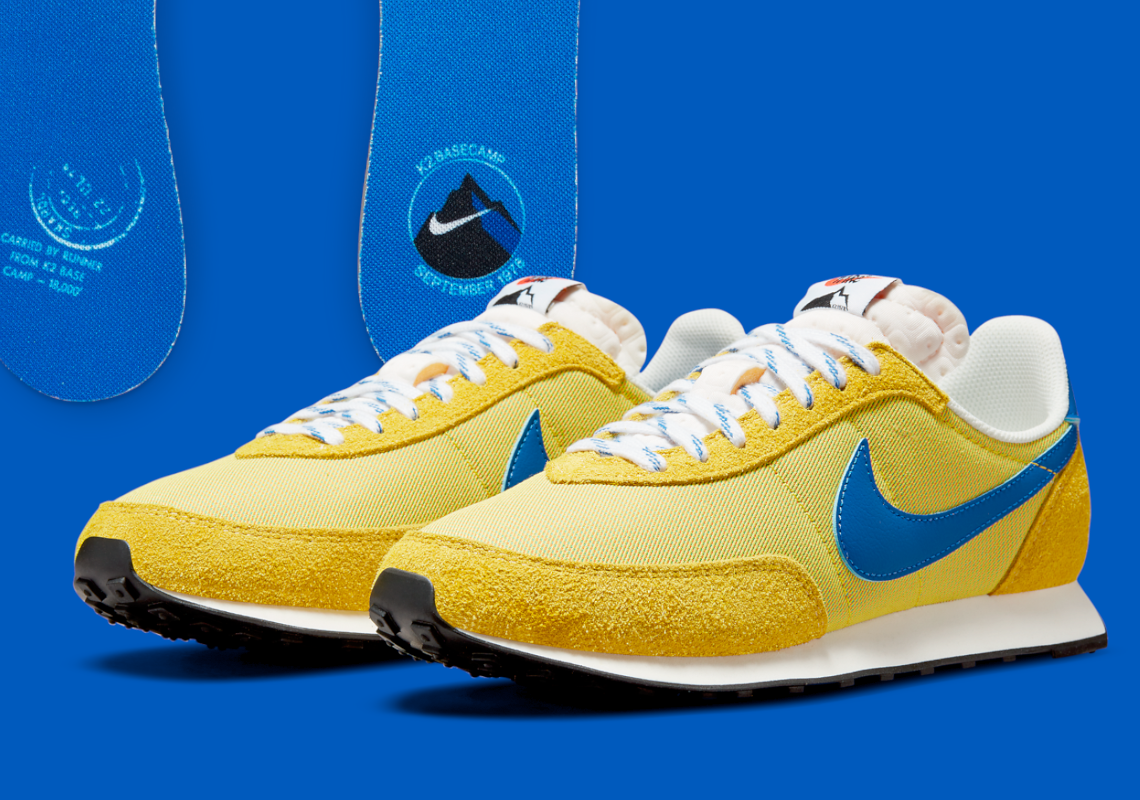 Throughout its 57-year existence, NIKE, Inc. has been part of history. For its latest Nike Waffle Trainer II, the conglomerate has paid homage to the first American ascent of K2.

At the time Jim Whittaker and crew summited “Savage Mountain” on the Pakistan-China border, the Swoosh was only 14 years old. Yet, the company had made waves within the performance-footwear space via its innovative waffle-patterned outsoles. Prior to September 1978, Nike hadn’t released hiking boots, but one of its running propositions was worn by Rick Ridgeway and John Roskelley – two of the four Americans who made history on “Dapsang” or “Chogori” – at the base camp of the towering 28,251 feet mountain. The pair in question (which may be the LDV) boasted a vibrant yellow and royal blue color combination that made a statement only bested by the ascent of K2.

To commemorate the moment, a newly-surfaced Waffle Trainer II has borrowed not only the “Yellow Strike/Hyper Royal/Saturn Gold” colorway and color-blocking, but has also introduced special detailing. Mountain graphics appear on the tongue label, while stamp-like logos on the sock-liners directly reference the historic achievement. Lastly, the latter half of the “NIKE” text on the heel is superimposed by “K2” lettering, further nodding to the gargantuan site.

Enjoy official images of the pair and an original Nike ad referencing Ridgeway and Roskelley here below. No Nike.com release date has been disclosed, but that’s likely to change soon.

Elsewhere under the Swoosh umbrella, the Air Max Plus has recently appeared in a handful of compelling styles. 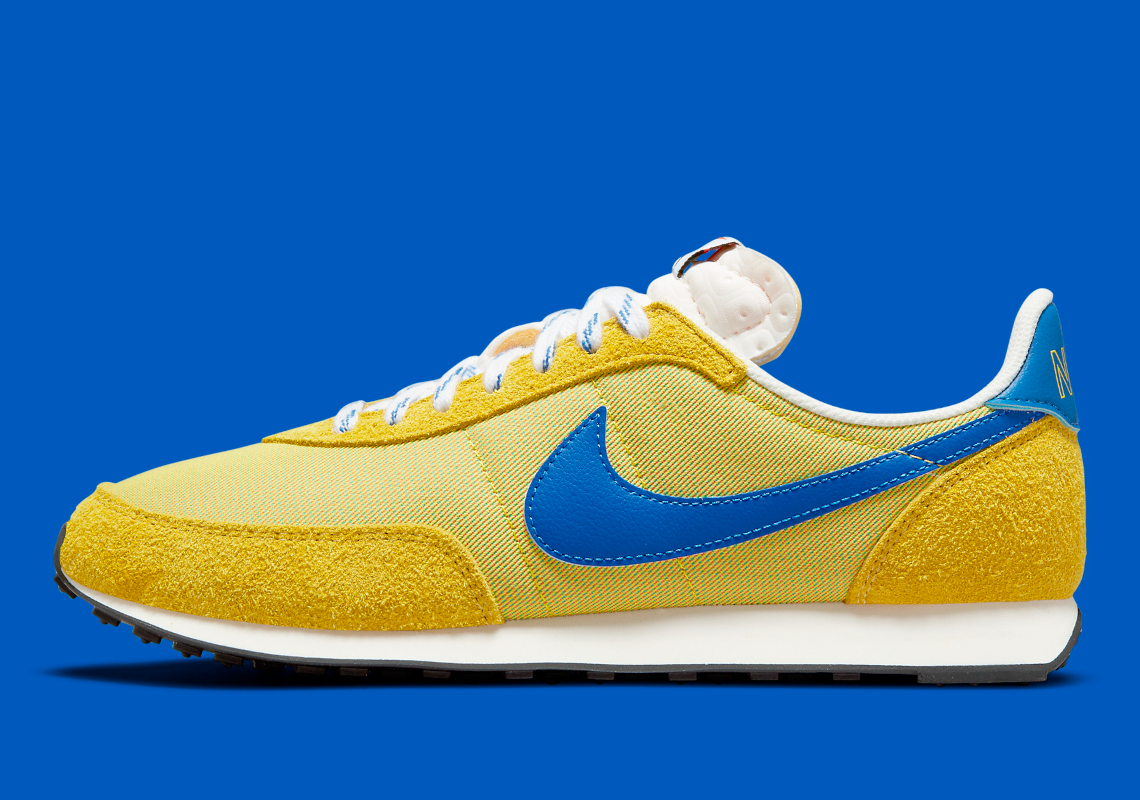 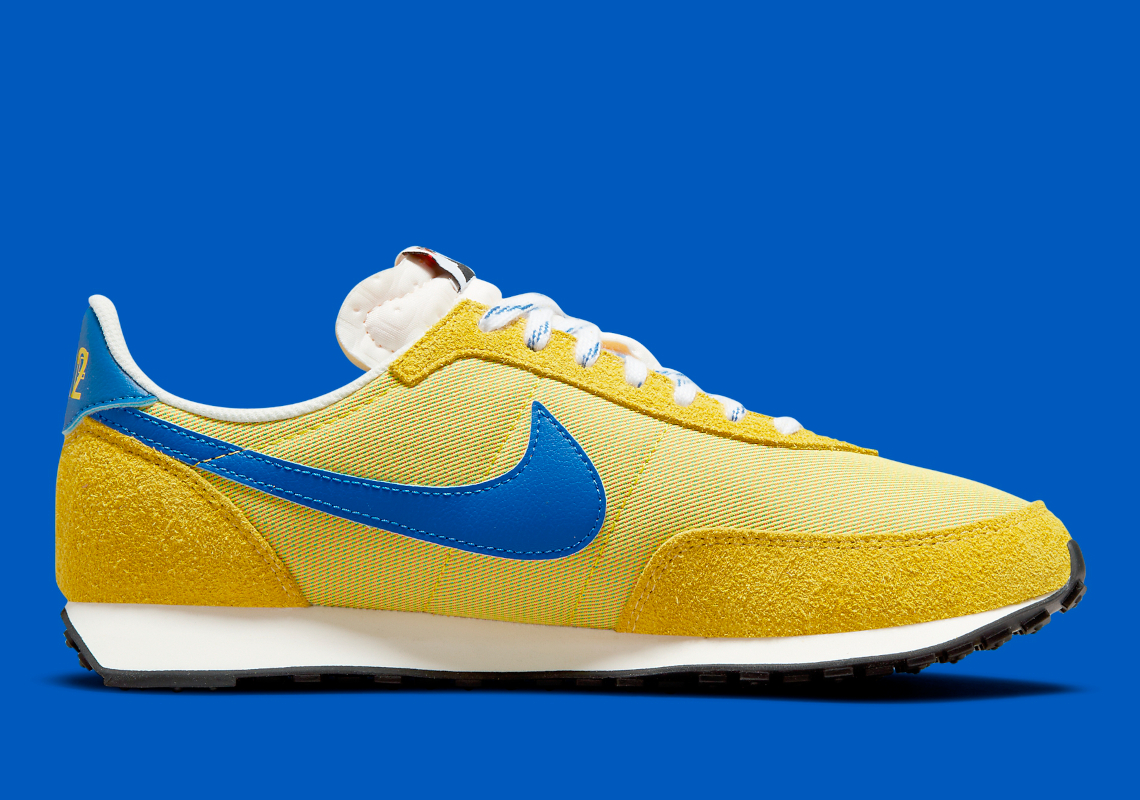 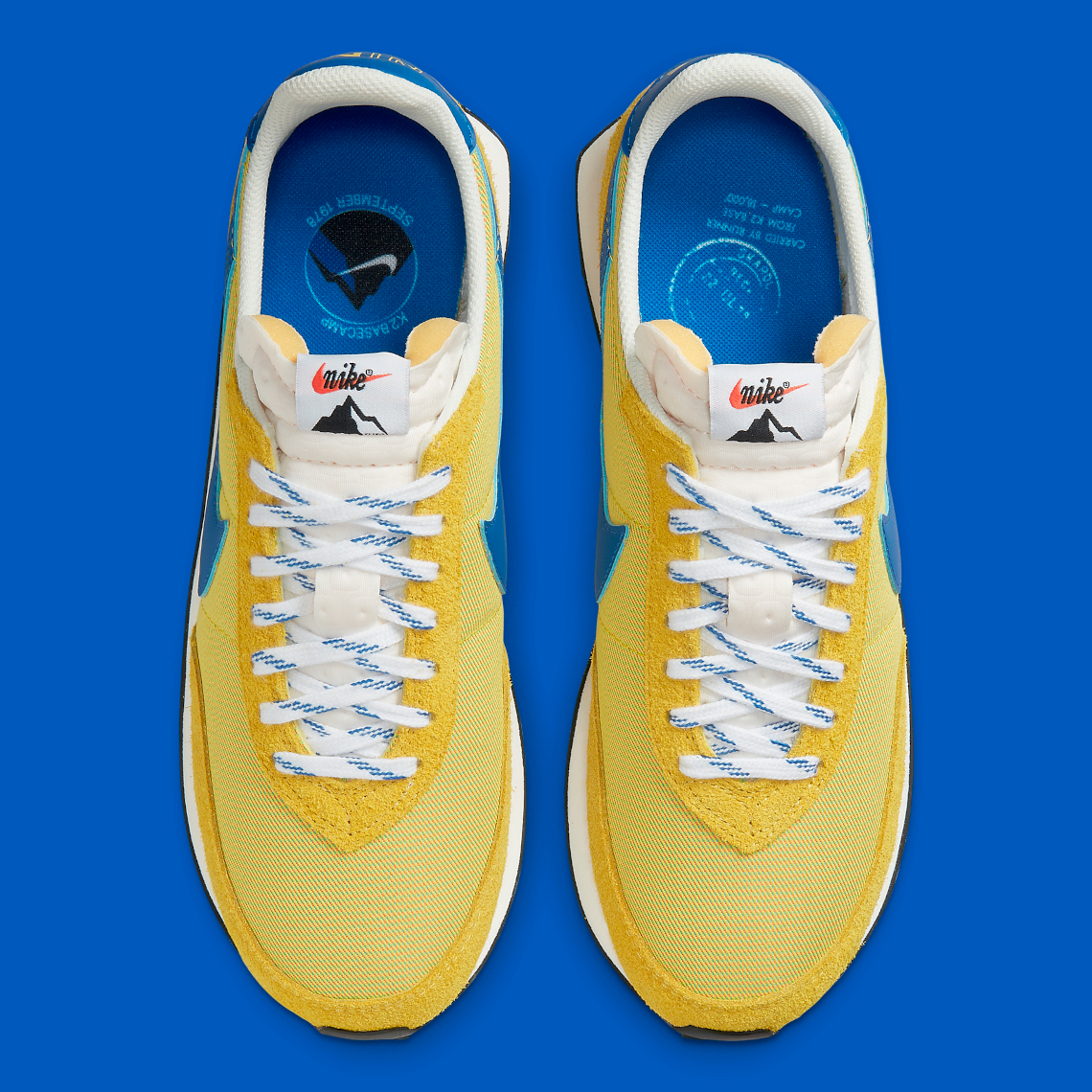 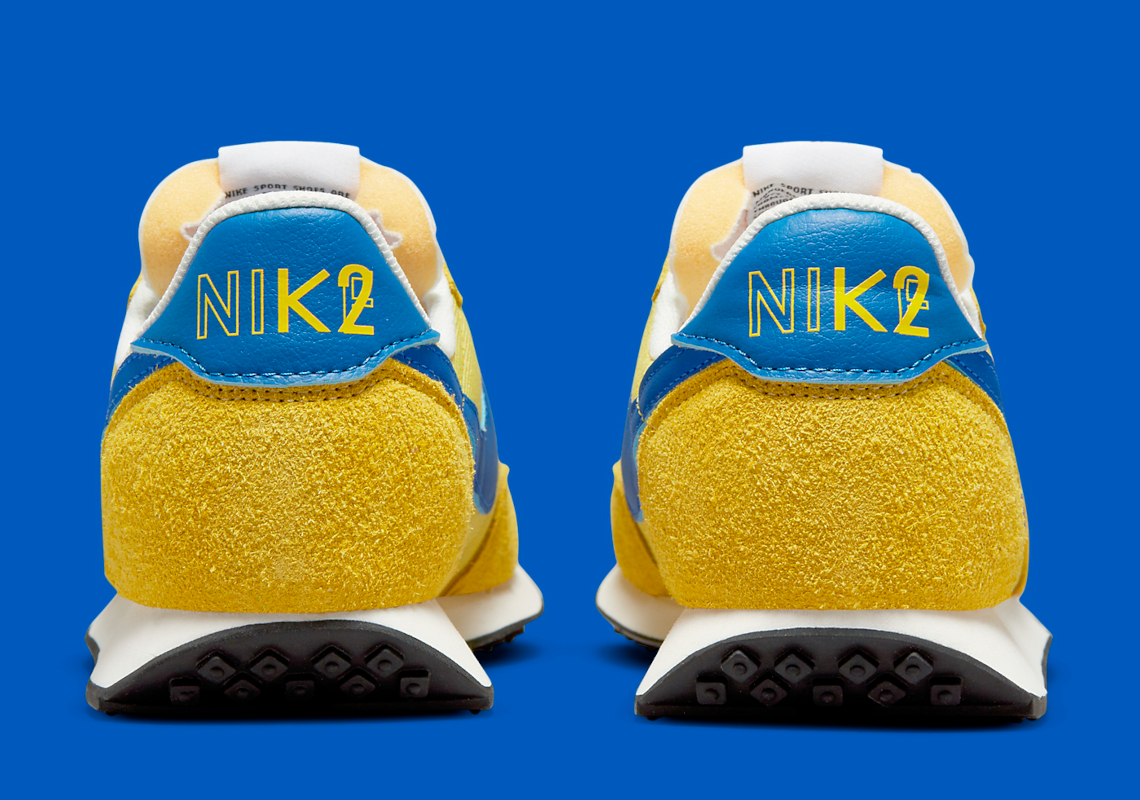 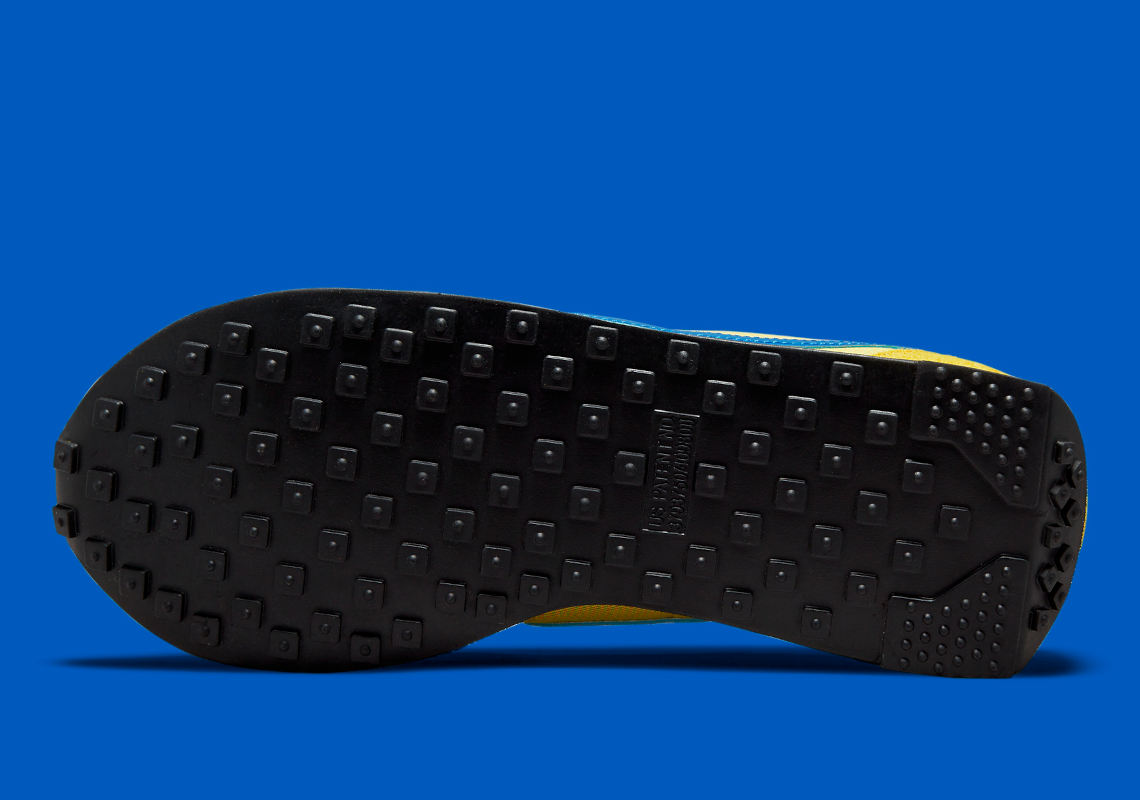 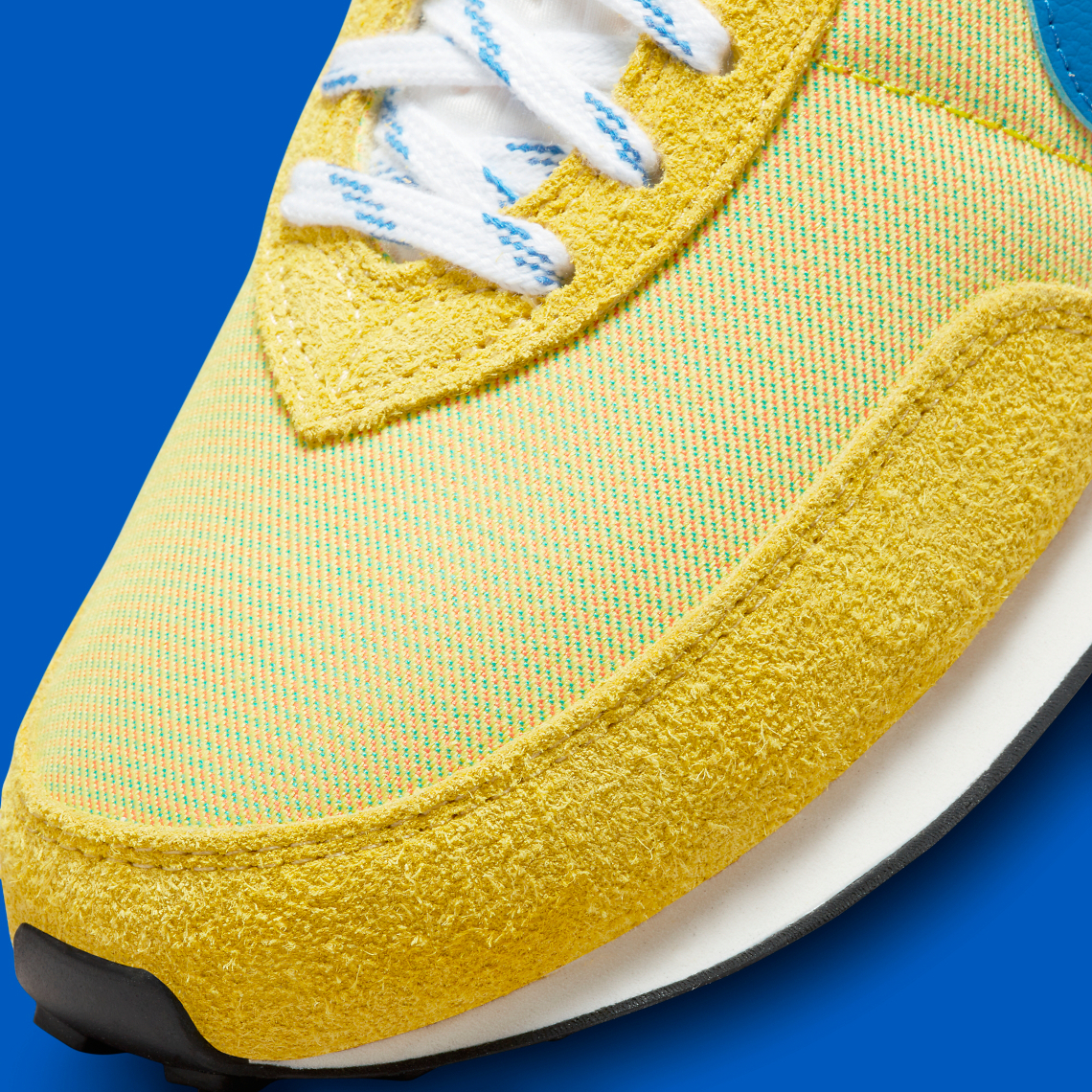 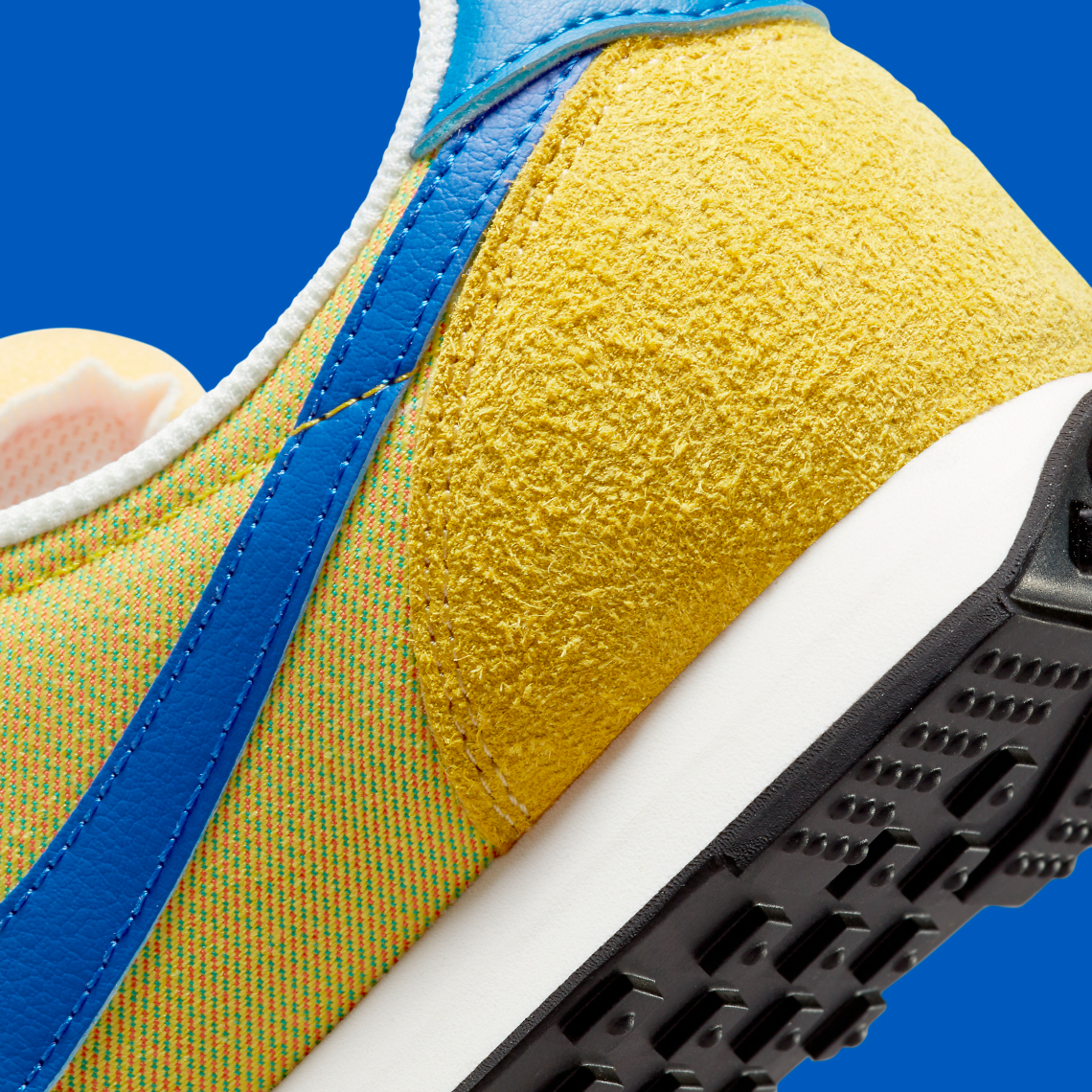 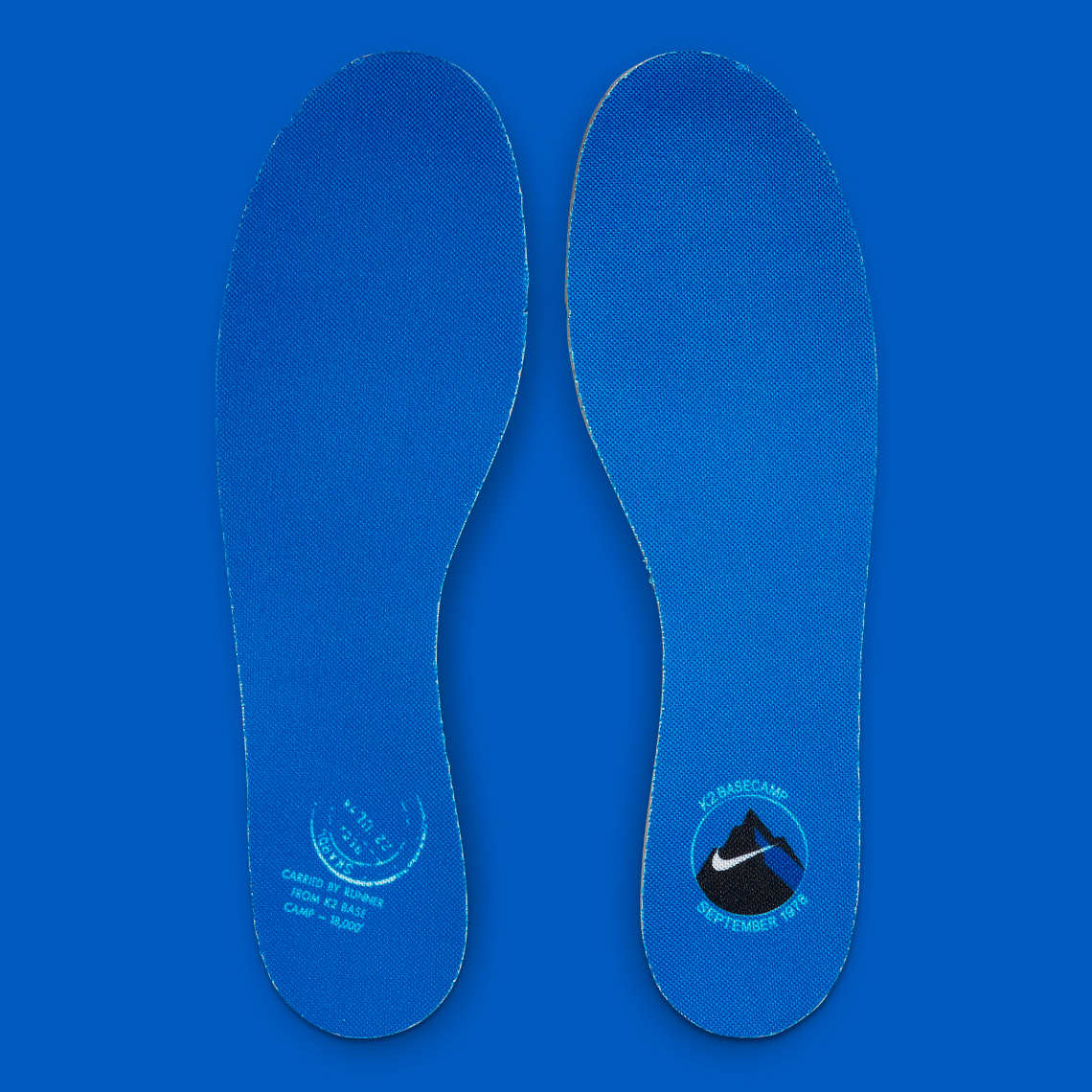