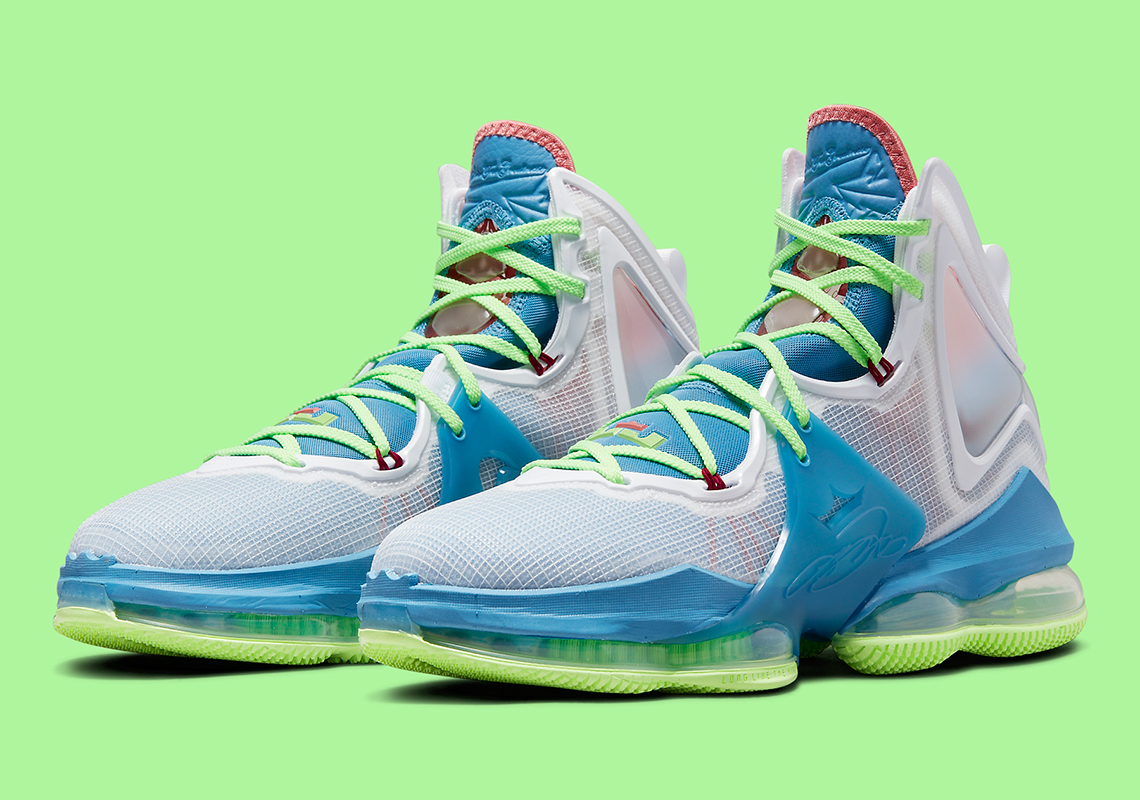 Joining the ever-growing assortment of Nike LeBron 19 colorways is this multi-colored take that ushers in Dutch Blue, Pomegranate, and Lime Glow. Certainly among the more vividly presented LeBron 19s yet, this upcoming release has just a bit of a South Beach flair due to the blue structure and the accents of pomegranate on the lining, logos, and internal Flywire cables. Lime Glow on the laces and outsole adds in a brand new element, as does the white exoskeleton that covers the interior bootie. Hinting at a tropical theme is the small illustration at the heel that depicts what appears to be a palm tree under the sun.

Although some retailers have a release date marked at October 22nd (in full family sizes, no less), it’s likely that these are dropping at a later, indefinite date as the Nike LeBron 19 has yet to touch down on US soil with an Asia release likely going down first. In the meantime, enjoy this gallery of official images and stay tuned for release updates. 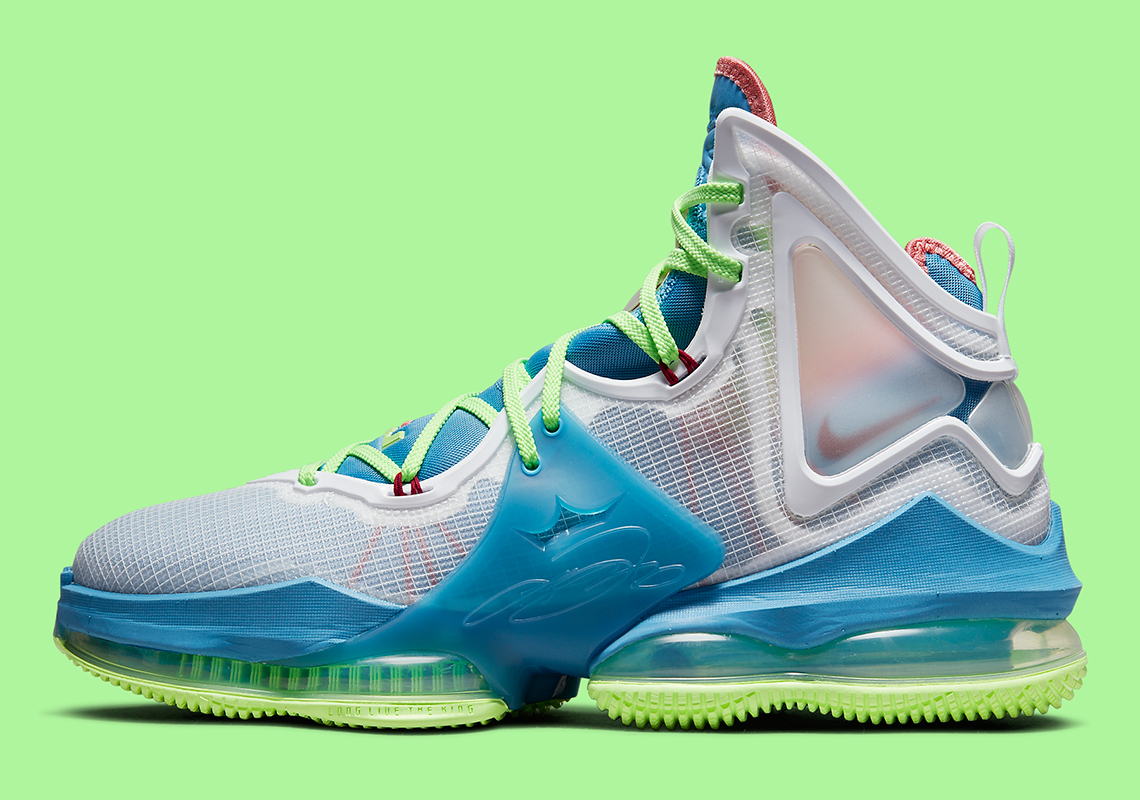 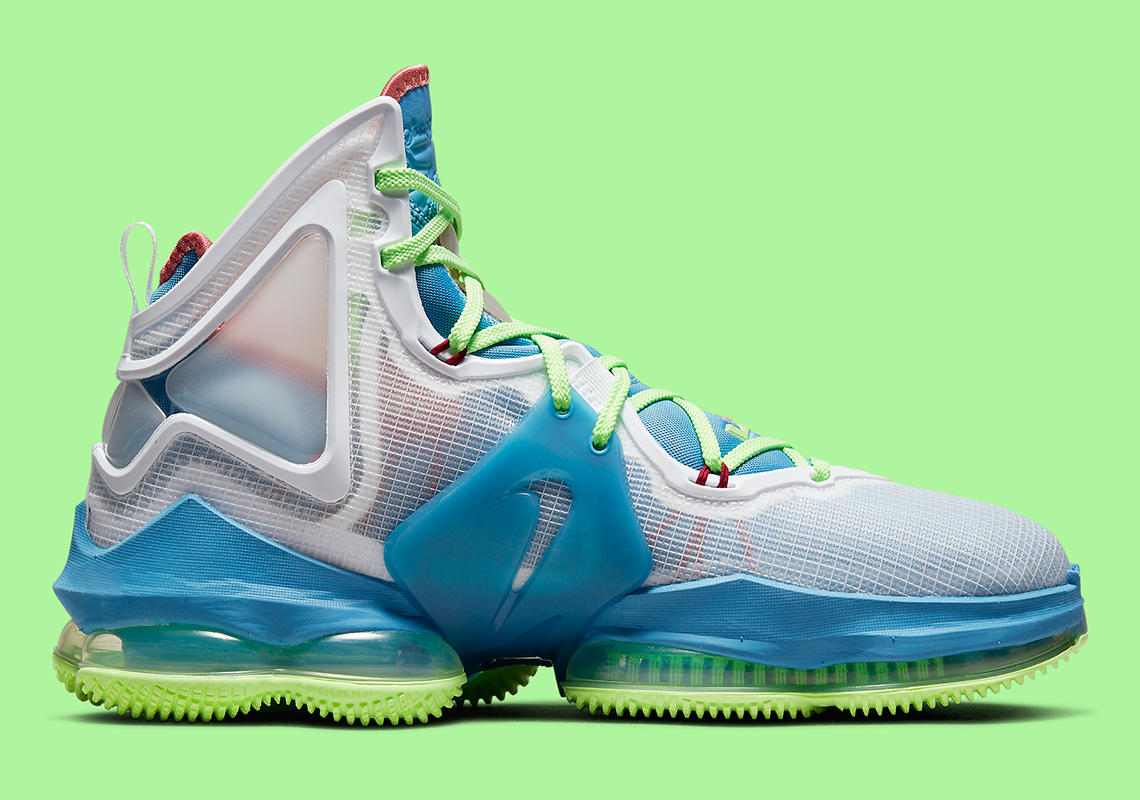 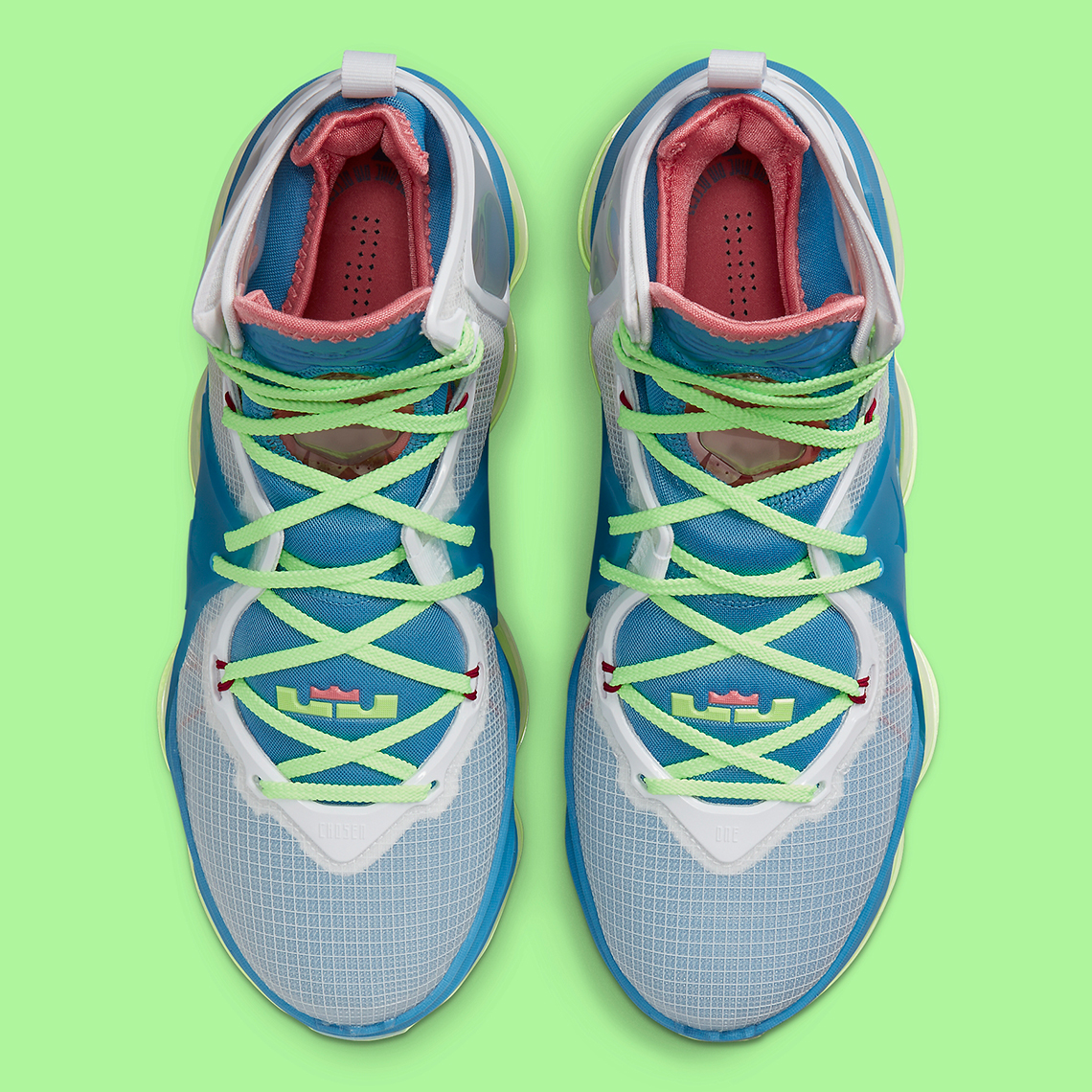 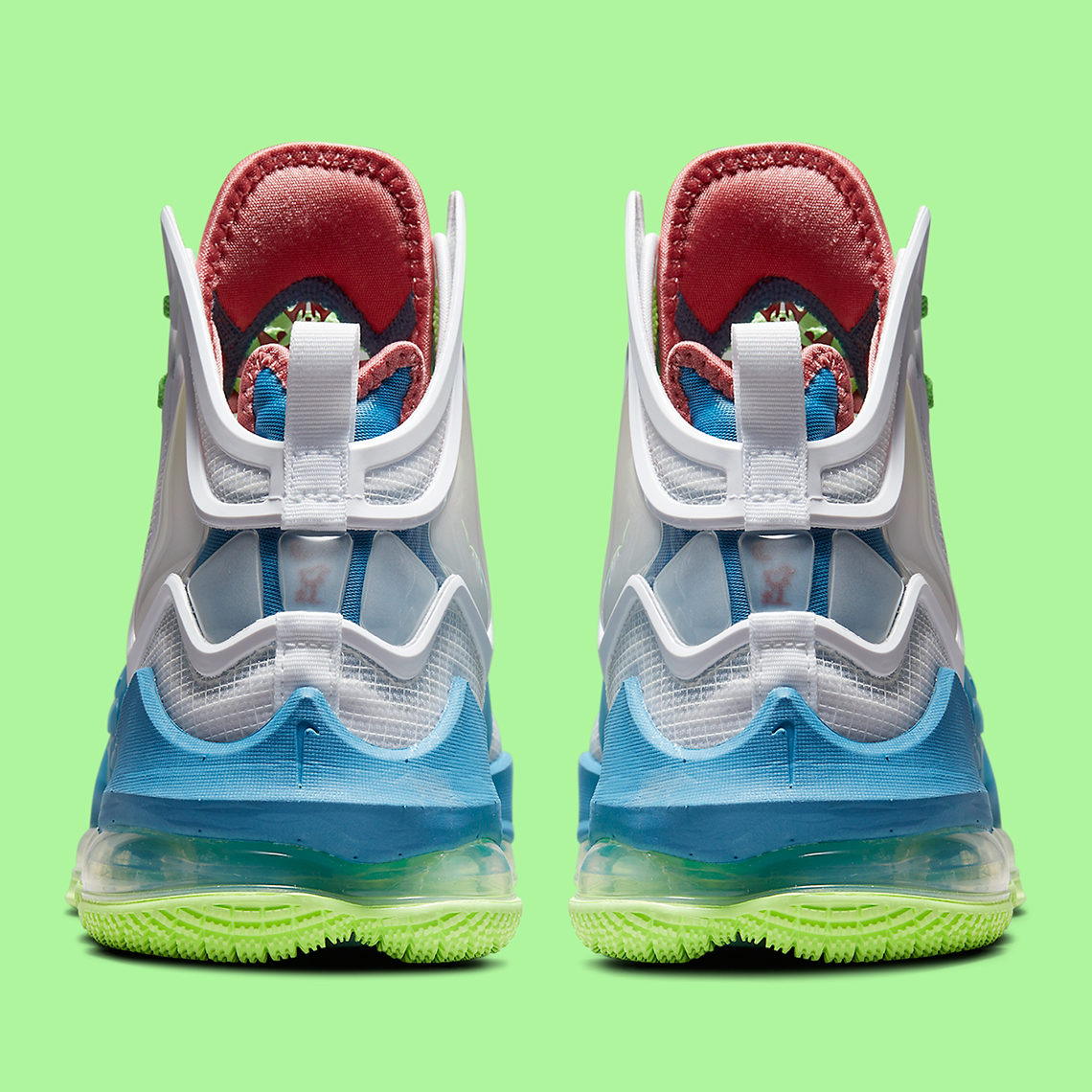 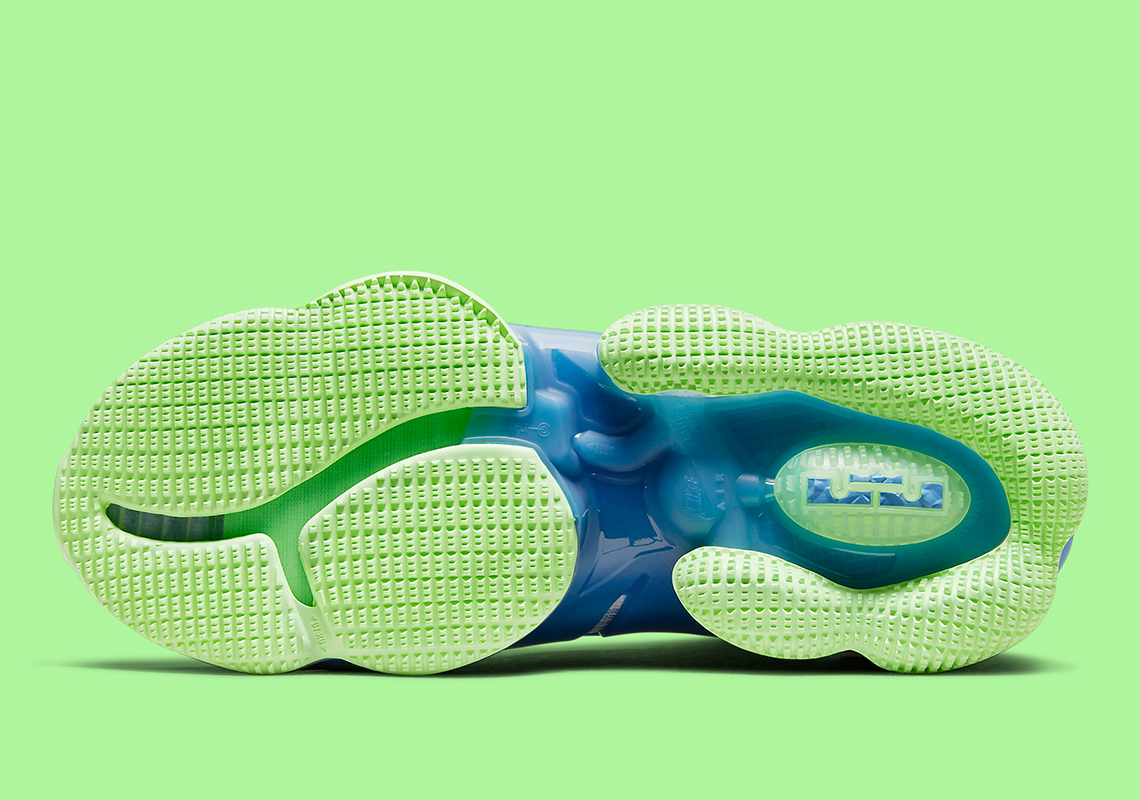 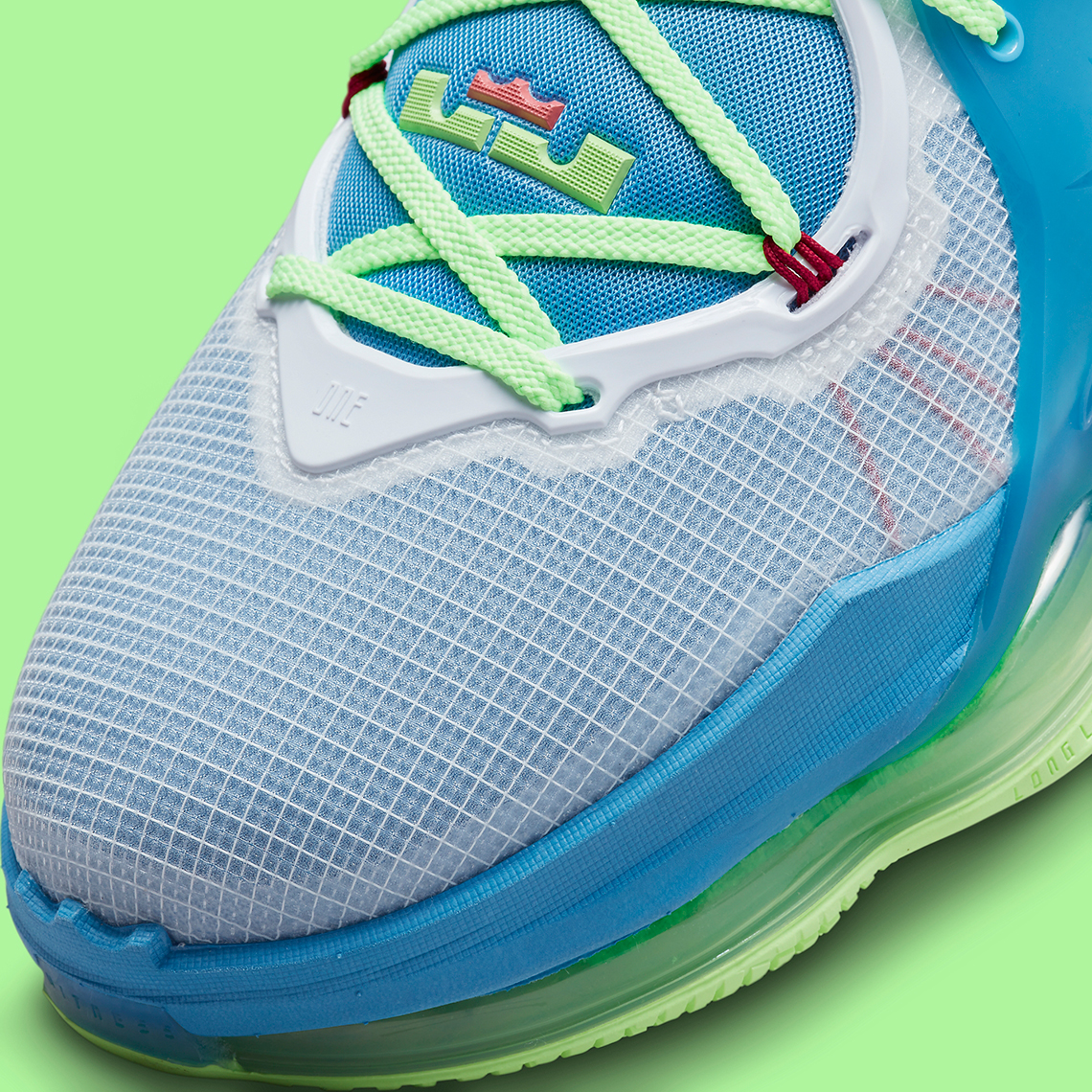 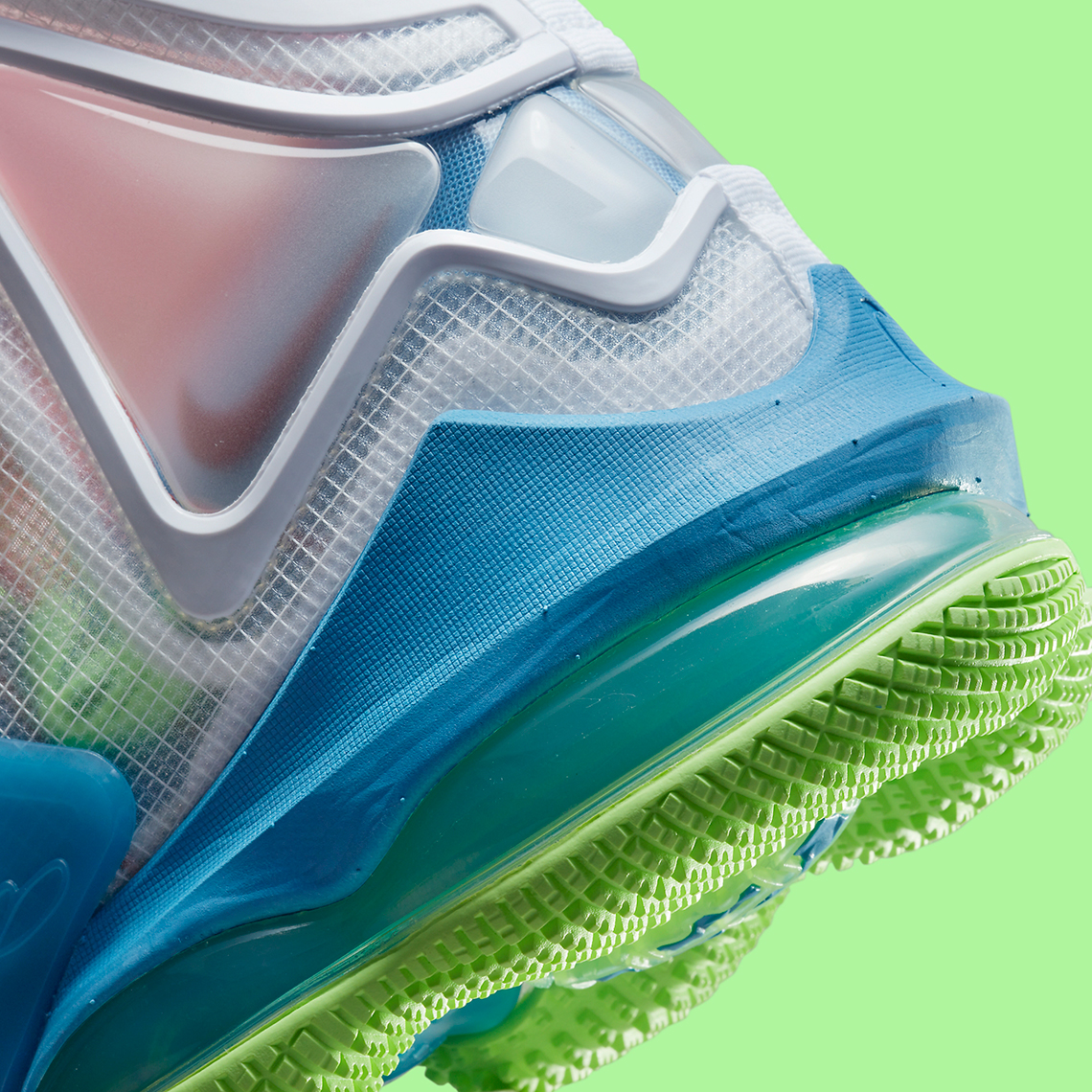