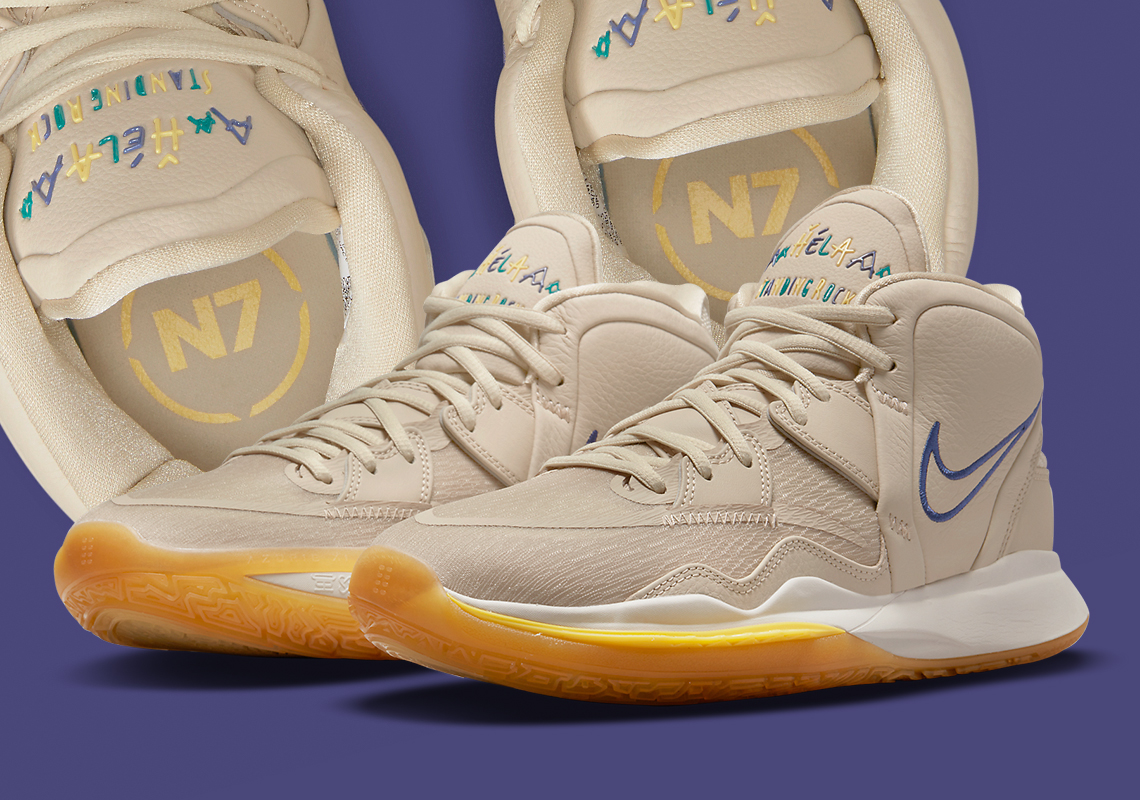 Kyrie Irving’s never been one to shy away from what he feels is true to himself. While we applaud anyone of Kyrie’s status and stature for sticking up for what one feels is right, the 2021 offseason has undoubtedly been a rocky one for the Nets star. Aside from his stance of vaccinations and his potential absence from the entire 2021-2022 season, he stirred up a lot of controversy and criticism for openly deriding his own upcoming signature shoe – the Nike Kyrie 8. Claiming to have no involvement with the design or marketing of his upcoming shoe, Kyrie dragged his own product, only to issue a PR-friendly follow-up statement days later.

Regardless of how Kyrie feels about his shoes, or about vaccines in general, it appears that Nike is moving forward as scheduled with Nike Kyrie 8 releases. While a few colorways have already revealed themselves, today we’re getting a first look at official images of the model in the annual N7 colorway. Featuring a largely monochromatic tan upper with both leather and mesh-like uppers, this special edition honors the Standing Rock Sioux tribe and calls out the hoopster’s Lakota name of Hela. The N7 logo appears on both the heel and the insoles of the shoes as well.

A further look at the outsole reveals a figure-8 cut-out at the heel that reveals the Zoom Air cushioning within. The updated traction sees an arrangement similar to that of the Kyrie 7, while his insignia sits right at the midfoot.

Currently, inline colorway of the Nike Kyrie 8 are scheduled to release on October 28th, although those dates are likely postponed. A release for the Kyrie 8 N7 has not yet been confirmed either. An official announcement for the Kyrie 8 is likely to come soon, or given the controversy around Kyrie’s anti-vaxx positions as well as his own criticisms of the shoes, Nike could possibly let a release happen quietly without any official press announcements. 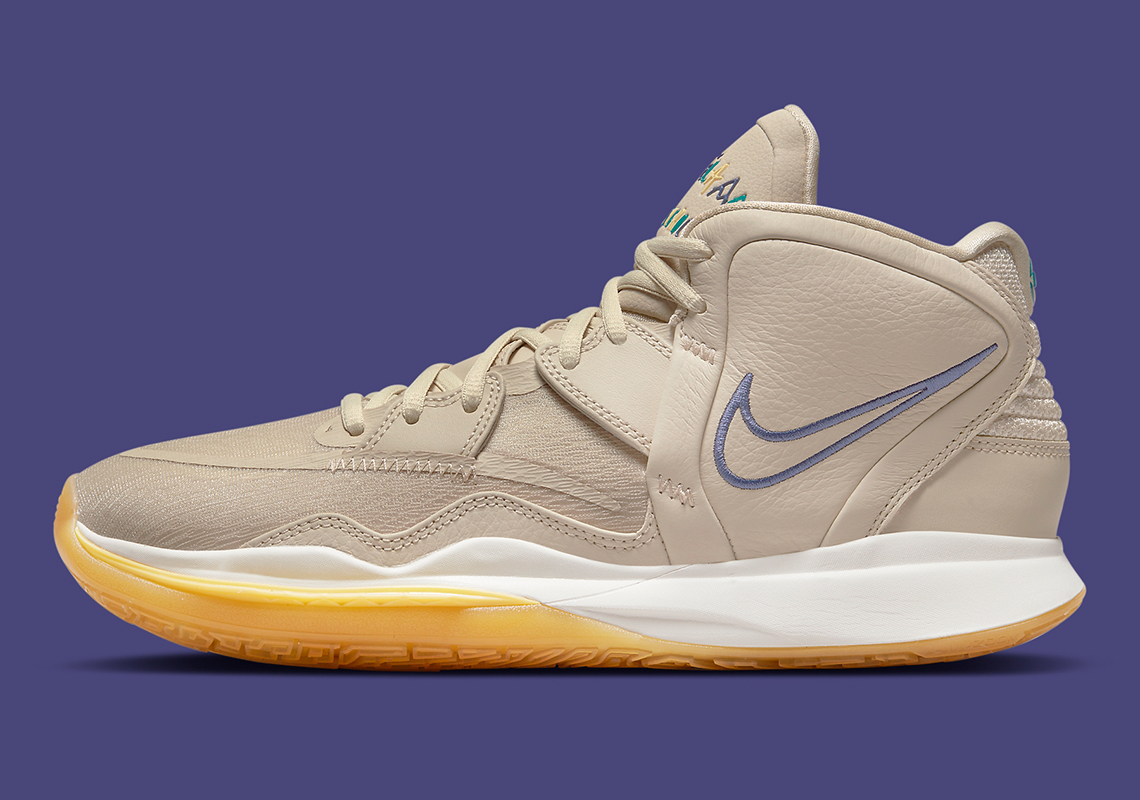 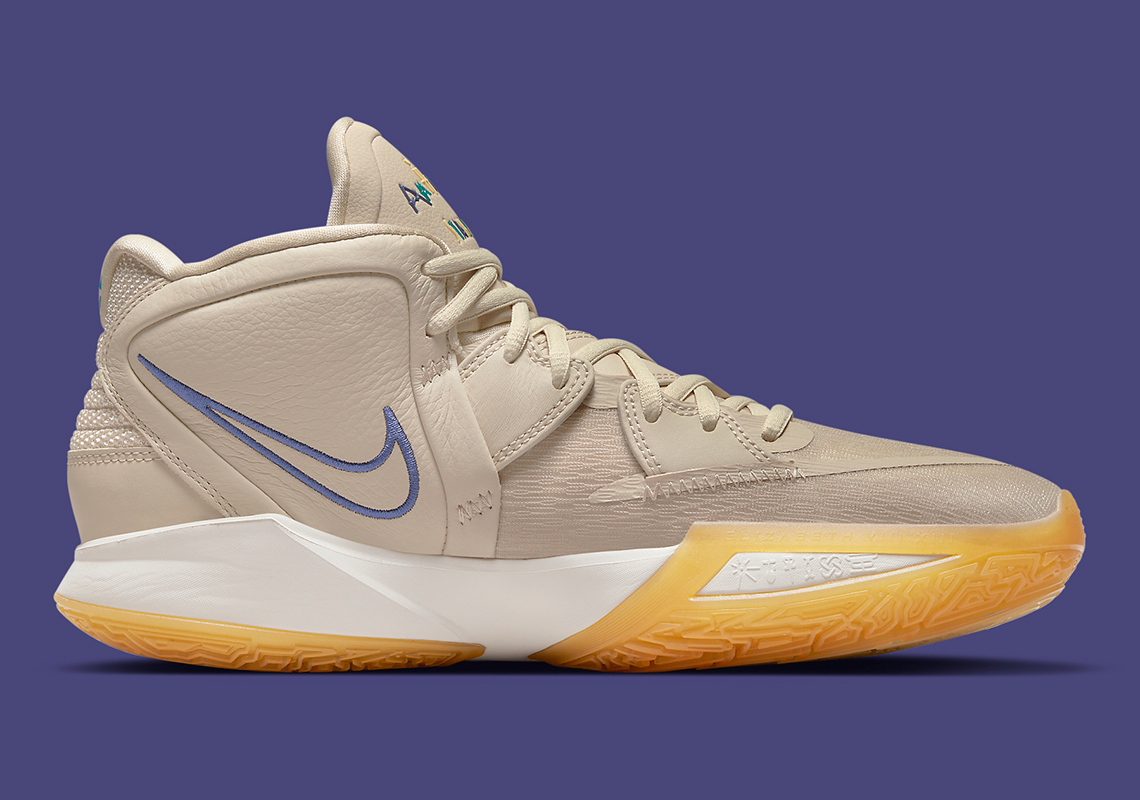 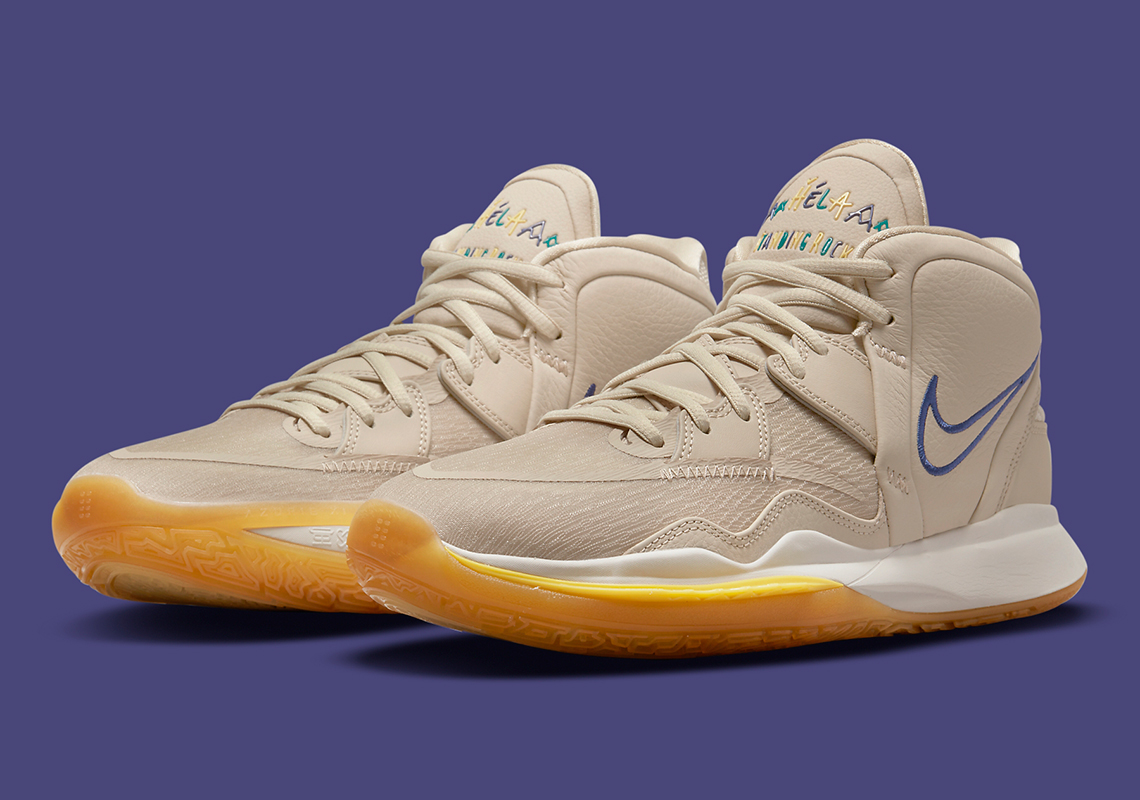 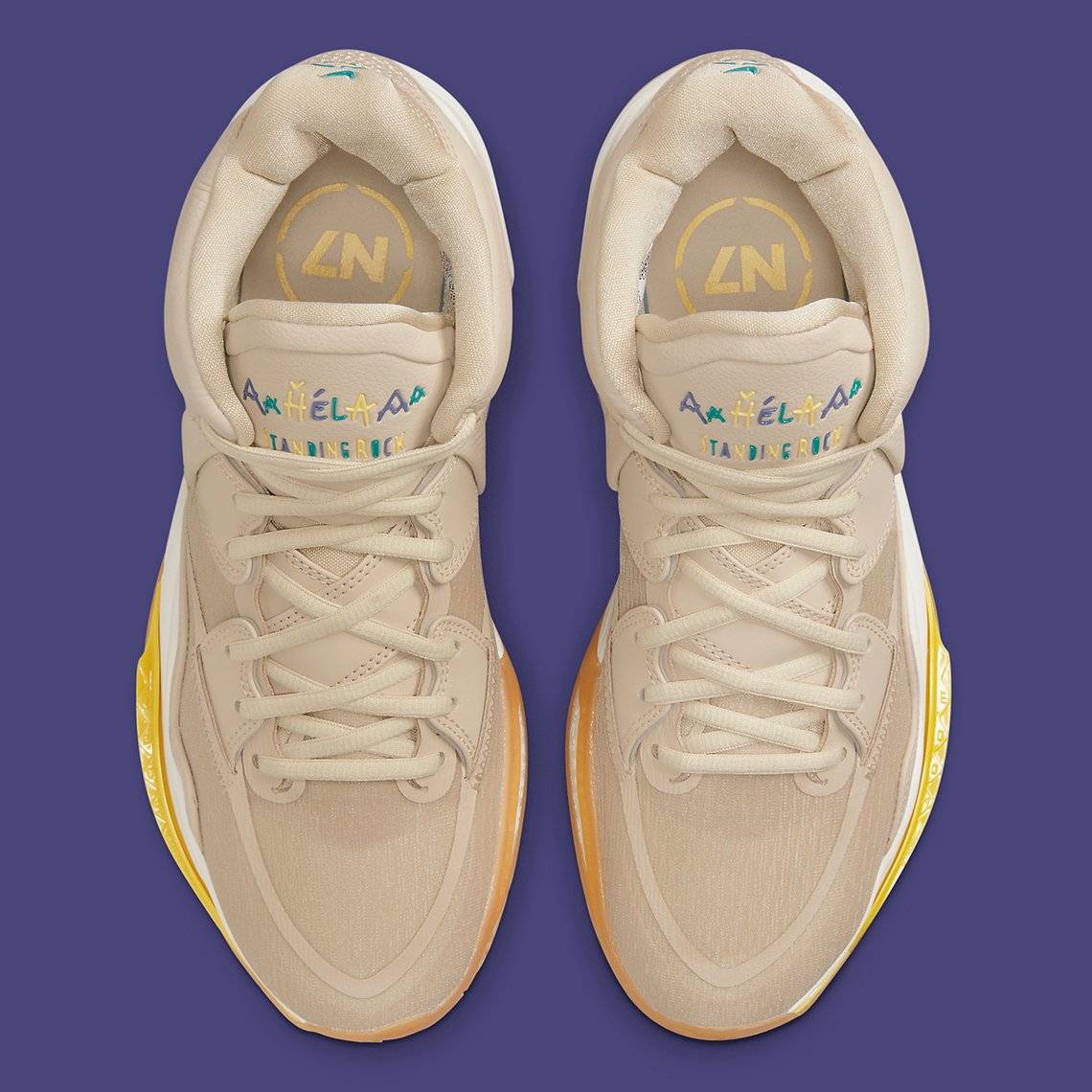 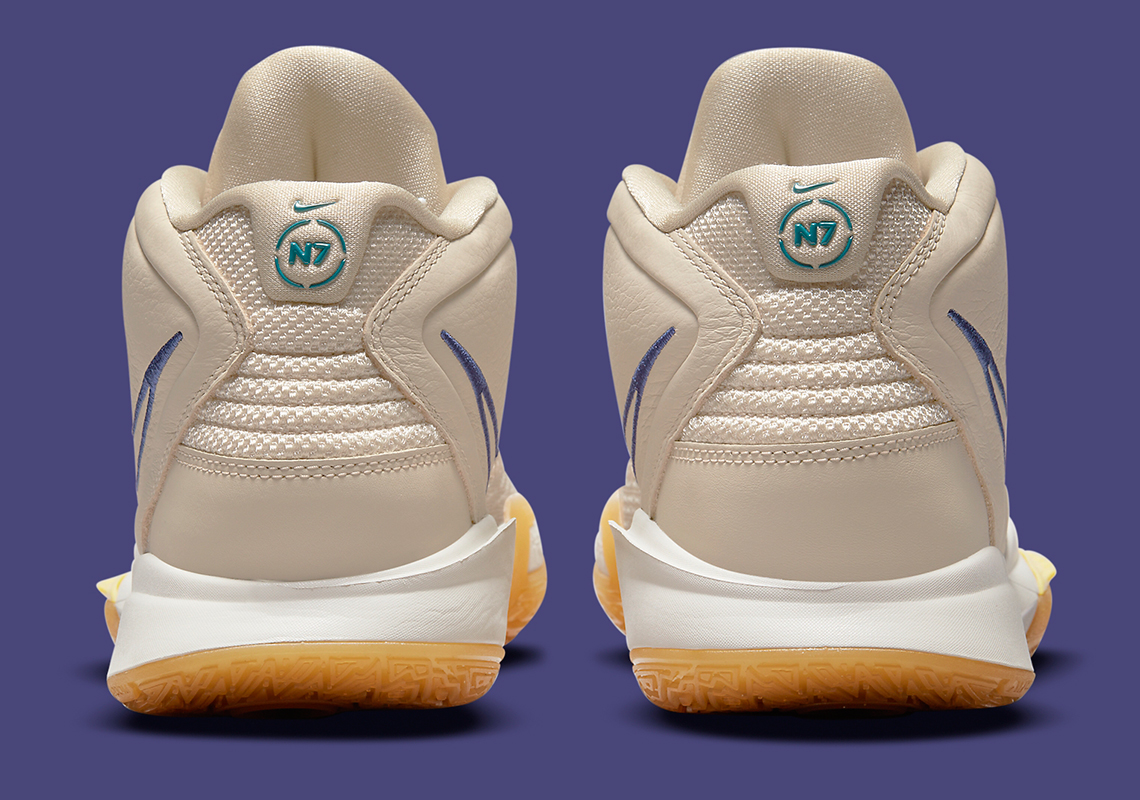 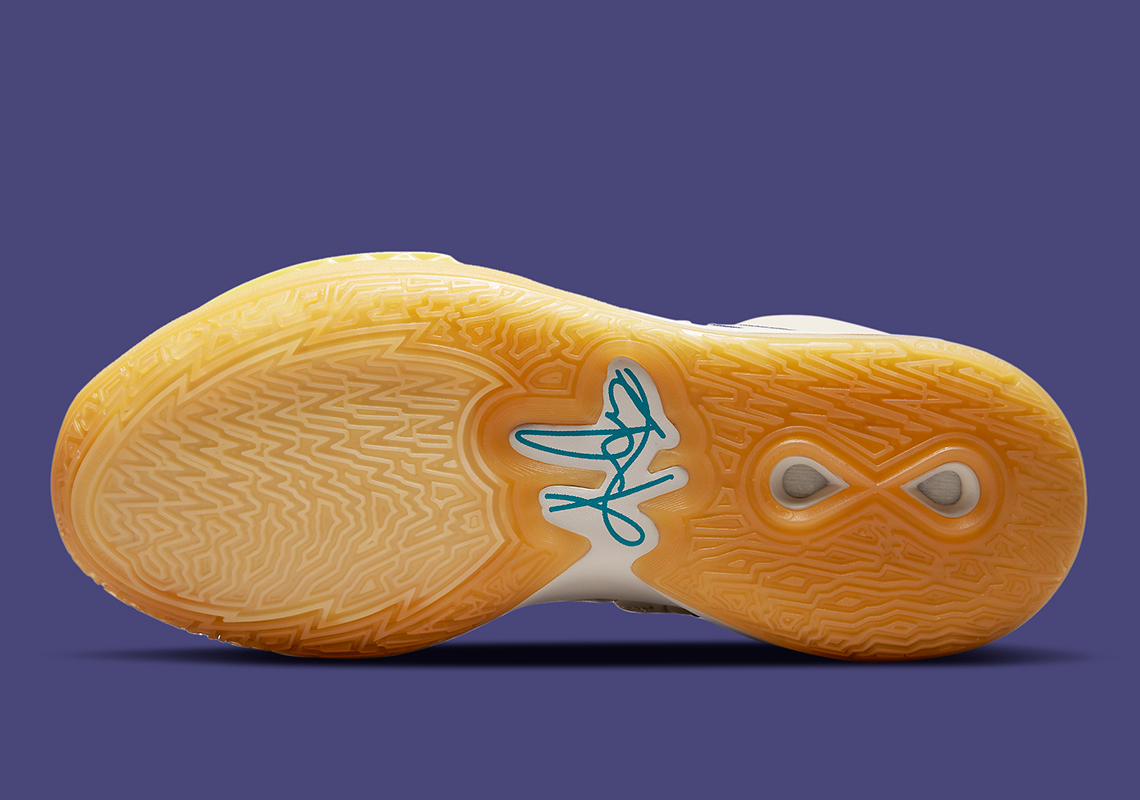 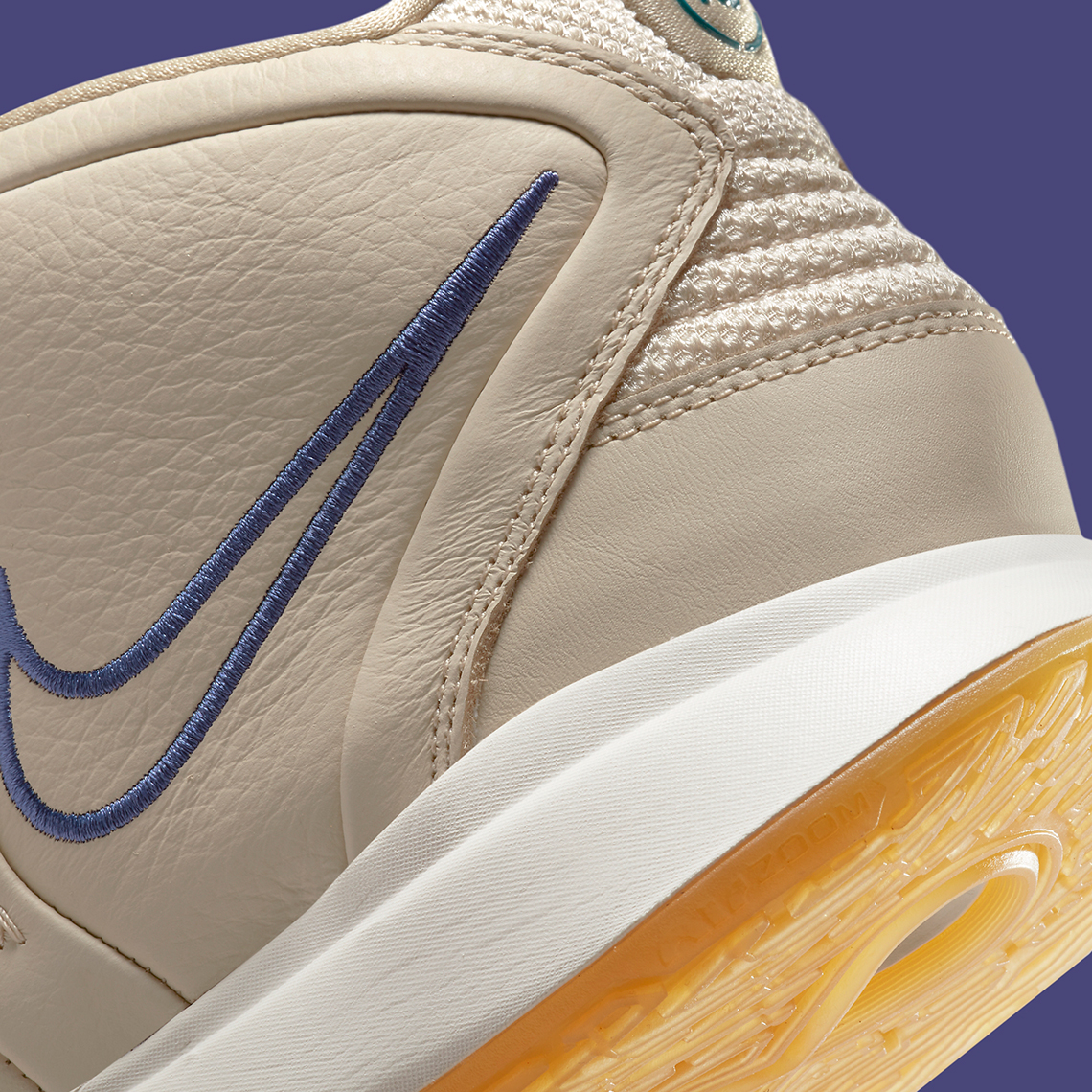 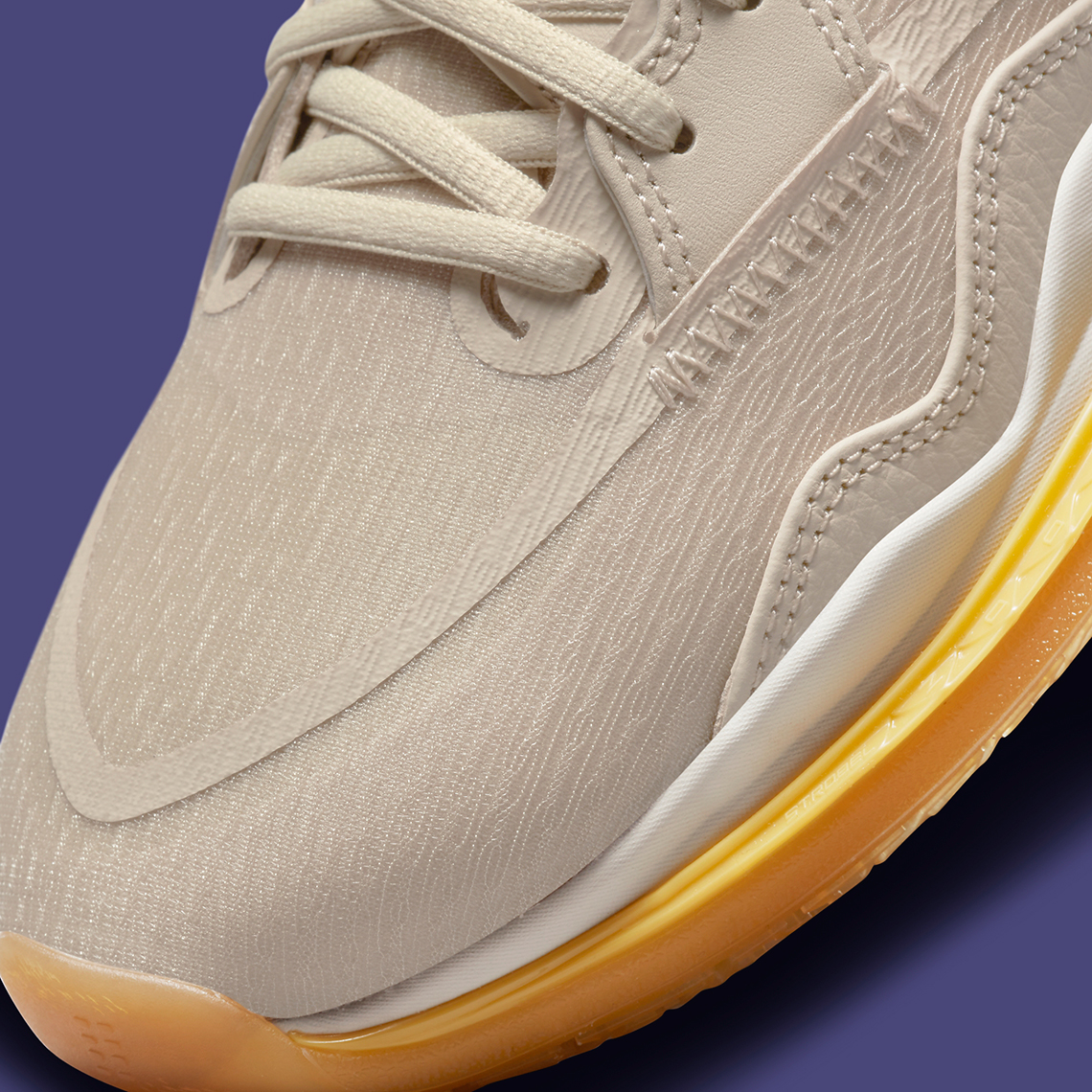 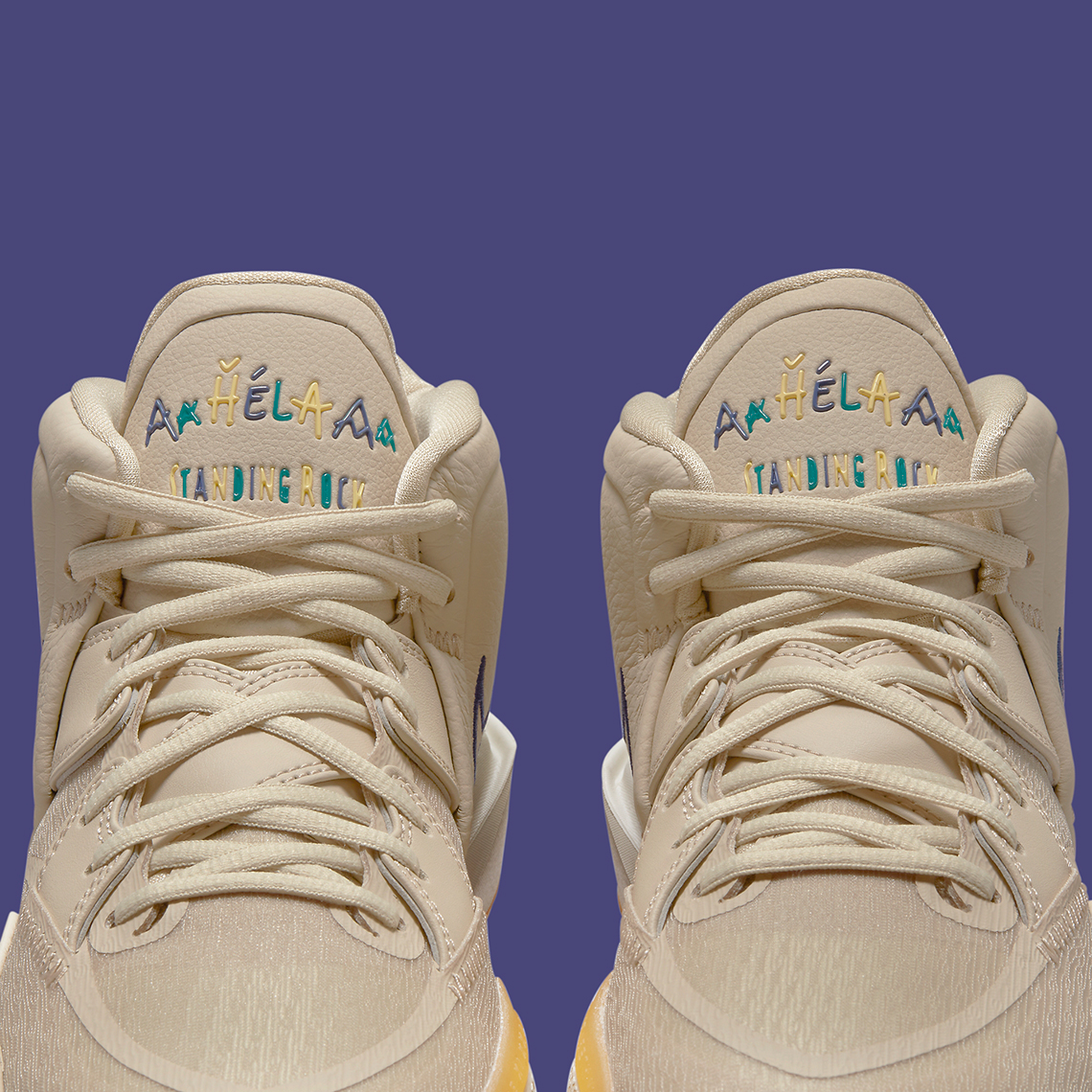