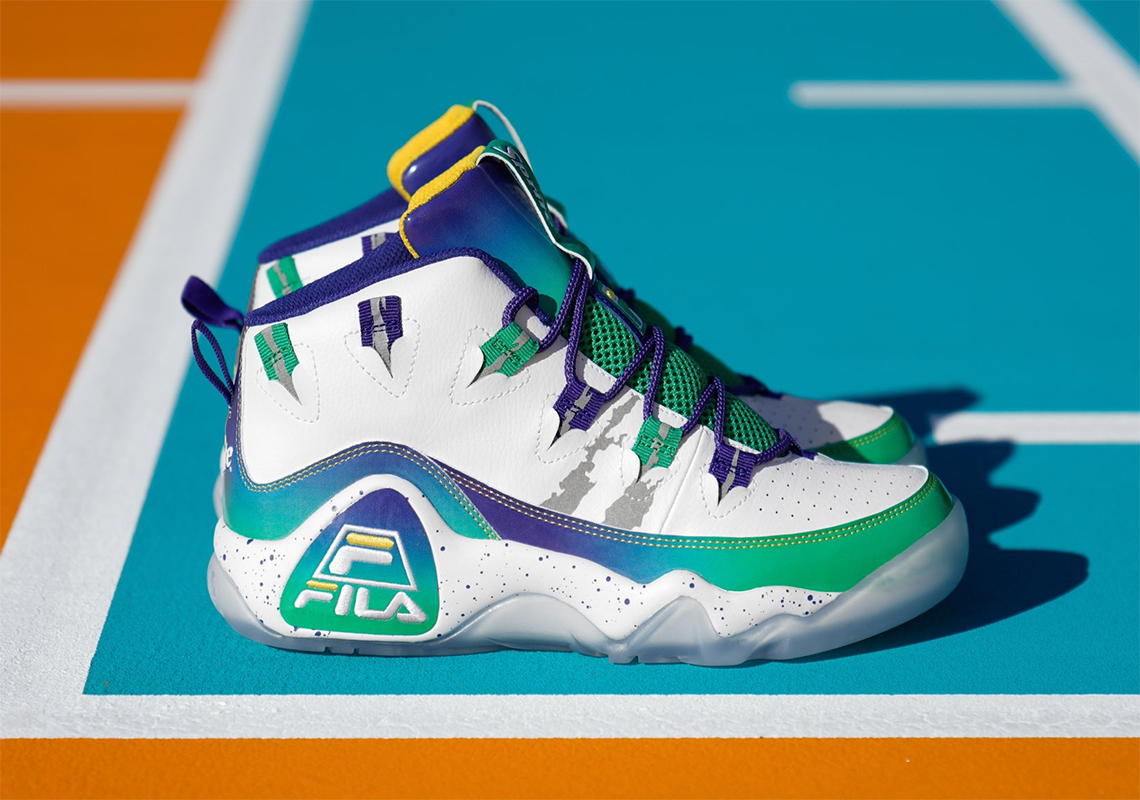 Picture this: You’re walking by the courts on a regular afternoon, and you spot one of the best basketball players in the world doing some basic warm-ups. Suddenly, he explodes into a 360-degree two-handed slam, lands with ease, and quenches his thirst after a workout. Naturally, you think: “Grant Hill drinks Sprite”. Injected with a burst of over-confidence, you run onto the court to try your hand at a dunk of your own, but are met with instant rejection and reality by the rim itself. This scenario was the plot of one of the most memorable advertisements of the mid-1990s; Featuring the electrifying Grant Hill, this spot by Sprite arrived at the peak of the beverage’s “Image Is Nothing” campaign direction that relayed an underlying motivational message behind a star-studded cast and A-plus visual direction.

What makes this ad stand out to sneakerheads in particular was the pair of FILA Grant Hill 1s on the feet of the Duke legend. That pair never released to the public and was made specifically for that occasion. In 2021, they’re commemorating the partnership in official fashion through a Sprite x FILA collaboration, honoring this timeless of 1990s ephemera with a must-have shoe release.

The timeless FILA Grant Hill 1 is covered in the familiar design and color palette of the Sprite cans from the mid-1990s. The gradient green/blue effect is applied on the tongue and mudguard, while the silver “shred” graphics appear on the upper as well as on the exterior lace eyelets. The speckle pattern suggests that pleasant fizzy feeling of the carbonated citrus drink, while the translucent outsole mimics the clear nature of the globally beloved soda. Finally, Sprite logos appear on the tongue pull-tab, the heel, the outsole, and even the custom shoe-box packaging. Also included in this capsule is a Grant Hill x Sprite Short that also reflects the iconic design of the soda can.

The FILA Grant Hill 1 x Sprite releases on FILA.com $140, as will the shorts for $68 here. The shoes will also be available on ChampsSports.com online and in-store beginning on Thursday 10/21. 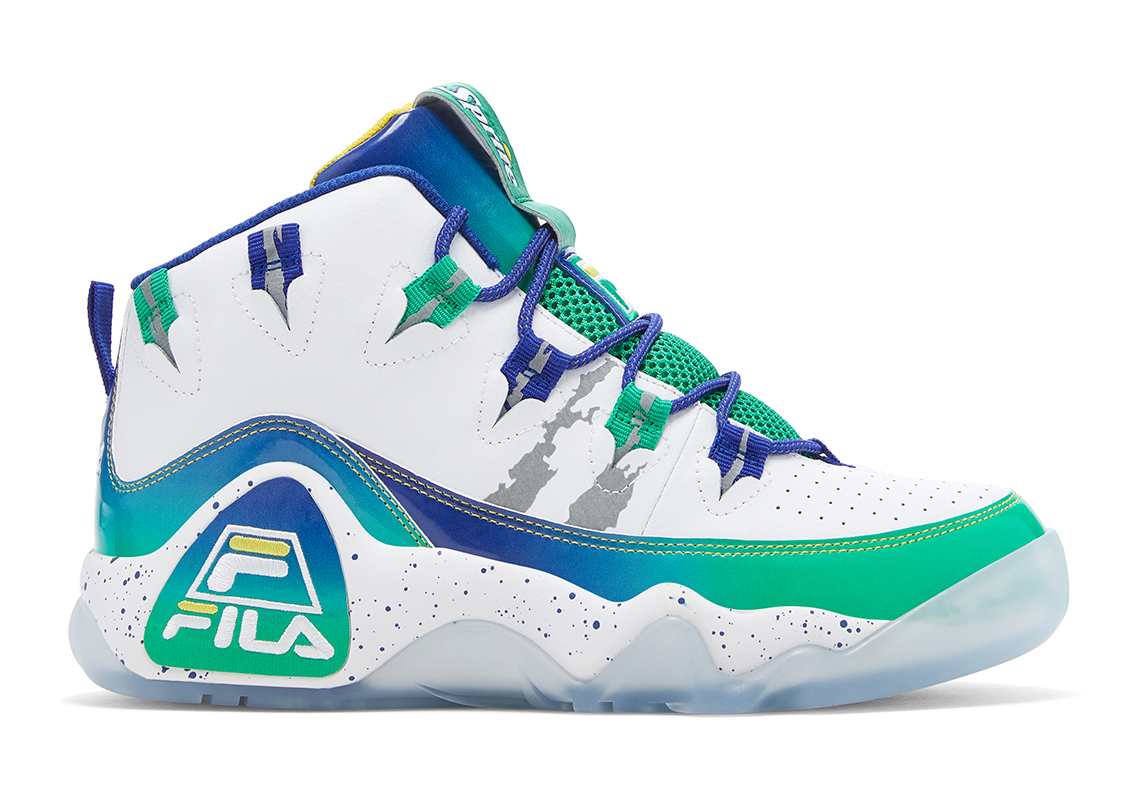 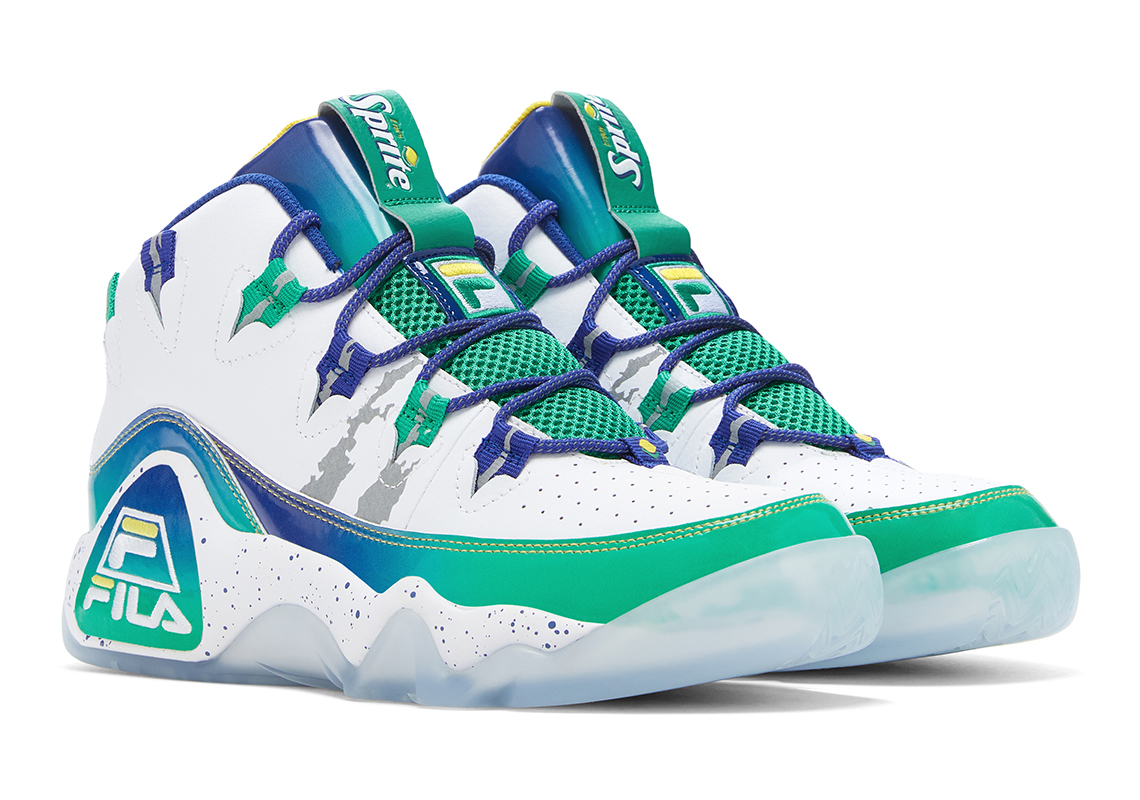 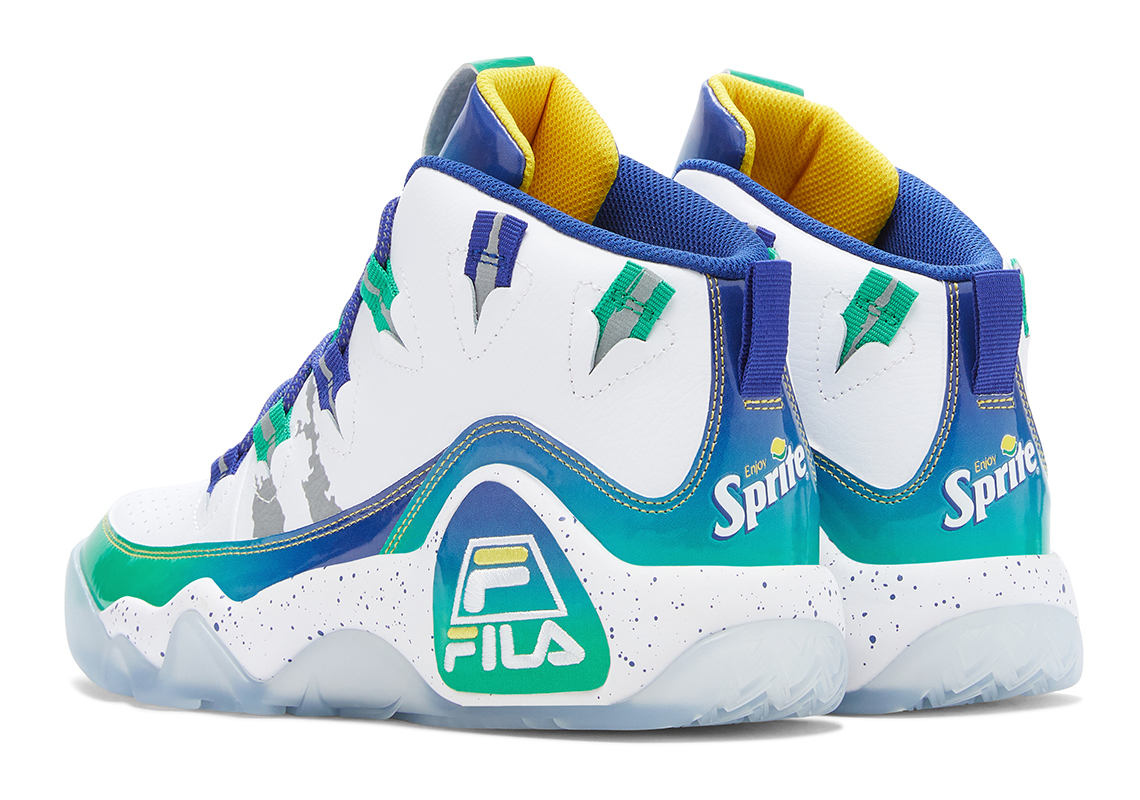 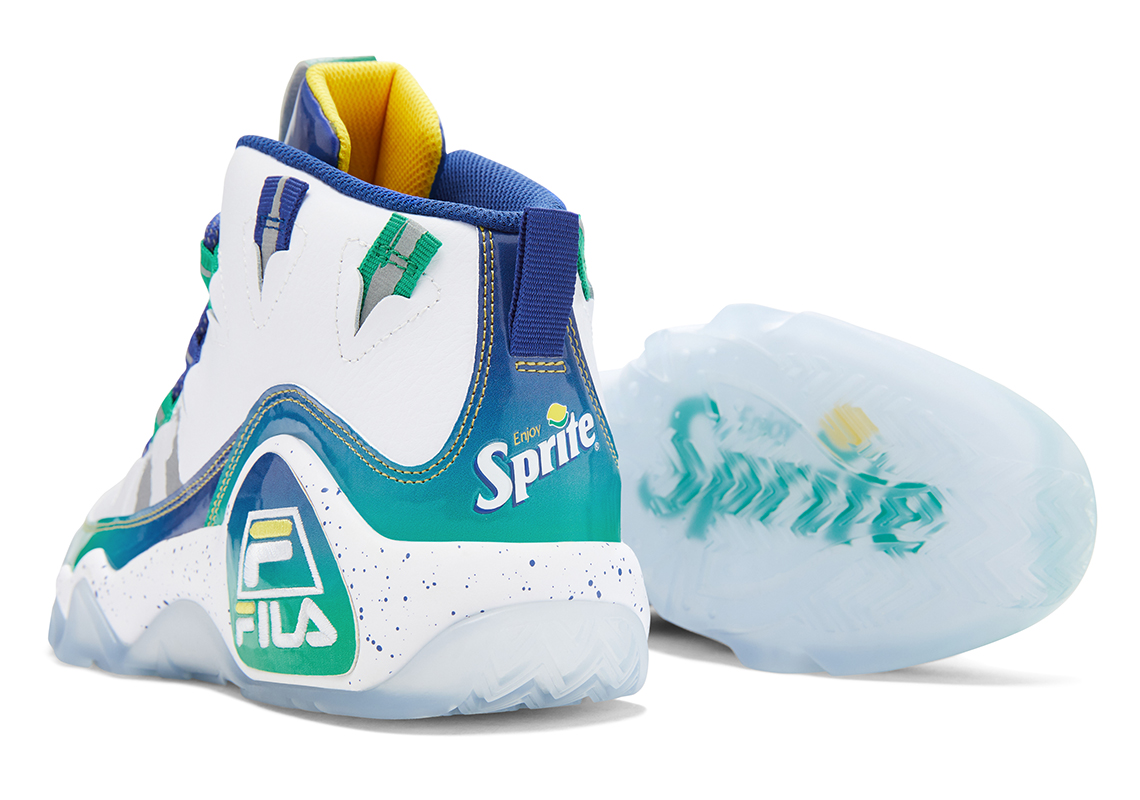 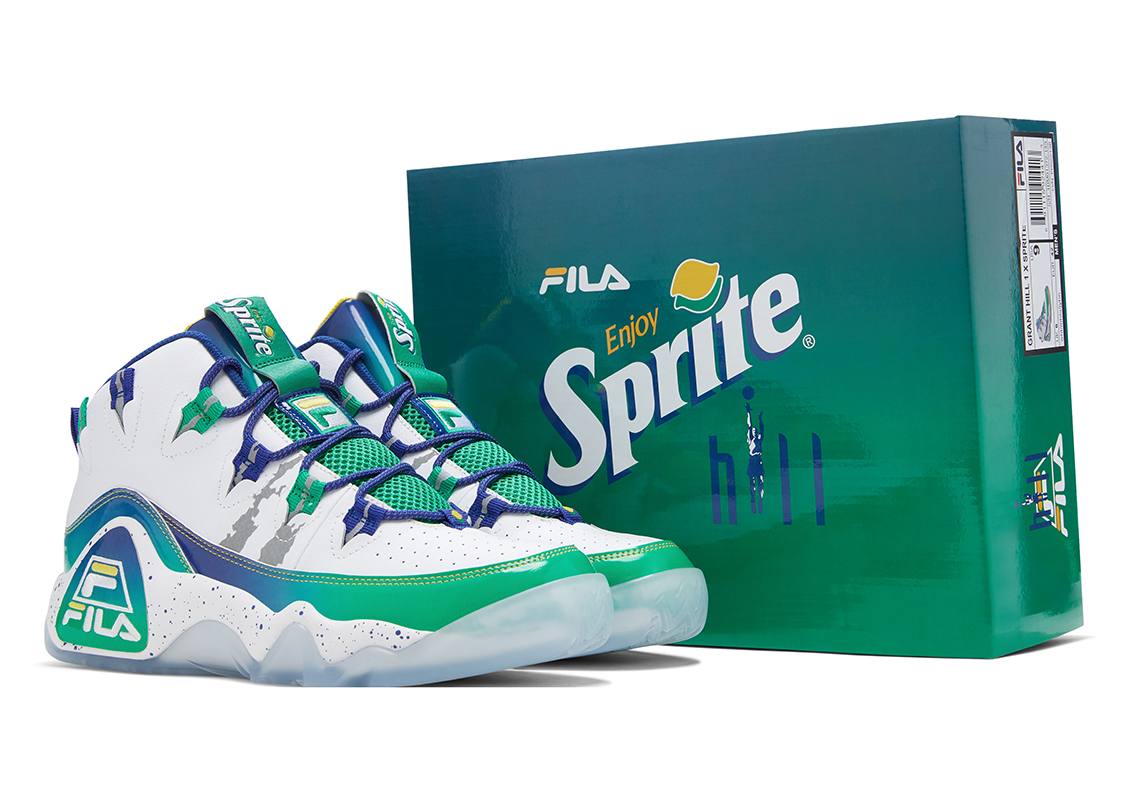 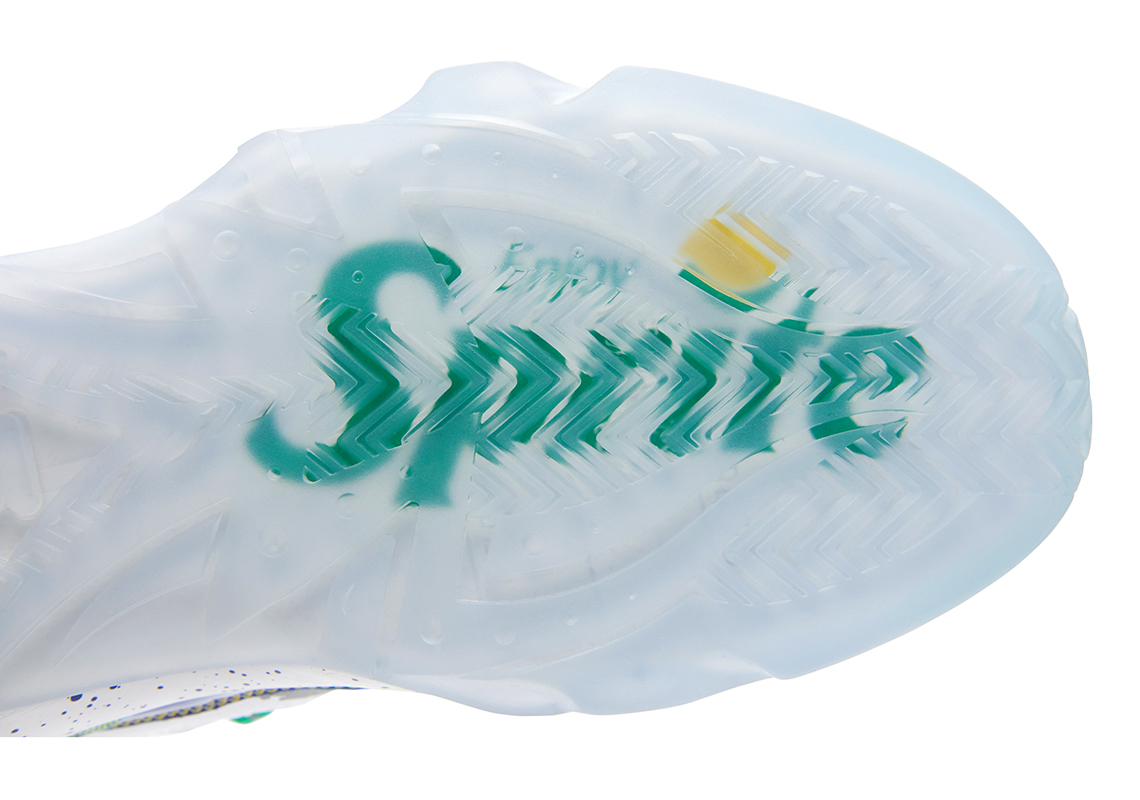 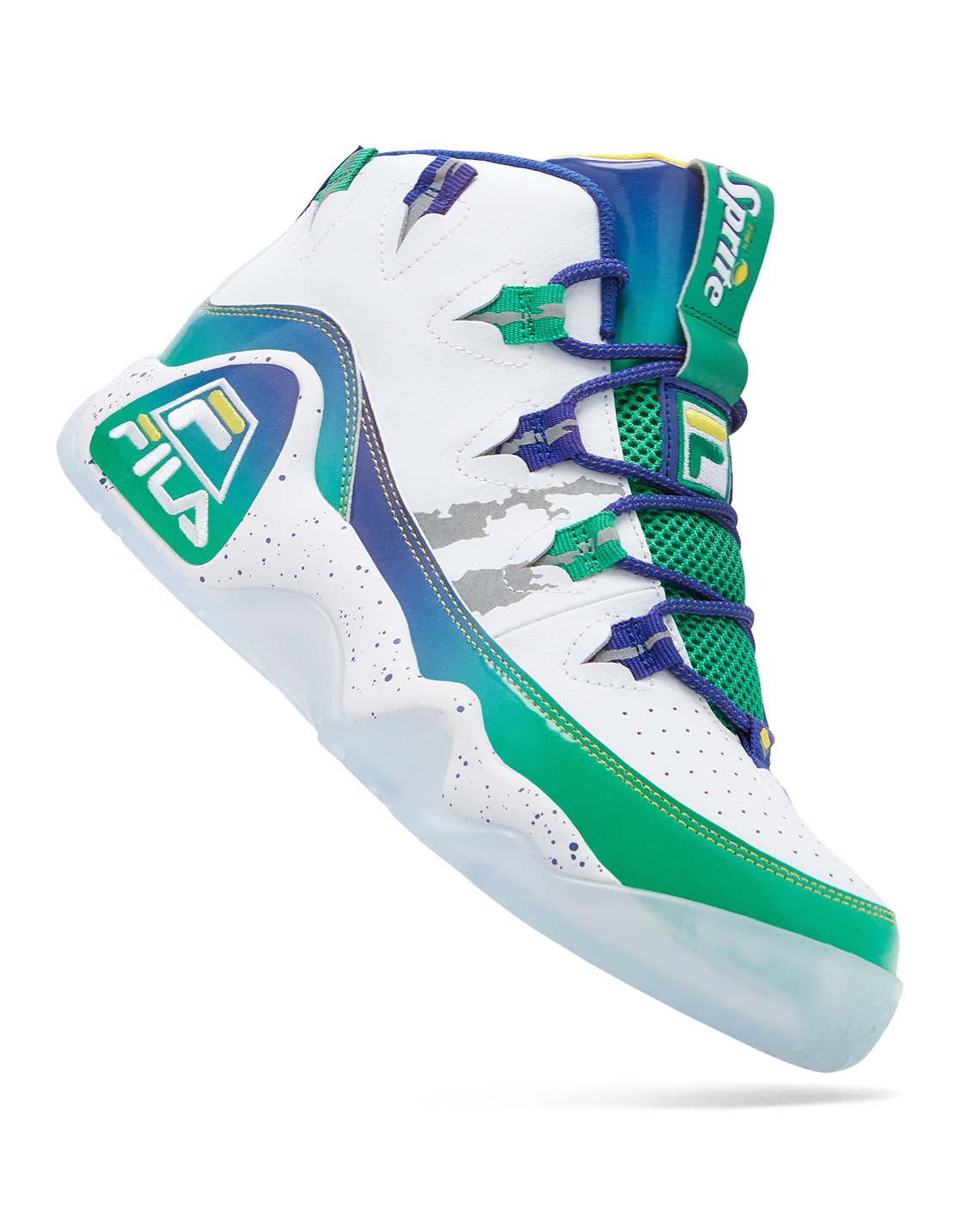 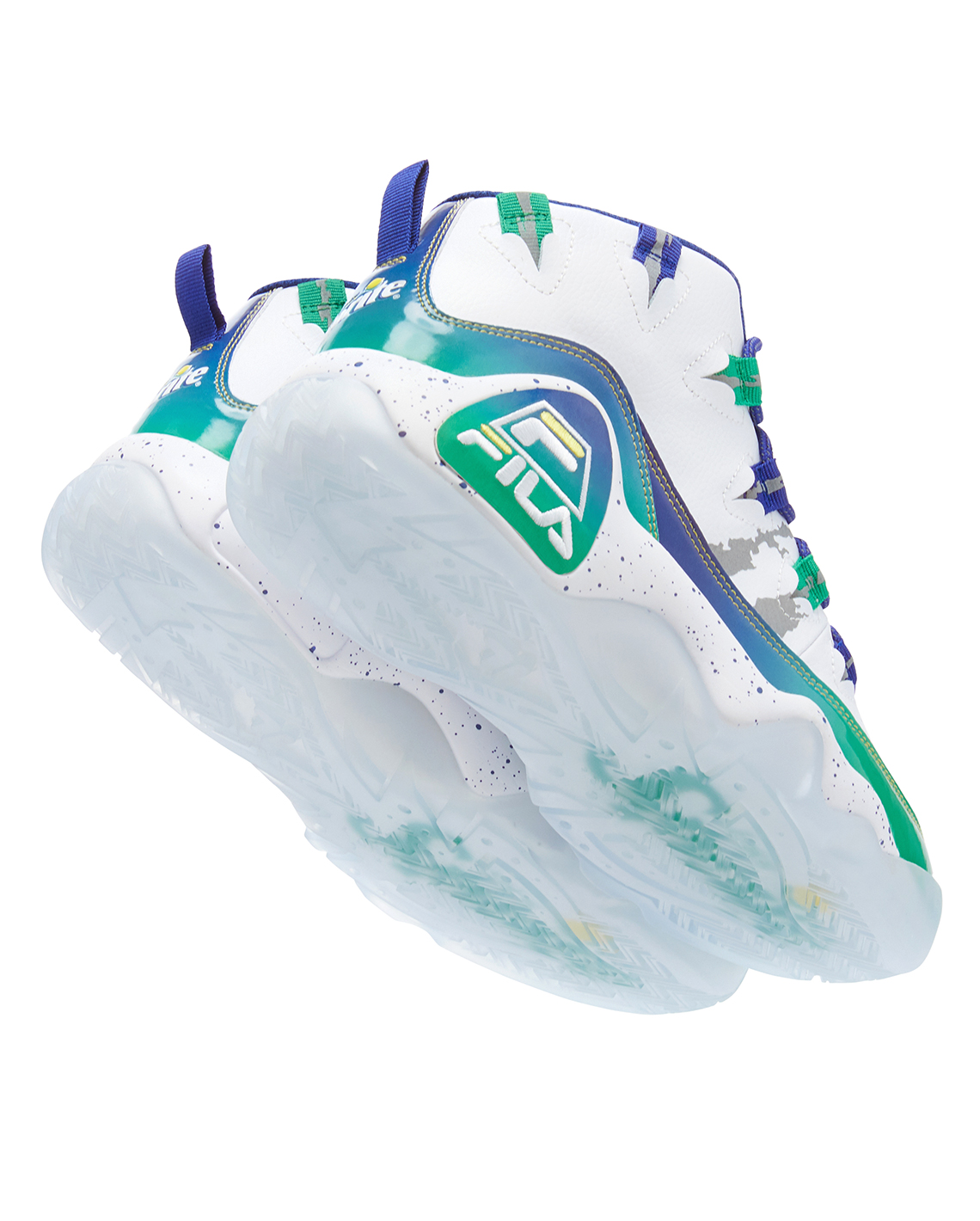 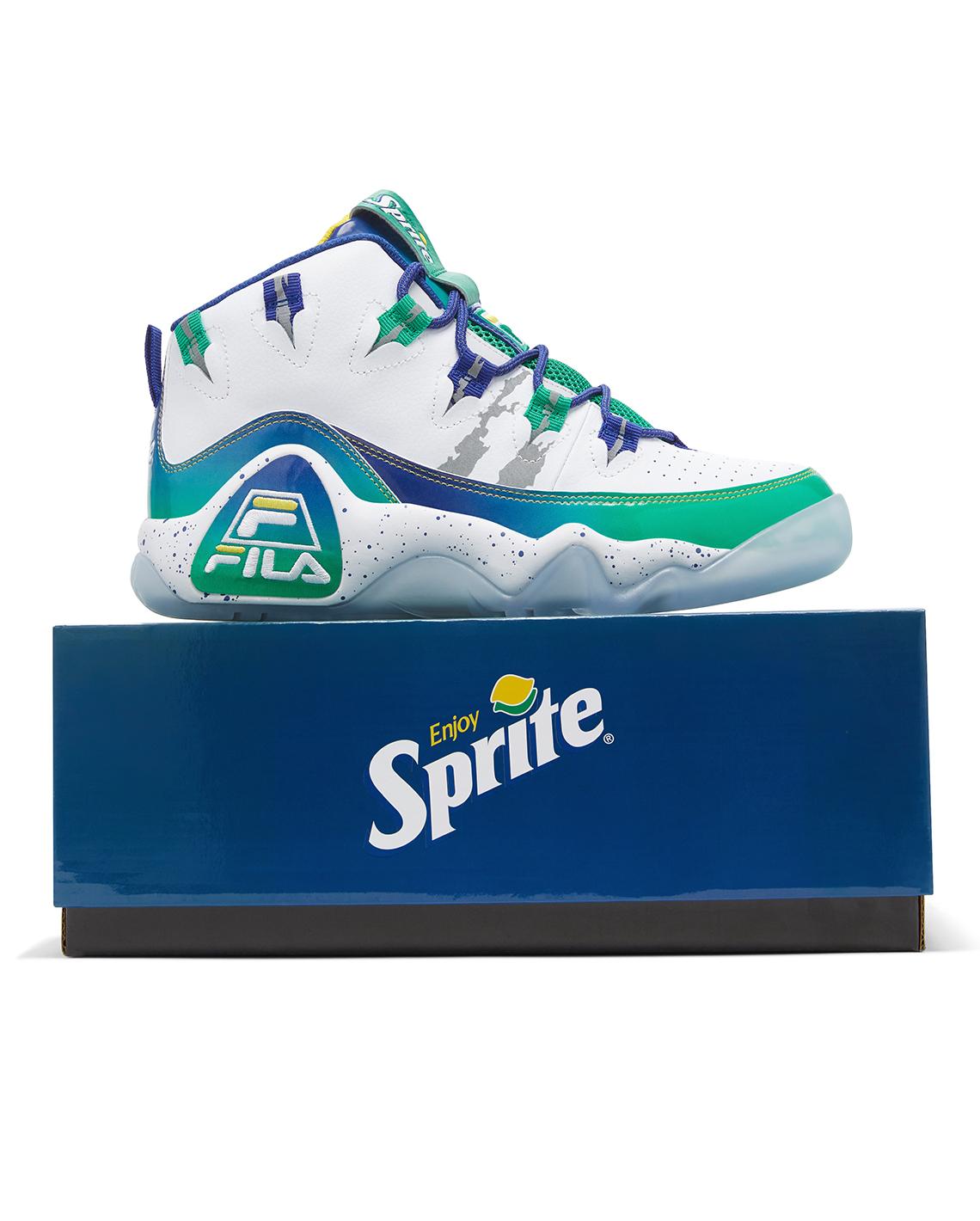 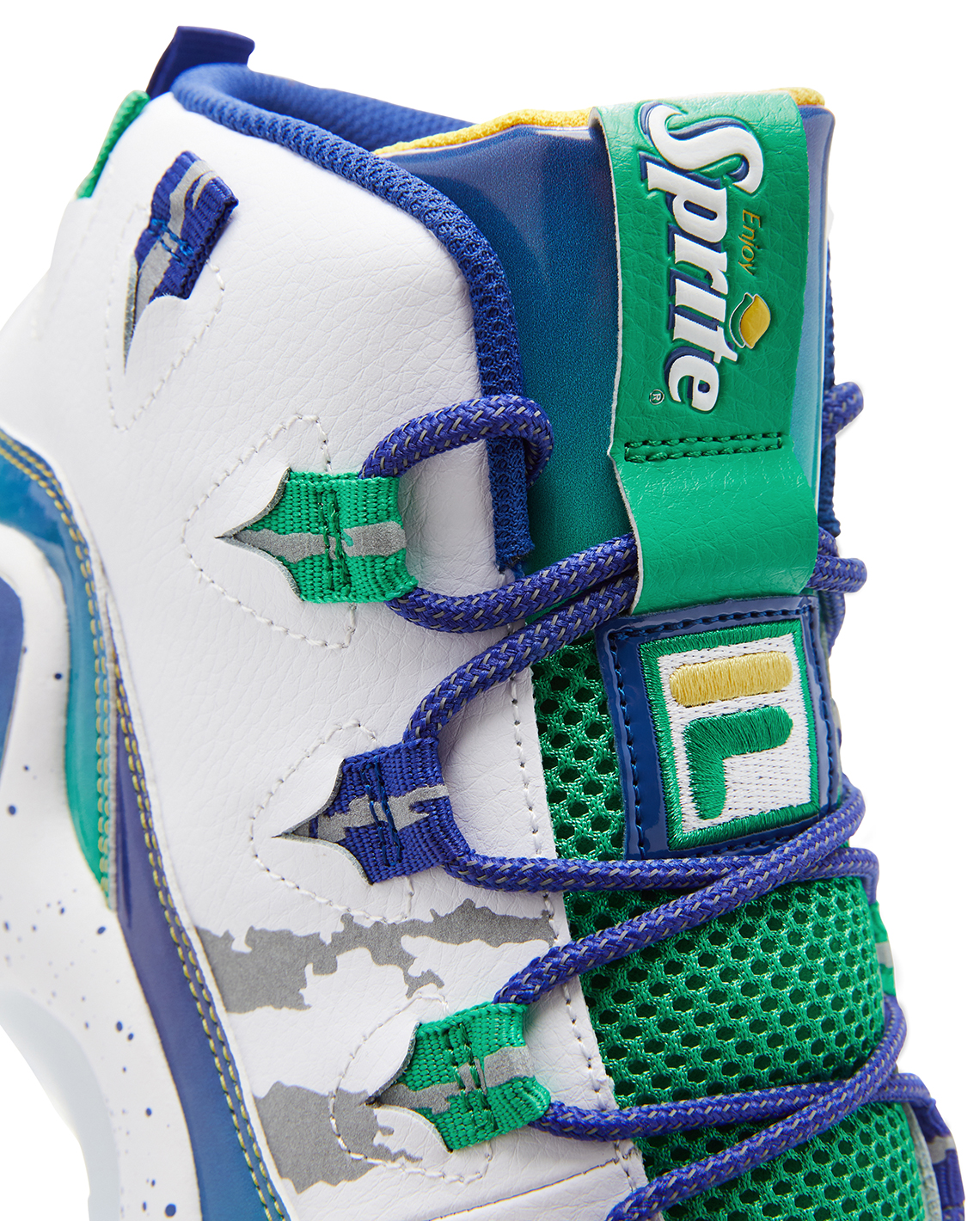