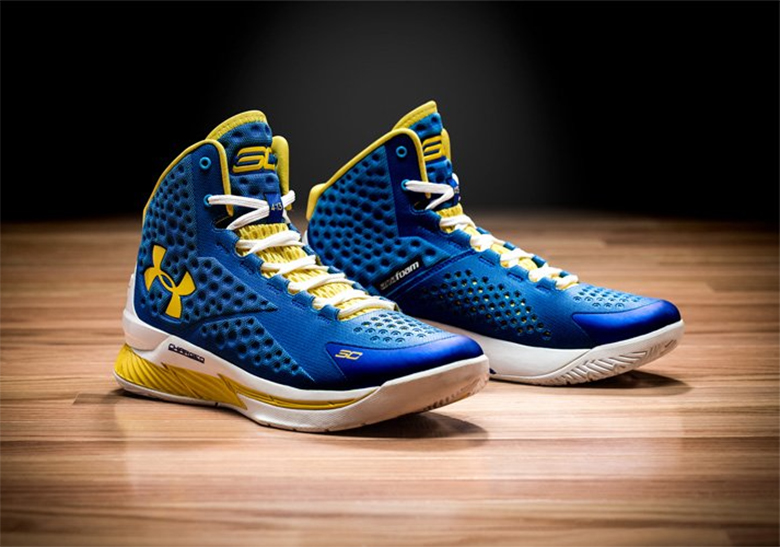 Steph Curry’s Under Armour Curry One Retro Is Available Now

In 2015, Steph Curry took the NBA and the surrounding world of basketball culture by indefensible storm. His long-range bombs rewrote the highlight reel, while the Under Armour brand, off the strength of the Warriors star’s meteoric rise, was finally standing toe to toe with the industry giant Nike in the highly competitive basketball shoe category. Before Curry signed with Under Armour and dropped his first signature shoe, the Davidson product was originally signed with Nike, but a half-assed pitch by Swoosh execs, which included mispronouncing his name and forgetting to change out a few details in a copy-pasted template, led to Steph taking his sharpshooting talents to different pastures in the Fall of 2014. What followed was a magical season for the all-time storybooks, the beginning of a dynasty, and a new signature athlete in the mix that would prove to be among the Swoosh’s most irrevocable mistakes in company history.

Smack in the middle of that 2014-2015 season, the Curry One was unveiled and released. Before Steph even won his first ring, the Curry One signature shoe was selling like hotcakes as the 3pt-specialist amassed new fans on the daily by the tens of thousands. An MVP award and a championship was just the plump and juicy cherry on top as it led to a long-running signature shoe line and the formation of the Curry Brand in late 2020.

Over a half a decade has passed, which in this day and age simultaneously feels like mere months and eons ago. The retro of his most successful shoe was entirely expected, and it’s coming this November 2021 according to retailers. The specific colorway is not disclosed, but a release date of November 11th is tentatively set. And based on the product number, we can expect something heavily blue, similar to the popular Dub Nation colorways that have become a tradition in the Curry shoe line.

Stay tuned for updates and photos and we’ll offer updates as they arrive; these are expected exclusively at Foot Locker.

The shoes are available now exclusively at Foot Locker.