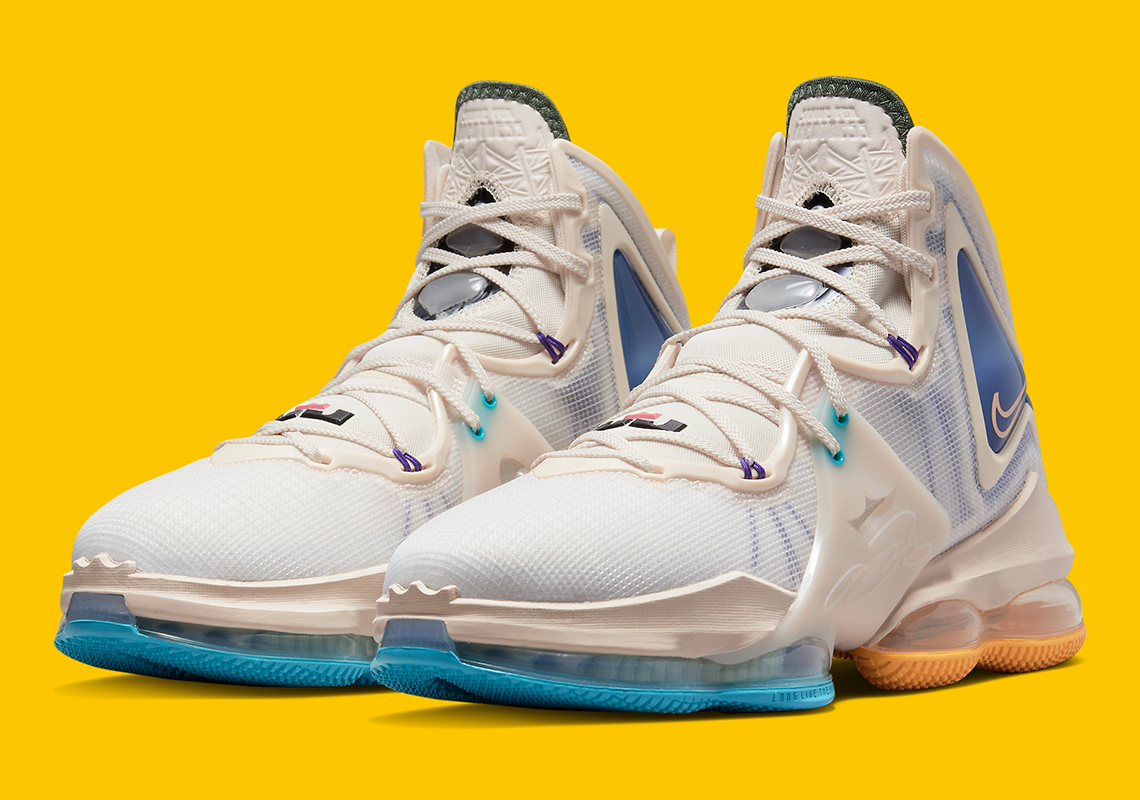 Currently on the sidelines due to an abdominal strain, LeBron James is moving forward with his signature sneaker series. Most recently, the Nike LeBron 19 appeared in a color palette seemingly inspired by the Lakers organization’s time in Minneapolis.

Prior to Los Angeles, the stories basketball franchise called Michigan and Minnesota “home,” the latter spawning its current name — the central state is monikered the “Land of 10,000 Lakes.” Between 1947 and 1960, the now Los Angeles Lakers rocked a powder blue and “University Gold” uniform, both tones appearing on James’s latest basketball sneaker. Unlike previous propositions, however, the apparent nod to the team’s history plays a secondary role across the predominantly light cream-colored pair. Most of the synthetic and textile upper indulges in an understated hue, leaving the Air Max unit around the heel and the linear tread underfoot to indulge in shades of blue and gold. No “MPLS” text appears on the upcoming Nike LeBron, but the resemblance is evident.

An official Nike.com release date hasn’t been disclosed by the brand, but that’s likely to change in the coming months. In any case, enjoy images of the pair here below.

For more options under the NIKE, Inc. banner, check out the Air Jordan 4 “Red Thunder” set to launch on December 23rd. 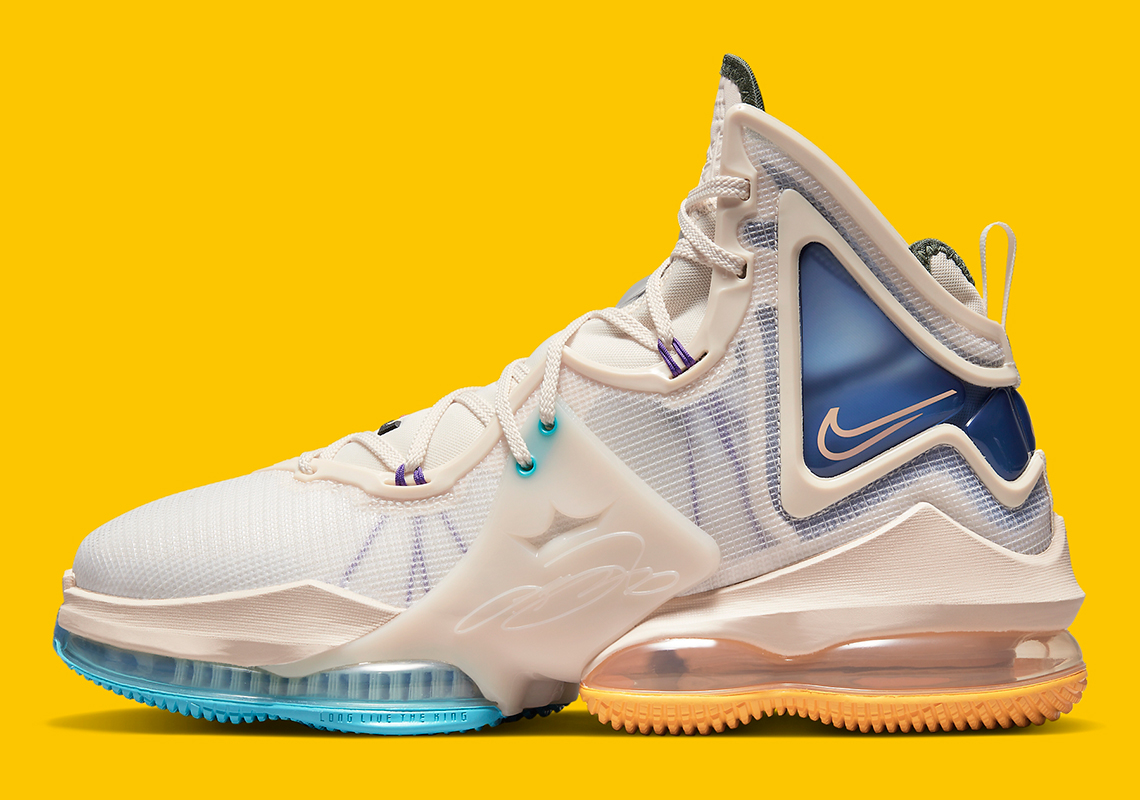 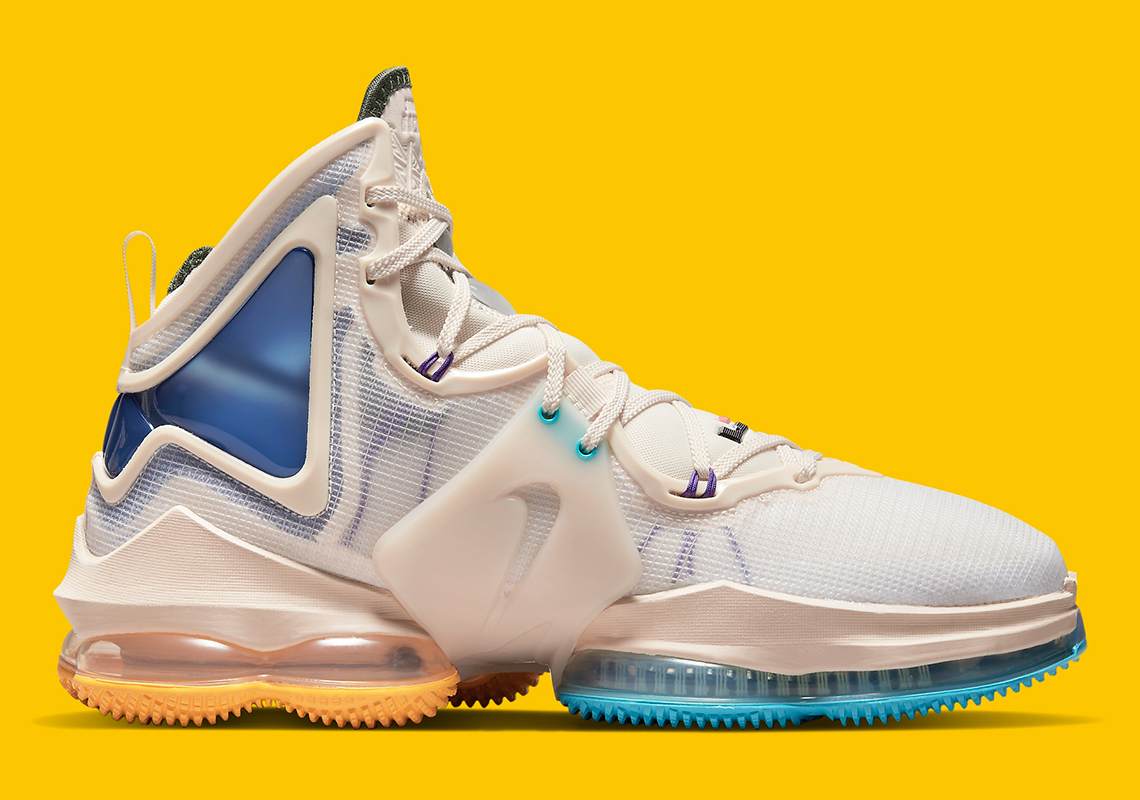 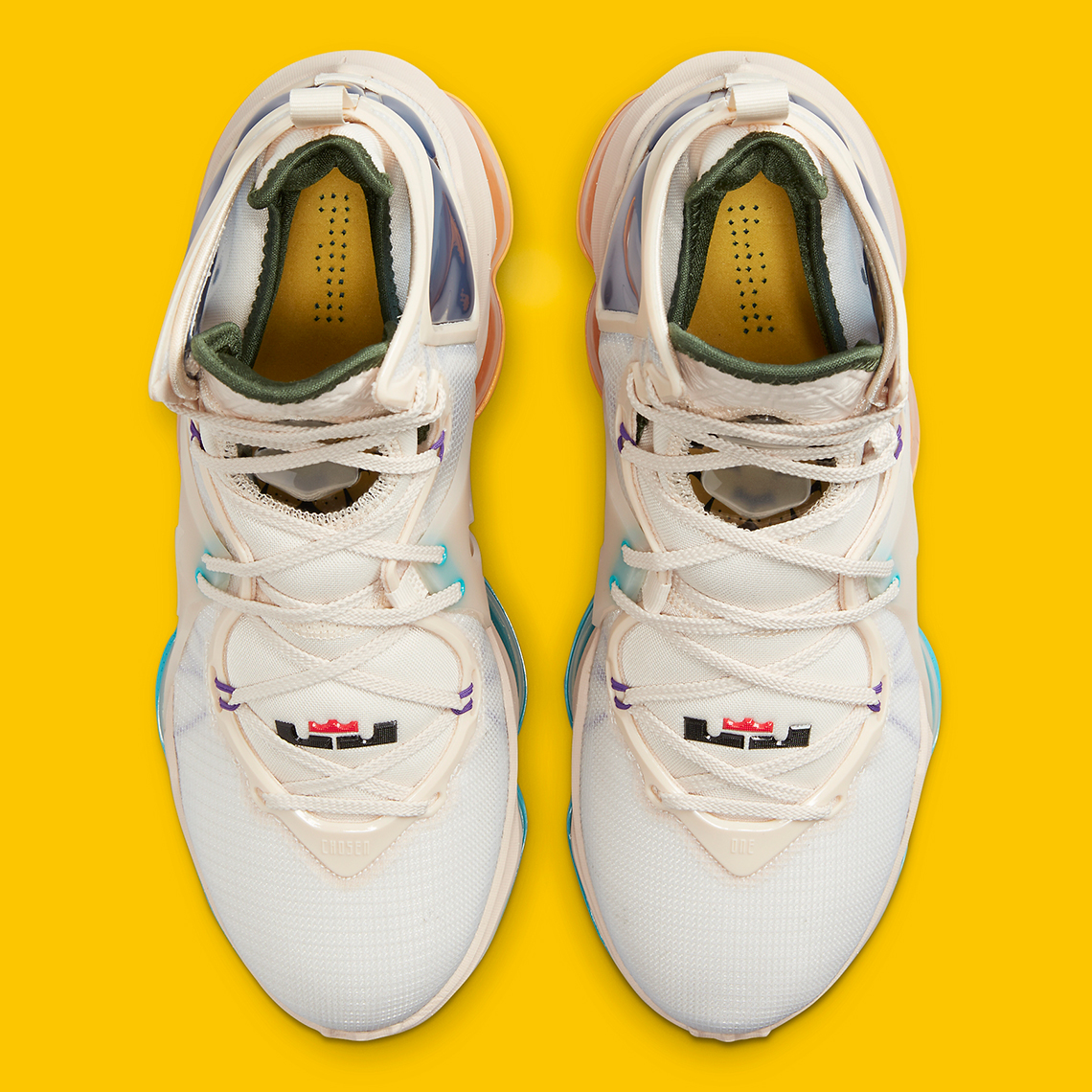 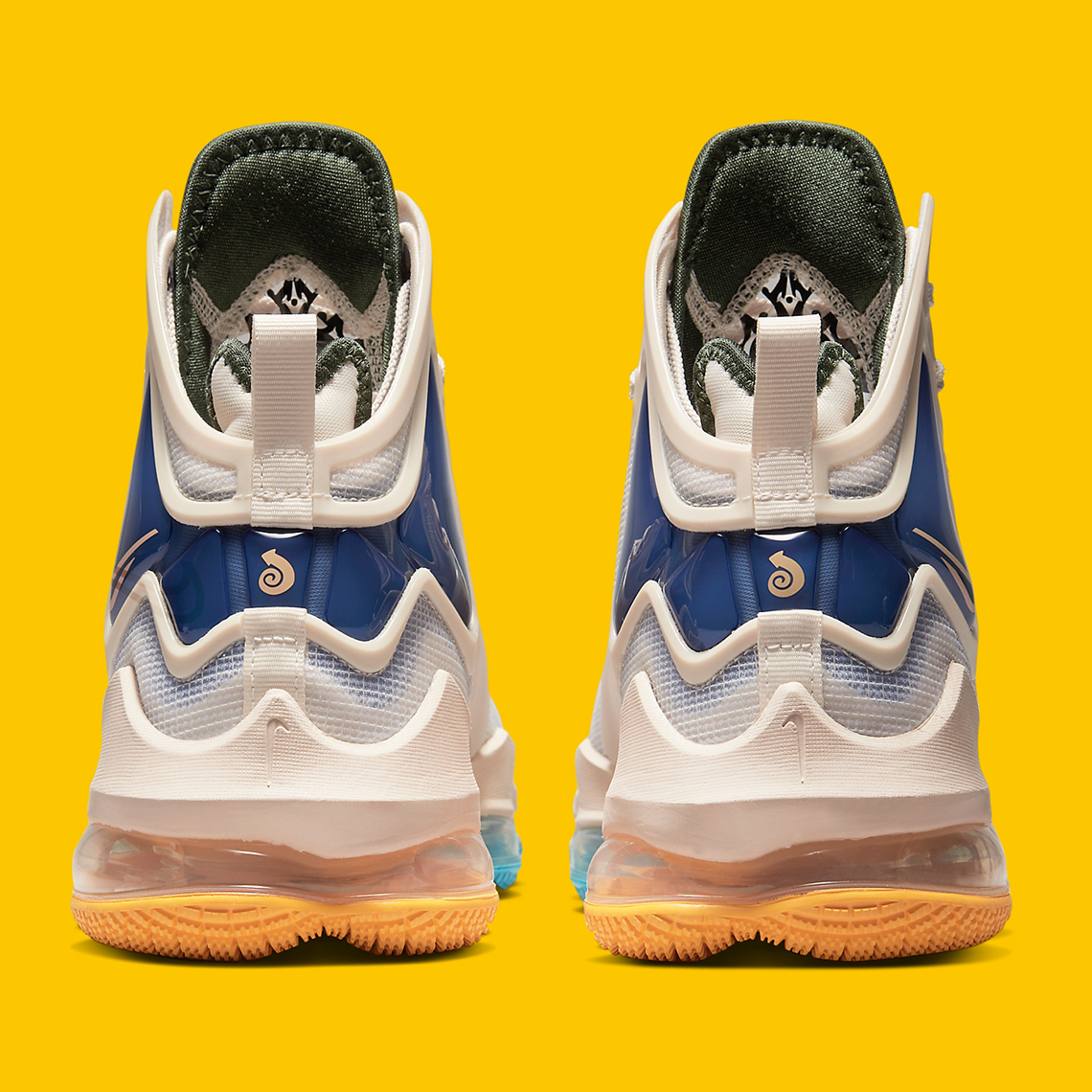 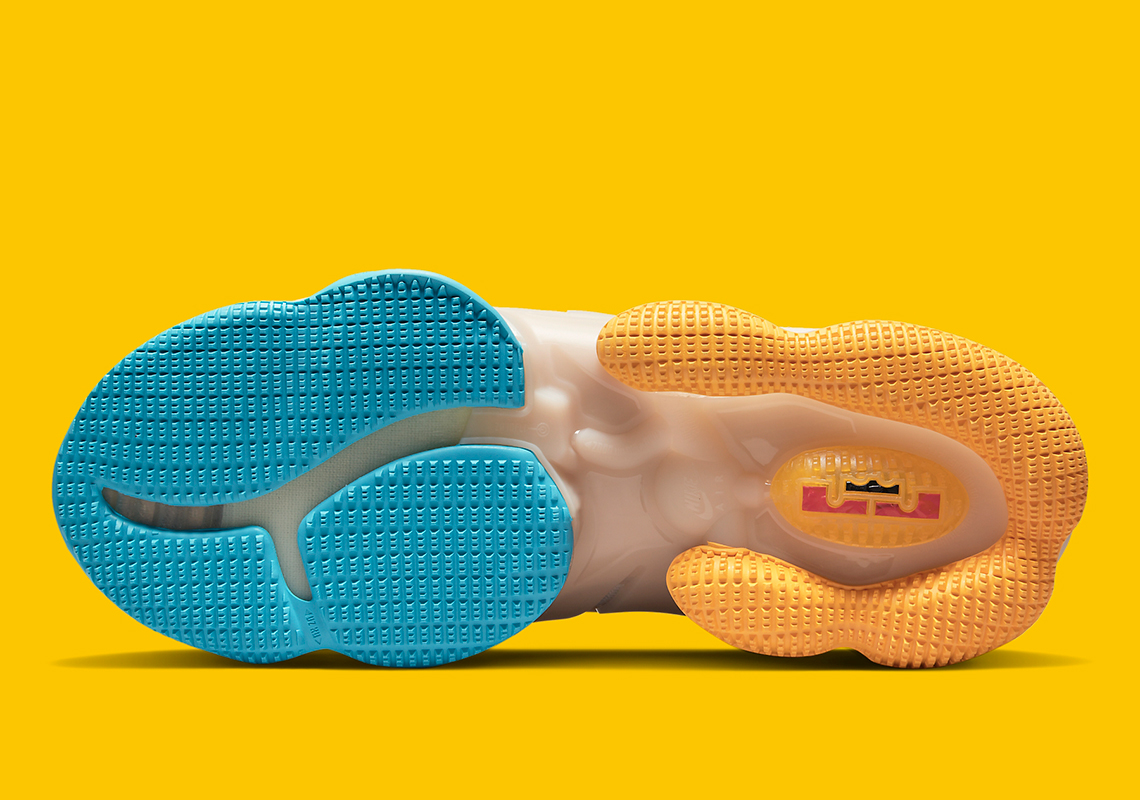 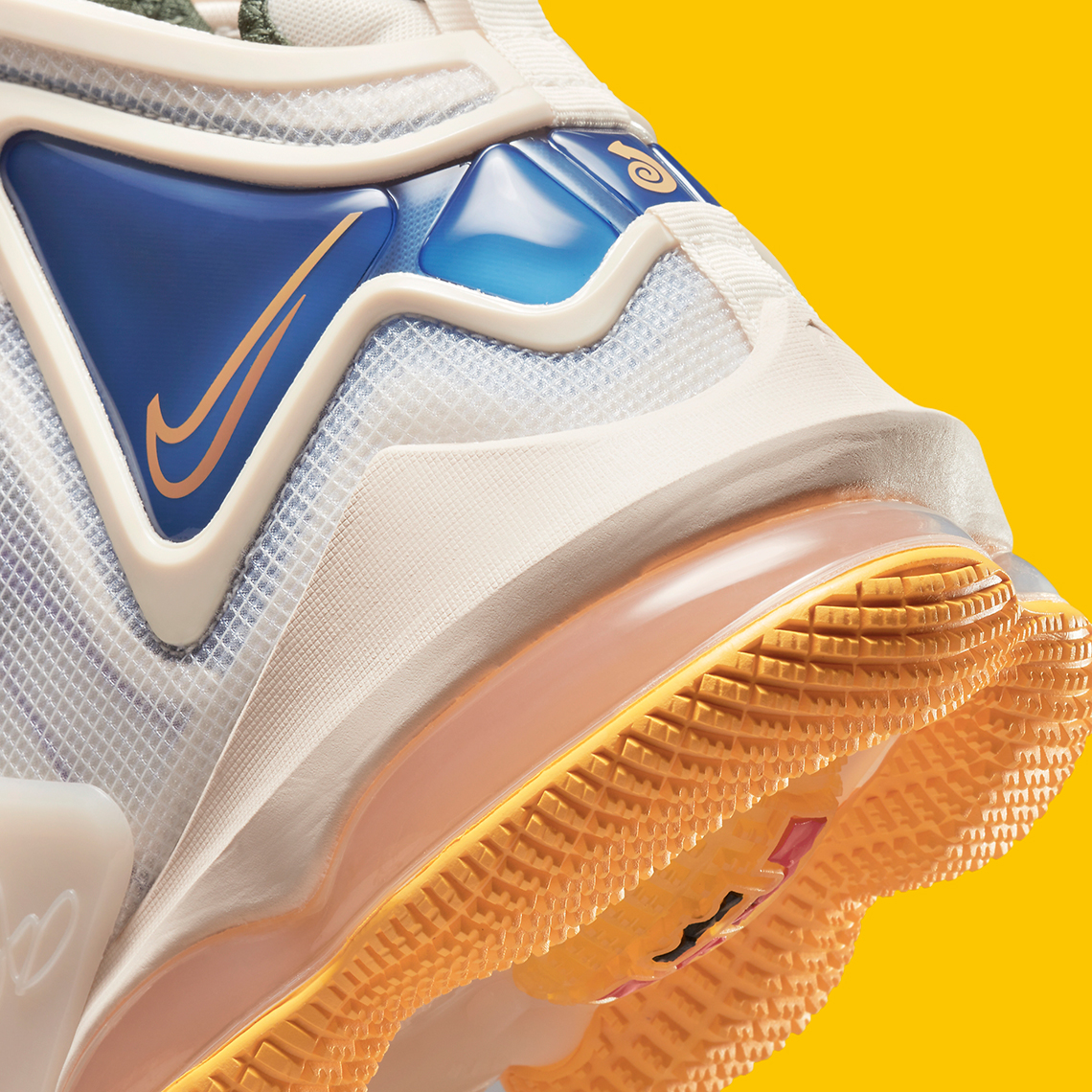 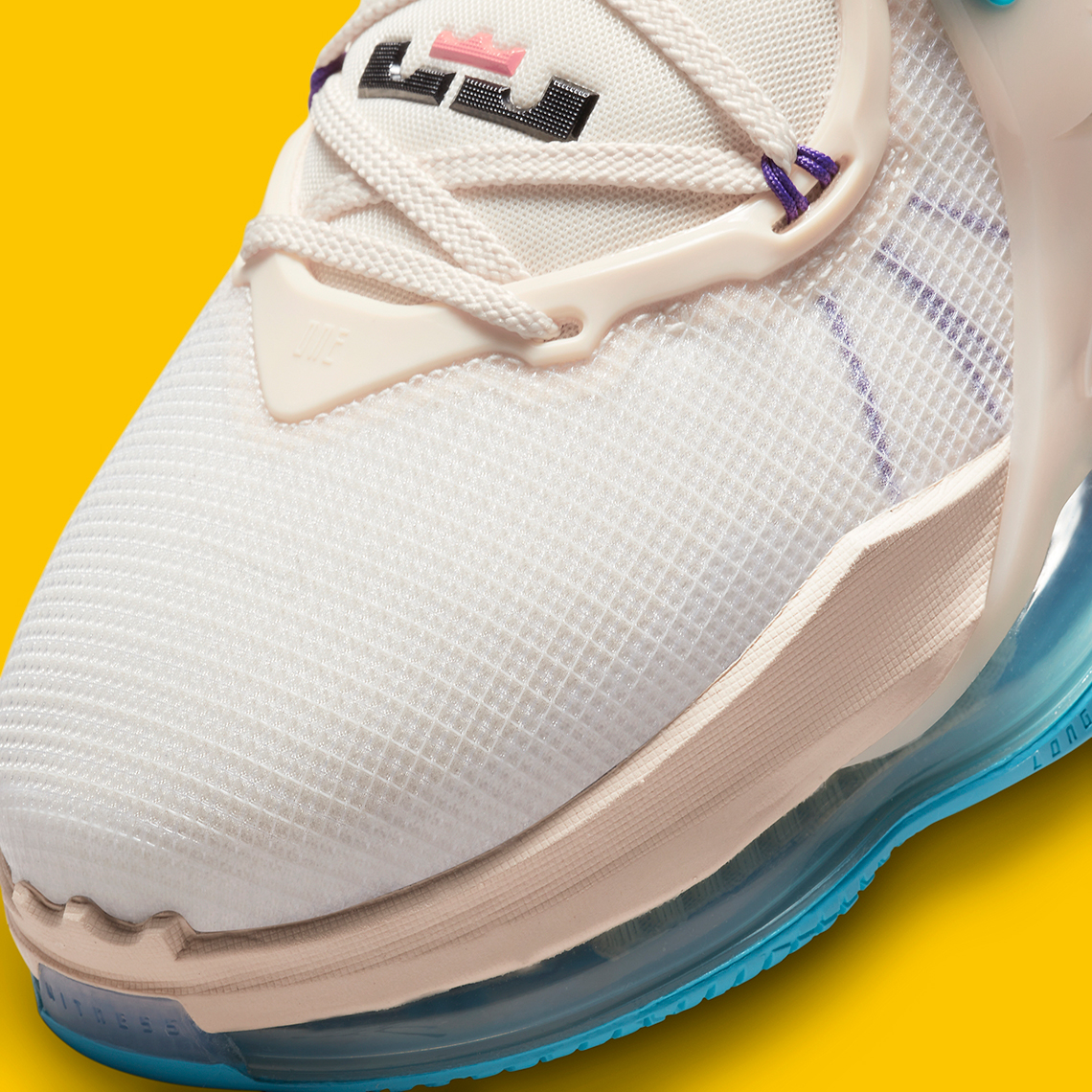