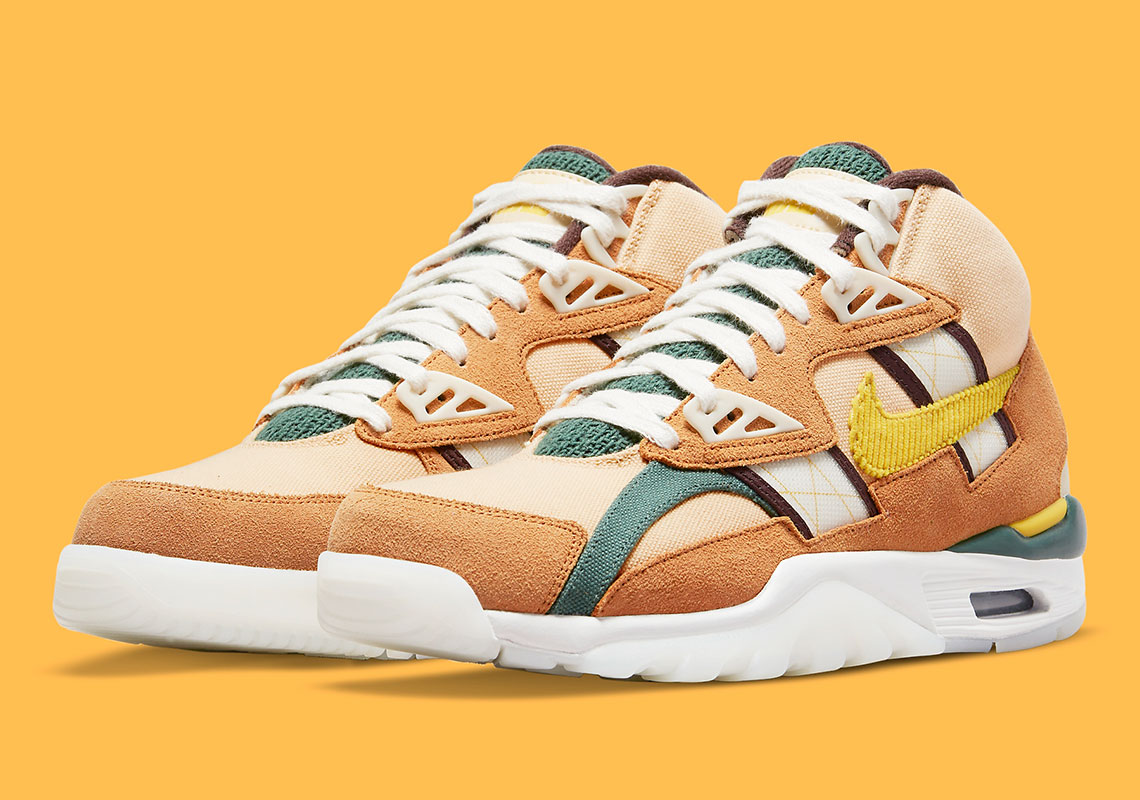 The shoe often associated with Bo Jackson has existed as a relic of Nike’s 90s era of Training shoes. That would be the Air Trainer SC High, a silhouette most commonly remembered in its “Auburn” colorway and more recently in its ATL-specific “Georgia Peach” edition of a few years prior. The Trainer SC has indeed released sporadically year after year, with many of its drops appearing at random and without notice at Nike retailers. That’s what makes the Trainer SC a gem – if you appreciate it, you will seek out.

Coming soon is this new outdoors-friendly iteration that swaps leathers for a canvas till base in tan. The overlays see green and wheat suede, while a corduroy-like texture appears on the yellow Swoosh logo. The thick synthetic panels, which act as lockdown pillars for the lace eyelets, are bordered in brown with yellow fibers running throughout. Completing the look is a brown interior lining and a milky white translucent outsole.

This Nike Sportswear classic is likely to appear at retailers in early 2022, so stay tuned for updates on availability. 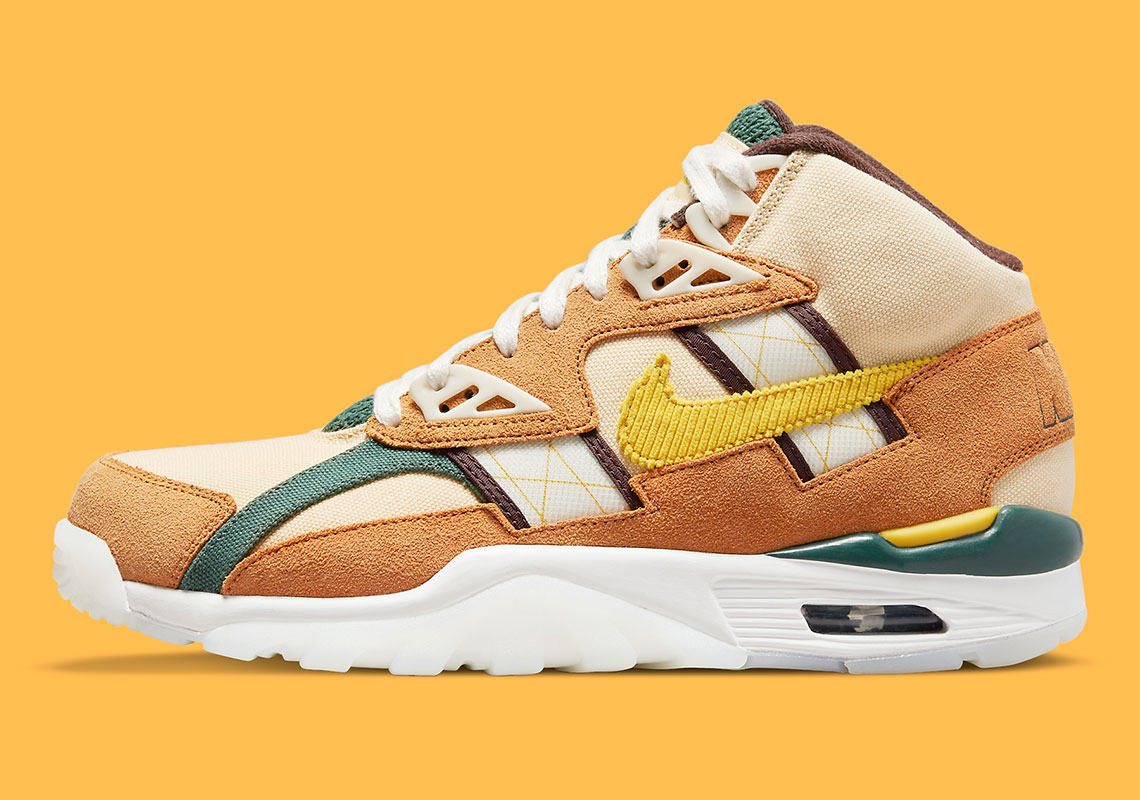 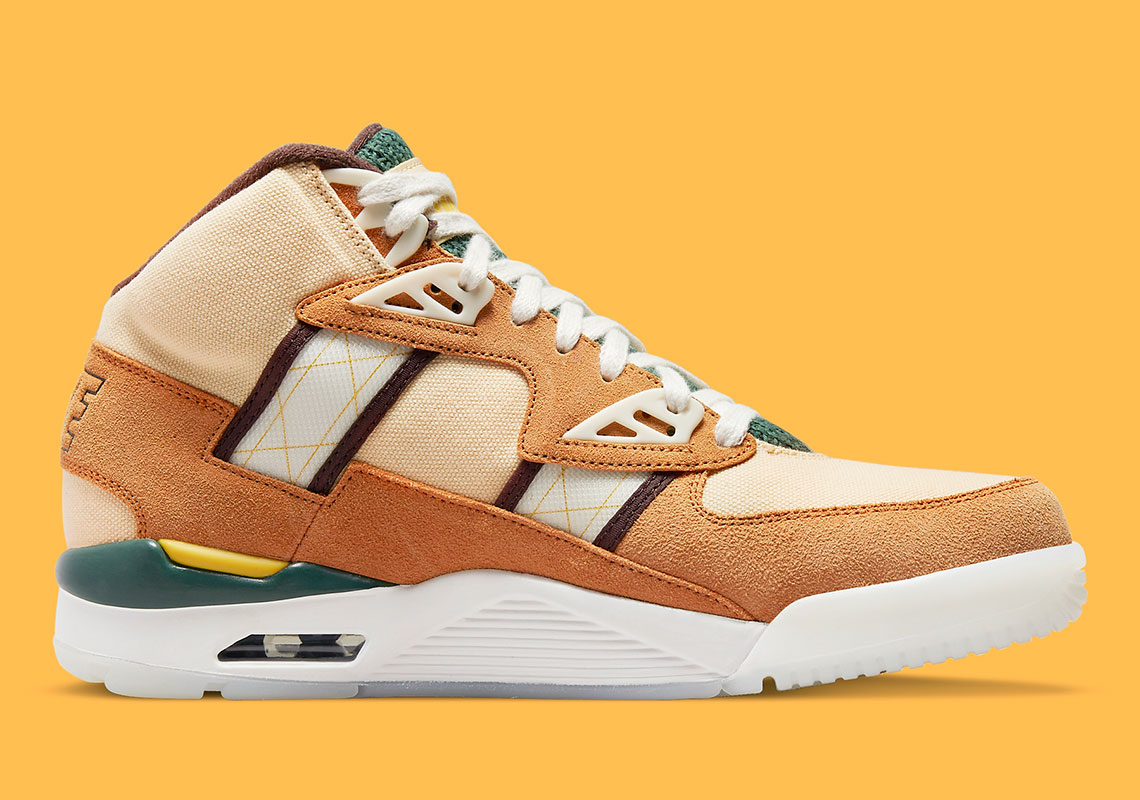 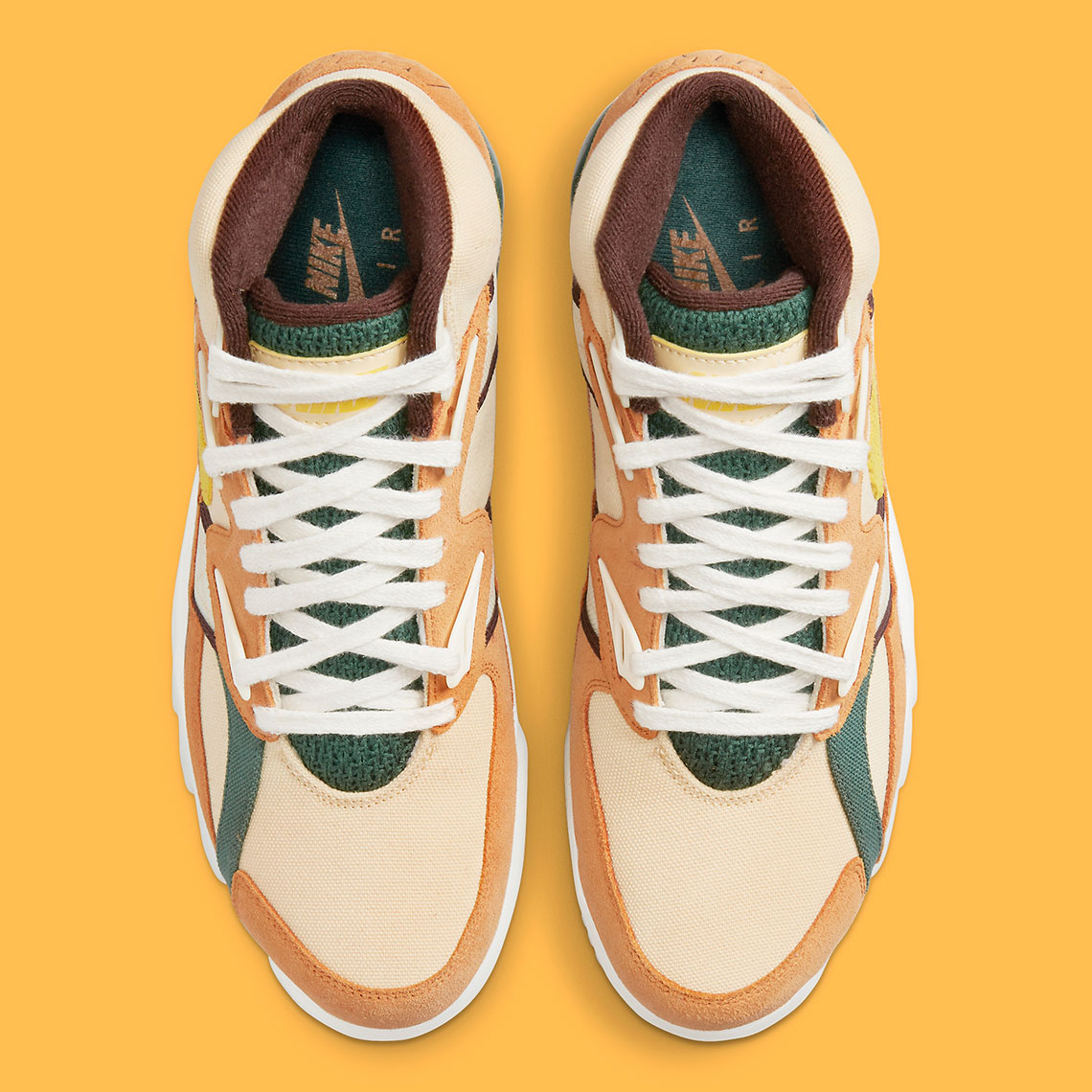 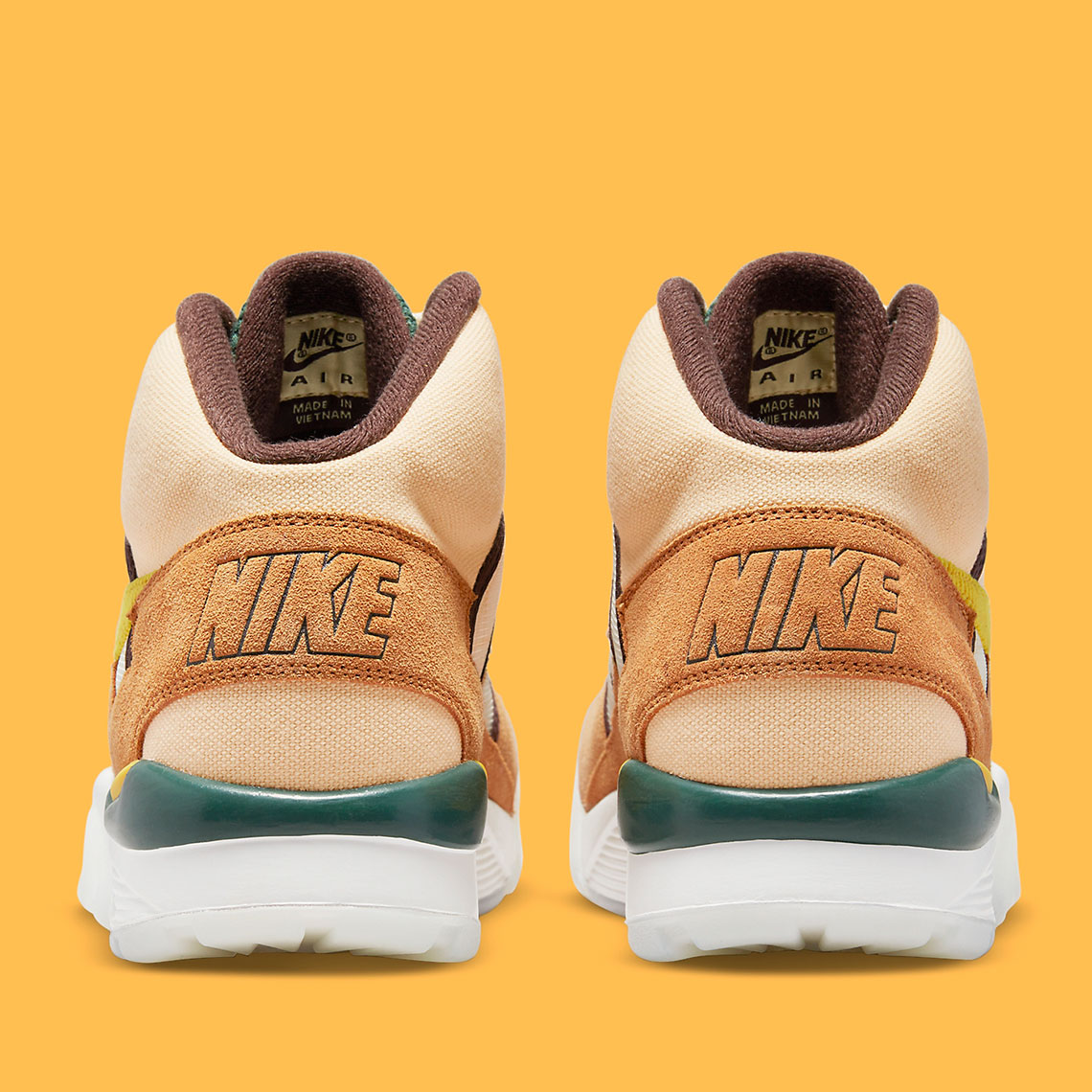 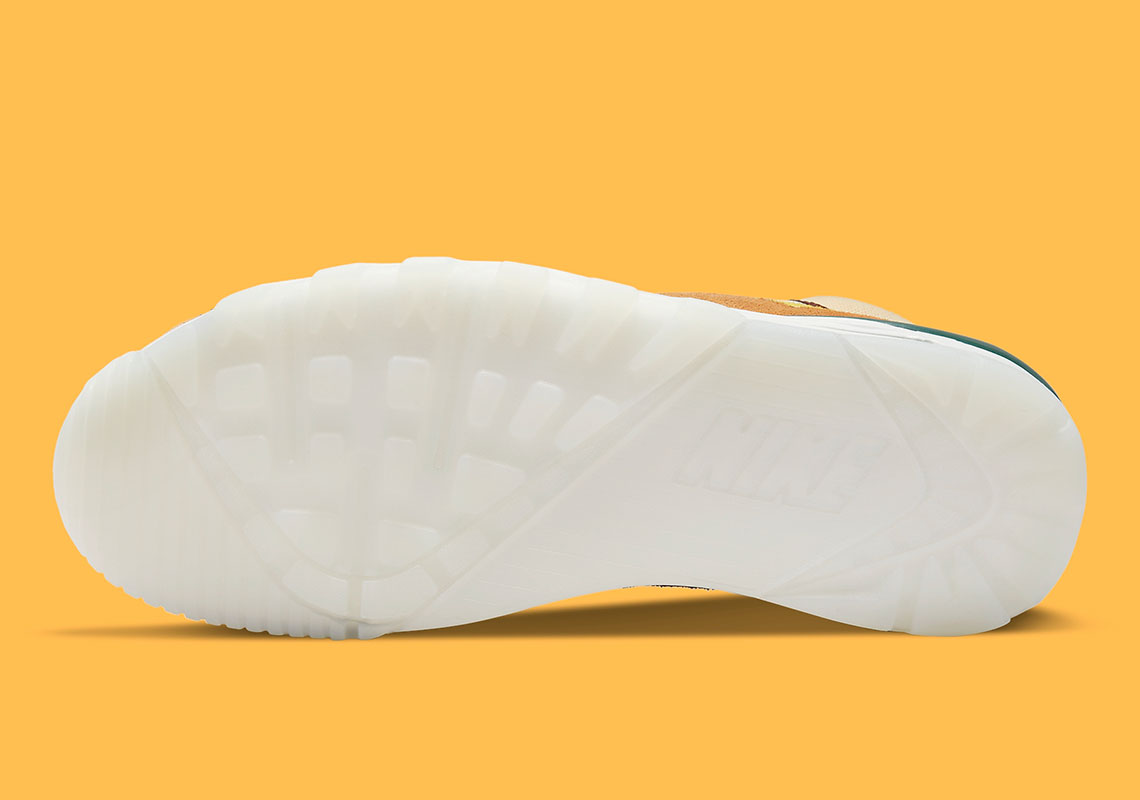 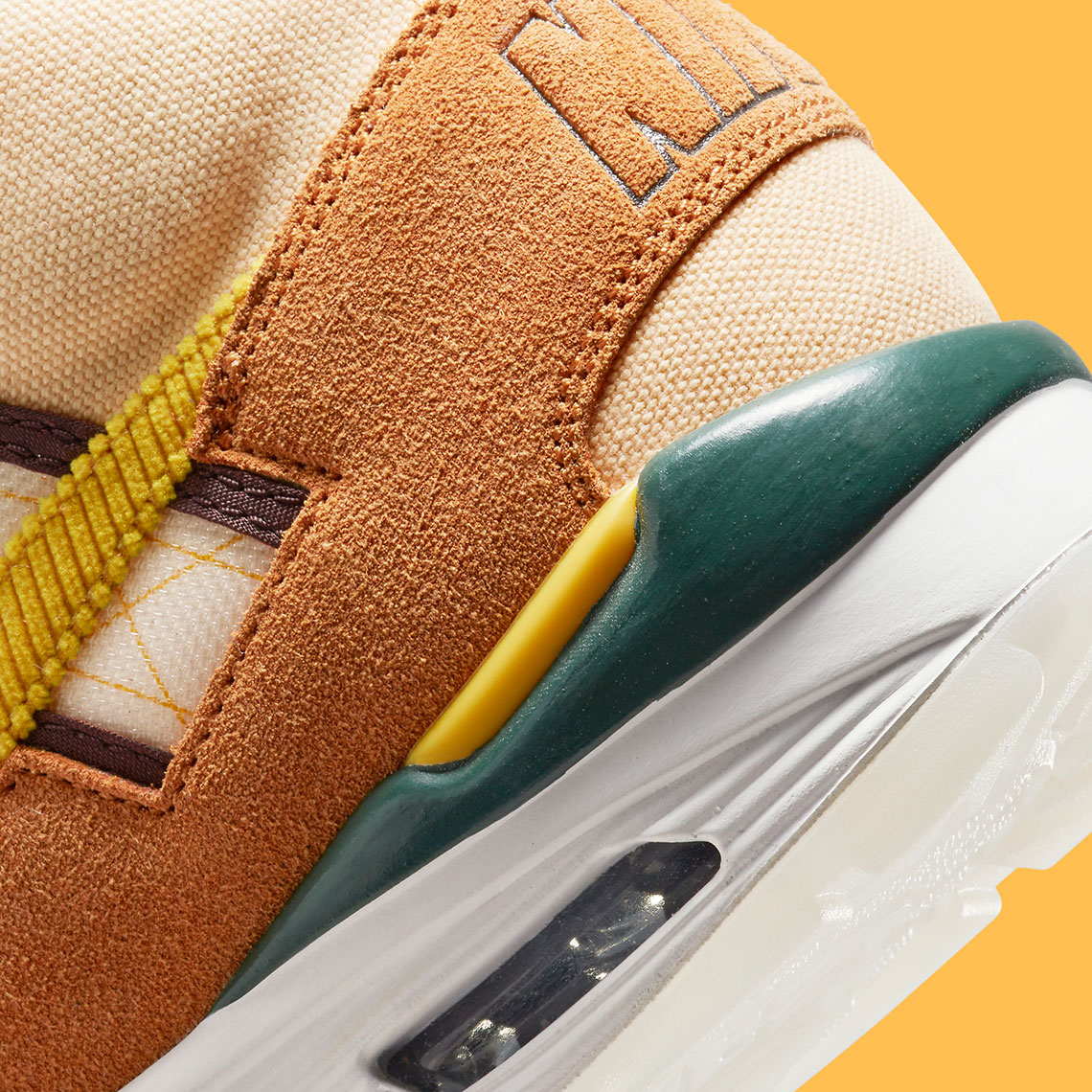 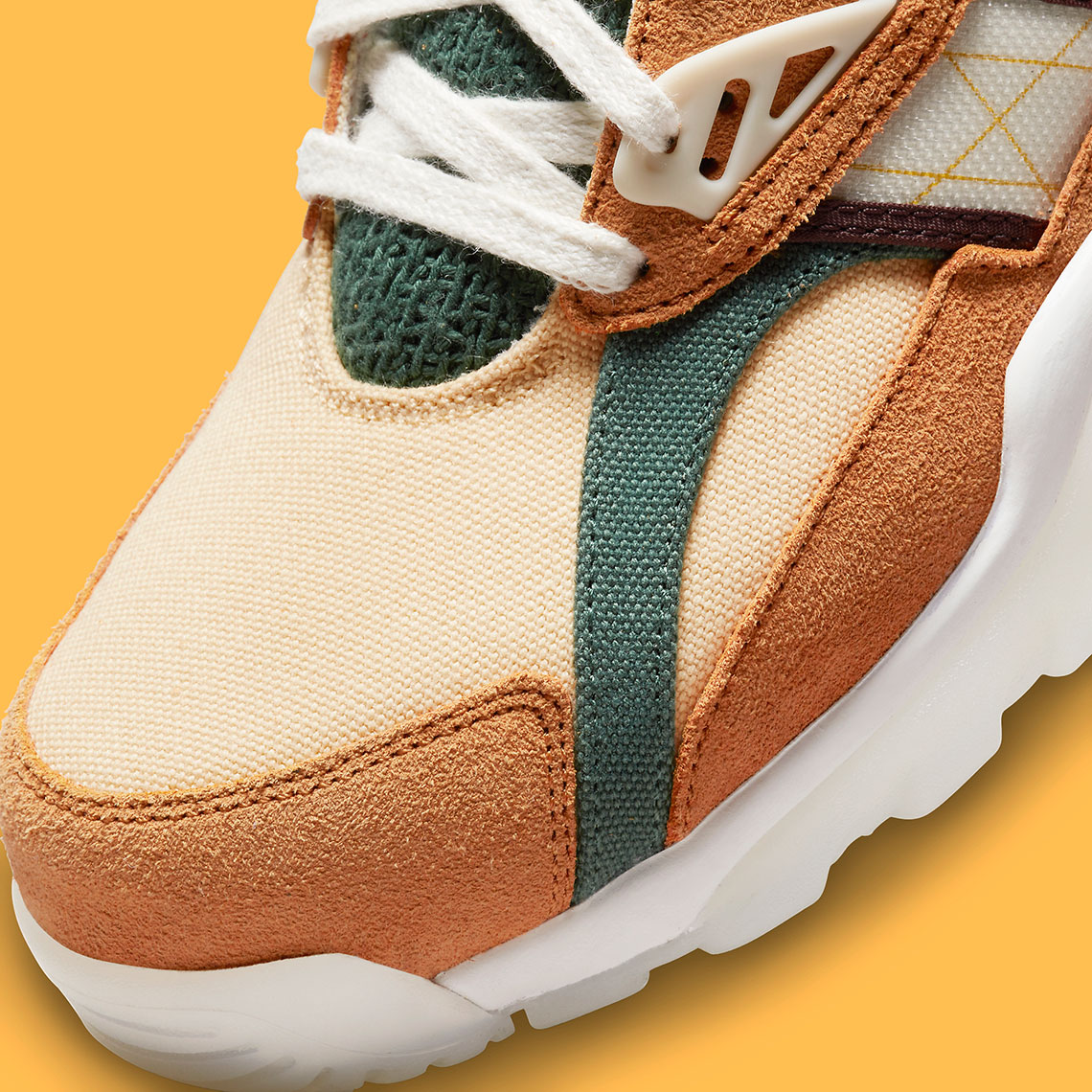