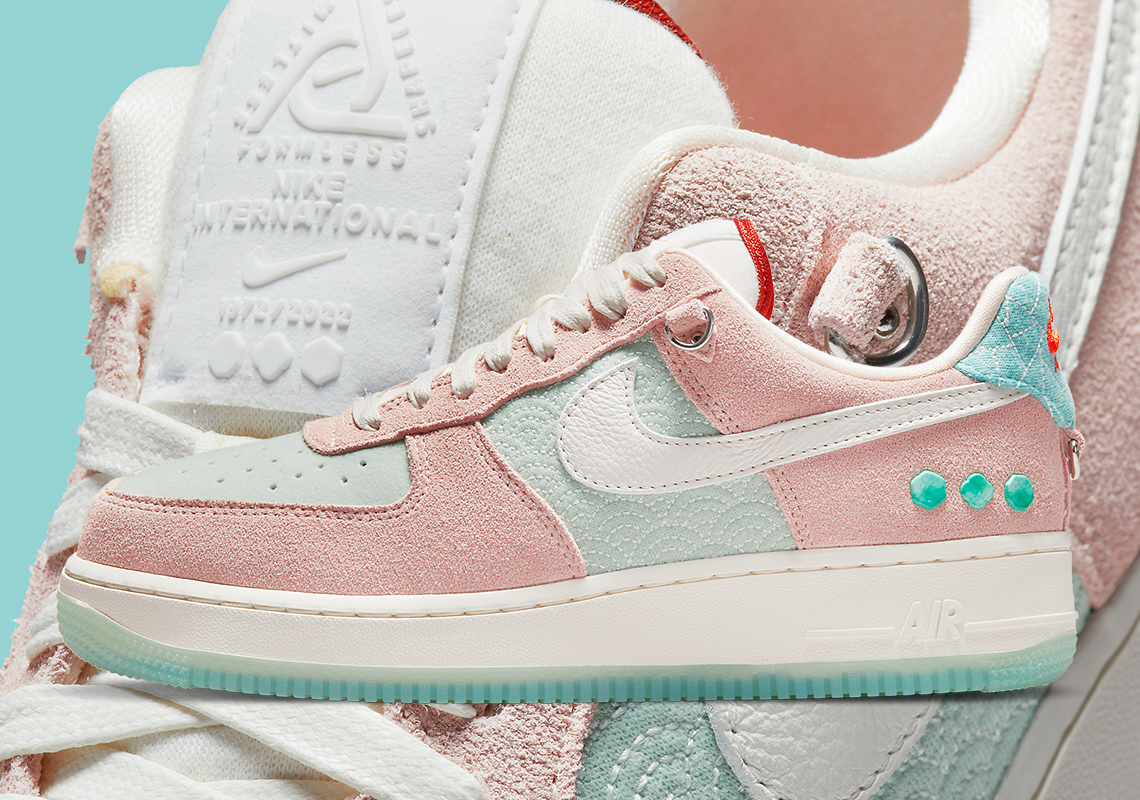 Nike Celebrates The 40th Anniversary Of The Air Force 1 With The “Shapeless, Formless, Limitless” Colorway

In honor of the Air Force 1‘s 40th anniversary, Nike has prepared a number of limited-edition colorways, which have incorporated both retro and Eastern influences alike. The brand’s latest reveal — the “Shapeless, Formless, Limitless” — more closely follows the “Nai Ke” pair’s example with its exploration of East Asian aesthetics.

Whereas the “Nai Ke” looked towards Japan, this iteration seems to draw from China, as it adds jade adornments to the back heel. These total to three much like the parts of the aforementioned theme, whose core pillars dress the heel and newly customized tongue label. And in addition, the latter features “NIKE INTERNATIONAL” branding and what looks to be individual numbering (this shoe being 1972 of 2022). Embroidered patterns, then, mark the mid-panel and heel tab, likely referencing traditional motifs atop the blue backdrops. Light pink suedes layer atop, an inclusion that, even despite the metallic hardware, grounds in its more simple execution.

For a closer look, check out the official images below. Details surrounding the colorway’s story and release date are sure to surface in 2022.

Before then, though, the Jumpman will close out the year with the Air Jordan 1 Patent Bred. 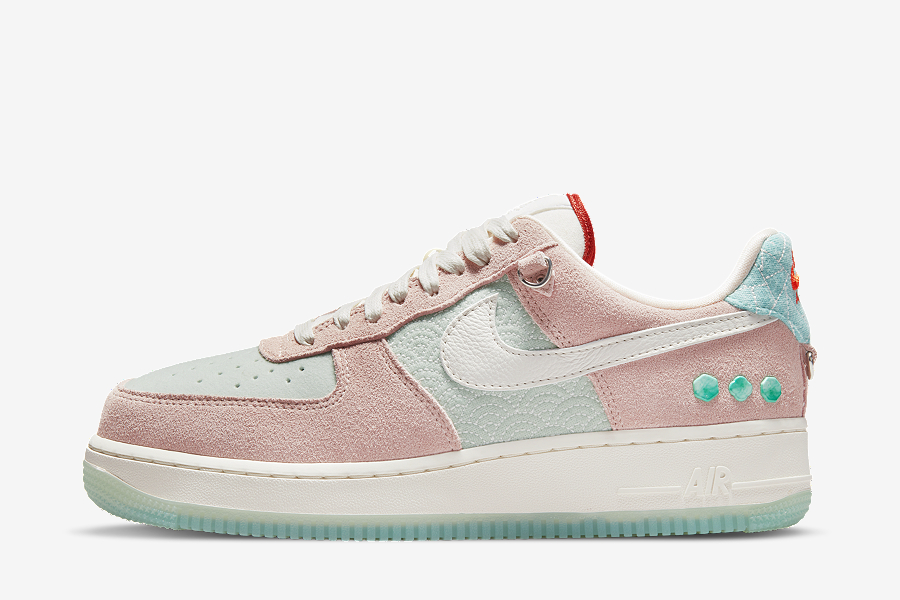 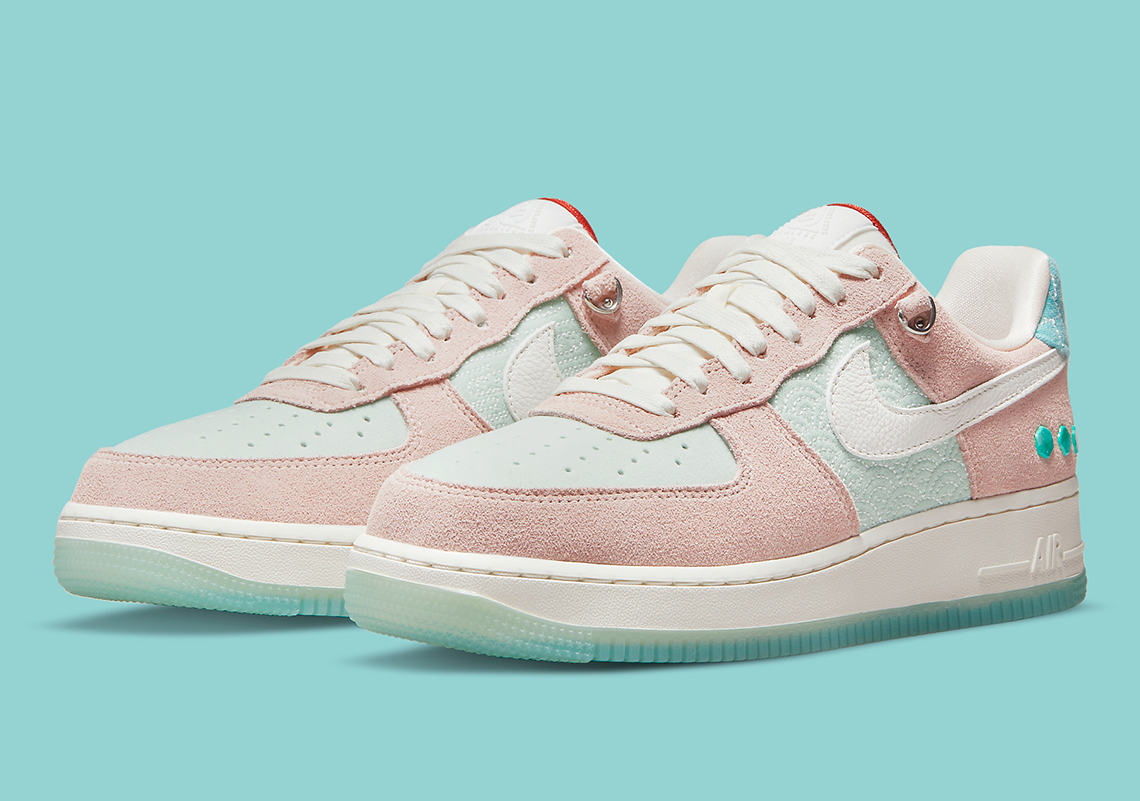 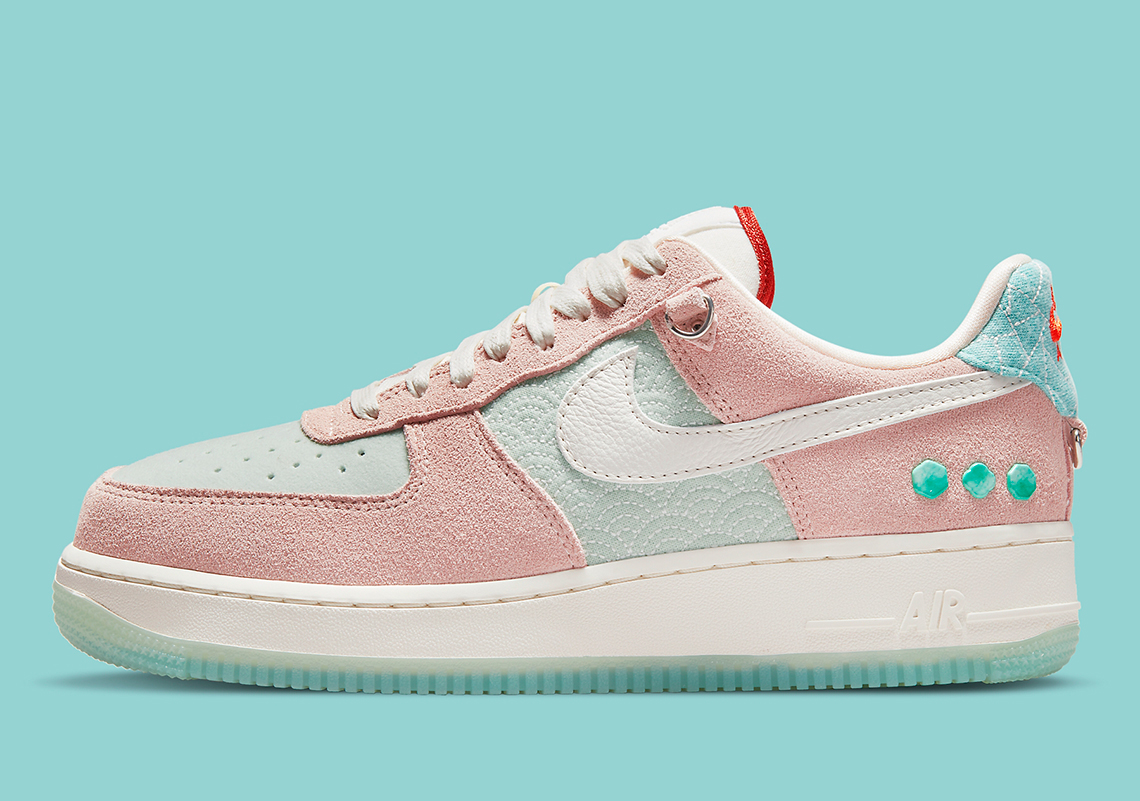 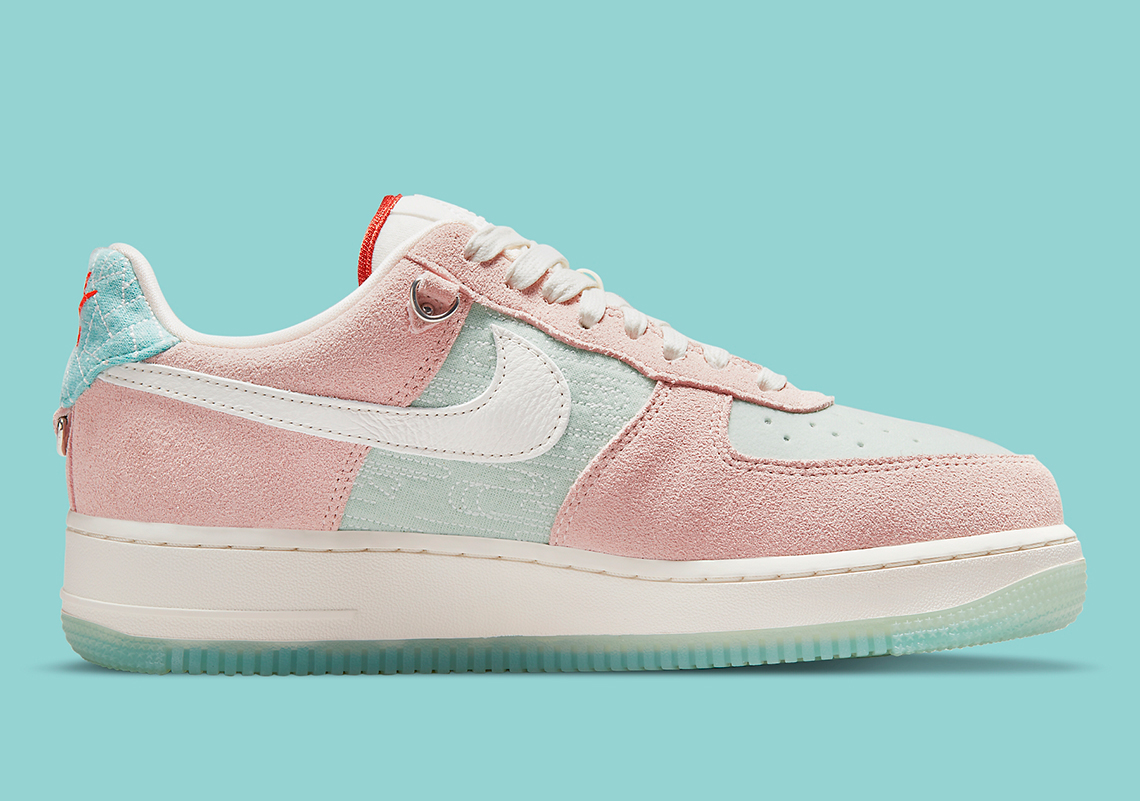 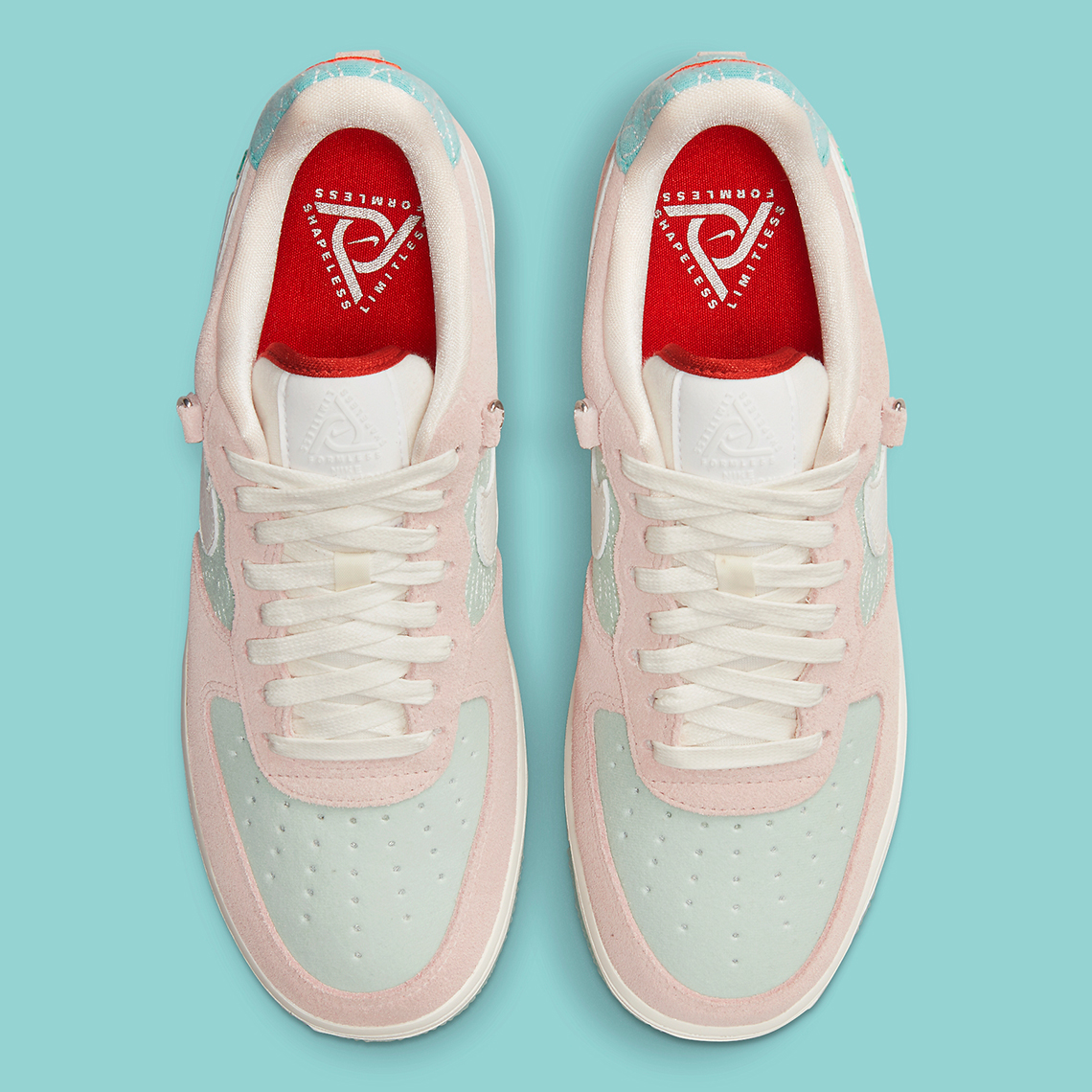 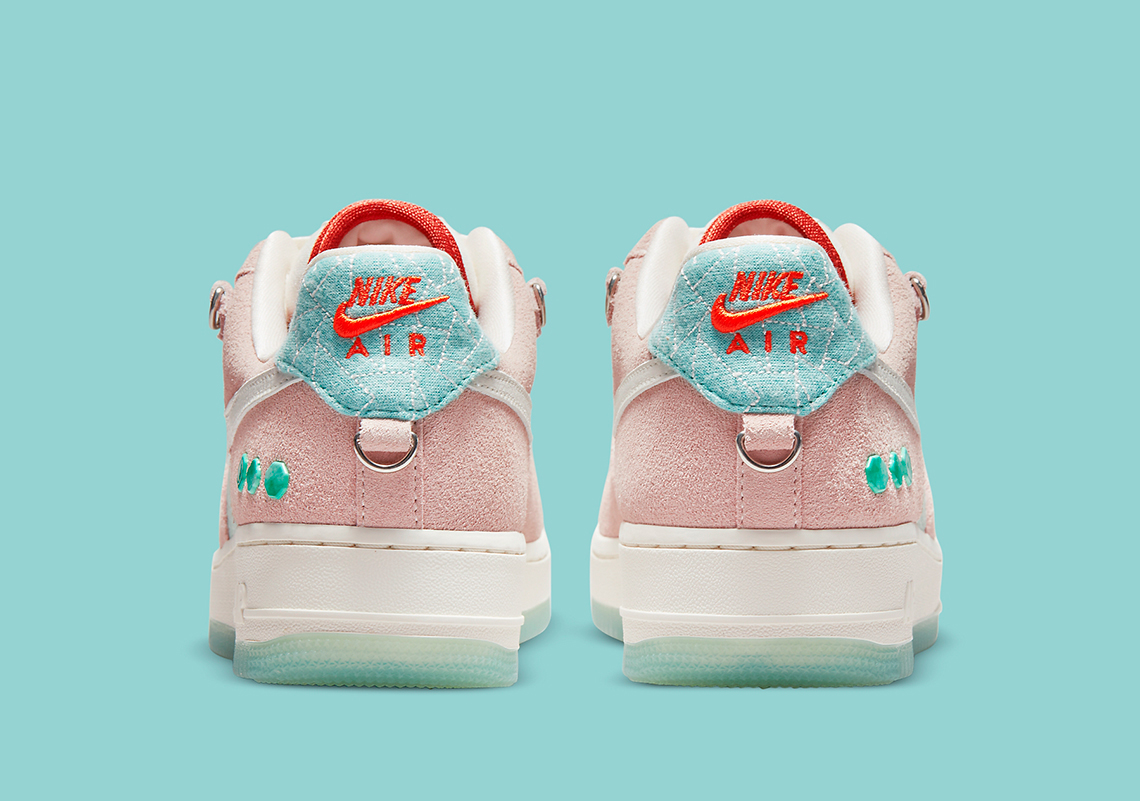 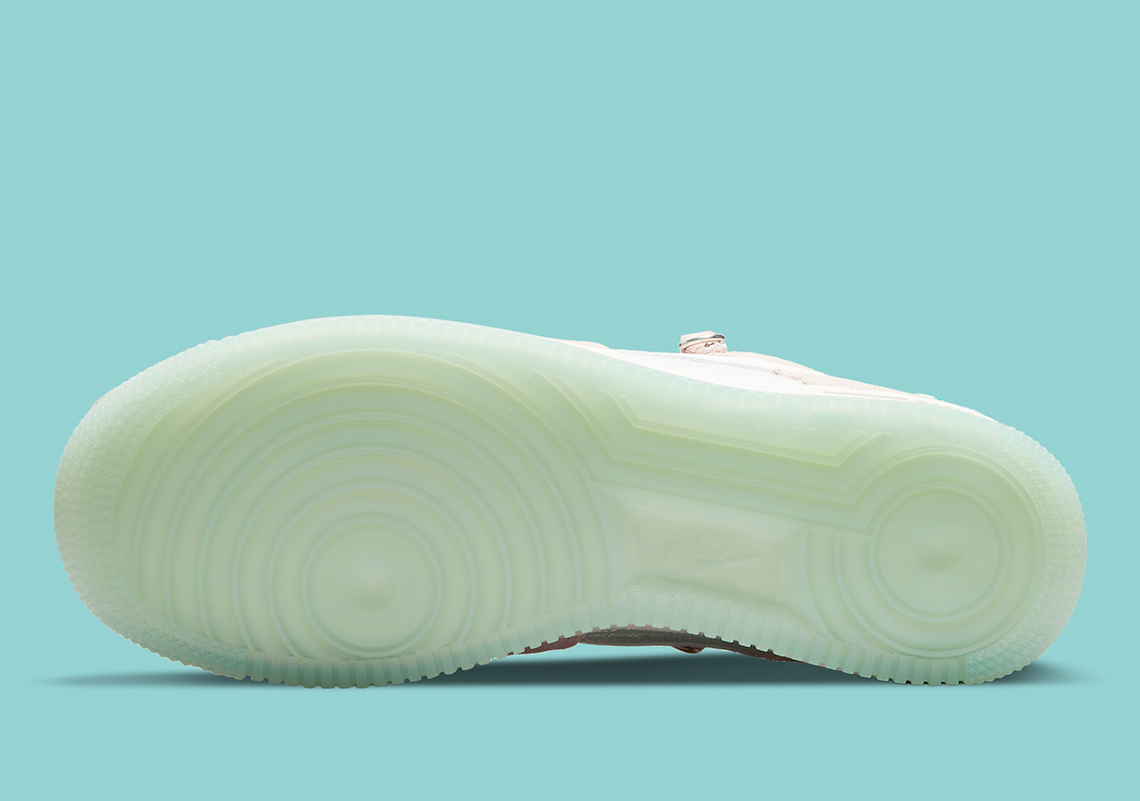 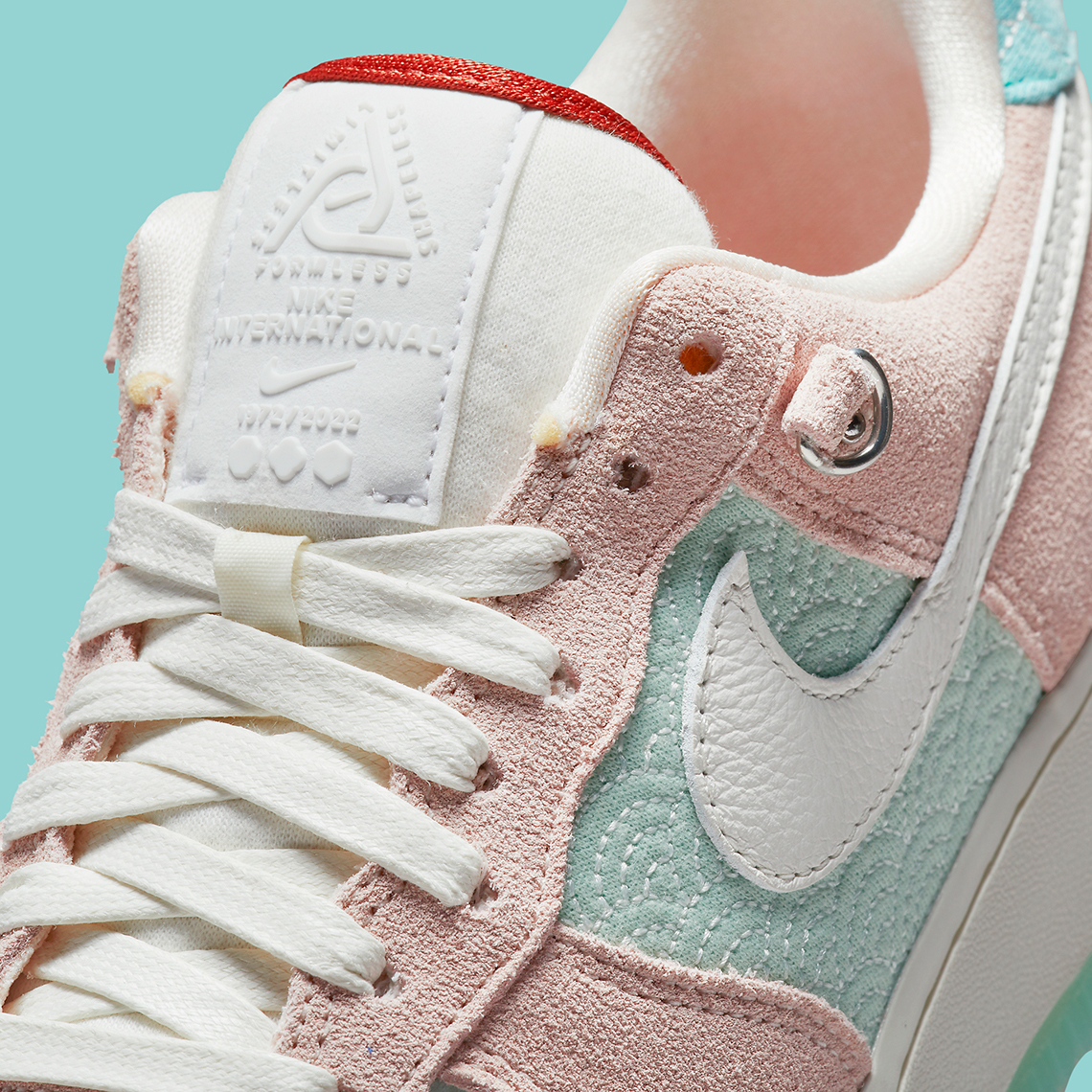 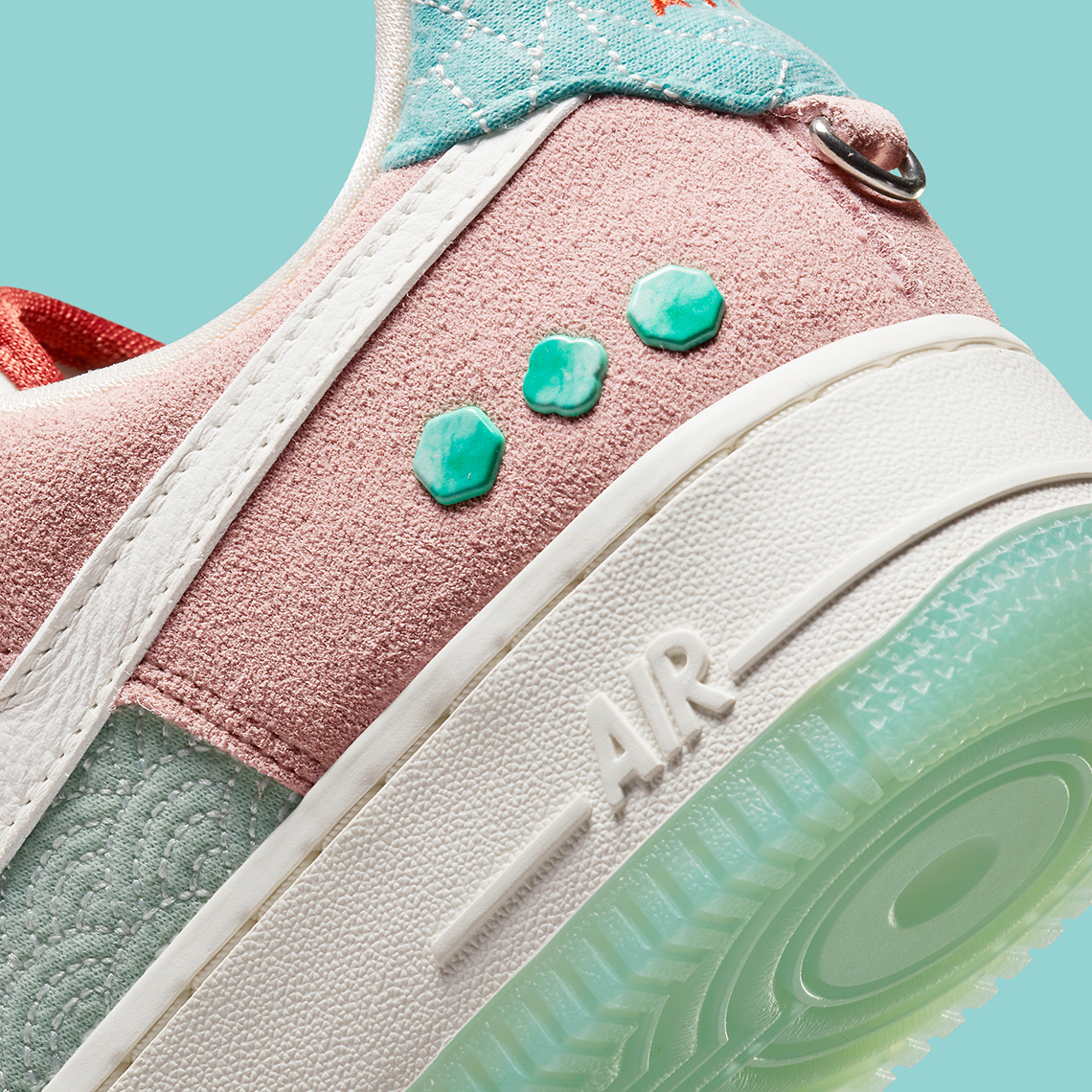 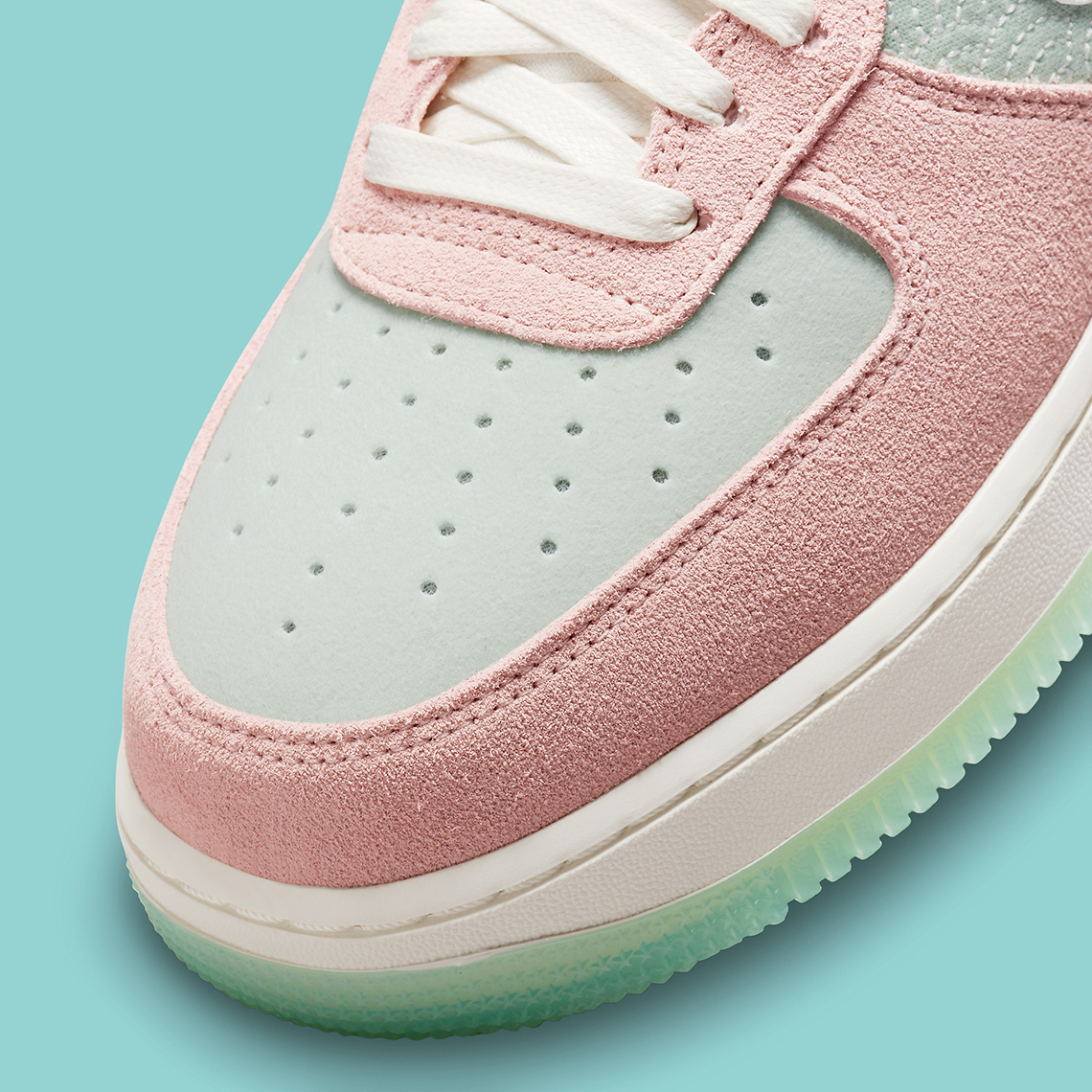 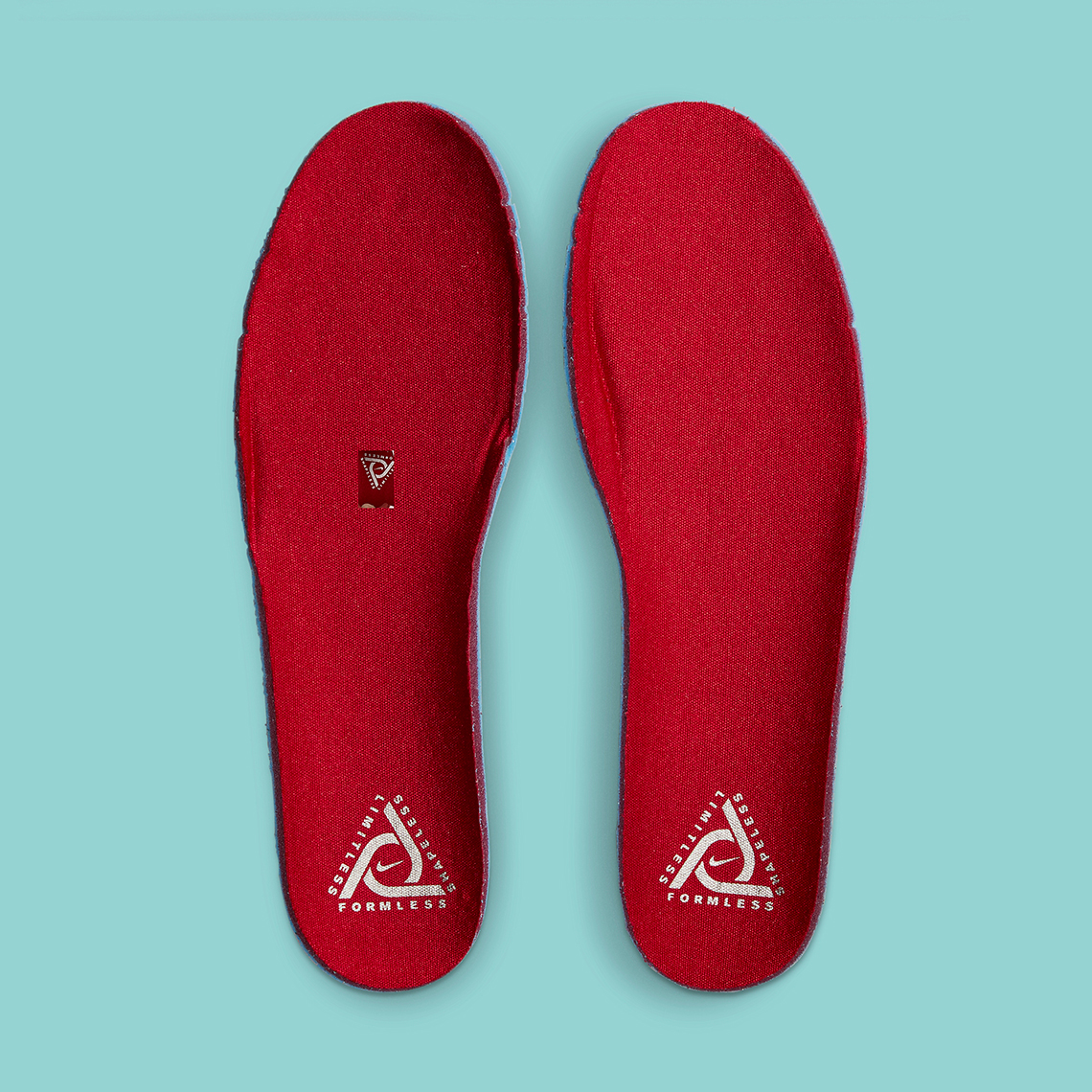 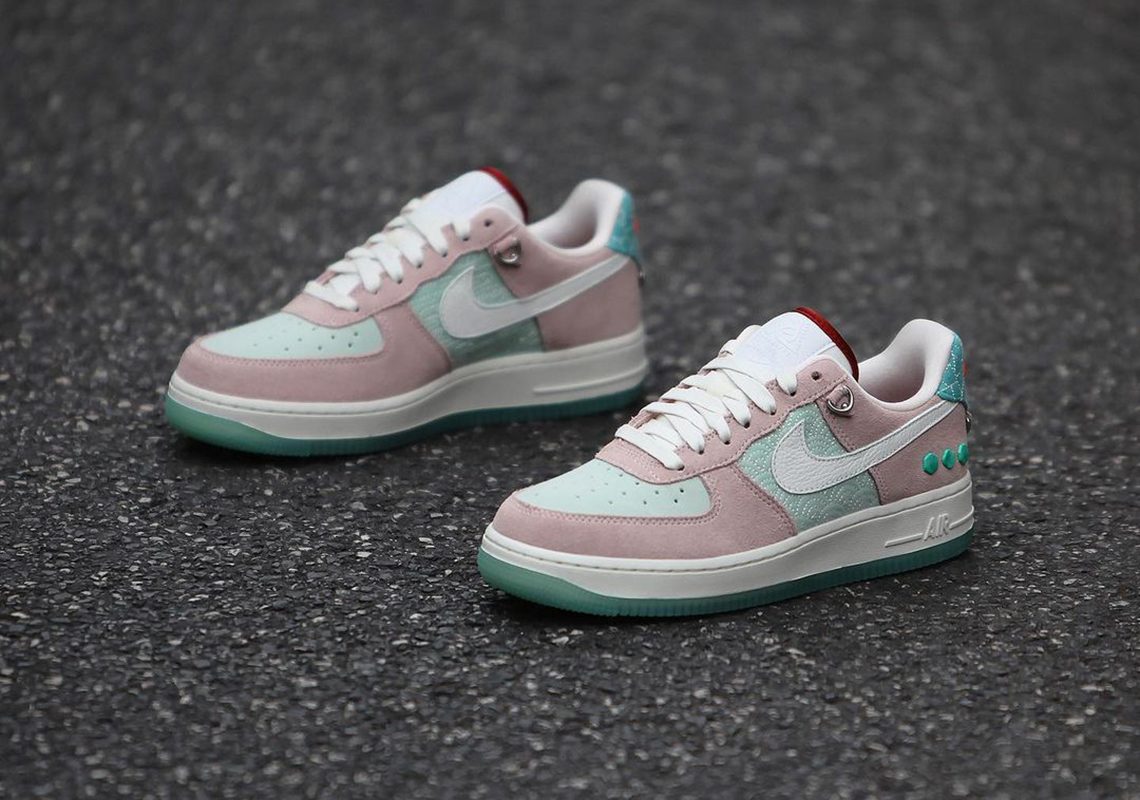 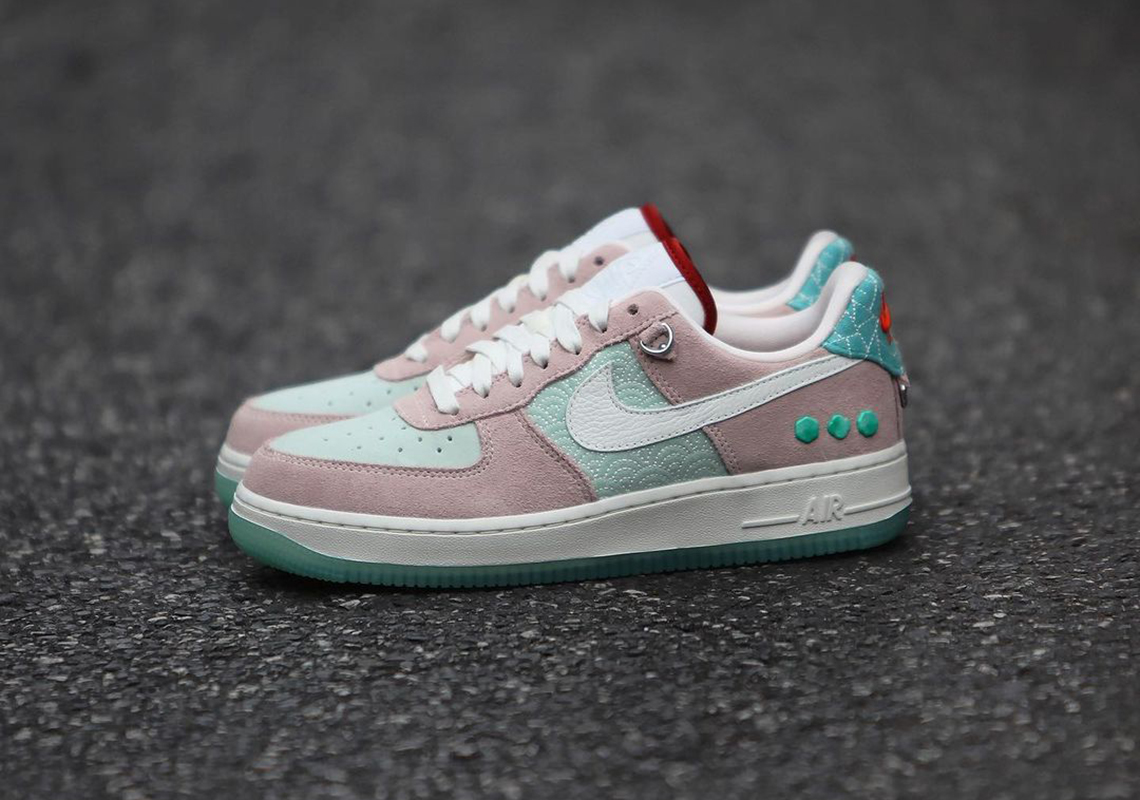 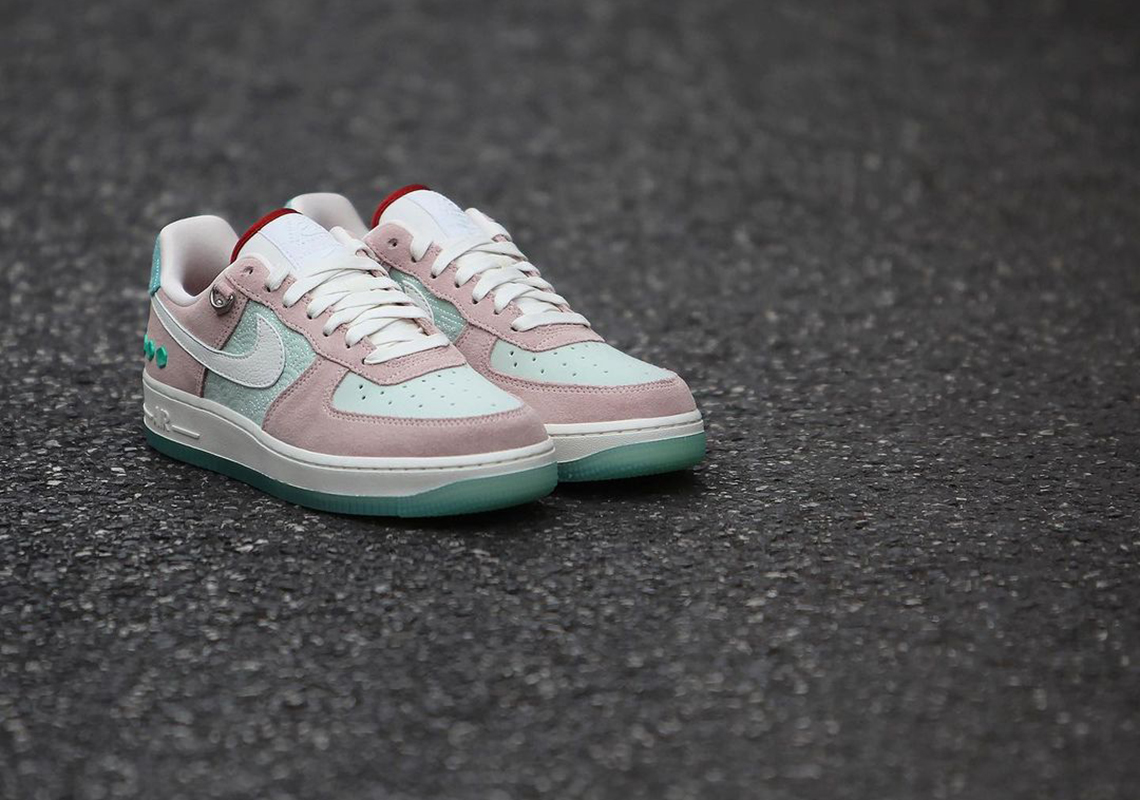 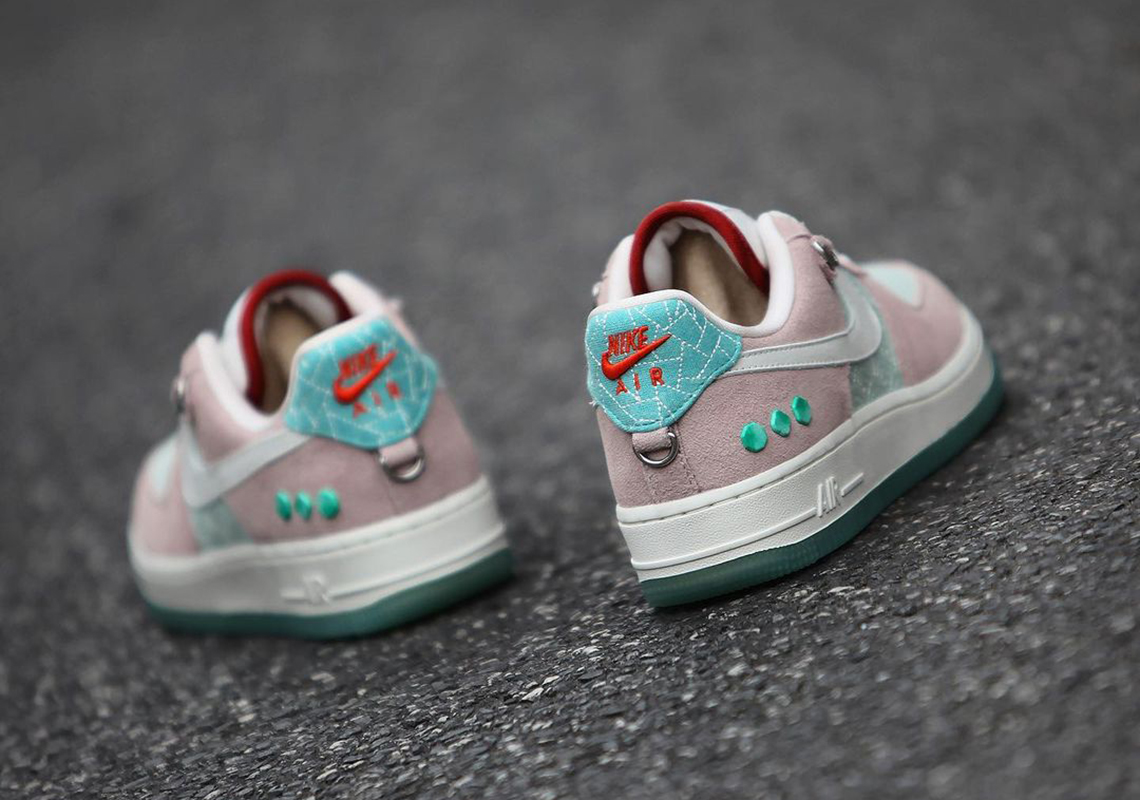 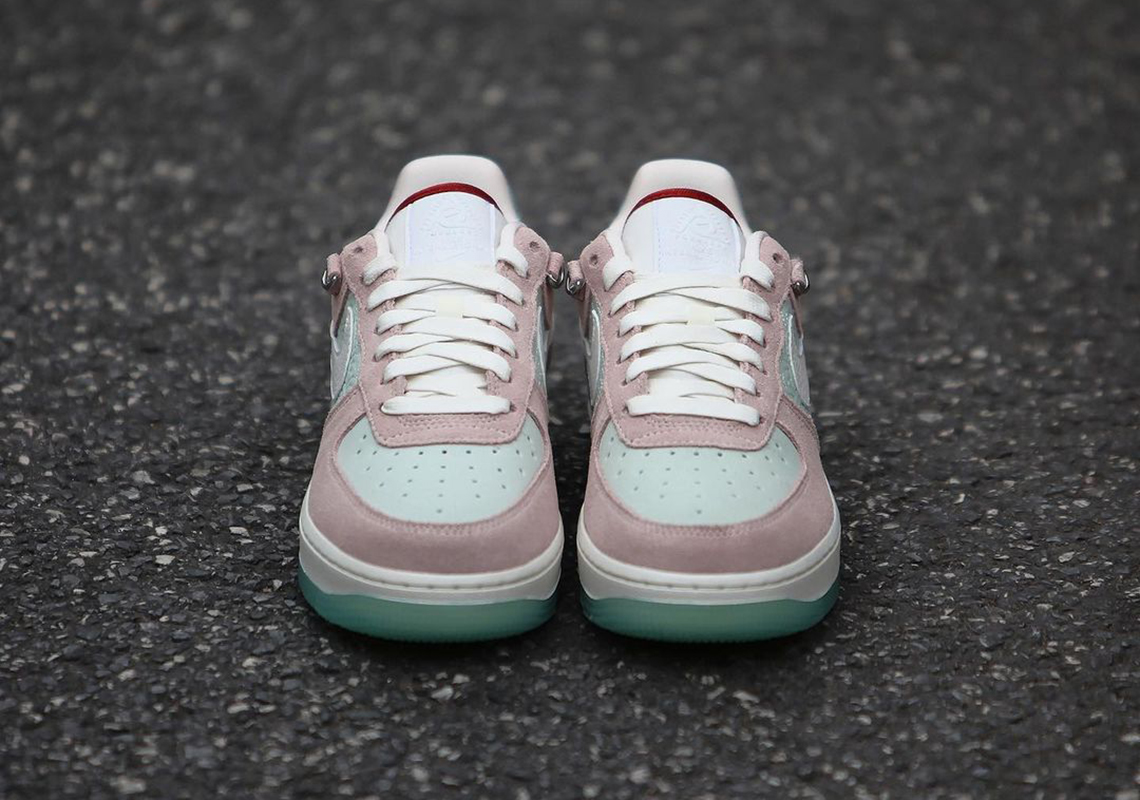