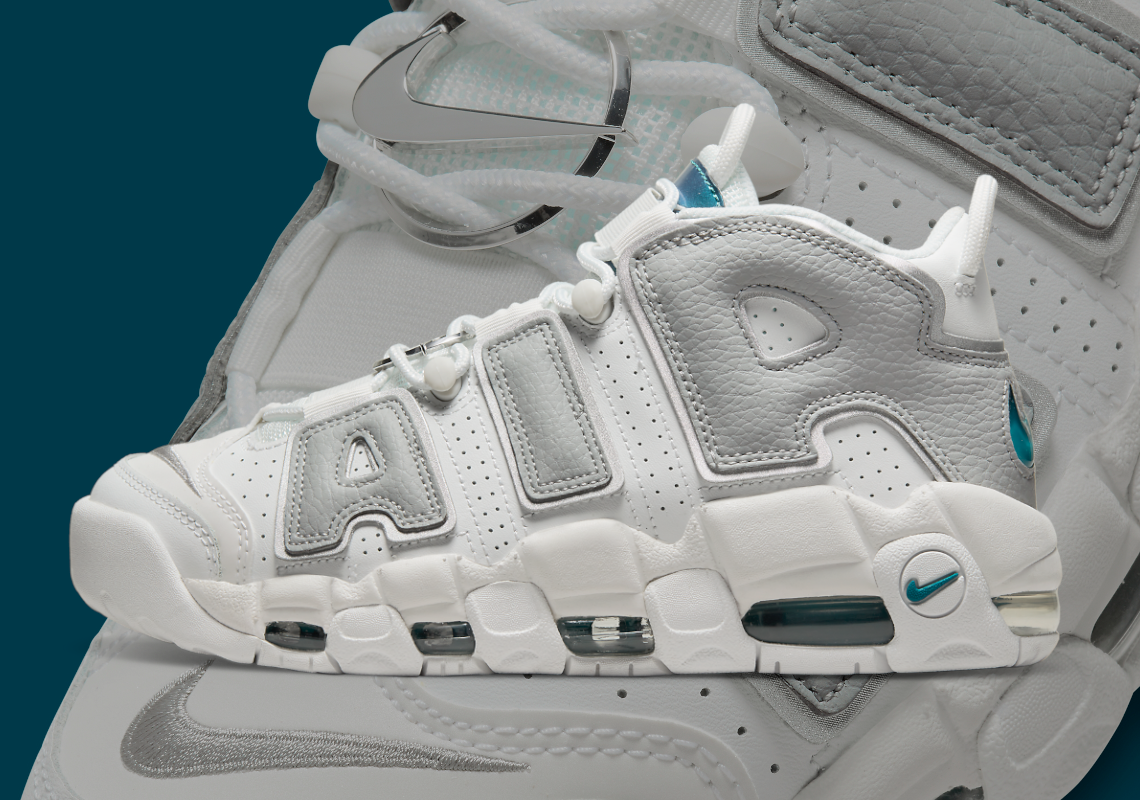 Over the last handful of years, several of Nike Basketball’s designs from the 1980s have dominated sneaker rotations for their sleek, timeless style. In the same time frame, the hoops-obsessed team has also celebrated some of its more technical models’ anniversaries, like the Nike Air More Uptempo‘s 25th birthday in 2021.

Recently, the Scottie Pippen-associated silhouette emerged in a greyscale ensemble accompanied by both “Metallic Teal” flair and silver accessories. Reminiscent of a women’s Air Max Plus that surfaced at the end of last year, the upcoming Uptempo maintains most of its upper and sole unit in either clean white or grey, the latter taking over the pair’s signature “AIR” lettering at the profiles. Contrasting “Metallic Teal,” then, appears across additional branding and the Air Max unit underfoot; mesh tongues also reveal a hit of the greenish tone, but their most notable detail is the silver swoosh ring attached to its laces. No other jewelry is found across the shoes, but the logos at the spine and throughout the tread deliver more eye-catching flair to the Air More Uptempo.

A firm Nike.com release date hasn’t been disclosed by the brand, but that’s likely to change in the coming weeks. As you wait, enjoy official images of the pair ahead.

For modern-day basketball footwear, check out the LeBron 19, which recently appeared in the Nike Doernbecher Freestyle 2022. 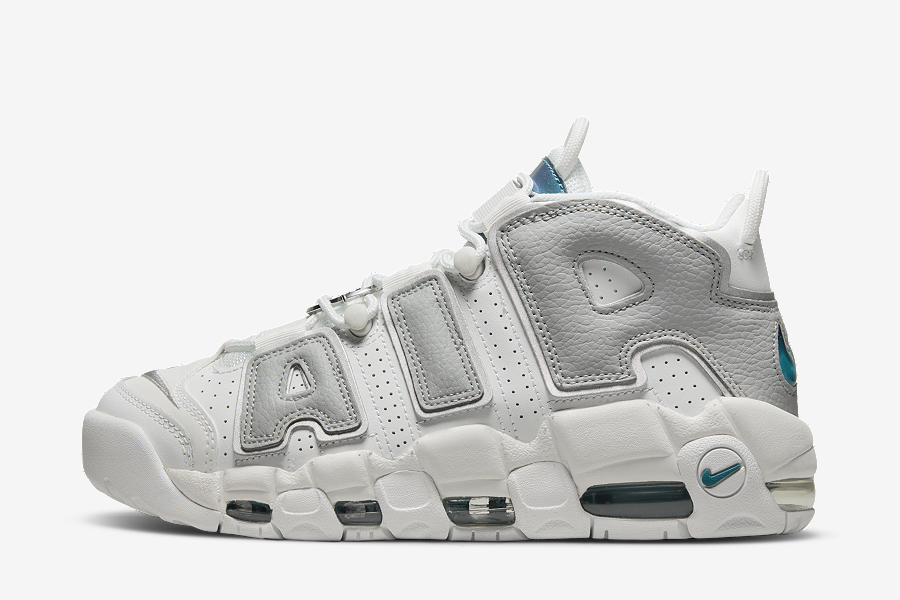 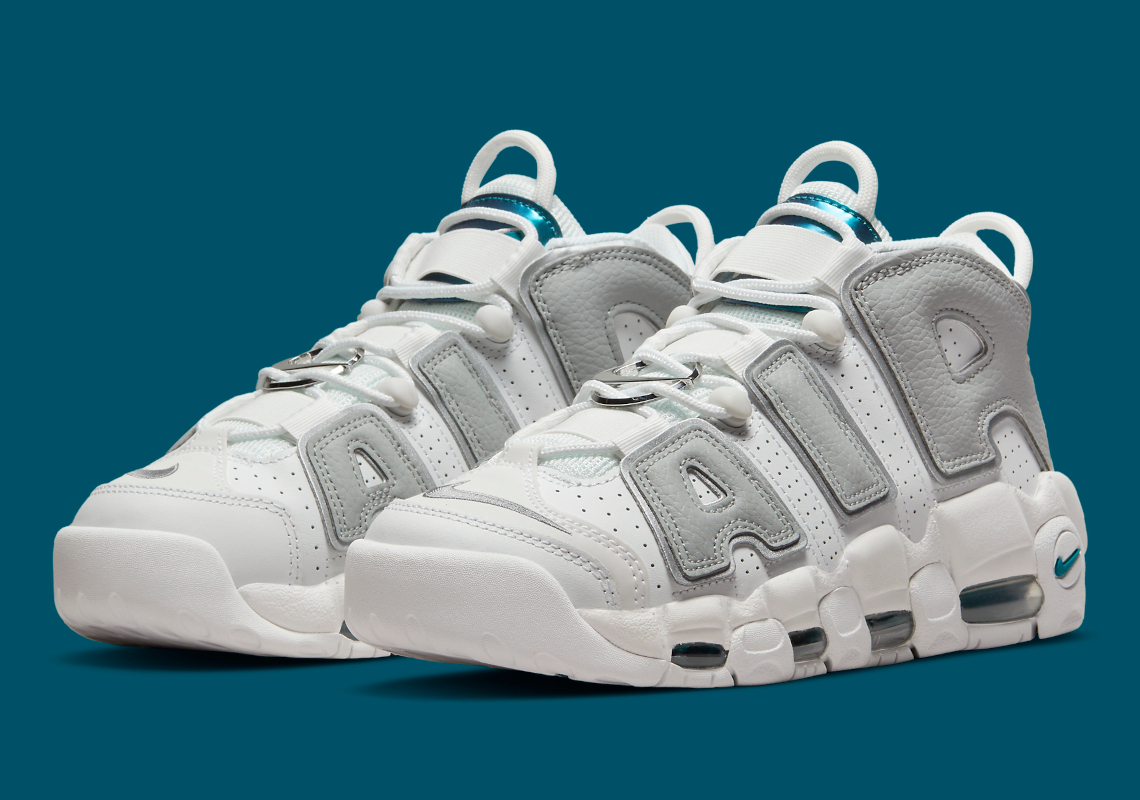 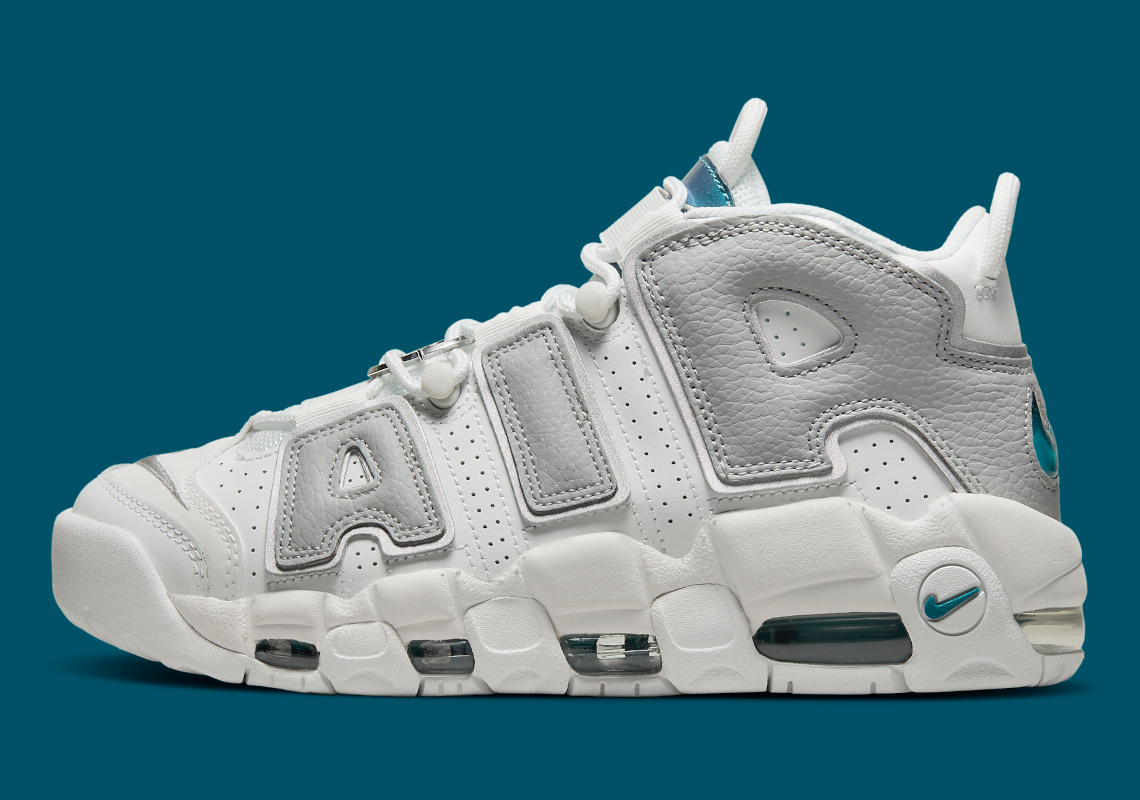 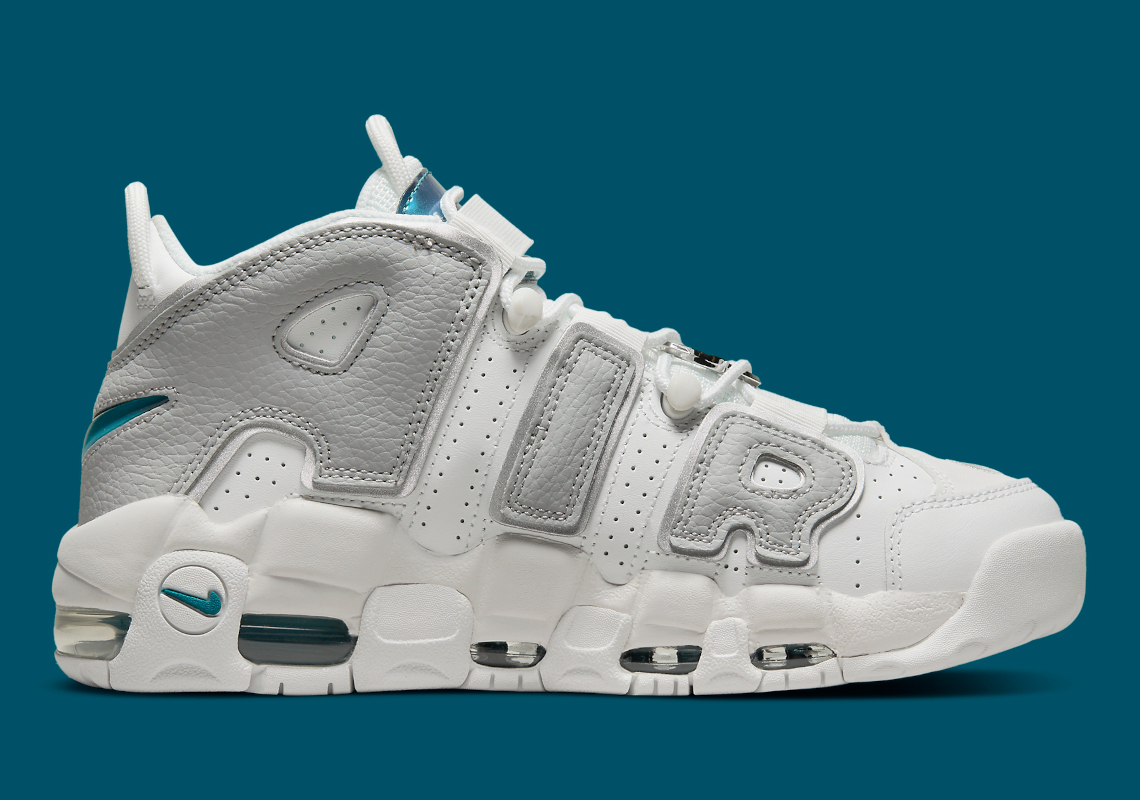 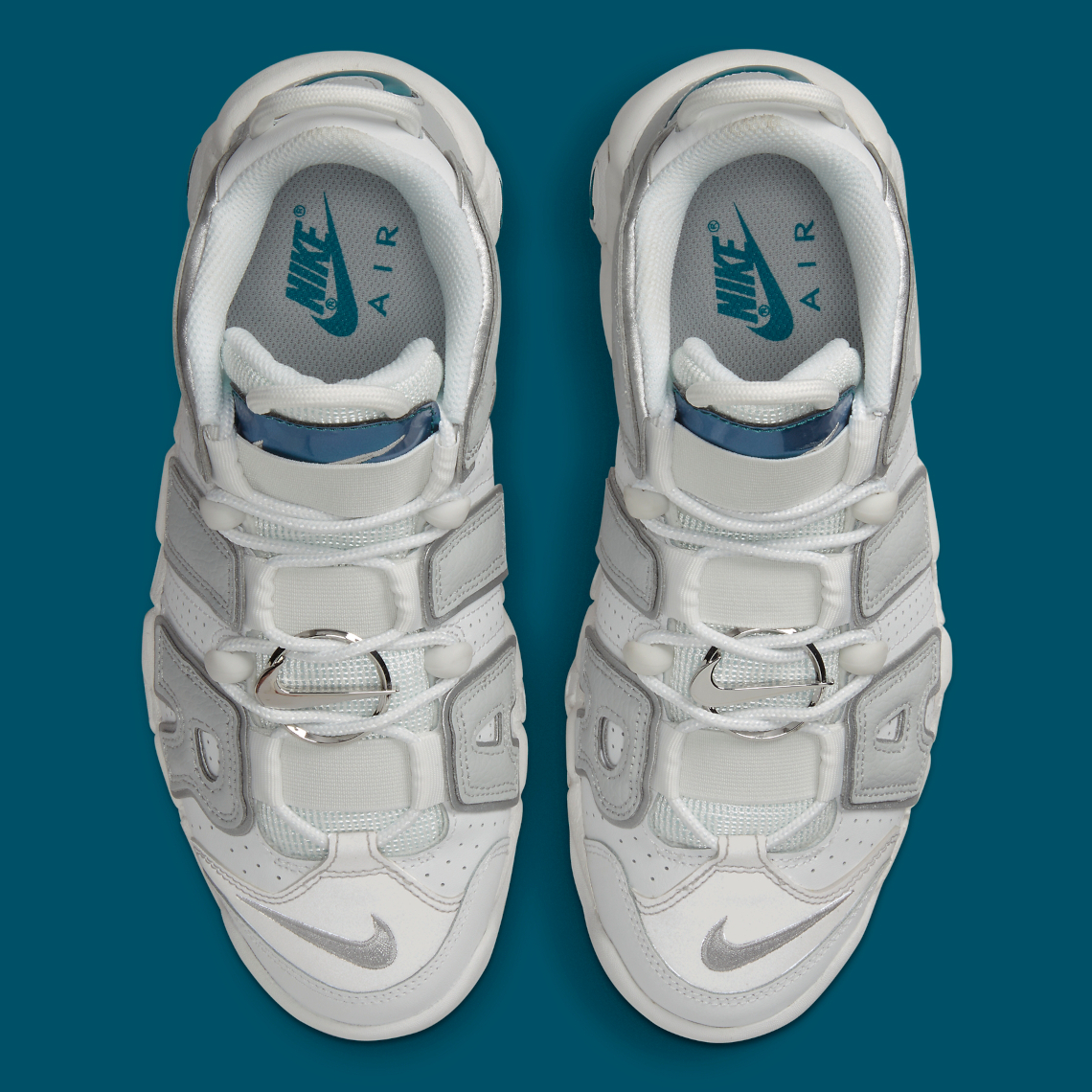 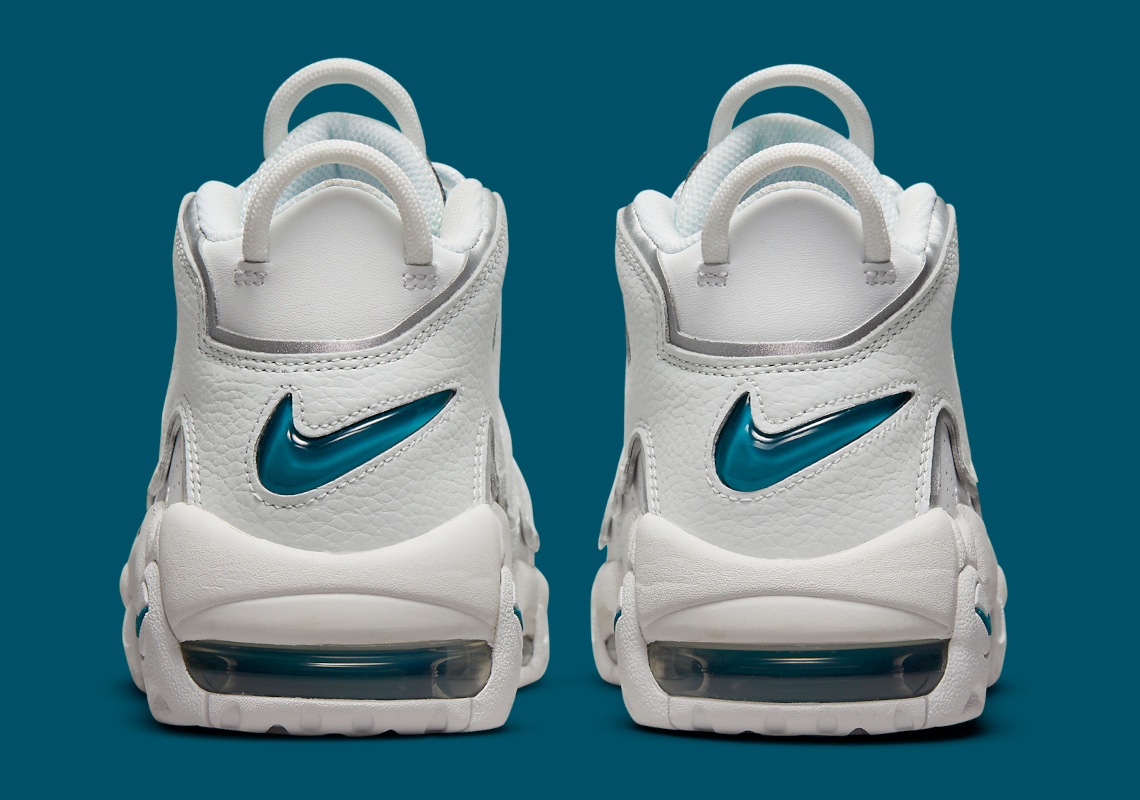 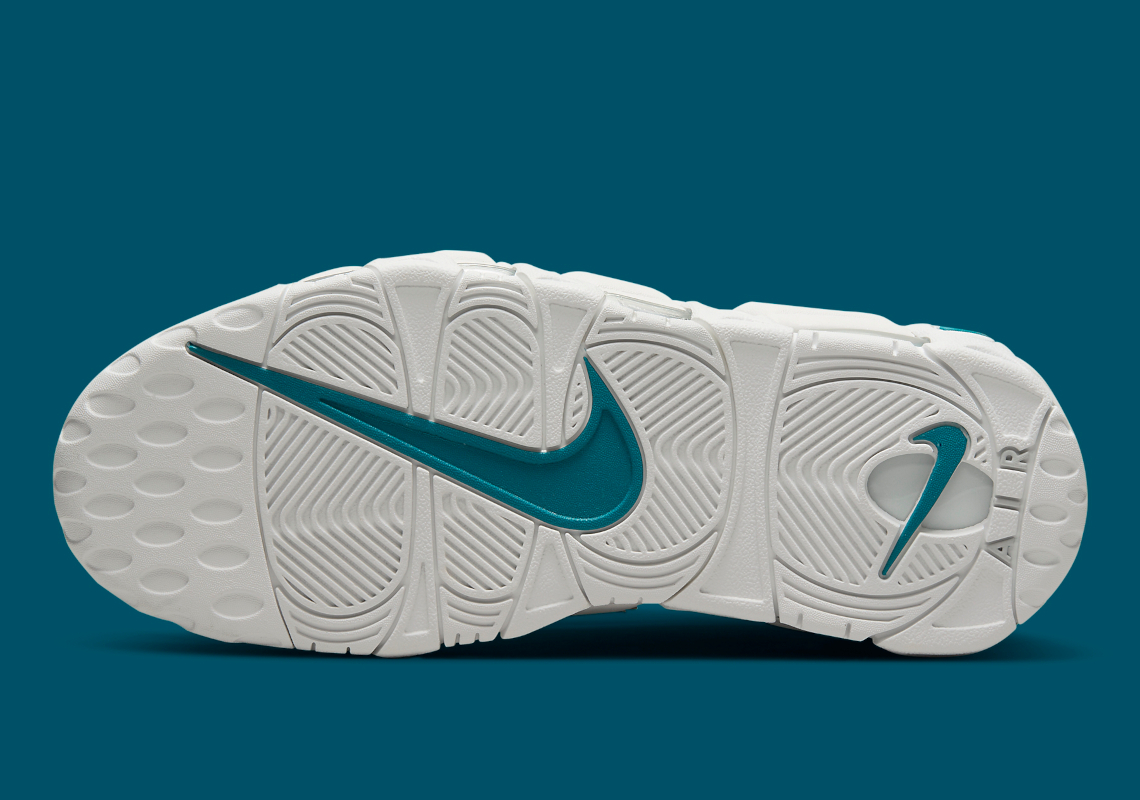 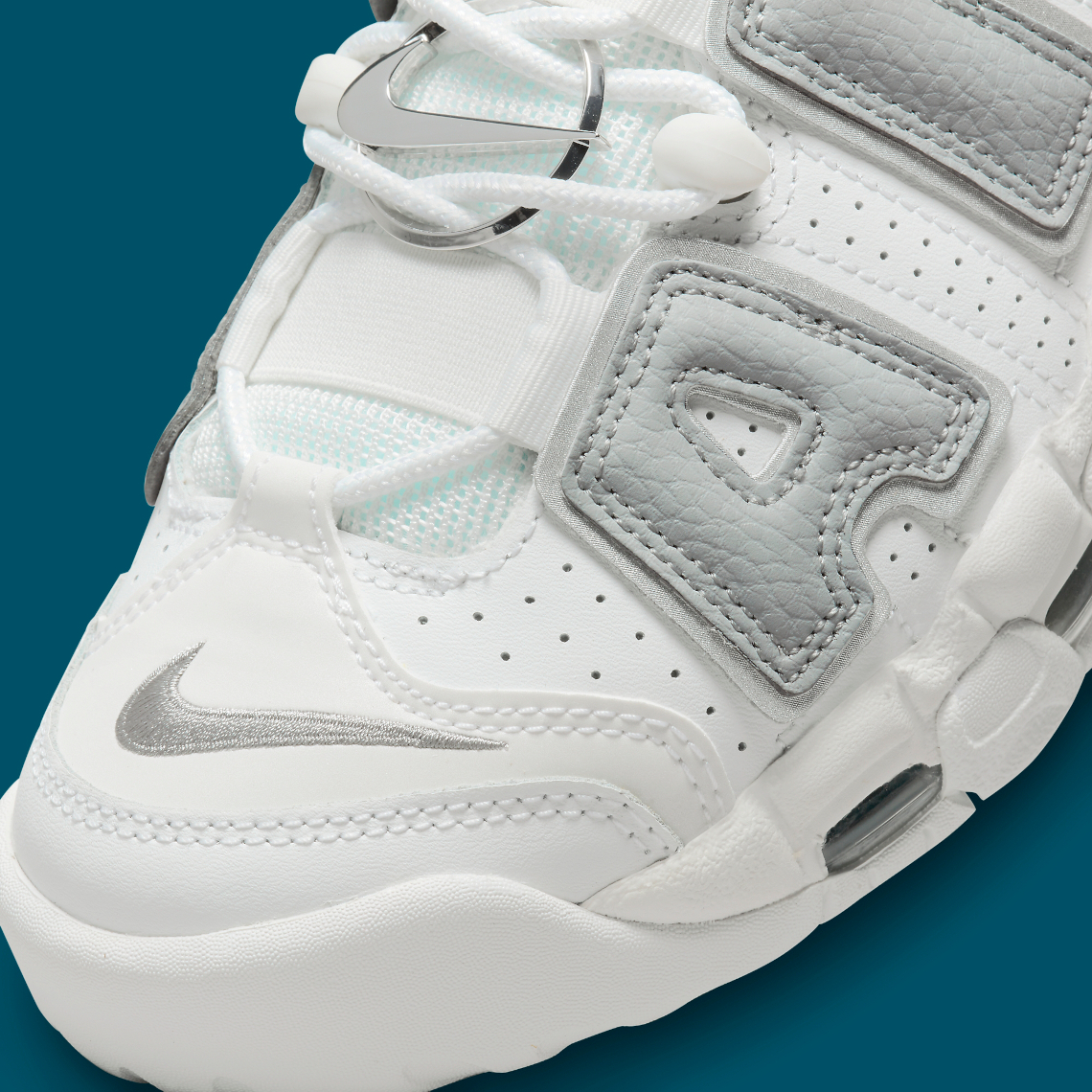 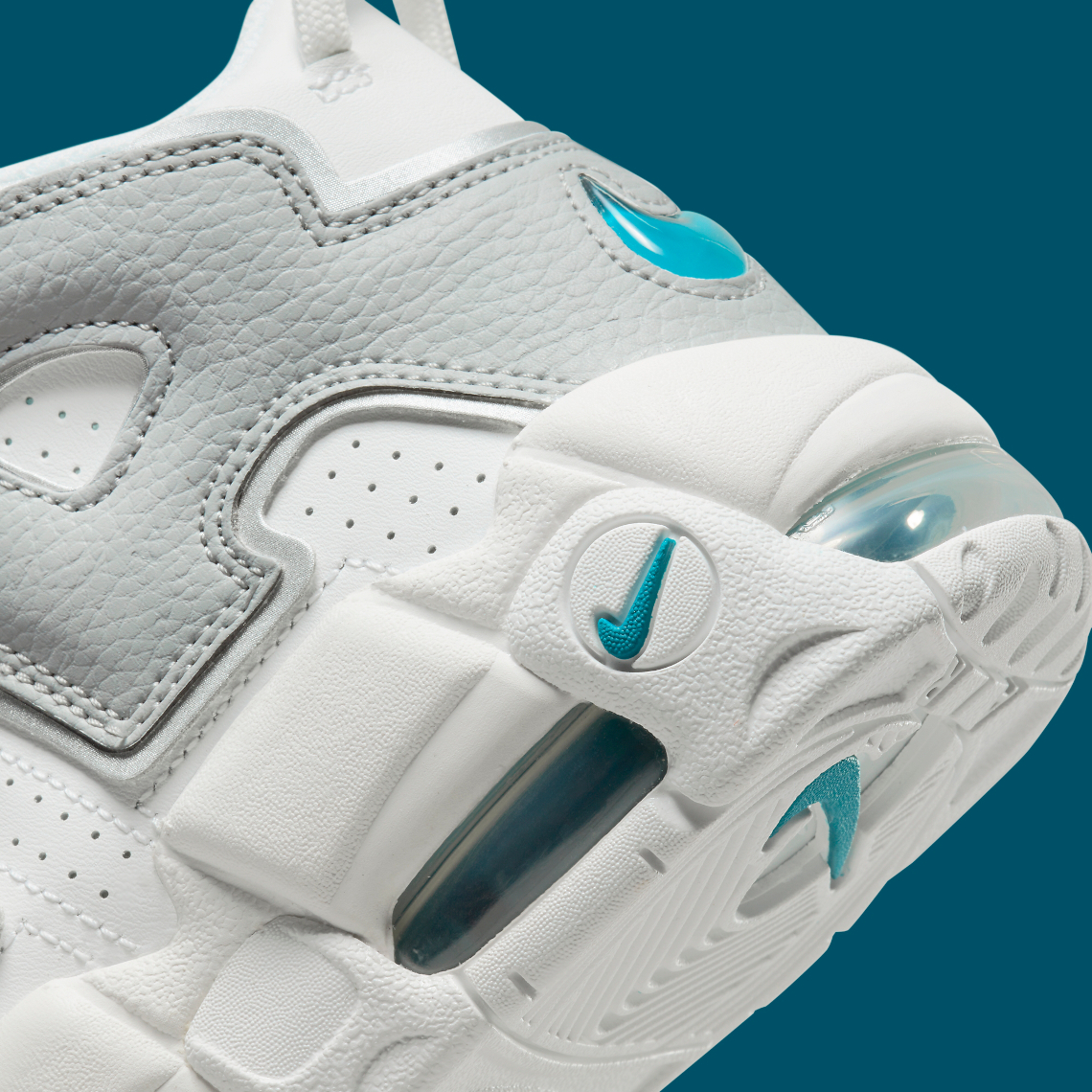 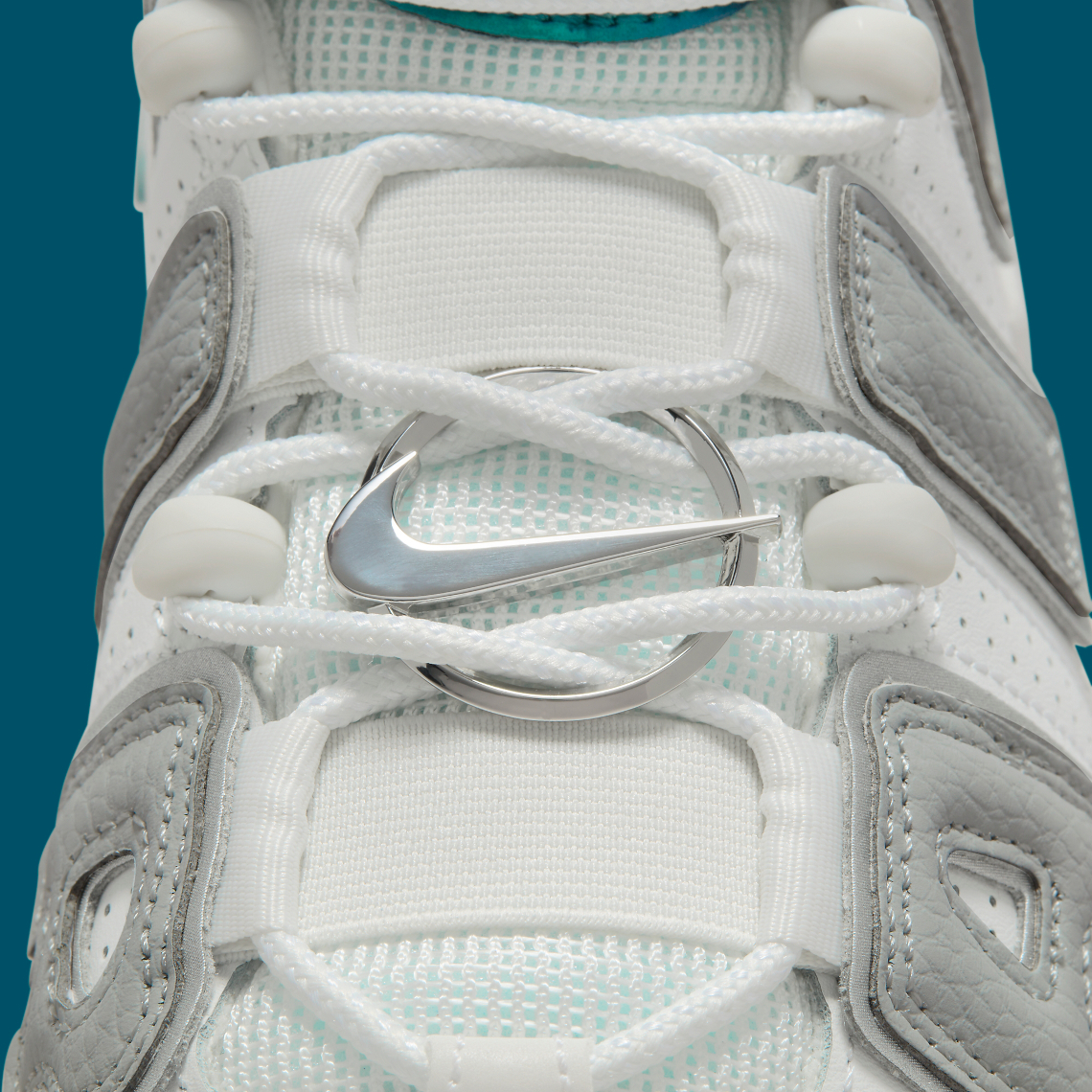