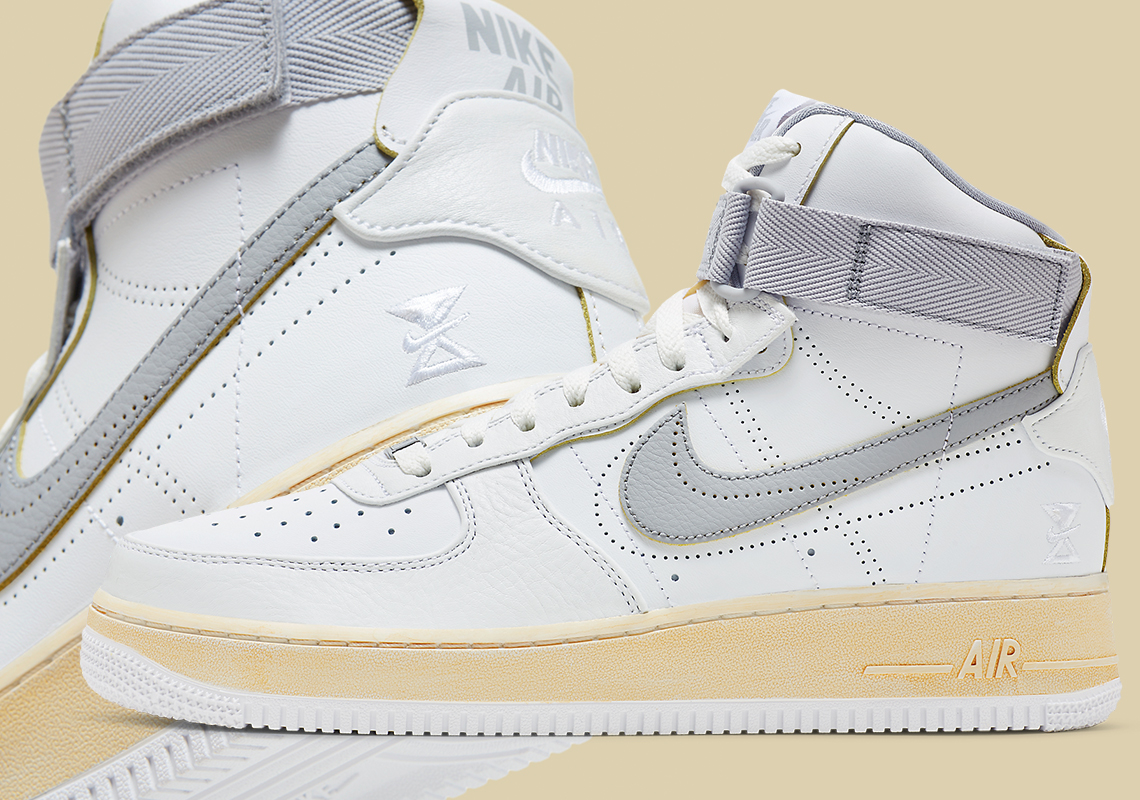 Even well before 2022 began, Nike was laying the groundwork for the Air Force 1‘s 40th anniversary, adding both GR colorways and collaborative offerings to the calendar. What’s more, the brand has used the occasion as an opportunity to introduce new models, such as this Fontanka-reminiscent Air Force 1 High.

Unlike the Fontanka, however, much of the pair’s construction leans closer to the original silhouette. Starting with the sole, React cushioning is entirely removed, replaced with a standard, vintage-colored sole unit. Additionally, the outsole lacks the split design — instead made one, whole piece — and the above stitching is far more uniform. Only the eye stays are undeniably borrowed from the modified AF1, as it layers panels in a similar fashion.

If you were to look at the shoe outside the lens of comparison, it would read as a mash-up of the Air Force 1’s low and high-top trims. While the latter wins out, as it determines the general shape, you can still see the afterimage of its shorter counterpart. This is evidenced most by the second heel tab, whose lower placement lines up perfectly with the perforations across the profile.

Marked with an hourglass-shaped logo, this Air Force 1 High can be viewed in detail via the official images below. More information is sure to accompany its appearance on Nike.com and at select retailers. 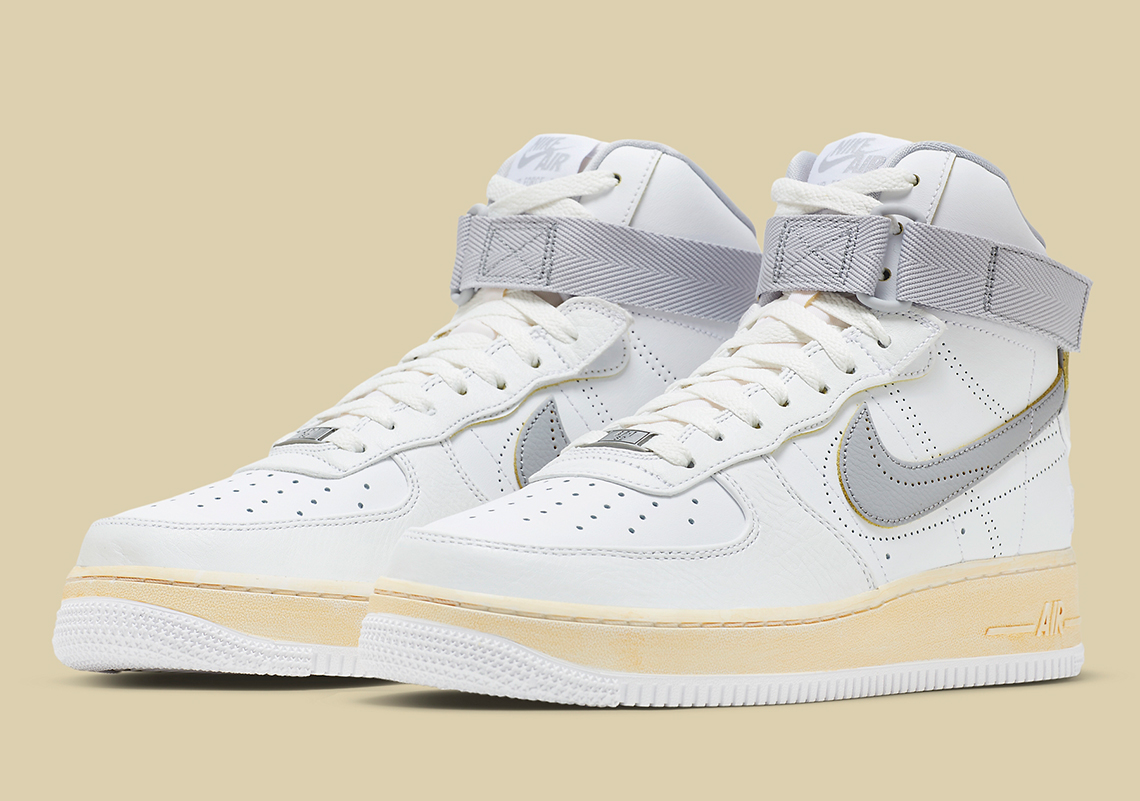 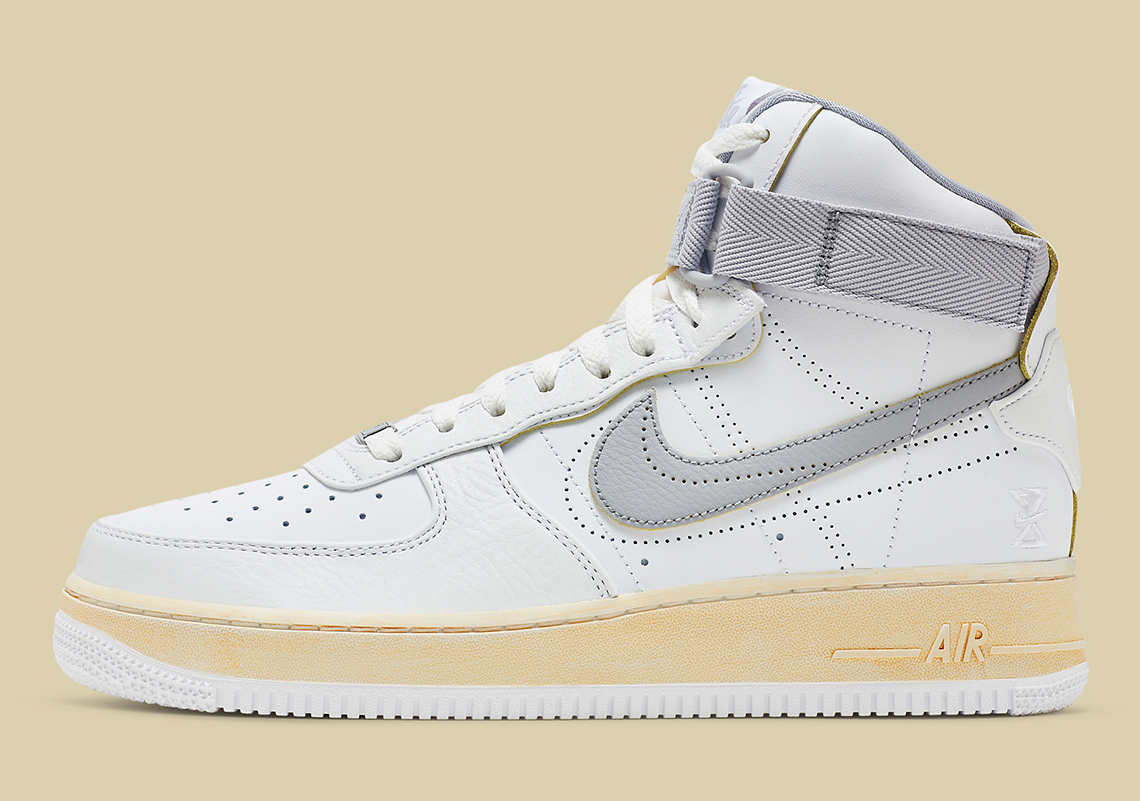 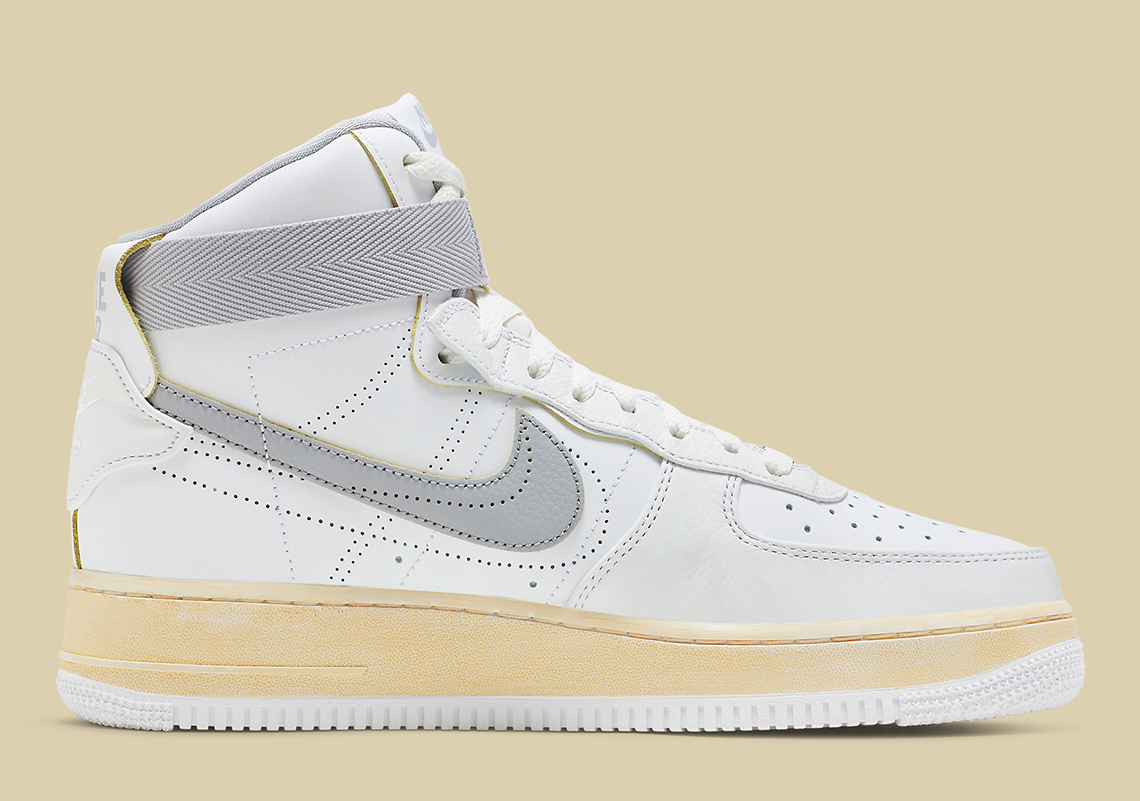 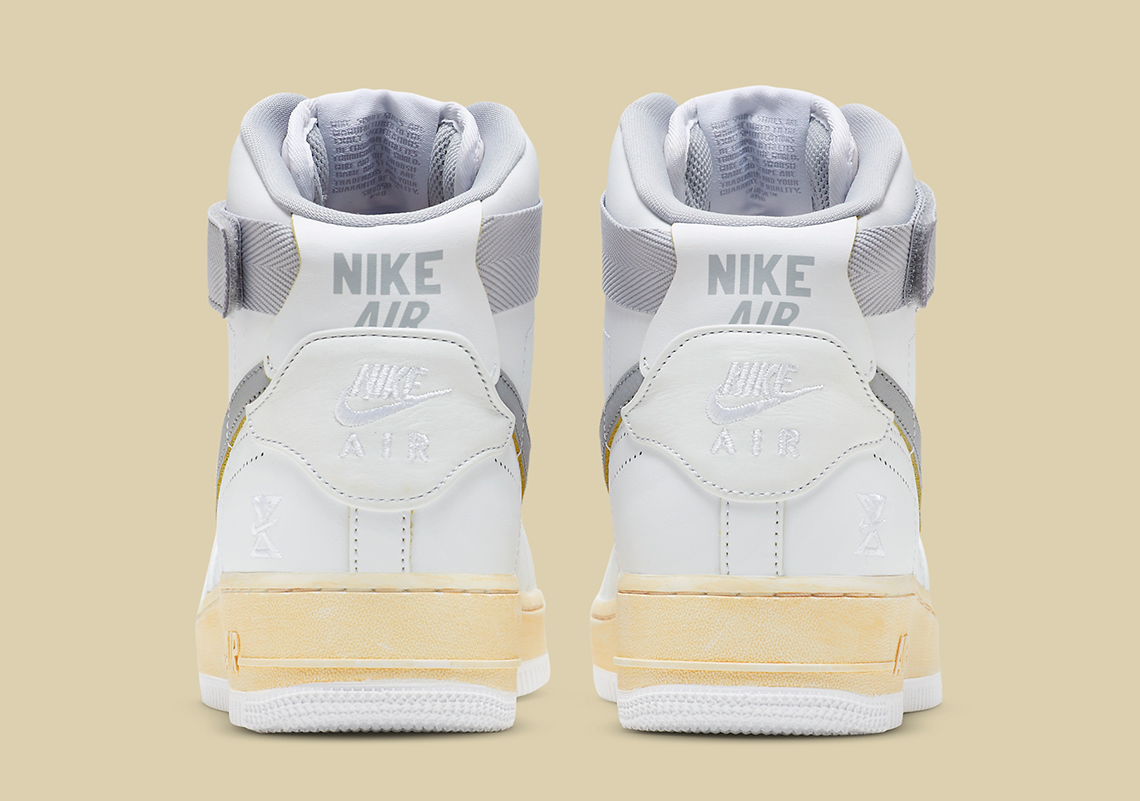 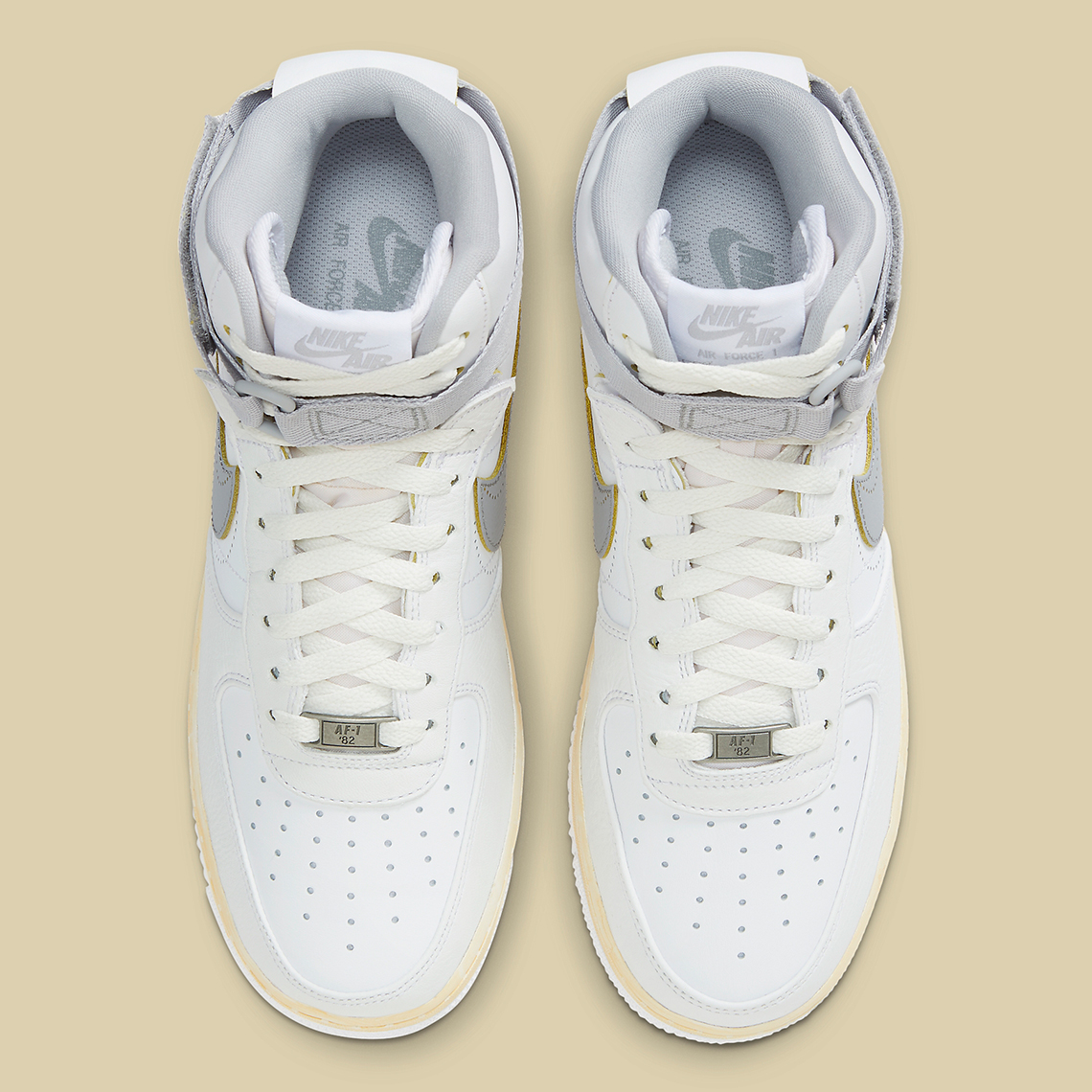 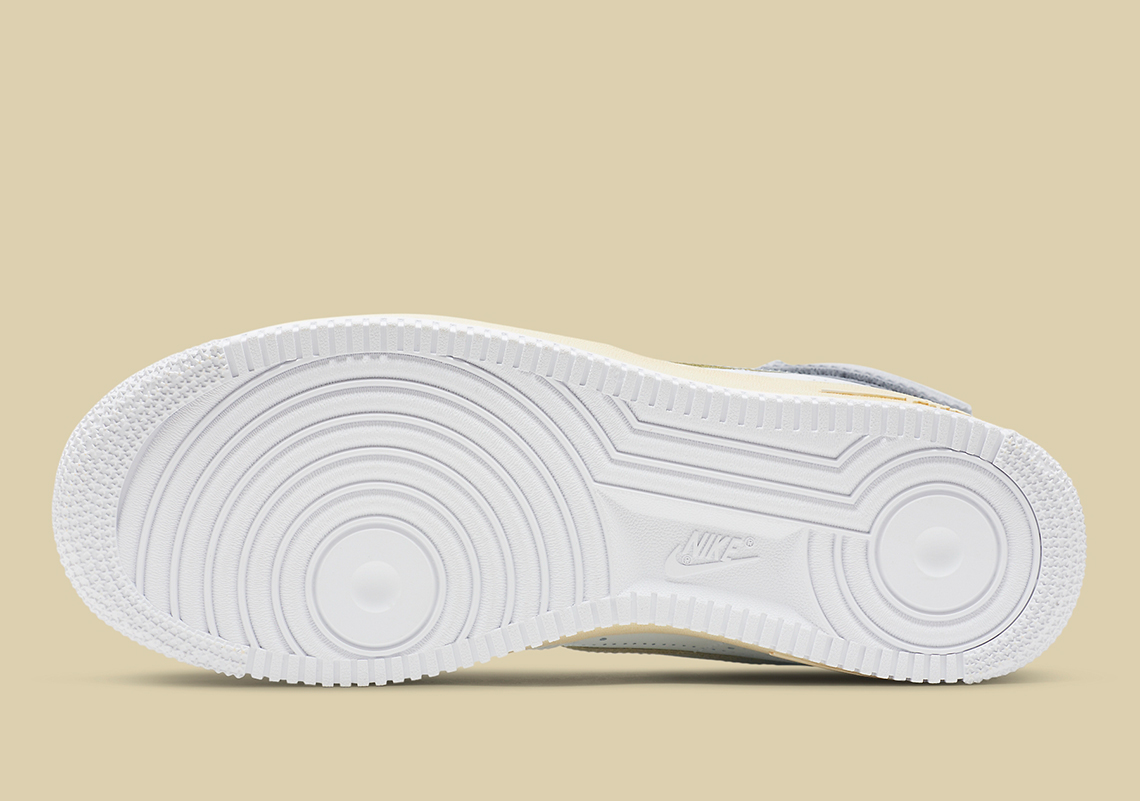 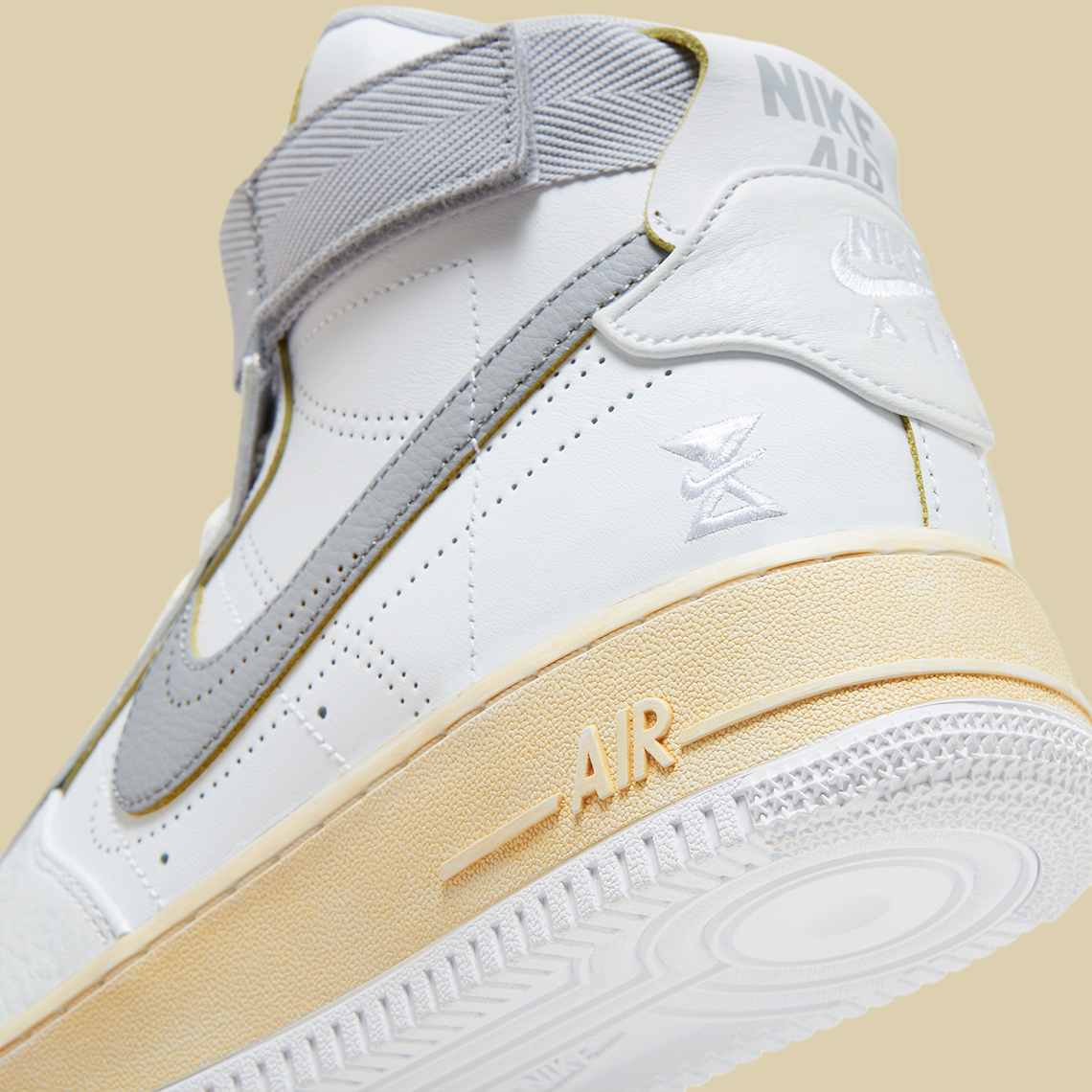 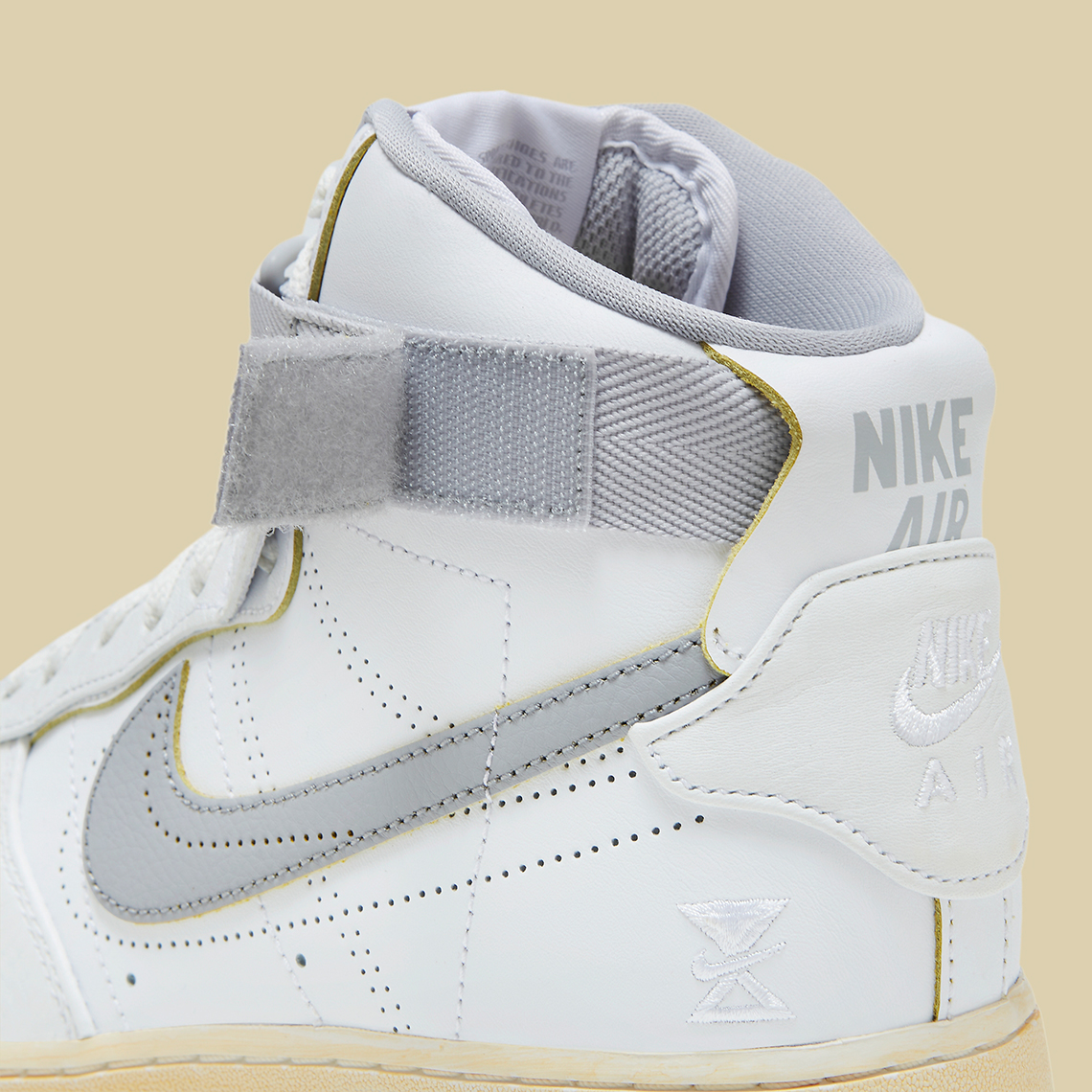 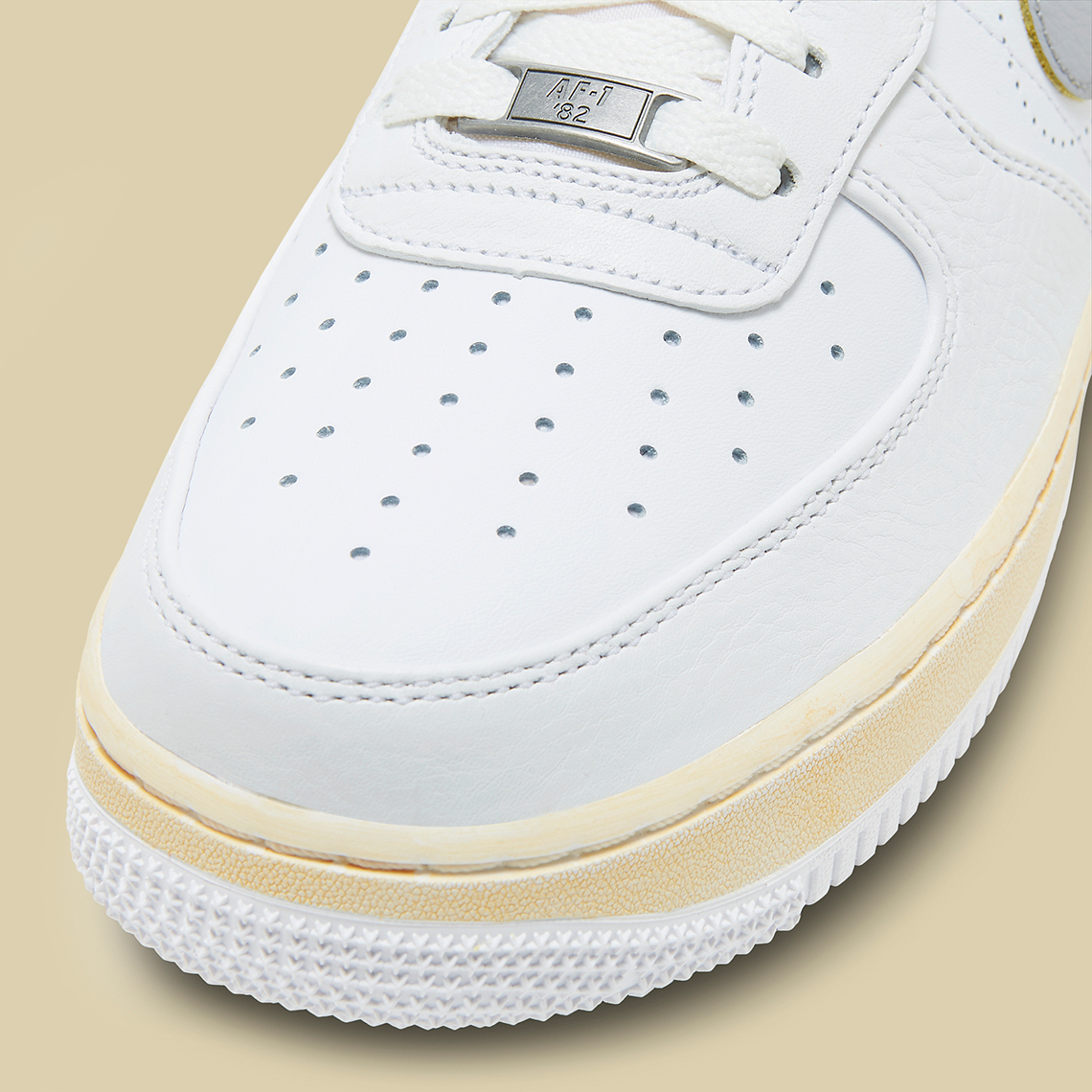