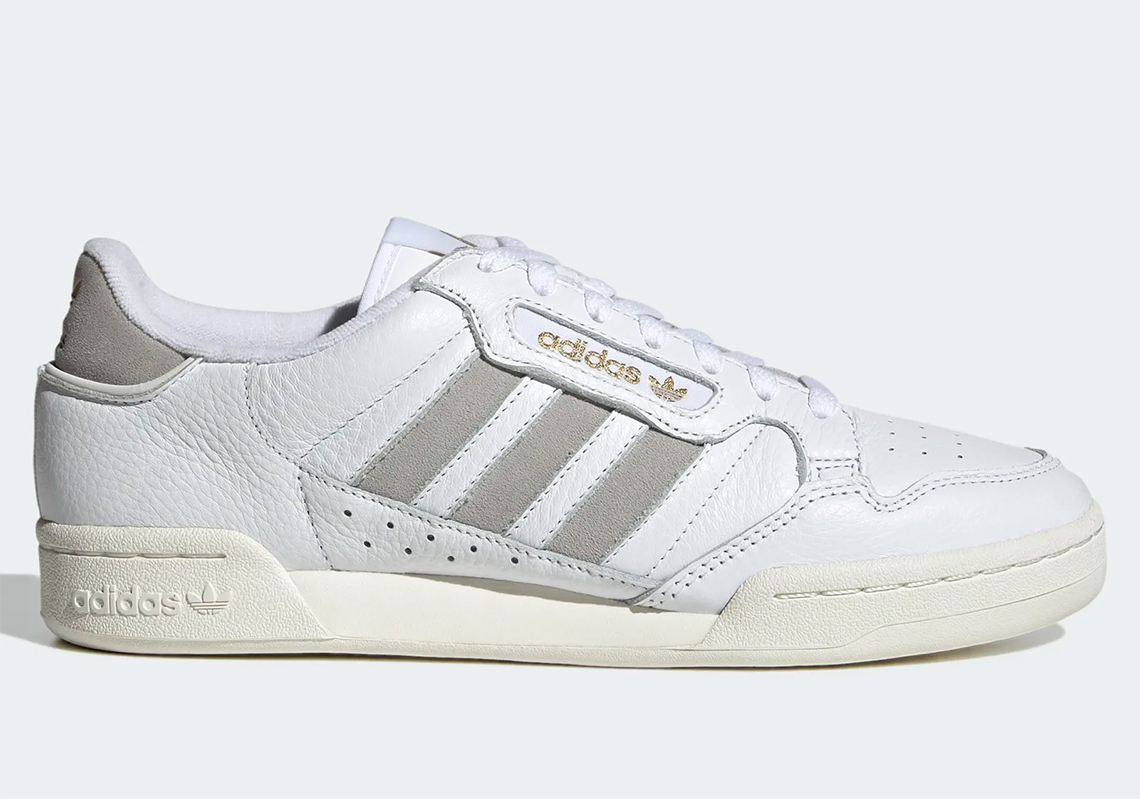 adidas Adds Their Signature Three Stripes To The Continental 80

The Three Stripes is to adidas what the Swoosh is to Nike. But unlike the folks at Beaverton — who have added a check to everything from the Uptempo to the Air Jordan 3 — the German Sportswear brand rarely plays around with their beloved branding. That changes very soon, however, thanks to this upcoming Continental 80, whose profiles have been embellished with the three-pronged logo.

Aside from this addition, though, the Continental 80 is as simple as it is typically. White tumbled leathers build out both the base and overlays, while a cream shade dresses the midsole for a vintage effect. Gilded finishes, then, highlight the adidas iconography across the side, tongue, and heel tab, the latter of which proffers a grey suede that complements the newly-affixed stripes.

This Continental 80 is currently available via adidas overseas, with a stateside release sure to follow very soon. Until then, tide yourself over by checking out the official images below.

In other news, the Yeezy Foam Runner Sulfur is finally releasing next week. 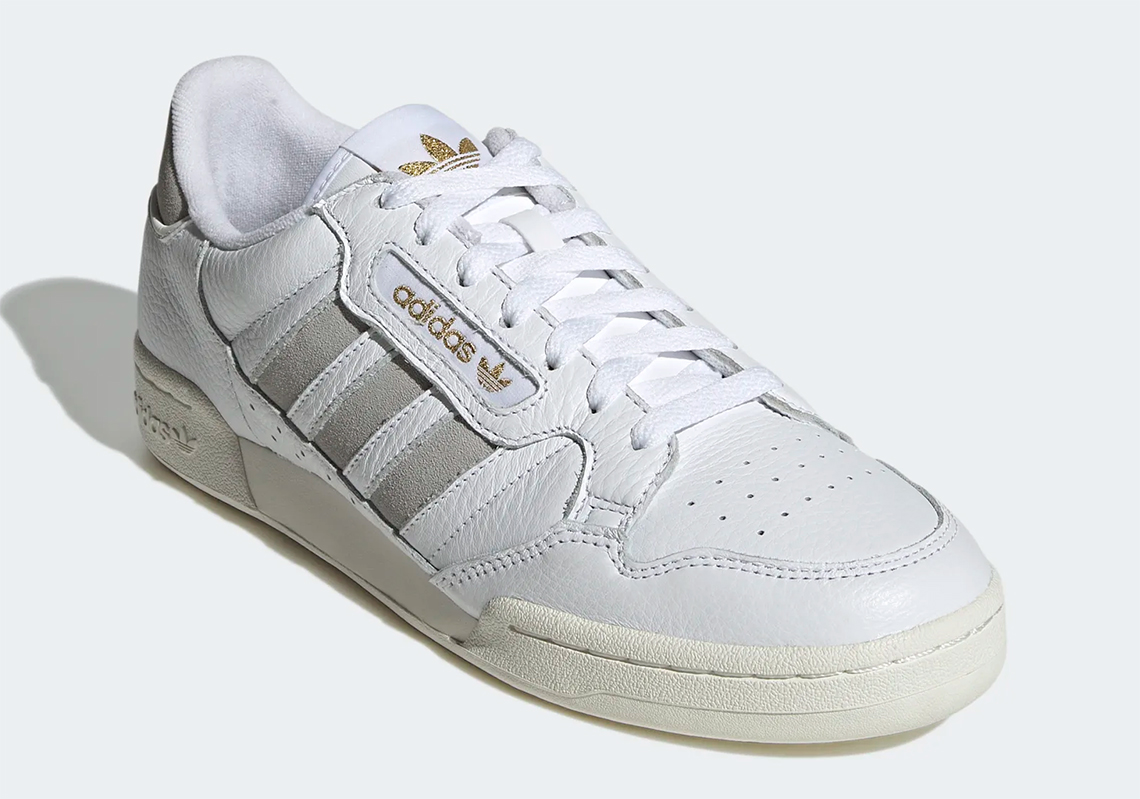 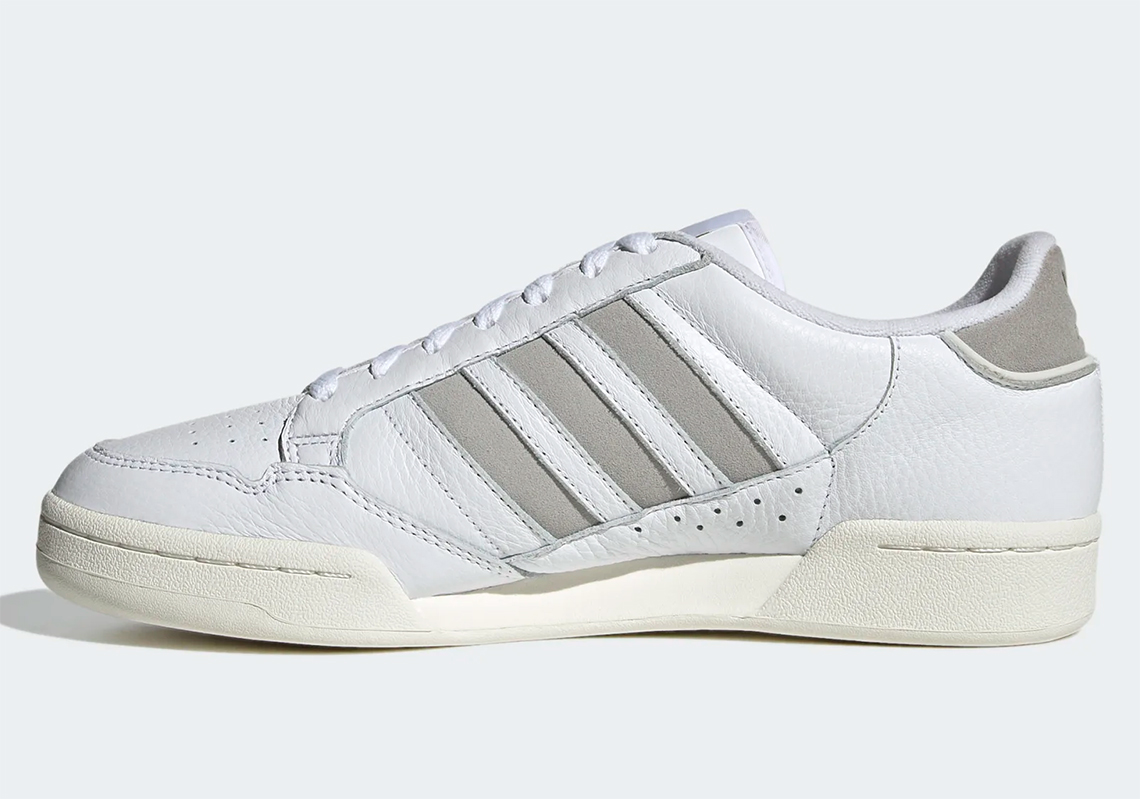 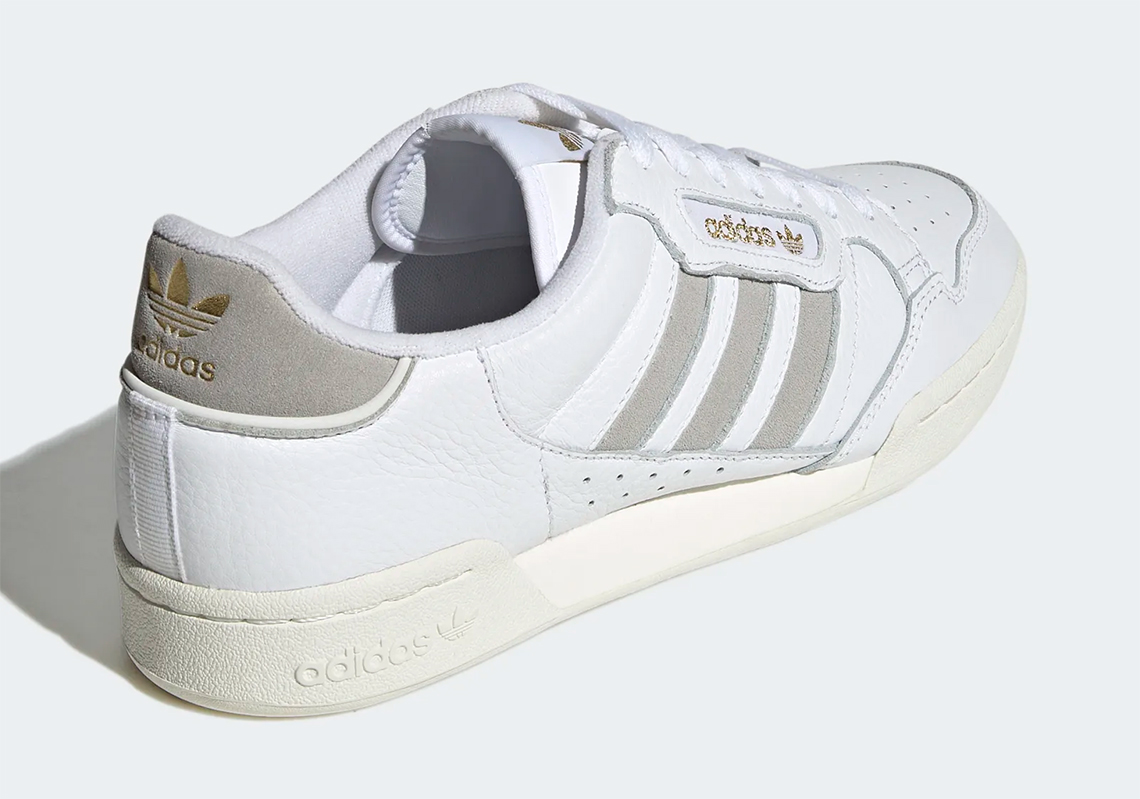 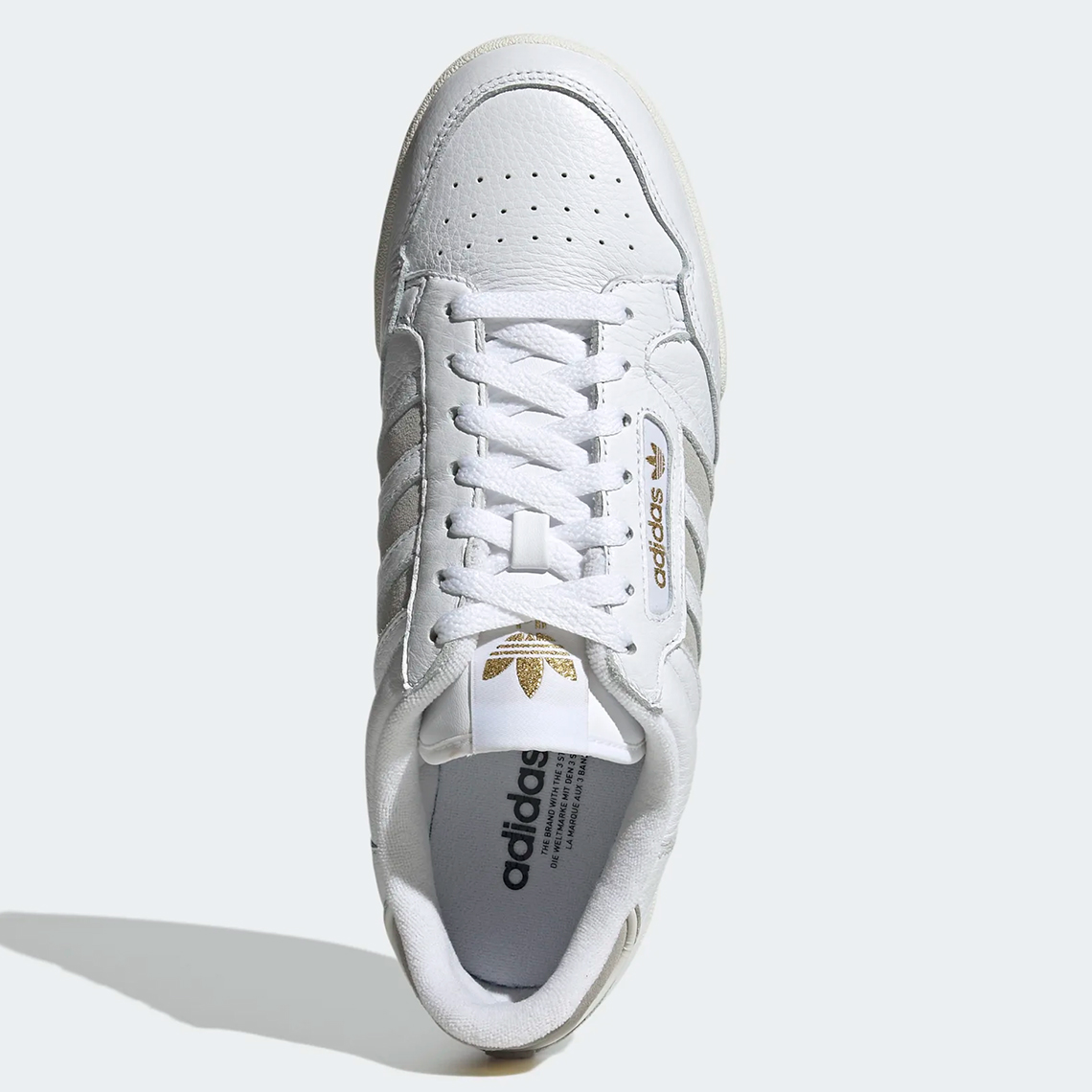 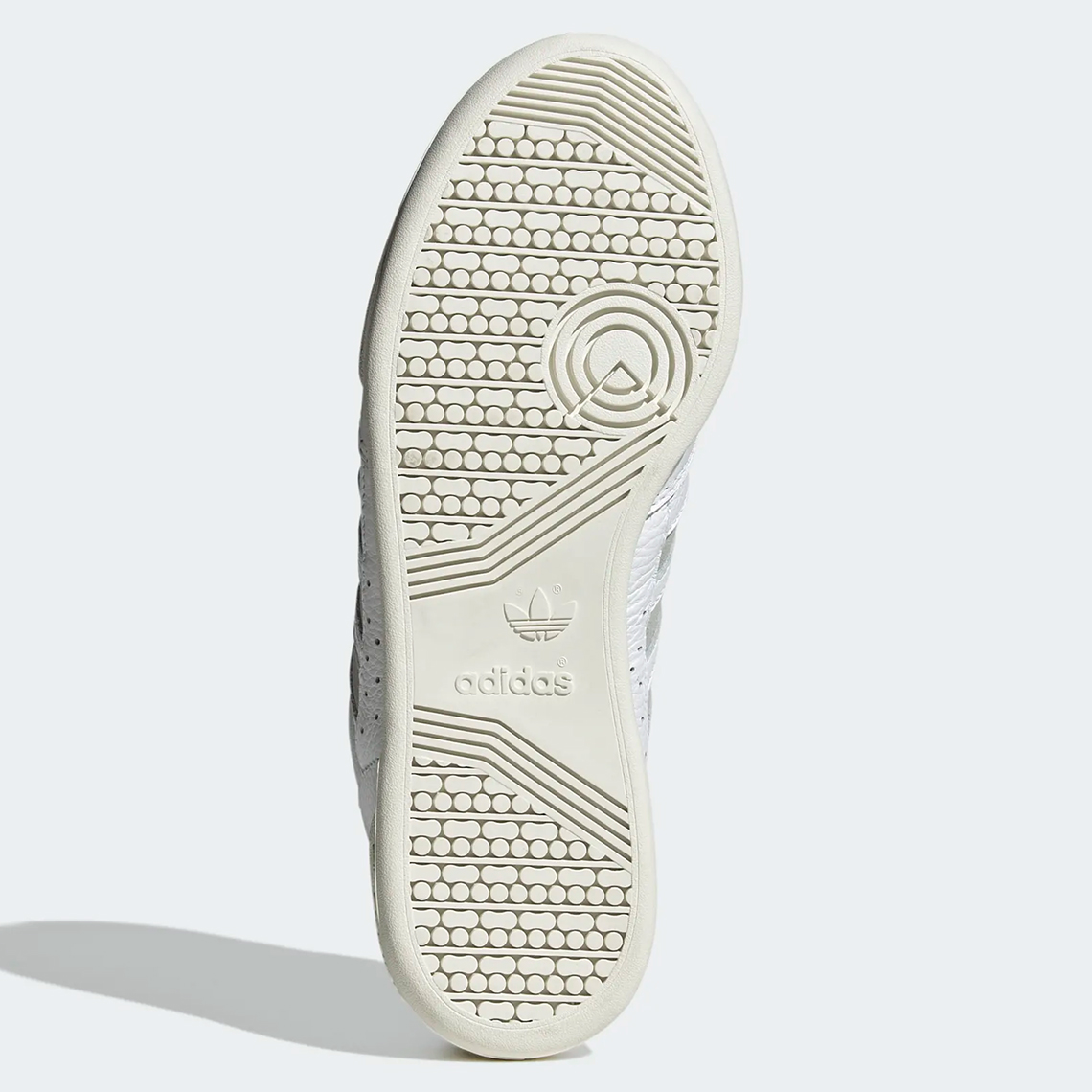 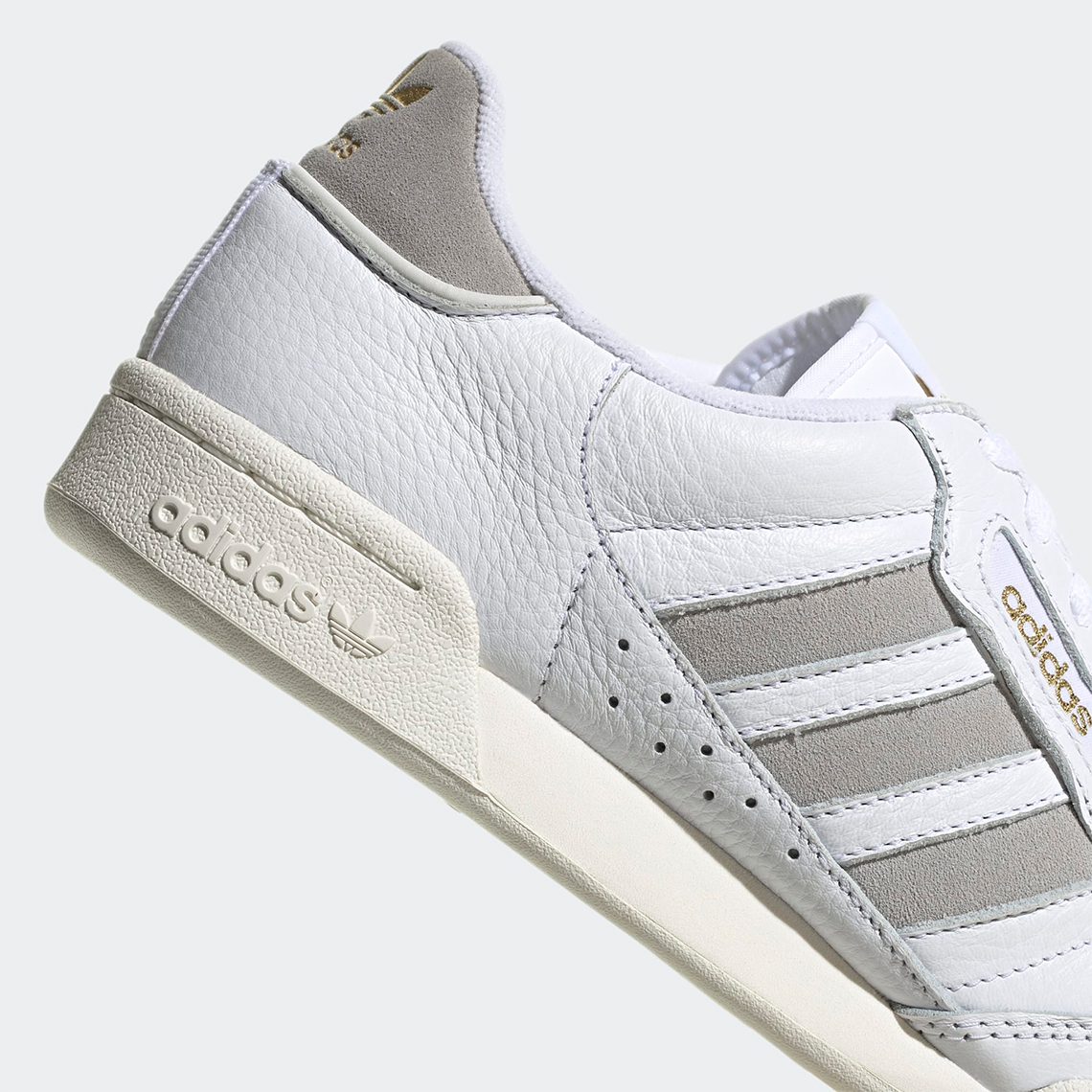 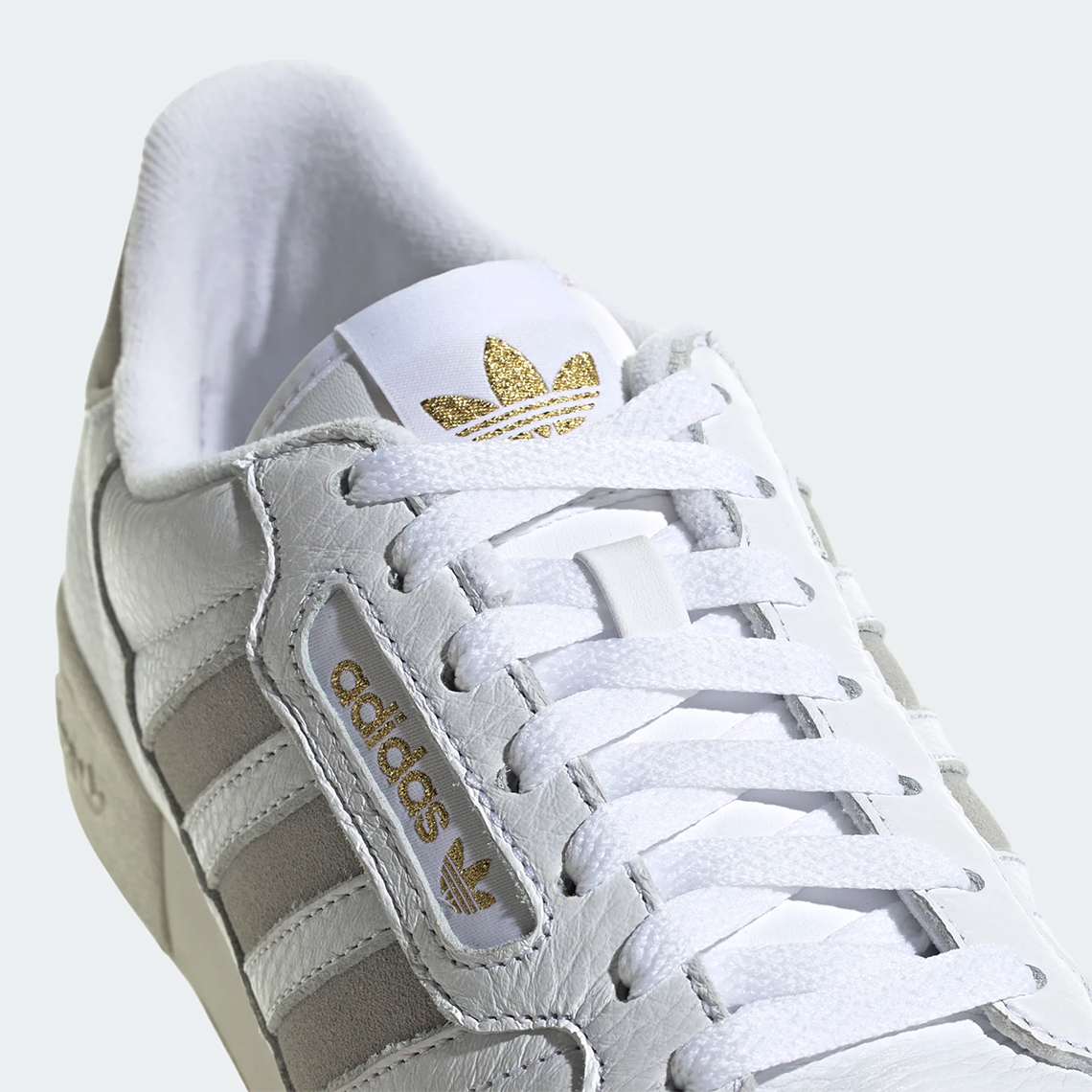