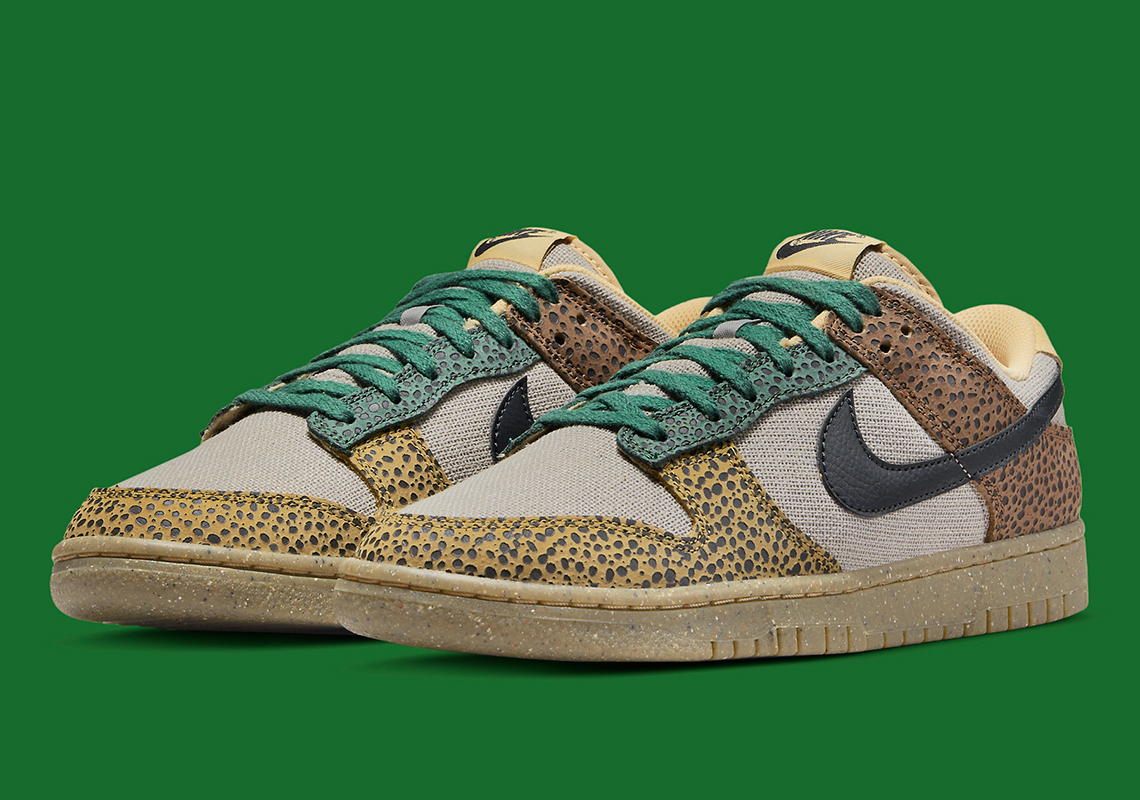 Nike Covers The Dunk Low In Safari Patterns And Colors

There was a time when Tinker Hatfield’s Safari print, which he claims was inspired by a couch of all things, was a rarity in the world of sneakers. In any instance the print popped up, sneaker fanatics went giddy with joy, but over time, the pattern proliferated and the impending desensitization took a bit of that magic away. For some shoe heads, Safari pattern still holds that weight, especially on the Dunk Low for its relative scarcity.

First appearing on a Dunk High way back in 2004, Safari now hits the Dunk Low hard in a colorway that reflects the wildlife theme. A mix of tans and browns cover the textured overlay, while a mesh/hemp blend appears beneath. Green laces give the shoes even more of that flora/fauna vibe, while a solid gum outsole with what appears to be Nike Grind suggest an eco-friendly attempt.

These Dunk Lows are likely dropping this Fall/Winter season; stay tuned for updates. 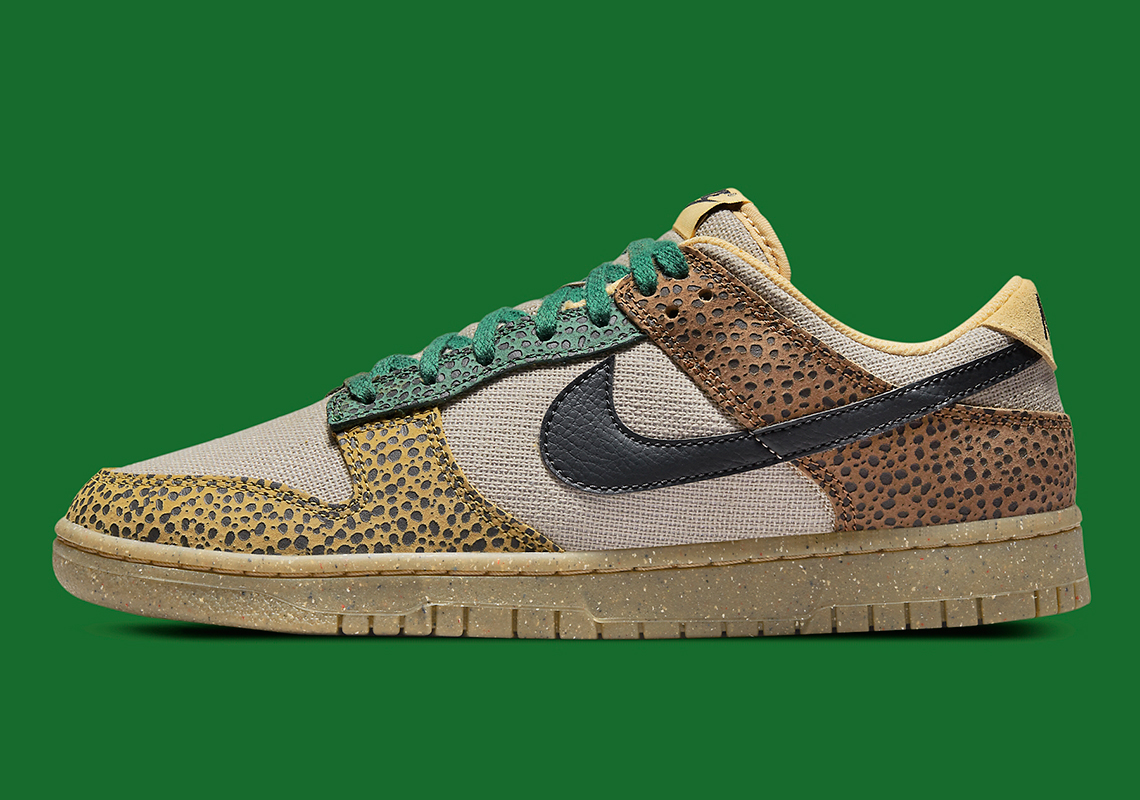 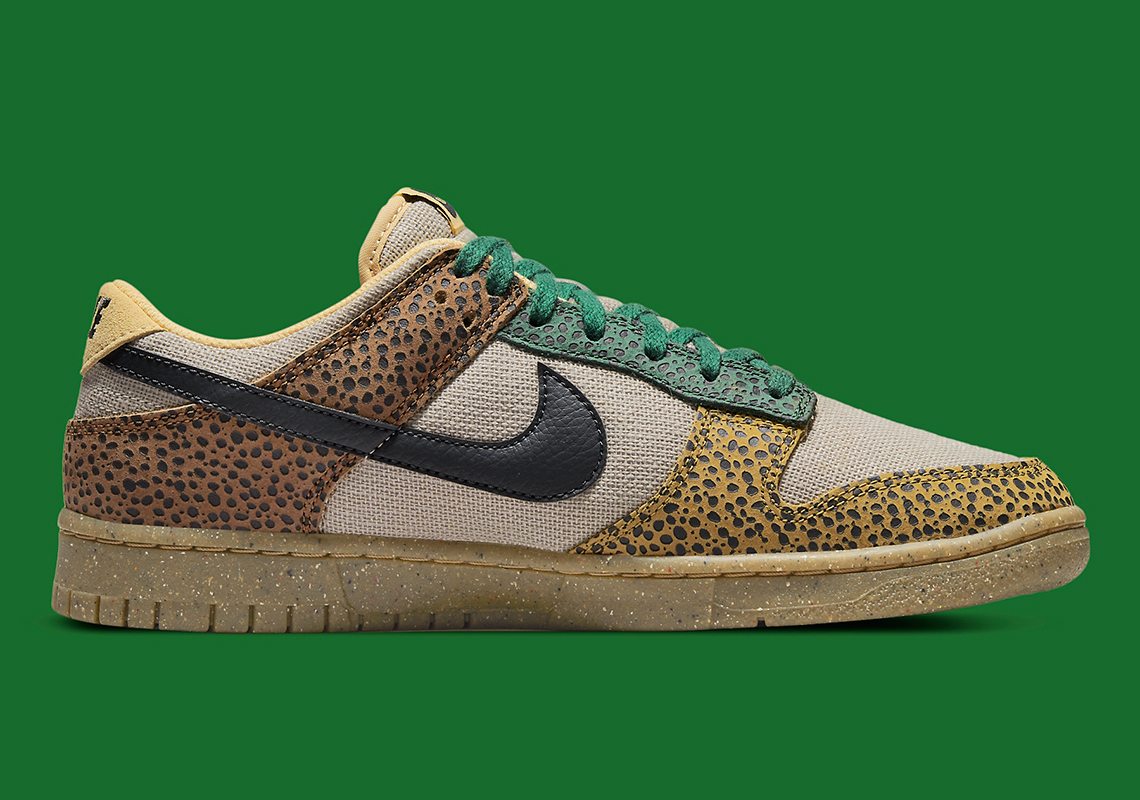 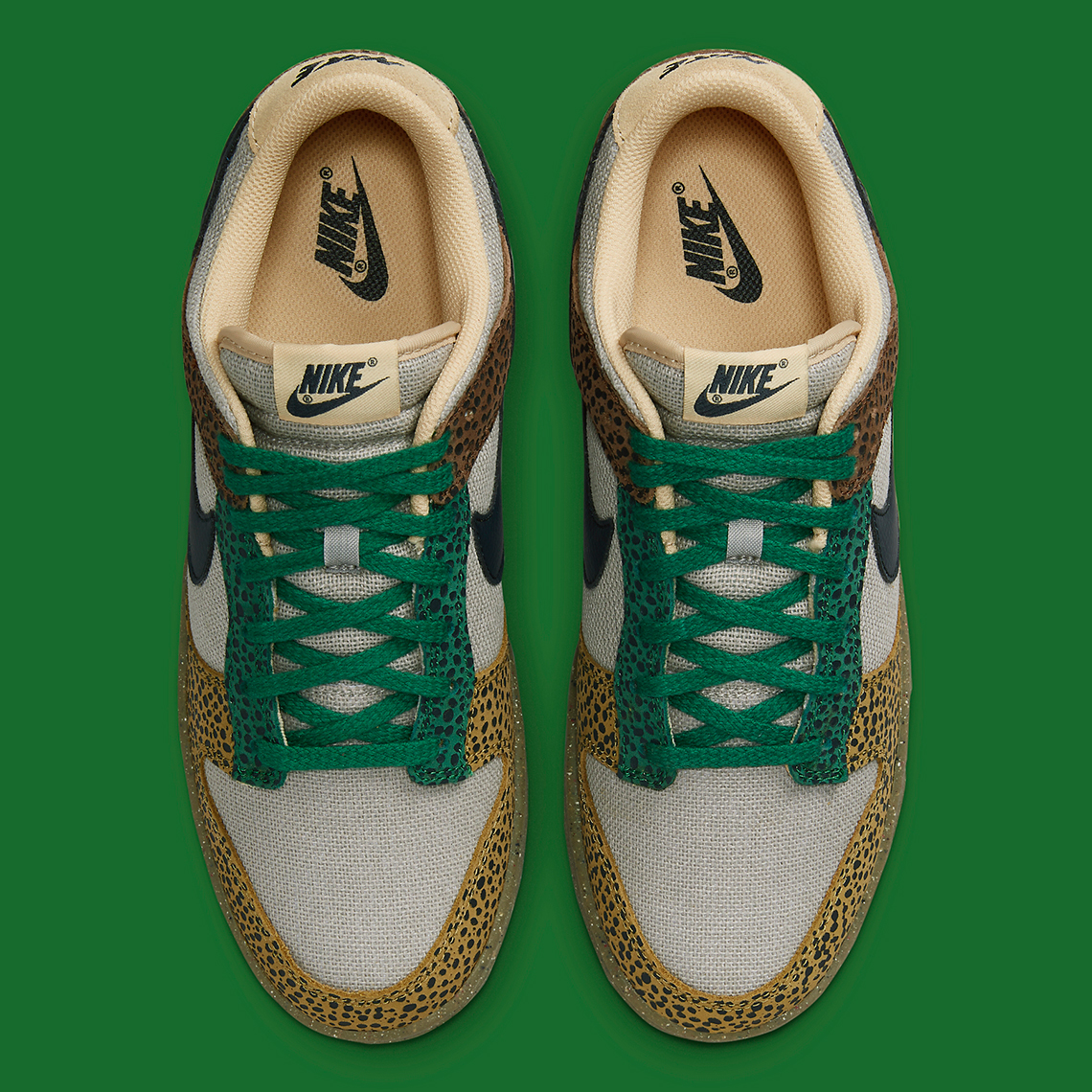 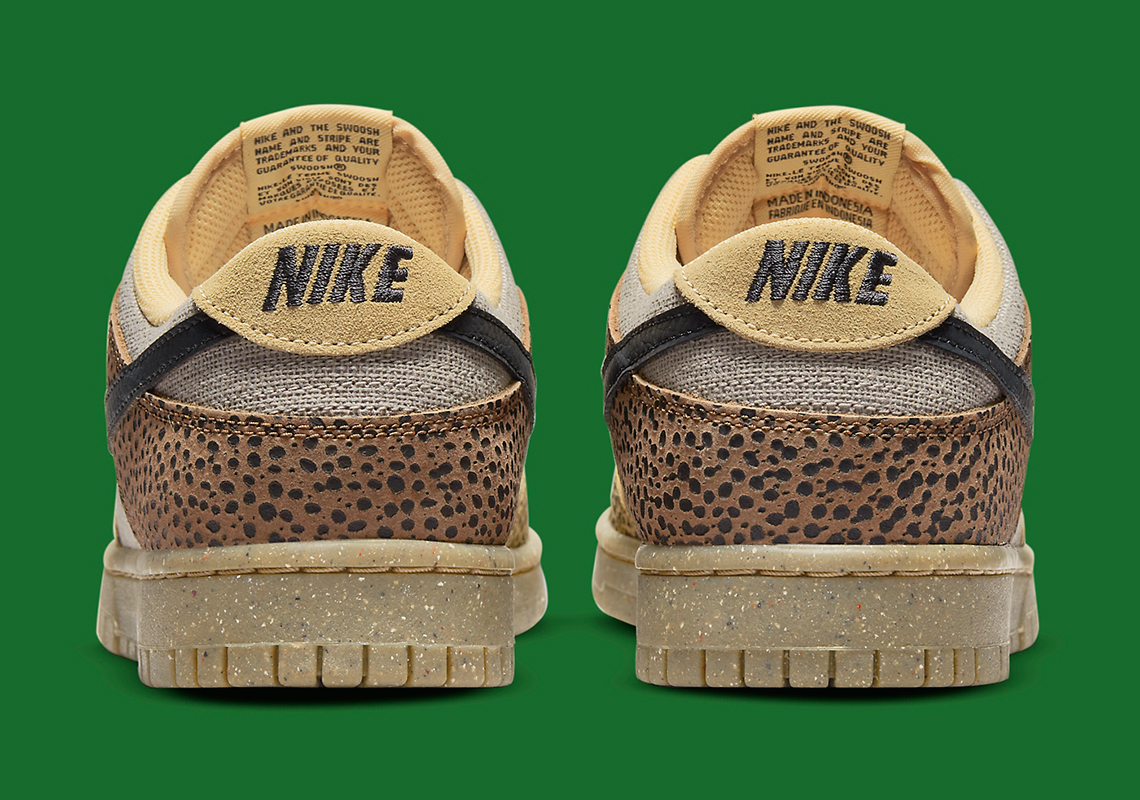 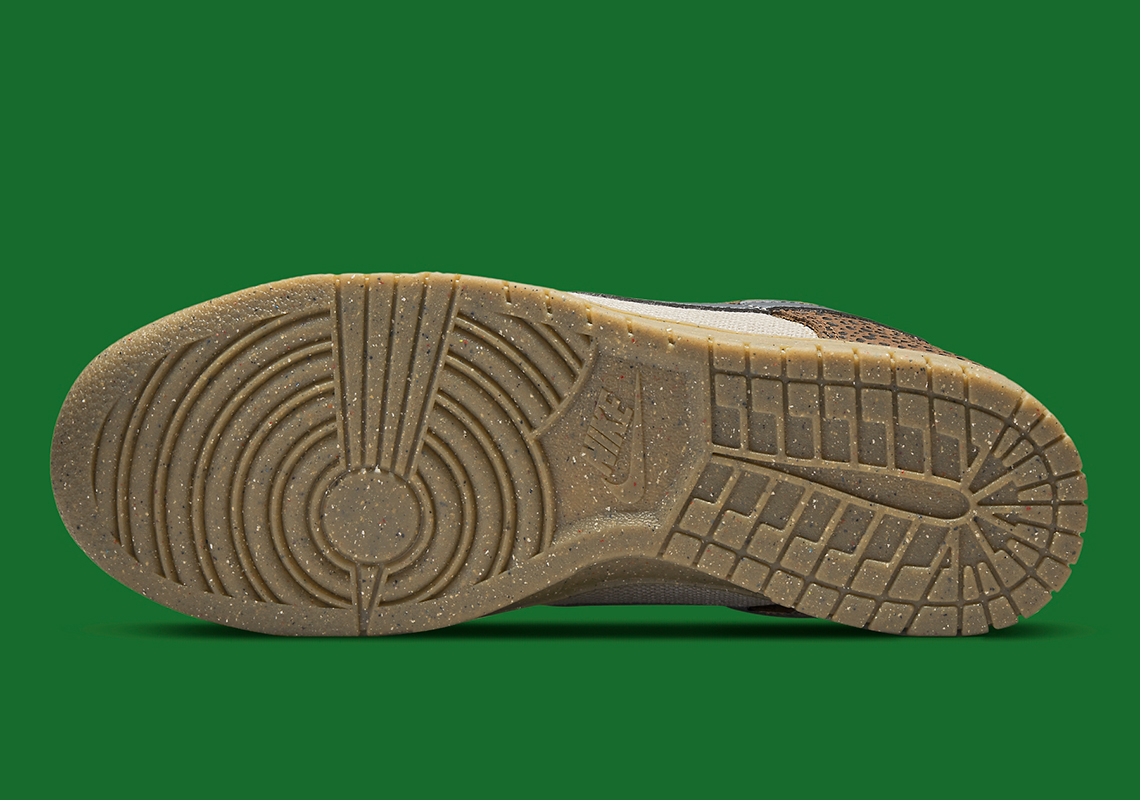 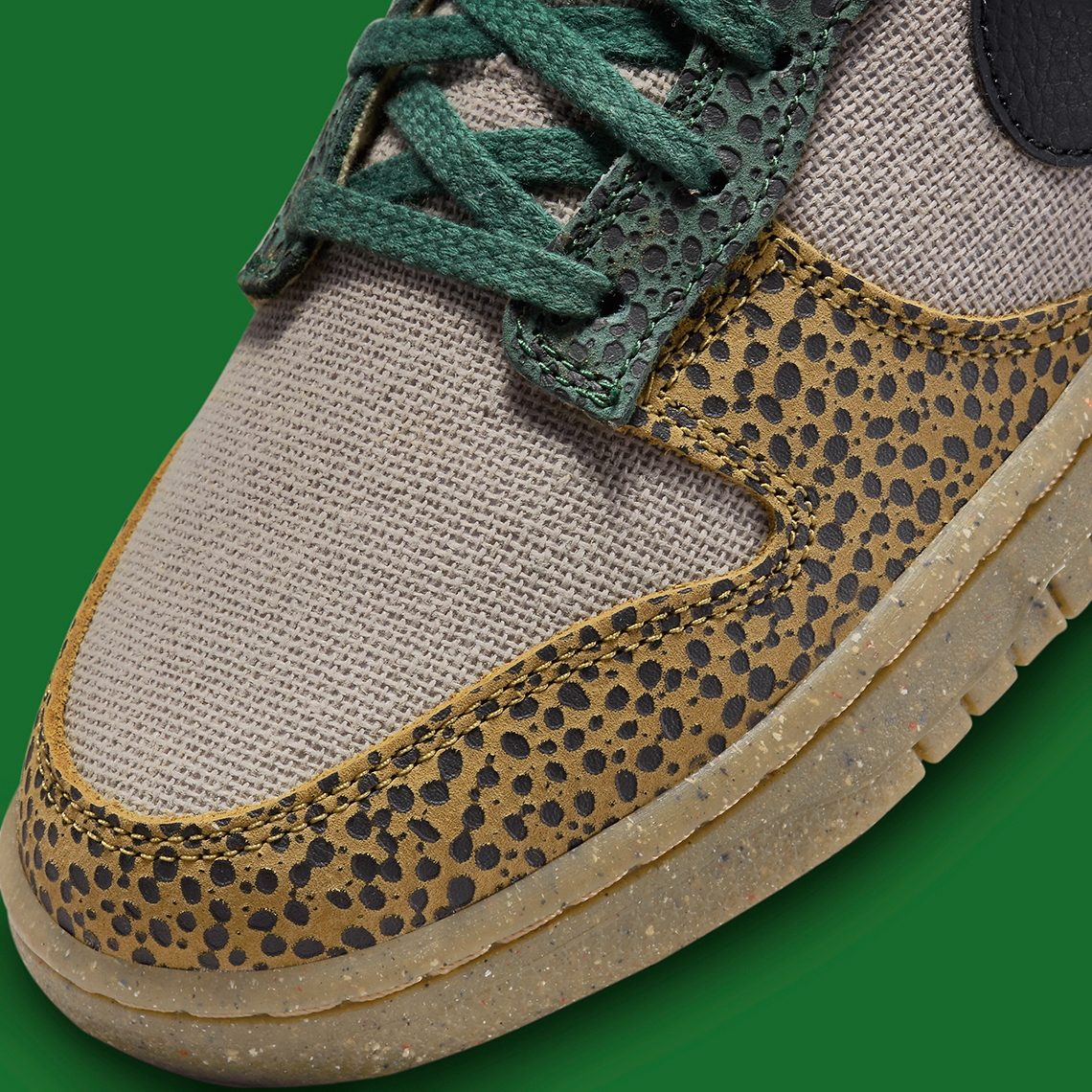 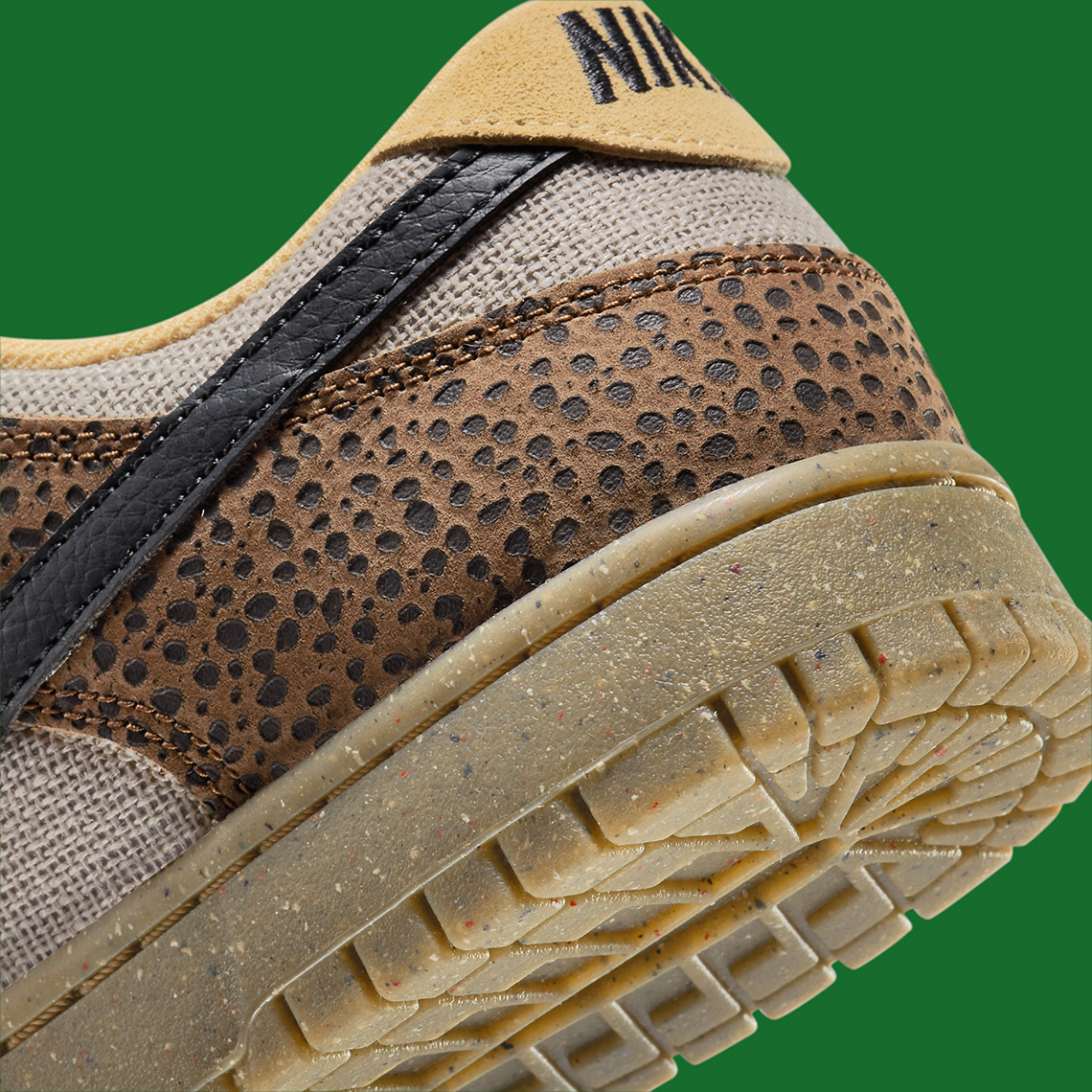