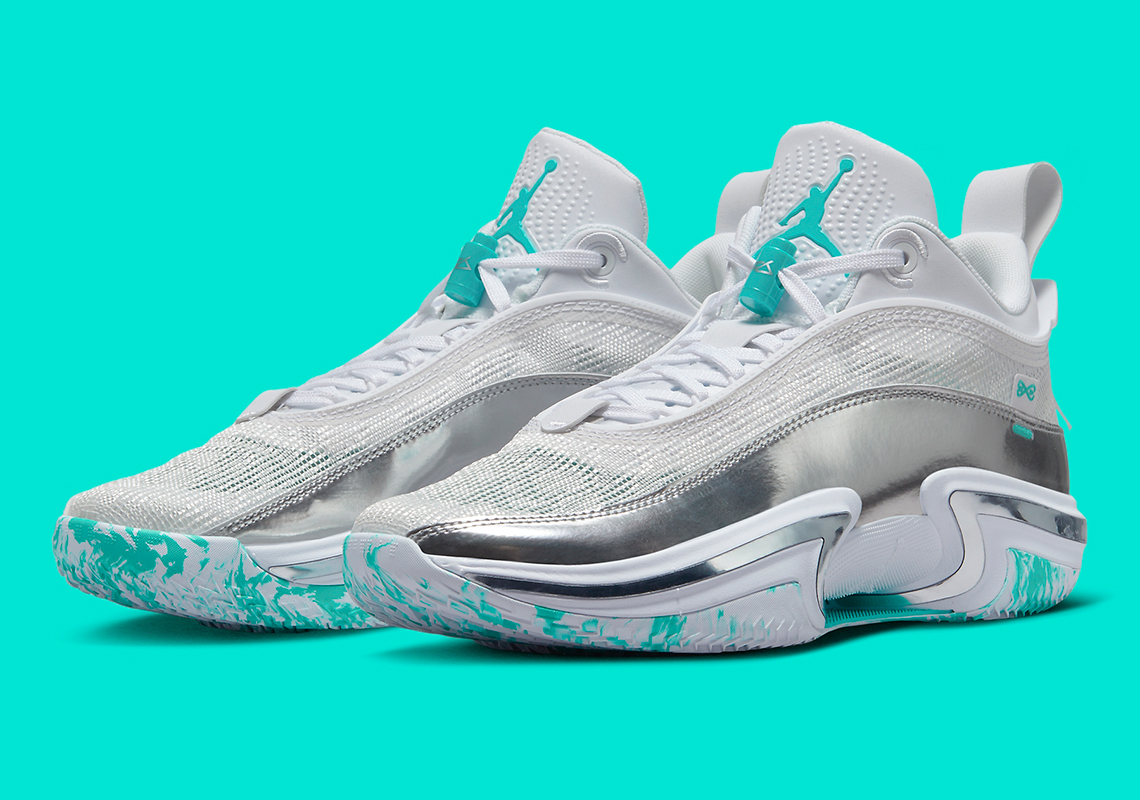 Jade green has been a common thread with all his Air Jordan footwear, and his Air Jordan 36 Low is no exception to that rule as the soothing green brightens up the silhouette via the marbled rubber outsole, Jumpman logo, lace-lock, and other accents. However, the star is the metallic silver mudguard and matching chrome strip on the midsole, contrasting with the white leather and mesh base.

More Air Jordan 36 and Air Jordan 36 Low PE styles are likely to arrive soon for other Jordan athletes before the official unveiling of the Air Jordan 37, so stay tuned for US release info (these are currently available on Nike in Hong Kong). 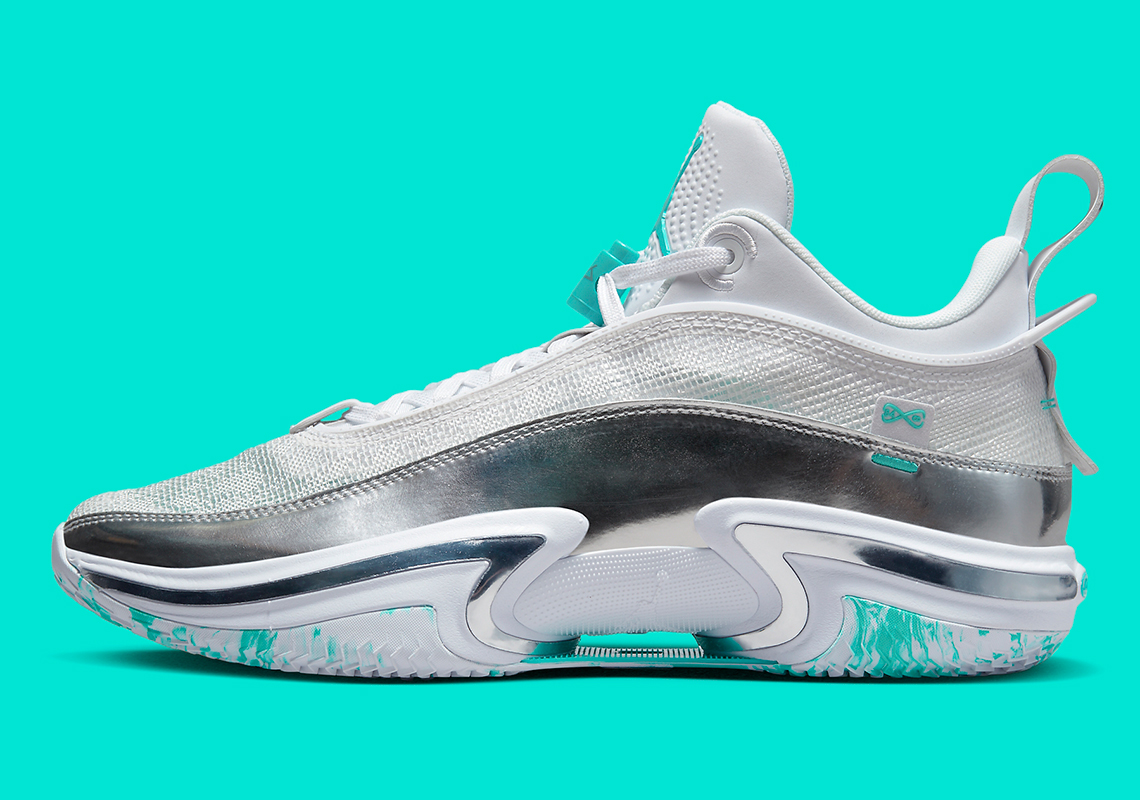 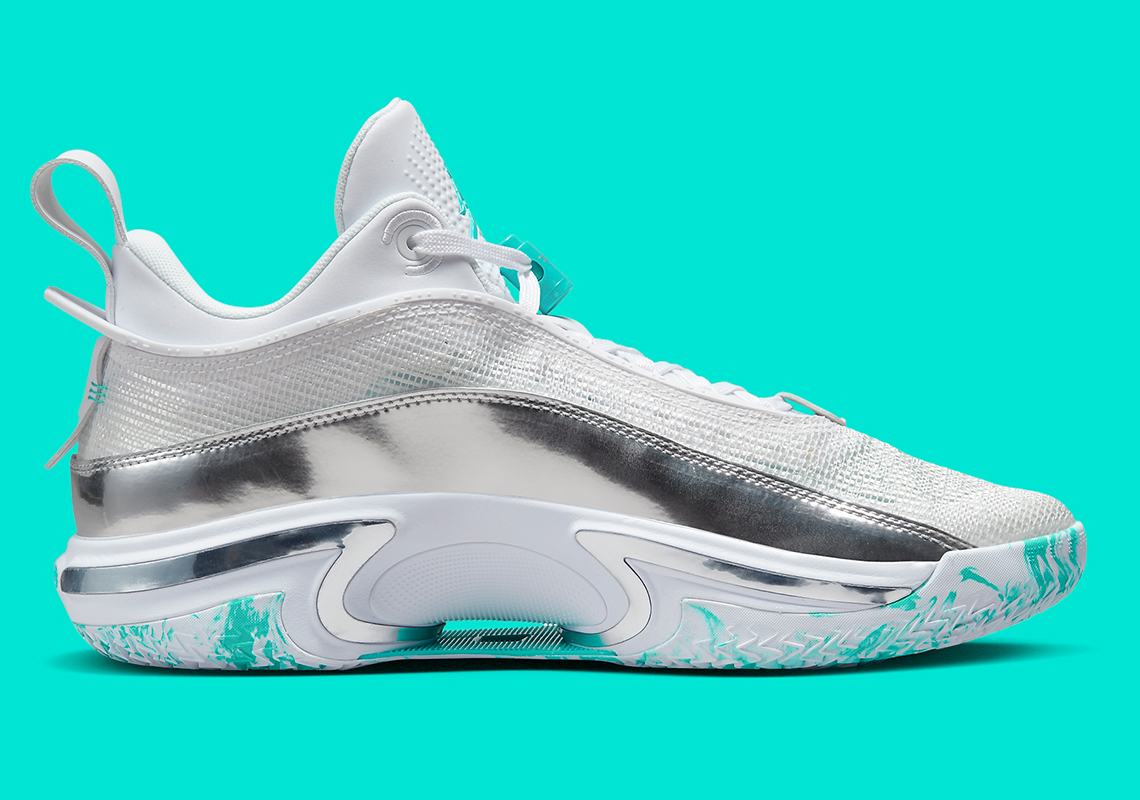 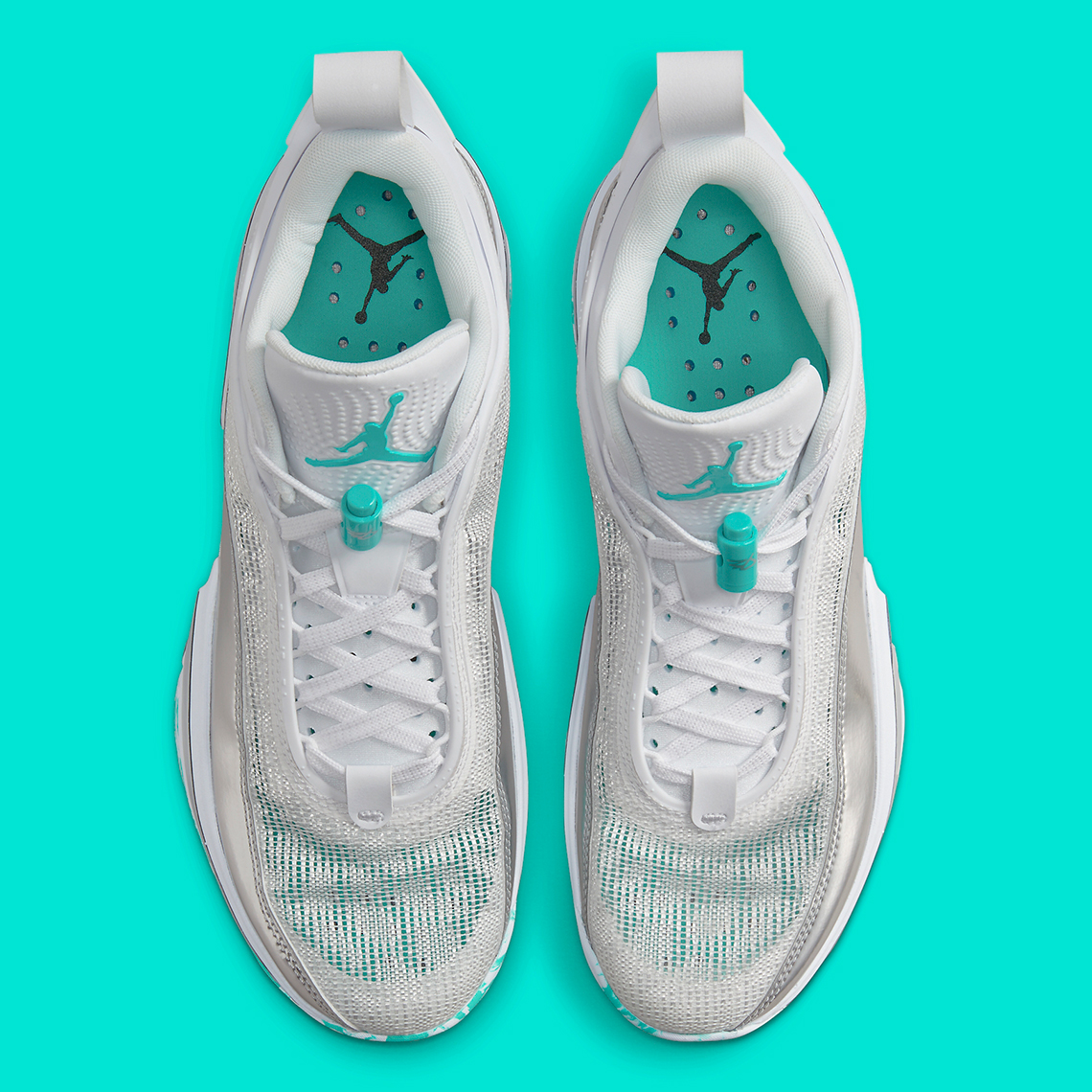 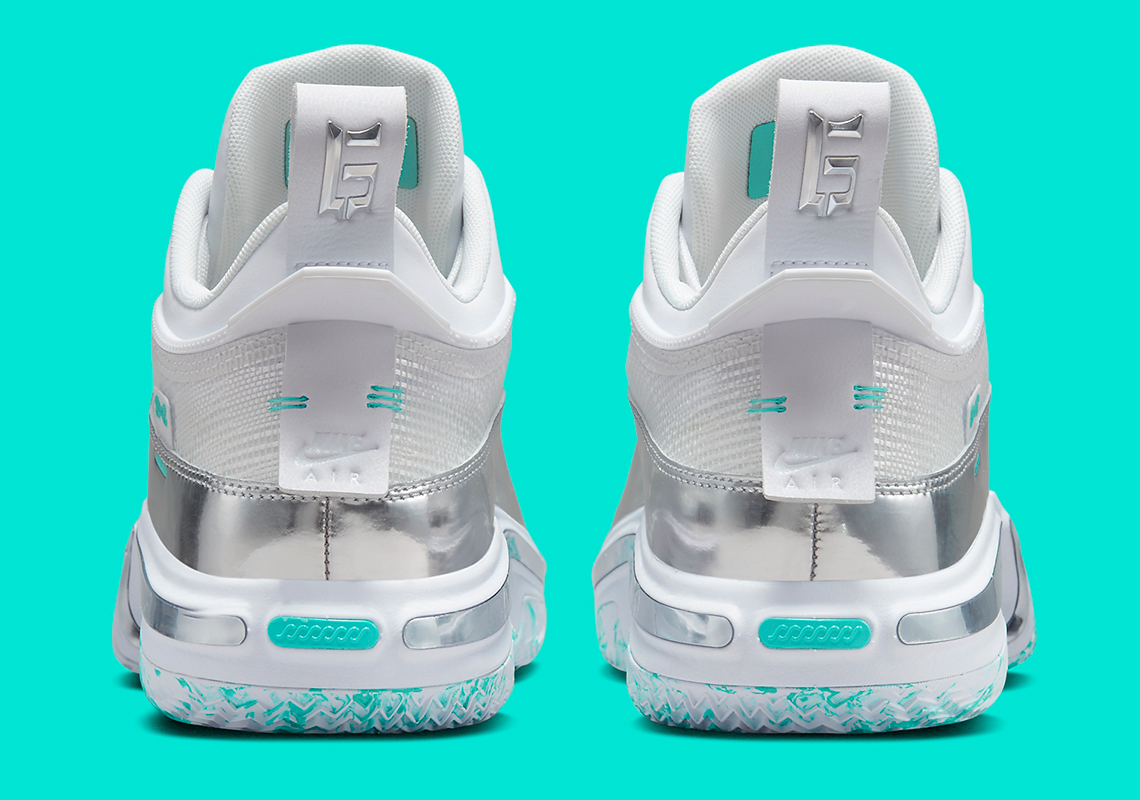 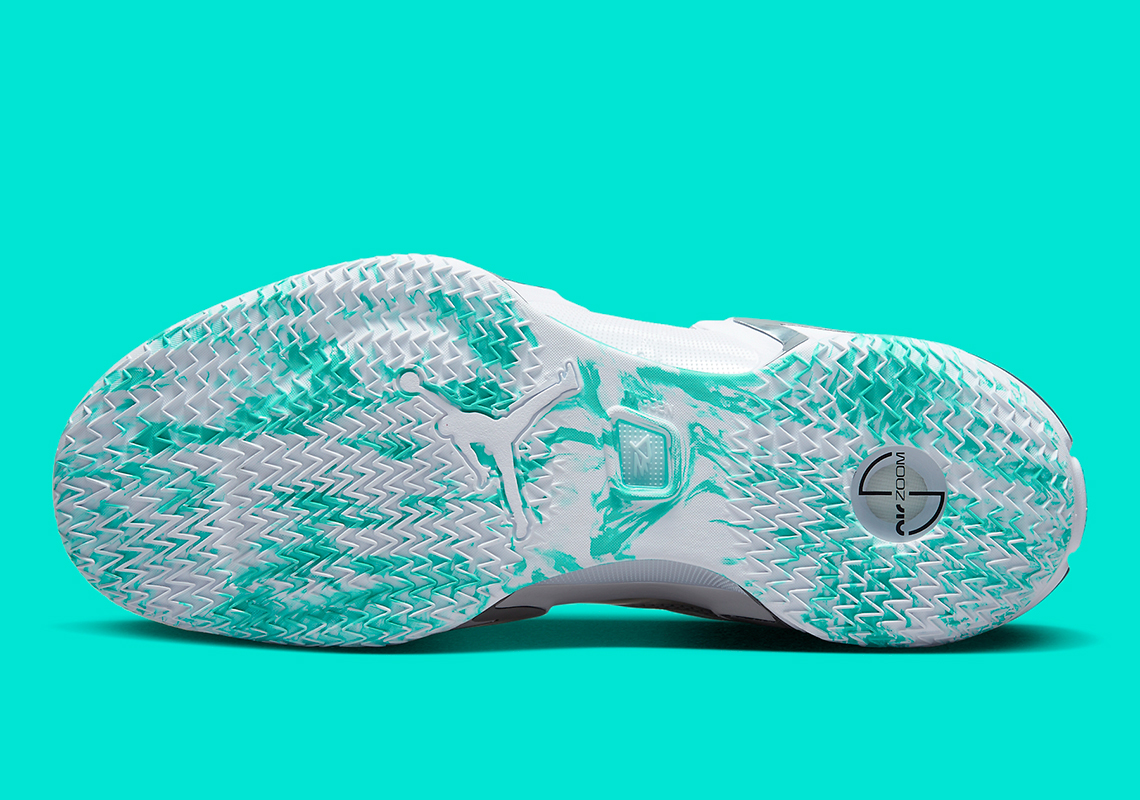 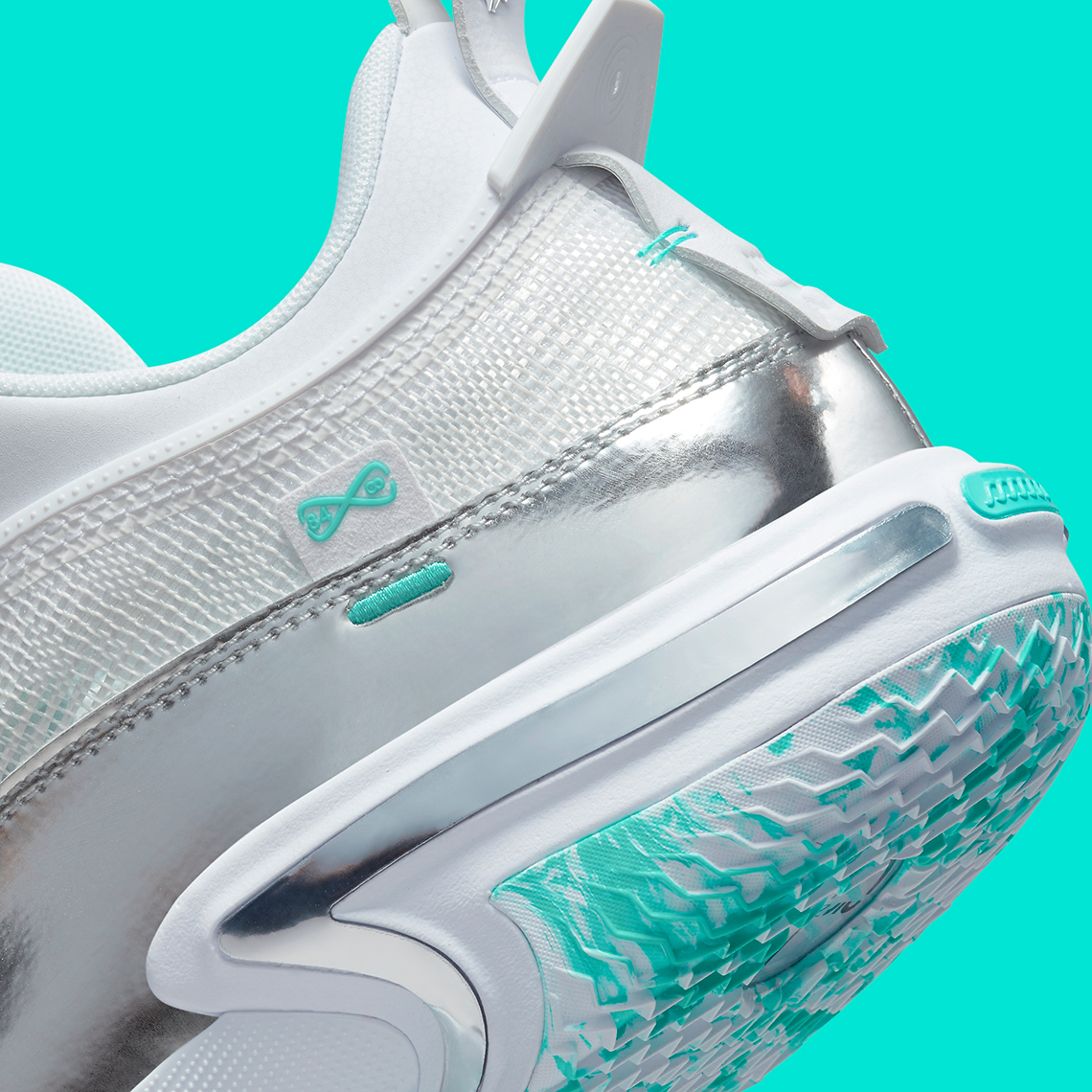 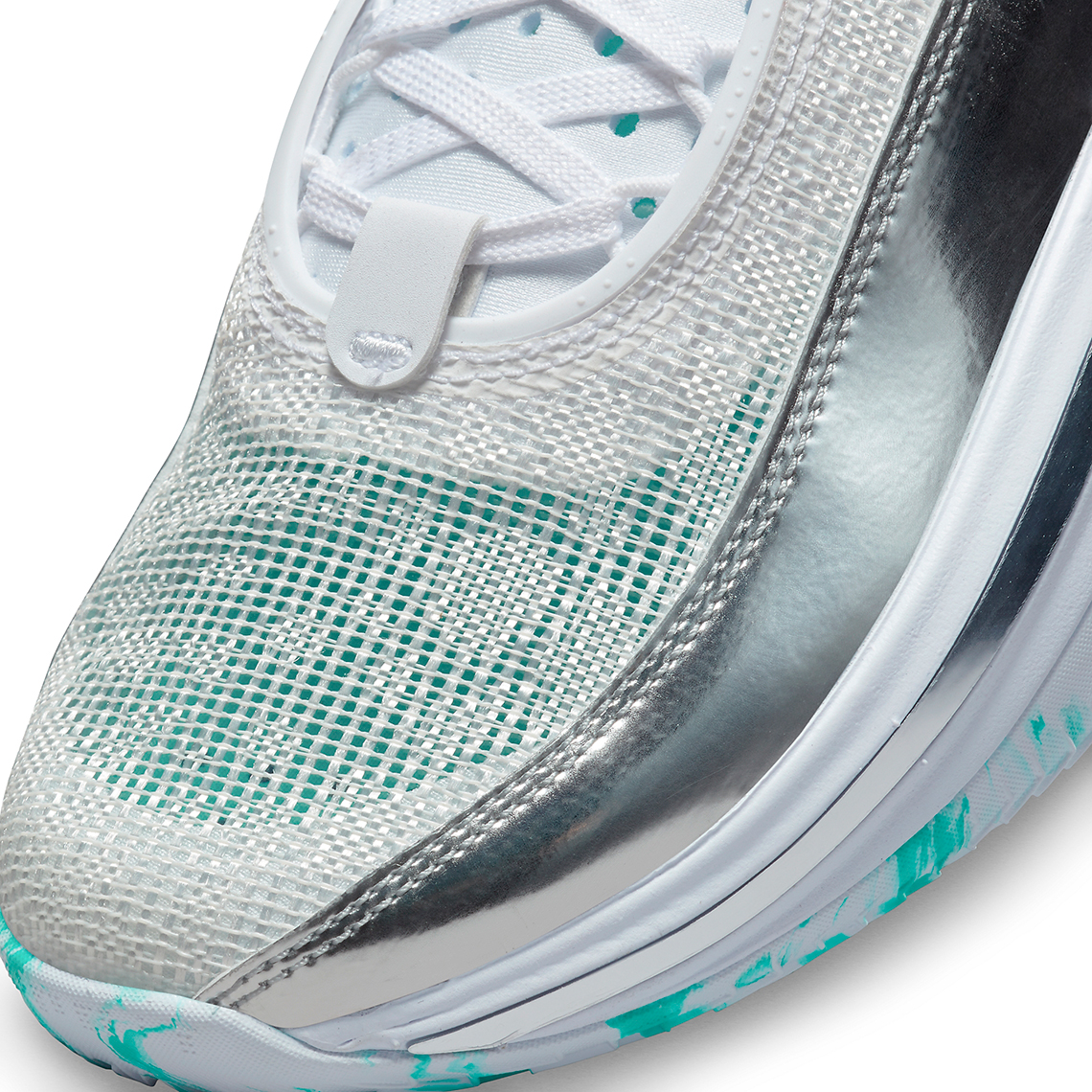 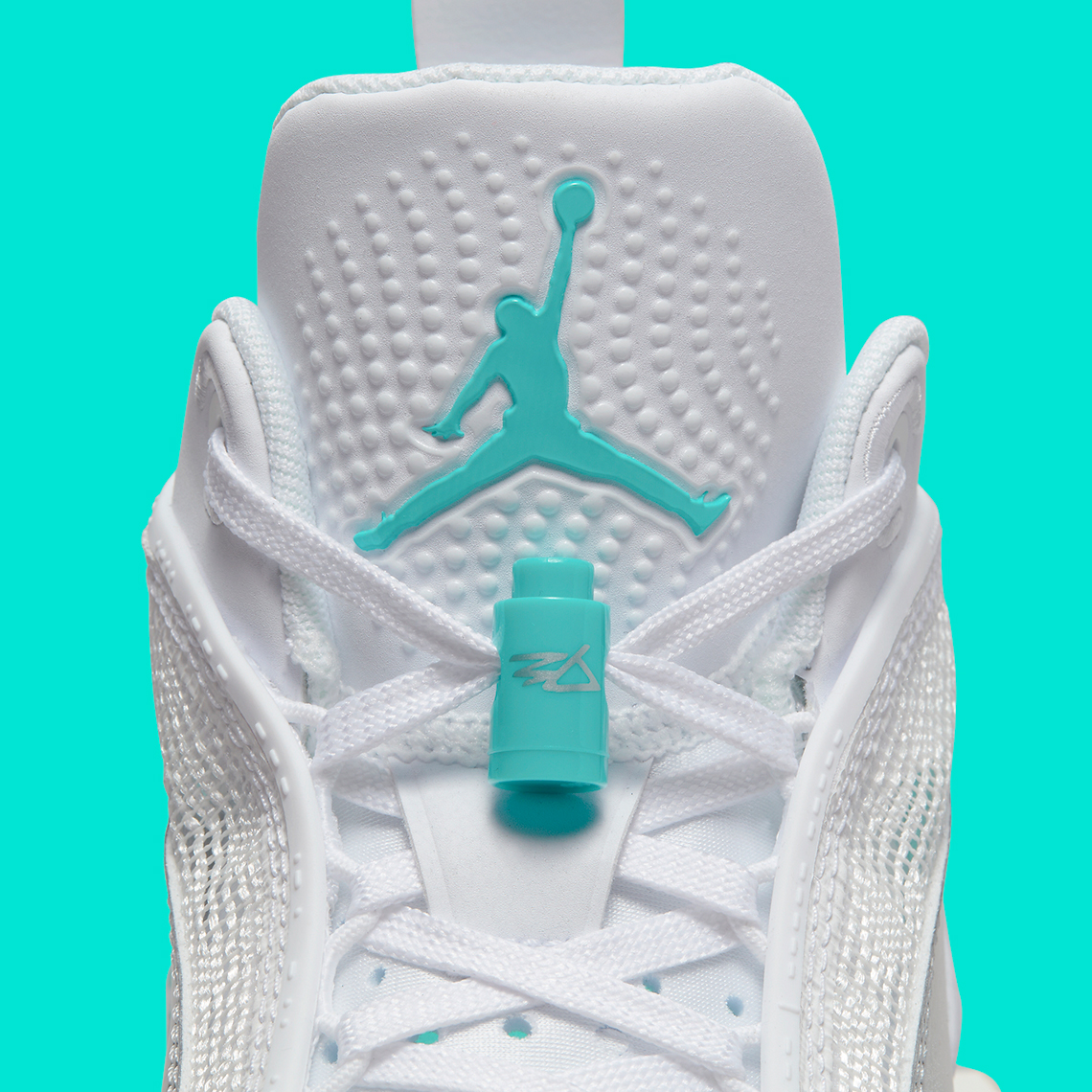 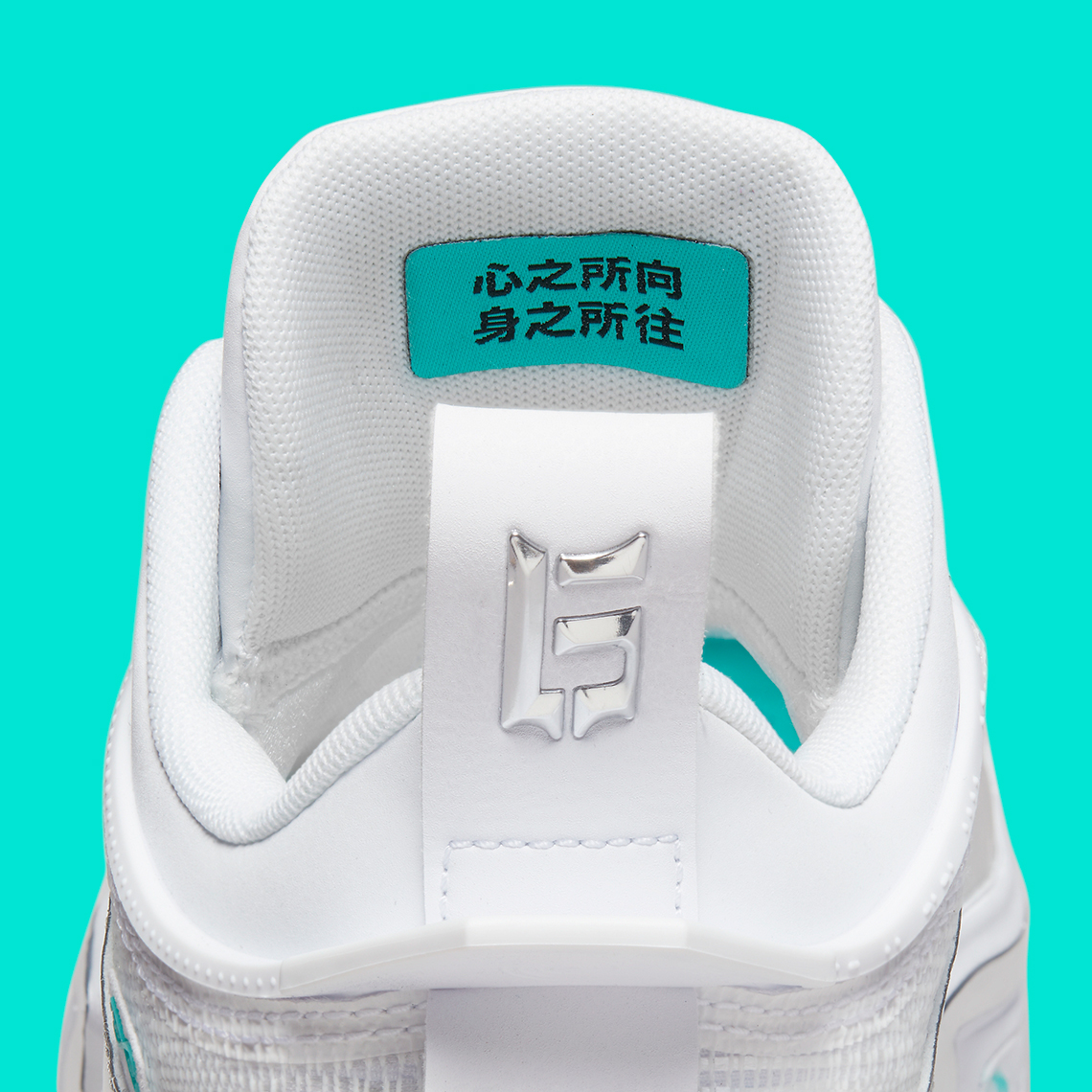