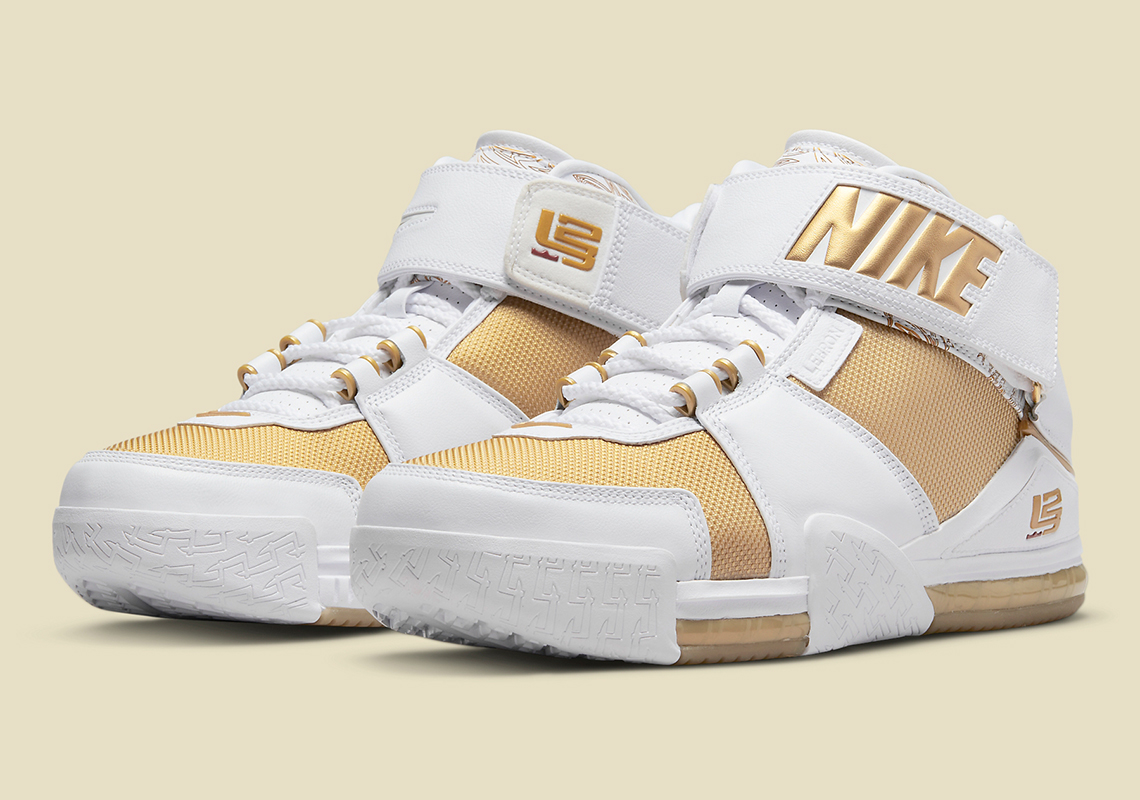 The latter half of 2022 will be an important for the Nike LeBron business as several key milestones will be reached. First, is the debut of the Nike LeBron 20, a signature shoe that, based on first look images, strips down the visible technology and innovation in favor of a silhouette that is rather simple and subdued in comparison to the last decade of LeBron footwear. In addition to the LeBron 20 is the first-ever LeBron 2 Retro, scheduled to release in Fall/Winter in OG and new colorways.

One such original from 2004 is this LeBron 2 in white and gold that was created as a Player Exclusive issue for LeBron during an exhibition contest against Maccabi Elite Tel Aviv. It features all the familiar elements of the LeBron 2, including the laser-etched pattern beneath the ankle strap. White and gold has been revisited quite frequently on the LeBron signature series, with the LeBron 2 being among the earliest of executions.

A release date hasn’t been confirmed yet, but the LeBron 2 is scheduled to release starting this Fall season. 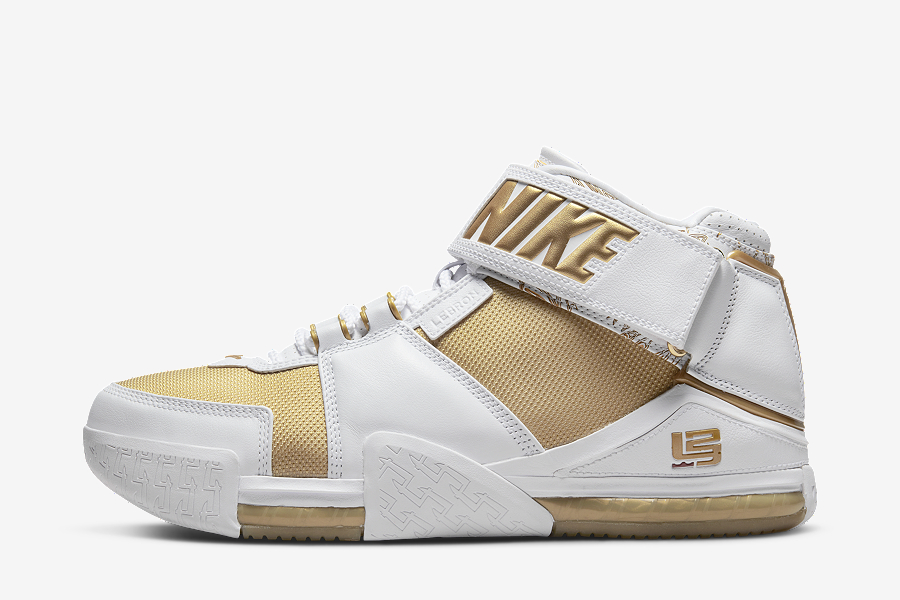 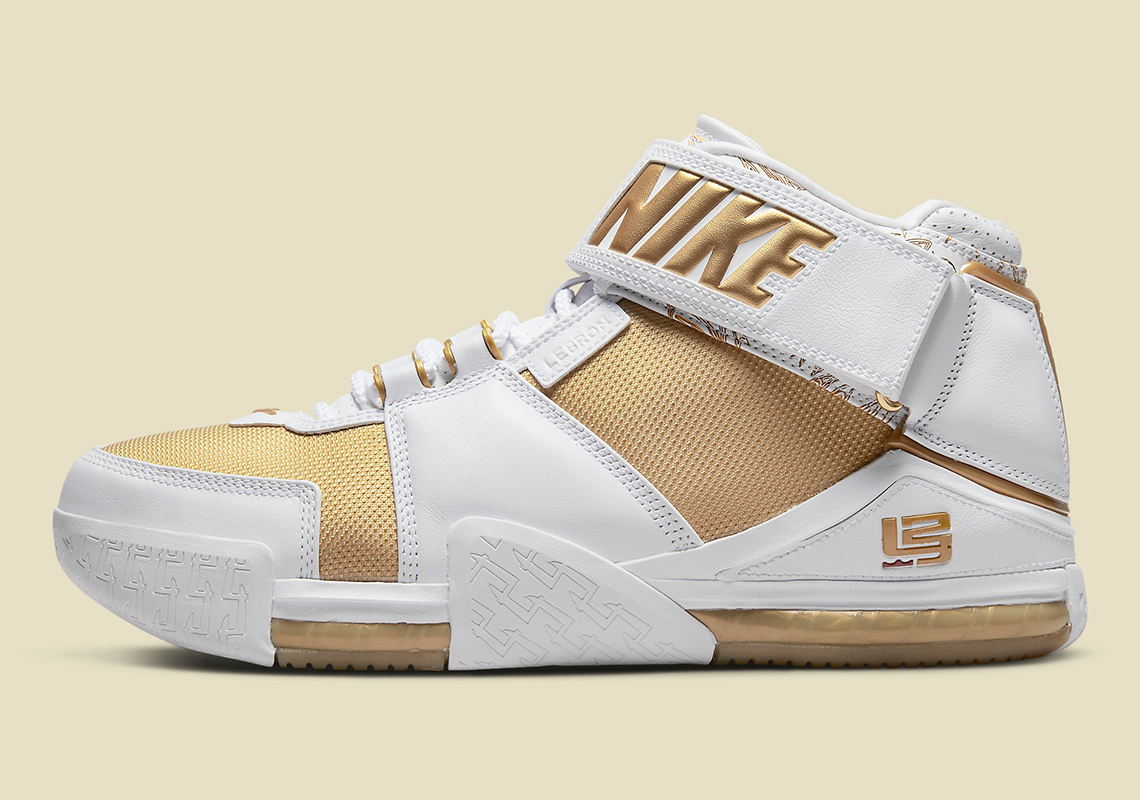 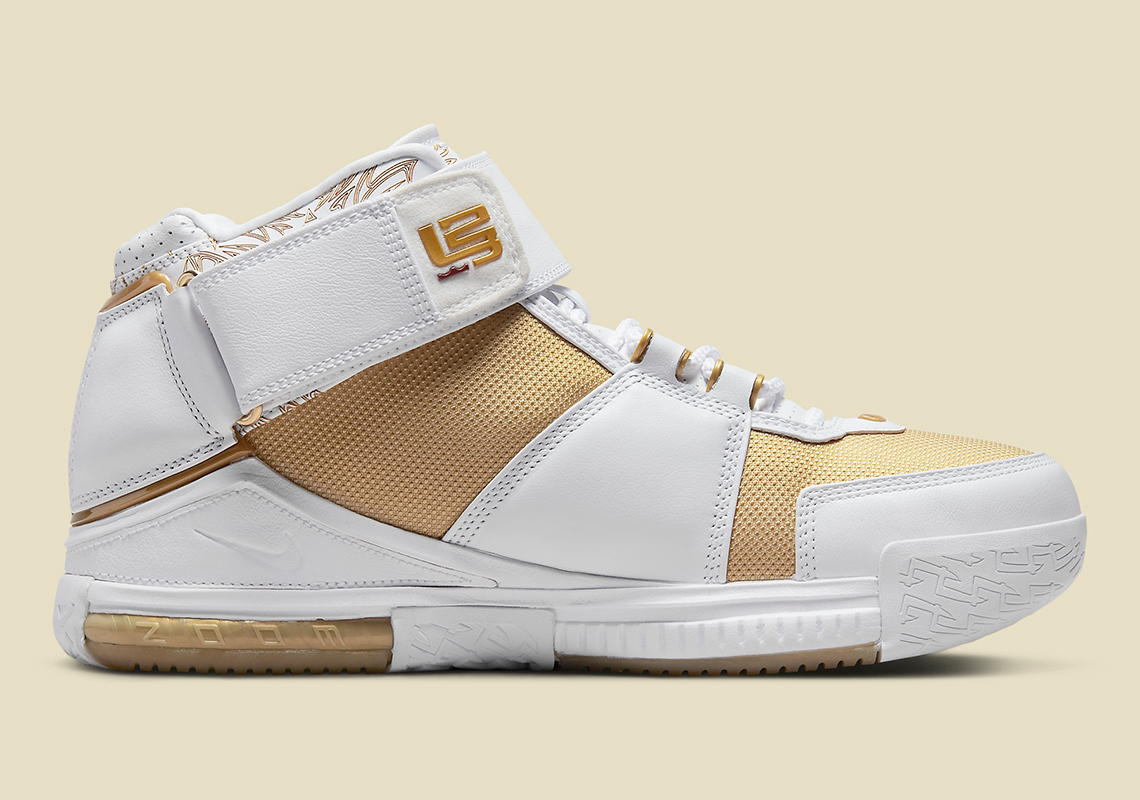 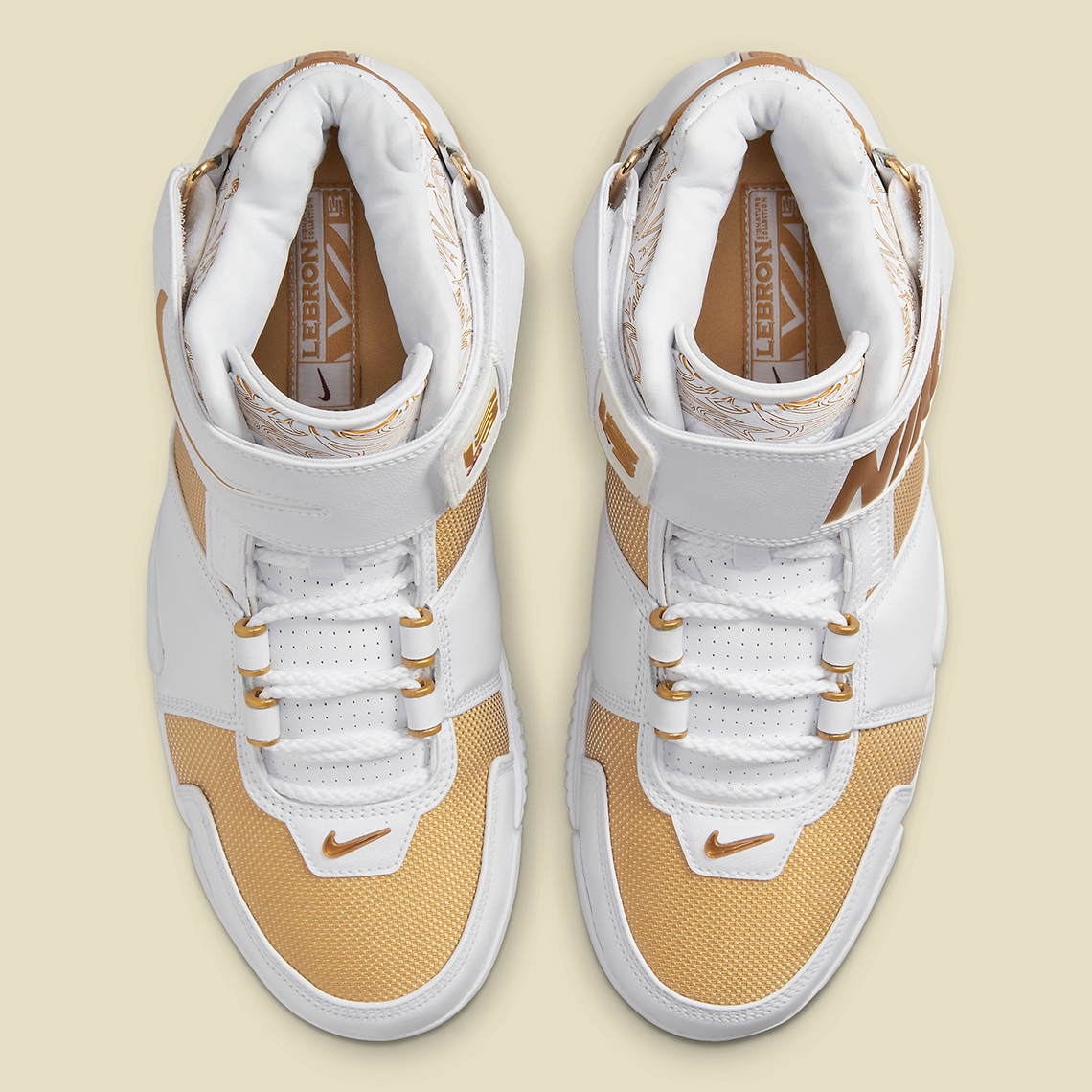 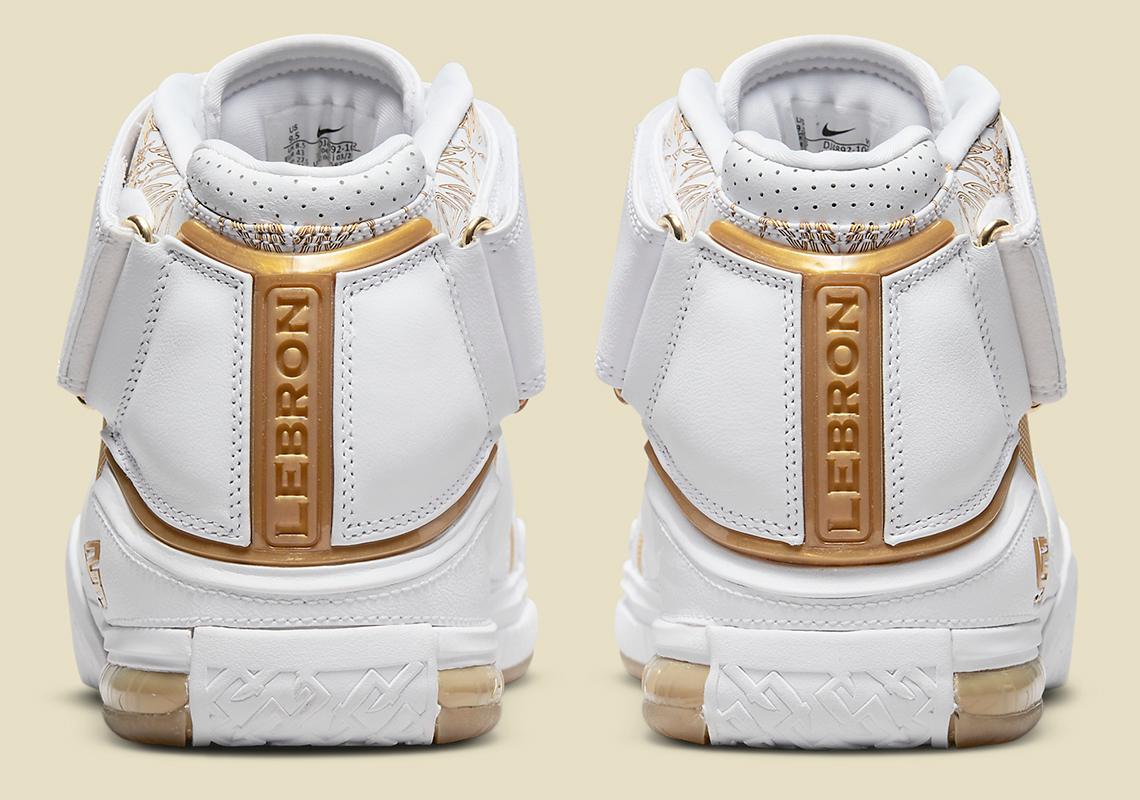 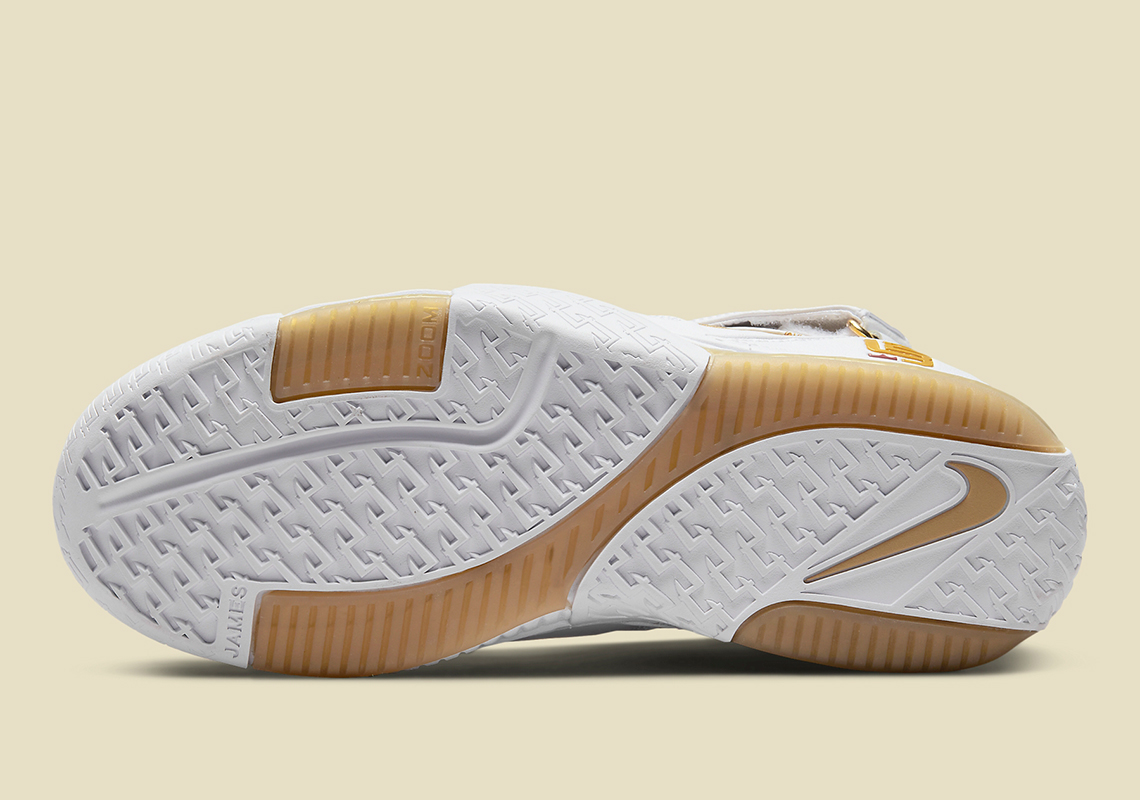 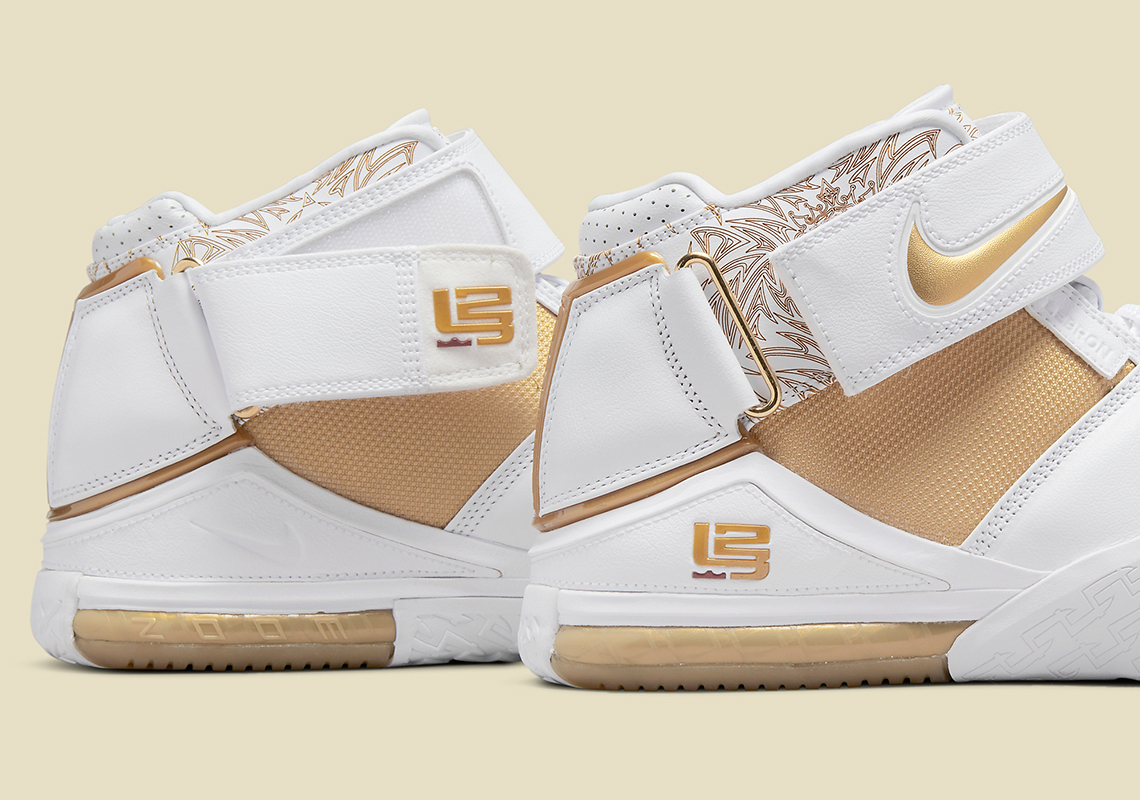 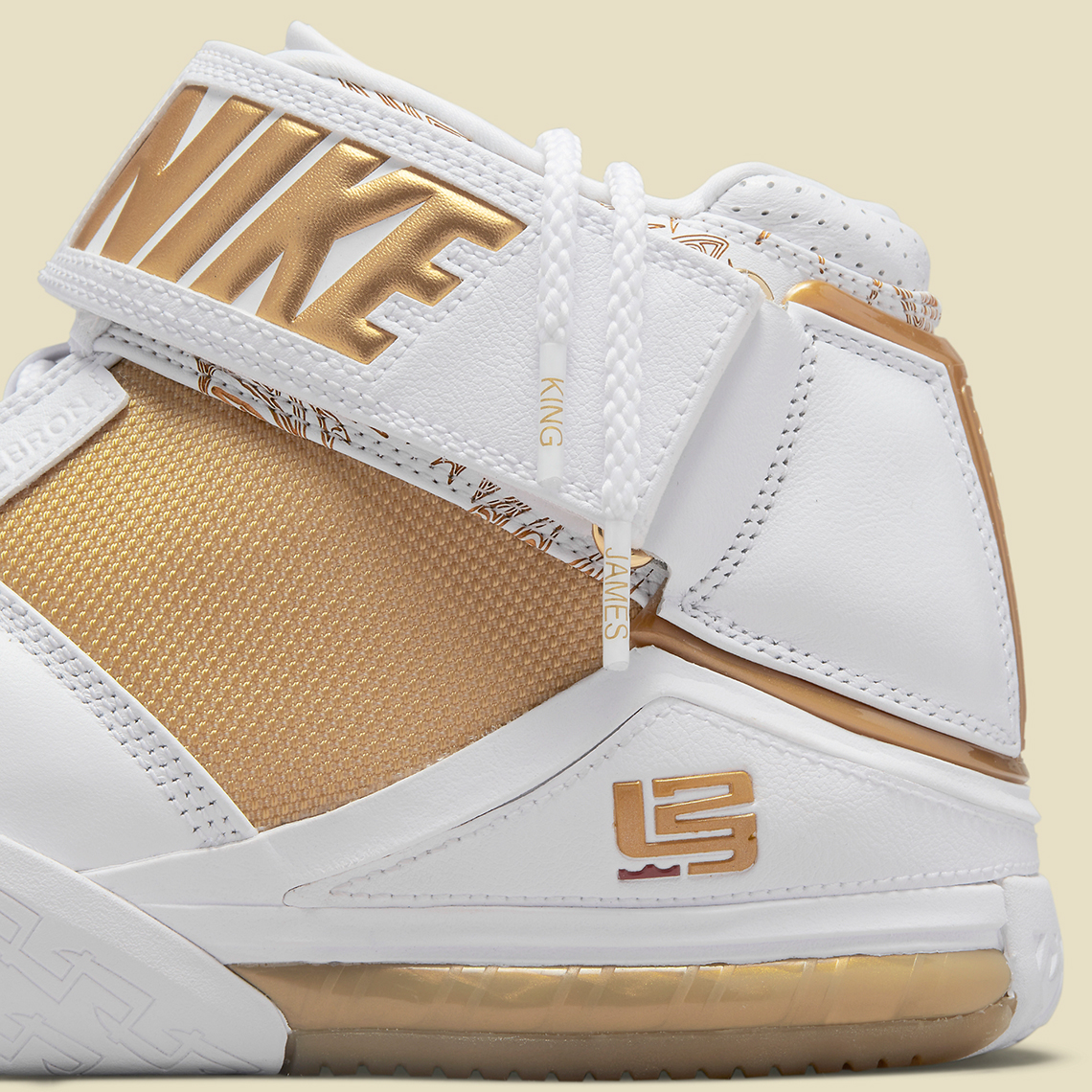 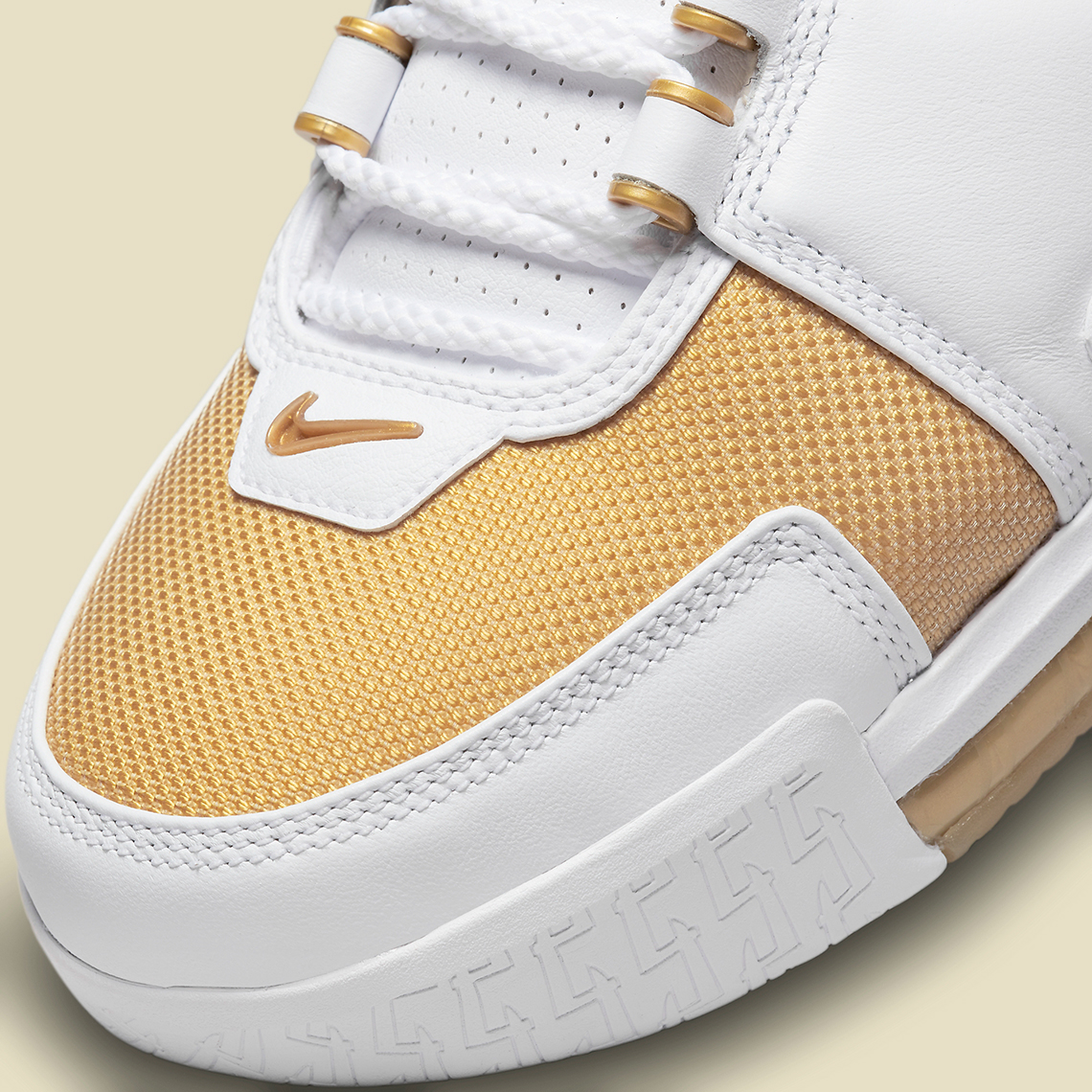 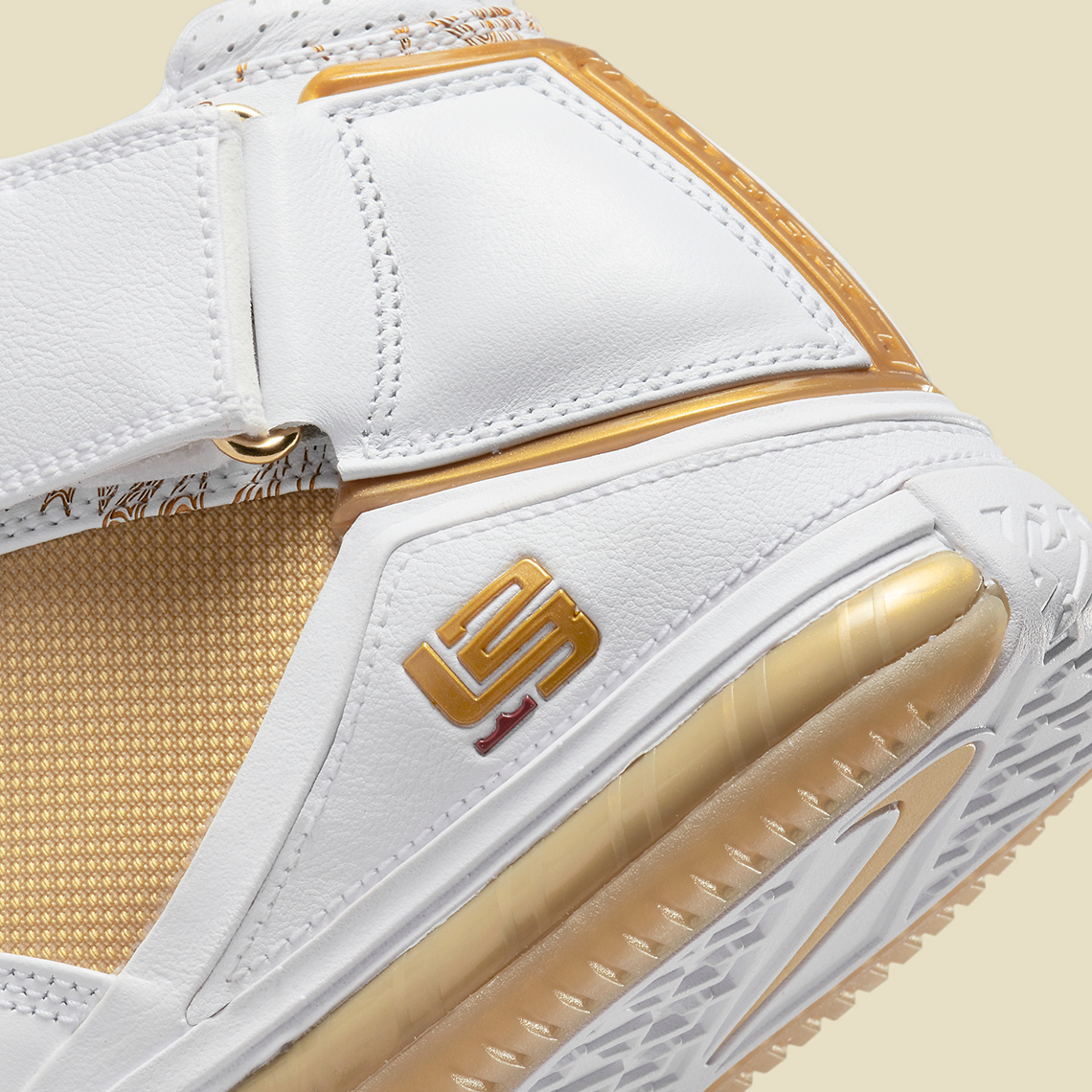 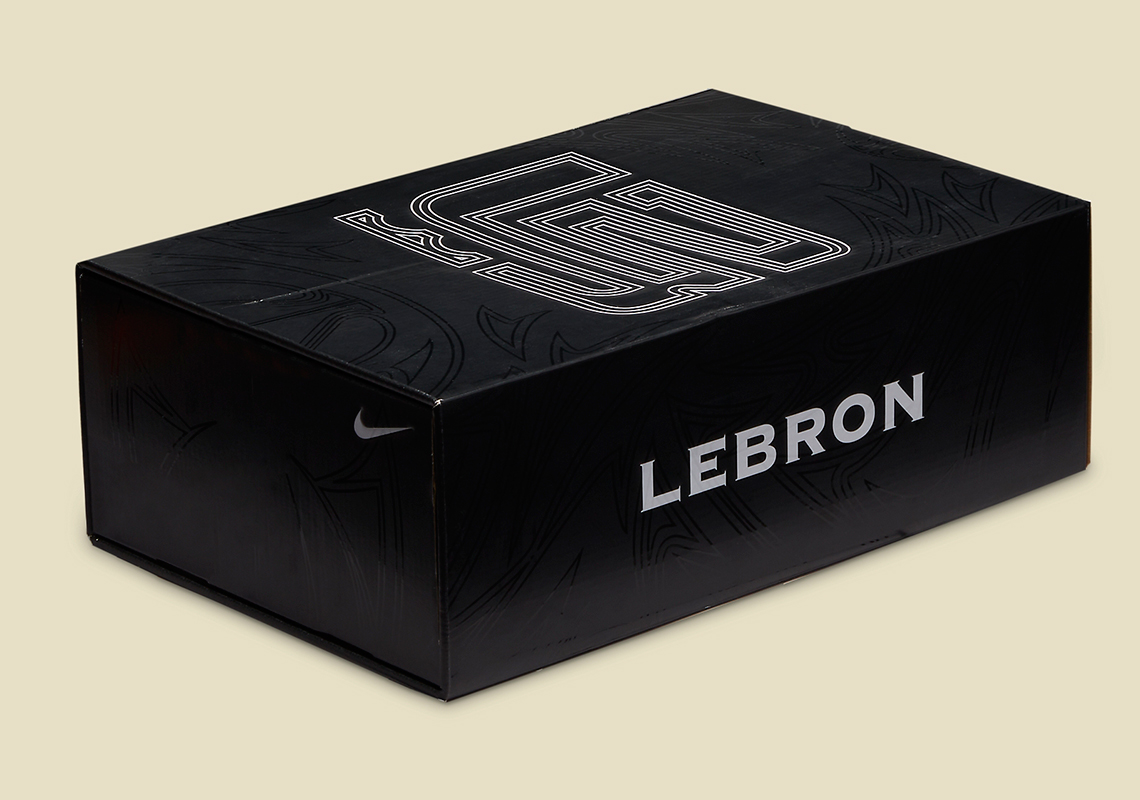