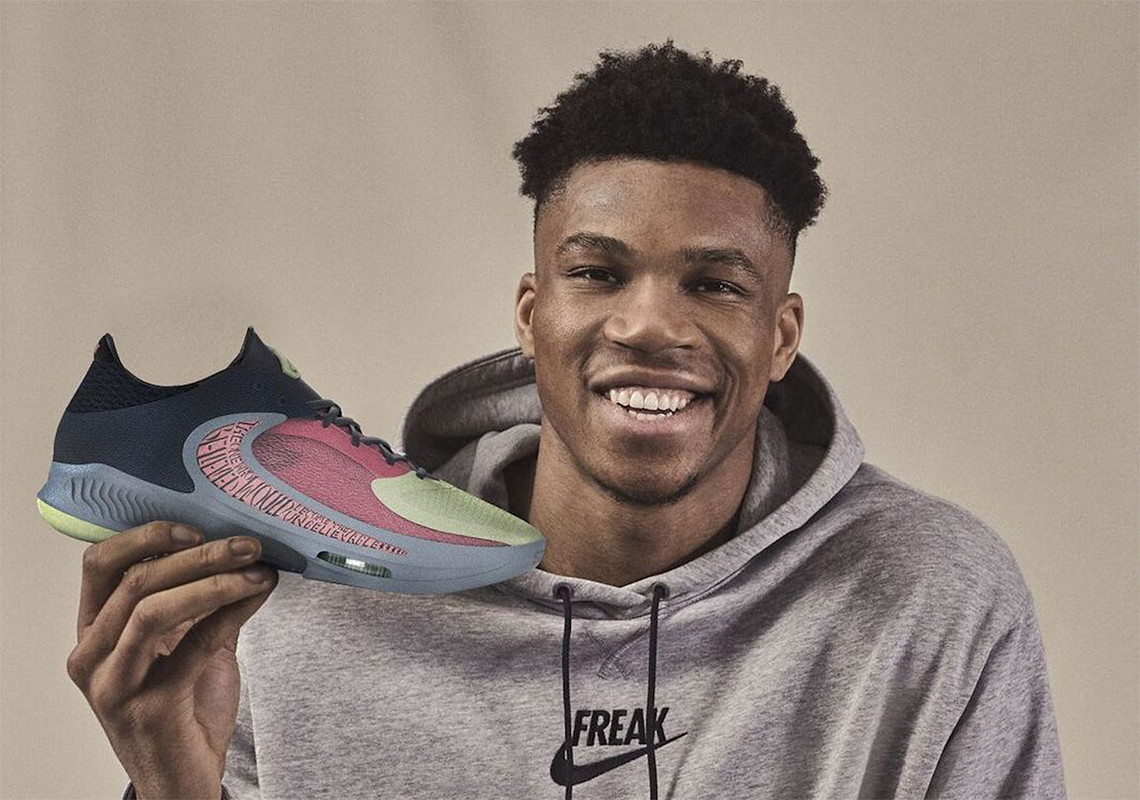 After a few leaks surfaced some weeks, Nike Basketball has offered a first official look at Giannis Antetokounpmo’s next signature shoe — the Nike Zoom Freak 4. This introduction coincides with the Disney+ premiere of Rise, the story that detailed Giannis’ ascension from homelessness with his family to superstardom in the NBA.

While tech specs on the Zoom Freak 4 are sparse, we do see a visible Zoom Air bag at the forefoot, an enlarged reverse Swoosh logo similar to the first model, and an upper build with various panels of engineered mesh. A closer look at the Swoosh reveals a message: “The one who believed would become the unbelievable”.

While Nike promises more details on the Zoom Freak 4 later this Fall, we do know that several colorways are indeed scheduled to drop beginning as soon as August 5th.

In other Nike Basketball news, check out the first look at the Nike LeBron 20. 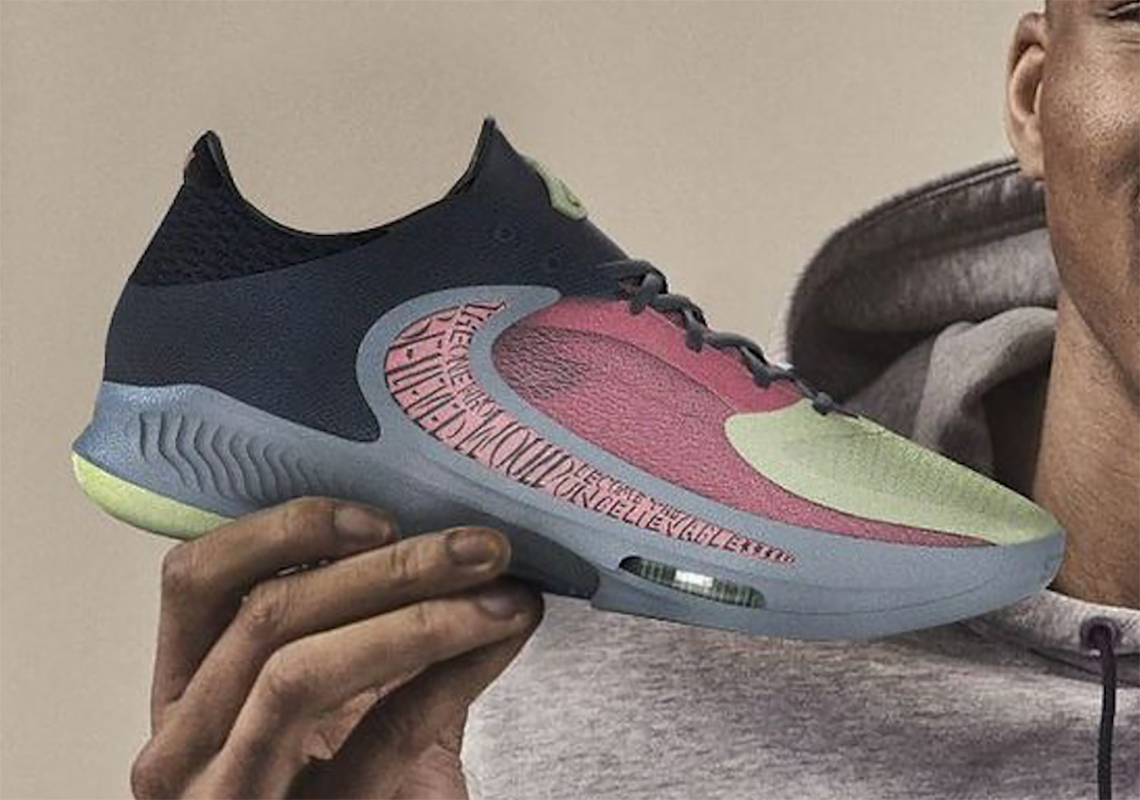