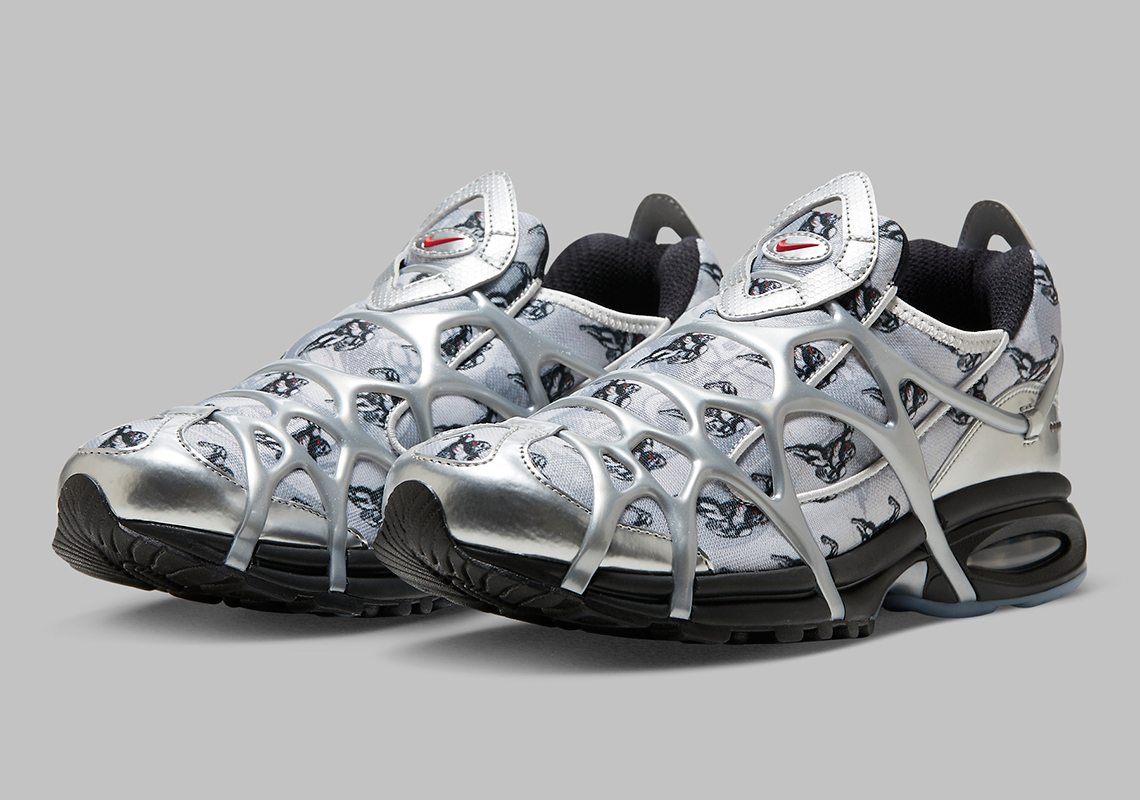 Although the Nike Air Kukini debuted in the early aughts as a response to the demands of competitive triathletes, the sneaker has gone on to become a cult-favorite among street-style fans.

As the silhouette continues to regain its footing within NIKE, Inc.’s roster of products, it’s explored everything from original colorways to more experimental takes. Recently, the latter category has gained another tally in the form of a “Metallic Silver” ensemble covered with Swoosh Man graphics. The fictional hero may not be well-known, but he isn’t new: an idea credited to Ian Campbell, Olympic athlete and Nike Veteran, Swoosh (the mascot’s official name) was intended to help market the brand’s Sports Entertainment efforts that commenced in a concerted way in 1996. His bodysuit was designed by the same team that had created costuming for the Batman movies up to that point, and was offset by bold red swooshes at the chest and sides of the head. The protective, muscle-laden suit is captured precisely across the Air Kukini, which has been produced for “The Mighty Swooshers” collection, a Nike Sportswear lineup of footwear inspired by a made-up comic storyline. To round out the shoe, the company has used a predominantly “Black”-colored sole unit, which allows for the silver upper (and its print) to revel that much more in the spotlight.

No firm Nike SNKRS launch details have been disclosed by the brand, but that’s likely to change as the end of the year inches closer. While you wait, enjoy official images of the pair ahead. 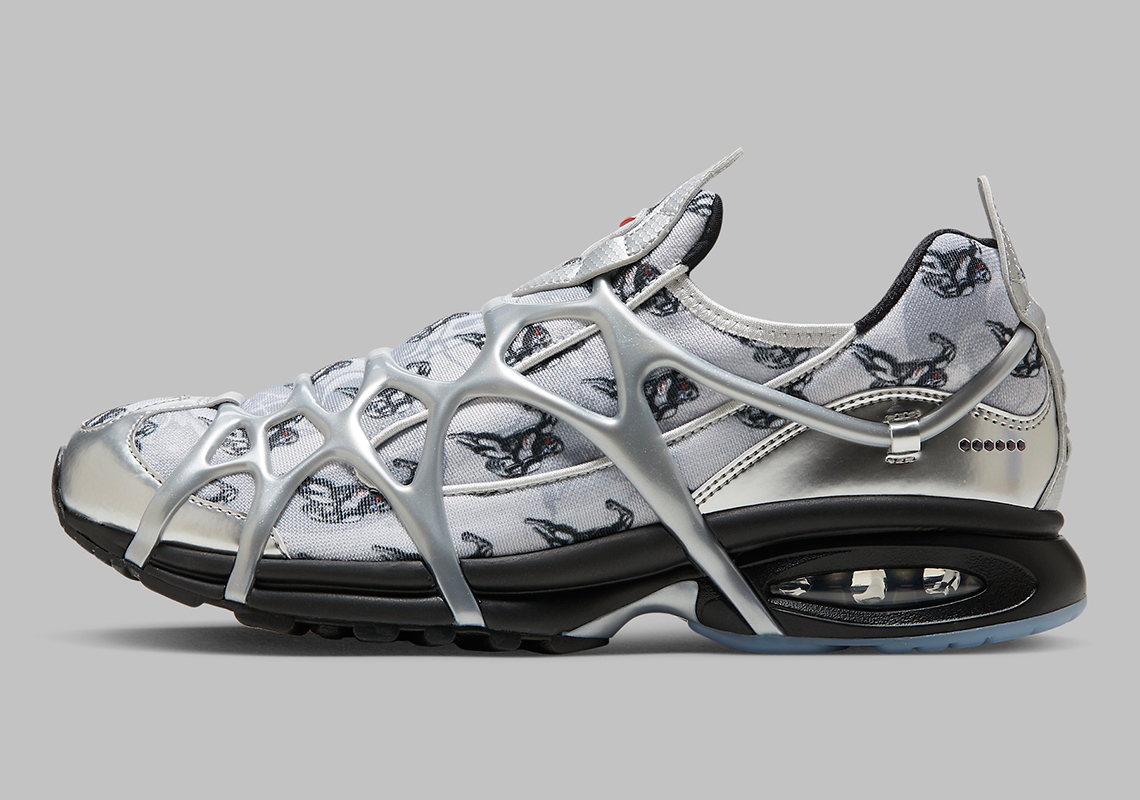 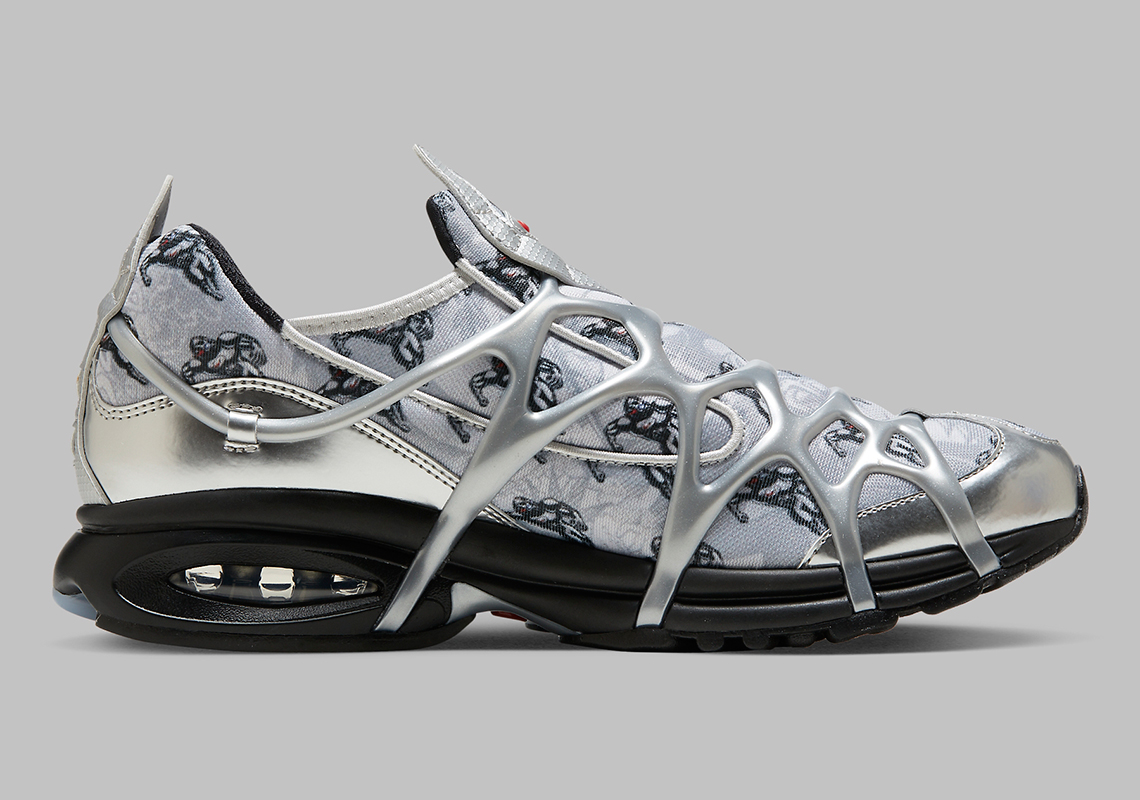 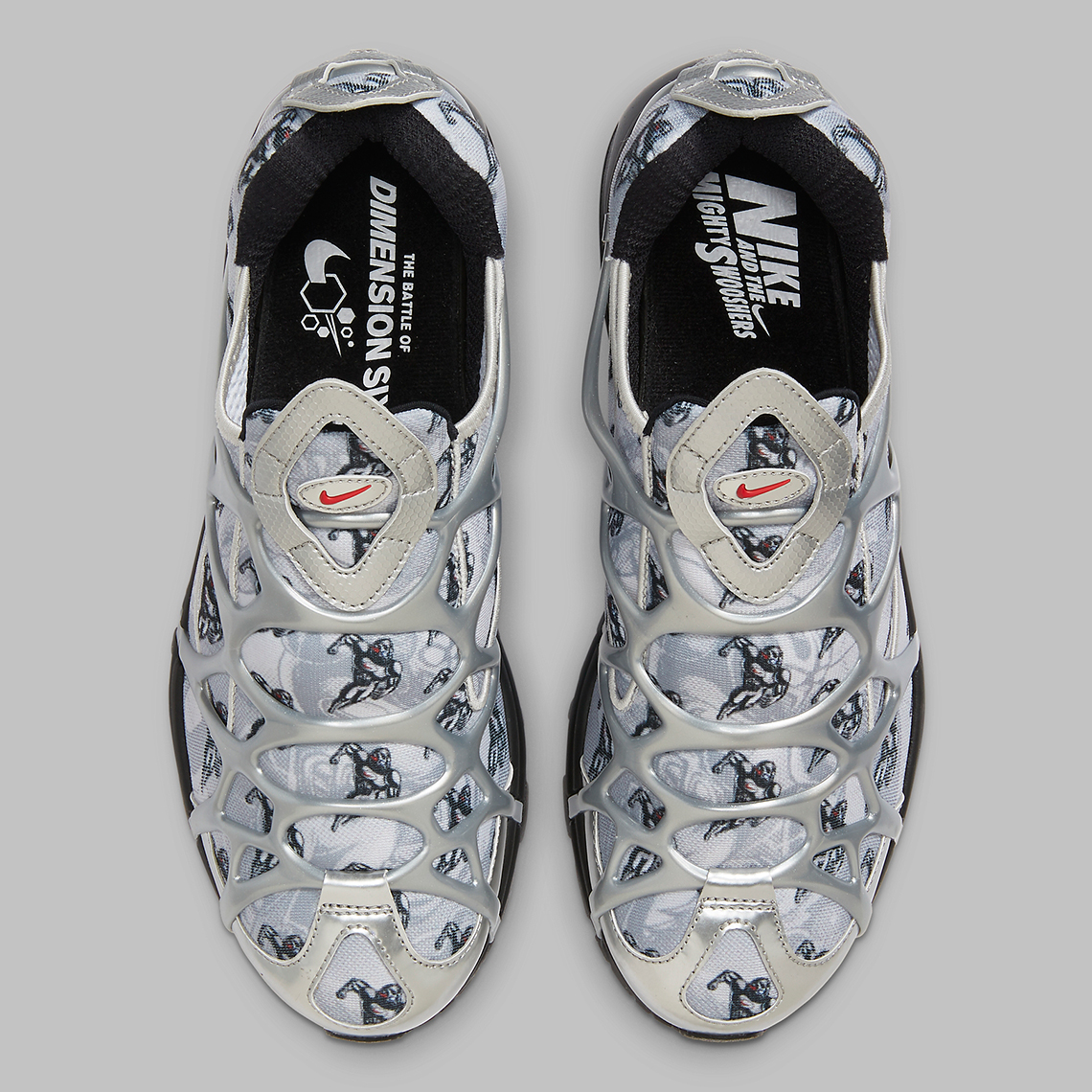 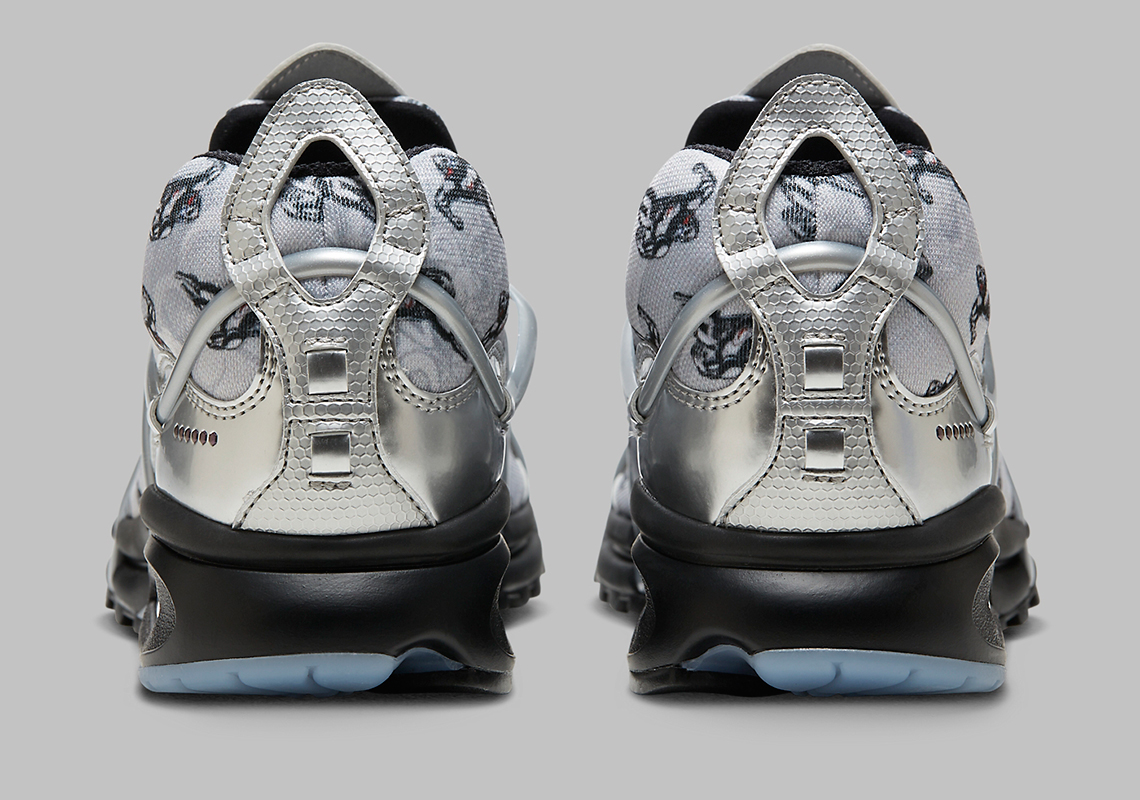 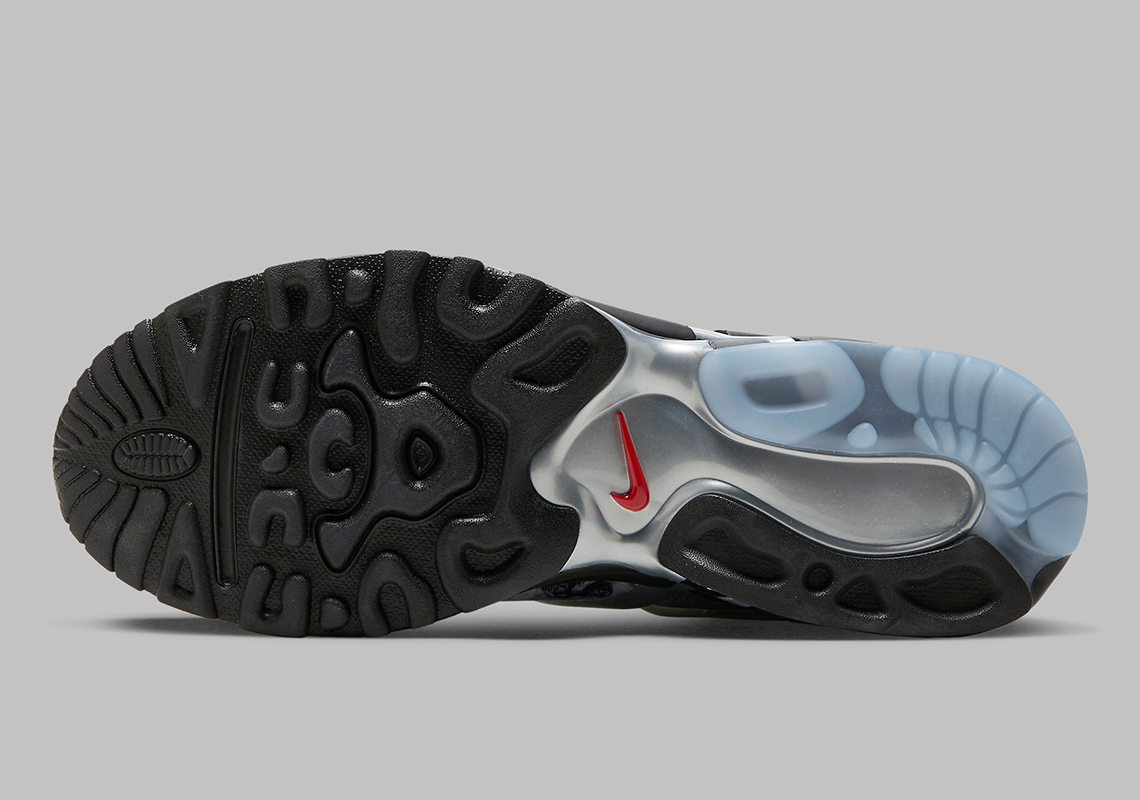 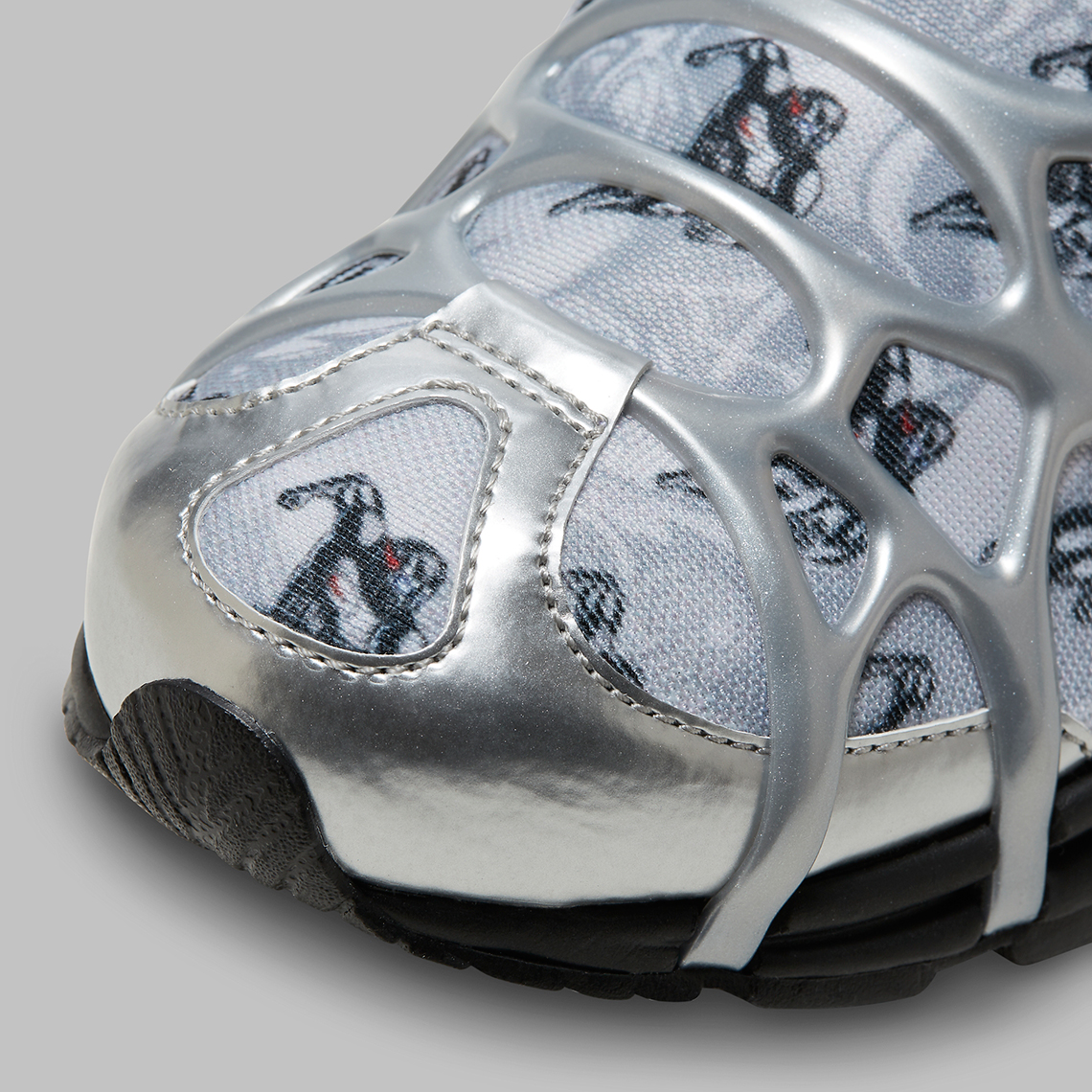 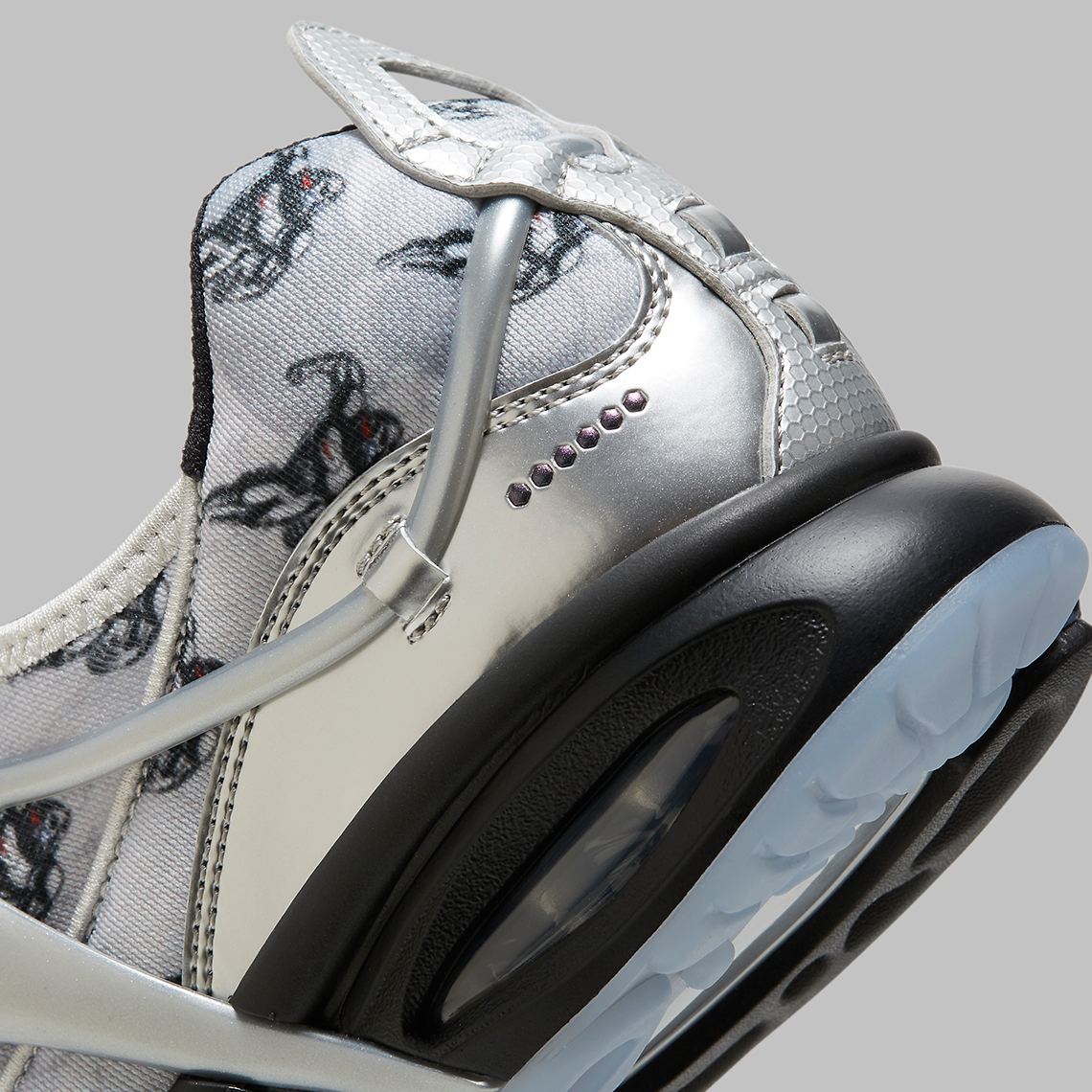