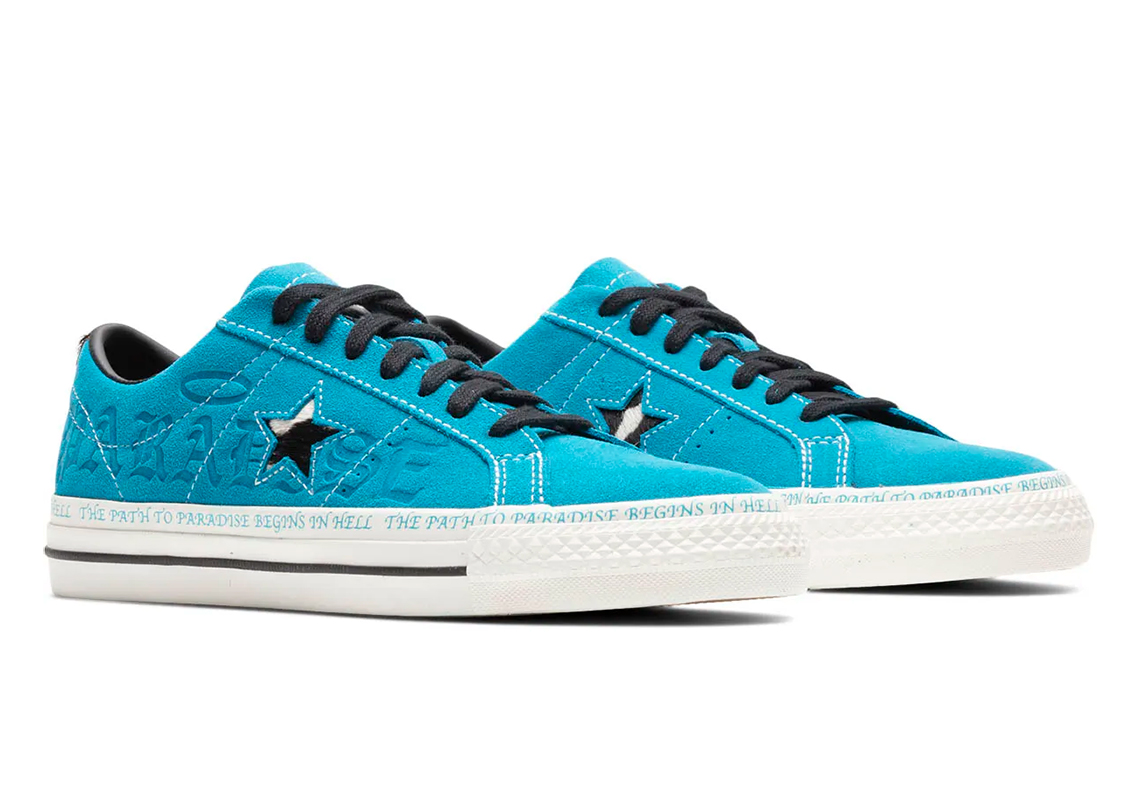 Over a year since it’s LA-inspired counterpart made waves in a baby pink rendition, the skateboarding capitol is remaining a staple inspiration in the collaborative efforts between City of Angels native Sean Pablo and the team over at Converse. Blending aspects of both the skate and fashion world, the “Rapid Teal” Converse One Star Pro Ox follows suit in its predecessor’s bold flavoring.

The classic low-top silhouette is reintroduced into the skate scene by way of dressing the upper in teal suedes that houses the style of old English text for an imprinted “PARADISE” branding along the lateral upper. The centuries-old style is additionally mimicked along the “Egret” and black striped midsole which includes the inscription, “THE PATH TO PARADISE BEGINS IN HELL” as synonymous personal images from Pablo’s clothing brand are inserted as prints for the insoles. Black accents round out the color palette of the model adorning the laces and sock liner while a faux hairy cow-print material resides underneath the lateral star logo and heel tab for an additional sampling of Pablo’s striking offerings.

Enjoy a look at the official images of the latest Sean Pablo x Converse collab while we anticipate an August 24th release date on Converse.com retailing for $75.

In other sneaker news, A Ma Maniere is dawning the Nike Air Ship in a “Game Royal” colorway. 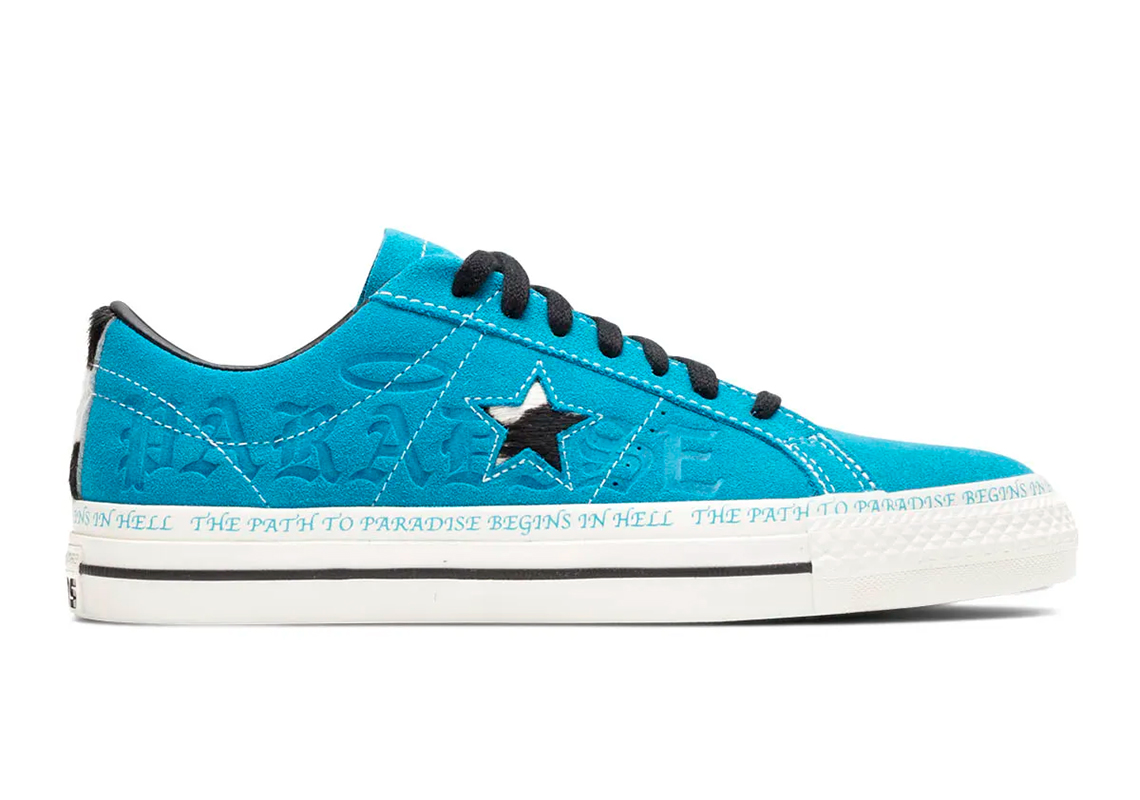 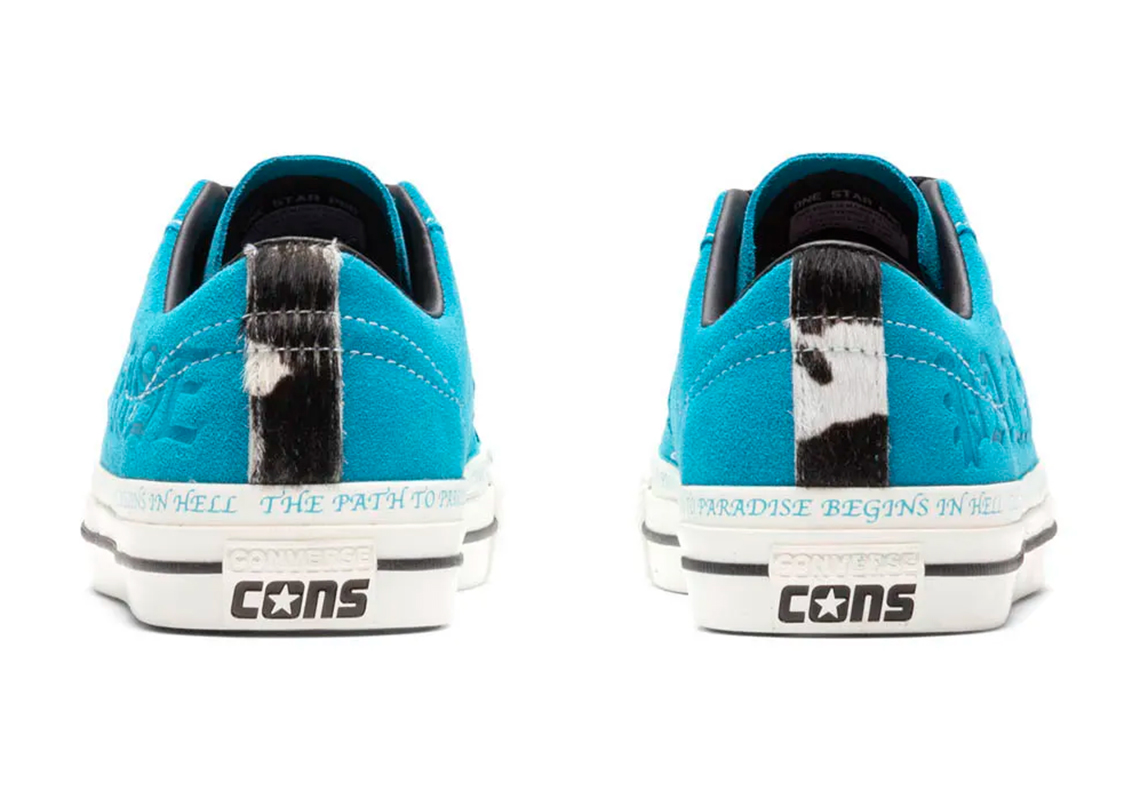 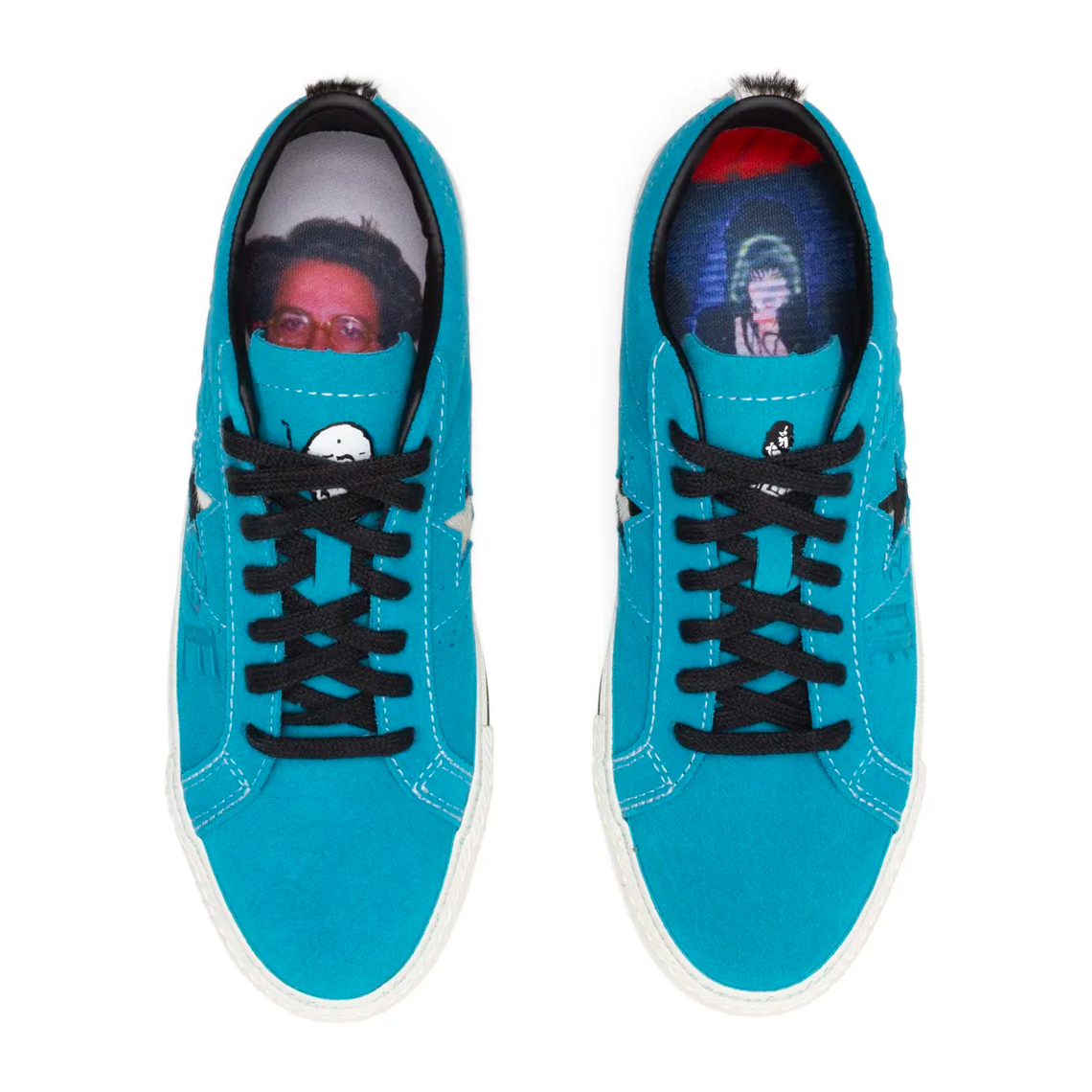