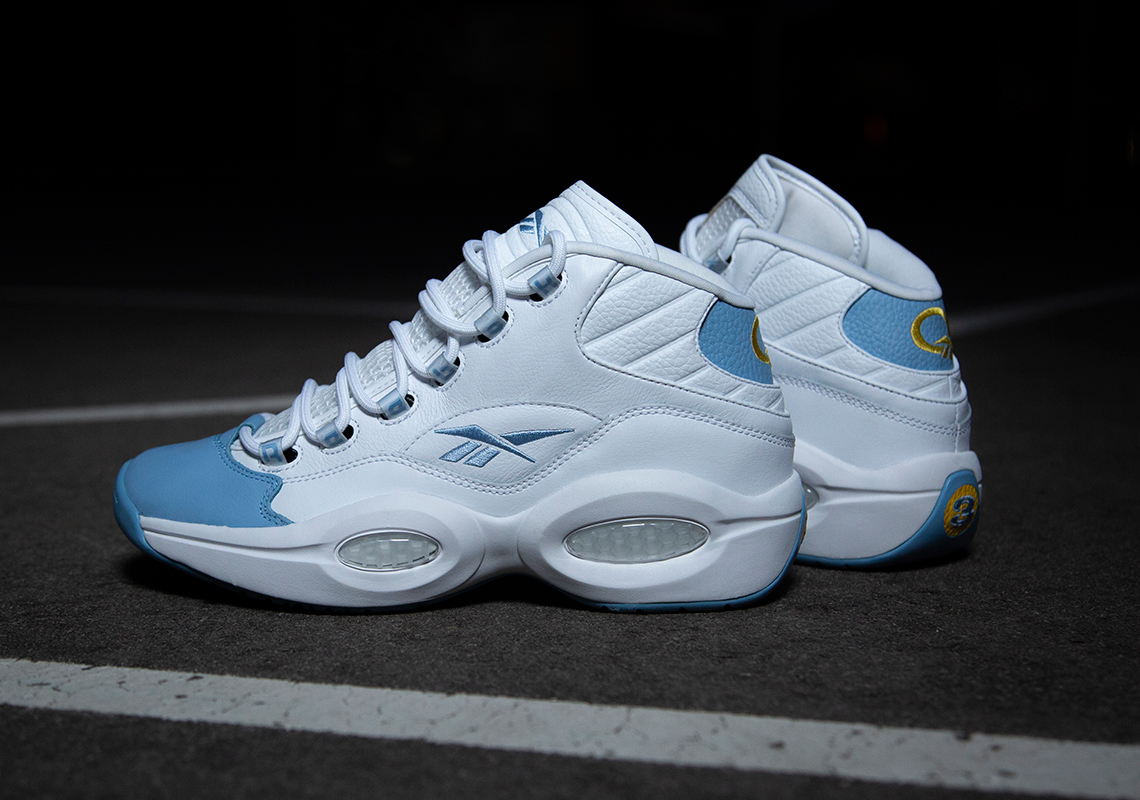 Allen Iverson’s impact on the culture can’t be overstated. So when the 2001 MVP was shipped to Denver to team up with Carmelo Anthony, it’s safe to say the League witnessed a seismic shift in its power balance. While the move never materialized into a substantial winning record – getting bounced from the opening round of the Western Conference playoffs in back-to-back seasons – the two-year stint proffered a full slate of clean cut silhouettes that Reebok is now revisiting 15 years later.

Such is the case with the “On To The Next” PE of the Reebok Question Mid, which was recently unveiled in further imagery ahead of its scheduled release this month.

Harkening the mid 2000’s color palette of the Nuggets, crisp white leathers dominate the upper’s real estate while the toe cap renders the opposing mainstay of powder blue hues. Collecting along the lace loops “REEBOK” lettering, its embroidered midfoot insignia and cracked leather heel tab, the latter shade claims the role of a persistent contrast throughout the model. Further brightening the overall proposition through a clad white midsole, mesh tongue construction and laces, golden yellow  accents outfit the leather base layer of the tread’s #3 before concluding amidst the heel counter’s threaded logo and the clad blue outsole’s branding in conclusion.

Set to release on November 25th in full family sizes for a retail price of $160, enjoy official images of the Reebok Question Mid “On To The Next” below in the meantime.

For more hoops-inspired silhouettes, take a first look at Russell Westbrook’s Jordan Why Not? 0.6. 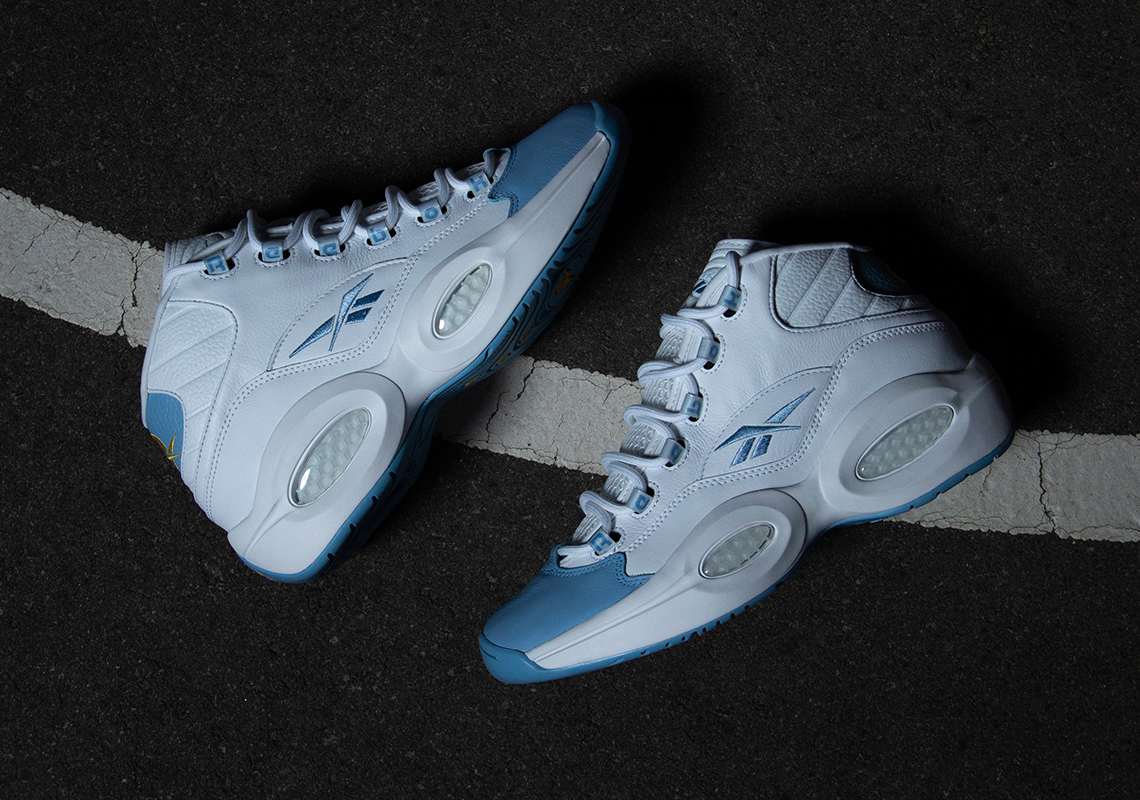 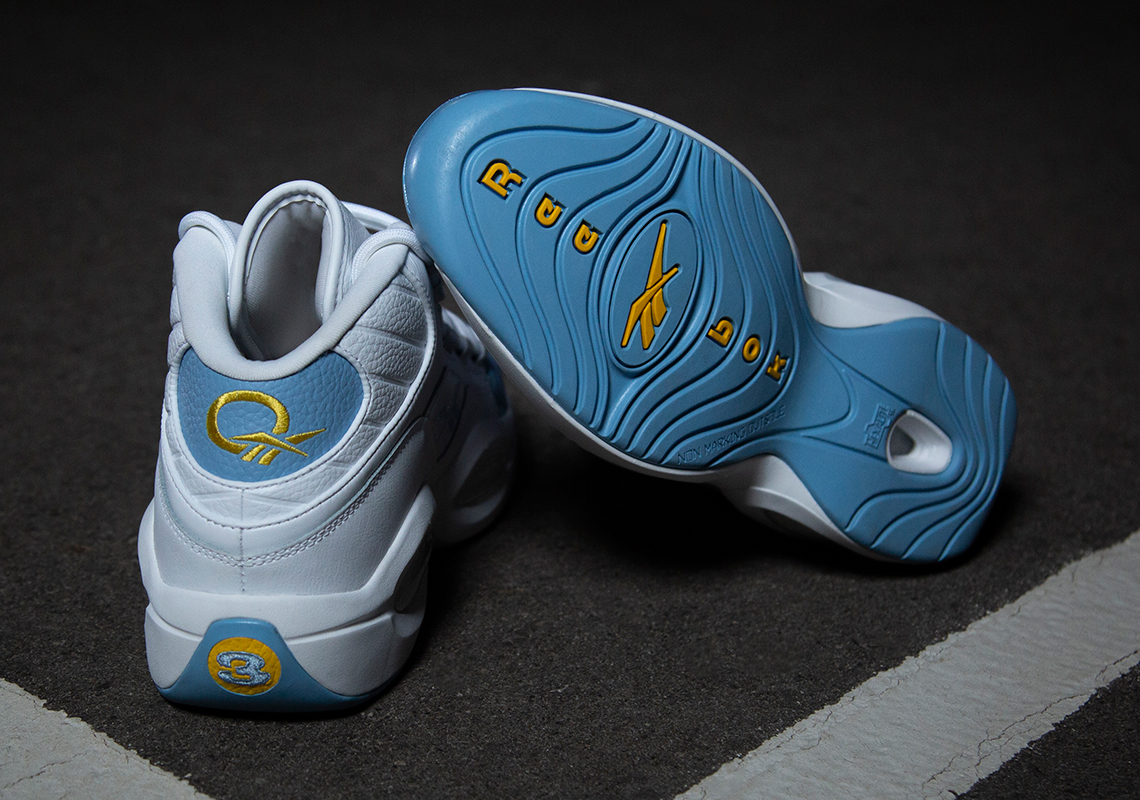 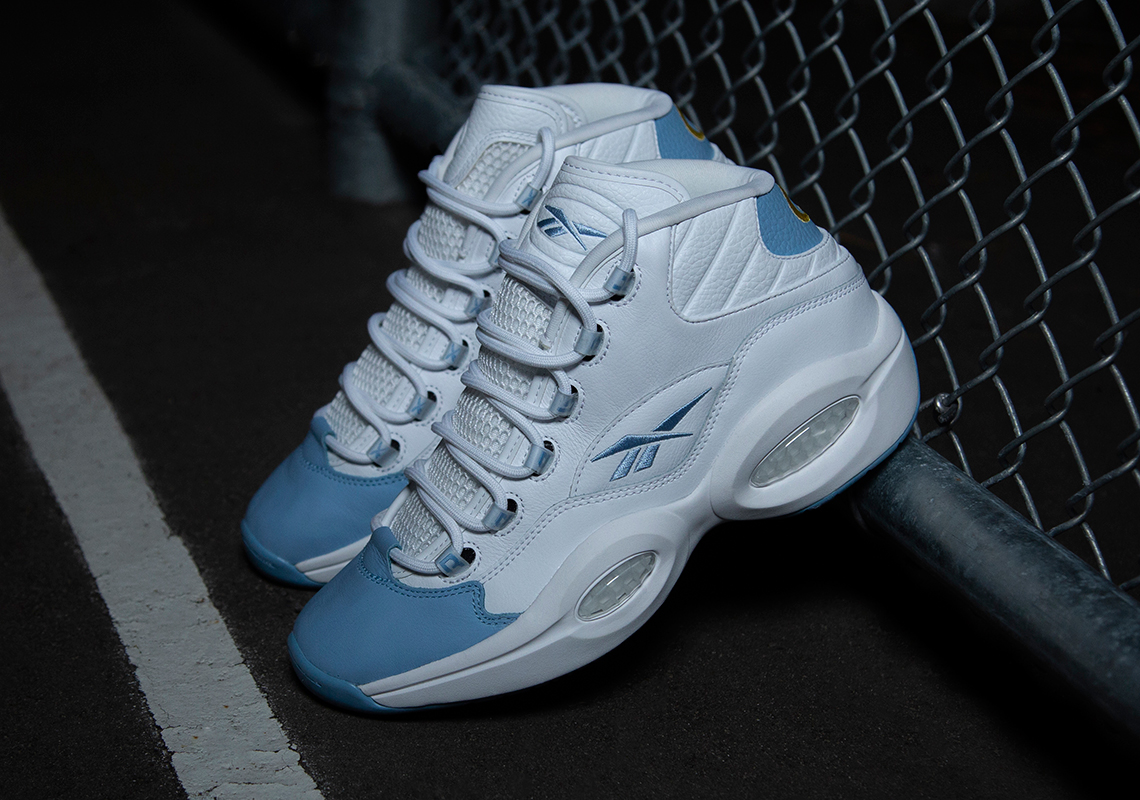 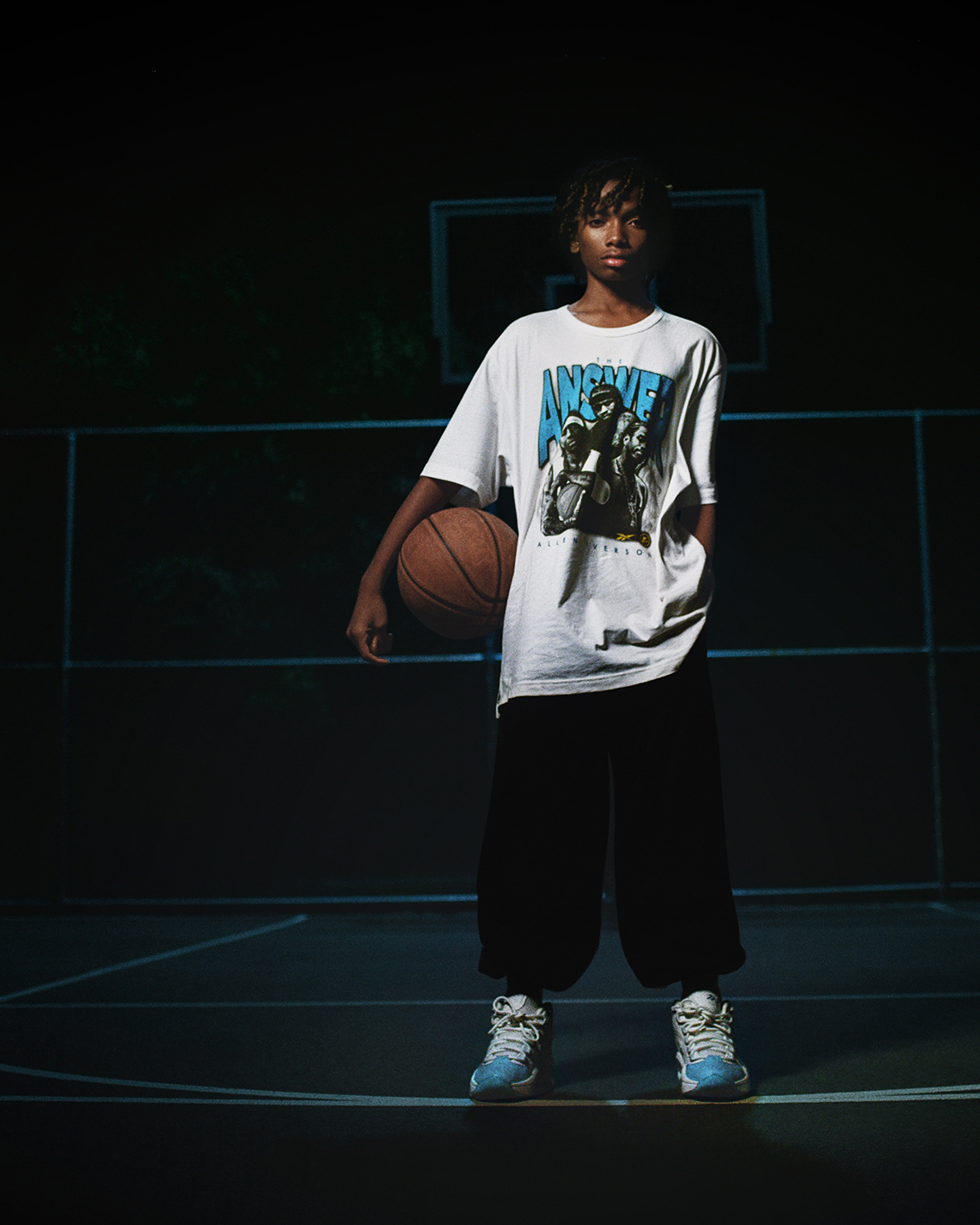 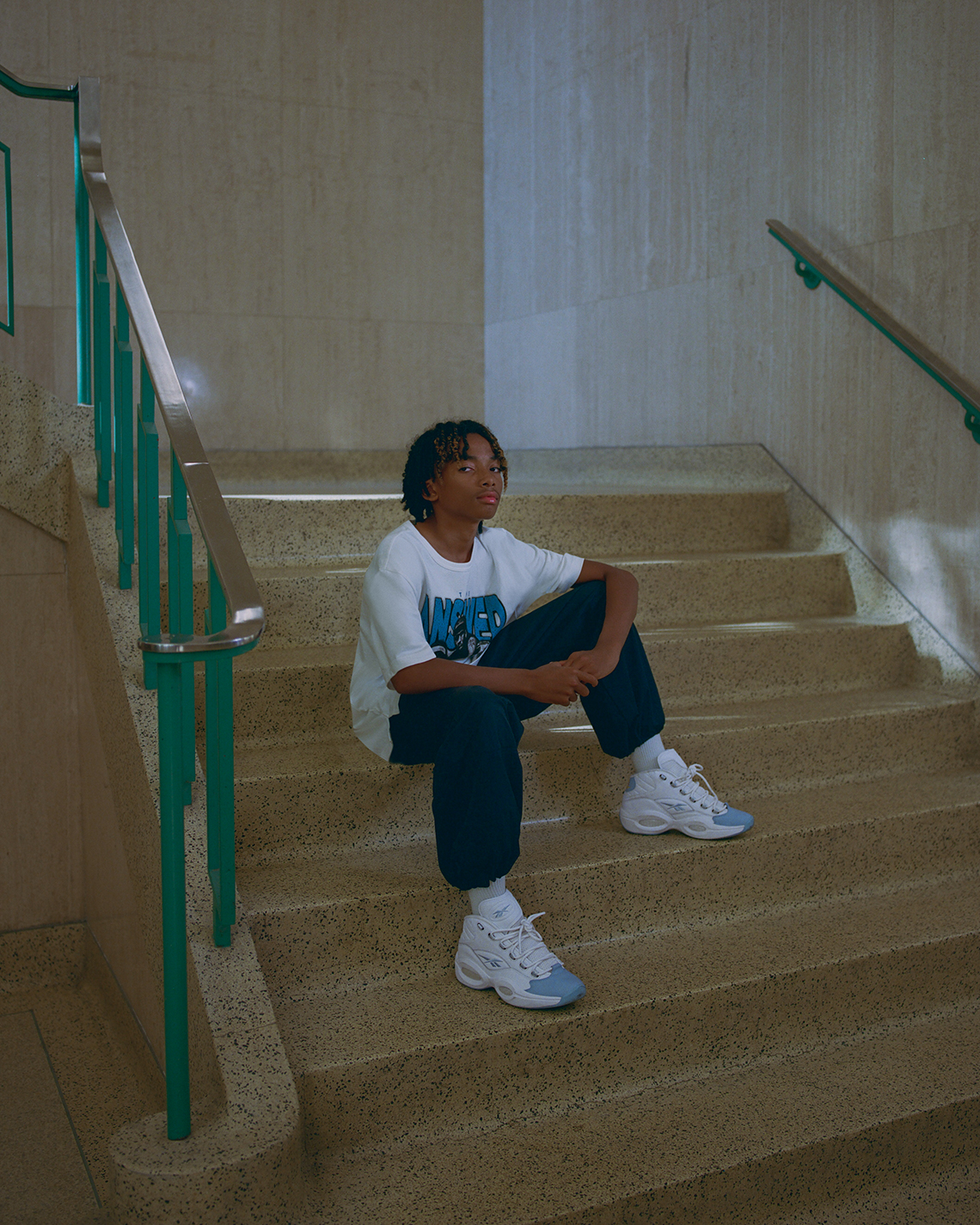 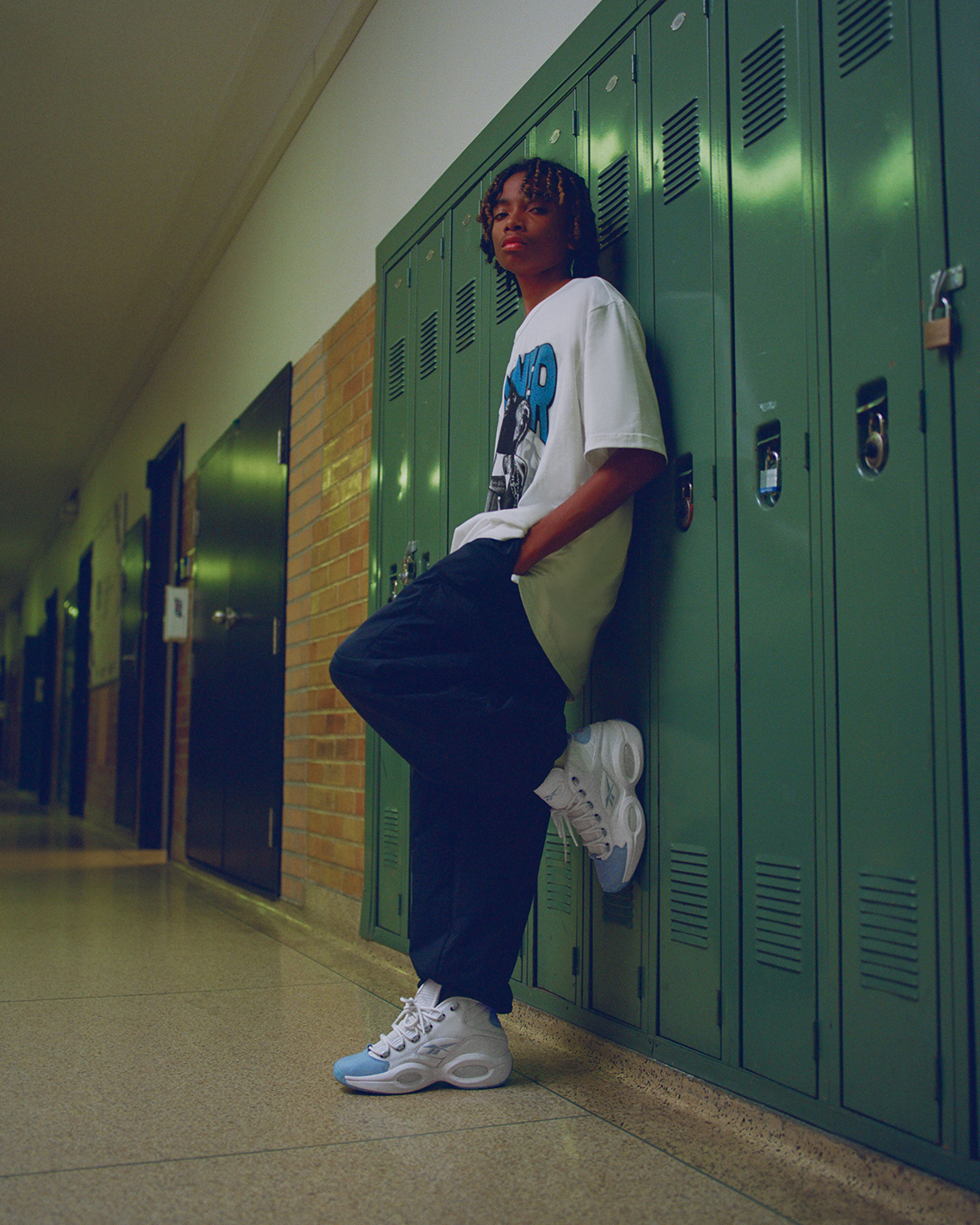 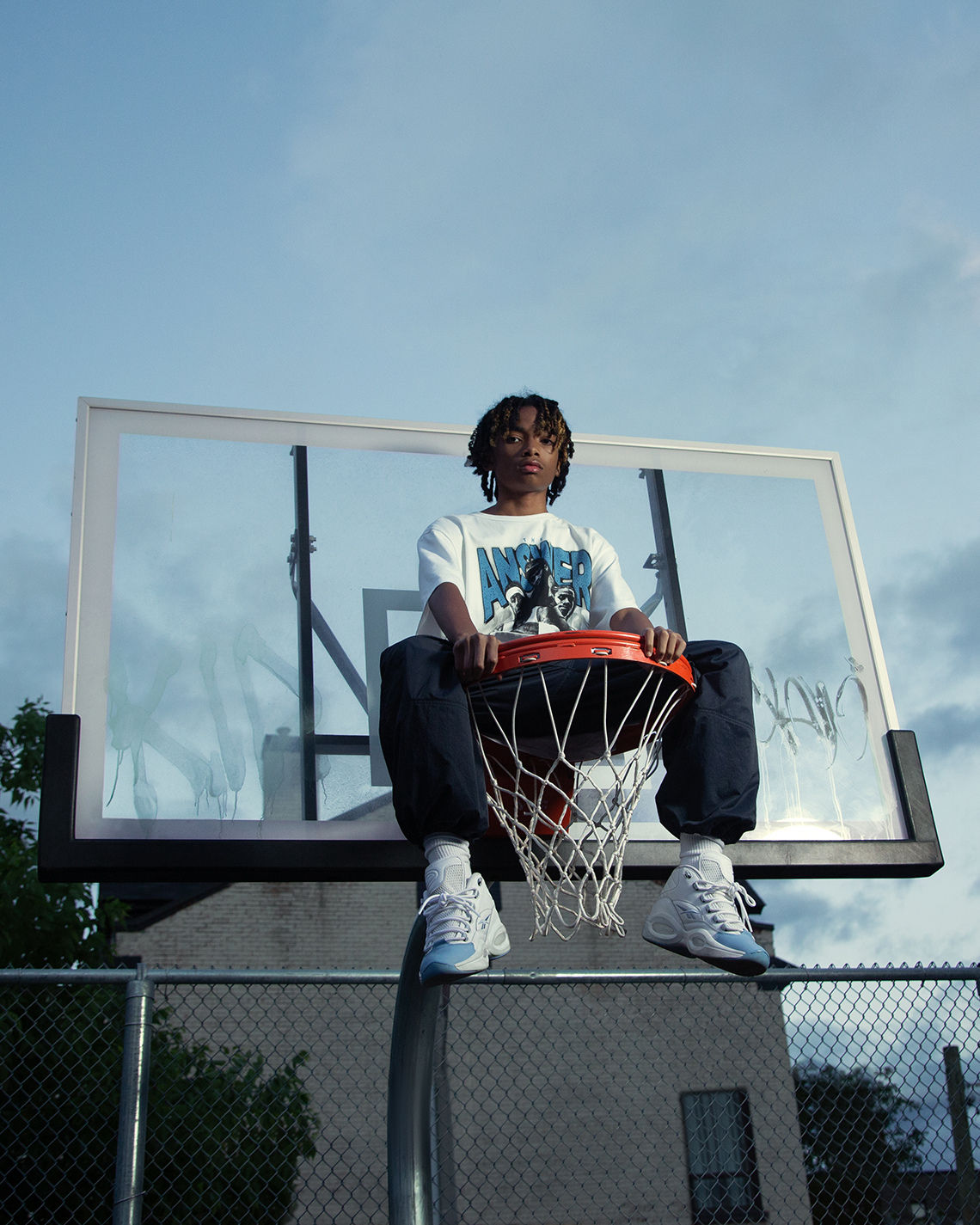