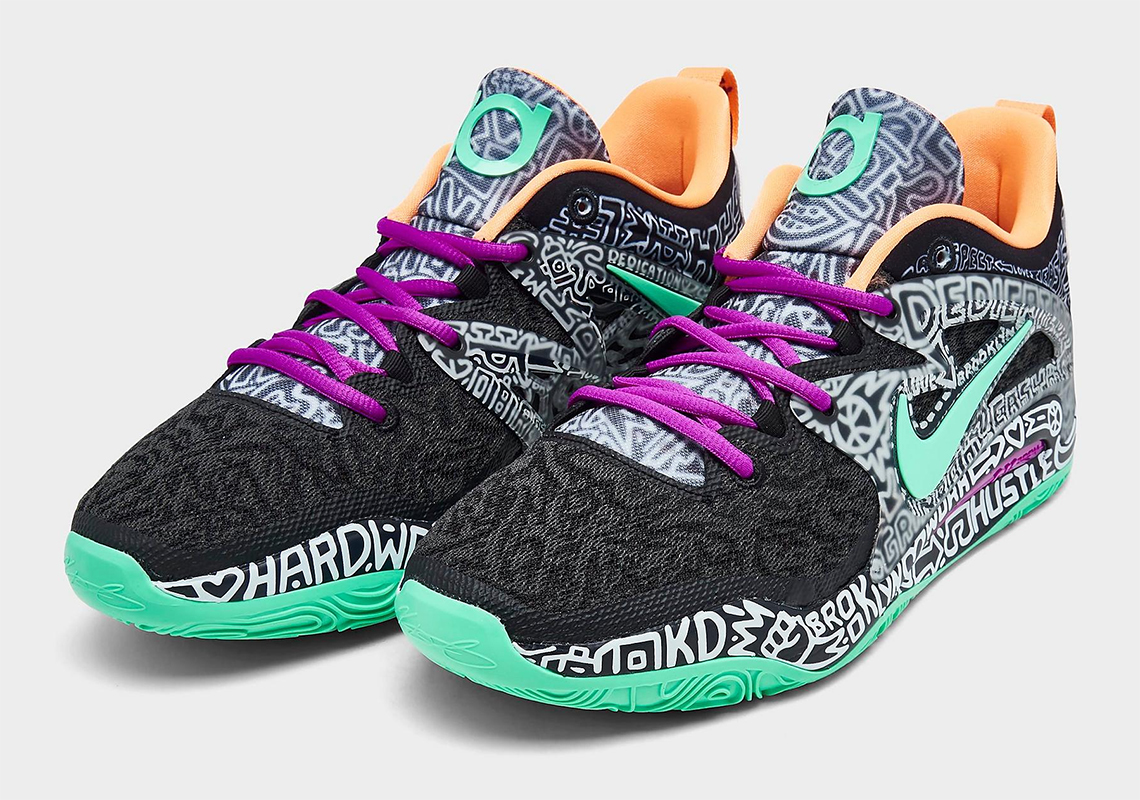 Kevin Durant is madly in love with the game of basketball. The two-time champion has always expressed an obsessive nature when it comes to his search for more knowledge, tricks and moves to employ on a nightly basis as one of the sport’s greatest scorer’s of all-time. In a not-so-subtle homage, the next iteration of the Nike KD 15 employs Brooklyn-style graffiti that encompasses the multitude of cultural avenues that connect Durant to the game ten-times over.

Centered on a simple jet-black base layer, titular hues lay claim to the silhouette in seldom fashion in an effort to brightly contrast the dominant black-white line art. As such, a vibrant violet emanates from the exposed Zoom Air pod of the midsole in tandem with its inclusion along the laces above, whereas light shades of peach fill the sock liner and adjacently placed pull tab. Concluding the unique sampling from the color palette, a vivid sea-foam green finishes along the tongue’s KD insignia, midfoot Swooshes and throughout its clad tread underfoot.

While we sit tight on further release details for the pair, in the meantime enjoy official images of the Nike KD 15 “Brooklyn Graffiti” below.

For more under The Swooshes umbrella, the Air Jordan 1 Retro High OG “University Blue” is rumored to release next summer. 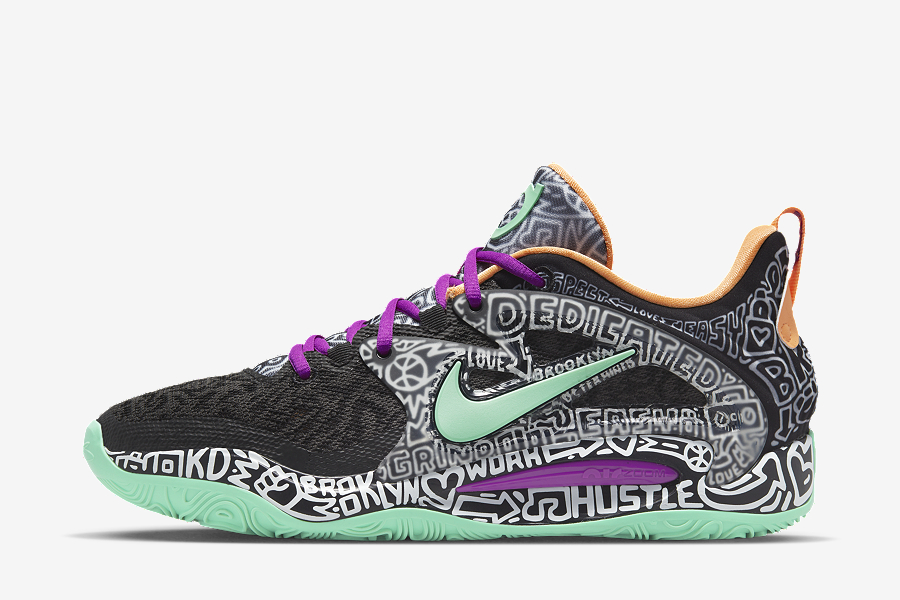 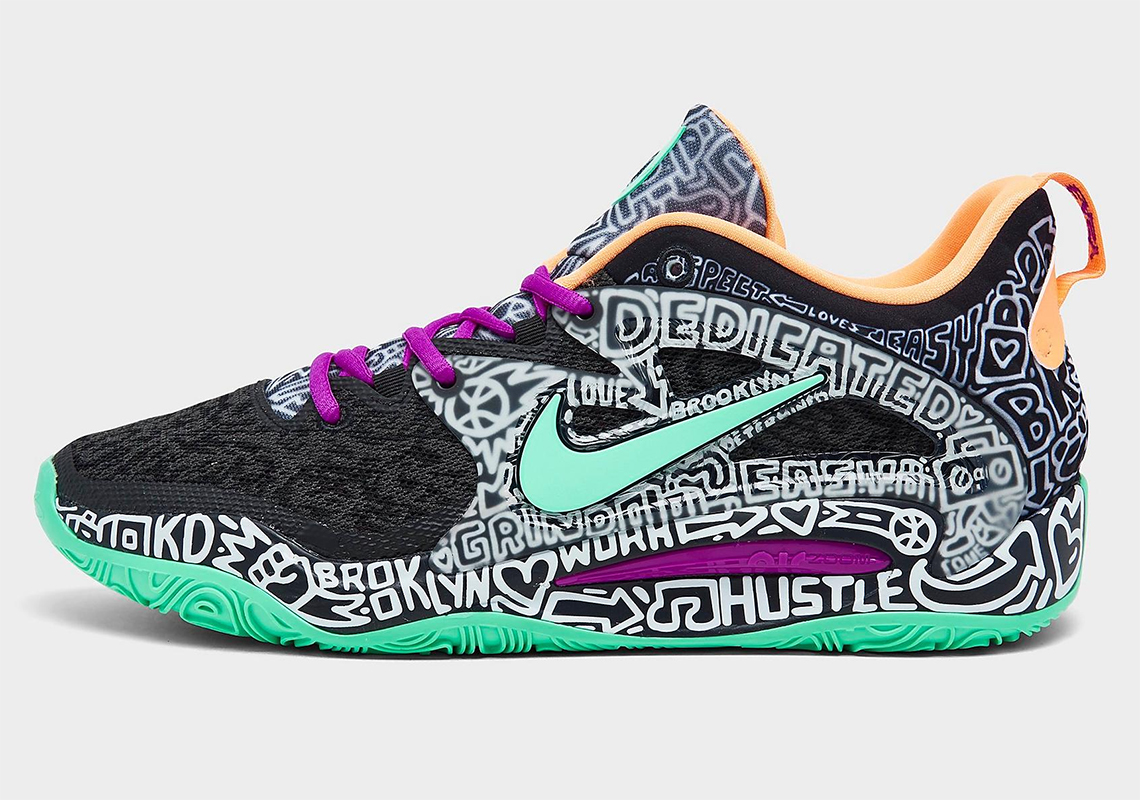 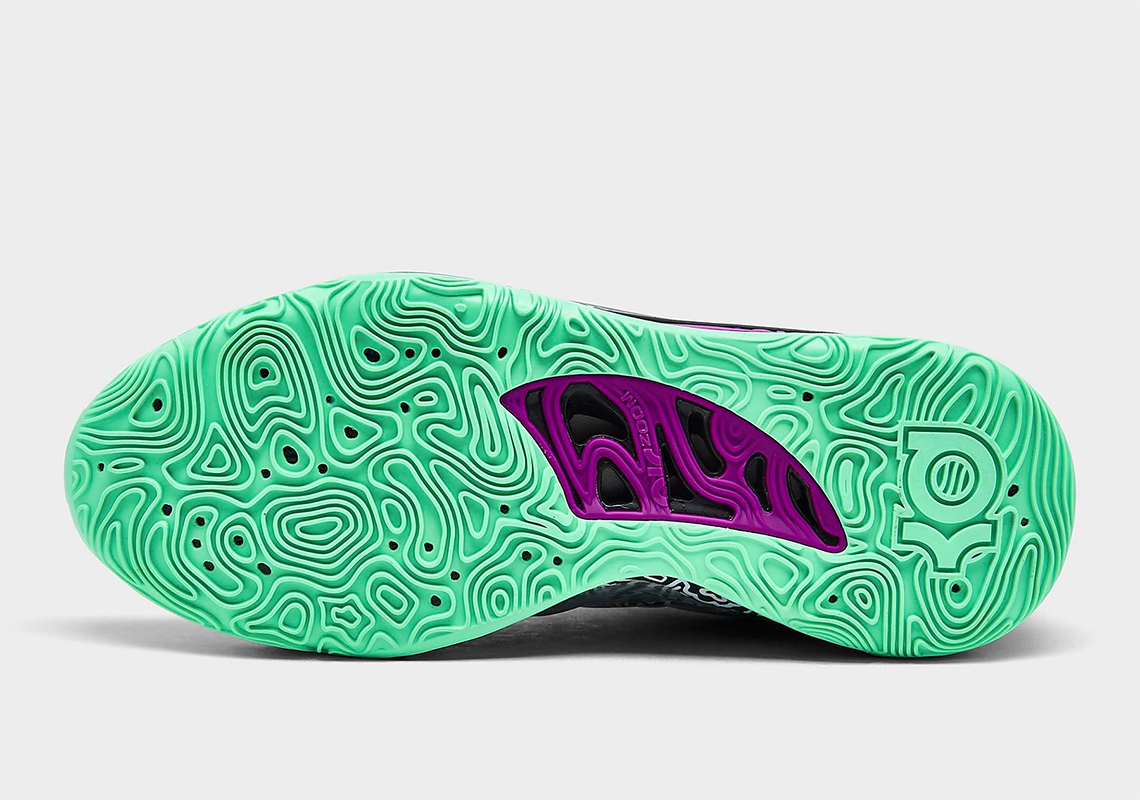 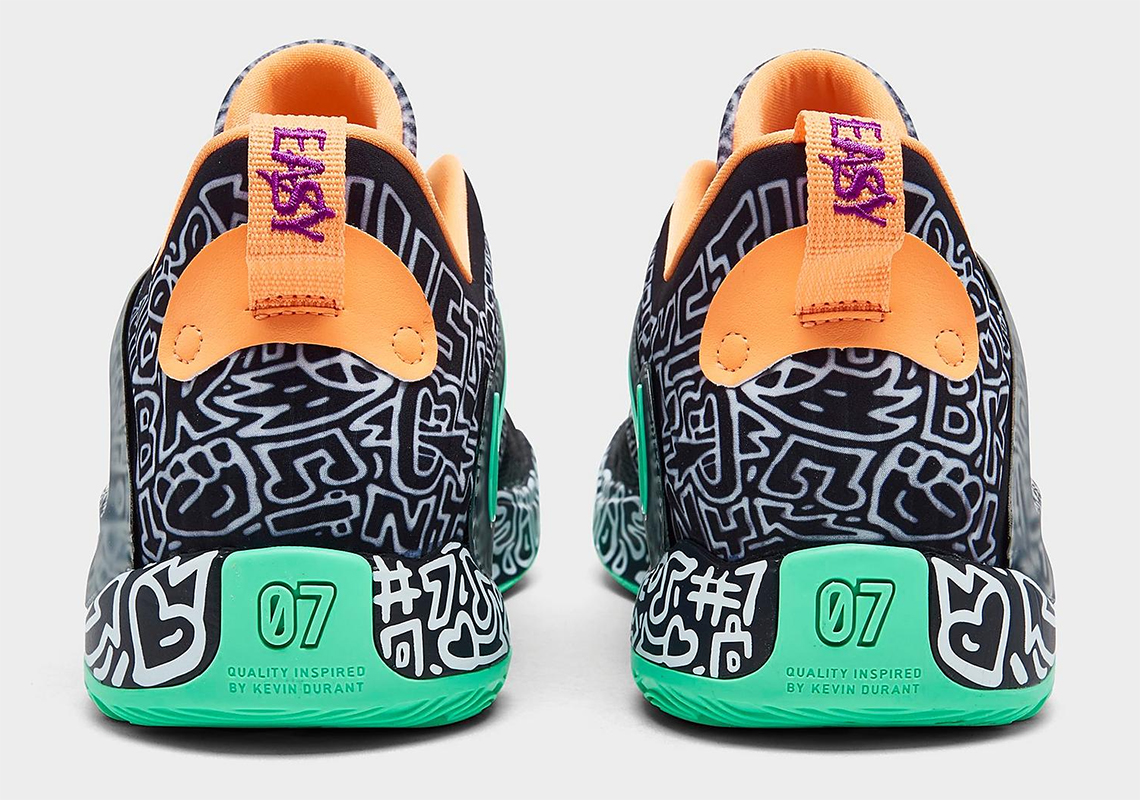 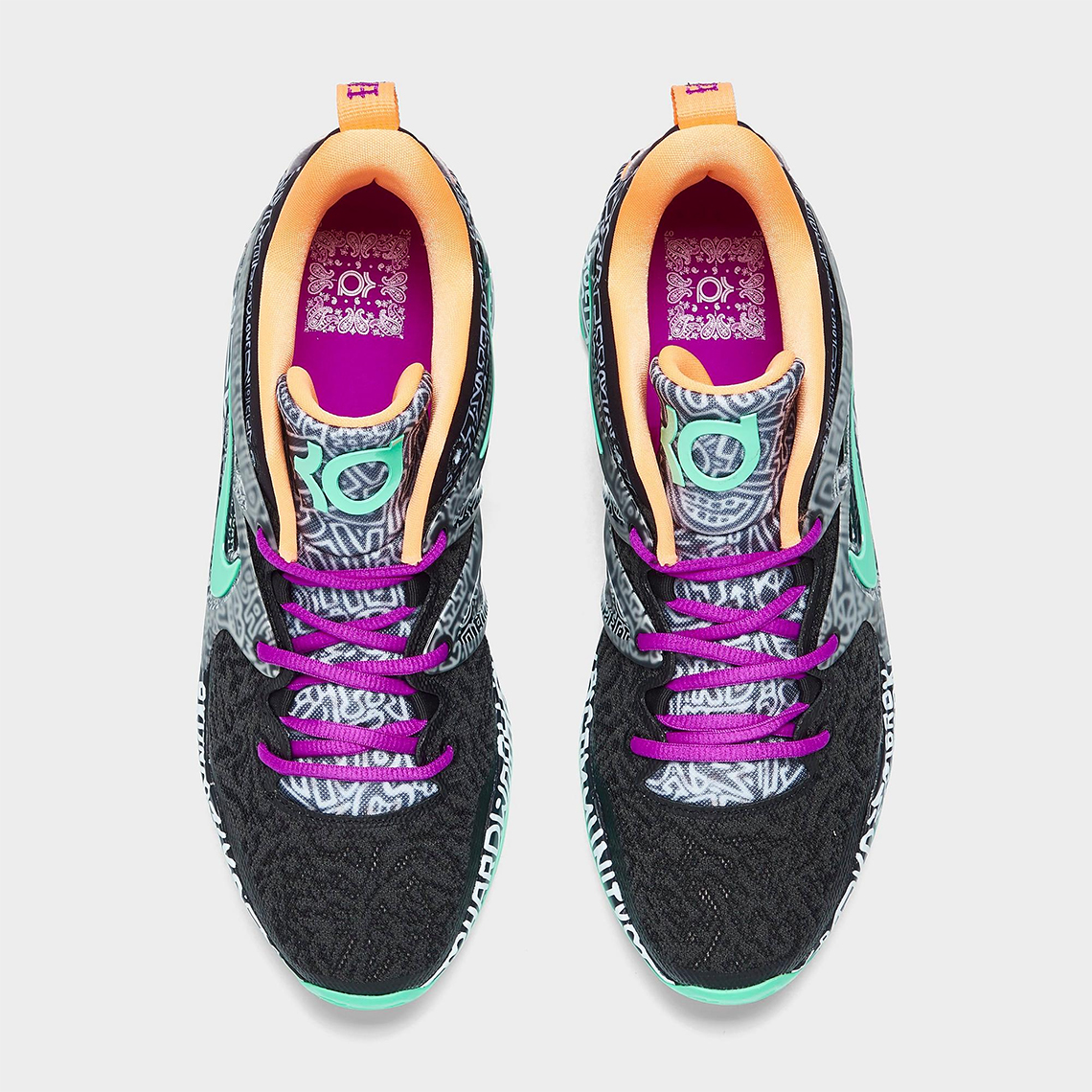 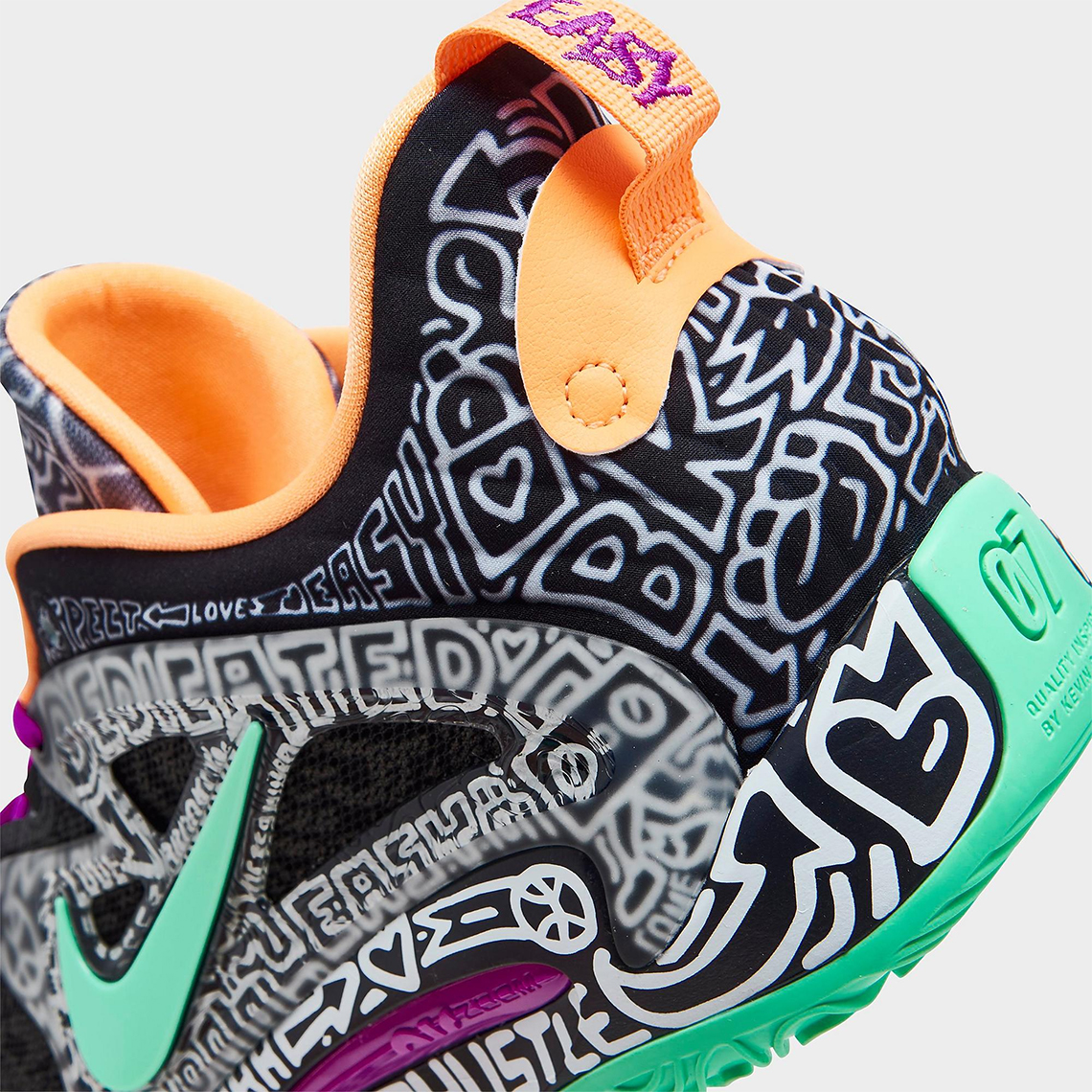