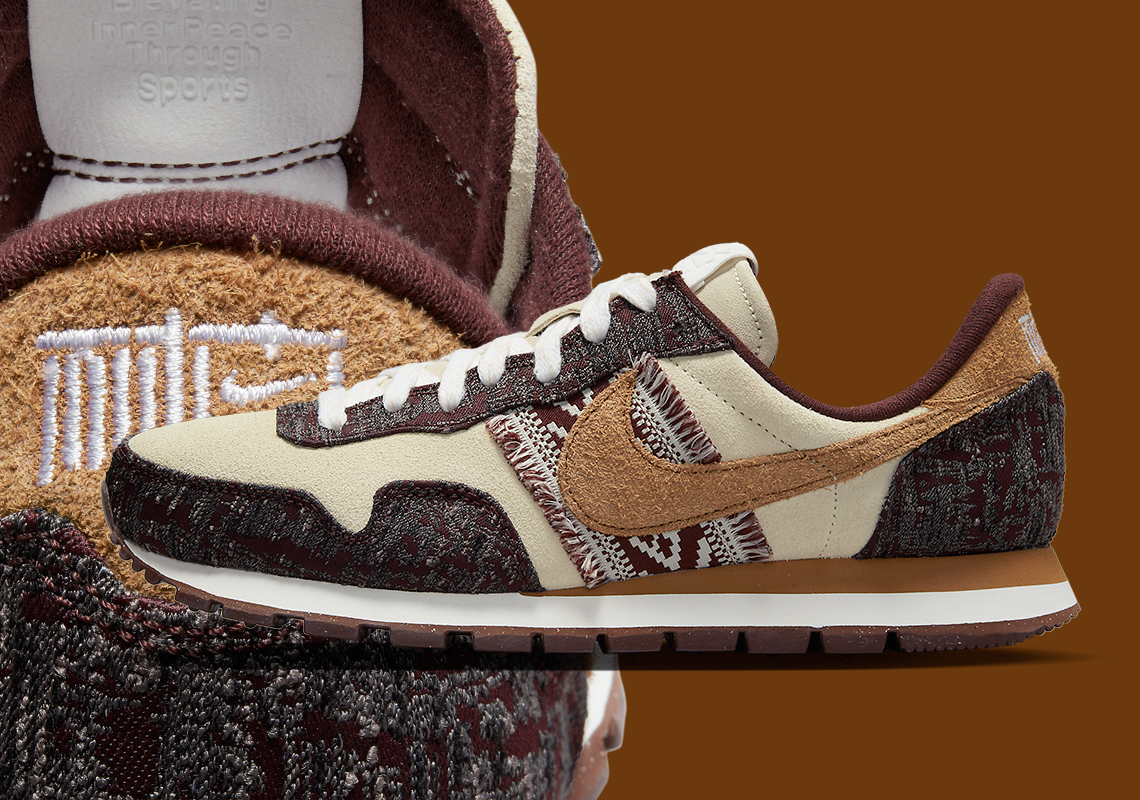 Nike China Continues The “Naike” Tradition With The Air Pegasus ’83

Over 30 years ago one of The Swooshes Chinese factory’s tested out the look and aesthetic for a line of Swoosh-less trainers. While the trademark check quickly made its way back to rotation, the one-off samples of silhouettes has lived on in legend alongside a small cult following. In such celebratory fashion, the Beaverton-based brand has used the latter year as a reintroduction to the styles of the small-run collection, centered around the phonetic spelling of the brand in kanji, “NAI-KE”.

Joining a collection of Air Force 1 Low’s, “The One Line” run of sneakers is now setting up shop on the Nike Pegasus ’83 ahead of its own celebratory season of 30 years in rotation.

Exploring a traditional woven tooling across its mudguard, quarter overlay and heel counter, Sashiko-style embroidery envelops the frayed and risen midfoot panel in a burgundy and white stitching while the aforementioned sections encourage silver and dark maroon shading. Centered around a cream suede base layer and tongue construction, crisp white laces and an embossed leather tongue tab liven the pair in tandem with its thin colorless strip across the midsole. Dark burgundy accents further outfit the matching textile sock liner and tread whereas a warm light brown offering anchors the hairy suede of the Swooshes and back tabs affixed with “NAI-KE” character designs.

In tandem with a branded box and “Elevating Inner Peace Through Sports” text, the design elements conclude, expected to release within the coming weeks. While we sit tight on additional release details, enjoy official images of the Nike Air Pegasus ’83 “NAI-KE” below in the meantime.

In other news from underneath the NIKE Inc. banner, take a first look at the upcoming Air Jordan 6 “Toro Bravo”. 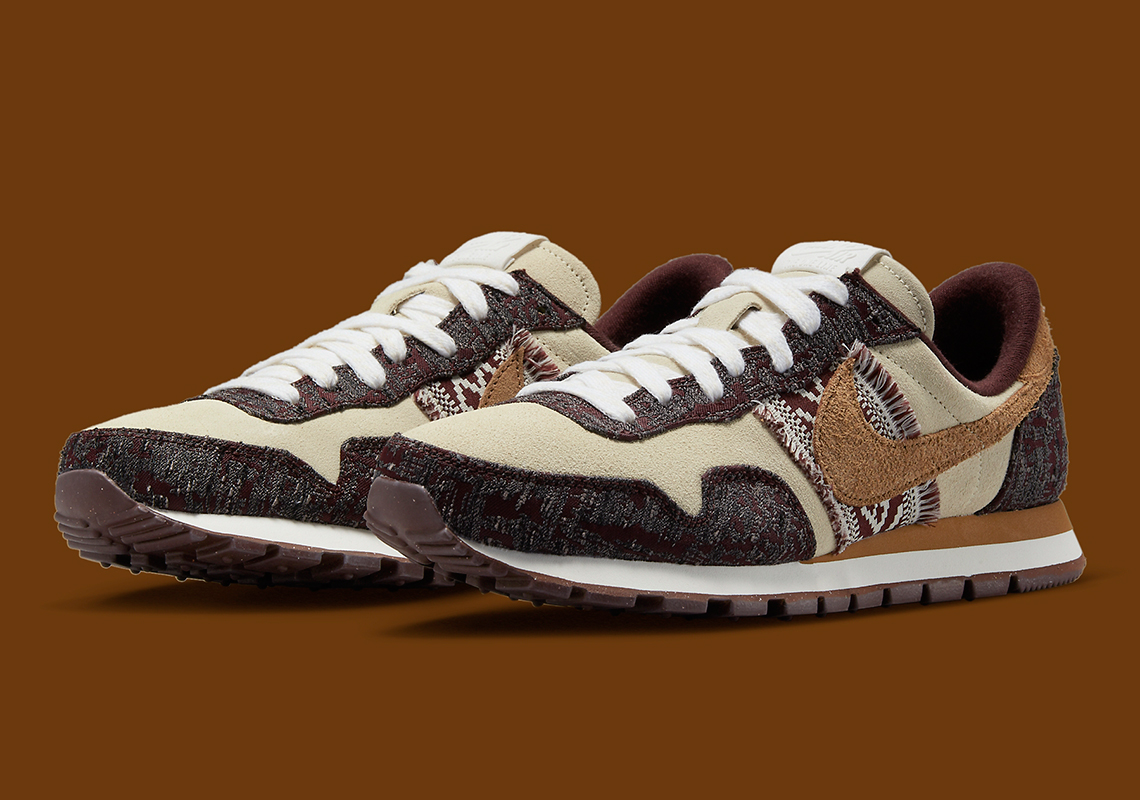 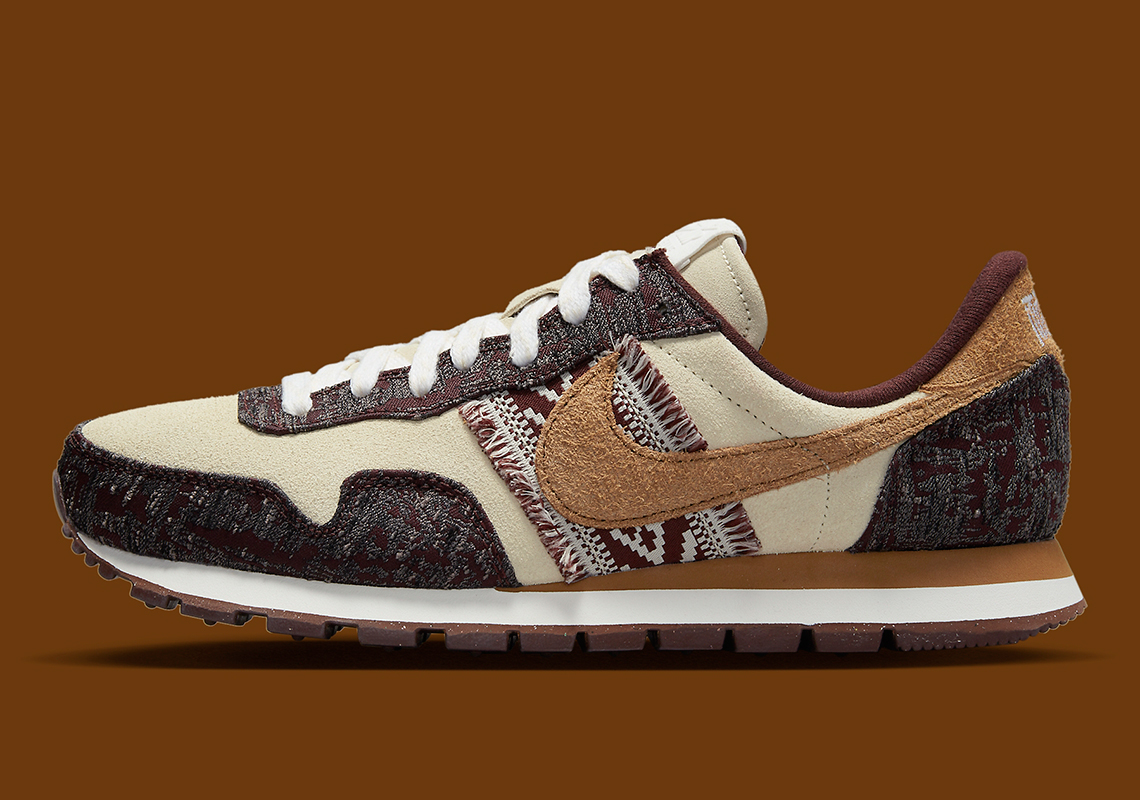 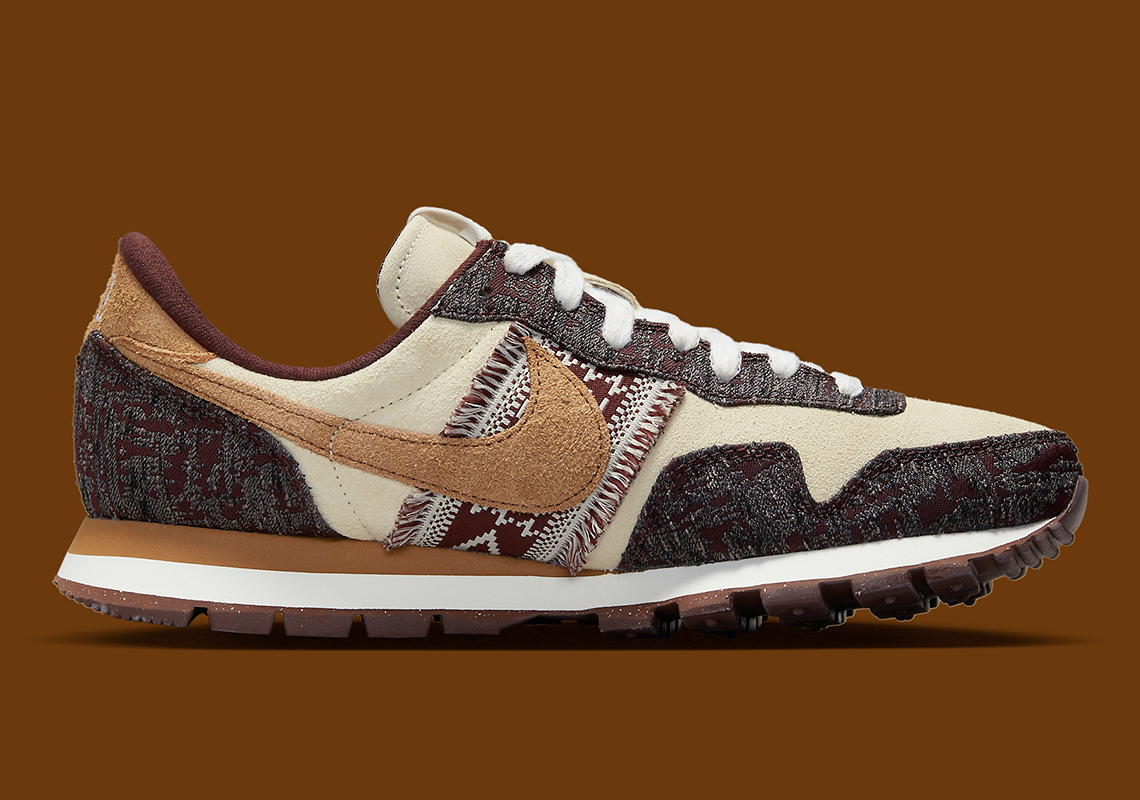 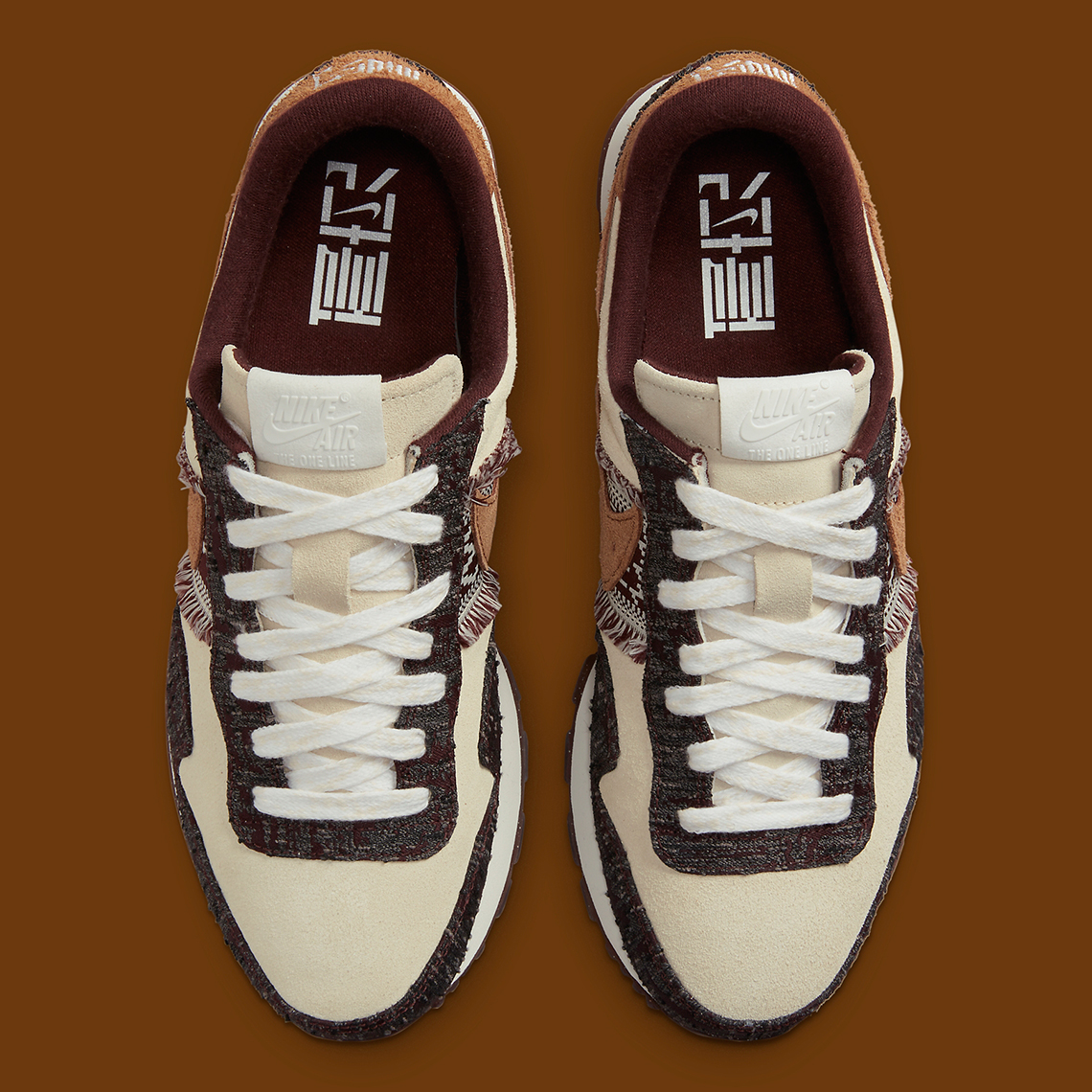 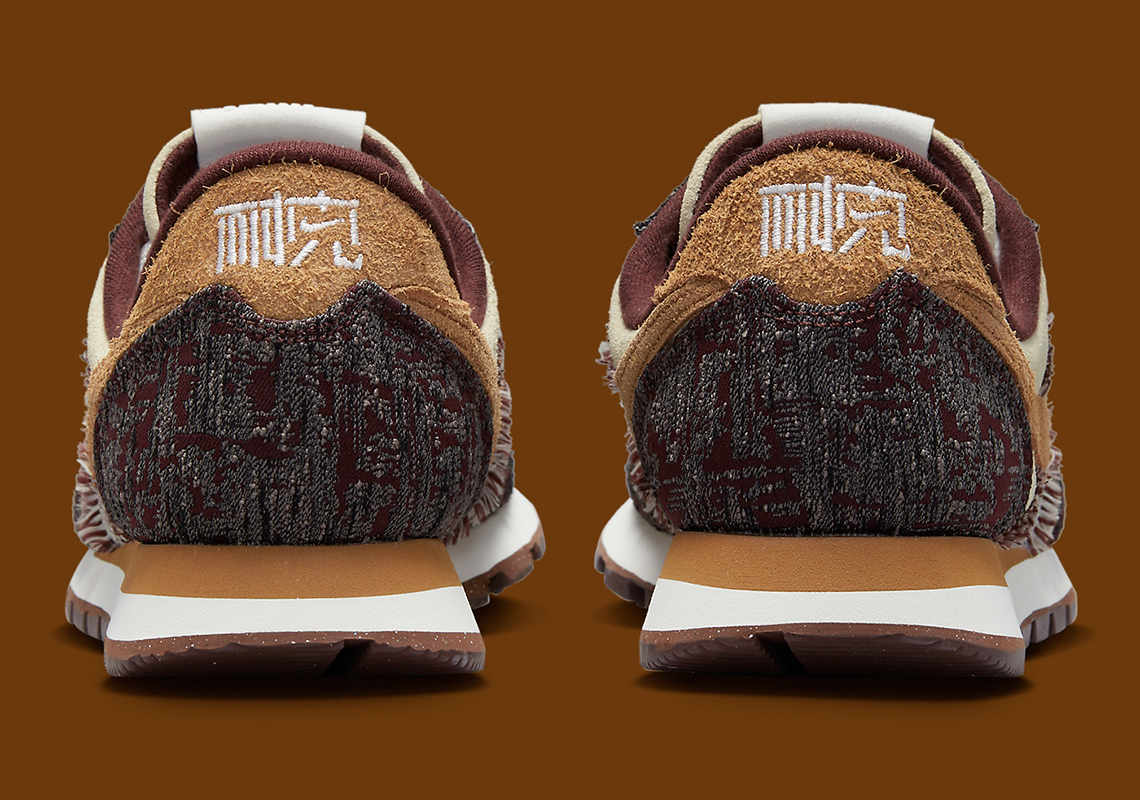 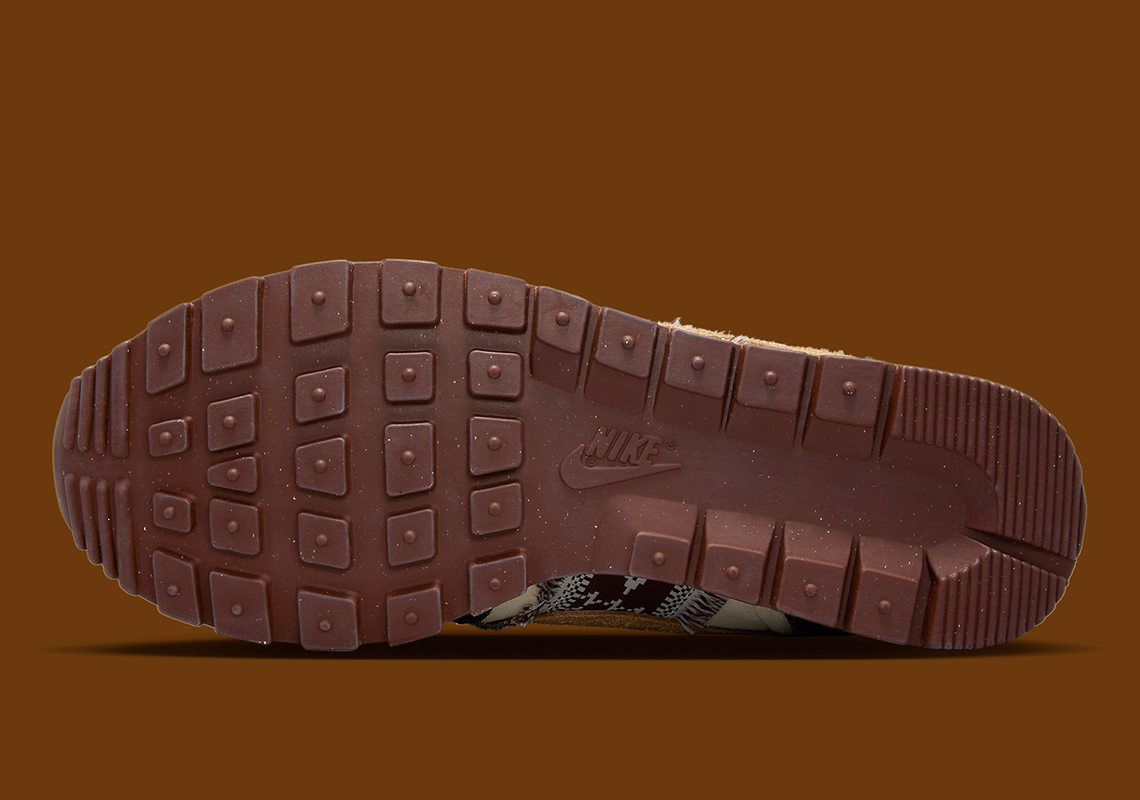 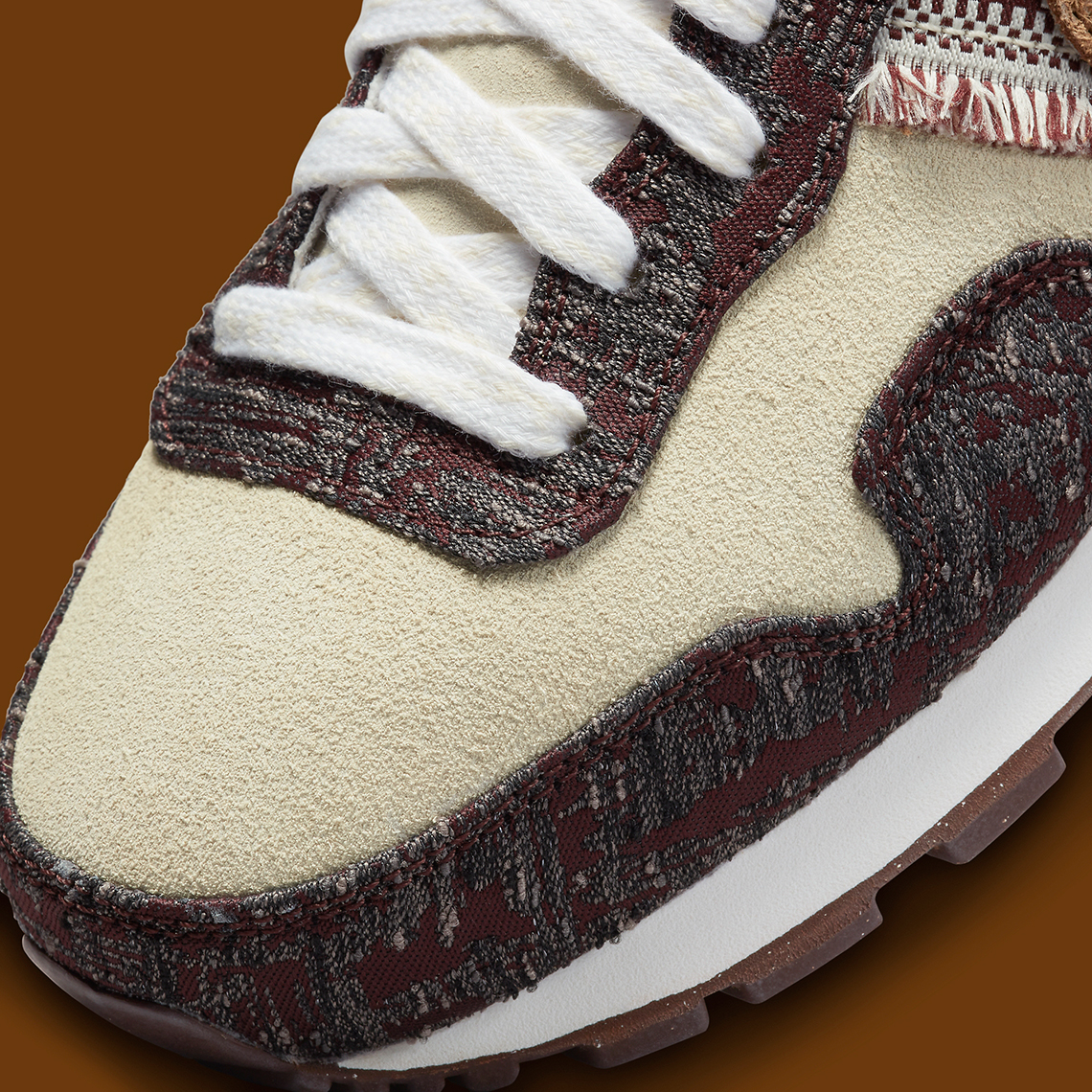 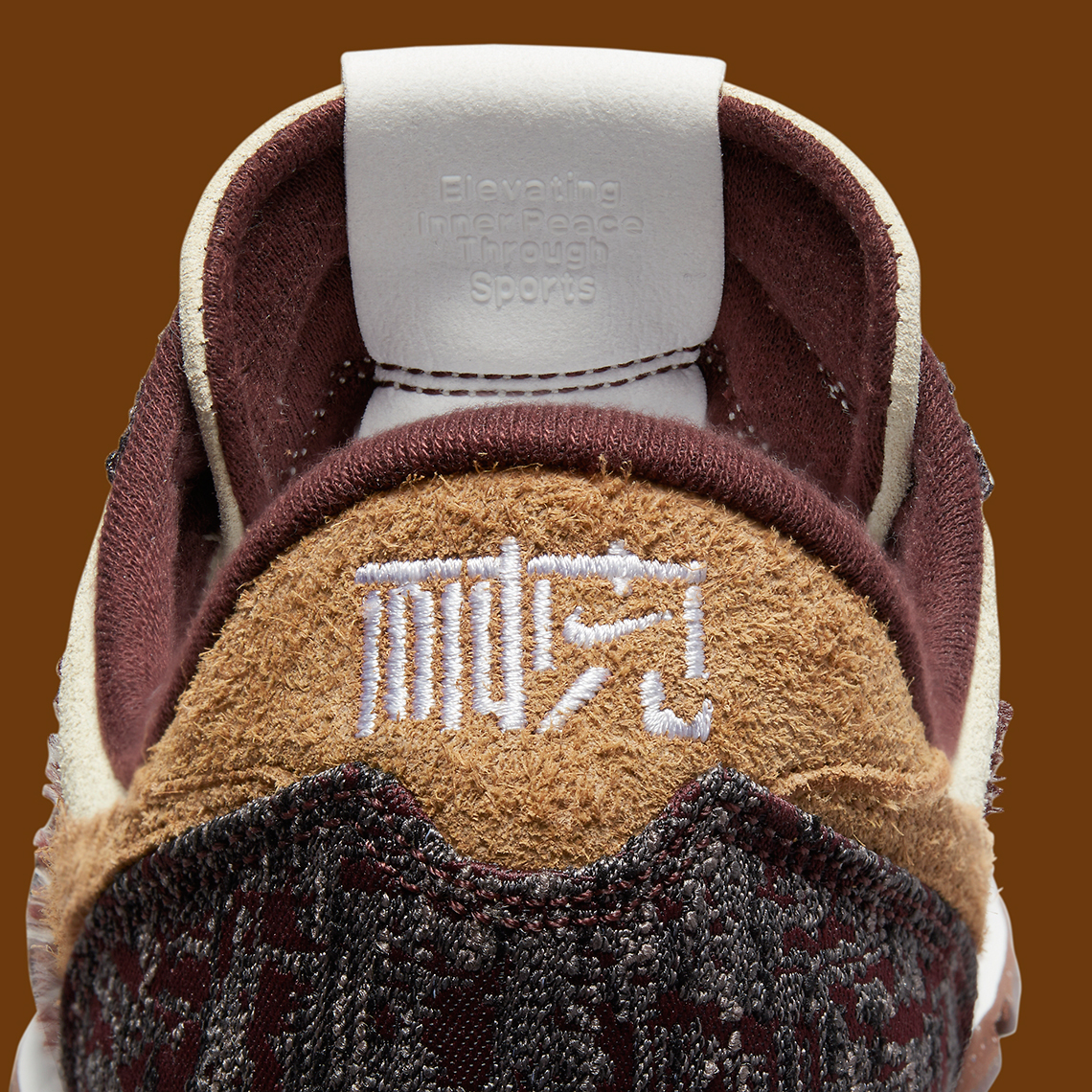 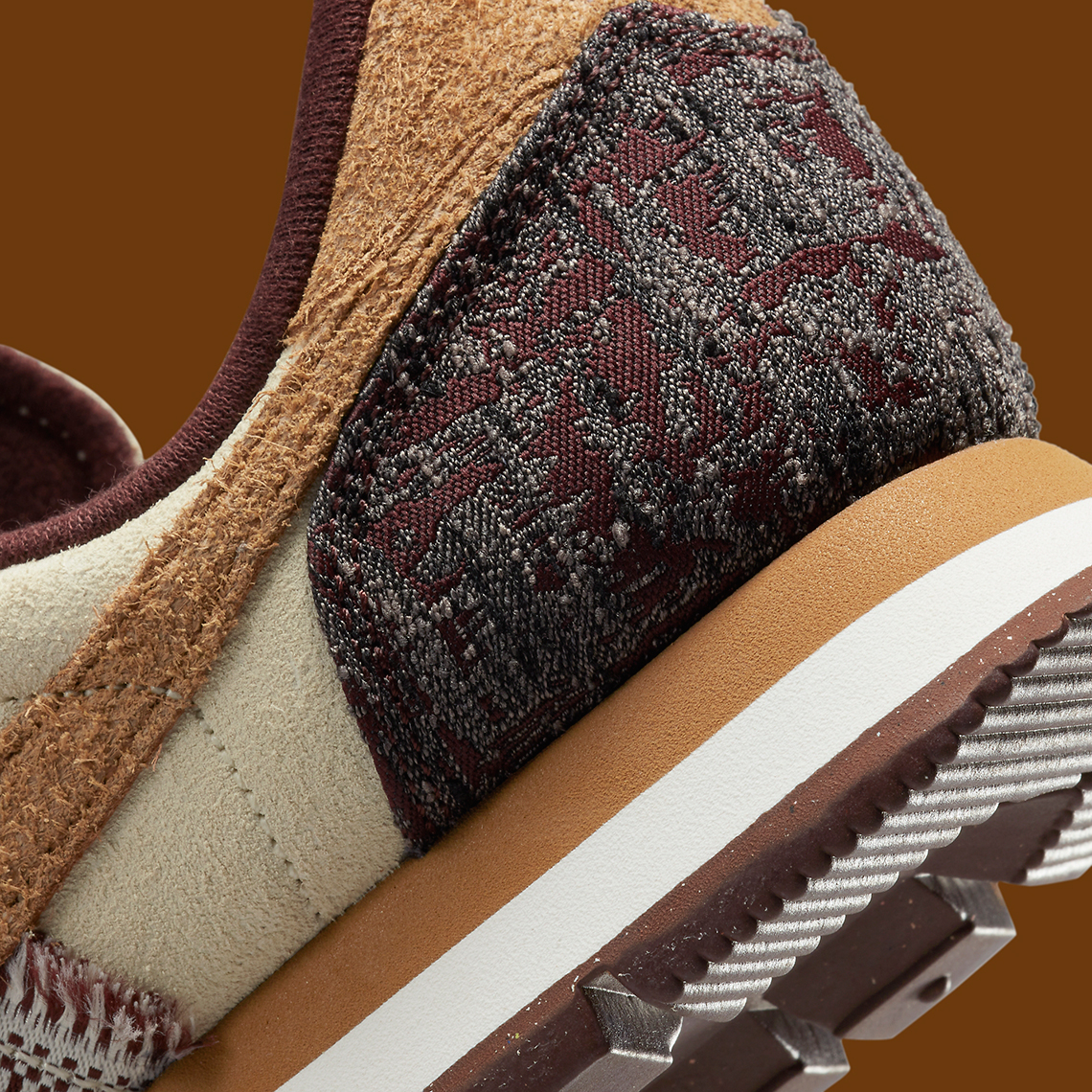 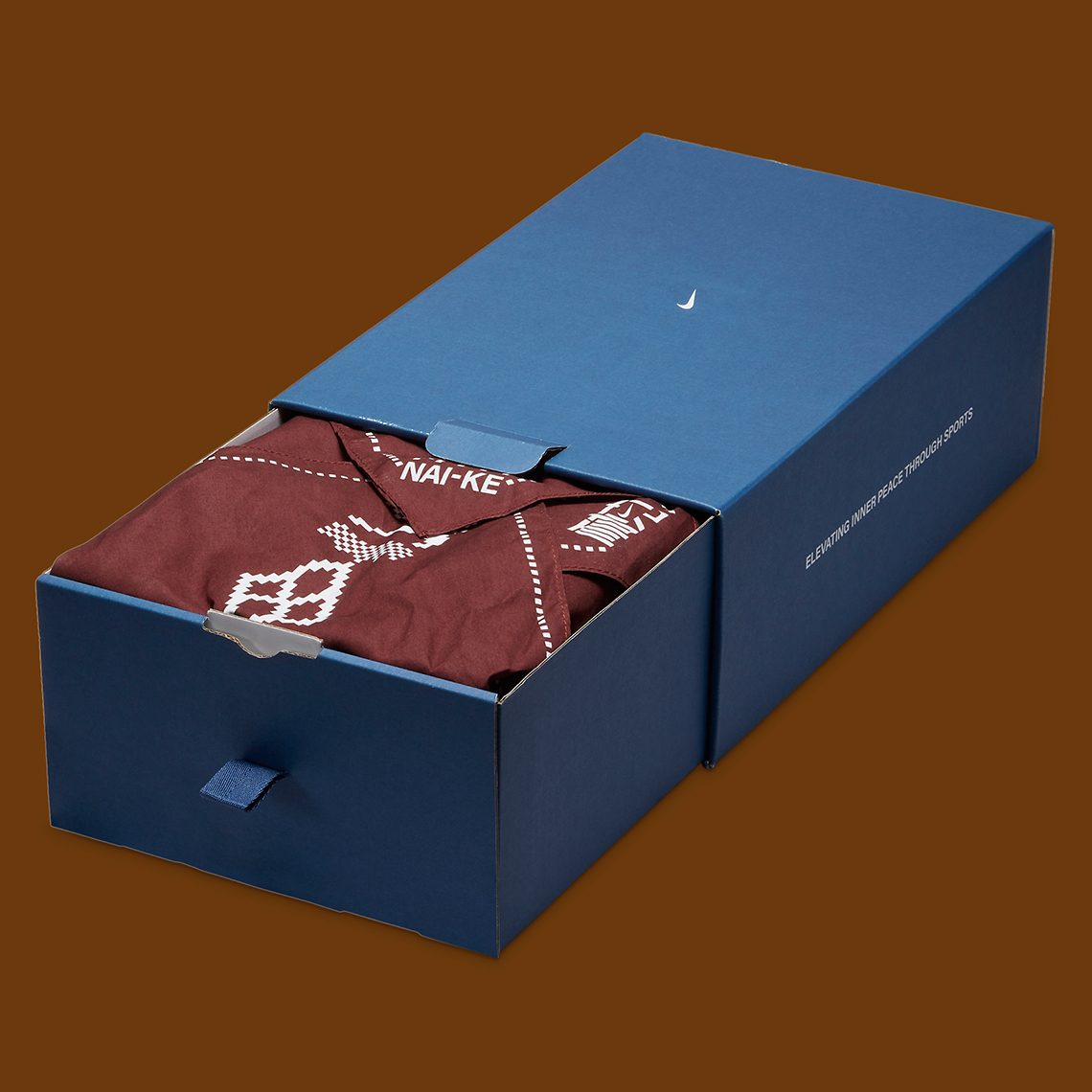