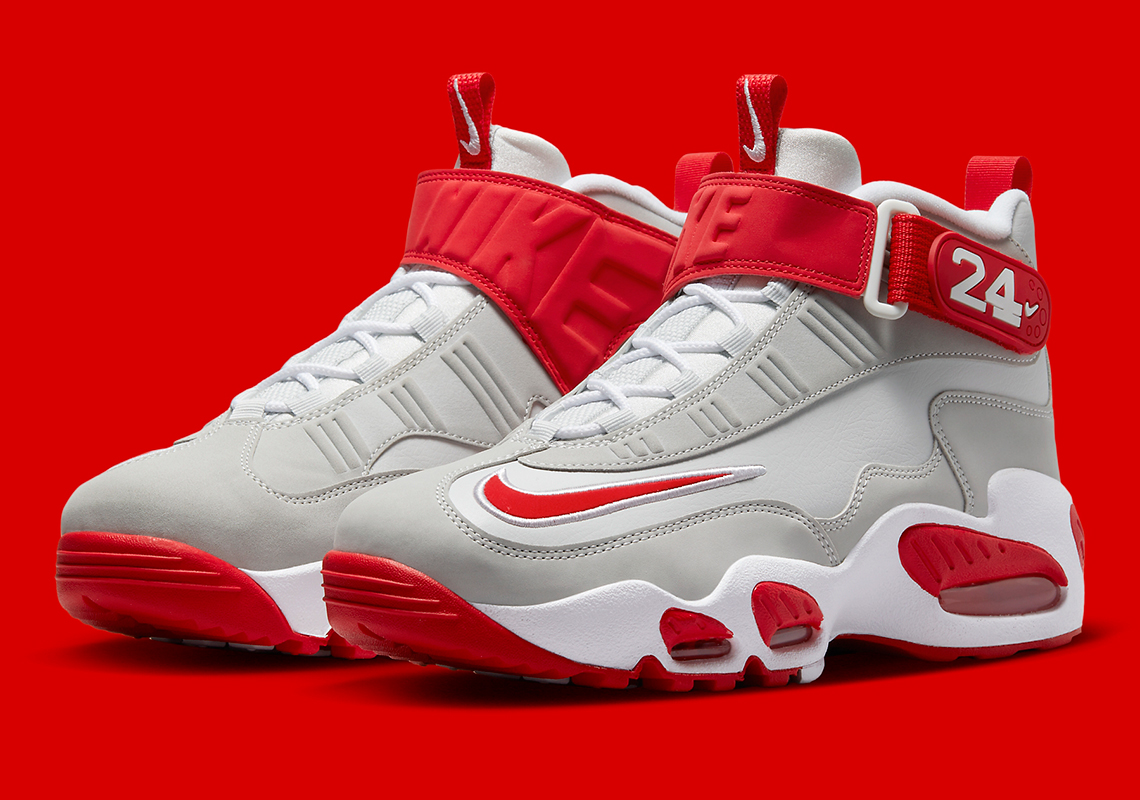 While Ken Griffey Jr’s time in the harbor-inspired hues of the Seattle Mariners remains the most iconic period in his Major League career, the opportunity for The Kid to return to the city that his father became an icon in was all too tempting. While a string of injuries plagued his time in the Scarlet Red and Grey, a number of achievements and passing on all-time lists cemented Griffey Jr’s impact in Cincy, leading The Swoosh to return to the Reds color palette for the latest Nike Air Griffey Max 1.

Inspired by their near-clad road uniforms, an Argos-hued grey envelops both the tumbled leather base layer alongside its stitched-on overlays. Further employing a relatively blank base for its titular shading to revel amongst, crisp whites lay claim to the mesh tongue construction, laces and sock liner before the vibrant scarlet tint explodes across “NIKE” embossed strap in tandem with the adjacently placed pull tabs. The latter embellishment enjoys additional white detailing through its #24 and mini Swoosh before the latter two shades collaborate for a dominant white sole unit anchored by red Air Max bubbles and its tread underfoot. Illuminated by an embroidered white trim, the forefoot and heel counter Swooshes enjoy an eye-catching red Check in conclusion to the pair’s design elements.

Expected to release in 2023 in both mens and grade school sizes, enjoy official images of the Air Griffey Max 1 “Cincinnati Reds” below in the meantime. 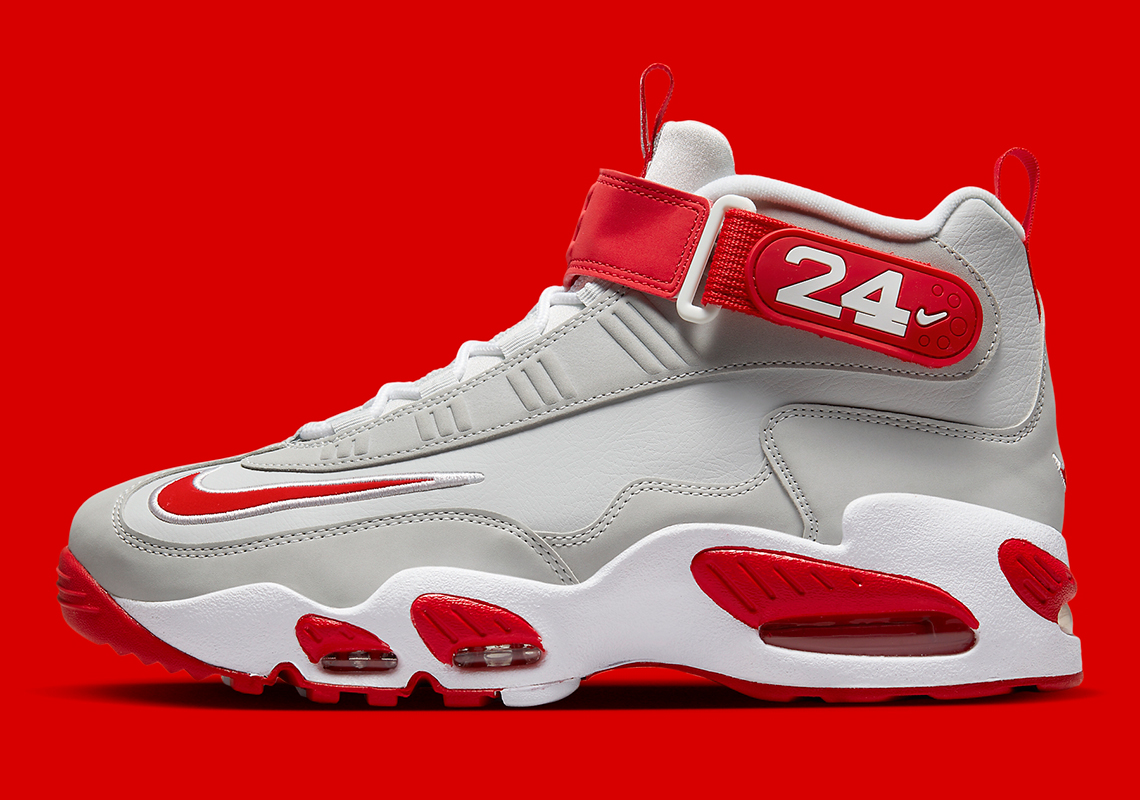 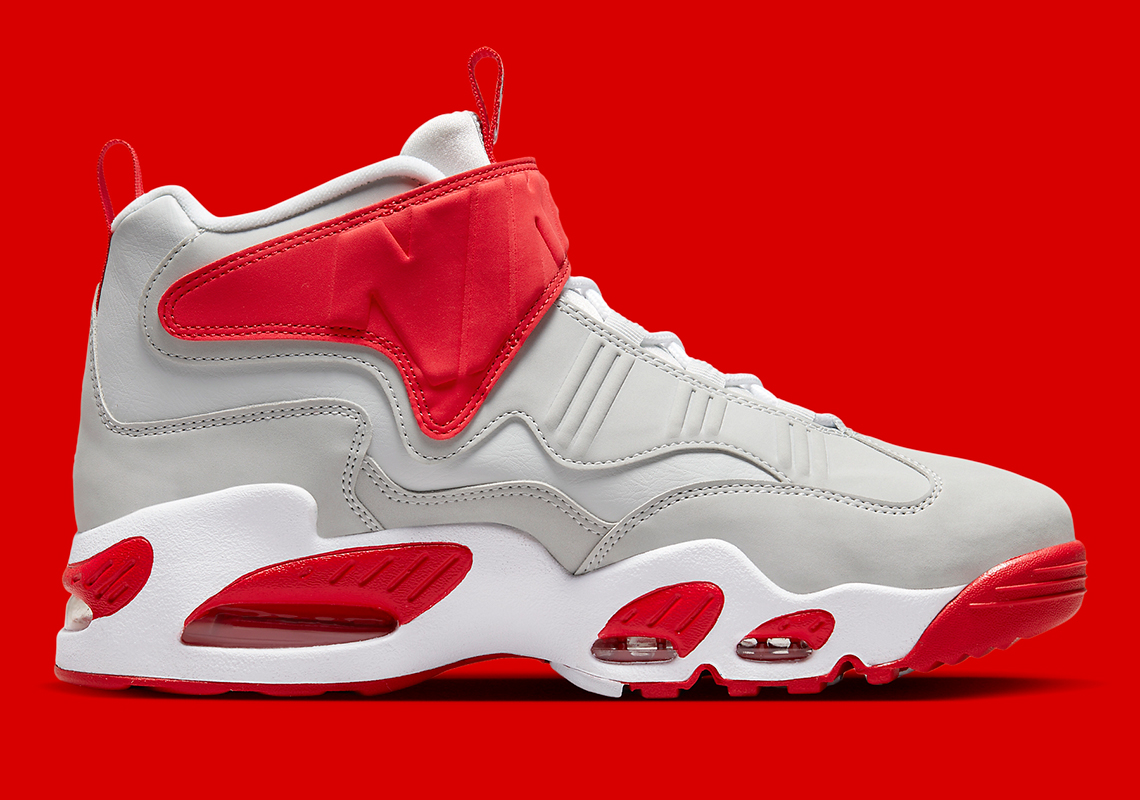 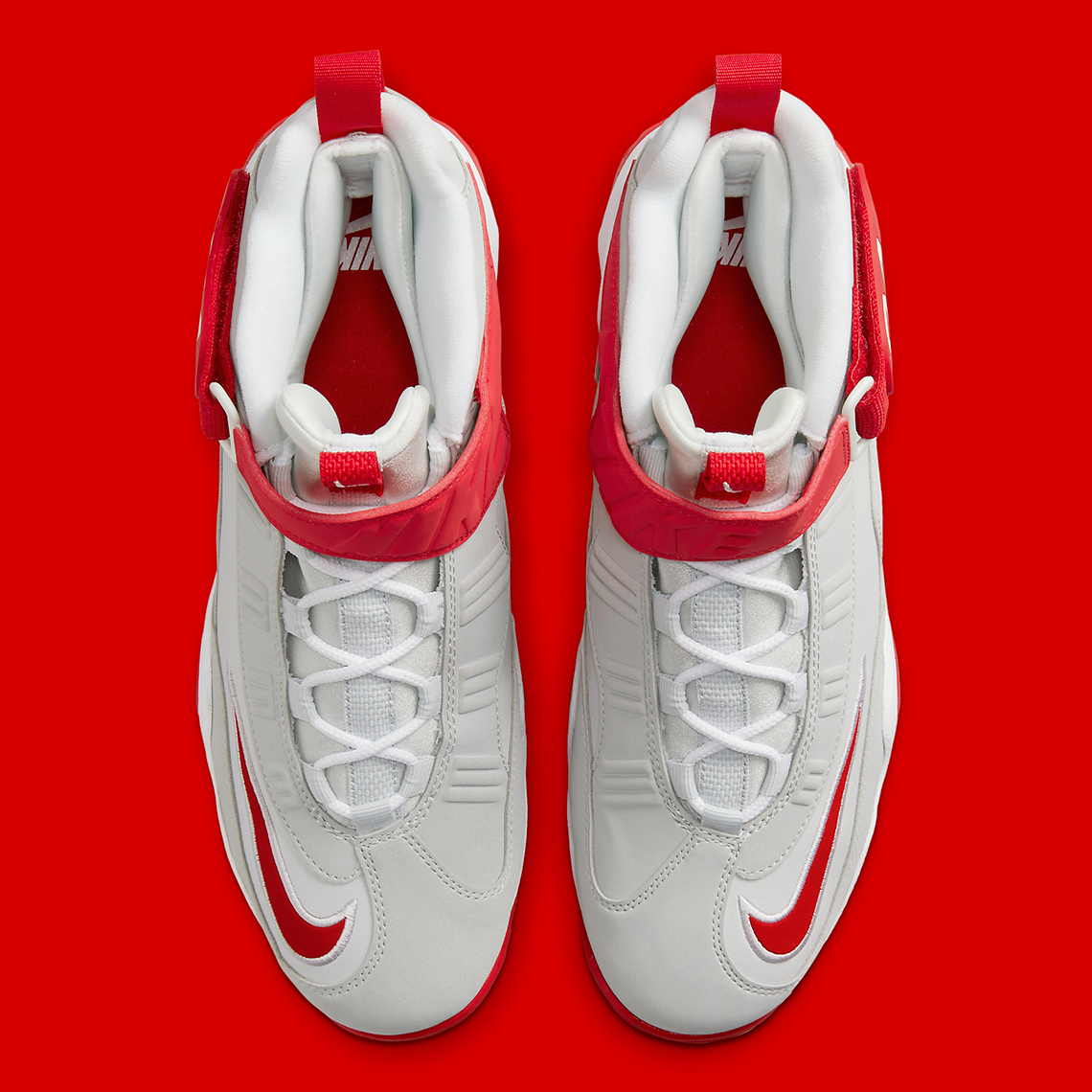 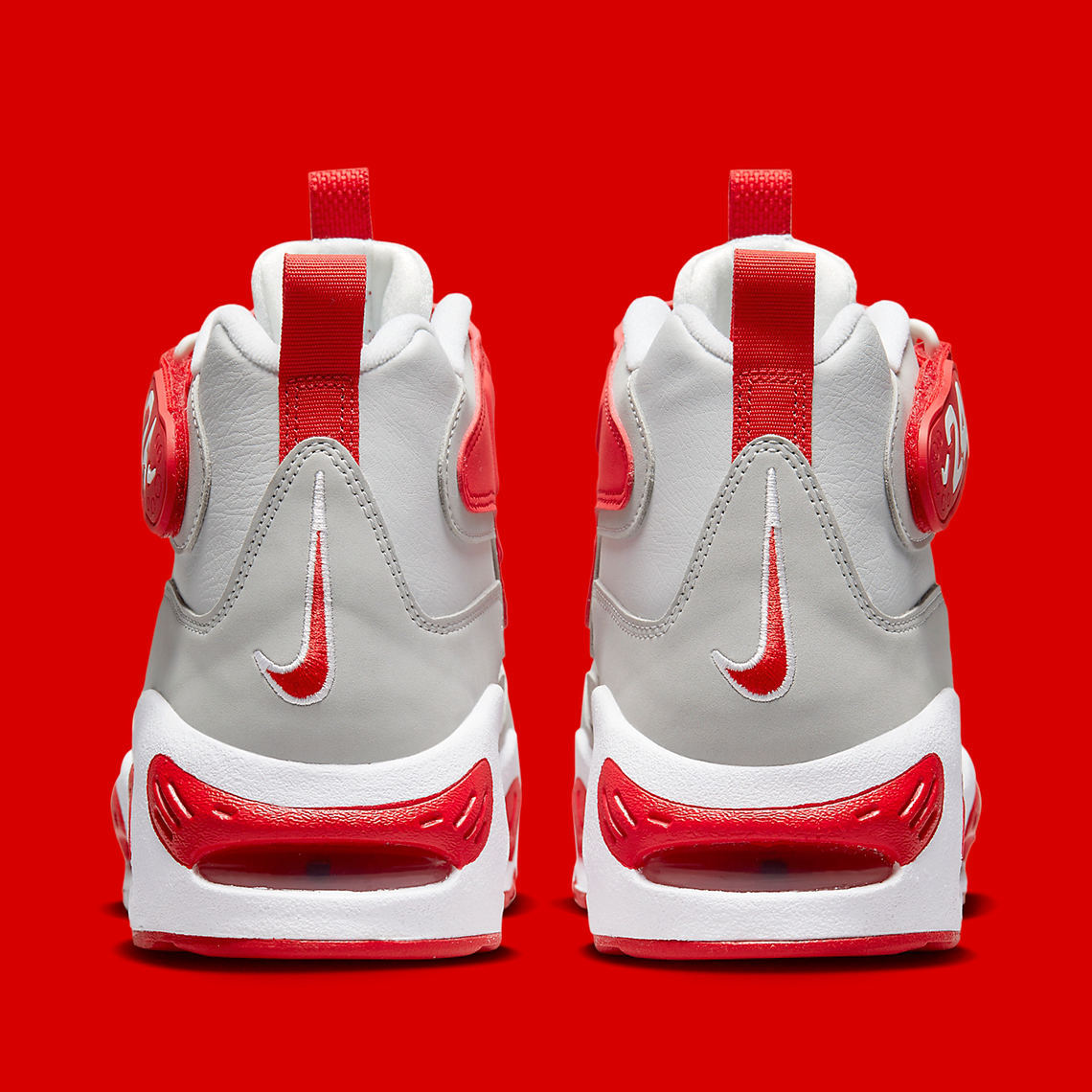 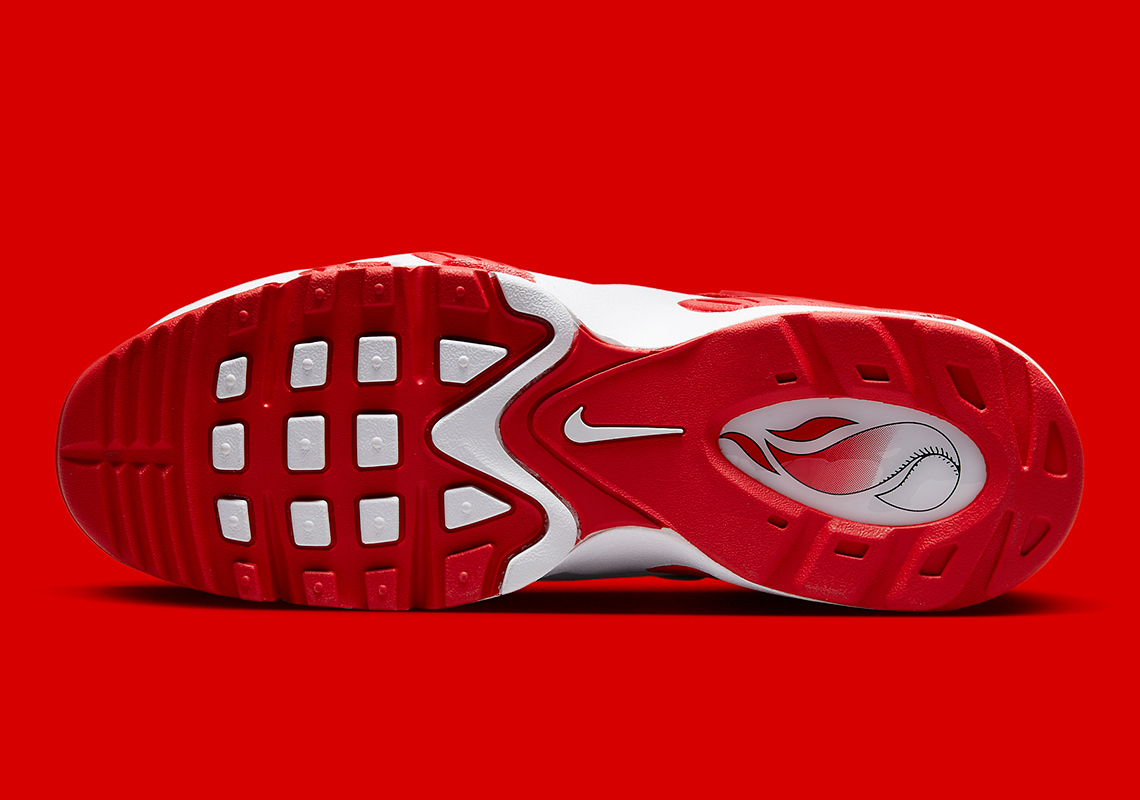 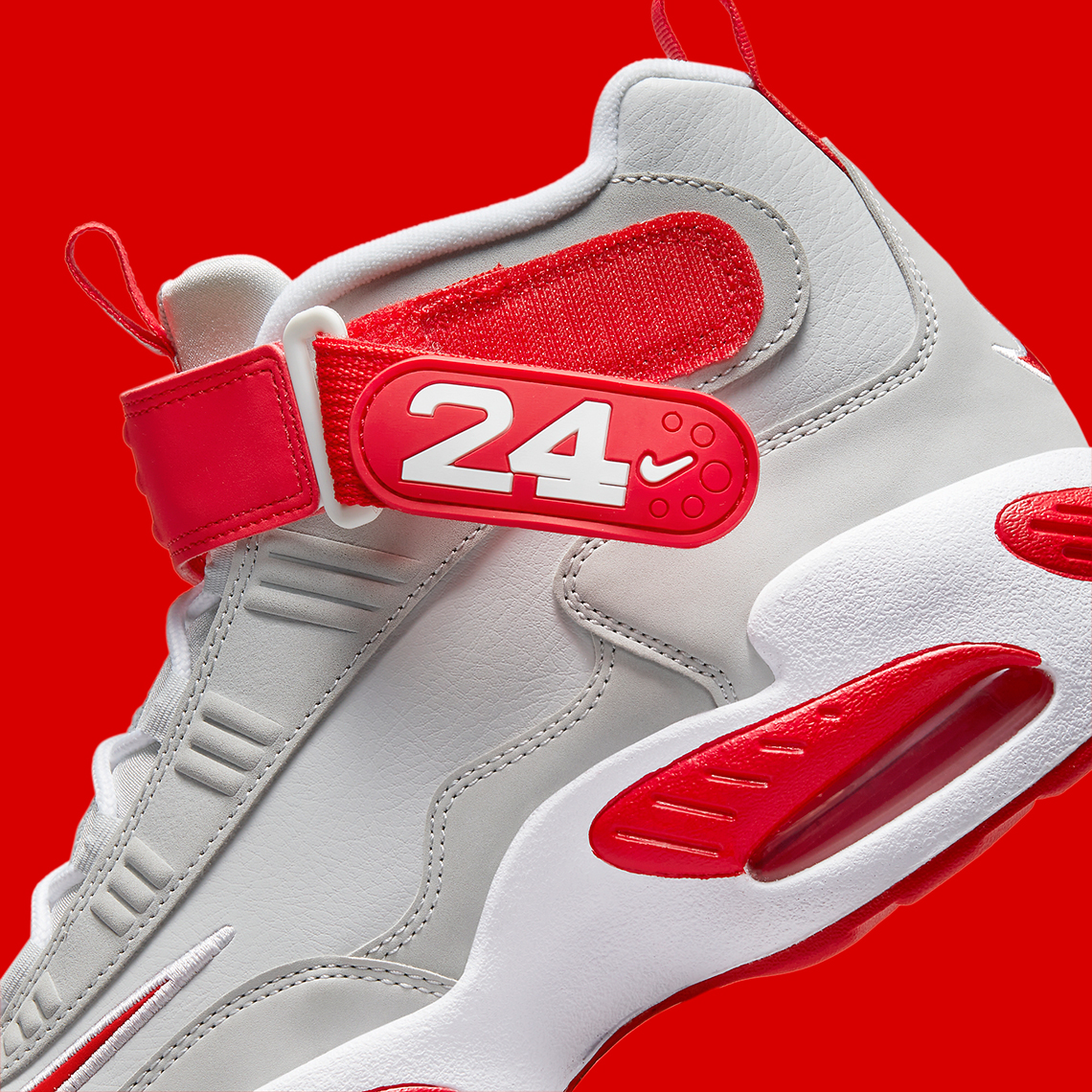 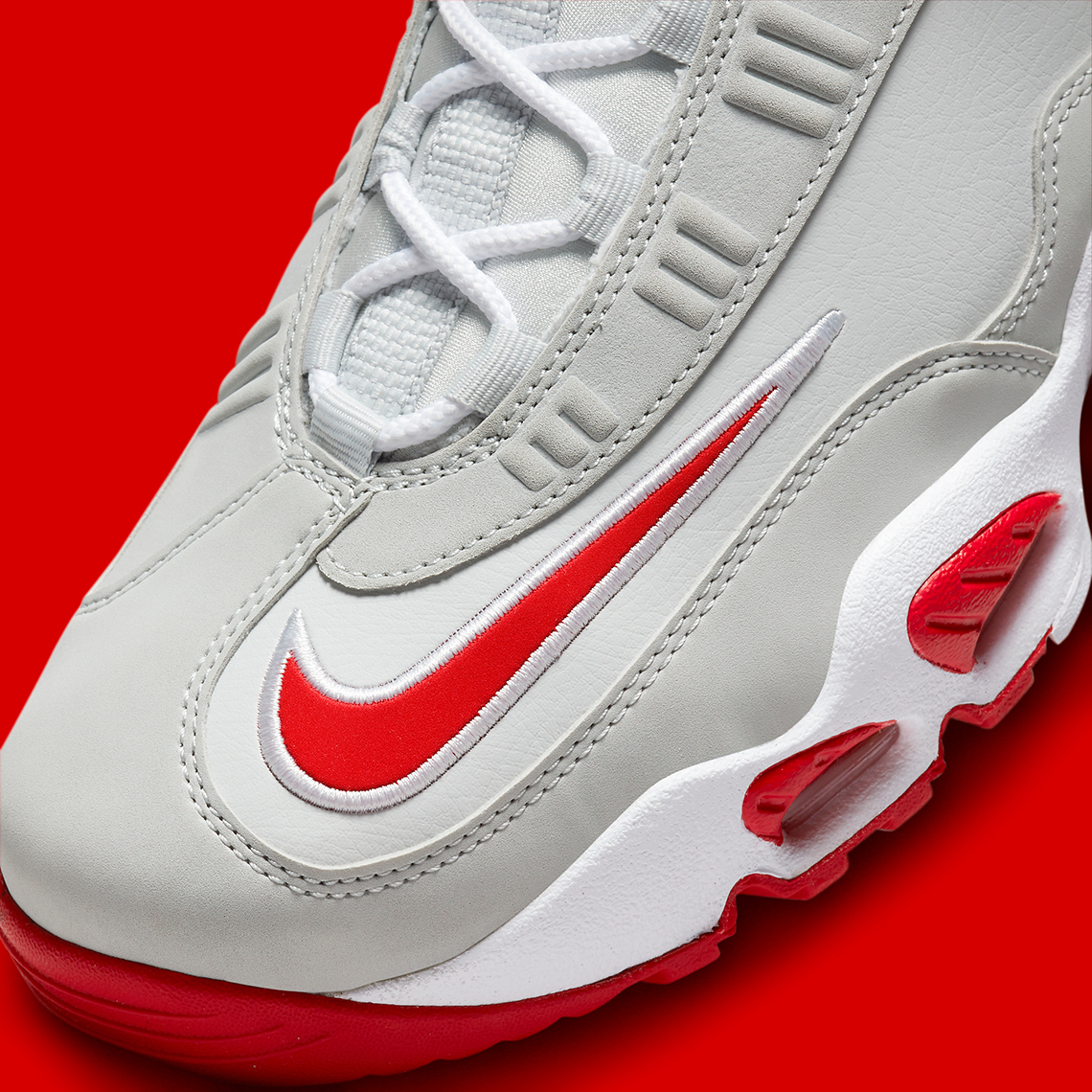 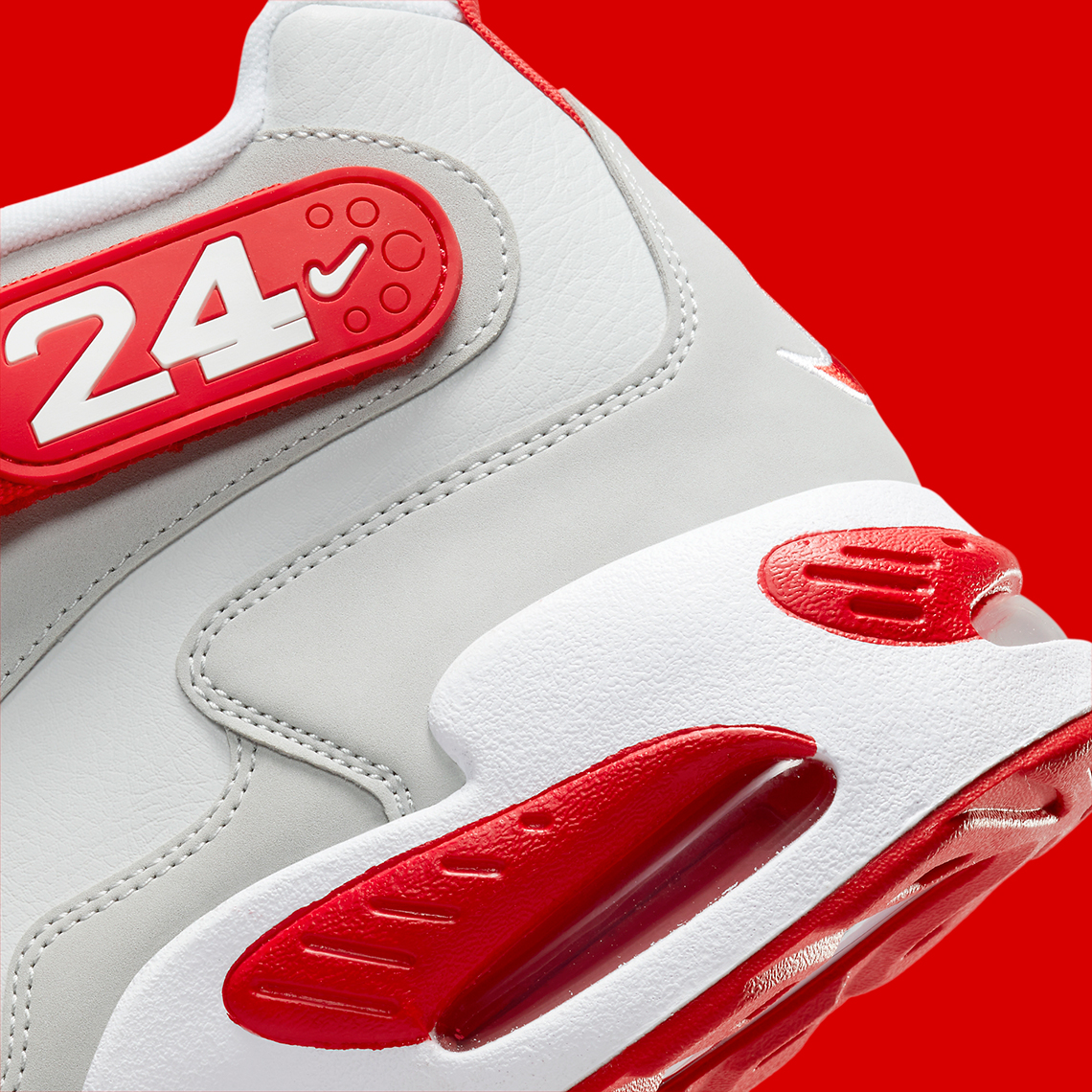