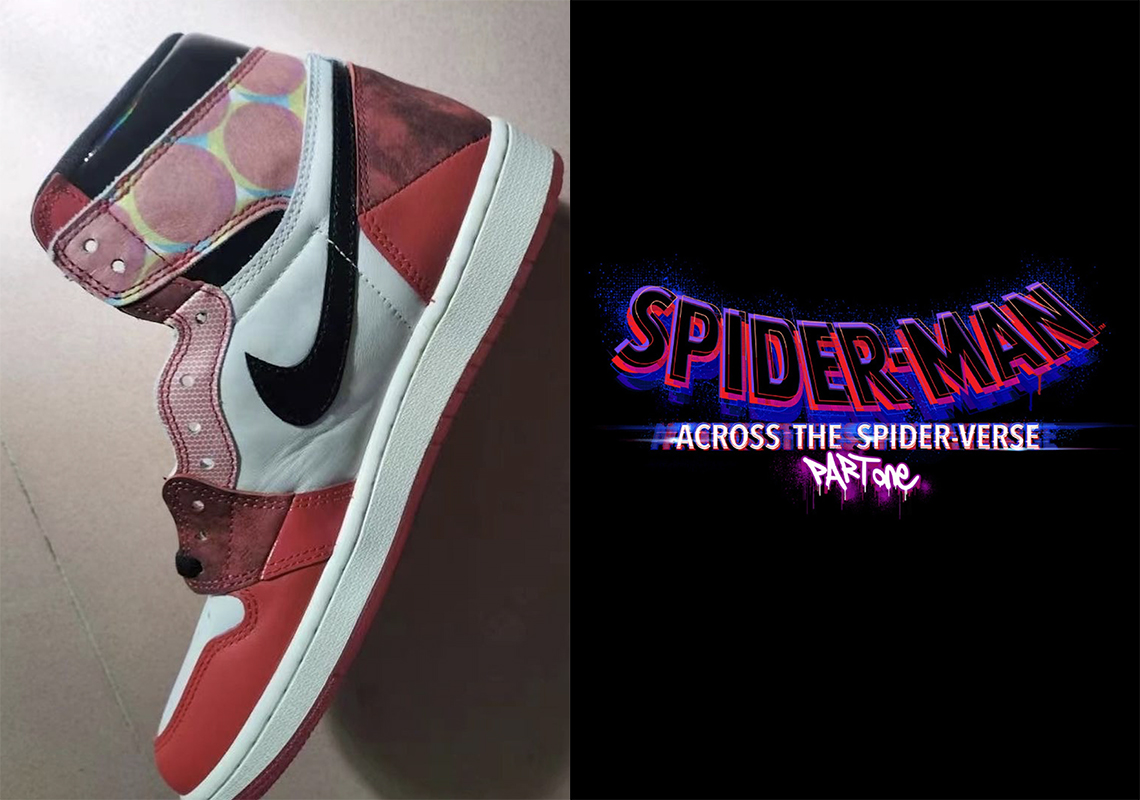 Conversation surrounding Miles Morales’ animated return in “Spider-Man: Across The Spider-Verse” has reached a fever-pitch with the sequel’s trailer set to release on December 13th. Having worn the iconic Air Jordan 1 “Chicago” throughout the first film, the Beaverton-based brand took it upon themselves to deliver a near-identical proposition following the films release. Now, a first look at the continuation of the Spider-Man inspired Air Jordan 1 has been revealed, confirmed by trusted source @Mr_Unloved1s on Twitter.

Expanding upon the tried-and-true “Chicago” style color-blocking seen on-screen, the vibrant red mudguard and crisp white vamp – in tandem with the color-matched sole unit – remains the only untouched aspects of the silhouette. Pulling direct inspiration from the titular hues and geometrical shapes that surround him when traveling throughout the Multi-Verse, a shadowy red and black marbled aesthetic lays claim to the introductory quarter overlay while its midfoot enjoys a polka dot arrangement. Contrasting the luminous jet-black patent leather of the upper collar, its presiding panel remains anchored by a collection of teal, yellow and faded red spheres mimicking the aforementioned Spider-Verse portal. Dividing its heel counter between a solid and marbled red outfit, the tumbled leather of the white midfoot panel and contrasting black Swoosh pull the silhouette back to its original universe.

While we sit tight on further release details expected to be made available in 2023, enjoy a first look at the Air Jordan 1 “Spider-Man: Across The Spider-Verse” below in the meantime.

In other news from the NIKE Inc. banner, check out the upcoming Air Jordan 1 “Lucky Green”. 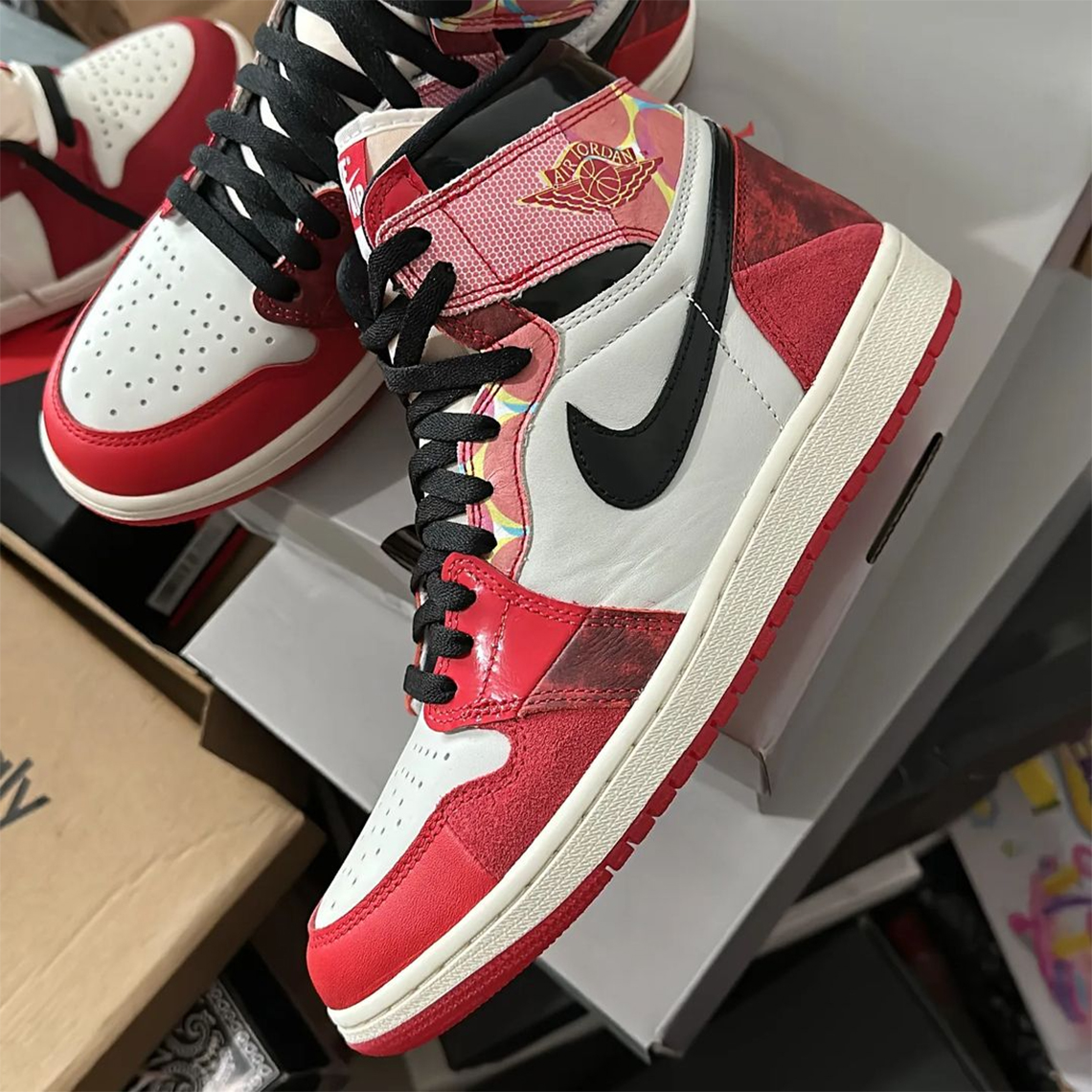 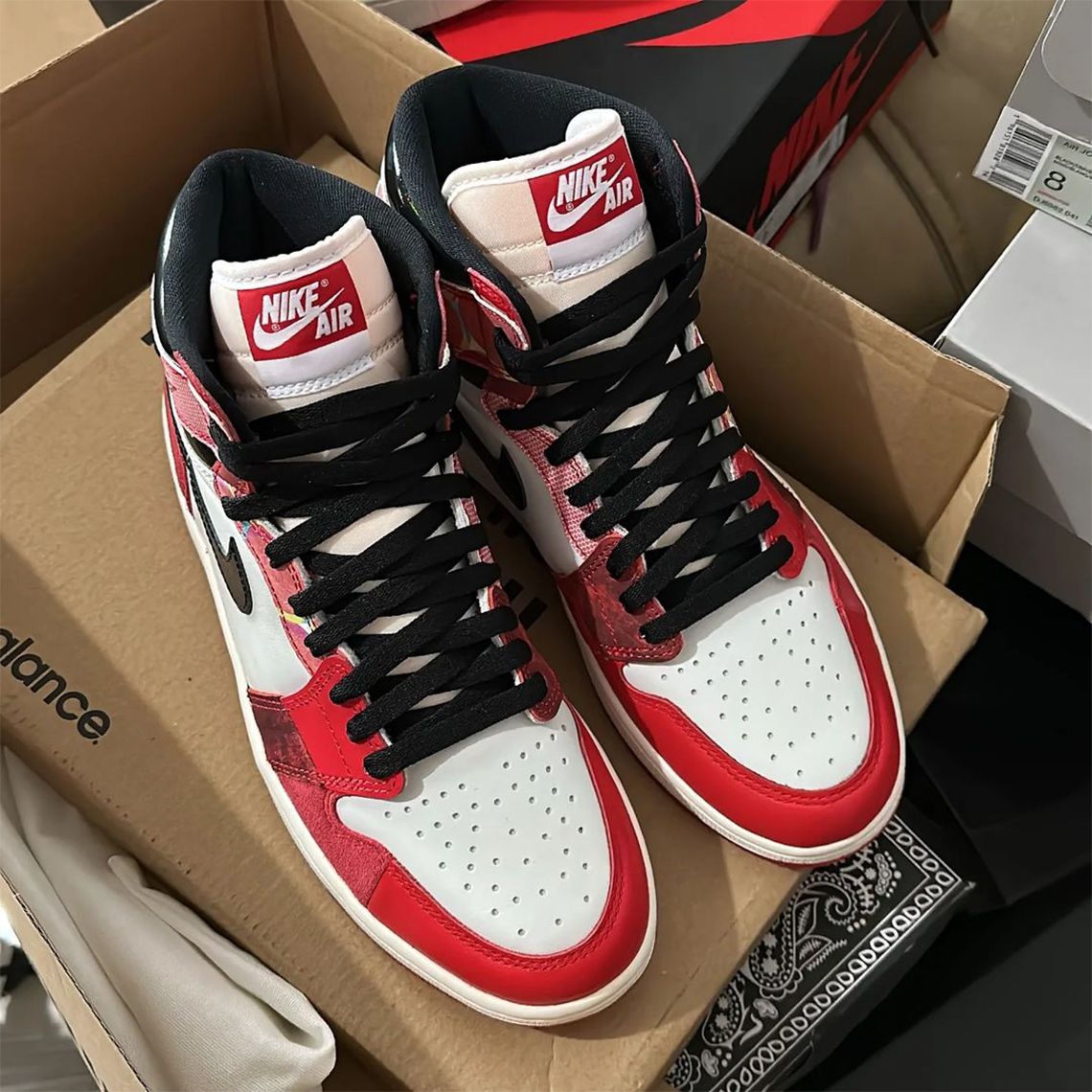 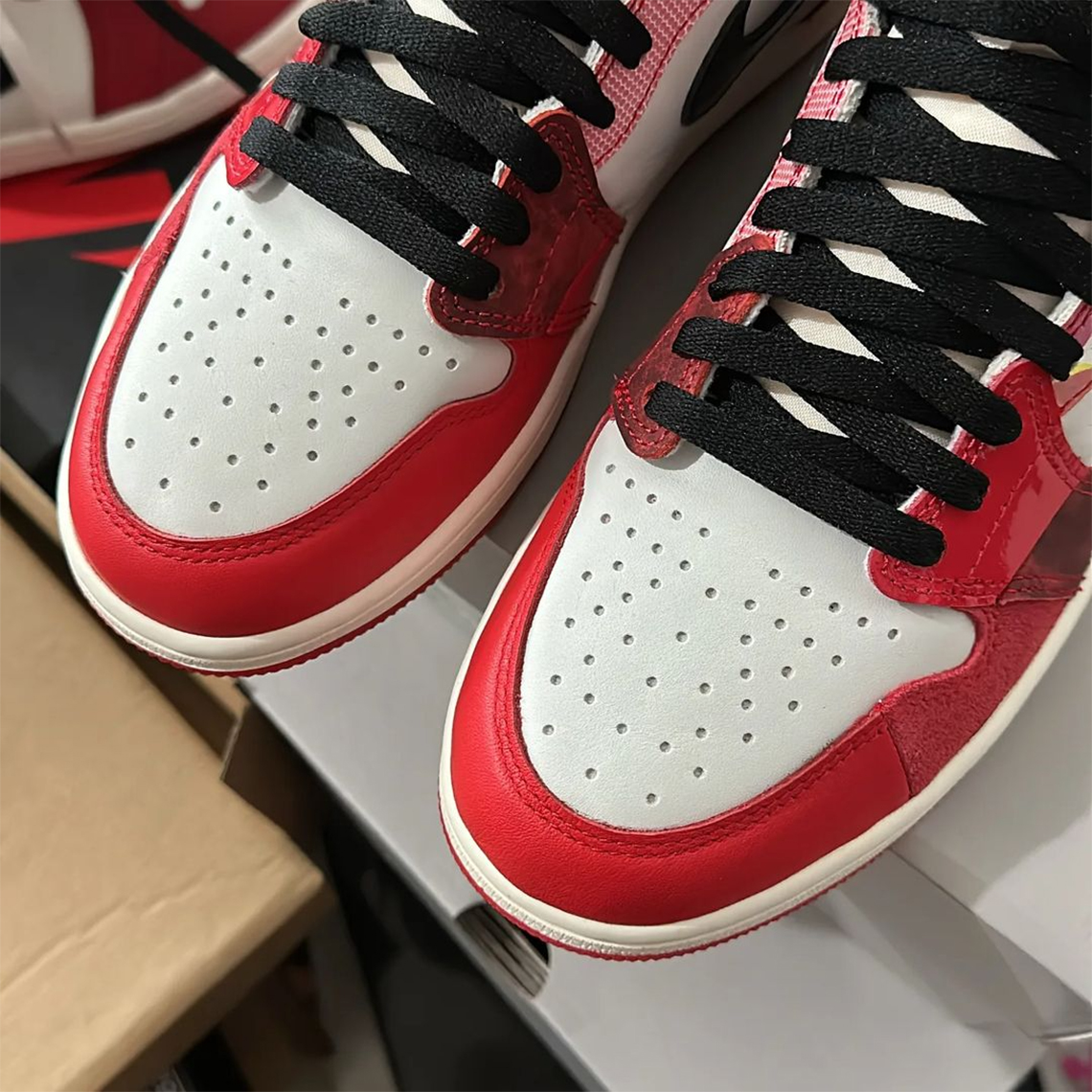 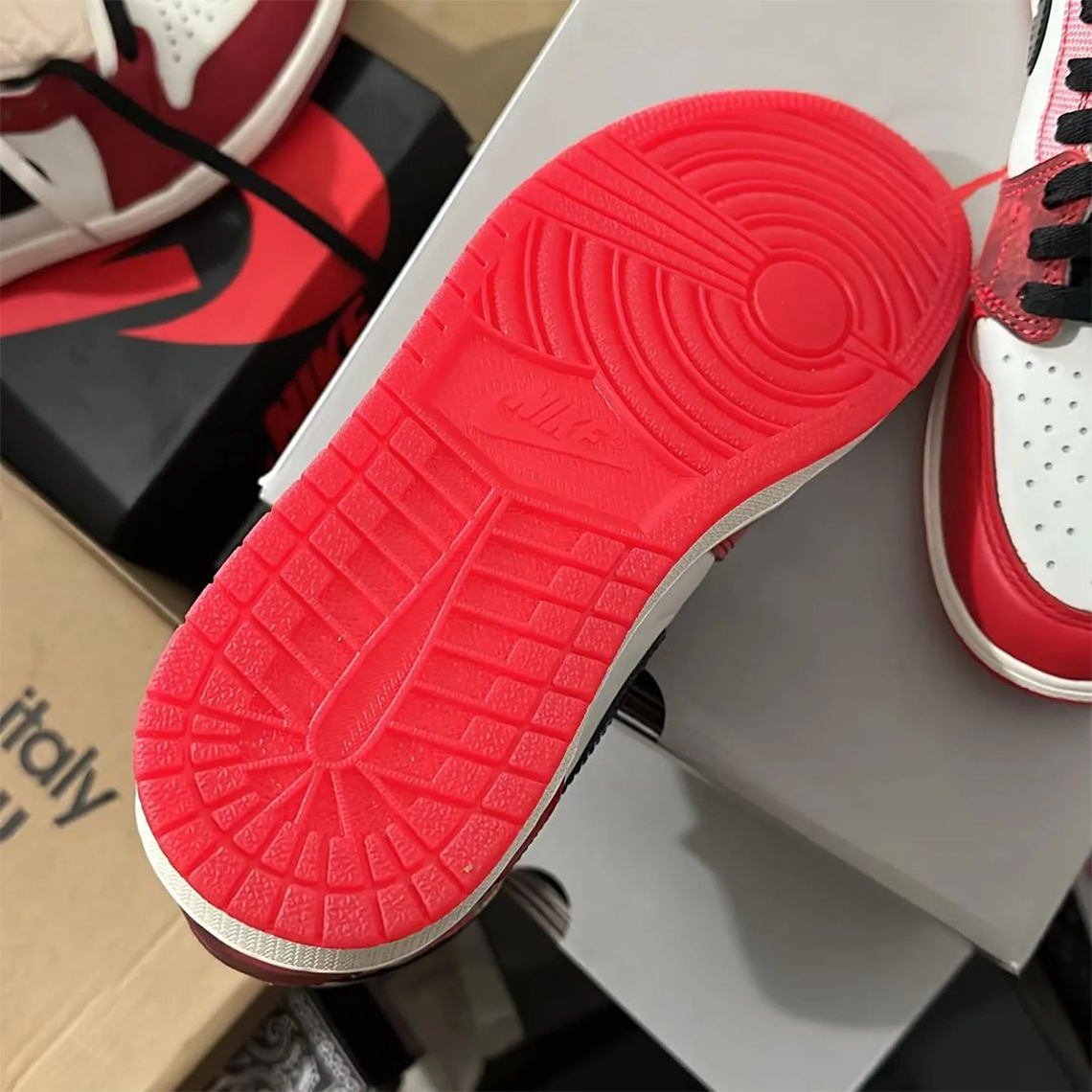 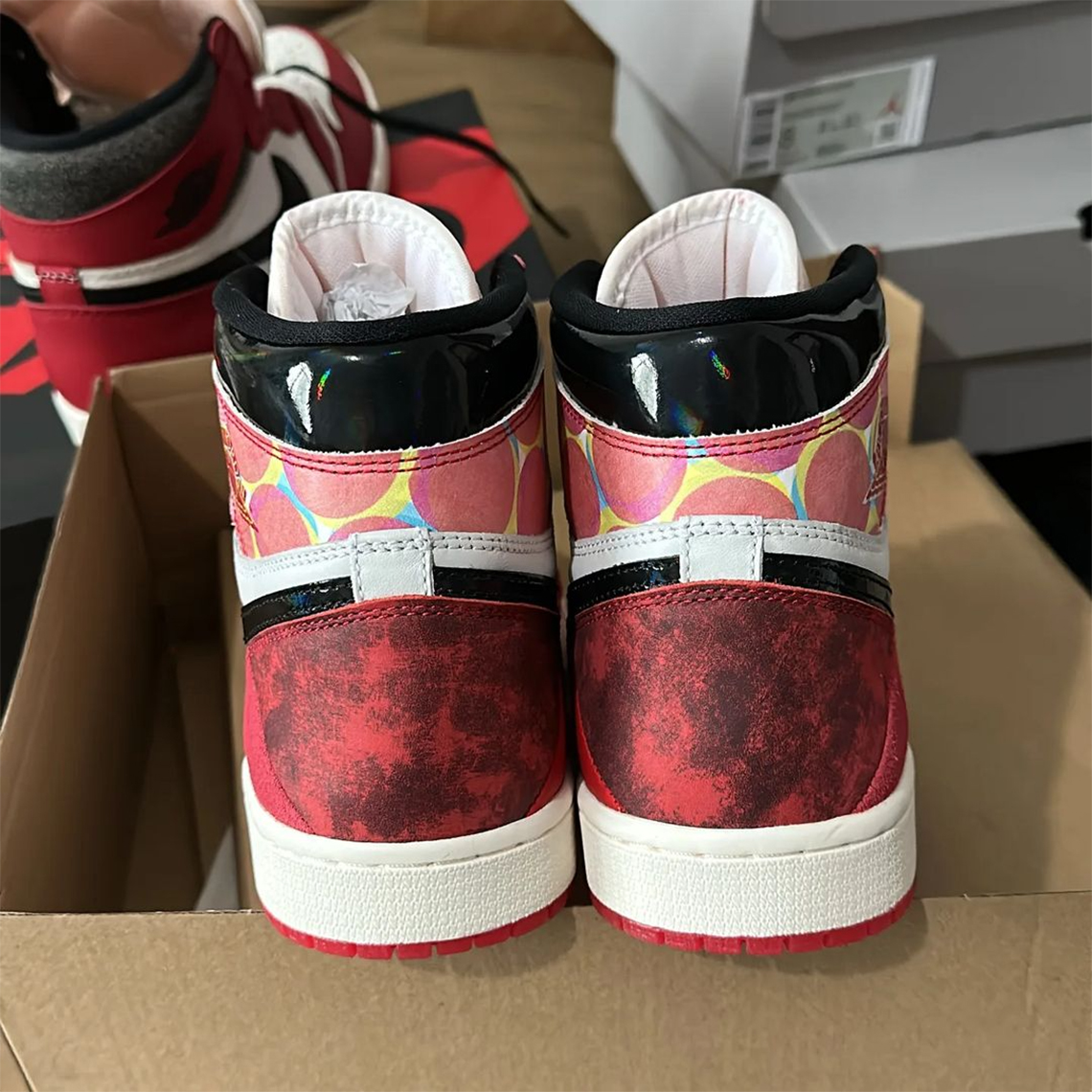 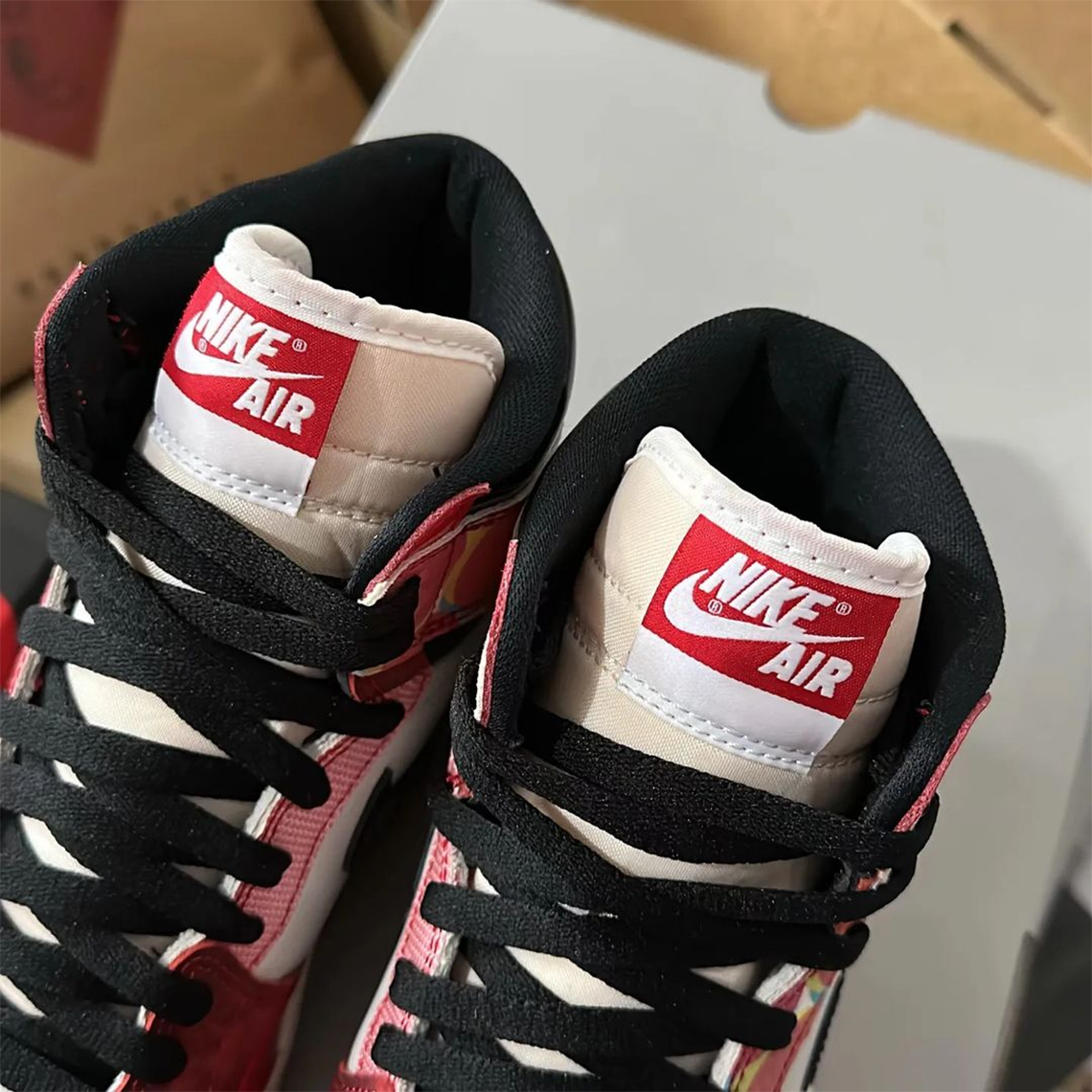 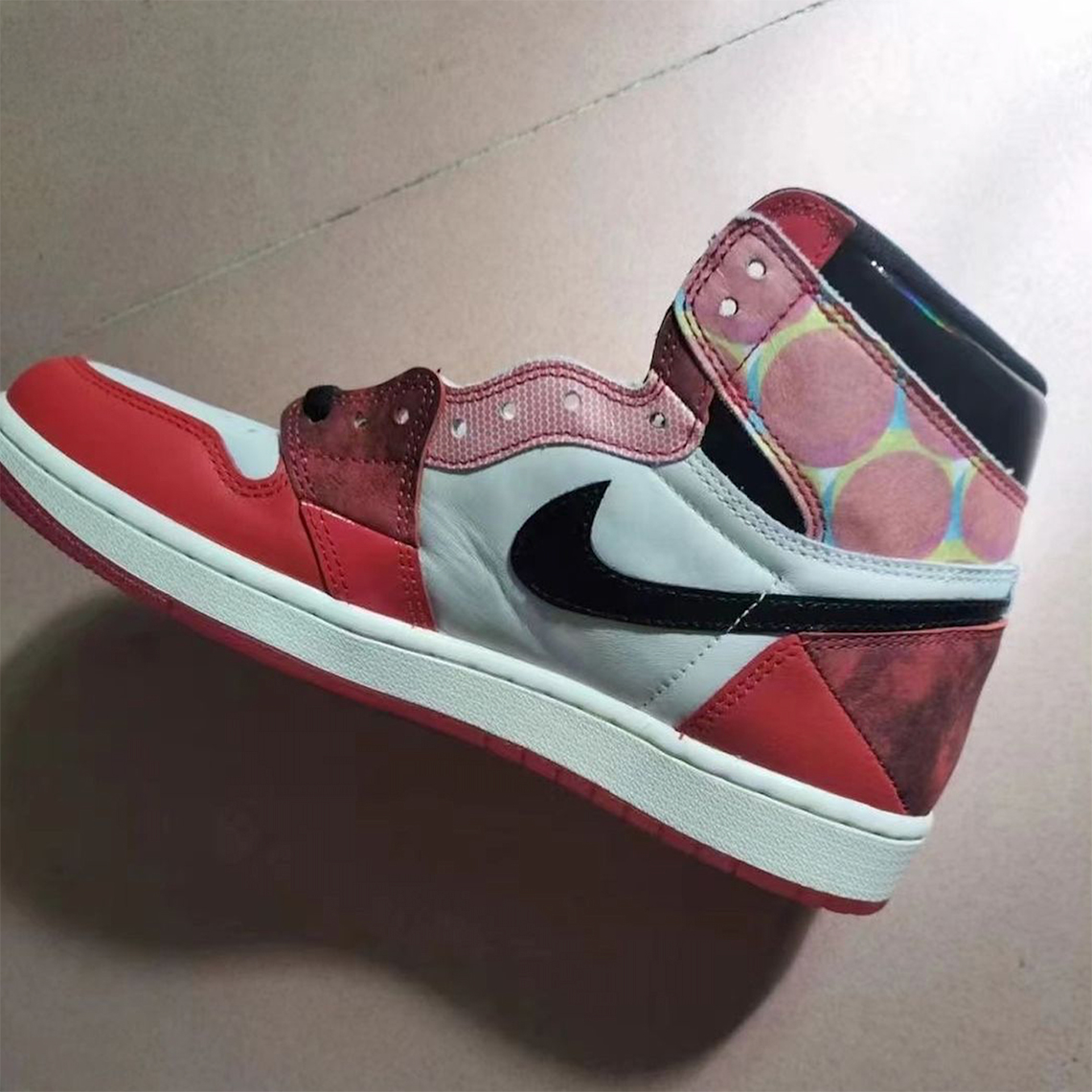 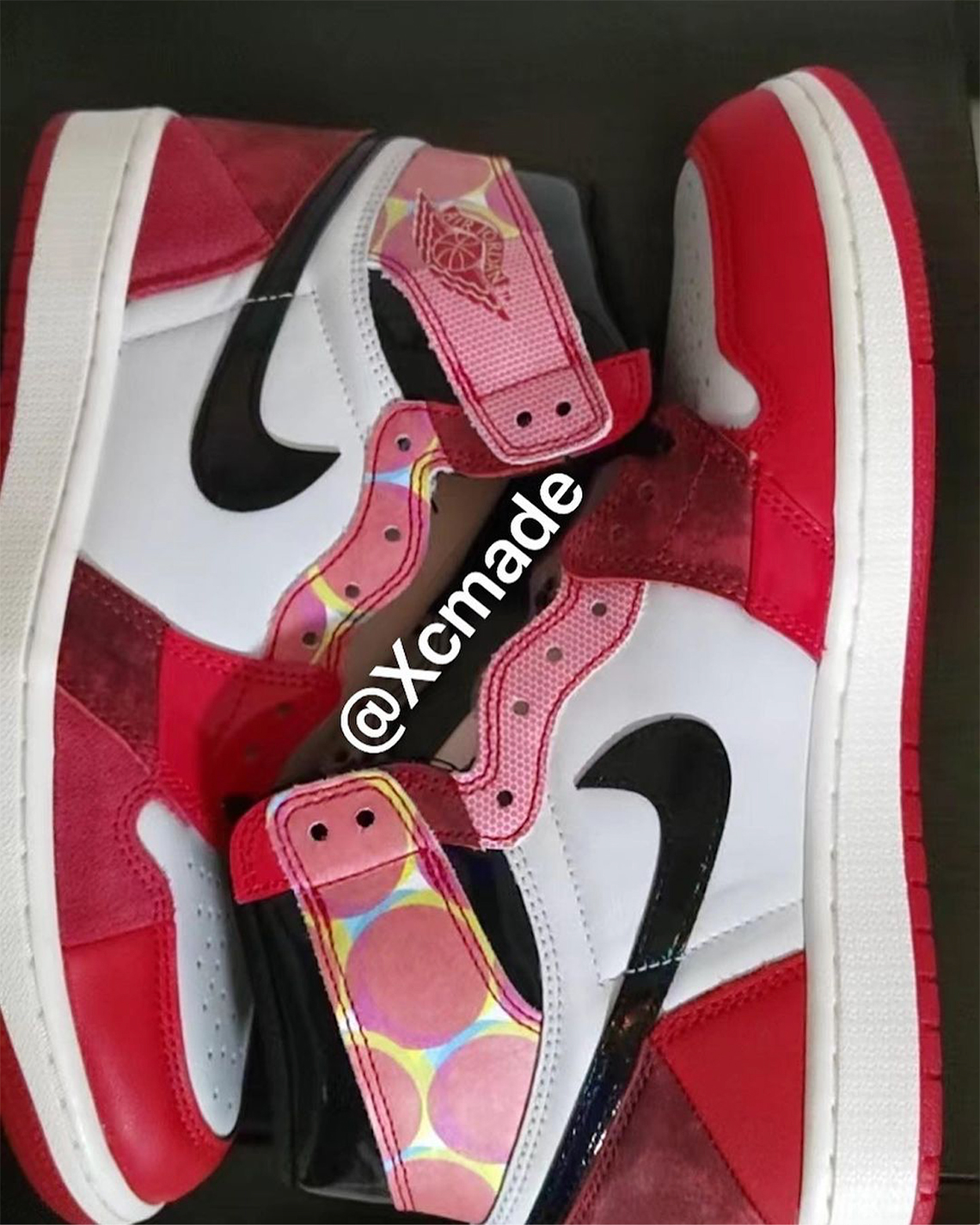 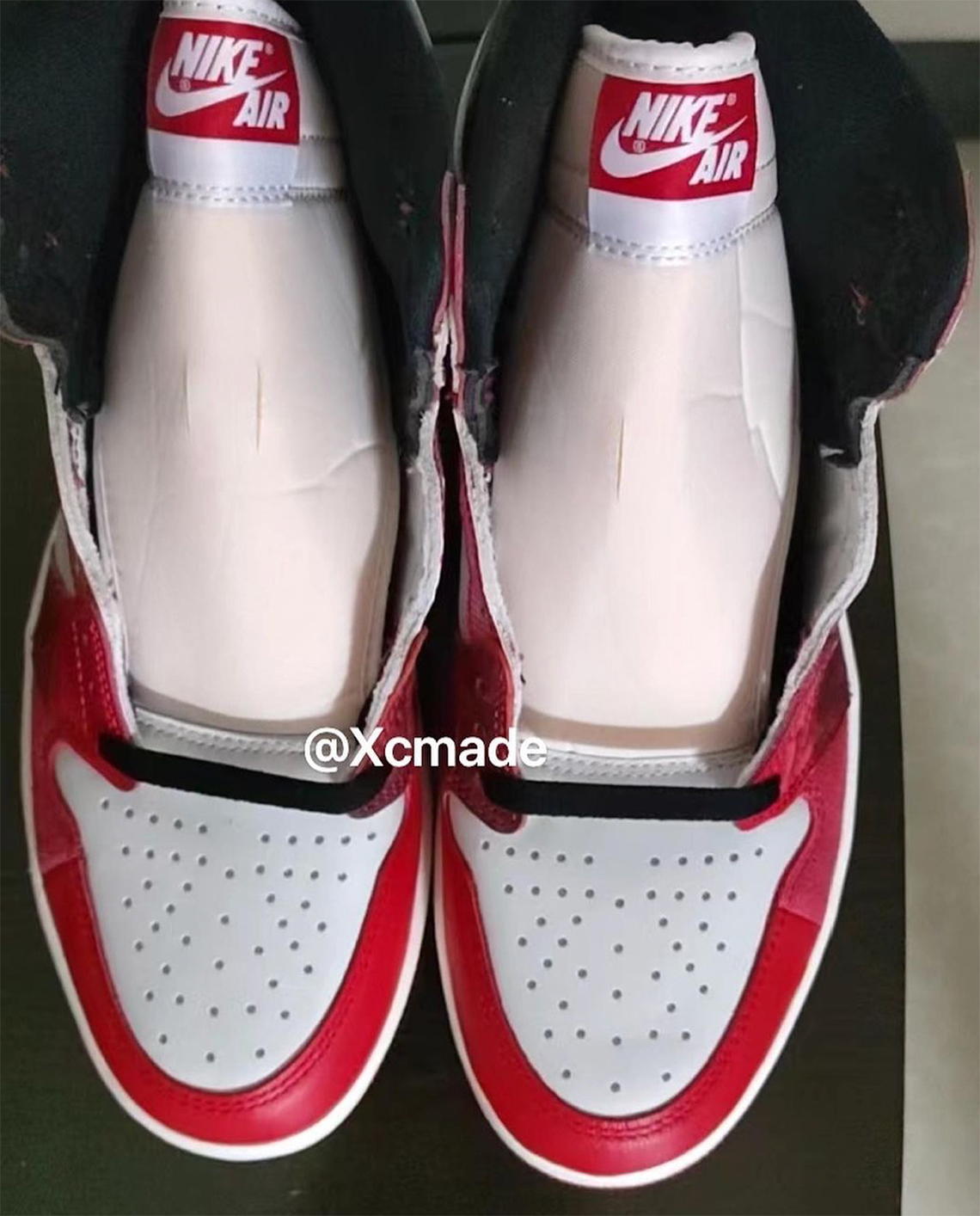 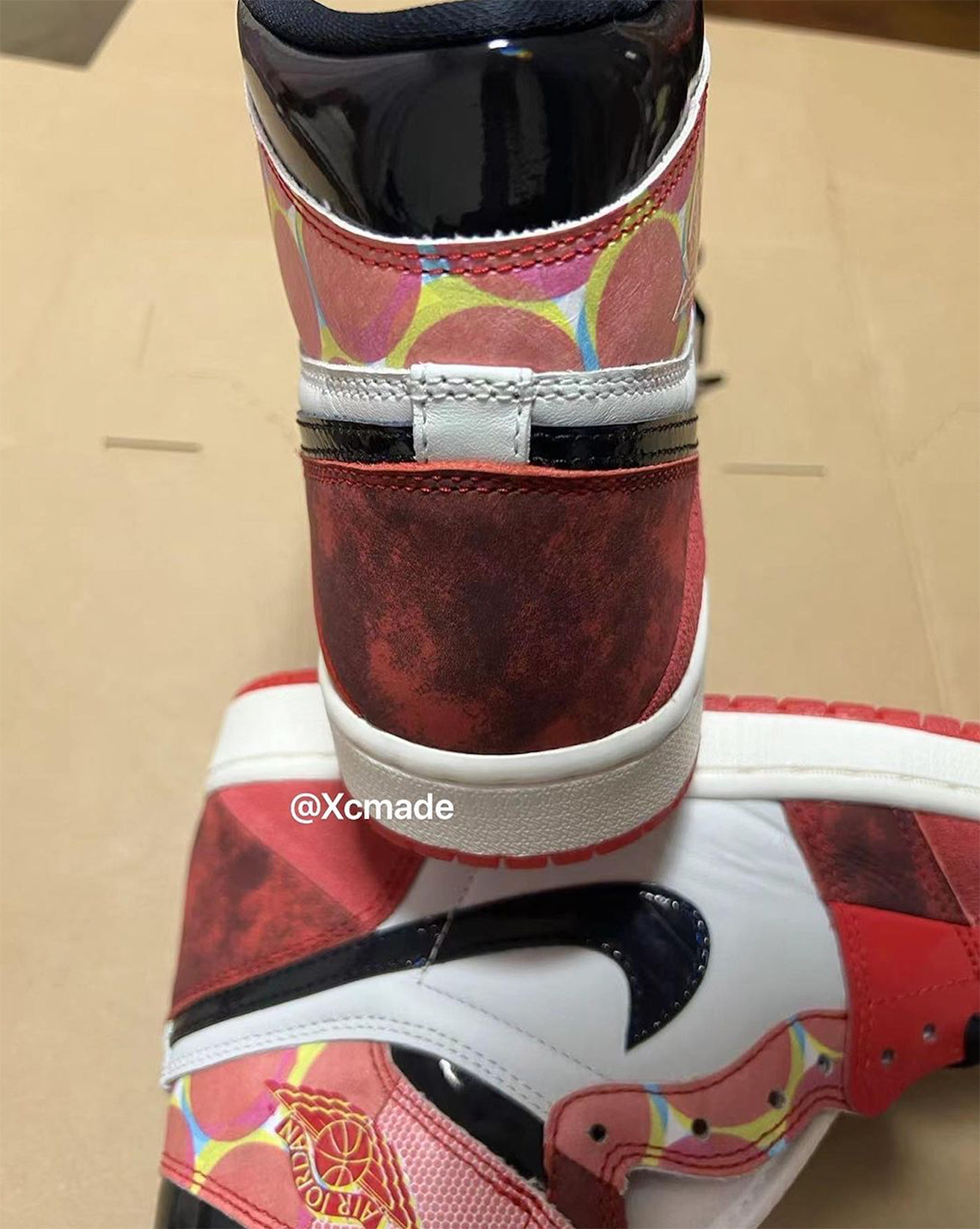 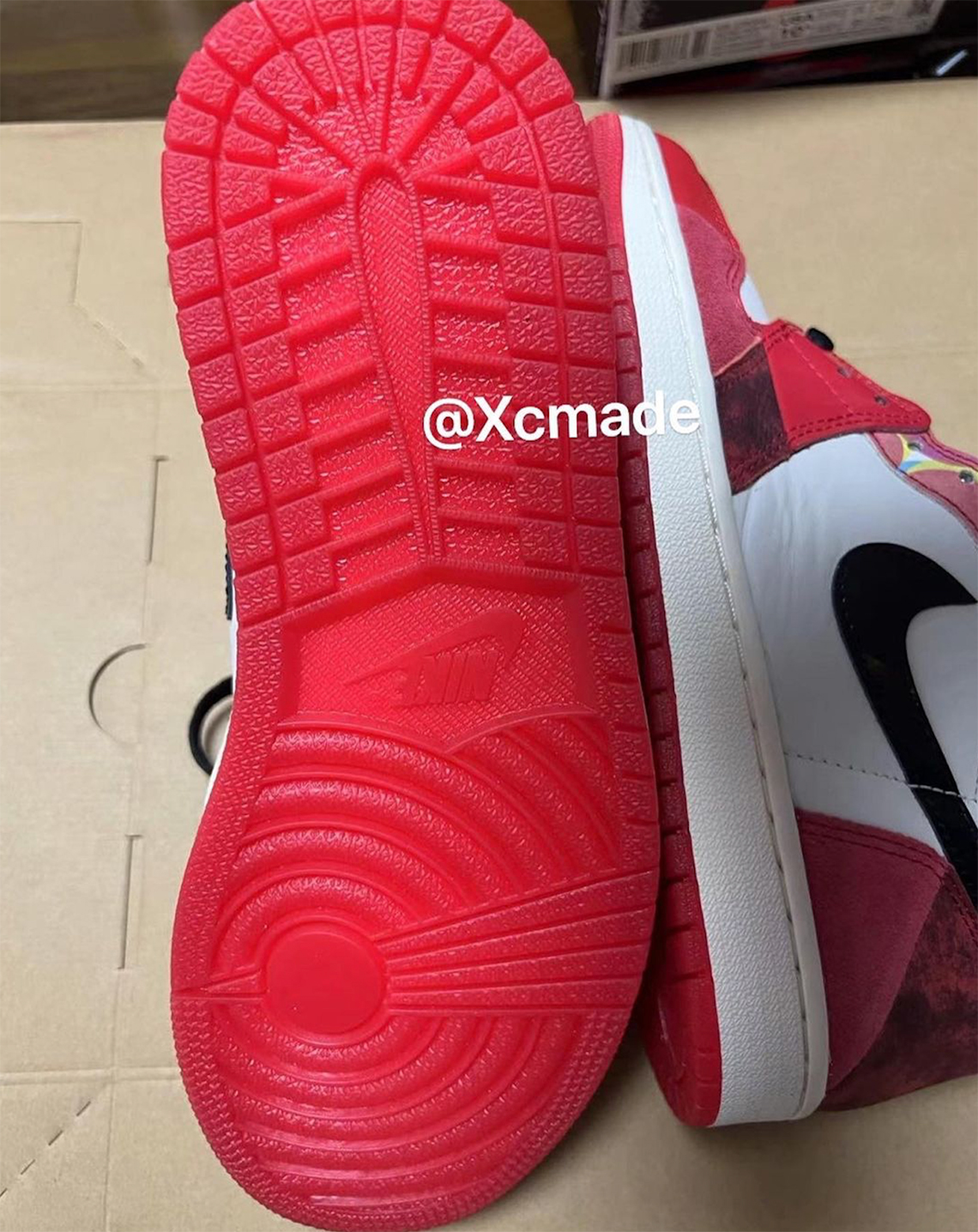