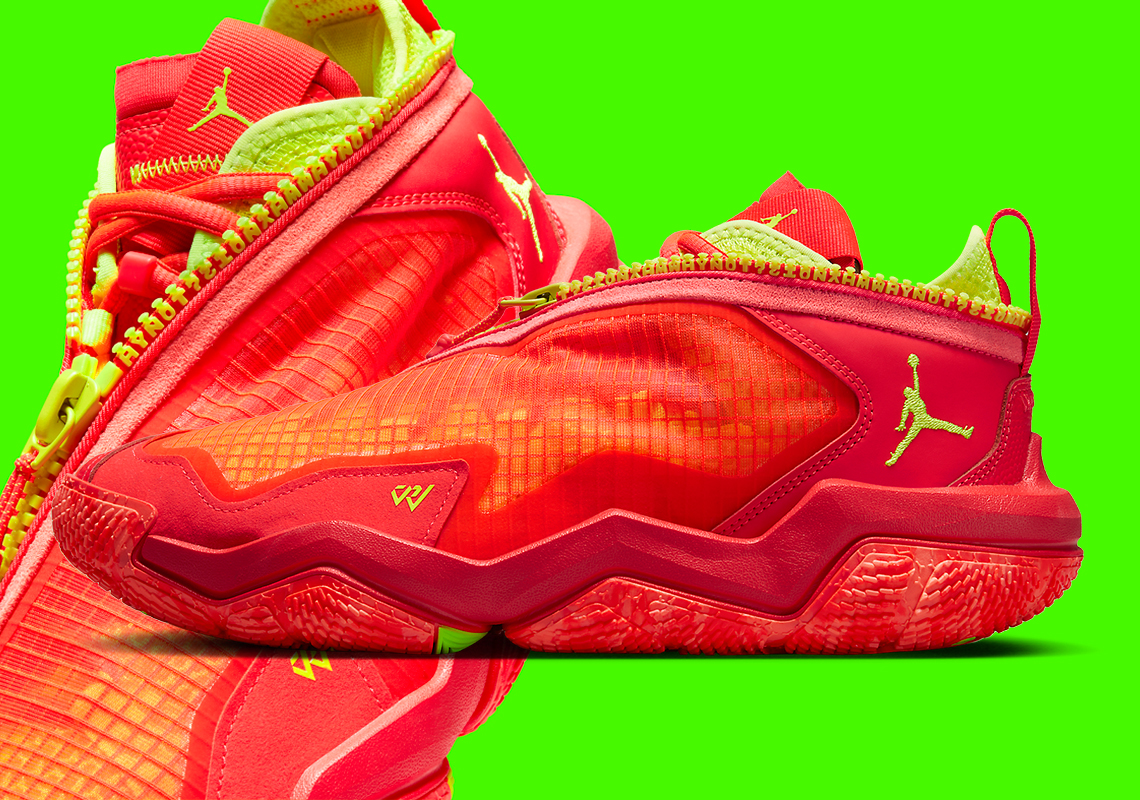 Russell Westbrook’s Jordan Why Not? .6 “Bright Crimson” Expected In February

In keeping with Westbrook’s boisterous tunnel fits and design personality, the inaugural colorway of the Jordan Why Not? .6 indulges in an expressive composition pairing “Bright Crimson” hues with titular neon green accents. Mirroring his lines’ low-cut composition, a grid-layered ripstop shroud encompasses the entirety of the upper and lacing system for the first time in Westbrook’s collection. Rendering the latter’s zipper in “WHY NOT” lettering, the League MVP’s Jordan Brand logo comes stitched onto the medial side utilizing the pair’s initial vibrant yellow contrast. While the aforementioned hue additionally anchors the forefoot’s miniaturized logo, neon green embellishments coordinate along the build of the sock liner and adjacently placed Jumpman insignia before completing further branded features along the tongue and heel pull tabs. Casting the upper’s near-clad red ensemble below with a seldom marbled sole unit, the tucked-away insoles proffer a disparate mix-match of navy and orange in conclusion.

While the pair was originally scheduled to release on February 8th – which has since been redacted – enjoy official images of the Jordan Why Not? .6 “Bright Crimson” below while we sit tight on further details.

For more under the Jumpman banner, the Air Jordan 1 Low is composing a “Mocha” ensemble. 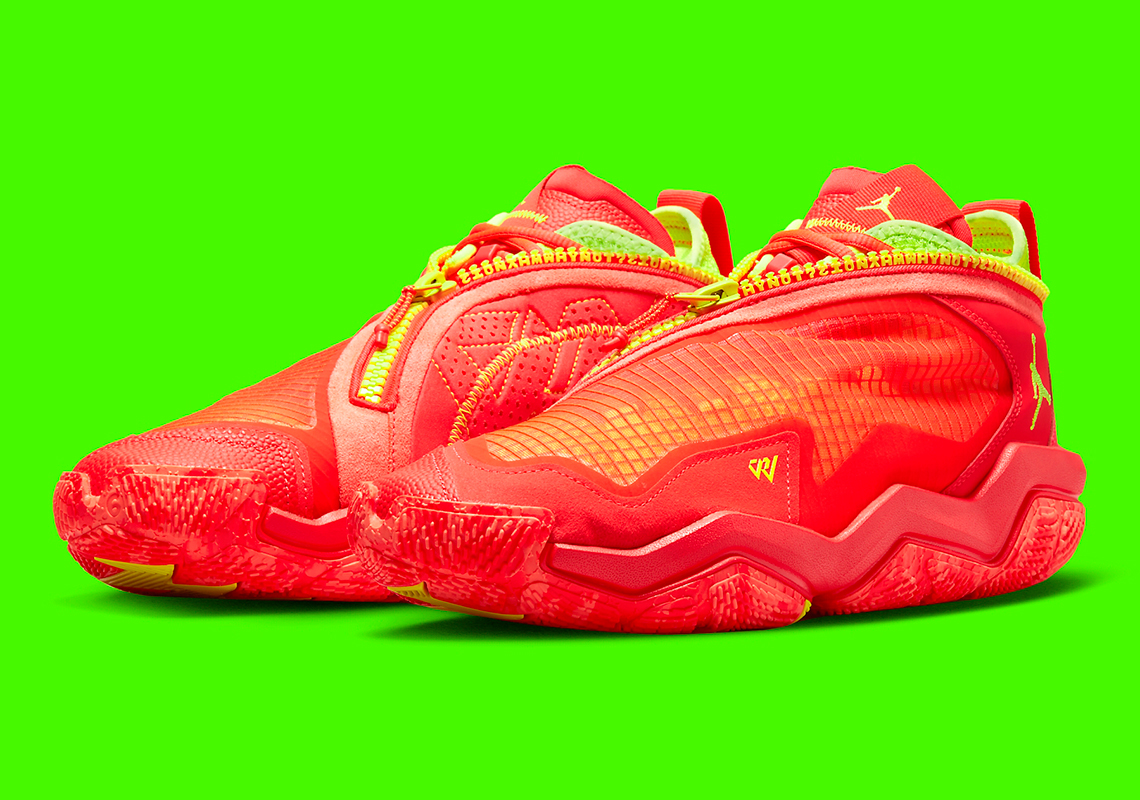 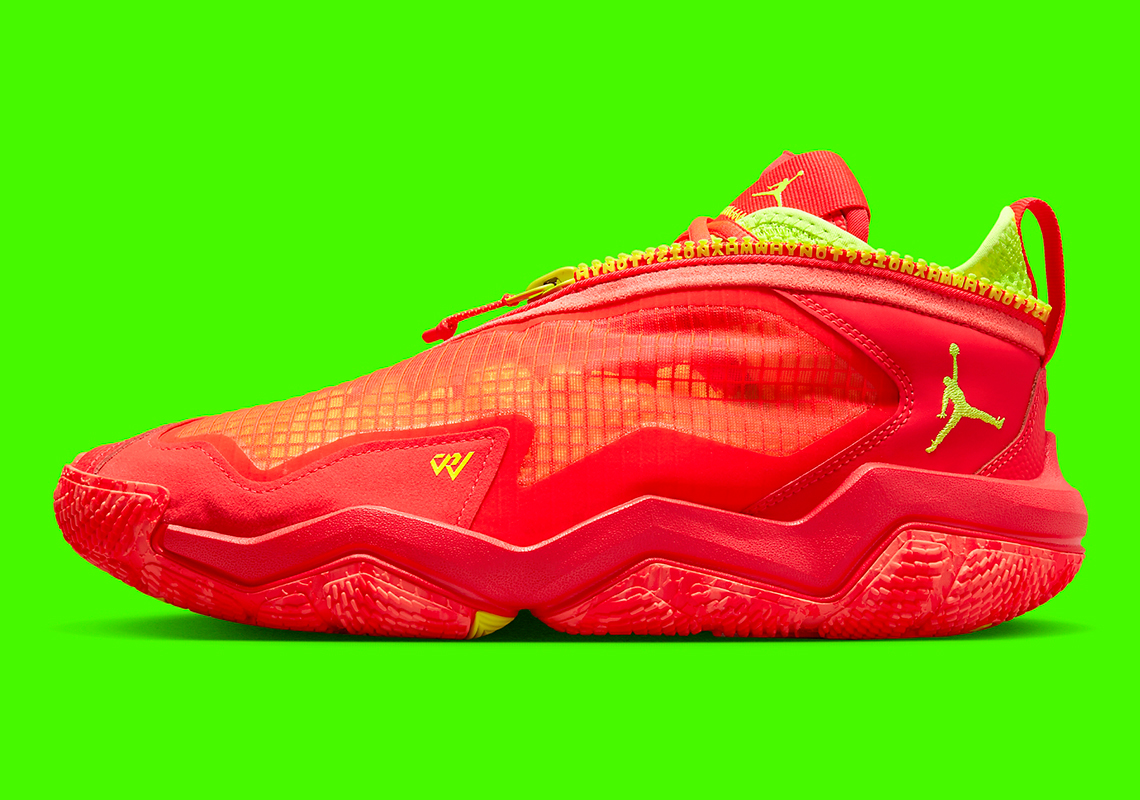 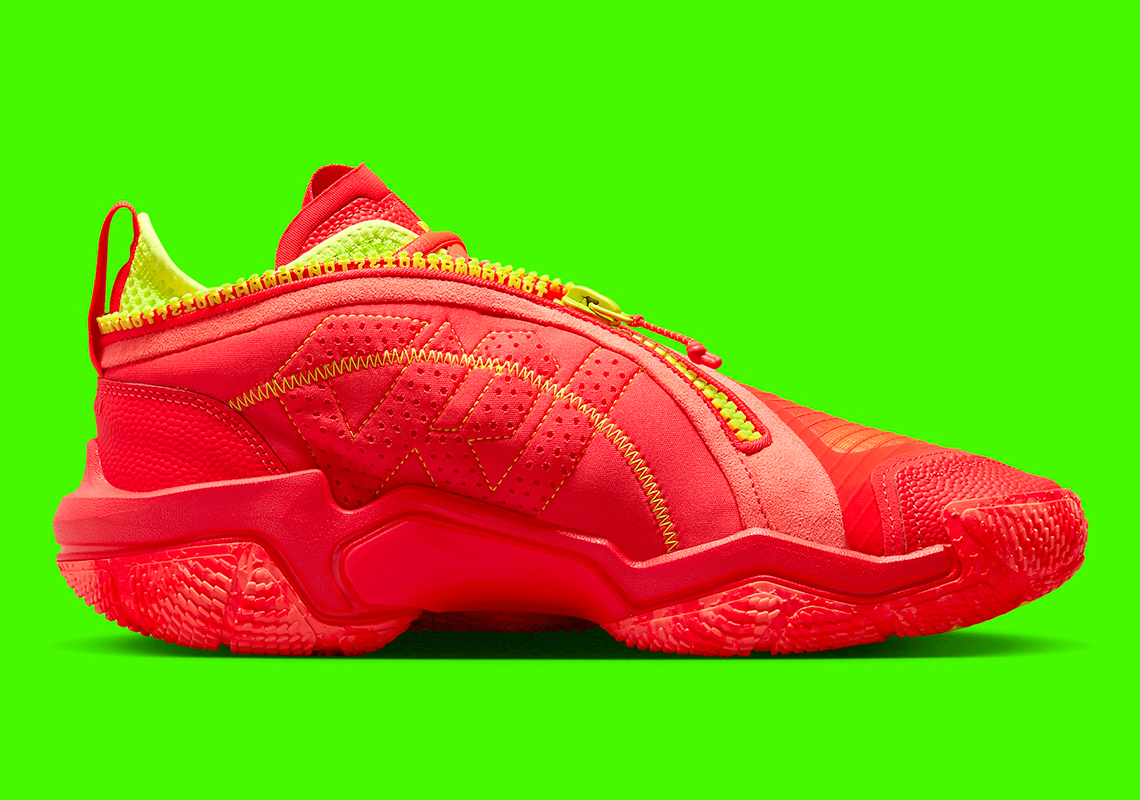 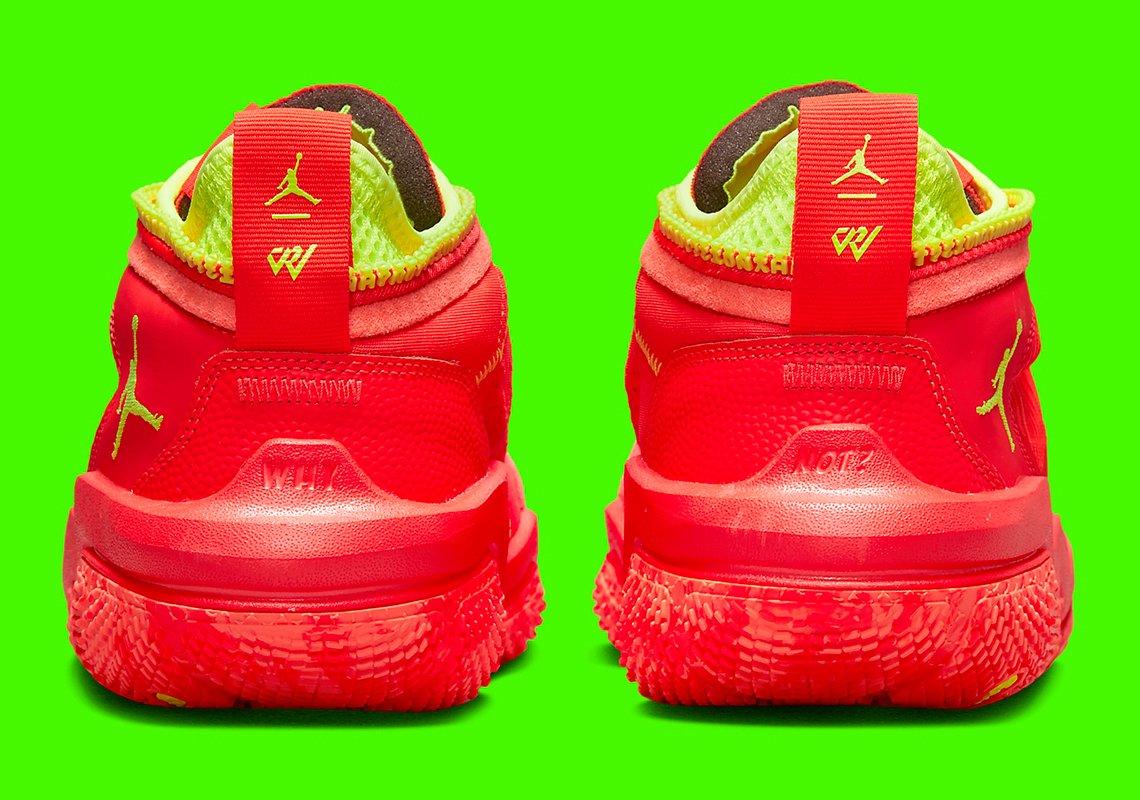 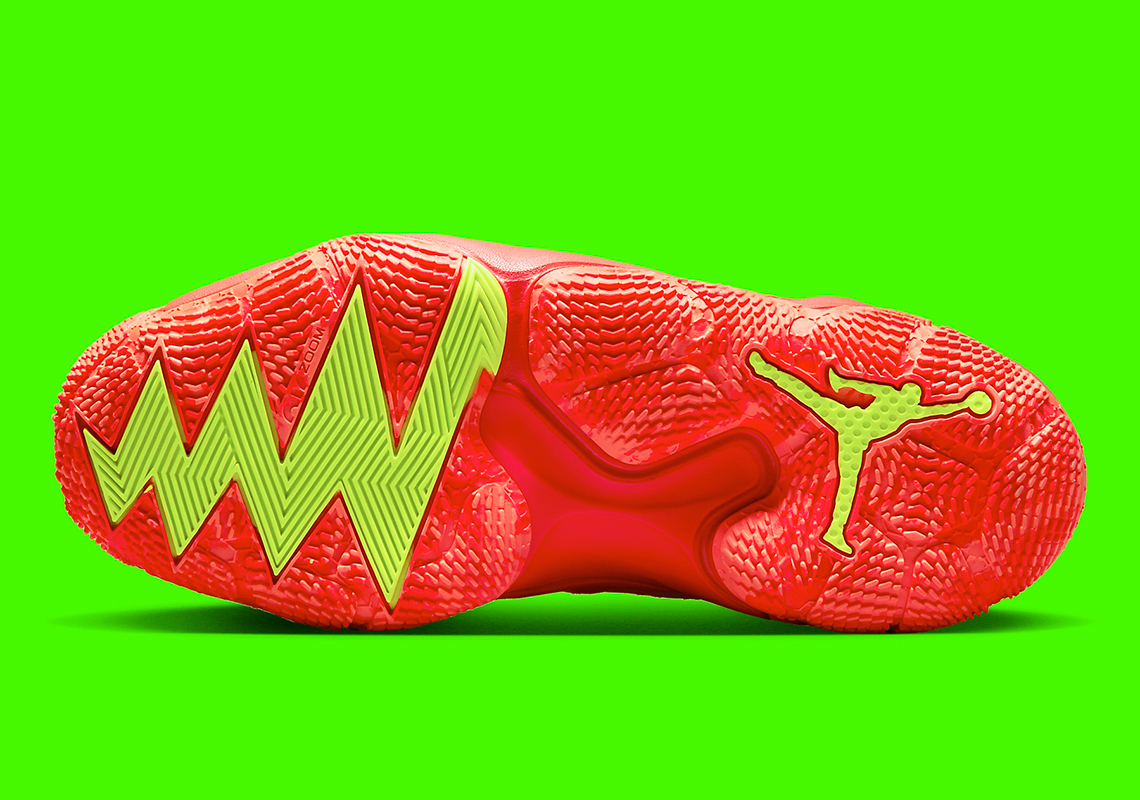 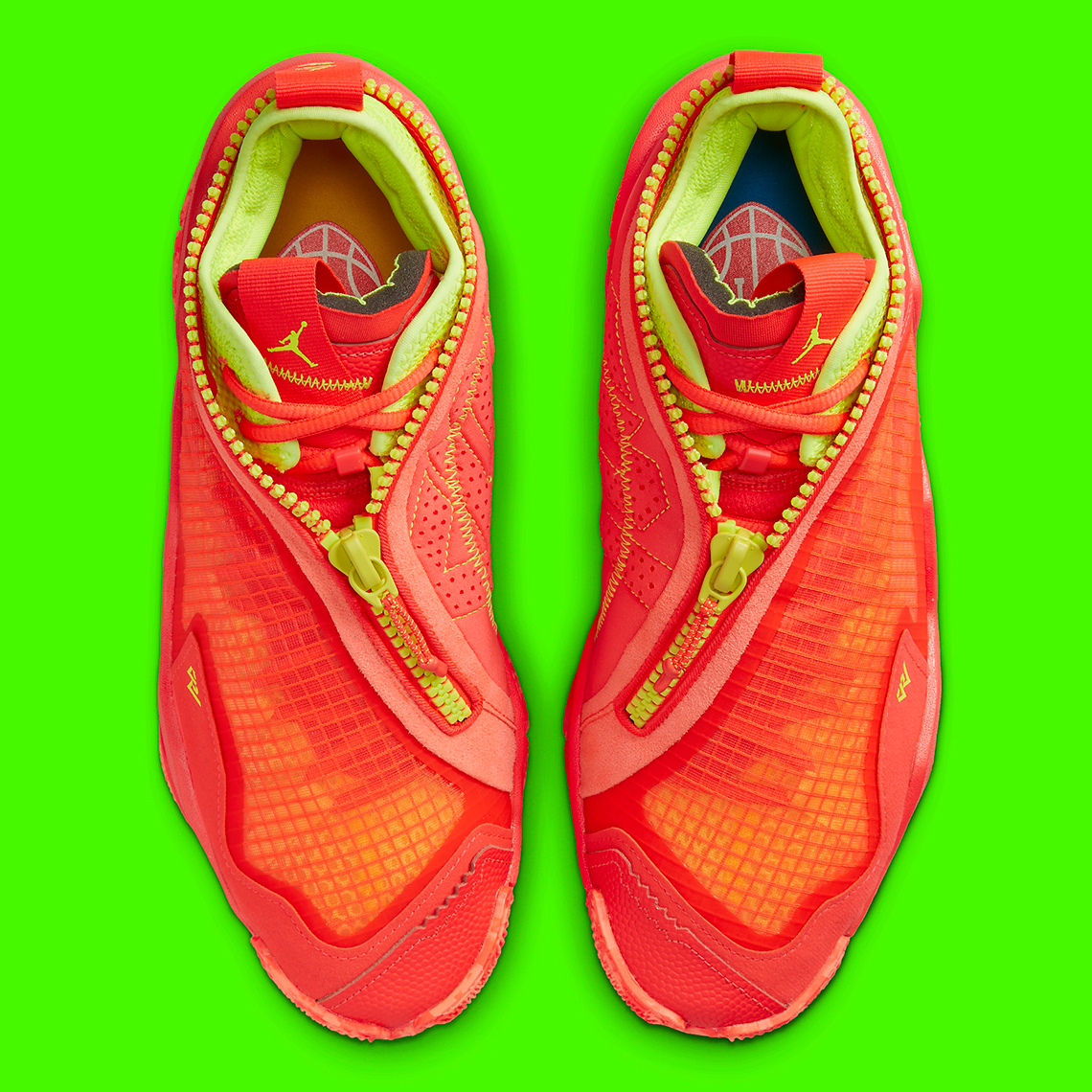 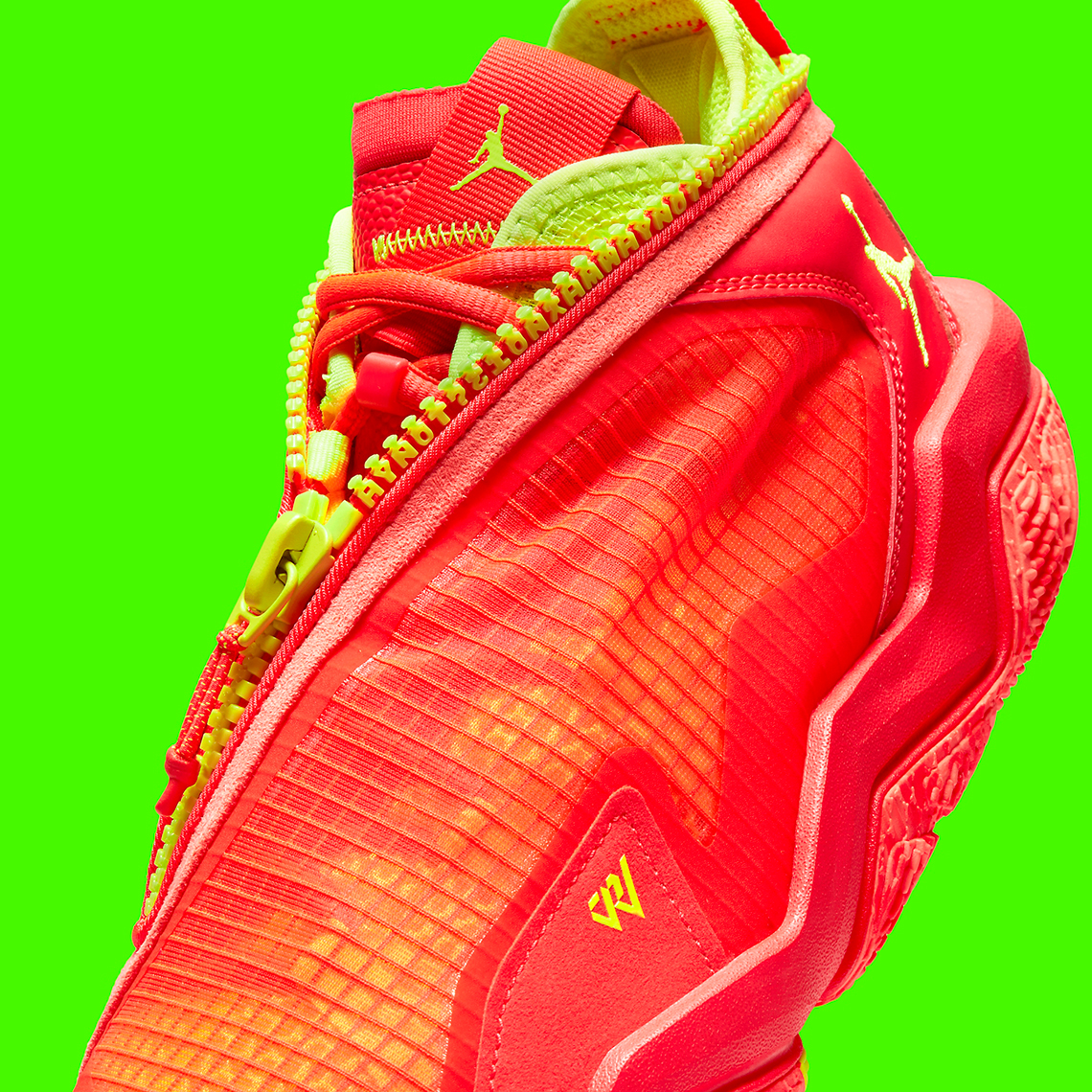 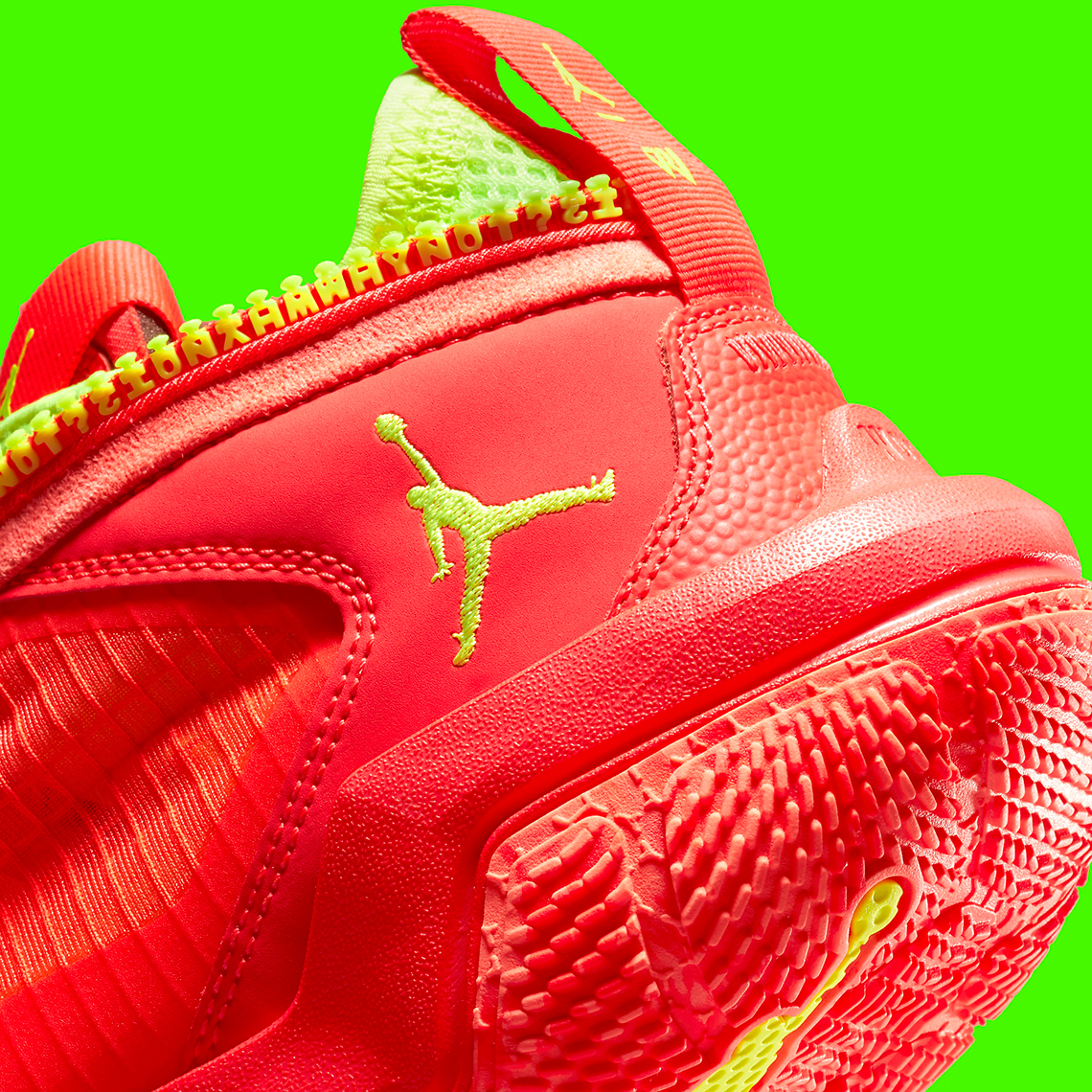 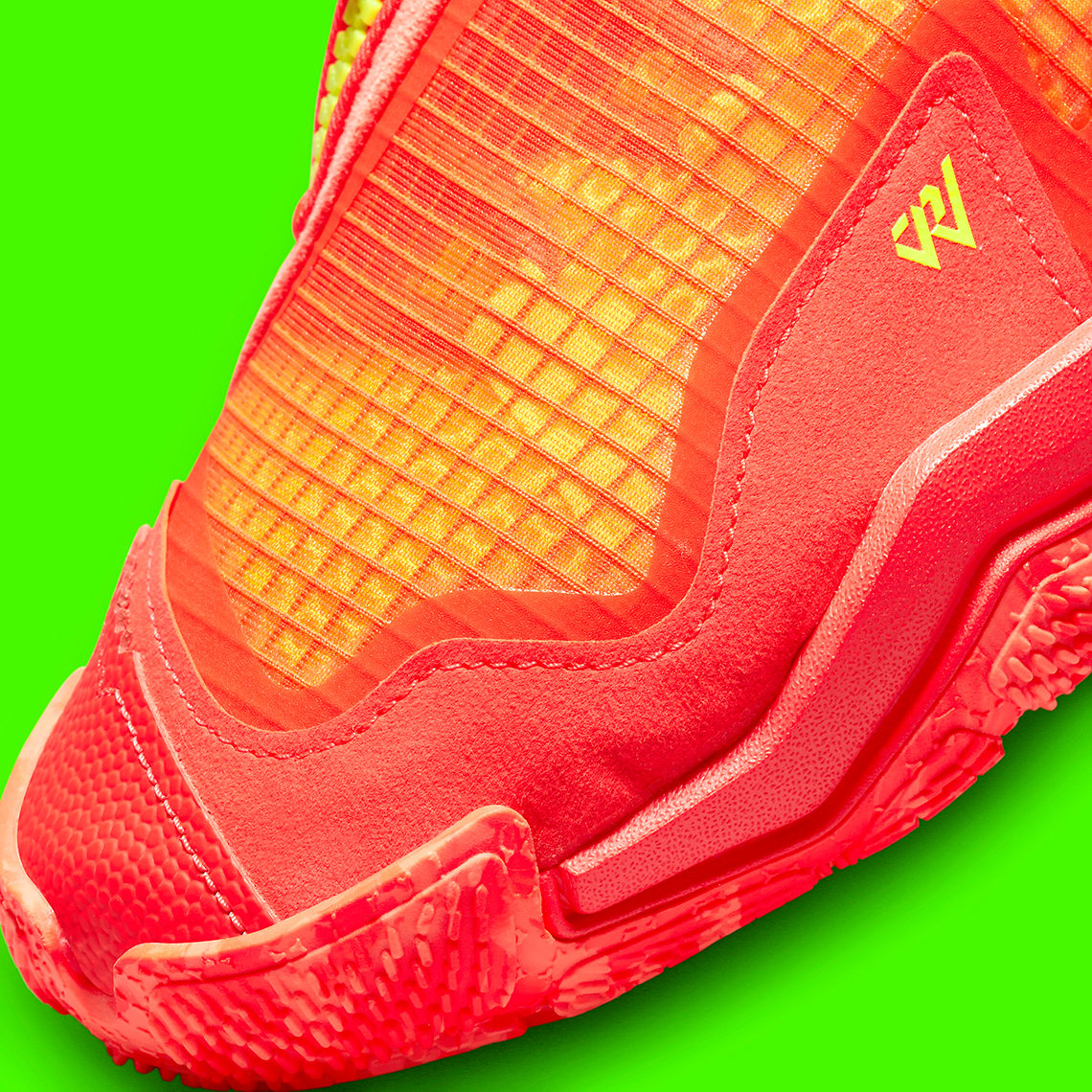