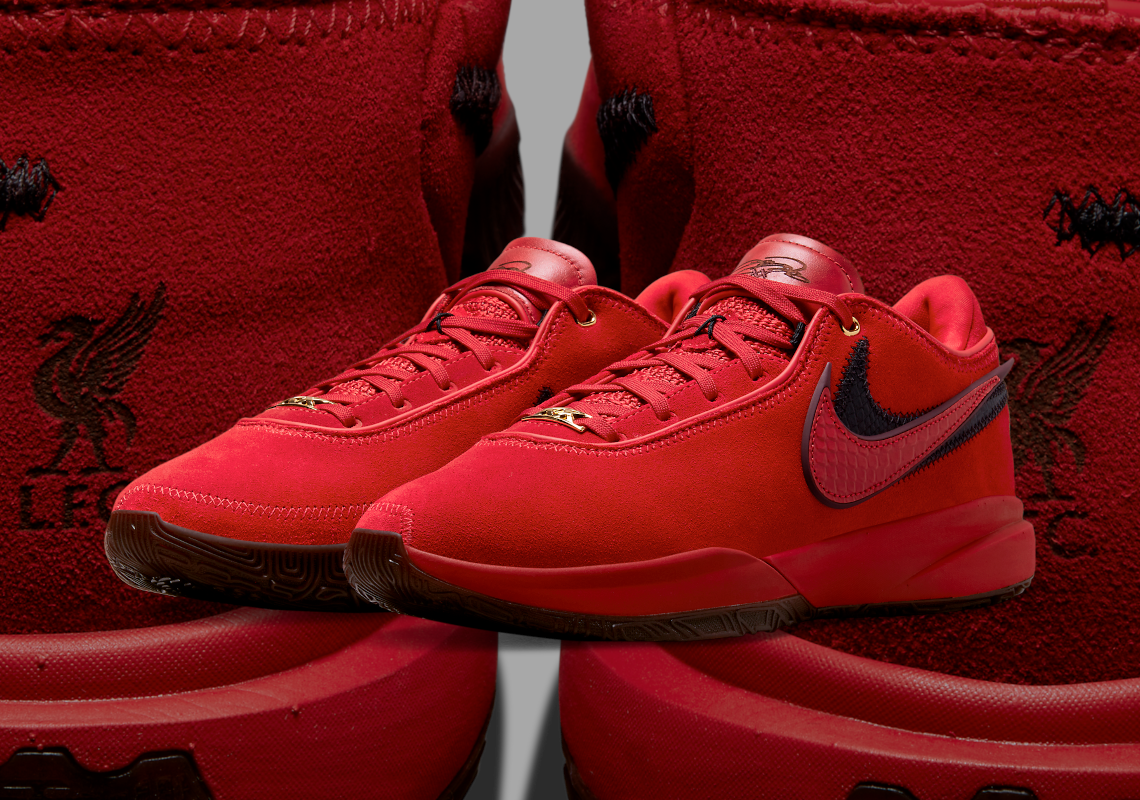 This article was published on January 24, 2023 and updated on January 25, 2023
–
Towards the tail-end of 2022, it was revealed that LeBron James’ 2% stake in Liverpool F.C. would be painting an honorary collaboration with the Nike Air Max 1. Following a subsequent September re-release of the LeBron 9 Low in its reverse aesthetic featuring vibrant teal hues, a clad-red composition now pays homage to James’ 2011 investment through the Nike LeBron 20.

Mirroring the latter silhouette’s “Olive Green” effort, an all-out wash of suede envelops the model’s outer layer in tandem with its quarter overlay while its tongue construction remains tried-and-true through its split leather and tightly knit tooling. Eerily reminiscent of the Nike Kobe 9 High KRM EXT “Red Mamba”, the silhouette’s matching crimson red aesthetic additionally attributes a snakeskin textile which lays claim to the pair of double-stacked Swooshes. Casting aside the latter two model’s use of teal accents, the two-toned ensemble accents its exterior Check by coating its secondary embellishment in a pitch-black cast. Further anchoring the pitch-dark shade along the seldom lace stitching and semi-translucent tread underfoot, golden dubraes coordinate with the heel’s Liverpool F.C. badge in conclusion.

In other news, Russell Westbrook’s Jordan Why Not? .6 is set to release in February. 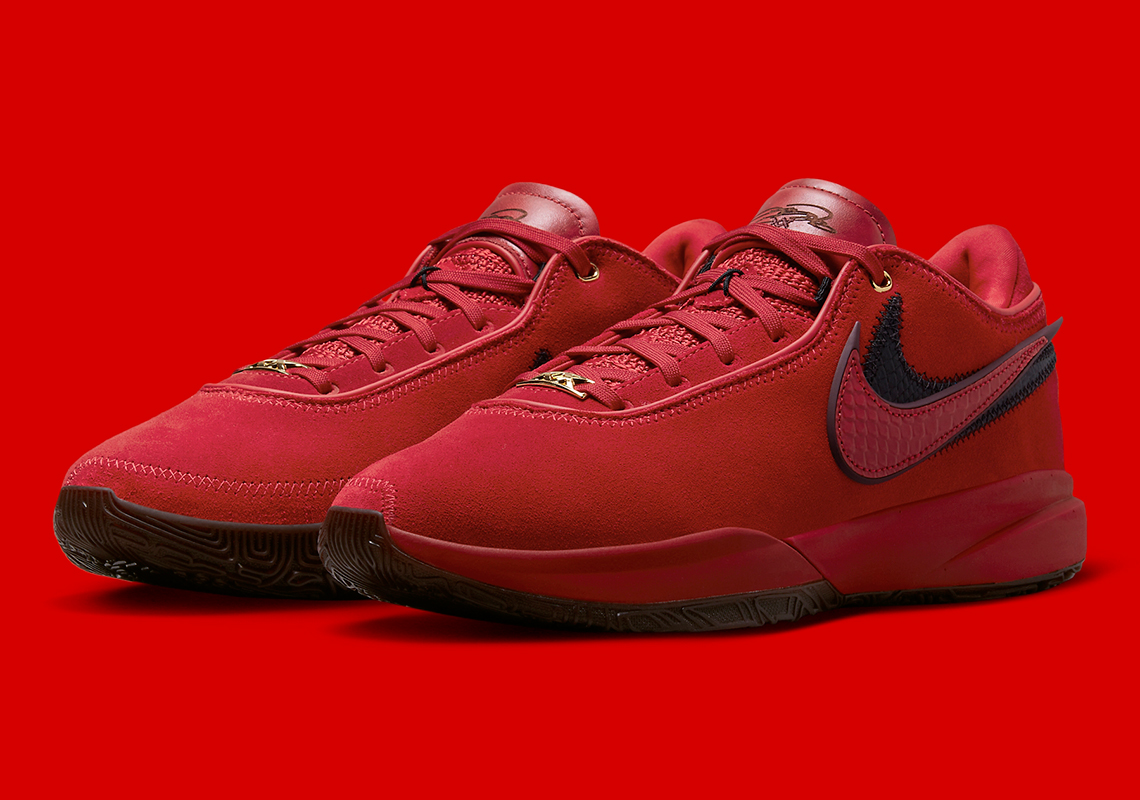 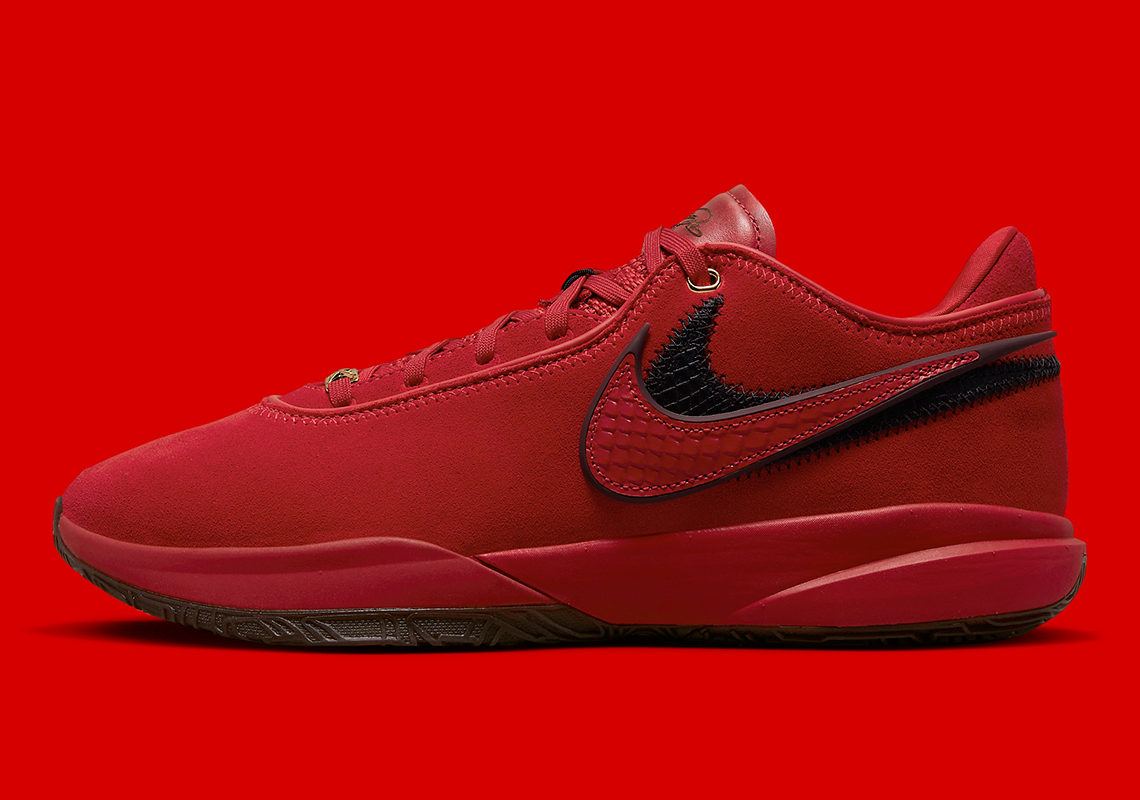 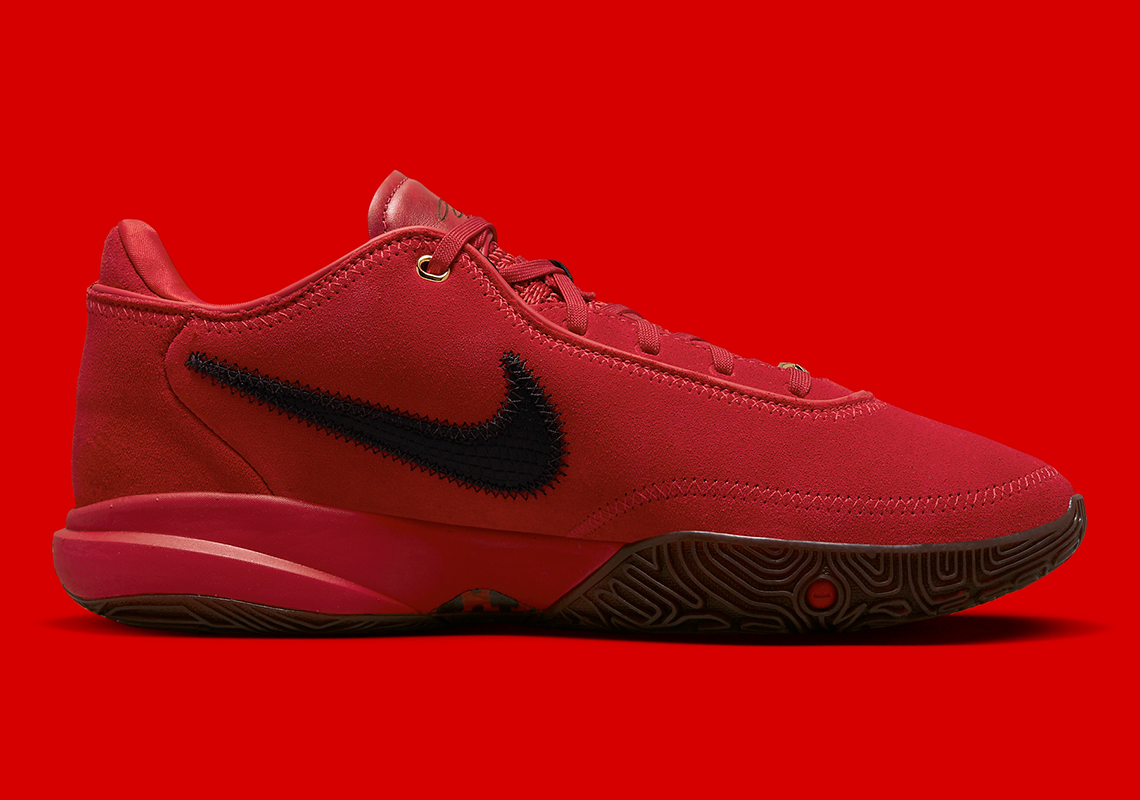 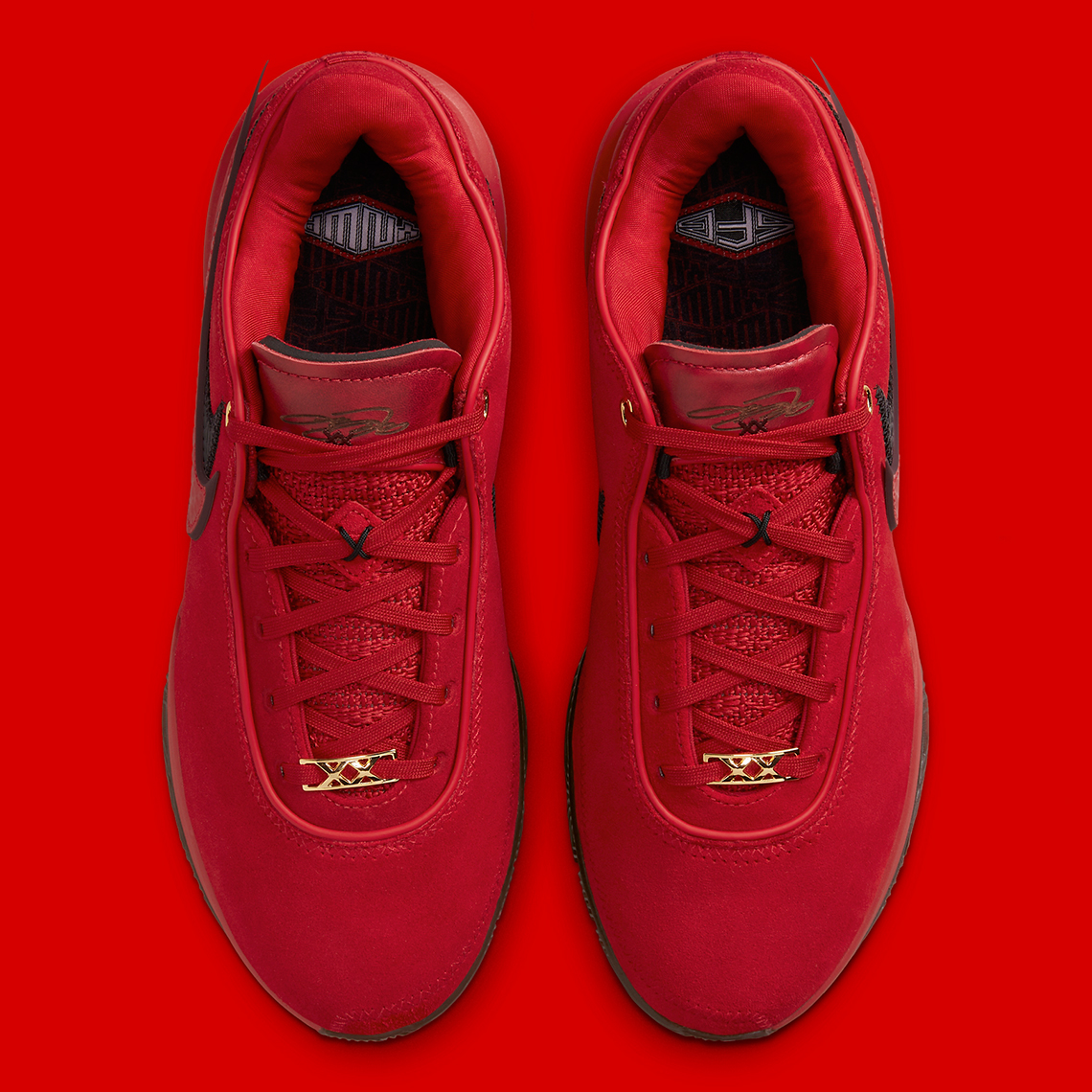 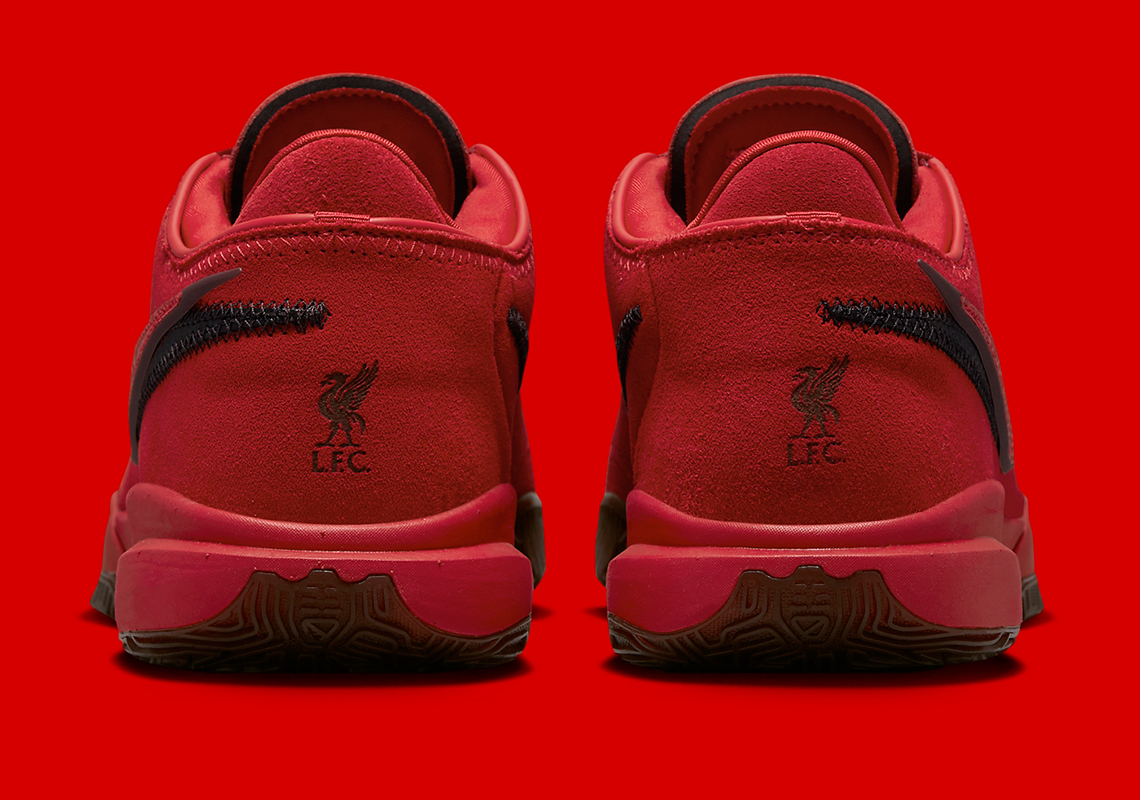 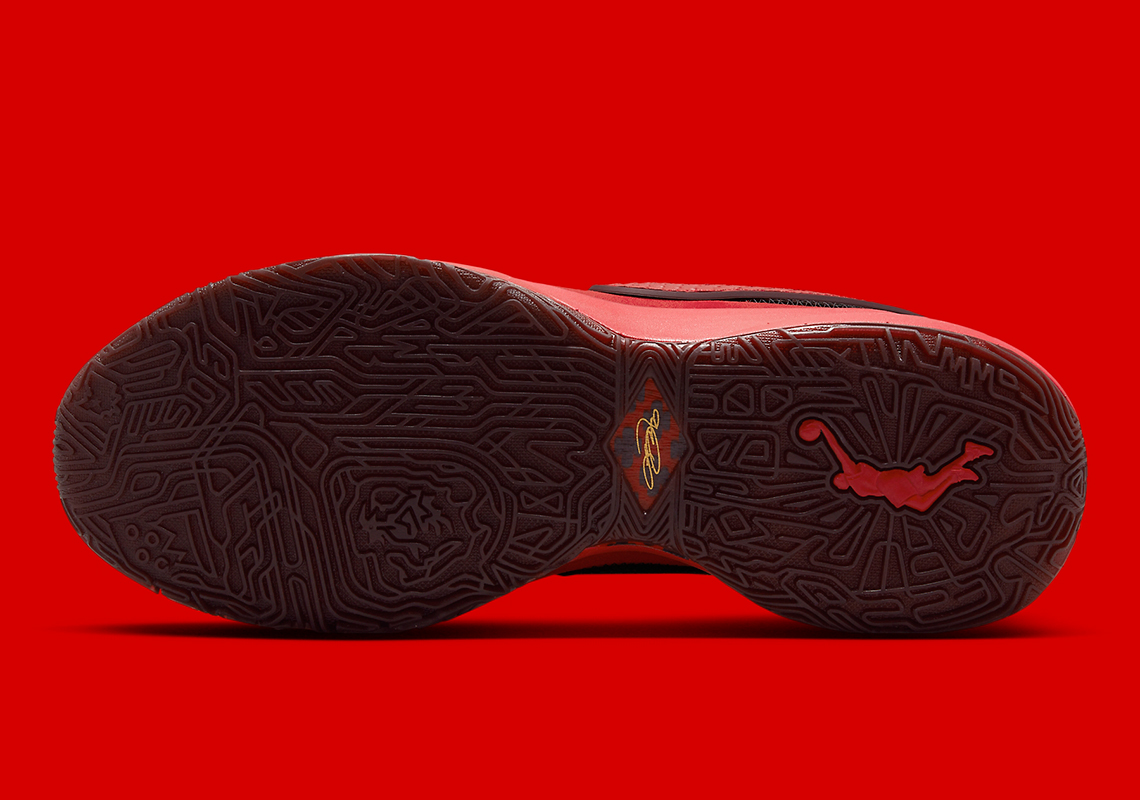 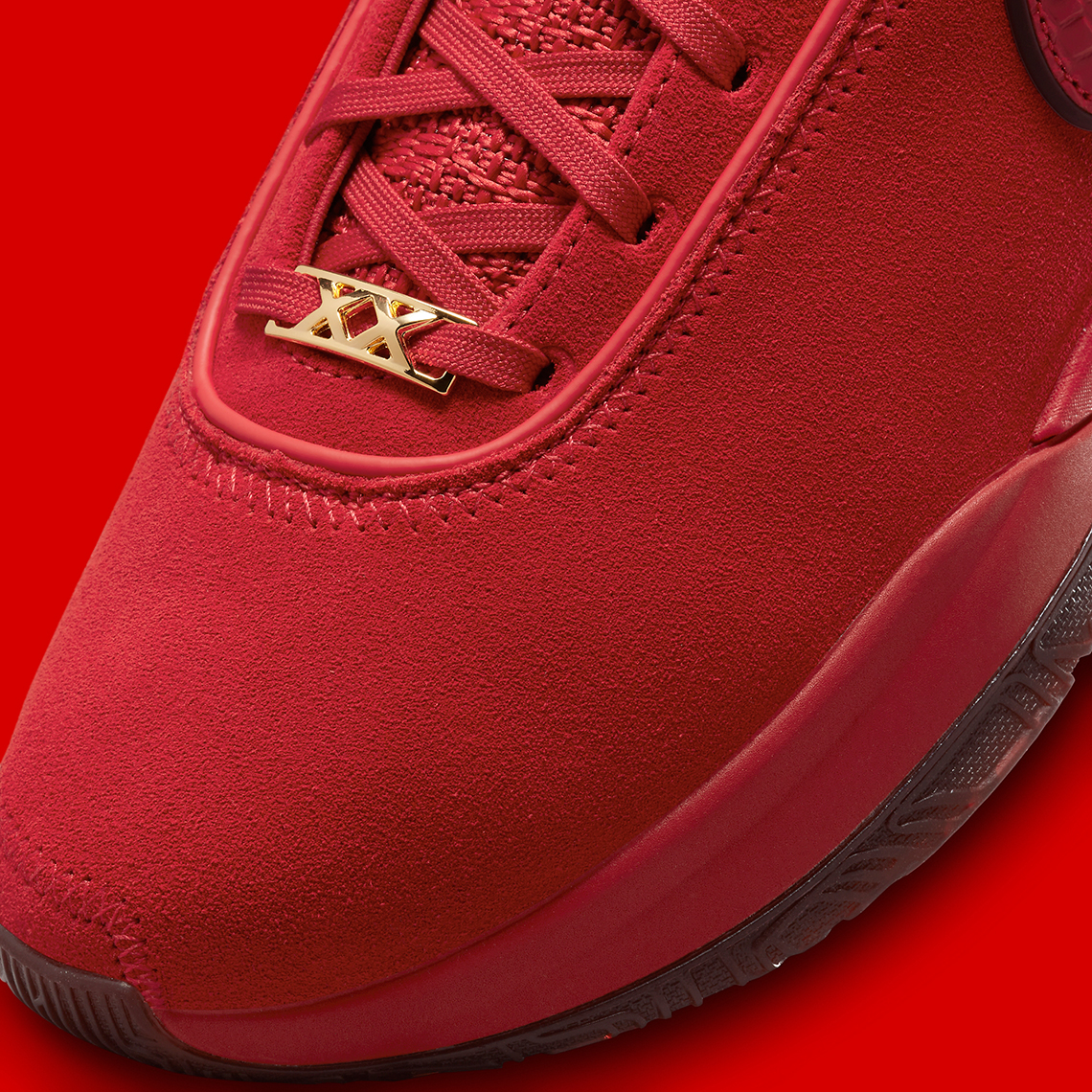 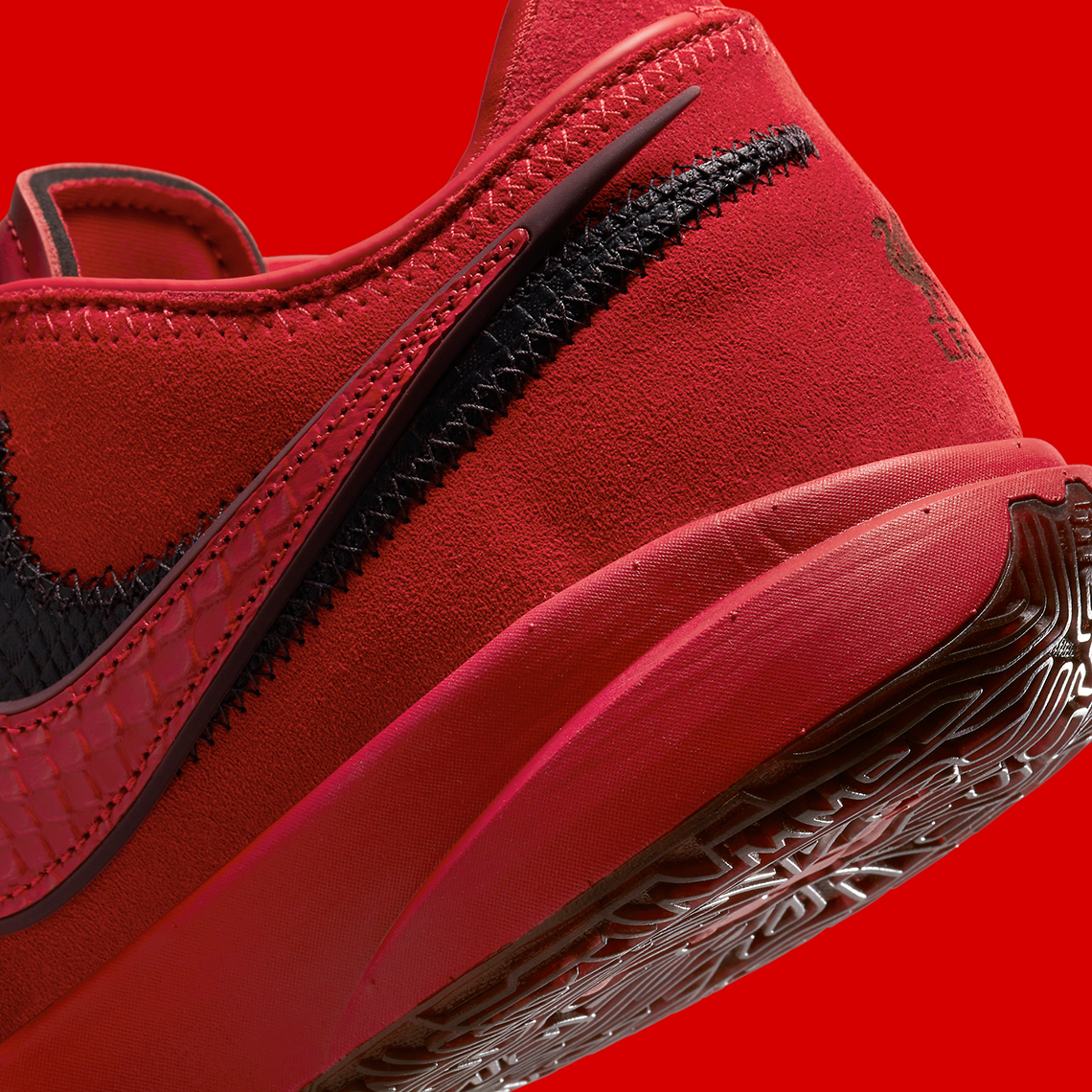 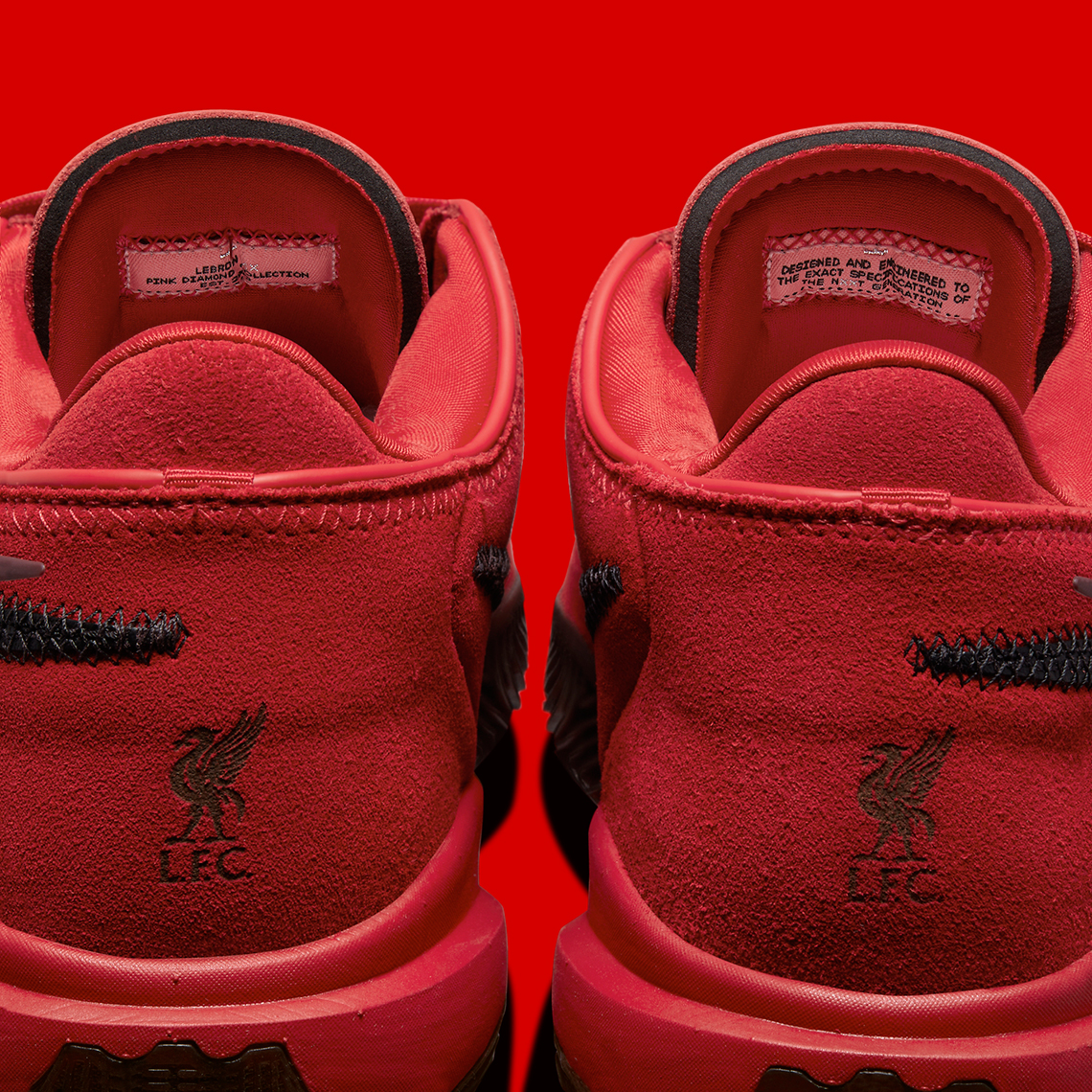