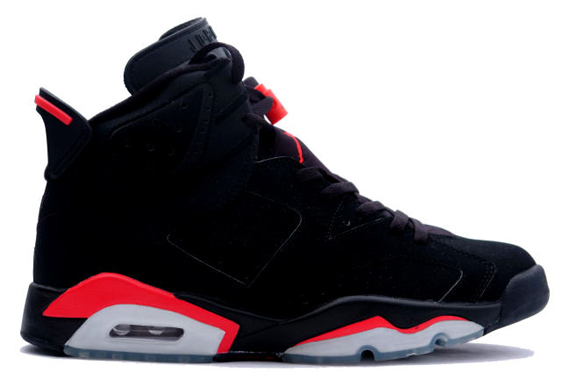 One of the most popular colorways of the Air Jordan VI, the Infrareds were retroed in August of 2000 to the delight of many Jordan-heads across the country.  They feature full black nubuck uppers with infrared accenting around the clear sole and the visible air unit – a very simple, but classic colorway.  They retailed at $120, but expect to pay well over that price to get a deadstock pair today.  Of course, you could always settle for the 2010 black and red versions, which are nearly identical, despite a few changes in minor detail such as black suede rather than nubuck, red instead of infrared, and a Jumpman on the back instead of the “Nike Air” logo. Pics via Kixclusive 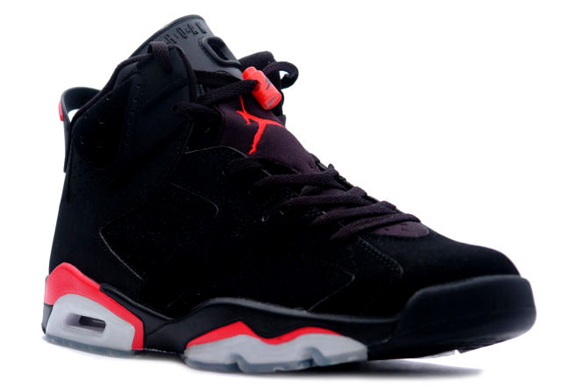 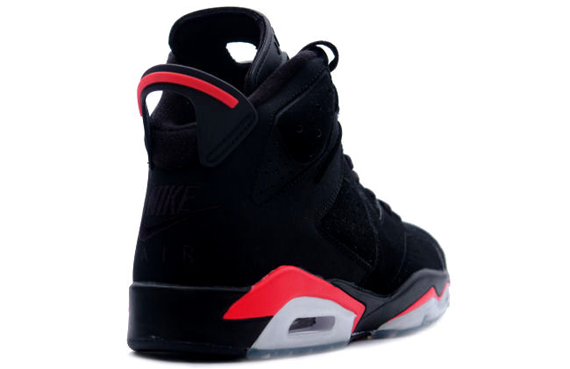 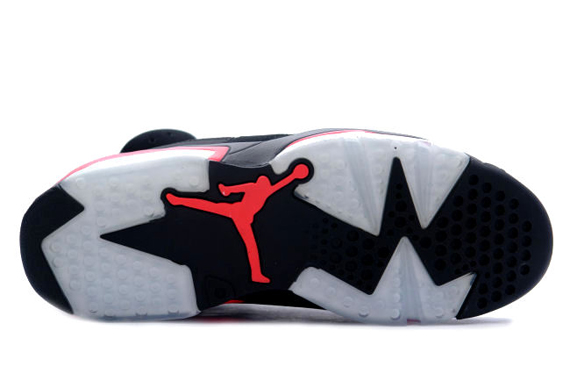 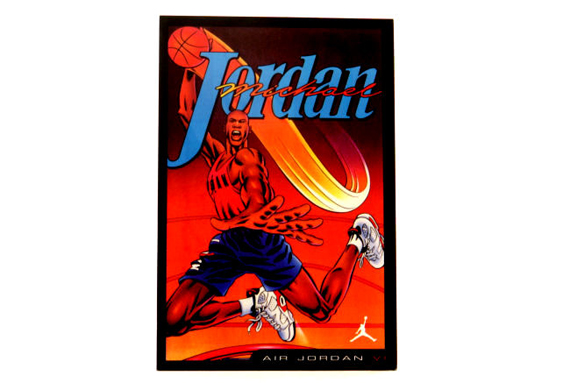 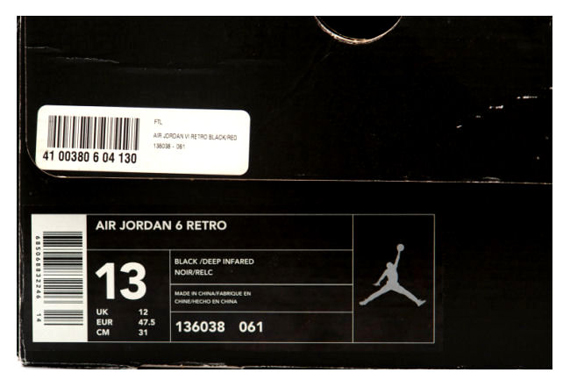