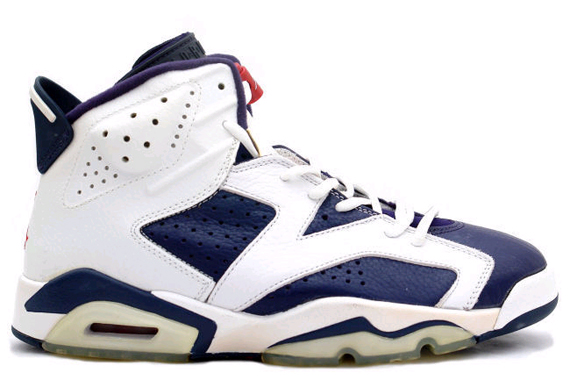 Although never sported by MJ himself, this colorway still remains one of the most popular versions of the Air Jordan VI.  The kicks are nicknamed the “Olympic” VI’s because they were seen on the feet of Jordan Brand’s Ray Allen during the 2000 Sidney Olympics.  But be sure not to get these mixed up with the 2007 Olympic VI’s.  These feature navy blue and white leather uppers that make a great color combo.  The rubber outsole is clear, as usual, and the tongue is black.  The shoe is completed with red lace locks and red Jumpmans.  Pics via Kixclusive 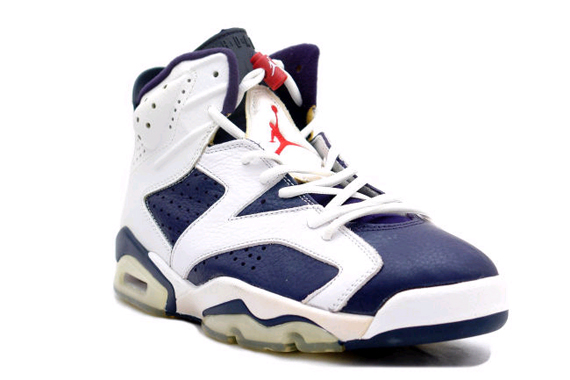 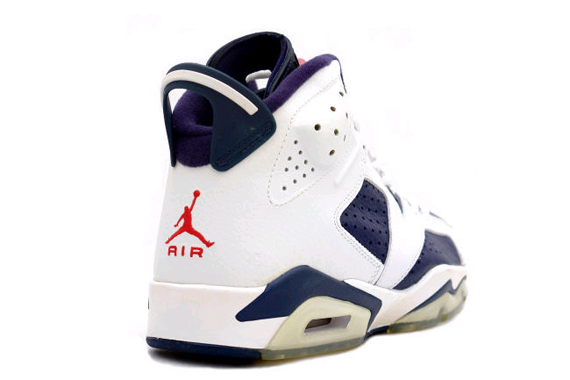 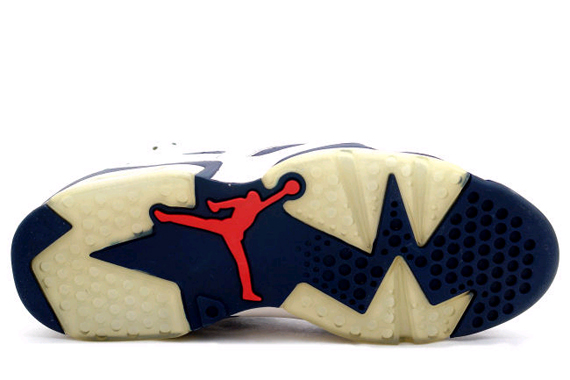 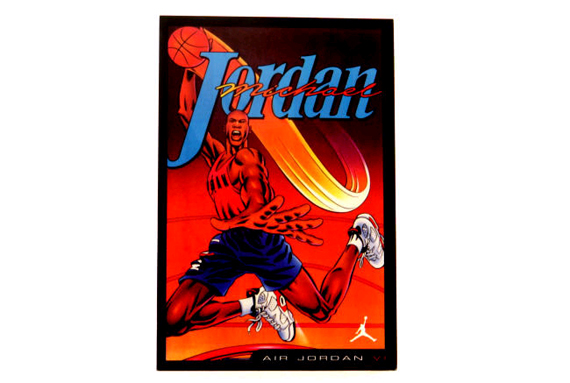 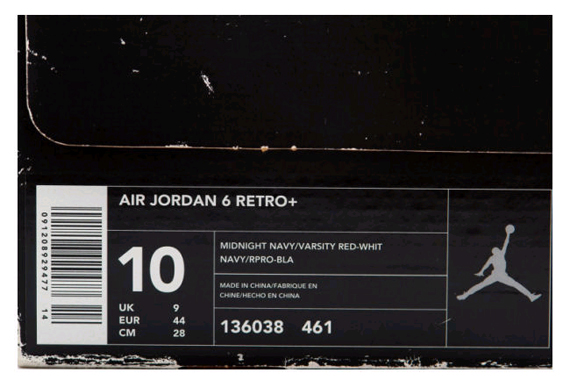