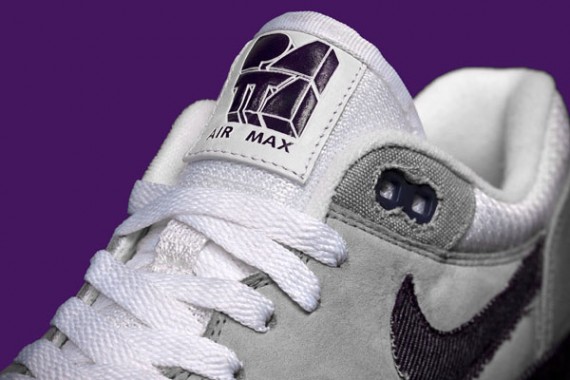 Nike and Patta seem to be collaborating on not one but two different Air Max 1 Premium sneakers that are hitting retailers this month. The first we showed you was the White and Chlorophyll colorway that is a Quickstrike release at select Nike Sportswear accounts worldwide. This second colorway is similar to the Chlorophyll in that the materials used are almost identical however instead of Chlorophyll, Purple is used as a replacement. The team at Patta wanted to pay homage to the original Air Max sneaker from Nike that was released in 1987 and designed by the infamous Tinker Hatfield but make it more “street-friendly”, thus Purple Denim, canvas, and nubuck was used while keeping the color blocking similar to the original Air Max 1. These White and Purple Nike x Patta Air Max 1 Premium TZ sneakers are available now exclusively at Patta in the Netherlands.