Having had the taste of victory the season prior, Michael Jordan entered the 1991-92 NBA Season with ‘swag’, an unshakable and indefinable confidence that cast a shadow on the entire league. Winning was everything for Michael, as displayed by his leadership of the Chicago Bulls to a then-franchise record sixty-seven wins and a second trip to the NBA Finals. Jordan began the NBA Finals on a high note, finishing the first half of Game 1 with 35 points and the infamous shoulder-shrug after hitting six three-pointers – an outstanding scoring feat even Jordan himself couldn’t comprehend, as he looked to those in the audience for some sort of explanation. Michael Jordan led the Bulls to an eventual (and inevitable) victory over the Blazers while capturing the NBA Finals MVP, which completed the trifecta of MVP awards of that season. However, according to Jordan himself, winning his second championship wasn’t his favorite moment in the Air Jordan VII. In fact, that moment occurred halfway around the globe.

Months after winning his second title, Michael Jordan embarked upon a journey to the international stage, as he, alongside eleven other NBA superstars, formed the U.S. Olympic Men’s Basketball Team. Prior to the 1992 Olympics, NBA players were not allowed to participate in the Olympics, but in 1992, the ‘Dream Team’ was formed and steamrolled through the competition and dominated each and every contest by wide margins. Michael Jordan, who wore the ‘Olympic’ colorway of the Air Jordan VII, captured his first and only Olympic Gold Medal, and refers to his experience in Barcelona as “one of the best times of my life”.

The Air Jordan VII was designed once again by Tinker Hatfield, who was behind the Air Jordan III-VI, and was inspired by African tribal artwork. The design was also an evolutionary step forward from the Air Jordan VI while adopting some structural ideas from the Nike Huarache based on the cut and construction of the ankle. However subtle the jump from 6 to 7 may be, some major differences should be noted. For one, it did not featured a visible Air unit that was seen on the previous four models, nor did it showcase any sort of Nike logo or branding with the exception of the insoles. The shoe itself was very minimal with branding, as it featured just a small Jumpman on the upper ankle and the bottom sole, an AIR JORDAN label on the tongue, and Jordan’s ’23’ on the heel (‘9’ on the Olympic version). As Jordan did with his previous models, he debuted the Air Jordan VII at the NBA All-Star Game, wearing the ‘Bordeaux’ colorway, and then followed that with the ‘Hare’ for the rest of the season, the Black/Red colorway for the 1992 Playoffs, and the ‘Cardinal’ for the first half of the 1992-93 season. Michael also wore the French Blue colorway during his years with the Wizards. After Retro releases in 2002, 2004, and 2006, the Air Jordan VII was released once more in 2010 in ‘Premio’ form as part of the Jordan Brand Bin 23 Collection. Continue reading for a look at Michael Jordan and the Air Jordan VII and stay tuned to Sneaker News for the next installment of Michael Jordan Through The Years. 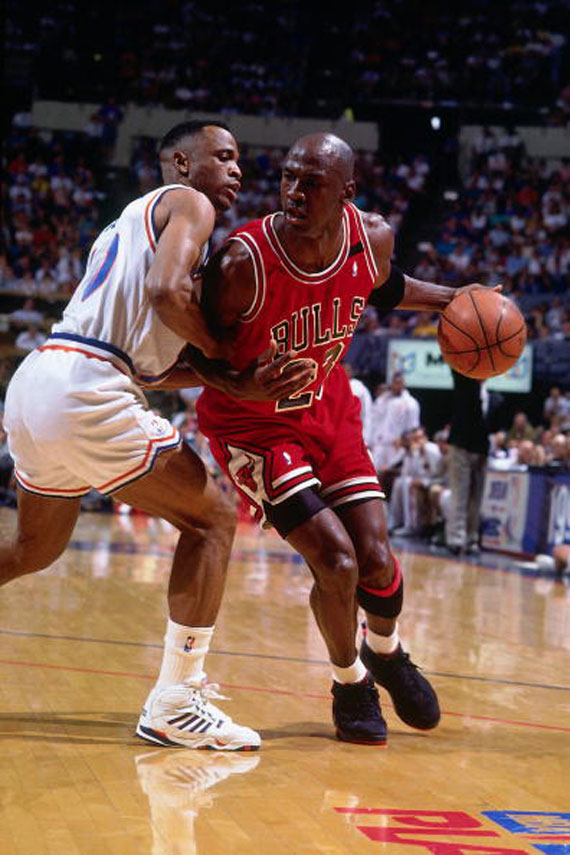 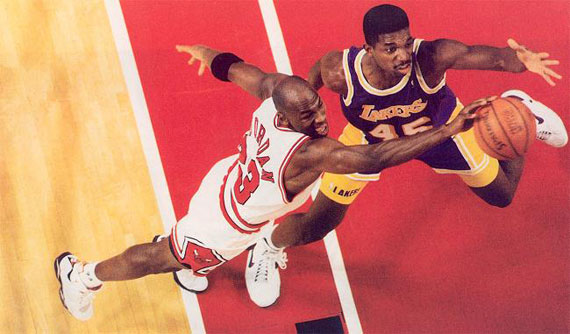 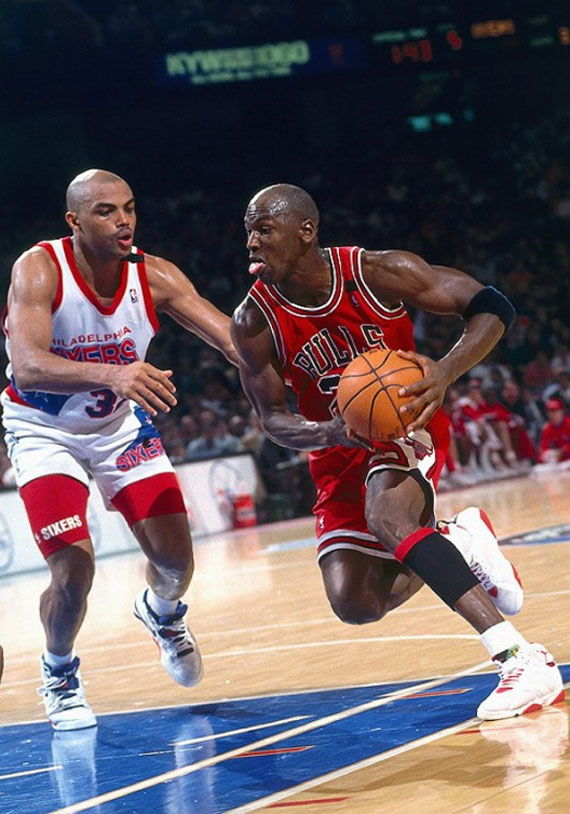 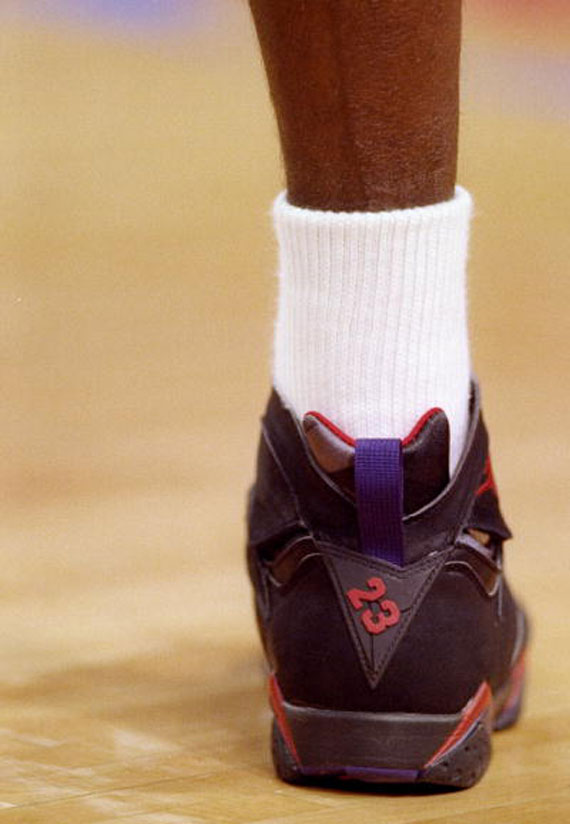